From being teased for his small size to becoming one of the biggest names in Brazilian bodybuilding, Fernando Sardinha knows what it takes to reach the top.

With over 135 contests and 128 medals under his belt, Fernando has competed for over 3 decades and is still going strong. He continues to inspire generations of people, and this is his story: 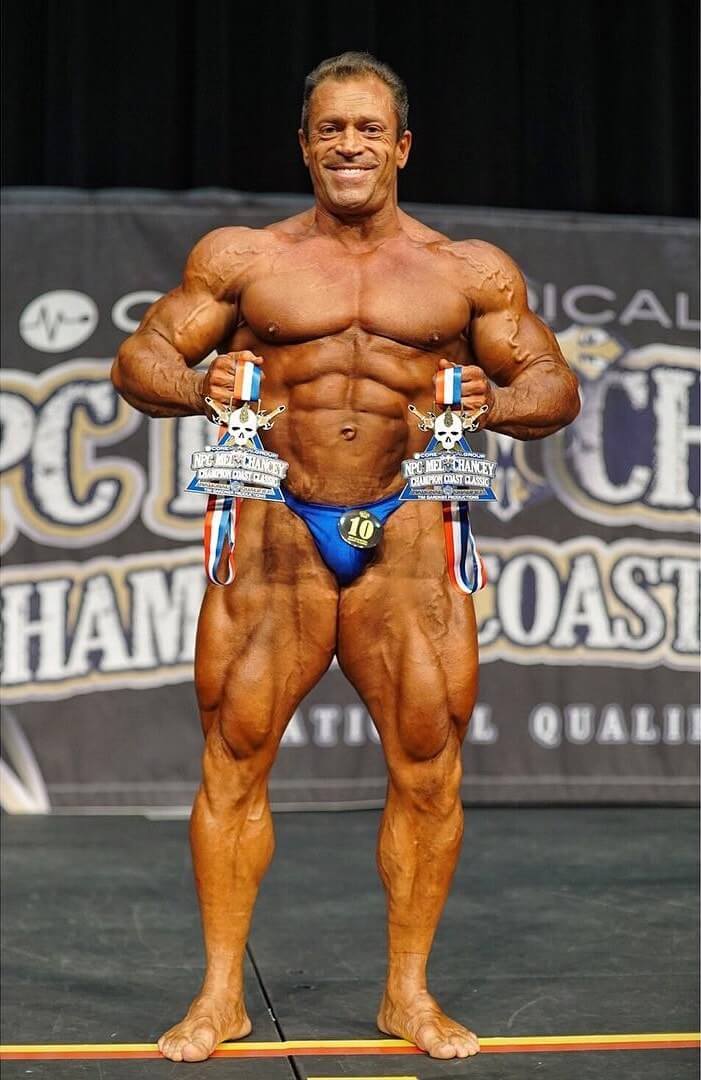 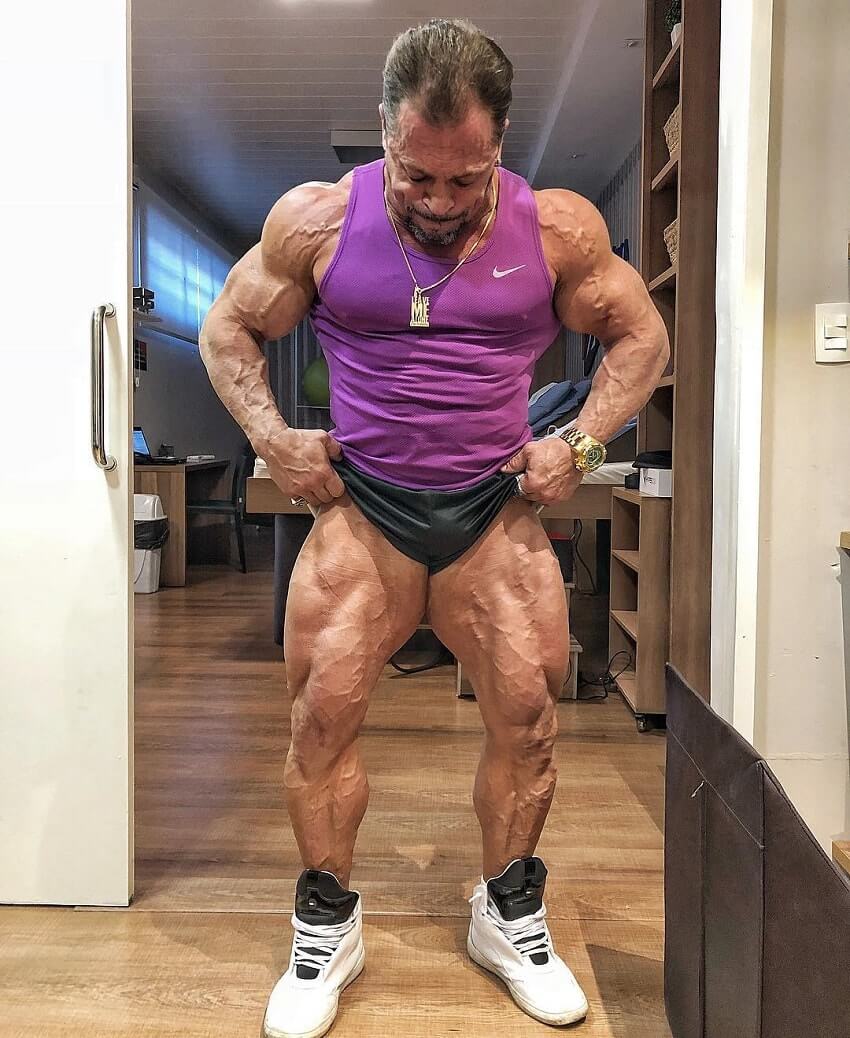 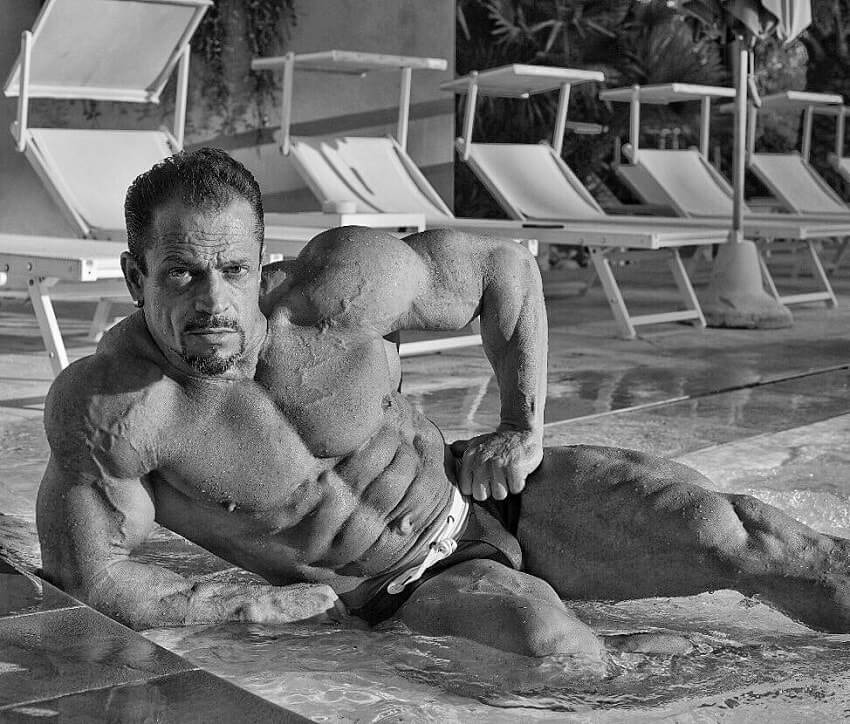 From Martial Arts to Bodybuilding

Fernando Sardinha is a Brazilian bodybuilder who was born in 1969, in São Paulo.

He began training in the gym at the age of 15, with the goal of becoming stronger and better in martial arts.

“I started training at the age of 15 at the old Olympic Center to improve my judo conditioning. I practiced judo since I was 5 years old.”

However, after entering the gym for the first time, Fernando caught the lifting bug and his interests changed. It wasn’t long before he left martial arts behind to become a bodybuilder. 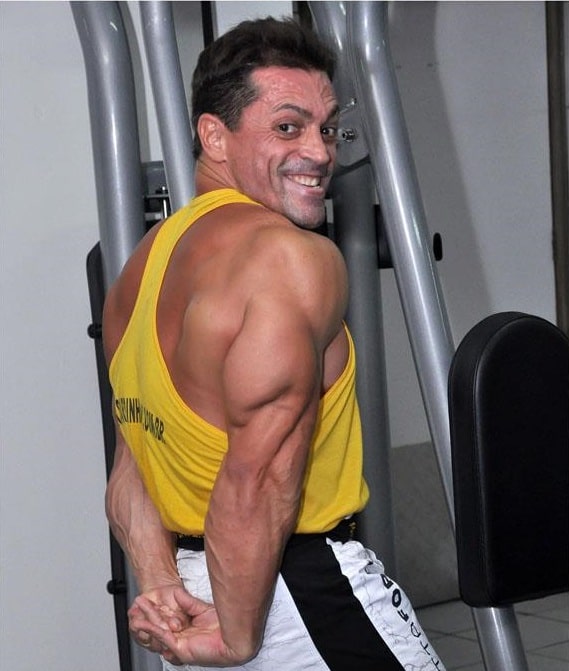 From the moment he first stepped foot into the gym, Fernando knew he’d compete on the bodybuilding stage sooner or later. But in order to get there, Fernando had to overcome some obstacles first.

Initially, Fernando faced a lot of criticism from his family – they didn’t support his decision to become a bodybuilder.

Not only that, Fernando also faced mockery from other bodybuilders in the gym. The place where he trained had a custom that every member needed to have the nickname of a certain fish.

Since Fernando was one of the smallest gym members, he was nicknamed “Sardinha,” after sardines. Although this didn’t sit well with Fernando at first, he grew fond of the nickname over the years.

As much as others criticized and teased Fernando for his ‘skinny’ looks and for wanting to become a bodybuilder, he took it all in his stride.

He kept training hard every day, and eventually, sculpted an outstanding physique. This is where the criticism stopped.

In fact, Fernando became so self-confident that he went on to compete in his first bodybuilding show – the 1989 Paulista Championships.

Weighing 70kg of ripped muscle, Fernando outshone everyone else that day, winning the contest. 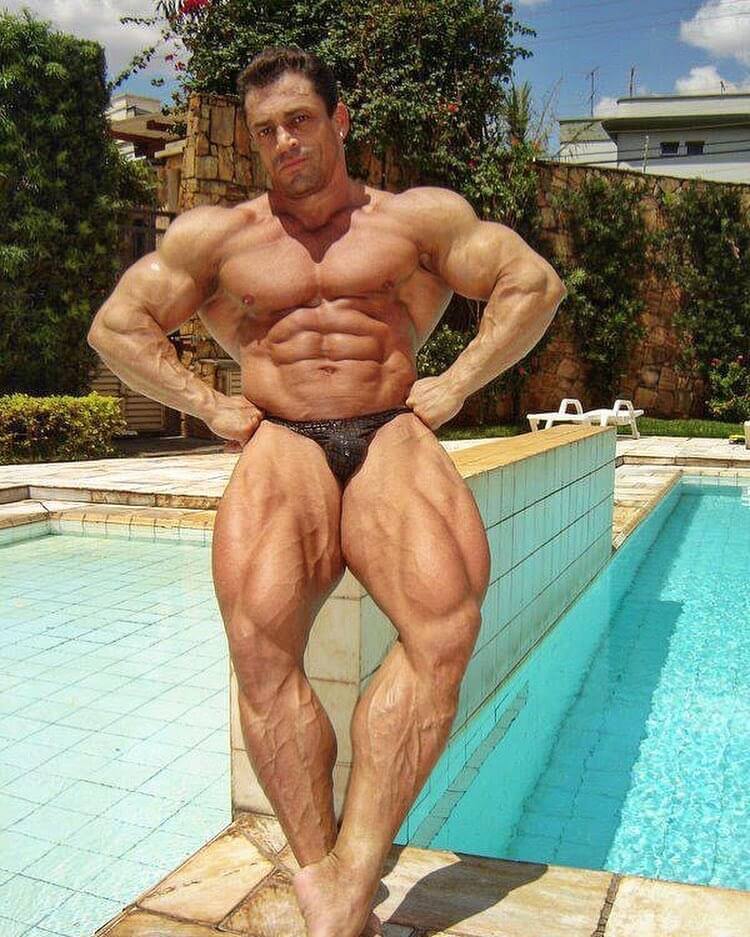 From the moment he won his first show, Fernando worked hard on making bodybuilding his full-time career.

In the process, Fernando Sardinha has become an icon of bodybuilding in Brazil.

Even though he’s now in his 50s, Fernando doesn’t look to be slowing down anytime soon. Not only does he continue to compete in bodybuilding, he also has a growing online presence – helping fans around the world achieve their best physiques. 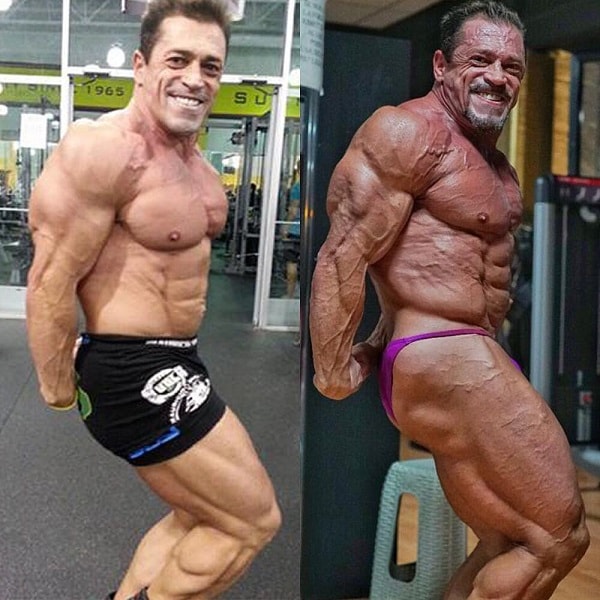 Fernando Sardinha before and today.

That said, Fernando keeps his form strict at all times. If he needs to lower the weight in order to do a perfect rep, he’ll do it. 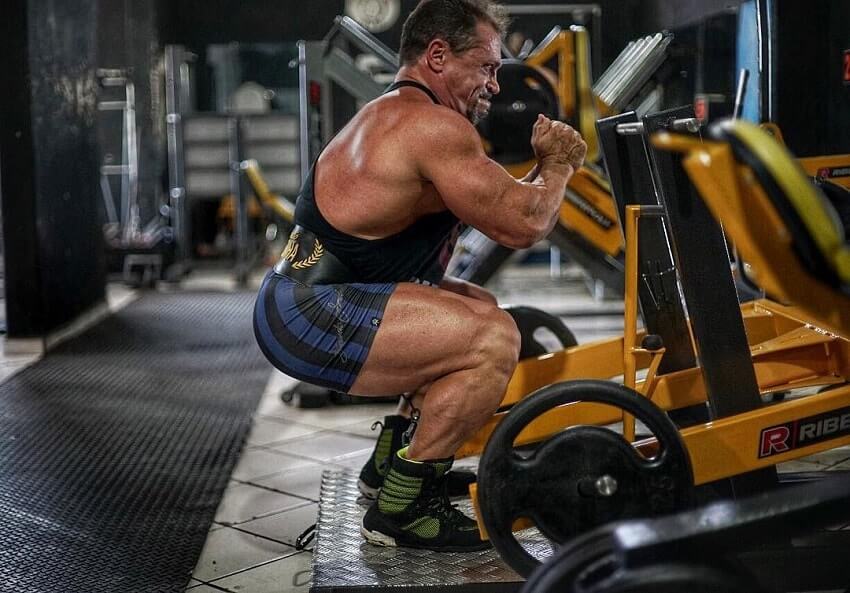 There are two main phases in Fernando’s training: “off-season” and “pre-contest”.

When there are no shows coming up, Fernando will train six times per week and work on a different muscle group every workout.

As the contest date comes nearer, he’ll start training less often but with more intensity. His workouts last about 45 minutes during the contest phase.

Fernando also reduces rest between his sets, includes multiple muscle groups per workout, and does supersets to further increase the intensity. 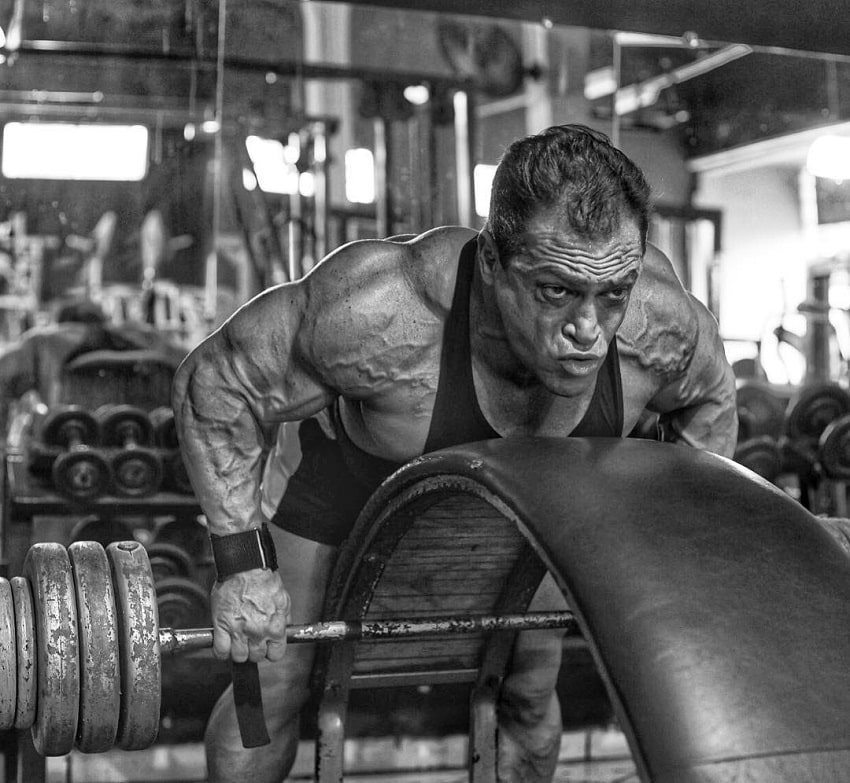 During contest prep, Fernando trains 3-5 times per week. Here’s how his split looks like;

Music For the Intensity

Fernando loves listening to music as a way of boosting his training intensity.

This especially applies to his ‘in-season’ workouts where he needs to train extremely hard for contests.

If his workouts demand it, he’ll also throw in a couple of scoops of maltodextrin powder as an additional carb source for energy.

Alongside whey and maltodextrin, there are a couple of other supplements Fernando takes. They include;

Fernando’s reason for taking high doses of glutamine is that it improves his muscle recovery, along with repairing his gut lining for better digestion. 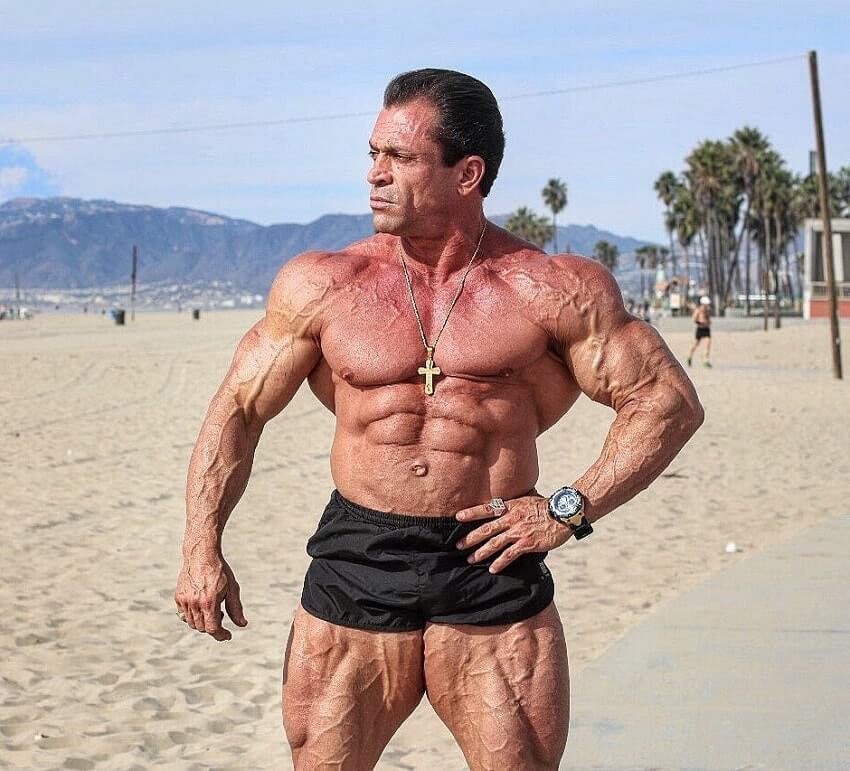 Fernando says it’s impossible to name just one or two bodybuilders that inspire him.

Here’s the full list of people whom he admires; 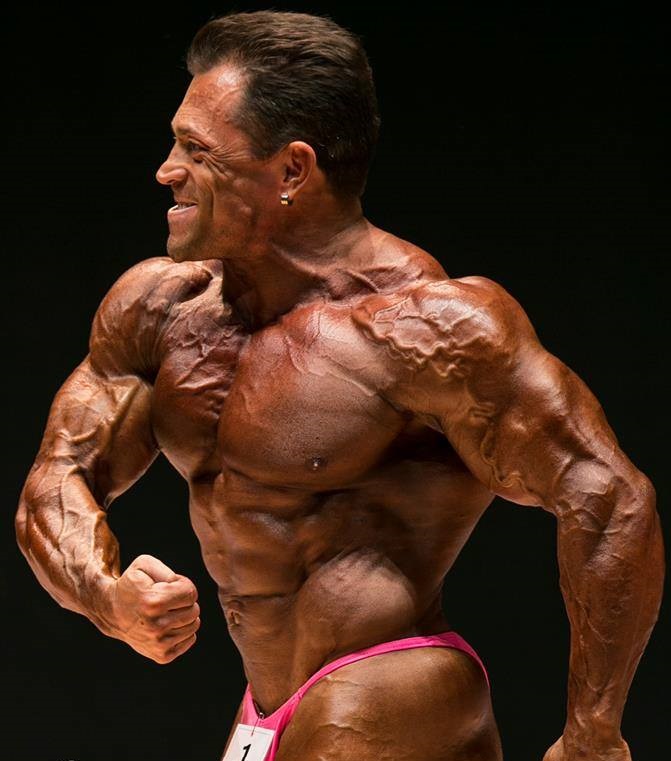 What we can learn from Fernando Sardinha

What we can learn from Fernando Sardinha is that through hard work, you can achieve anything.

Fernando was a ‘skinny’ kid growing up. His family criticized him for wanting to become a bodybuilder, and other guys in the gym gave him the nickname “sardine” for his small frame.

But Fernando had a passion within him. And by channeling that passion through lifting weights, he turned the odds in his favor and became a successful bodybuilder.

His story leaves us with one simple, yet powerful lesson; if you want to become successful, you should be ready to overcome any challenge that comes your way, including criticism and doubts of other people.

I am a huge fan and believe you have the best physique in bodybuilding. Do you offer online training? I want to learn from.the best.