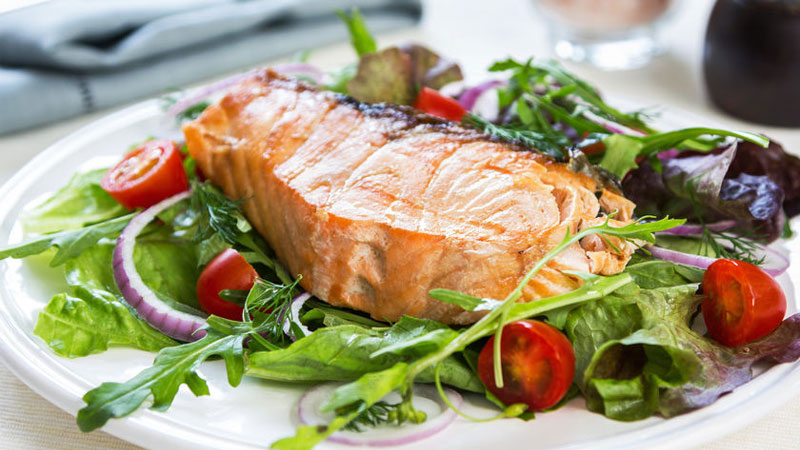 The key to a healthy, wholesome life is a balanced diet. Foods high in nutrients provide the energy you need to perform well and stay healthy. But does that mean ‘clean eating’ is the way forward? Probably not… here’s why.

You can’t expect to be lean, toned and be at your best if the bulk of diet is low on nutrients. Choosing the right foods fuels your performance – whether that’s in the gym, on field or around the court. It gives you the spring in your step, the smile on your face and the glint in your eye.

The idea of clean eating is one that’s gaining popularity week after week – particularly with the social media fitness influencer crowd who advocate a diet based on so called ‘clean’ foods.

However, it seems that science tells us a different story. One that’s not all single-digit body fat or toned arms and thighs.

Does clean eating have a dirty side? We take a look…

What is Clean Eating?

Clean eating is based on a diet rich in whole, nutritious foods that are grown naturally, while at the same time avoiding refined or high-calorie foods.

We know that a poor diet can lead to ill health, diminished fitness levels and obesity. There are numerous studies showing those that more high-calorie/low -nutrient food in the diet leads to heart disease and other life-threatening disorders.

It’s important to limit how much junk food you eat.

Over the past few years, the term ‘clean eating’ has become more and more popular. In fact, it’s become so ingrained in modern nutrition culture it’s now somewhat a craze – almost religion like.

Clean eating implies a diet consisting of whole, real foods – ones that grow naturally and are packed densely with vitamins, minerals and key healthy nutrients. Based around plant-based, animal and whole-grain foods, clean eating tells you to avoid foods that are:

Instead, it’s all about nature. If you can’t grow it or kill it, you avoid it. Simple.

Obesity rates are increasing at an alarming rate

The number of people classed as overweight or obese in the US is now at a belt-bulging 36.5%. As many as 15.5 million Americans have a BMI that pops them directly in the morbid obesity range.

The reasons are probably multi-factorial. Genetics play a part, as does medication and illness. But the most modifiable causes of excess body at are a lack of physical activity and poor dietary choices.

One thing’s for sure – we now have access to any foods we want… at all times of day.

The 24-hour ‘food environment’ we now live in means it’s far easier to get any kind of food we can imagine. More often than not, delivered right to our door without a second thought. Gone are the days of hunting your meals or going days without a single thing to eat.

There’s a responsibility on our part to make wise, informed decisions about what we put in our bodies. If you want to promote health, stay lean and reduce the risk of long-term illness, you have to start in the kitchen.

In theory, clean eating is a great, wholesome idea

The clean eating movement was designed to help people make better decision about the foods they eat. Advocating a diet lower in sugar, oils and high-calorie foods in favor of vegetables and lean proteins makes complete sense.

Foods that are minimally processed tend to be more nutritious – and being more conscious about healthier choices tends to result in a better overall lifestyle.

Here are some of the more common ‘guidelines’ for clean eating:

As you can tell, there’re no hard or fast rules when it comes to clean eating.

In fact, terms such as ‘clean’ and ‘unprocessed’ are ambiguous, meaning different things to different people. It’s easy to miss the point altogether.

Quite often, clean dieting labelled as a ‘way of eating’ rather than an actual diet. The guidelines are set out to ‘steer’ you towards healthier options. For many people, checking labels, tracking calories and generally understanding more about what goes in your body isn’t a bad thing at all.

The Dirty Side of Clean Eating: Here’s Why It Doesn’t Work for Everyone

The clean eating ‘movement’ started pretty innocently. Making better food choices gives you a better chance of achieving that all-important calorie deficit for fat loss. The actual origin of the term is still unknown. It’s just one of those things that came out of nowhere – we see them all the time in fitness and nutrition.

The problem with new diets of course is that they often get hugely popular before scientists get chance to test them for safety, effectiveness and suitability.

Are there really ‘good and ‘bad’ foods?

The nature of clean eating suggests there are foods that aren’t clean, but ‘dirty’. As a society we like to categorize things in the simplest way possible – and ‘good’ or ‘bad’ foods is a simple enough way to do that. The problem is though, the vague nature of this classification can cause more issues than it solves.

Are ‘bad’ foods going to halt your progress or make you ill? No, not unless they form the bulk of your diet.

Fat loss all comes down to calorie intake.

Whether you eat a garden salad at lunch or a huge burger instead – it doesn’t matter as long as in the long-term, your calorie intake is lower than what you burn off each day.

It’s a game of calculated balance.

The problem with labeling foods as bad is that they really aren’t. They’re just a part of the overall picture.

Take a pizza for example. It’s made up of tomatoes, high-protein whey, wholegrain flour, vegetables and maybe some meat. They’re all ‘clean’ foods, right? So why is this nation’s favorite demonized on a clean eating diet? Simply because it’s high in calories, that’s why. It’s not bad per se.

As long as you achieve your deficit, you can eat sugary foods or high-calorie snacks every now and then. You just need to manage how much you eat overall. Yes, some foods are more nutritious than others… but there’s a place for all foods and snacks during healthy dieting.

In the real world, constant restriction will eventually lead to ‘falling off the wagon’ altogether.

This starts a cycle of guilt, emotional eating and negative associations with food. Having an occasional treat is a great way of satisfying your cravings without coming off plan. Guilt free snacking?! There’s nothing better.

However, one article from the British Medical Journal found that it could actually be having an adverse effect. The-so called ‘cult of healthism’ forged by devotees to clean eating, was claimed to be causing more issues than it was fixing. The research article suggested that some more hardcore followers of the diet were obsessive and that the emphasis on cleanliness was worrying and out-of-proportion.

“Food should be our pleasurable fuel, not our destination ~ BMJ”

There are quite a few studies showing how restrictive eating can ruin your goals altogether – especially compared to a flexible diet plan that allows cheat meals and the odd snack here and there. Conversely, there are lots of clinical trials showing that flexible eating such as calorie shifting diets result in better fat loss because they’re easier to follow.

Chances are, following a restrictive diet where you avoid the foods you love is like a ticking time bomb. It’s better to drip feed the odd treat here and there and keep your motivation high.

A clean diet can cause eating disorders

Where you draw the line is up to you of course. One thing we’re seeing more and more of is the negative impact of clean eating – the mental health issues, the physical illnesses. These are what happens when you take an idea and unleash it on the public with ambiguous guidelines.

There are numerous reports of men and women suffering from orthorexia – an obsession with clean eating. Sufferers become extremely obsessive about their diet, to the point where they become malnourished and ill.

According to the journal Neuropsychiatric Disease Treatment, orthorexia is “characterized by a restrictive diet, ritualized patterns of eating, and rigid avoidance of foods believed to be unhealthy or impure”.

It’s pretty common to cut out complete food groups on a clean eating diet. One of the most common is dairy because it’s high in fat and often ‘processed’.

That might seem like a good way of reducing animal fats in the diet, but it also severely restricts calcium intake too. Health experts think this is a serious issue, as many adults are putting themselves at risk of osteoporosis and other bone health issues in later life by missing out on higher amounts of calcium in the diet.

You can get some calcium from foods such as green vegetables of course – but not nearly as much as from dairy. 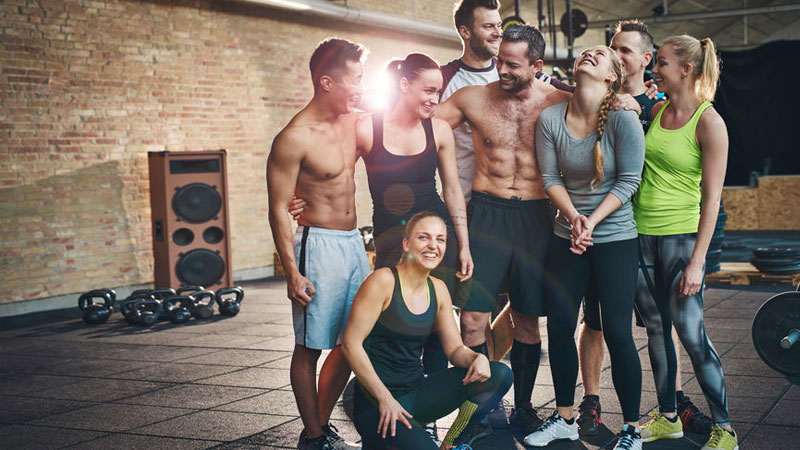 Key Point: Depriving yourself of the foods you love will eventually end up in a crash and burn scenario. Treating yourself every now and then helps you stay on plan without feeling guilty – that’s the real key to sustainable fat loss.

Good health and a lean, functional physique are achieved with a balanced diet and regular exercise. Clean eating is a popular dietary approach – and for some it works well. But it’s easy to take the ambiguous guidelines involved in this ‘way of life’ approach to eating and become obsessive to the point of causing ill health.