Dorian Yates is a 6 time Mr. Olympia winner and a bodybuilding legend. During his era, he dominated competitions, becoming an icon in the industry.

After retiring as a competitor, he started his own supplements company and opened numerous gyms to help others achieve their dreams.

But it wasn’t always a smooth ride for Dorian – he spent time in a youth detention centre and his career was ended prematurely by injuries. This is his story: 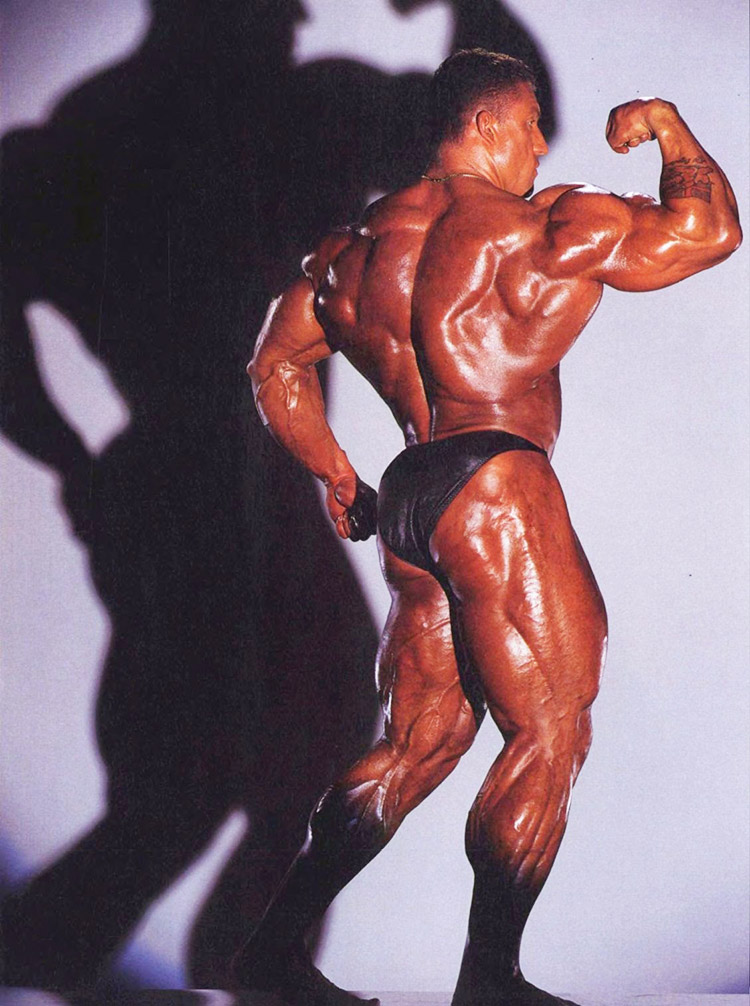 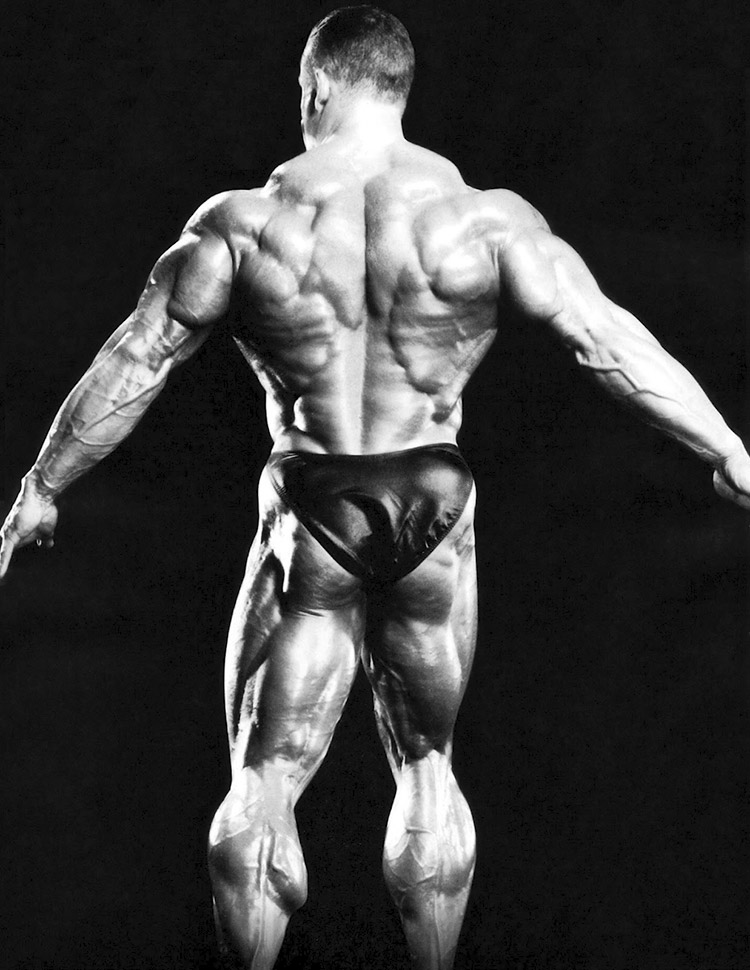 Born in Sutton Coldfield and raised in Hurley, England, Dorian Yates grew up without a passion for sports. Instead, he turned to a life of crime after being badly influenced at an early age.

At 16, in 1980, Dorian joined a skinhead gang after moving to Birmingham. Eventually, he was arrested after being involved in a riot.

At 19, Dorian was sentenced to 6 months in a youth detention centre.

Although he’d never worked out or played sports as a child, Dorian had grown up naturally athletic. This led to him gaining a reputation for his physique as an inmate, powerlifting to keep himself entertained.

Dorian quickly packed on the muscle and realized that he had the potential to succeed in fitness.

After being released, he was determined to never return behind bars. The future legend entered the gym at the age of 21, in 1983, beginning his journey to the top of the industry. 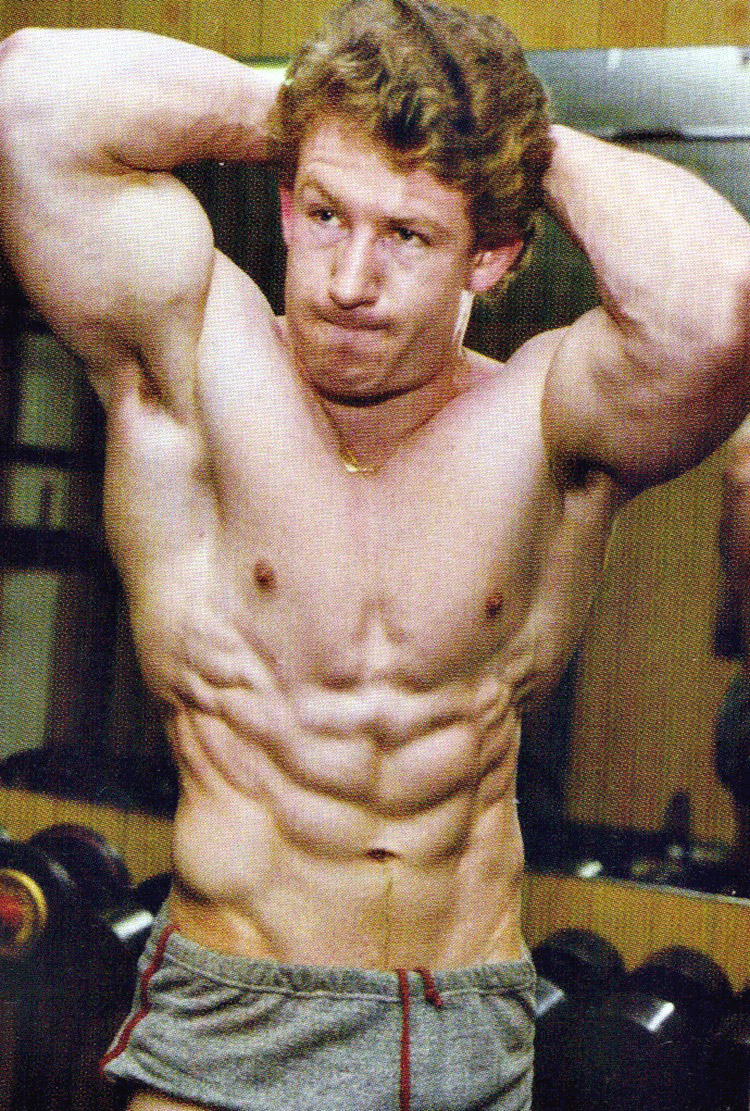 Dorian trained rigorously and set his sights on competing as a bodybuilder. After a year of working out and dieting, Dorian was on the way to sculpting a formidable physique.

He entered his first show at 22-years-old – the 1984 Mr. Birmingham novice. Impressively, he walked away from his debut competition with the trophy. But he was hungry for more.

In 19985, Dorian carried his success into 1985, winning the Novice West Coast show. That same year, he entered his first international contest – the 1985 IFBB World Games.

He was up against the likes of Berry DeMay and Matt Mendenhall, but even at the age of 23, Dorian was able to compete. He placed a very respectable 7th.

However, it was a year later when he won his first major competition – the 1986 EFBB British. He took home the trophy, but this only made him more determined to make a name for himself. 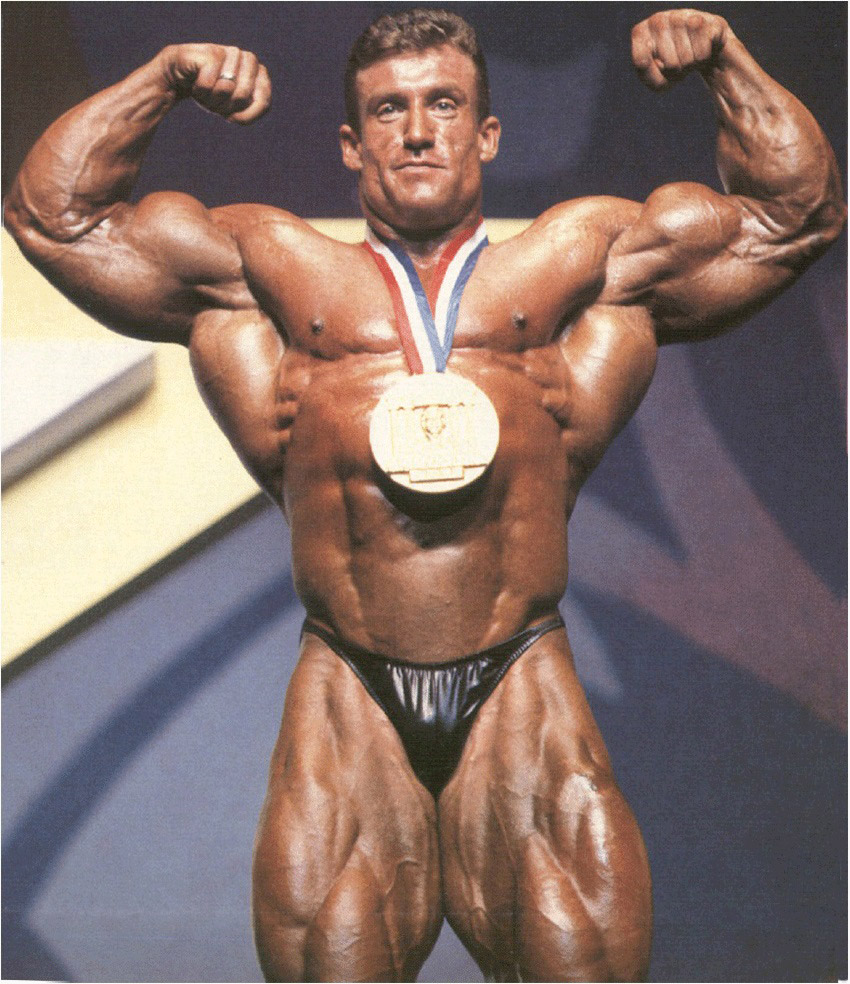 Dorian’s successful start to his career motivated him to take time away from the stage to develop his physique. He returned two years later, in 1988, to compete in the British Championships.

At the age of 26, 5 years after beginning his journey, Dorian earned his Pro Card after placing 1st. He had fulfilled his ambition of becoming a professional bodybuilder.

After earning his Pro Card, Dorian took another break away from the limelight. Instead of competing, he focused on developing his body further to win bigger shows.

He made his comeback at the 1990 Night of Champions. At this point, Dorian was still a low-profile bodybuilder, and he shocked the industry by placing 2nd in a show after beating the likes of Danny Padilla and Robby Robinson.

It was at this point that Dorian became recognized in the industry, gaining the nickname “The Shadow” due to coming out of nowhere to place highly in big contests. 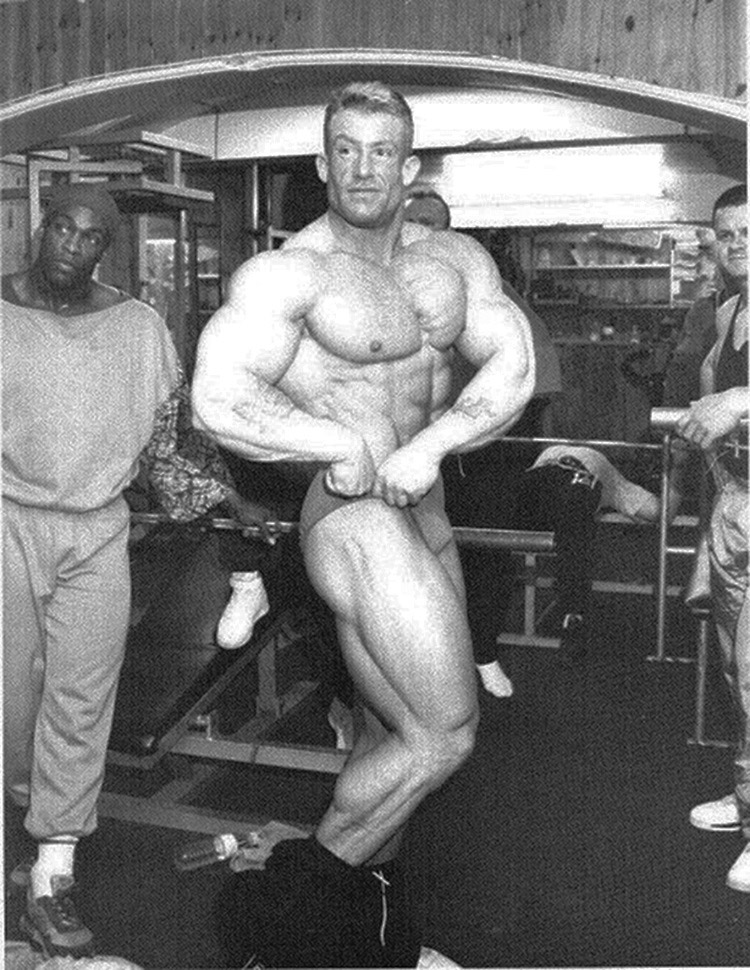 Dorian before stepping on stage at the 1990 Night of Champions.

In 1991, at the age of 29, Dorian had his most successful year yet. He returned to the Night of Champions and took home the trophy.

That same year, he entered the prestigious Mr. Olympia for the first time in his career. Although he didn’t win, he was only beaten by a legend in the sport, Lee Haney, after placing 2nd.

He ended the year by winning the 1991 English Grand Prix, but he knew he had to step up his game to win the Mr. Olympia show.

A year later, in 1992, Dorian returned to the Mr. Oympia and walked away as the champion. At the age of 30, he’d won the biggest show in the industry, but this was only the start of his reign at the top.

For the next 5 years, between 1992-1997, Dorian won every show that he entered. He secured his place as a legend of the sport after winning the Mr. Olympia a further 5 times.

Dorian was forced to retire after the 1997 Mr. Olympia due to a number of injuries that he’d suffered in the build-up to the show. Although he won regardless of torn biceps and triceps, he knew that his career was over.

Fortunately, in 1994, Dorian had formed a sportswear company with Mike and Ray Mentzer and took more of an interest in the business his retirement. In 2006, he created a nutrition company, selling protein and weight gain supplements.

Dorian also opened a franchise of gyms, which by 2016 had branches in both America and England. 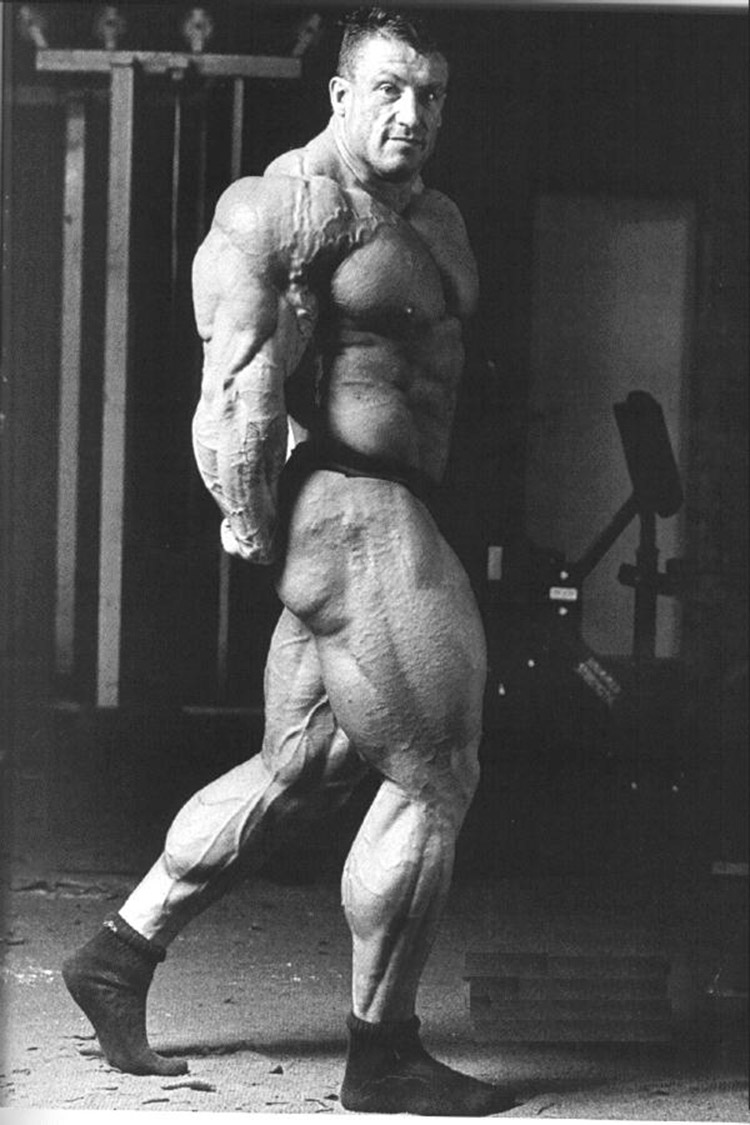 At the peak of his career, Dorian was training 4 times per week, allowing 3 days away from the gym for his body to recover and grow.

However, his training sessions were quite short as he utilized HIIT and performing fewer sets than other bodybuilders – 1 or 2 sets per exercise.

1 set of triceps pushdown of 15 reps for warming up

1 set of triceps pushdown of 12 reps

1 set of cable rows with overhand grip of 10 reps

1 set of bent over dumbbell raises of 10 reps 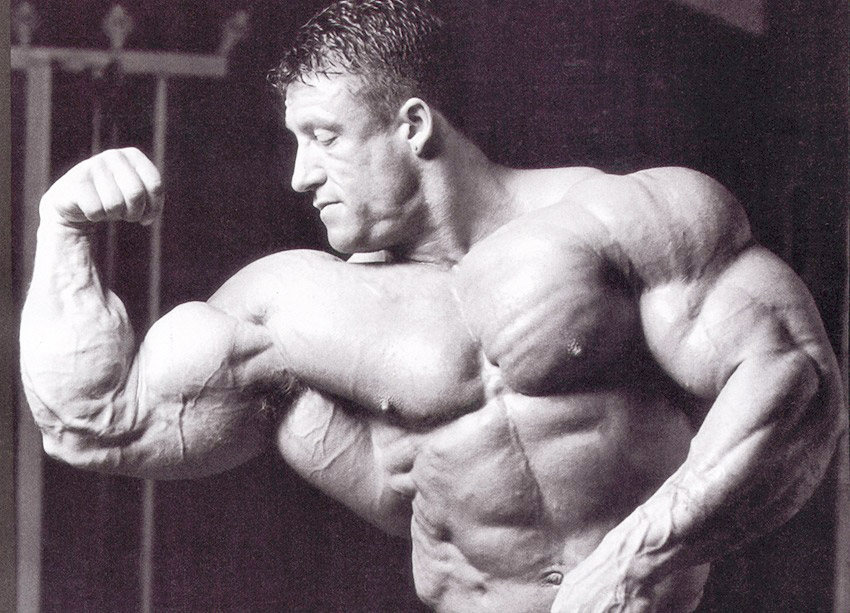 Dorian has always tried to consume 6 meals per day to keep his body fuelled and his metabolism high. He planned his meals around lean proteins, complex carbs, and green vegetables, eating at 2-3 hour intervals. 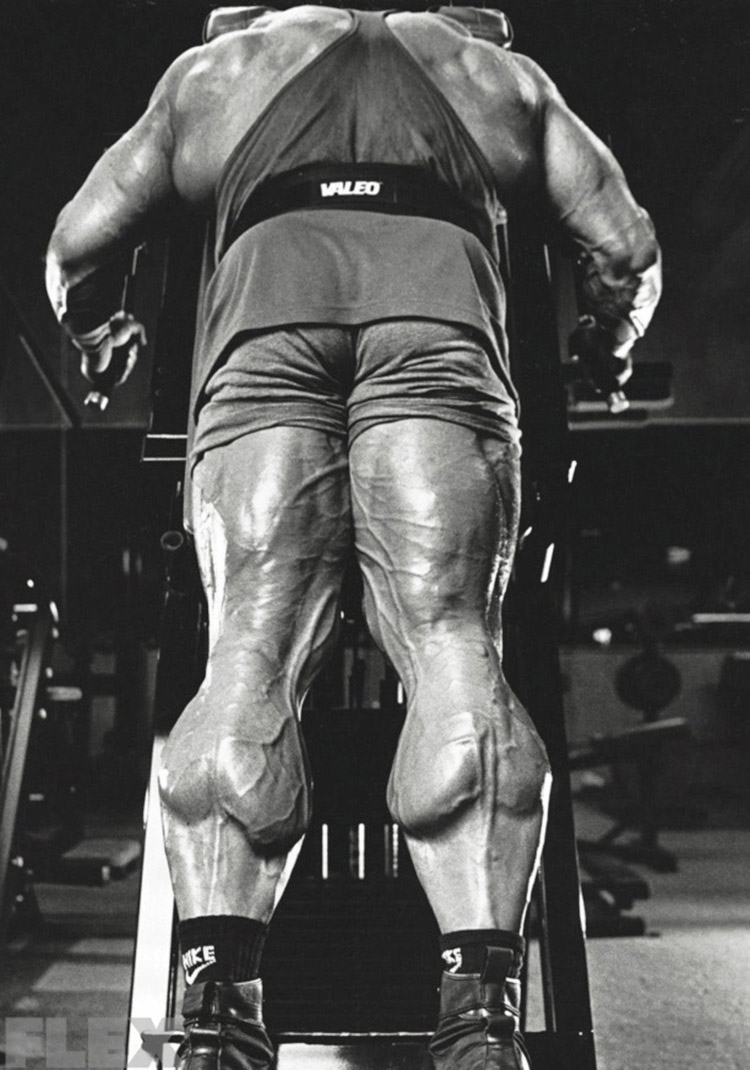 Dorian has become an icon in the industry, but he never took any inspiration from others during his career. Instead, he was always motivated by his own progress and success in competitions. 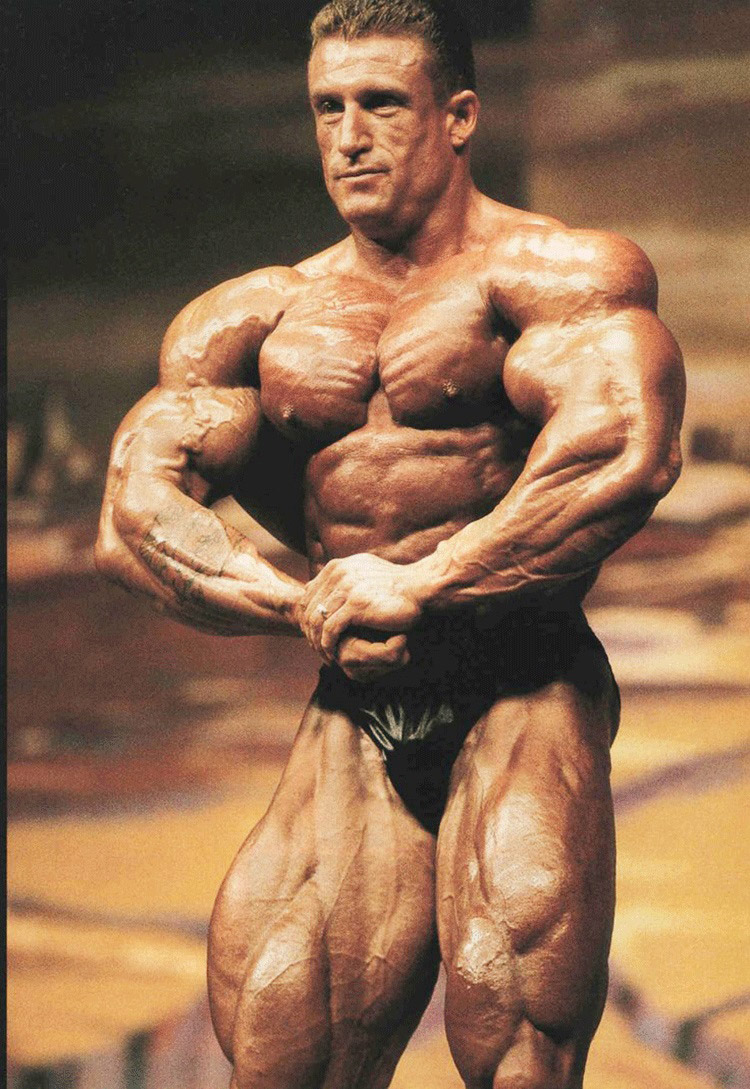 What we can learn from Dorian Yates

Dorian has taught us to make a change if we aren’t happy with our life. He realized that he was going down the wrong path after being arrested and sent to a youth detention centre, and started his fitness journey.

One thing we can learn from Dorian is that hard work will always get you results. He worked tirelessly to achieve his dream physique, taking time out from competiting every few years, and eventually coming back to win the Mr. Olympia 6 times.

[…] In 2008, Gal flew to Ohio, US, to represent a supplements company at a fitness exhibition alongside many other professionals. It was here that Gal was introduced to 6x Mr. Olympia winner, Dorian Yates. […]

Dorian was a great bb if not the best. The one thing I truly love about Dorian was his humility. You take a man with the title of Mr O which means for him “I am the greatest bb in the world” but he kept his mouth shut and stayed away from drama, no arrogance and kept his mouth closed I like that because I try to stay drama free myself. Arnold was great and if not for him no bbing as it is today but Dorian set the standard for what a man should be in life in general thank you Dorian for being who you are.

[…] rows are the king of exercises for a wider back and thick lats, we all know that both Dorian Yates and Ronnie Coleman had a massive back. Both these incredible bodybuilders focused a lot on heavy […]

[…] rows are the king of exercises for a wider back and thick lats, we all know that both Dorian Yates and Ronnie Coleman had a massive back. Both these incredible bodybuilders focused a lot on heavy […]

Dorian was actually inspired by Tom Platz. A lot of his inspiration did come from his struggles, but Tom Platz should be considered one of his idols.

Definitely the Most Magnificent British Bodybuilder Alive, Dorian was the Kai Greene of his Era, Fucking Awesome.