Dennis ‘The Menace’ James is an IFBB professional bodybuilder from Heidelberg, Germany. He is well-known as an accomplished athlete, and for his larger than life character.

Growing up, Dennis was extremely sporty and always stayed fit. After becoming involved in bodybuilding at an early age, he decided to take part in junior competitions. He placed very well in a number of competitions, before taking his pro card in 1999 and entering the big leagues.

His first Mr. Olympia was in 2000, where he placed 11th. He would go on to compete in a total of 7 Mr Olympias, managing to take an excellent 4th in 2003 which showed that he had what it took to stand with the best on earth.

Dennis has been featured in many fitness and bodybuilding magazines, and looks back on his career with pride. 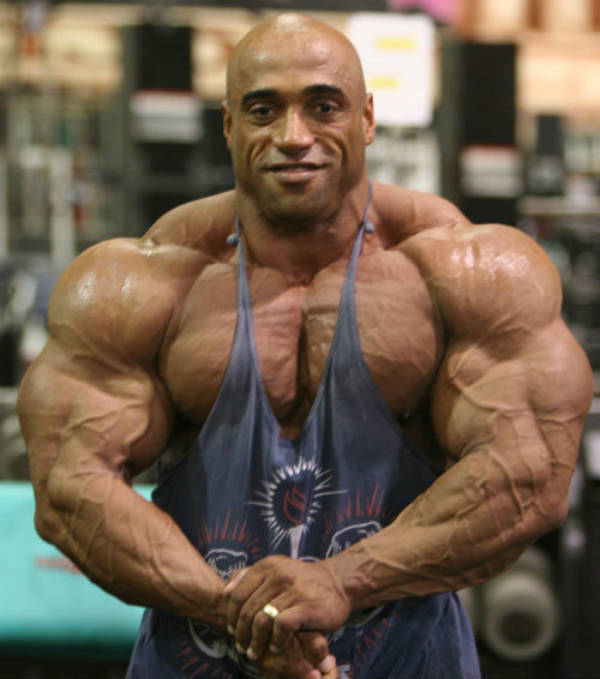 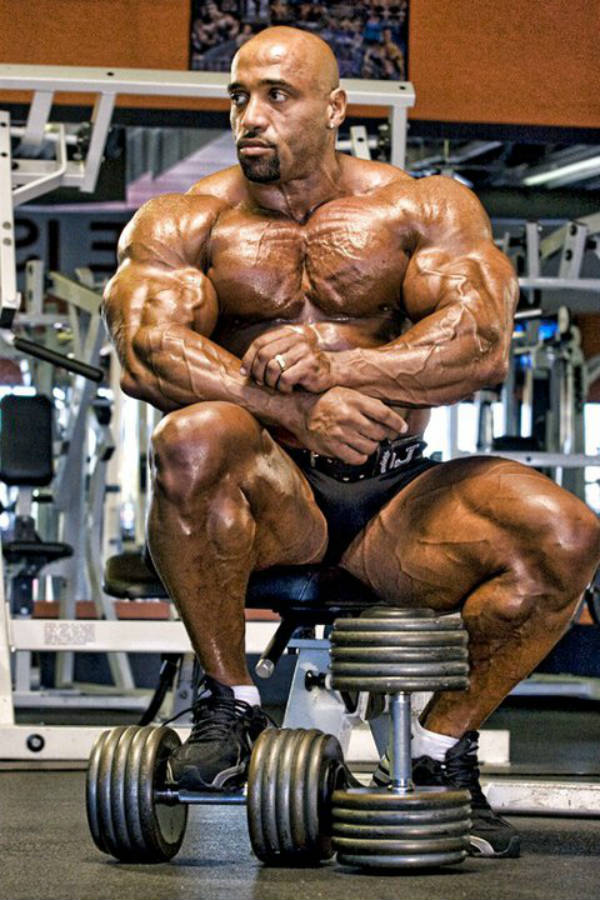 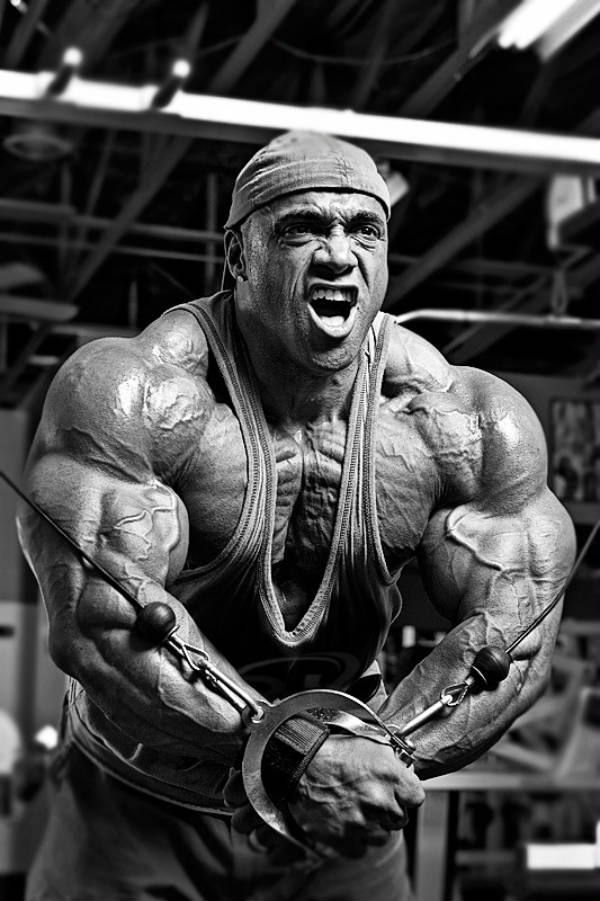 Dennis trains occasionally with his protégé Mamdouh ‘Big Ramy’ Elssbiay. They focus on simple workouts which last no more than 45 minutes, and train in the exceptionally well-designed Oxygen Gym in Kuwait.

Because the pair cannot train together year-round, they like to focus on creating workouts which can be completed alone without the need for a spotter. From their workouts, Dennis created the ‘Menace Time Under Tension’ approach.

In the MTUT, Dennis spends 10-20 seconds lifting the weight using his full range of motion, before lowering the weight back down as normal. He says that “it’s a lot safer than negatives. You don’t want to risk an injury by lifting weights you can’t handle and then trying to let them down slowly on the negative.”

When Dennis trains his chest, he uses this MTUT technique sporadically. He starts with a hammer strength incline press, which, through isolating the muscle creates a thick upper-chest.

The isolating ability of the machine also means that he doesn’t have to engage his shoulder muscles at all during the lift. In terms of the rep-range, 20 rep sets are quite common for each set and he generally lifts until failure. 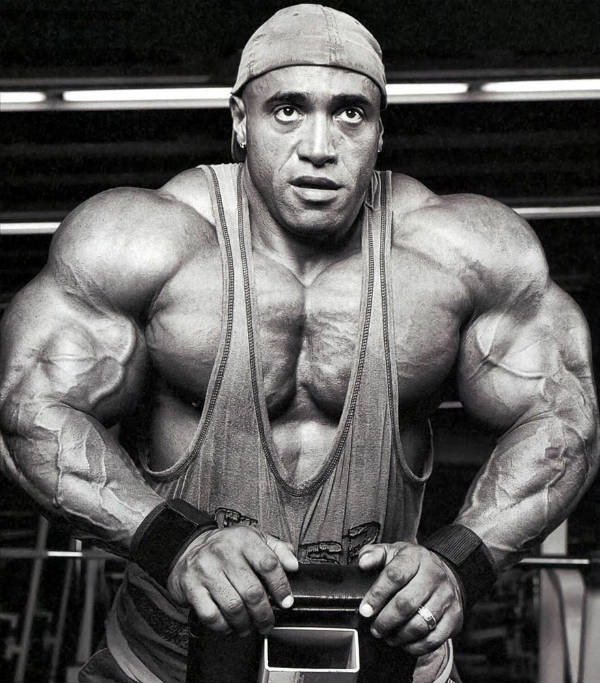 For the dumbbell flye, Dennis doesn’t use his MTUT technique. There is a high possibility of injury if he uses the same approach as the incline hammer strength press, so he completes a standard lift.

For this exercise, Dennis lies on a flat bench and focuses on technique rather than weight. He says that the flat bench in particular allows him to hit his entire pec and avoid tricep stimulation.

The final chest exercise in Dennis’ set is the cable crossover. He says that when completing the exercise, you should always “focus on crossing over each time, without dropping your chest when you do.”

Dropping the chest in this movement can mean that the shoulders take over and the chest isn’t actually stimulated at all. 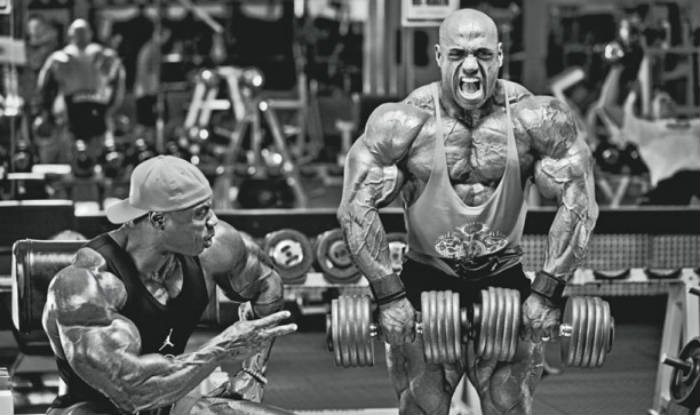 Dennis follows a simple and nutritious diet plan. He eats a large amount of calories each day and prioritizes healthy protein sources such as lean meats and eggs.

His off-season diet includes a lot more carbohydrates than his competition meal plan (below.) When he is approaching a competition, he drops his carb intake massively and focuses on his protein intake to ensure he builds muscle and looses fat.

Typical meals during his competition meal plan include chicken and brown rice. This meal includes healthy meat and carbohydrate sources and is a quick and easy dish to prepare. 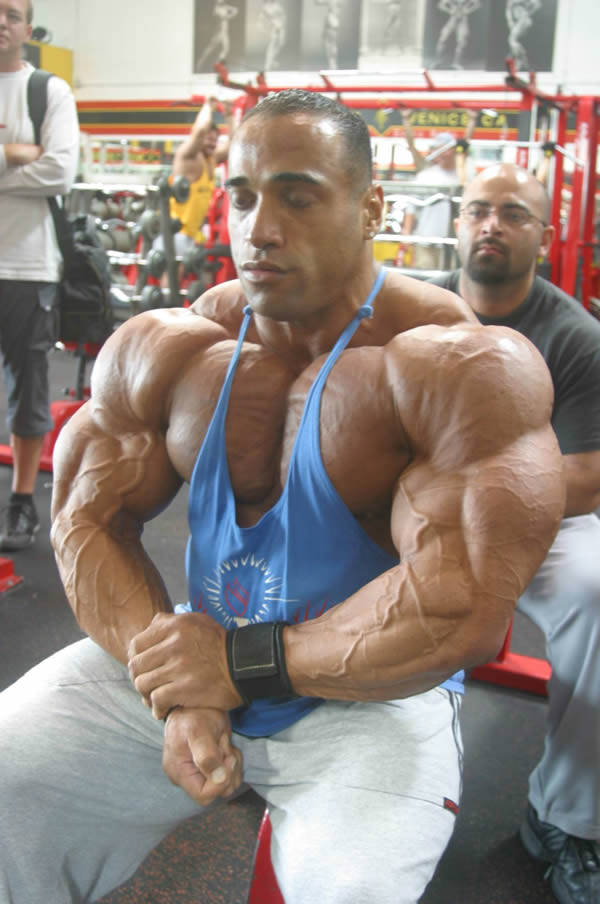 Dennis is influenced by watching bodybuilding videos online. He loves to watch his peers, as well as a variety of other athletes from various weight classes. He says that he just loves the sport in general, so he wants all bodybuilders to succeed.

Combined with video watching, Dennis is also inspired by his training partner Steve. He loves listening to Steve’s inspirational words and pushing himself in every training session. 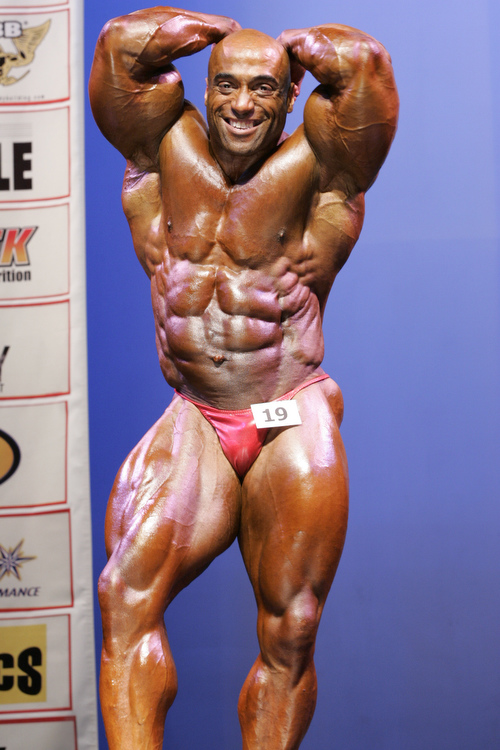 What we can learn from Dennis James

Dennis has shown how a simple approach can be an effective one. He trains hard, but uses simple movements in order to stimulate his muscles.

When it comes to his nutrition, he also values simplicity here. He eats simple, healthy and nutritious meals that serve his end goal of building and maintaining lean mass.

Good day,
I hope you are well and in good Health.
This is Jafari writing to you as representative of a company, who is looking to establish a sport academy in Germany. We have in moment some sort of agreement with different champion and Olympia champions in different fields in order to make seminars and workshop overall.
we just found your experience and reputation over the band and are interested to have the same cooperation with you.
In case of your interest please leave a comment to me. I will contact you and I will describe our goals and plan with details for further decision if any.