Lee Haney (AKA. Total-Lee Awesome) has cemented his legacy in bodybuilding through a record breaking 8 Mr. Olympia titles. He’s sculpted one of the greatest physiques in the industry; and is among the best role-models the sport has ever seen.

His rise to the top started with a pair of sand-filled, plastic dumbells from a department store.

However, it wasn’t always easy for Lee – he took a risk and left his college scholarship and education behind as a teenager. 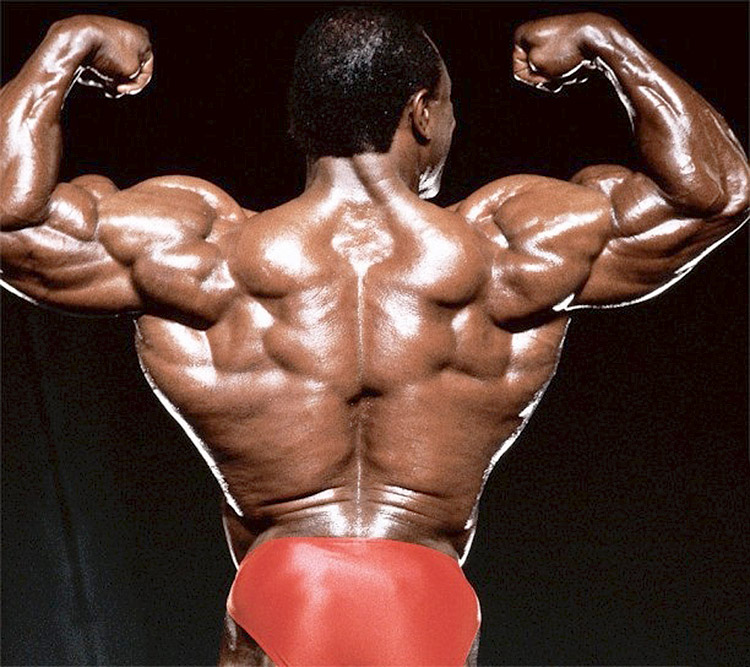 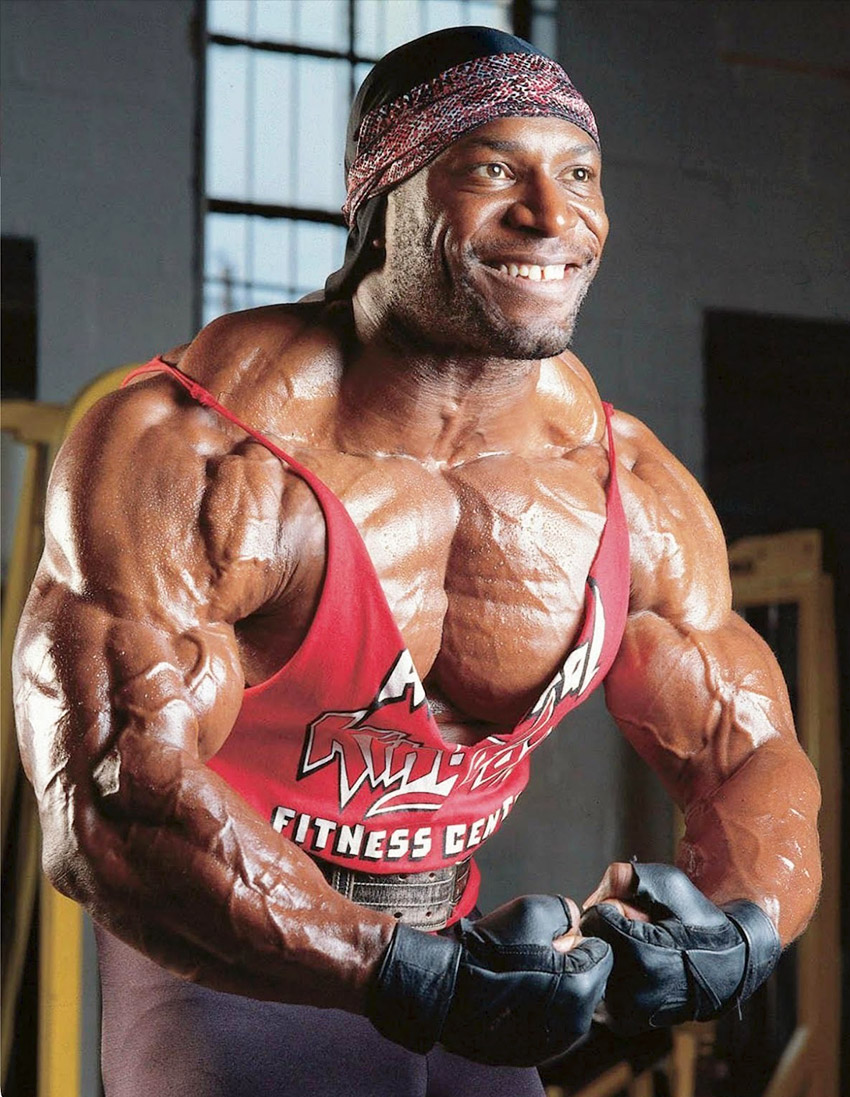 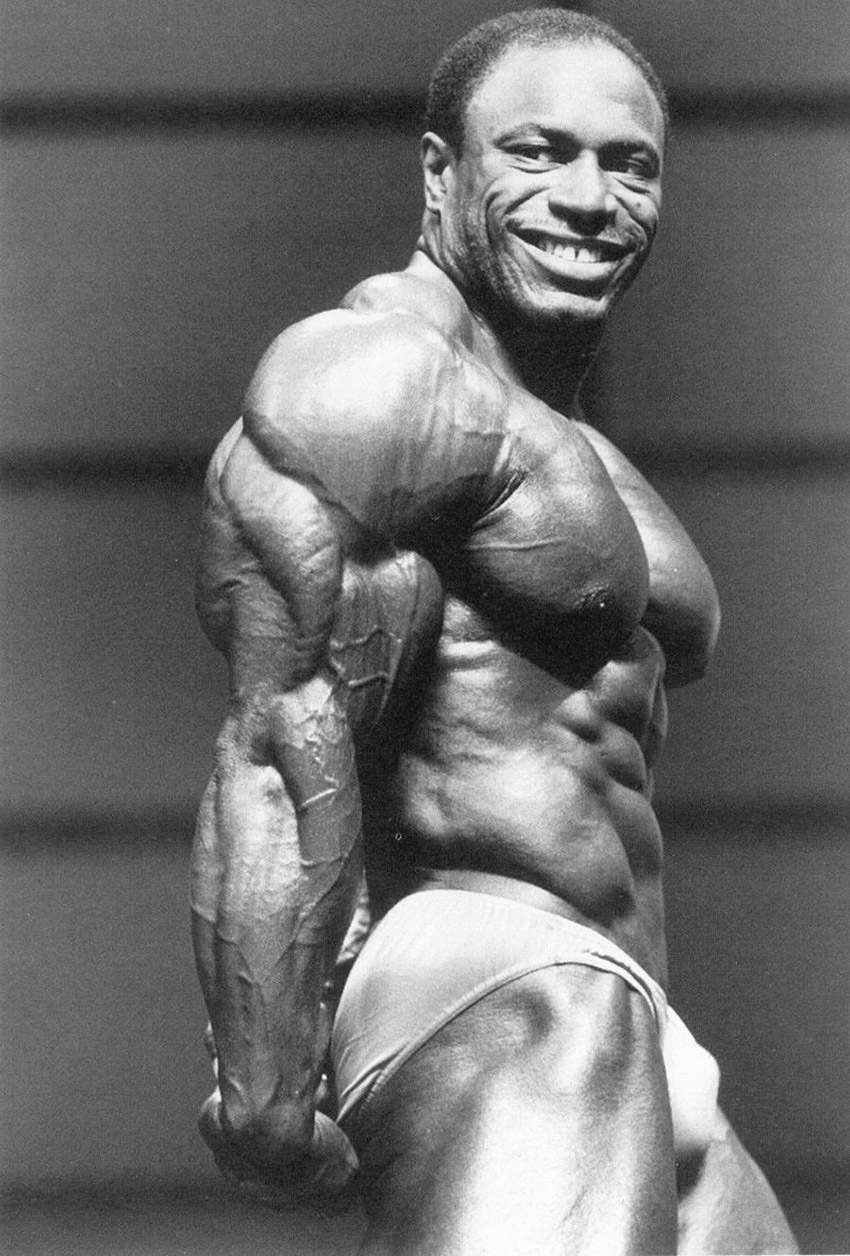 Born and raised in Georgia, USA, Lee grew up with a fascination for bodybuilding. He idolized figures such as Samson from the Old Testament and Hercules from Greek Mythology, wanting to imitate their physiques.

Lee bought countless magazines, covering his bedroom walls with posters of the bodybuilder Robby Robinson. He looked up to the Black Prince (Robby Robinson) and wanted to achieve a similar body.

At the age of 12, in 1971, the future legend requested weights for his Christmas present. The set was gifted contained a Charles Atlas training guide – this became his source of knowledge in fitness during this time.

Lee’s weight training was his first taste of any sport as a child. But luckily, he was blessed with great genetics.

After growing out of his first weight set, Lee joined his local YMCA. It was here that Danny Rogers quickly noticed his huge potential. He told Lee: “kid you have one of the most balanced physiques I have ever seen. Bodybuilding is your ticket. You can be one of the greatest bodybuilders in the world if you put your mind to it”.

For the next 4 years, Danny took young Lee Haney under his wing, teaching him how to lift weights properly. By 1973, Lee had developed his physique considerably, becoming the biggest in his age group.

It wasn’t long until he was invited to participate in numerous sports during high school like football, basketball, and athletics. However, Lee never took his focus away from sculpting his dream physique. 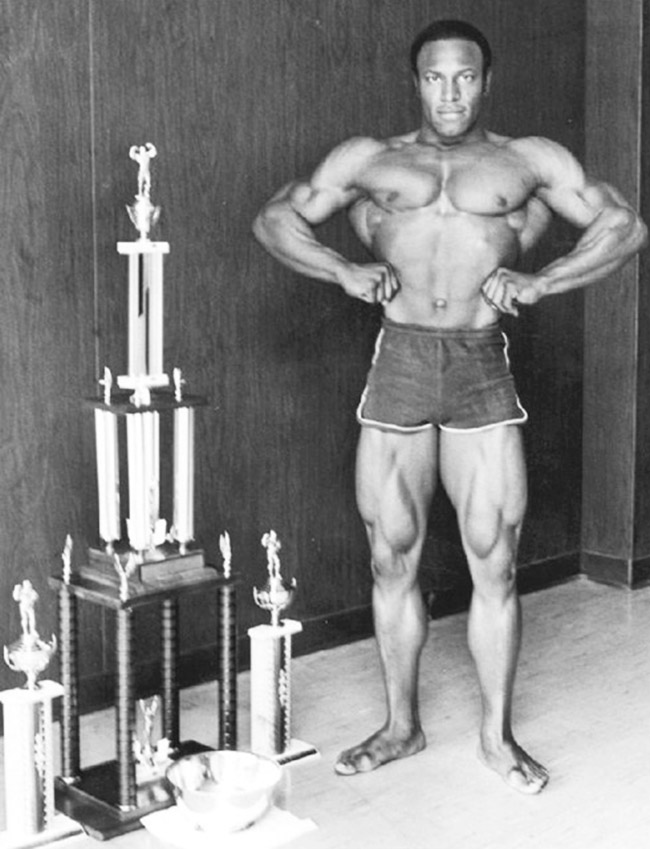 A young Lee Haney posing with his trophies.

At the age of 16, Lee entered his first contest – the 1975 Mr. South Carolina show. Having no idea about how to prepare for a show, Lee walked on stage in a pair of supermarket underwear.

His inexperience showed, and he didn’t manage to place. However, he loved his first taste of competitive bodybuilding – it was at this point that he chose to pursue a career in the sport.

By 1977, Lee had built a formidable figure and excelled at football. He earned his way into college through a scholarship at 18, but he refused to put his passion on the sidelines.

After a serious conversation with his parents, Lee made the huge decision to leave college and focus on his dream. He set his sights on becoming a professional bodybuilder.

2 years later, at the age of 19, Lee had made serious progress. He was ready to compete.

But this was just the beginning of his illustrious career. 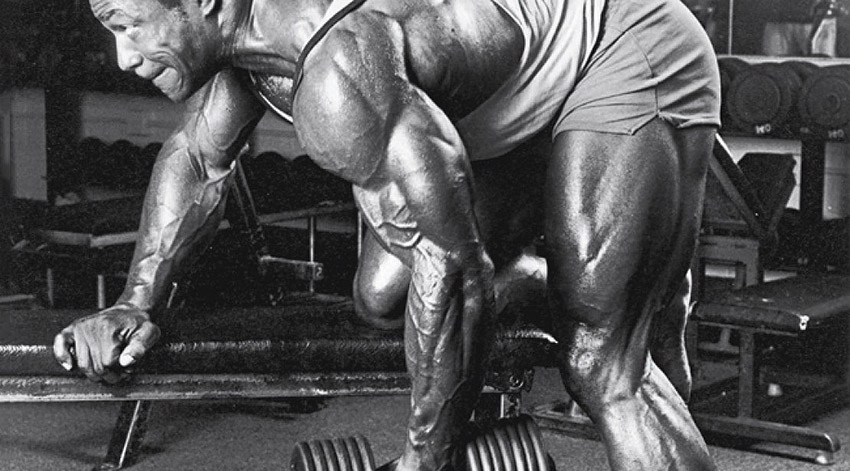 After his victory, Lee took time away from the stage to further develop his figure. After 3 years of rigorous training and dieting, Lee returned with an incredible package.

In 1982, Lee experienced his biggest year as an amateur. He started the year with a win in the Junior Nationals in the heavyweight division, taking home the overall title in the process.

However, his greatest achievement yet came after replicating his success in the senior nationals that year.

At the age of 23, Lee earned his Pro Card after winning the 1982 World Amateur Championships in the heavyweight division. He’d realized his dream of becoming a professional bodybuilder – his risk had paid off.

Life as a Professional

Riding high from his victory, Lee entered an impressive 7 contests in 1983. Although he didn’t win all of them, he’d continued sculpting his body.

By the end of the year, Lee had attained arguably the greatest physique in the world. 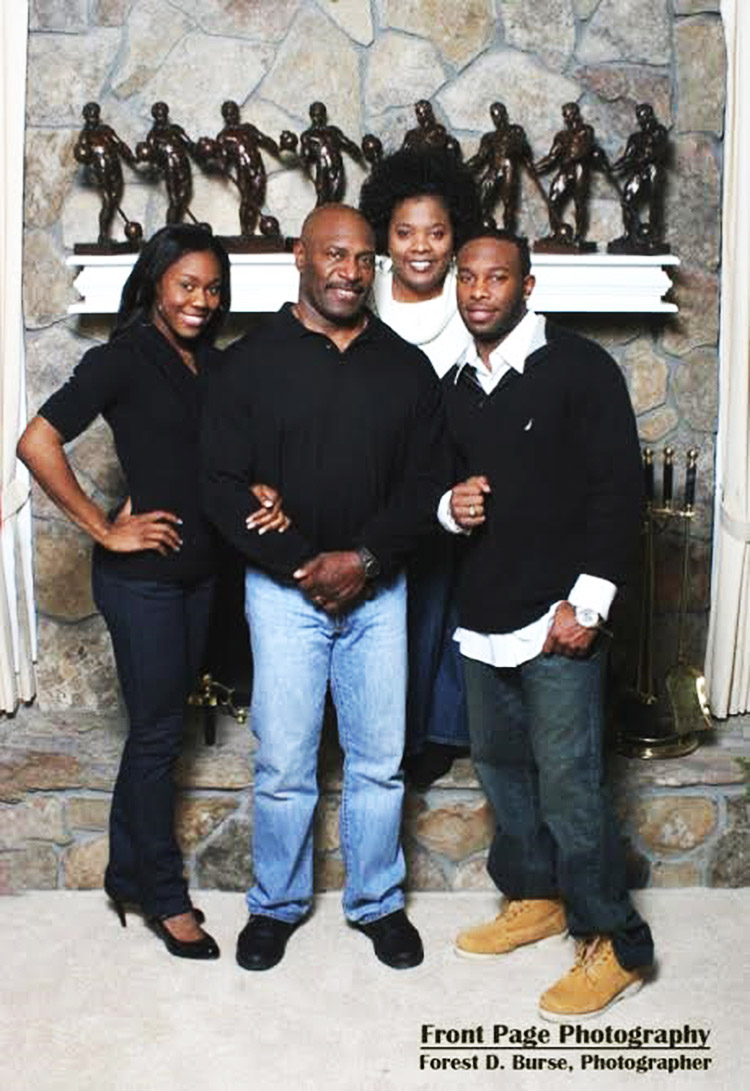 Lee with his family and 8 Sandows.

Becoming a Legend and Record Breaker

By 1984, Lee had accomplished a lot at such a young age. However, nothing compared to what he managed to achieve starting from that year.

At the age of 25, Lee walked away as the champion of the most prestigious show in the world – the Mr. Olympia in 1984. But he was only getting started.

Over the next 7 years, Lee dominated the Mr. Olympia competitions. He carved his name into the trophy a further 7 times, breaking the record set by fellow icon, Arnold Schwarzenegger.

By the age of 32, in 1991, Lee had become one of the greatest bodybuilders in the history of the sport. He’d set the bar high for future athletes, and by 2016, only Ronnie Coleman had managed to equal his 8 Mr. Olympia titles.

After retiring from competitive bodybuilding, Lee wanted to use his reach to make a difference. In 1994, at the age of 35, Lee established a non-profit retreat for children in Atlanta.

His retreat is set on a forty-acre farm, featuring nature tours, a petting zoo, allowing 12-15 year-olds to enjoy an 8-week summer camp. 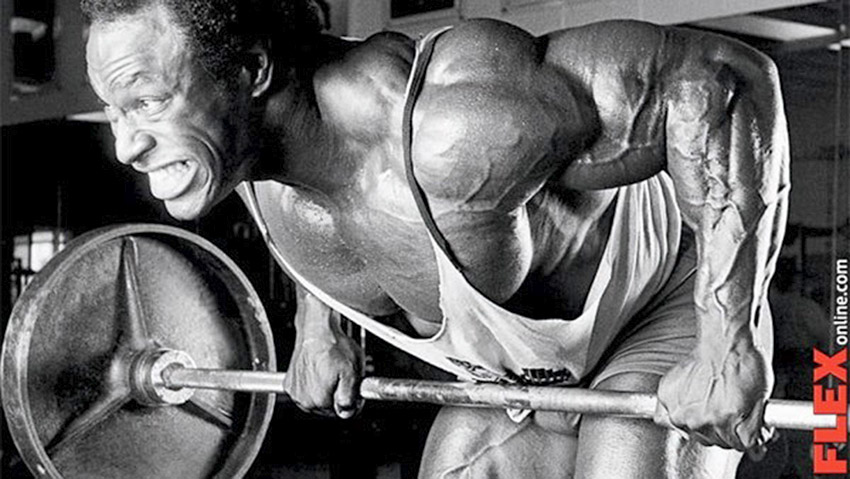 Lee used a 3-day training split during his prime. He’d train multiple muscle groups per session, except for leg day.

Day 3 – Back and Shoulders 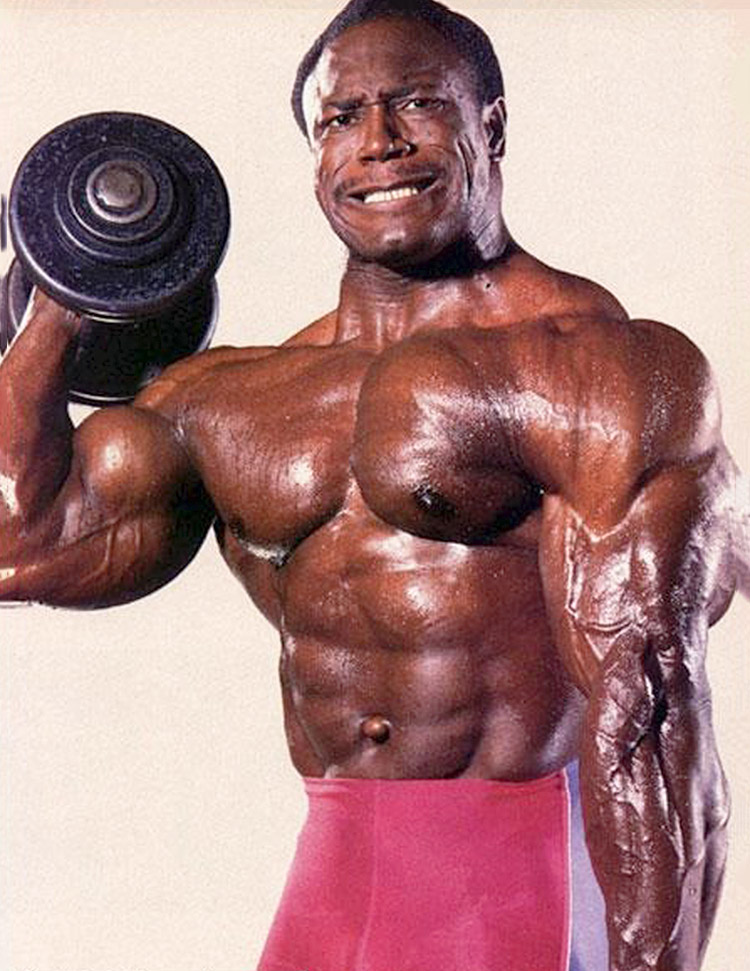 During his prime, Lee consumed 5 meals per day to provide his body with enough fuel to grow.

He based his diet around lean proteins, complex carbs, green vegetables, and fruit. 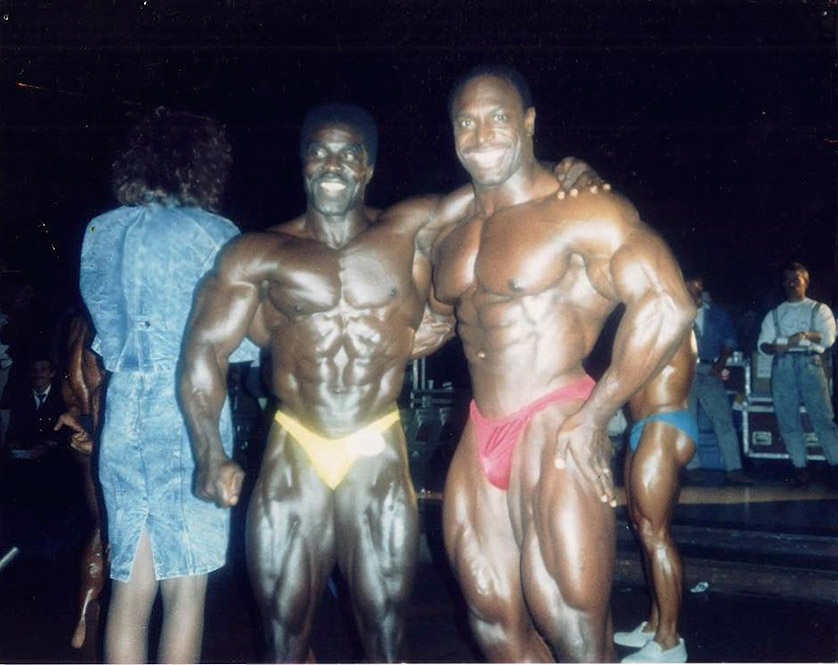 As a child, Hercules and Samson first inspired Lee to begin training. But, once he began weight training and reading bodybuilding magazines, Robby Robinson quickly became his idol in the sport.

Lee names many athletes as great influences throughout his career – he admires Mike Katz for representing the family man in the documentary, “Pumping Iron” and Bob Paris for his aesthetic physique.

These competitors all pushed Lee on to becoming the legend that he is. 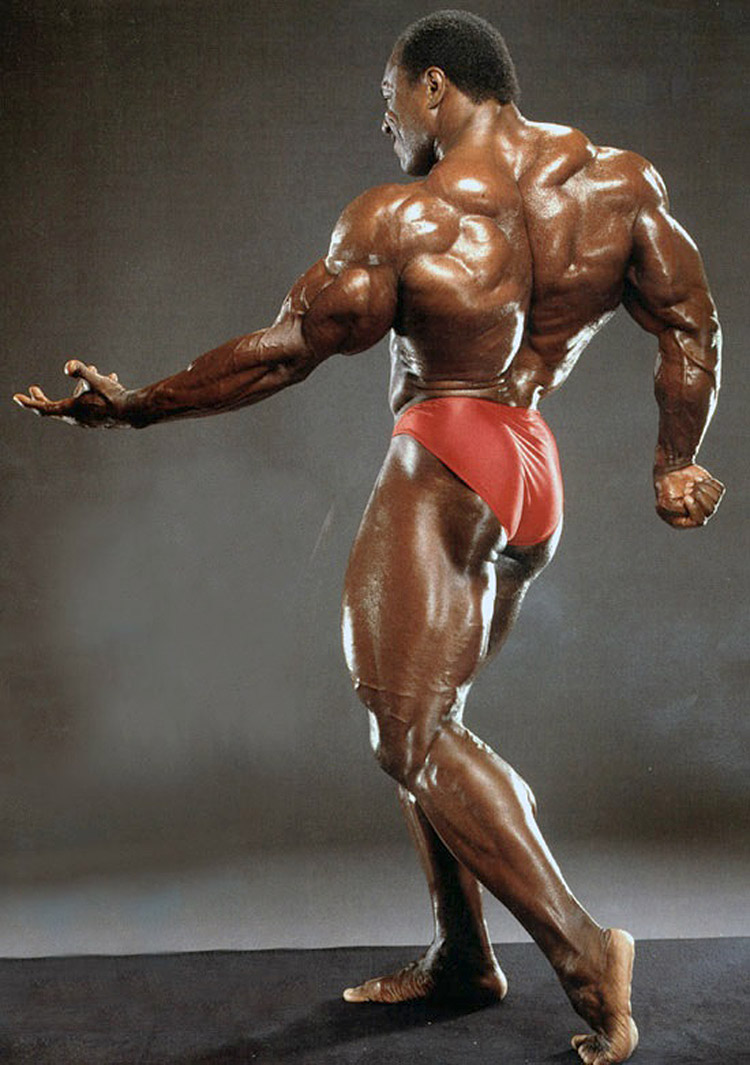 What we can learn from Lee Haney

Lee has taught us to never be afraid of working towards our dreams. He asked his parents for his first set of weights at 12 and began training to sculpt his physique.

One thing we can take away from Lee’s story is that sometimes you have to take risks to succeed. He left college, leaving his scholarship and education behind, in order to pursue his ambition of becoming a professional bodybuilder.

He surpassed all of his expectations and became one of the greatest bodybuilders in the history of the sport.

[…] on, he began admiring other bodybuilding icons, such as Lee Haney and Dorian Yates. Claude found their physiques spectacular, especially that of Dorian; he said […]