Ron Partlow AKA: @rep300 has always known the value of consistency. With over 30 years of bodybuilding under his belt, including 24 competitions and an IFBB Pro Status, Ron is still going strong – showing no signs of stopping.

Standing at 6’1” and weighing 310lbs in the off-season, Ron’s a true ‘force of nature.’ He continues to show to everyone how success is made in bodybuilding. 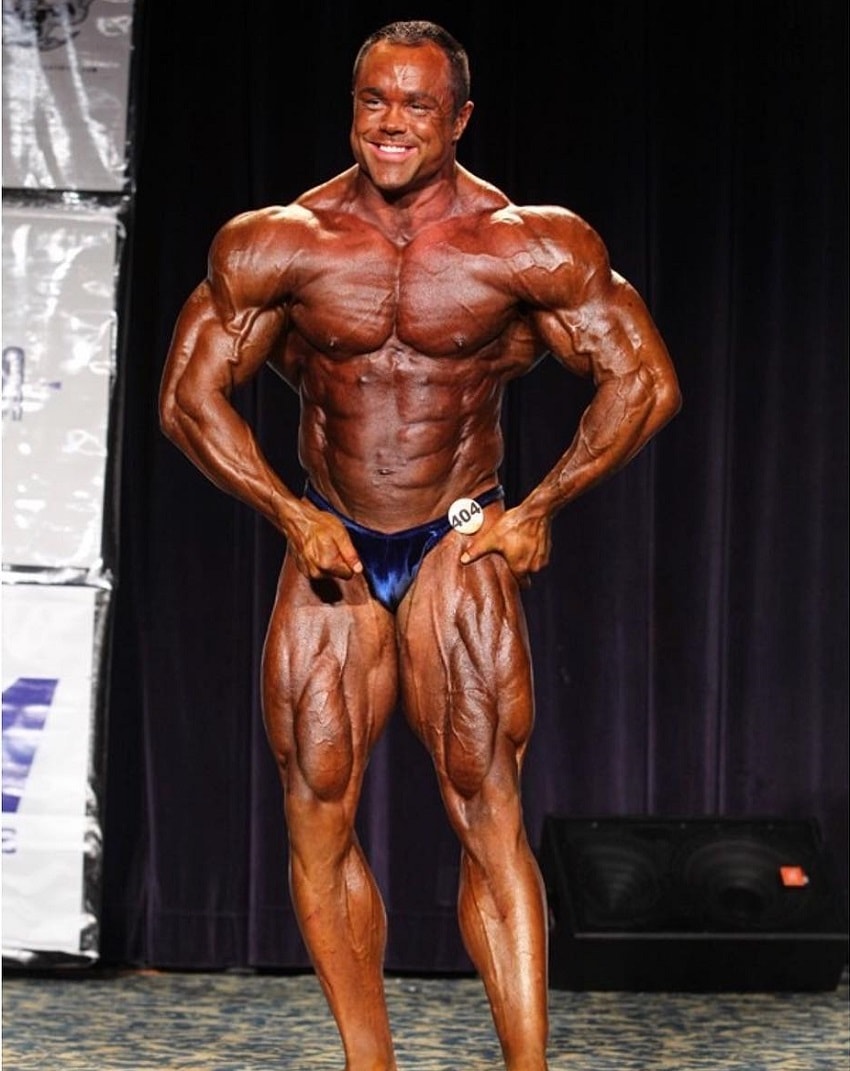 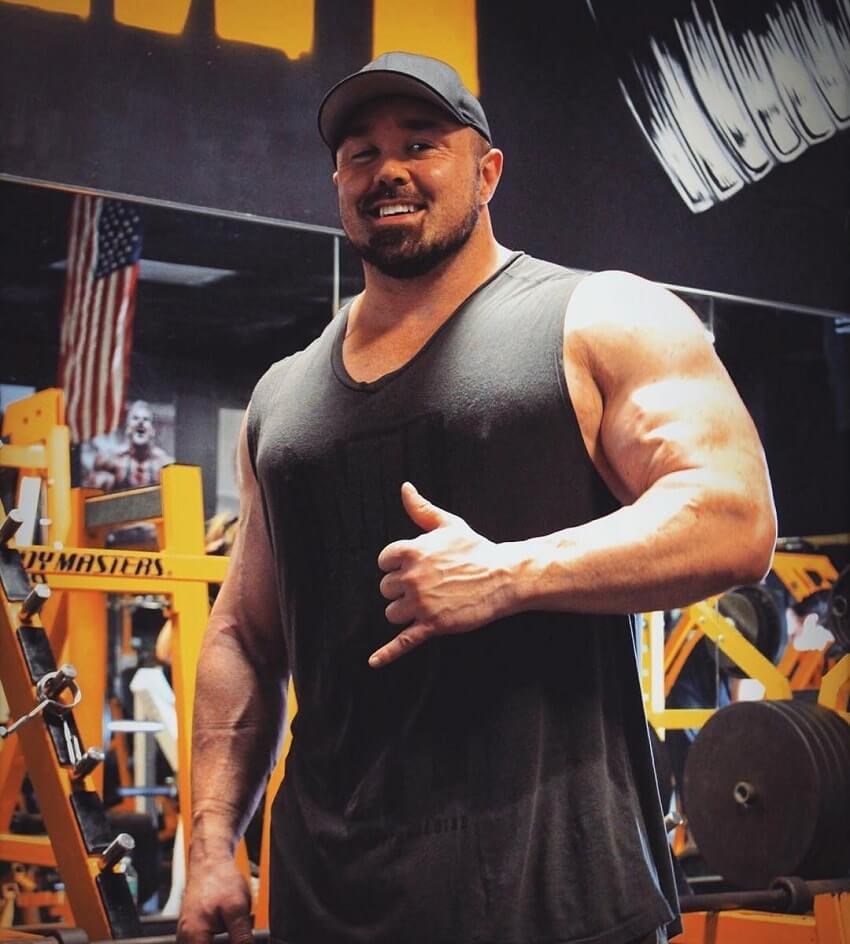 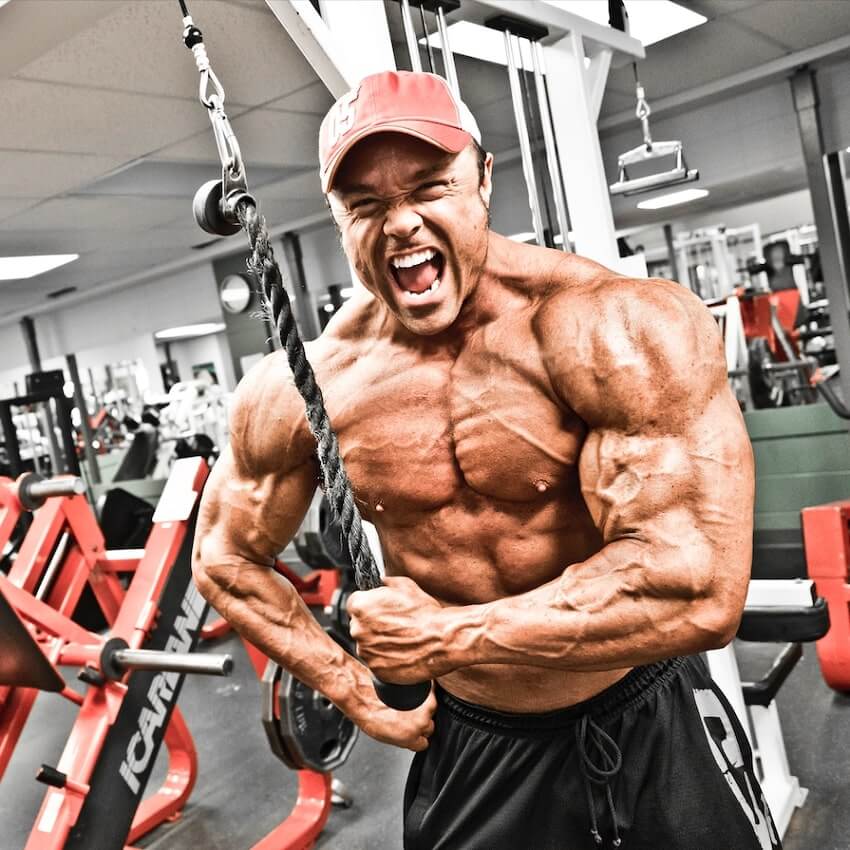 From the moment he set his foot in the gym at the age of 14, Ron Partlow had his sights on one goal, and one goal only – to become a professional bodybuilder.

However, it proved to be a long road to the top.

As a teen, Ron took part in many contests, and won almost all of them. This included the 1997 Northern Alberta Show and 1999 Overall Alberta Provincial.

Ron also took part in the 2000 Canadian Nationals, where he was runner-up.

However, although he did his best in every contest, the Pro Card proved to be all too elusive. 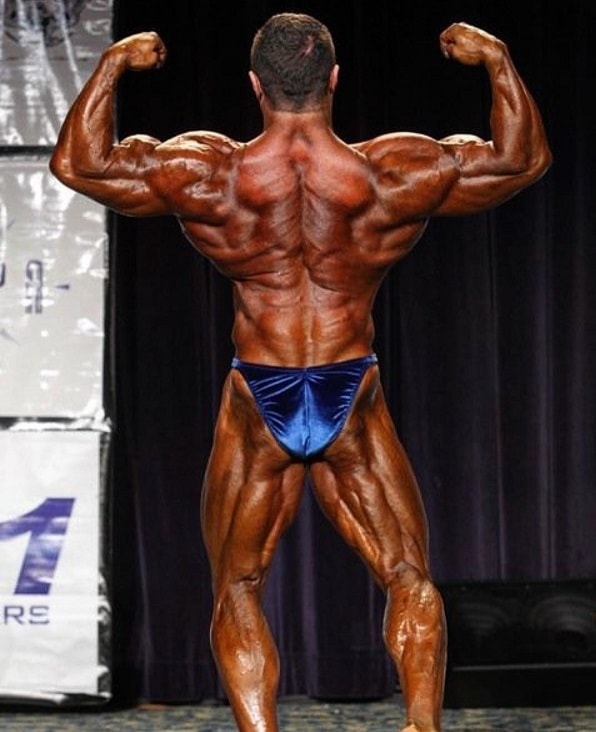 A Long Road to the Top

While initially, Ron was certain he’d get hold of his Pro Card one day, this hope slowly faded away over the years. As he said; “Earning my IFBB Pro card was something I was absolutely sure would happen when I was younger.

However, as I got older it started to seem like I was never going to come to fruition. Close calls, setbacks, injuries, finishing as a runner-up TEN times in Pro qualifiers, and winning the Super Heavies in 07 but not getting a Pro card, all seemed to suggest my fate would not include advancement to the IFBB.” – Ron Partlow

But then, in 2015, the odds finally turned to Ron’s favor as he won the long-awaited Pro Card at the 2015 Nationals.

After achieving his initial goal of becoming a professional bodybuilder, Ron set his sights on new ambitions. Among these was to make his debut on the IFBB Pro circuit.

Ron took part at the Vancouver Pro just a couple of months after entering IFBB, subsequently finishing in 7th place. 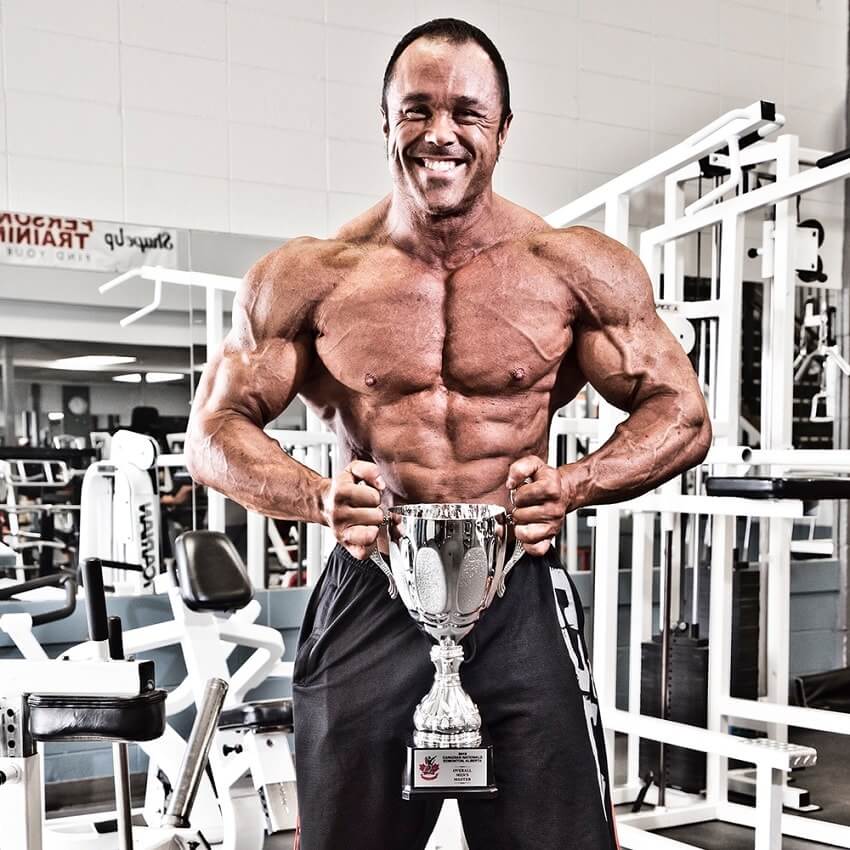 Alongside bodybuilding shows, Ron also puts a lot of time and effort into growing his own gym and brand. He’s also a sponsored athlete, and as such, represents high-profile sports companies.

His work ethic and ‘old-school’ approach to training, where he trains for 2-3 hours per workout, is what makes Ron Partlow a name that stands out in the world of bodybuilding.

“I’ve lived my entire life in the trenches, in hardcore gyms, constantly setting the standard for dedication, sacrifice, and commitment everywhere I trained. I have seen the evolution of modern bodybuilding first hand.” 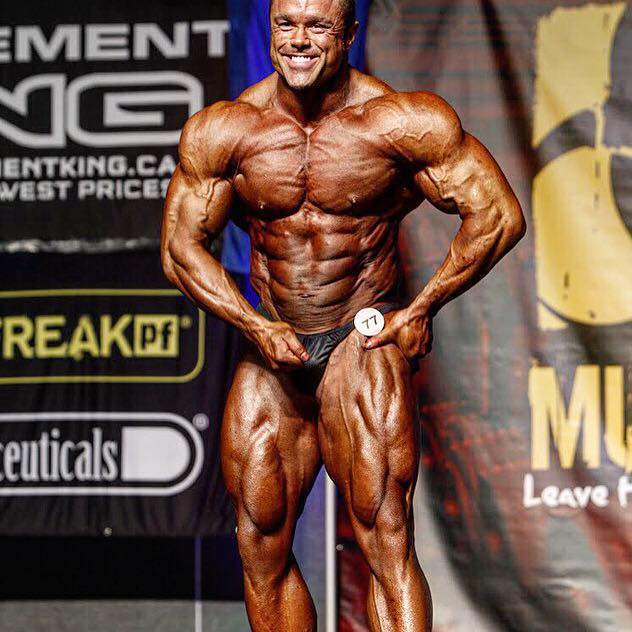 Many bodybuilders like to choose either between intensity, weight, or volume in their workouts. But, Ron being Ron, wants to have it all.

He includes a lot of volume in terms of sets and reps, but also lifts heavy and with a short duration between sets. This makes his workouts extremely intense.

“Goal is max pain and burn to get the killer pump.” – Ron Partlow 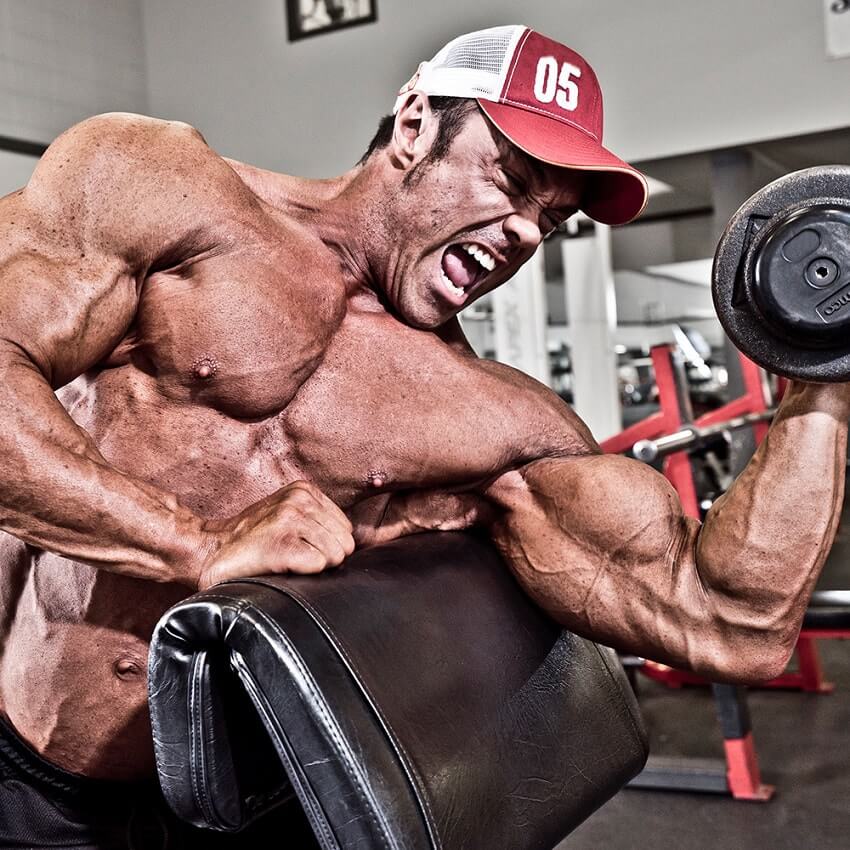 As much as he loves to train hard, Ron also knows when it’s time to take his foot off the gas pedal.

He said; “I work around what hurts. If I’m feeling good, then I’ll load up the bar. Then there are days when I don’t go as heavy, but I’ll take shorter rest periods and do drop sets.” 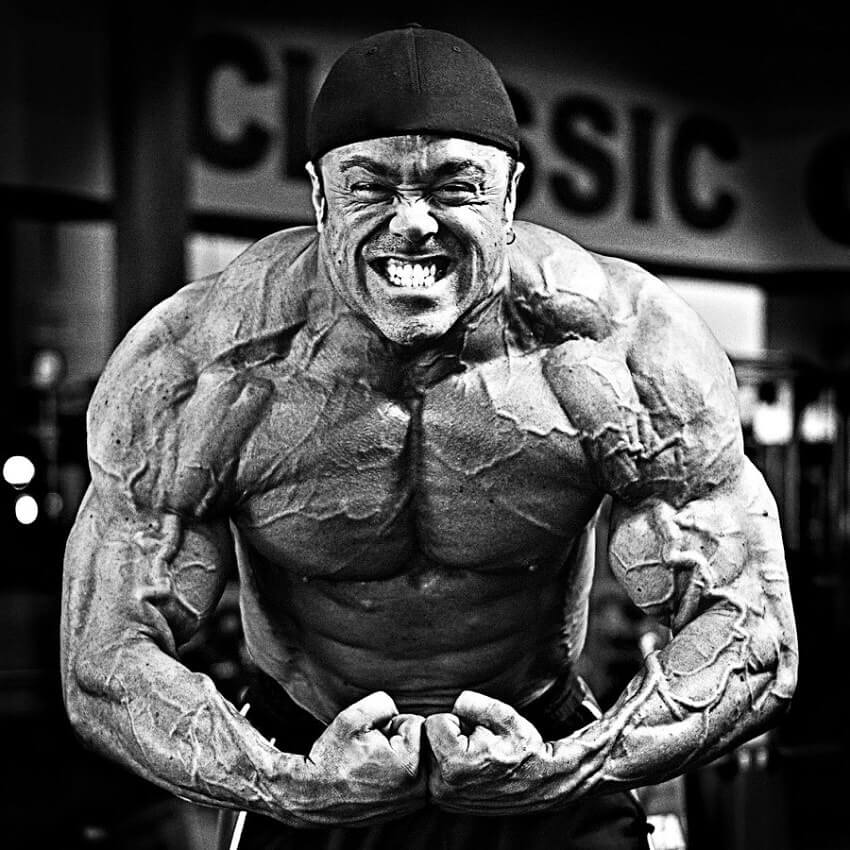 Ron describes himself as a “picky eater” who doesn’t eat anything unless he knows the ingredients and how his meals are made.

He enjoys eating clean, even in the ‘off-season’. This makes his contests prep much easier as he doesn’t have to cut for a long period of time to get ripped.

“I dislike many foods, including: green peppers, onions, cream sauces, sour cream, many kinds of cheese, most seafood, and too much garlic.”

Every once in a while, Ron rewards his hard work with a good ‘cheat meal.’ Restaurants are his favorite places for this kind of occasion.

Ron’s favorite cheat meals are cheeseburger and fries, or pasta and pizza. For the dessert, Ron enjoys having a pint of his favorite ice cream. 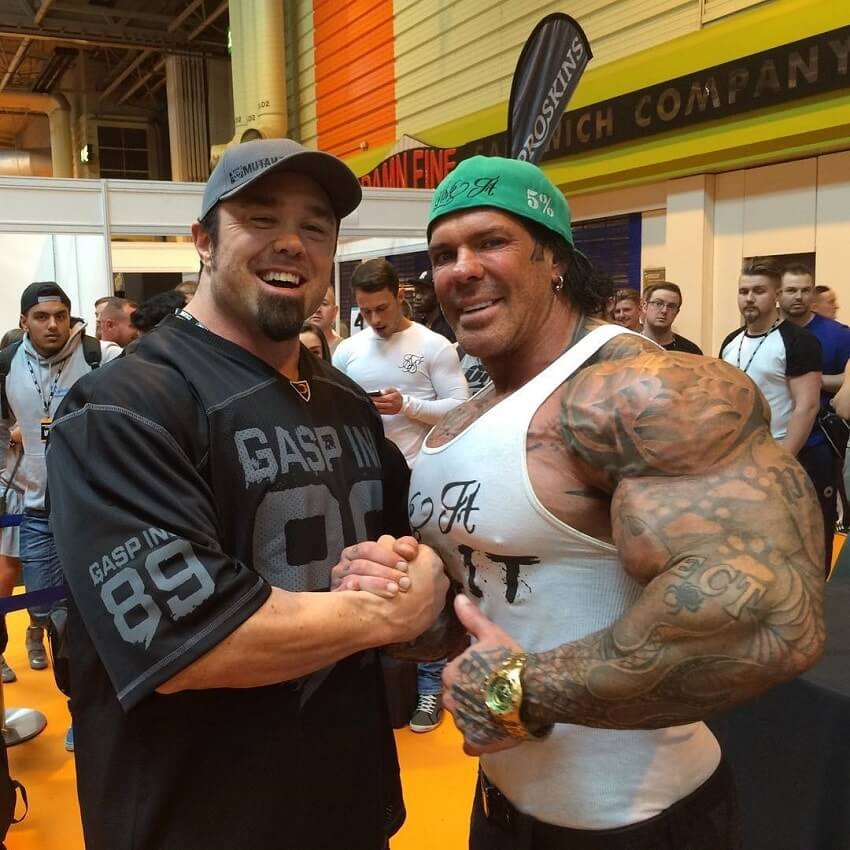 One of Ron’s biggest influencers is the bodybuilding legend, Dorian Yates. Here’s Ron talking about Dorian;

“I admire a guy who sticks his body into the wall at 300 mph. It says a lot about a person. He just took it until he fell apart. If he had trained a little more carefully, as Haney did, he may never have won anything. There’s something about him that’s special.” 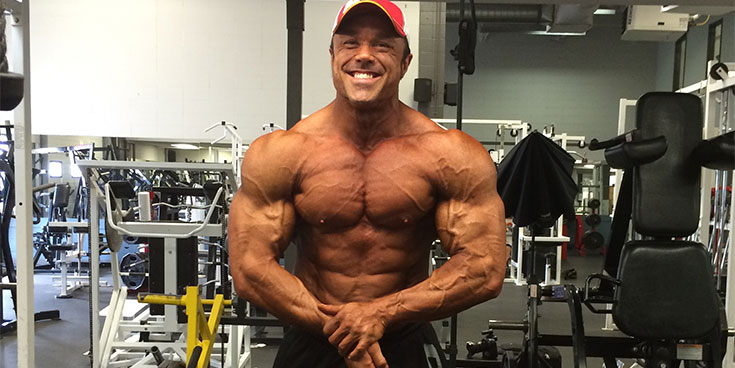 What we can learn from Ron Partlow

What we can learn from “Big Ron Partlow,” is that if you want extraordinary results, you’ll have to put an equal amount of effort to achieve your goal.

Regardless of whether you’re a bodybuilder, or just want to build a better body. Your results all boil down to how much effort you’re willing to put in every day while working towards your goals.