Rich Piana was an entrepreneur, actor, former bodybuilder, and social media sensation. He was known around the world for his unique and massive looks; being over 290 pounds, and having 23,5-inch arms.

While Rich has countless of followers who admire him, he also had to face a lot of criticism for his ‘raw’ and honest videos – some people believe he went too far by openly talking about his steroid usage – something that was linked to his early death.

However, Rich pushed past the criticism; staying true to his quest of educating people about positive, and potentially negative aspects of the bodybuilding lifestyle. 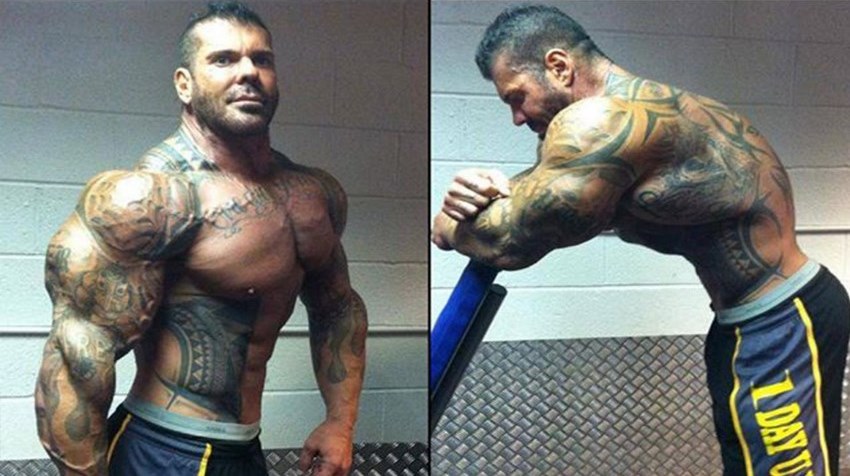 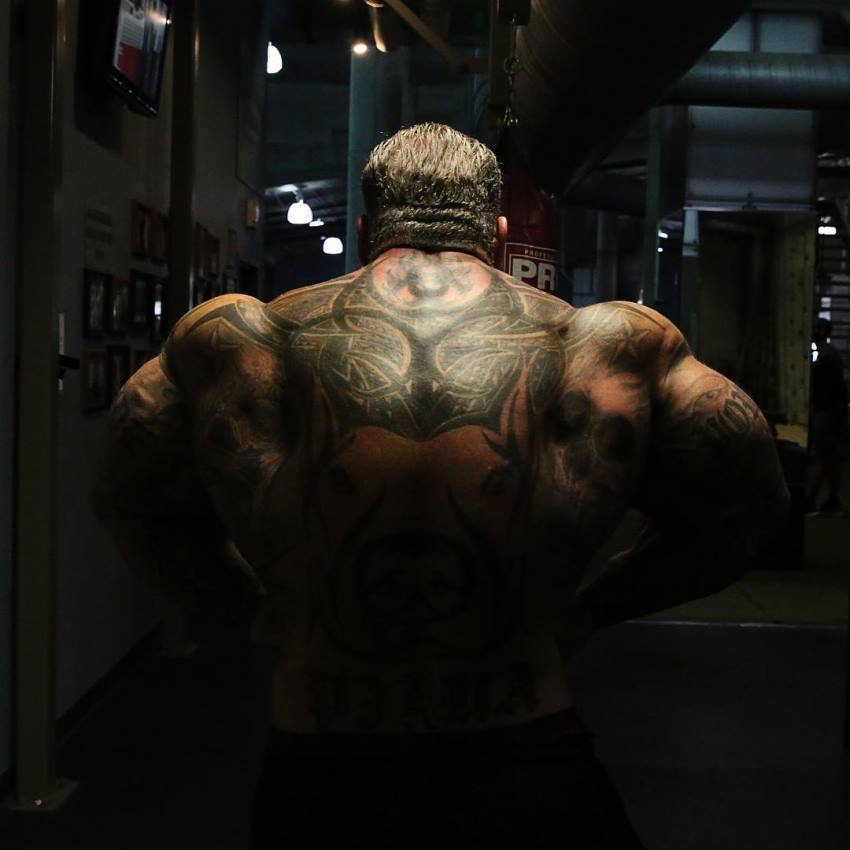 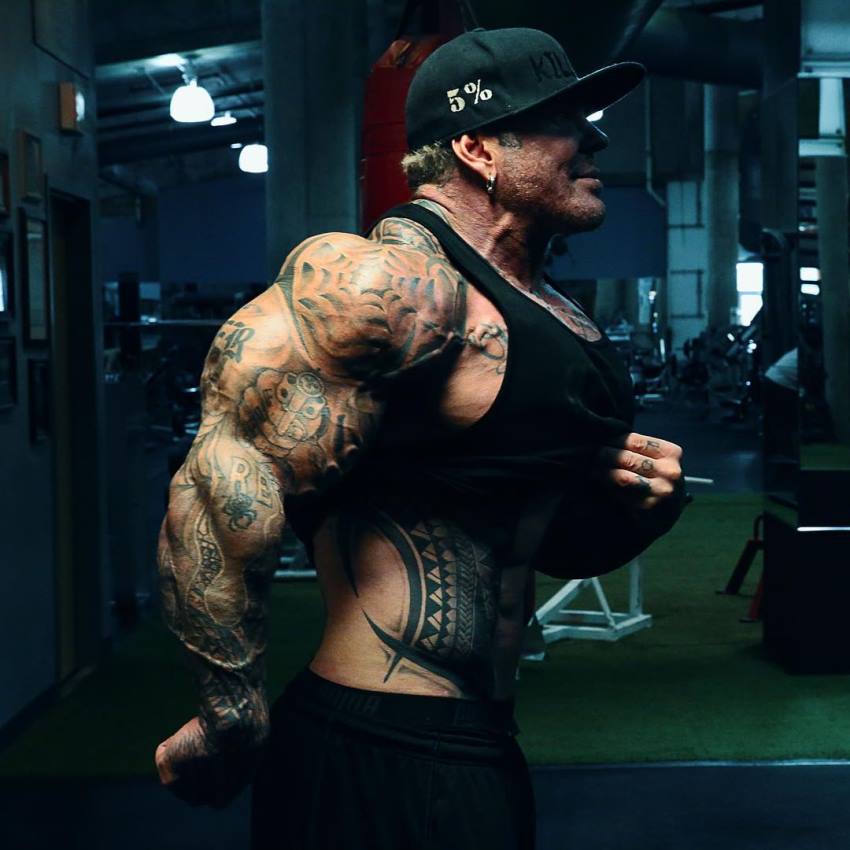 Bodybuilding From the Start

Born and raised in the Sunshine State of California, Rich’s enthrallment with bodybuilding began when he was 9. He would go to the gym to watch his mother train for her bodybuilding contests. Alongside her, Rich was also heavily influenced by Bill Cambra, an ‘old-school’ bodybuilder.

Eventually, Rich began weightlifting himself; starting his journey aged 11. Four years later, at 15, he started competing in bodybuilding contests. By the age of 19, Rich already had several titles under his belt – including Mr. California.

He continued to compete on and off for almost two decades, winning competitions such as the 2009 NPC Sacramento Pro and the 2009 Border States Classic Championships. 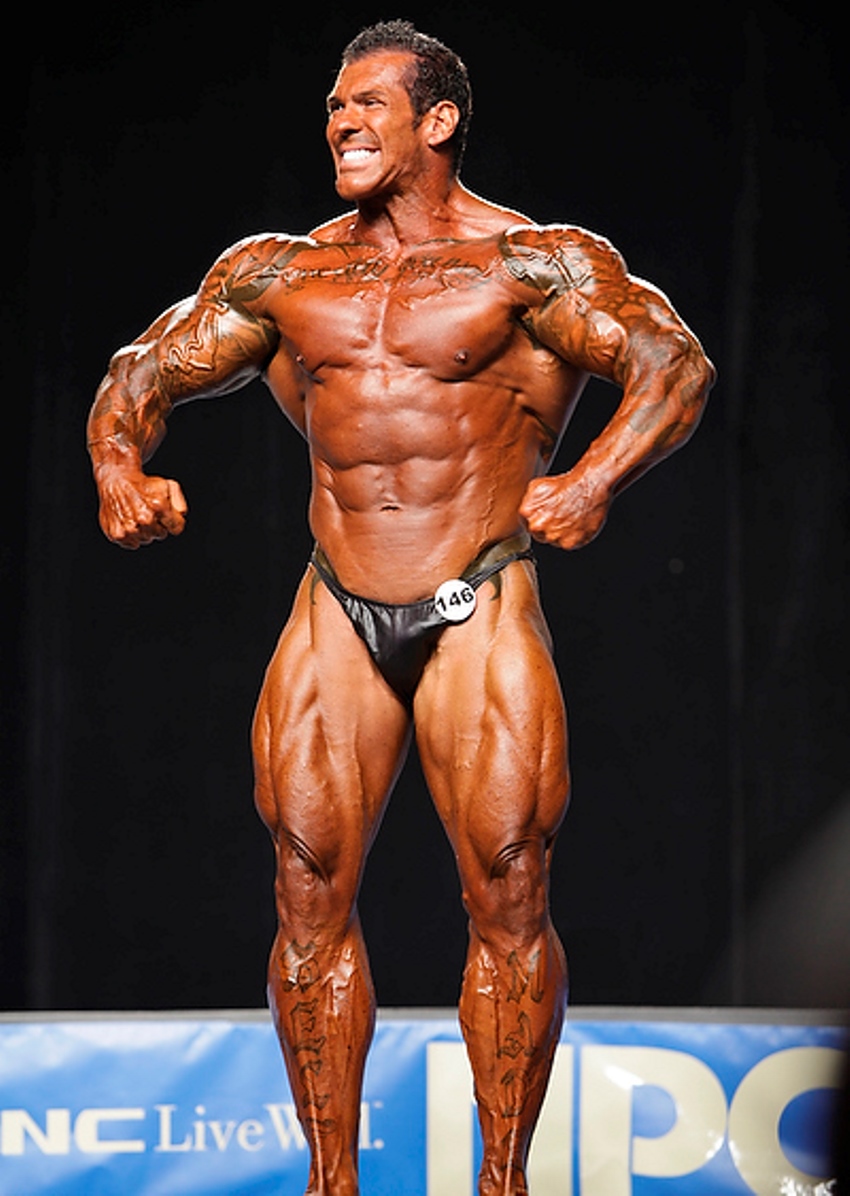 After his competitive days were over, Rich started investing his time into business and acting. He began appearing in bodybuilding shows and commercials, as well as becoming a bodybuilding influence on the internet.

Pictures and videos of his incredible looks attracted an army of followers from everywhere, as a result – Rich became an online sensation.

Seeing the opportunities, that his rise in popularity opened up for him, Rich started several businesses. Including a clothing line company, supplement company, and food prep delivery company.

The businesses achieved huge success over the years, and Rich became one of the biggest bodybuilding personalities in the industry.

While Rich has become a role model for many, there are also some people who criticize him for being too honest in his videos.

Rich often openly talked about his steroid use; saying he’s used substances since he was 18.

Although he faced a lot of criticism because of this, he believed it was necessary to educate young bodybuilders and fitness enthusiasts about the potential dangers of steroids – advisin not to take the same route as him.

On the week commencing the 21st of August 2017, Rich was pronounced dead. After struggling for days in a coma, Rich’s sadly lost his fight for life and passed away. 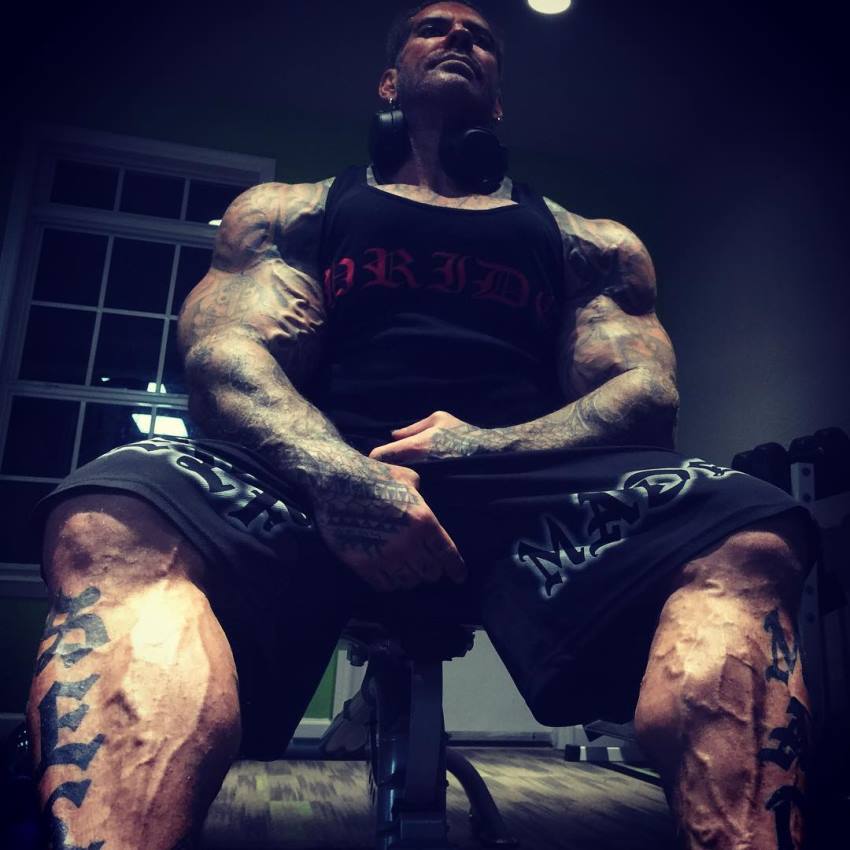 When Rich competed in bodybuilding shows, he had to follow a strict bodybuilding-style workout routine; not having much freedom to alter his workouts. This was important, because, by following a guided regimen, Rich was able to get in the best possible shape for his contests.

When Rich didn’t compete, he allowed himself to train as he wished. He wouldn’t follow a set workout routine; rather listening to what his body told him.

Here’s Rich explaining what his training looked like;'”I very much train by feel. Let’s say I do wide grip pull-ups and after 2 sets I’m not feeling the exercise and don’t have a good pump, I might move over to lat pulldowns and find it works great, so I kill 10 sets!”

While Rich didn’t like having a set training regimen, he often liked to create new routines for himself every week. 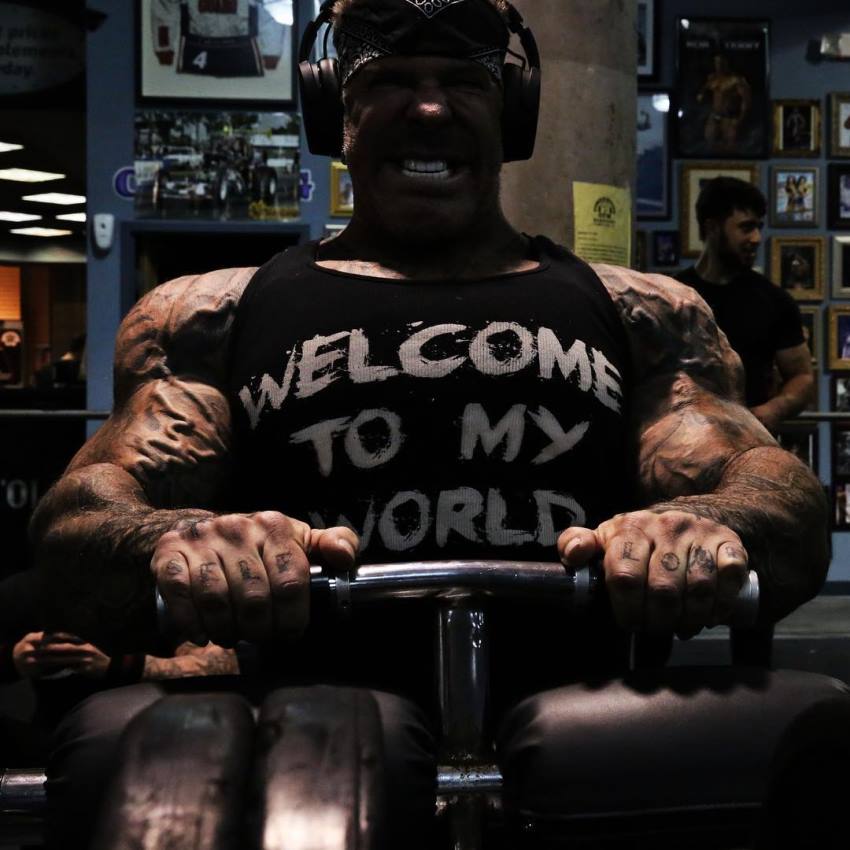 While he acknowledge the importance of cardio for elite athletes who need to stay in top shape, Rich said he didn’t follow typical cardio workouts.

Meaning, he would do something like MMA or weight training with short rest periods, instead of walking on a treadmill for one hour.

Rich Piana was a big advocate of cables and machines. He used them more than free weights on his bodybuilding journey.

Besides giving him the best pump and contraction, Rich also believed they would give him better overall results, than lifting heavy compound movements.

Rich said that doing high reps usually gave him better results than training at rep ranges such as 4-8. He often based his entire workouts on doing 16 or more reps per set. 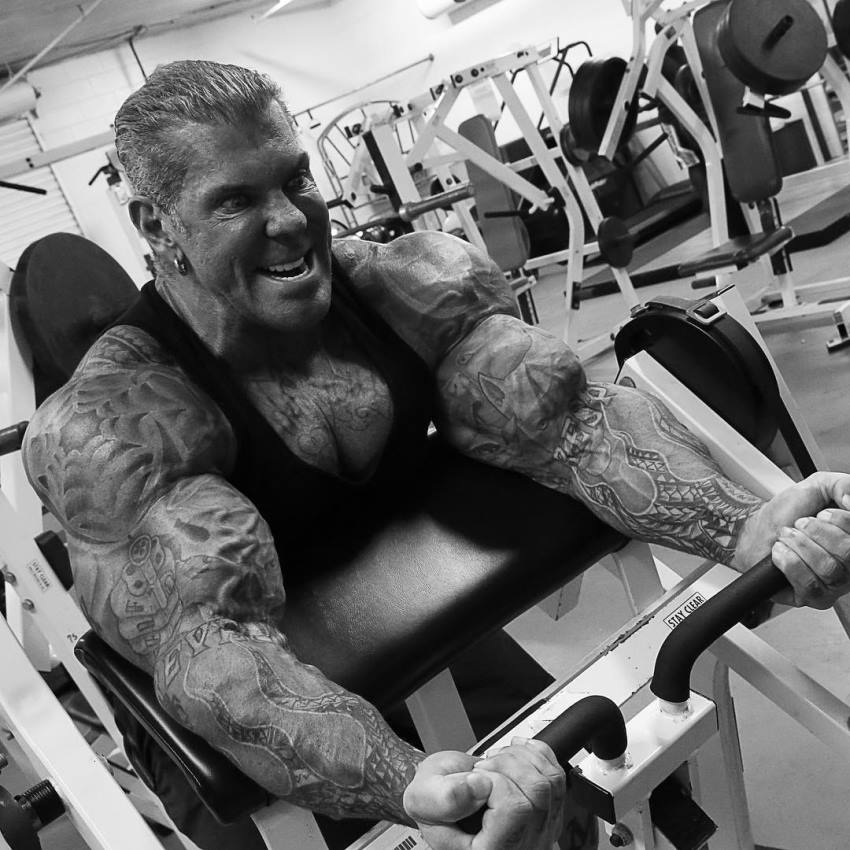 One of Rich’s philosophies in life was being different than everyone else, and his 8-hour arm workout is one of many examples of this.

In one of his videos, Rich showed his entire arm workout which lasted full 8 hours; shocking his viewers. Rich advised this isn’t for everyone, only for the people who are willing to go ‘to the extreme.’

Two hours before the workout, Rich would have a huge breakfast. During the workout, he would drink 16 protein shakes which consisted of simple sugars, protein, and slow-acting carbs. After he was finished he would eat eat a large meal and take two days off from working out.

Rich would alternate between these two workouts non-stop, doing them for 30 minutes. After that, he took a quick break by drinking a protein shake, and then proceeds to the next ‘mini workout‘ which would last for another 30 minutes. He then repeated the cycle until he completed roughly 16 mini workouts over an eight-hour period. 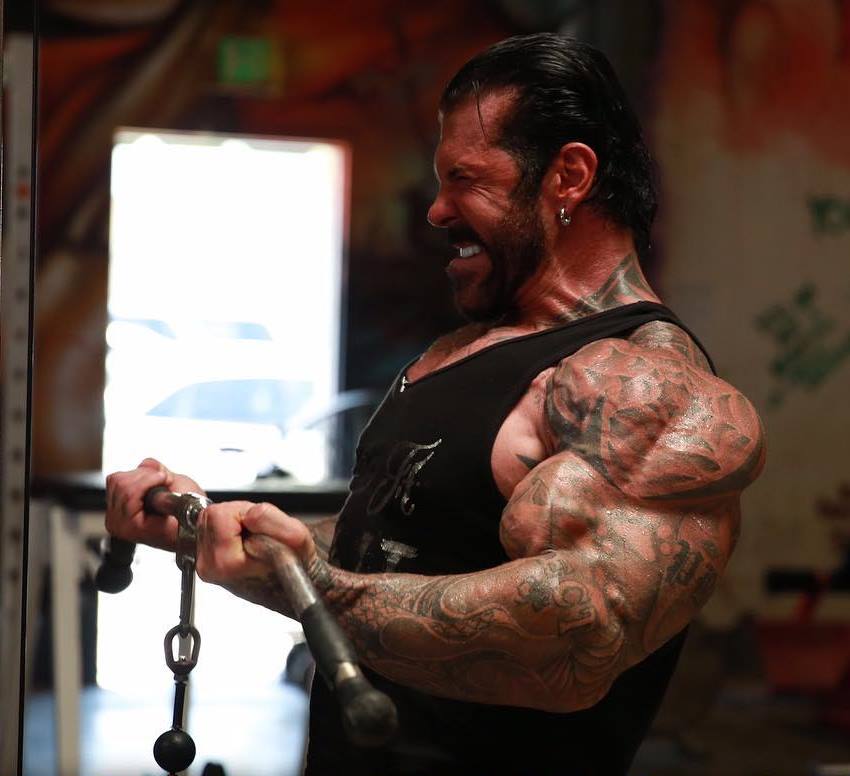 “My arms and chest were always the hardest for me!! I obsessed over my arms for 32 years! I did everything to bring them up, for 2 years I did mini arm workouts every night before bed! This was on top of training them twice a week at the gym and getting arm massages for recovery 3 times a week! I actually stopped training back and legs for 3 years cause I hated the way I looked with a huge back and legs, and weak arms and chest!”

Same as with his training, Rich Piana didn’t follow the same diet every day. He said; “I have never had a written in stone meal/diet plan since stepping away from the competitive bodybuilding stage. “

Rich said he didn’t like to torture himself by eating 10 or more meals per day. Instead he enjoyed eating whatever his body desired.

Throughout this mindset, he kept a mindful approach to his food choice; meaning, he would eat healthy and nutritious foods most of the time, while having a full-on cheat meal here and there.

Rich was a big advocate of food over supplements, that’s why he created a company which sold food-based products.

He didn’t drink a standard whey protein shake, but instead, he consumed his own shake which consisted of powdered sweet potatoes, blueberries etc. He used this shake for post-workout.

During the day, Rich drank his own BCAA supplement, which helped with muscle recovery. 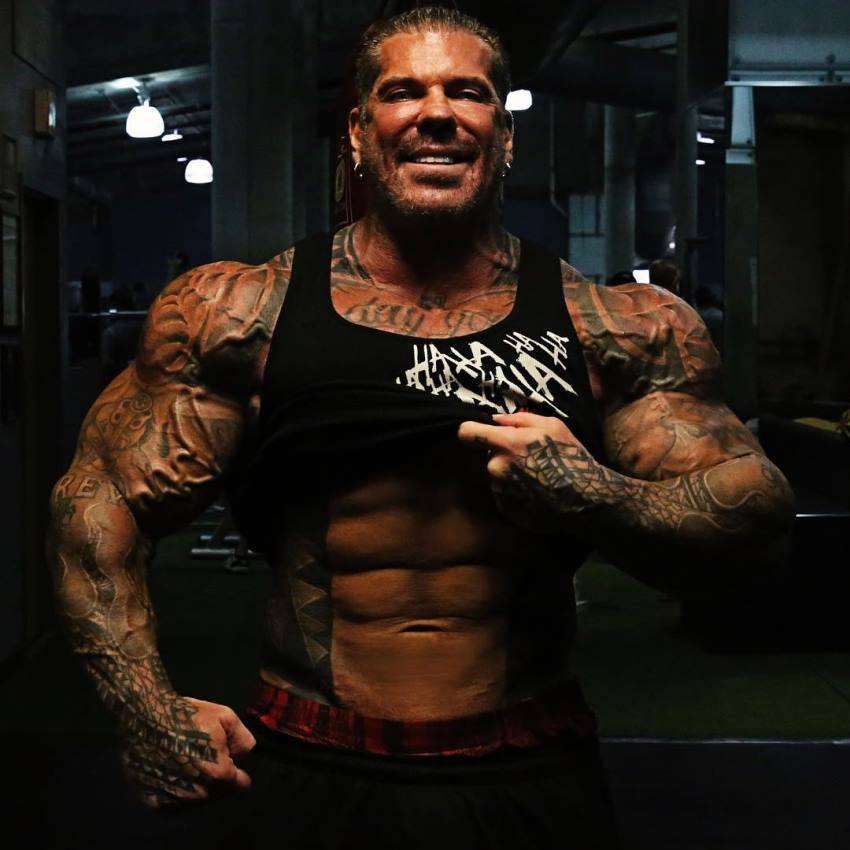 “Most definitely people are making the choice to take steroids too early! Seems like nowadays working out goes along with taking steroids! Everyone has their own choice, but it is crazy how many people are doing it these days!”

One of Rich’s biggest influences in bodybuilding and life was his mother. Rich would observe her train in the gym every day, inspired to become a competitive bodybuilder like her one day.

Talking about his other influences, Rich said; “All those monsters at Golds Gym when I was 6 years old! Bill Cambra was the biggest influence and we are still in touch this very day!” 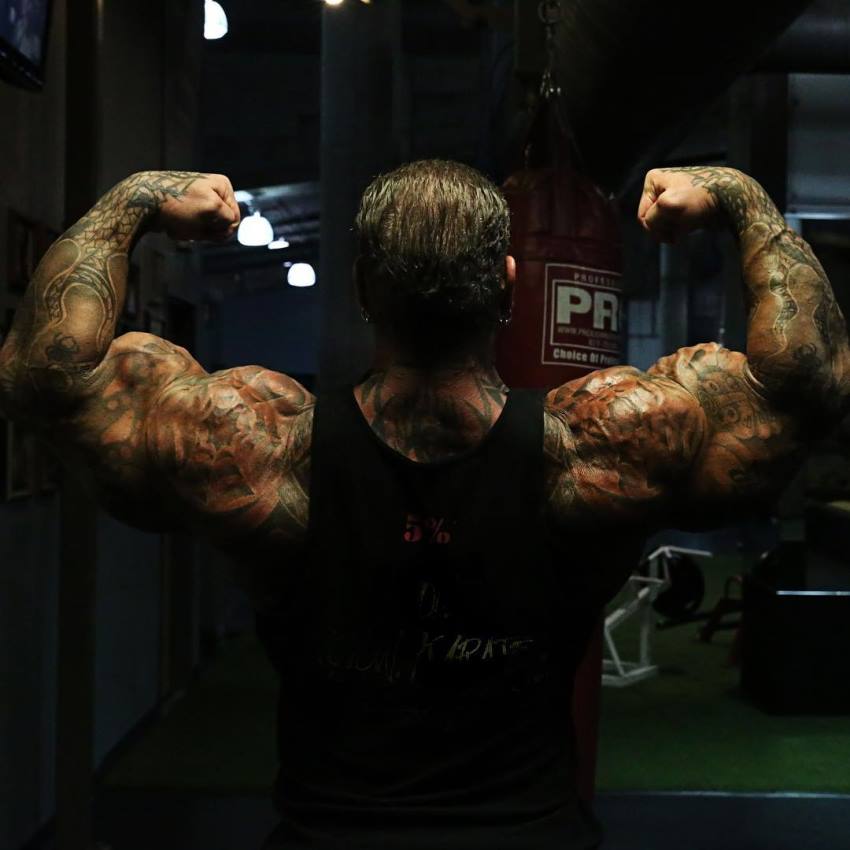 “There’s no short cut. It’s hard work being a bodybuilder. If you’re not willing to do the hard work, then it’s the wrong sport for you. You’ve got to love it. If you love it, you will get to where you want to be.”

What we can learn from Rich Piana

Rich Piana was someone who achieved a lot of success over the years – he became a professional bodybuilder, actor, entrepreneur, and social media star.

He achieved all of this despite some people trying to bring him down with their comments, and criticism towards his honesty and openness.

What we can learn from Rich is – you don’t need to follow the same path as everyone else in order to succeed. You will possibly encounter people who don’t agree with you on your journey, but that’s part of becoming successful.

Stay on your path, and don’t let anyone bring your down. That’s one of the ways you can realize your goals – just like Rich Piana.

Gone too soon. Inspired many many people. RIP.

Heads off to him….i had to leave my Gym because some liver problem now after 2months I am totally ready again to fuck the laziness………

RIP Big dog!!! Will still continue to watch your videos and use your supplements. See you on the other side brotha!!!

I will miss his guidance. Thankful for videos left behind. He is in Muscle Heaven now and I am certain he will answer any questions you have while training. Just listen. Proud to know him!

We will miss you great Hero. I can personally understand how it feels to be separated from the one you actually & really Love. I believe it was Sara’s shock which took my Hero’s life not the injury. Rest in Peace my Hero. Tears 🙁

R.I.P. Big Fella! You left to earth too soon!

You left this earth too soon.

RIP your my google map in life you aways will be my idol.I still can’t belive… You save my life twice And I even didn’t have chance to meet you and say thank you,but one day I will have that chance you will be miss your my Hero!!!

Your intense training has ended, yet your motivation and inspiration shall live forever. May you rest in peace Rich.???

So bad that you are now gone, one of a kind. RIP

I did put on the 30 pounds in three months n not talking water. Feeder sets baby! You taught me a lot n I’ve been doing it as long as u rich . ?????

Love ya Bro. I am currently on day 33 of Bigger by the day I have put on 5 kg muscle and 33 days I’m leg pressing now 695 kilo leg press your inspiration has gave me a swift kick in the butt to get up and go for it thank you bro thank you

excess of everything is bad

Rest in peace, the honest advice and videos are missed big time

I love how many people say it was such a tragedy and how he has gone too soon and all that warm cushie feeling for a guy who was a walking steroid factory !!!

Tragedy is an old lady being hit by a bus …
Tragedy is a baby being born with incurable cancer …
Tragedy is watching your beautiful mother decline from a healthy active person to a mumbling aged care patient unable to speak one straight sentence or get up to go to the toilet on her own …
That’s a tragedy …..

Not some self obsessed wanna be viral twat who stuffed so many chemicals into his body, that he was a walking pharmaceutical brochure which in turn did irreversible heart damage.
Tragedy he has died … ?
Not, a god send to the young impressionable youth who idolise they knuckle dragging neanderthal morons that give kids the wrong idea of what is right and wrong when it comes to body building. It sets an unhealthy and unrealistic expectation.

Rich, thanks but no thanks.
See ya

There just always has to be that guy doesn’t there

Tim M. You definitely loved the sport. Your lifts did not indicate any chemical use. At least you told the truth about the weights you lifted, you could very well have added 100 to 200lbs to each lift. You did make your place in bodybuilding.R.I.P