From an island named Barbados, Albert Beckles moved to the UK and trained to be the best. Over the course of his 3-decade long career, he’s taken part in over 100 contests, including Mr. Olympia and Night of Champions.

Known for his high-peaked biceps and trademark performances on the stage, Albert competed at the elite level even into his 60s – placing 2nd at the 1985 Mr. Olympia to Lee Haney at 55 years of age. 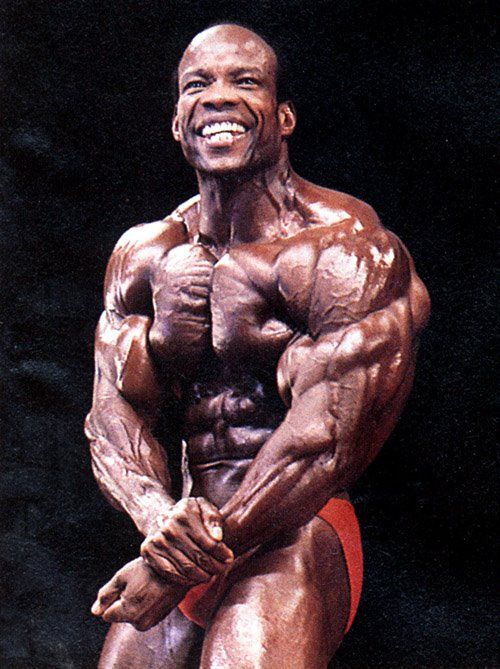 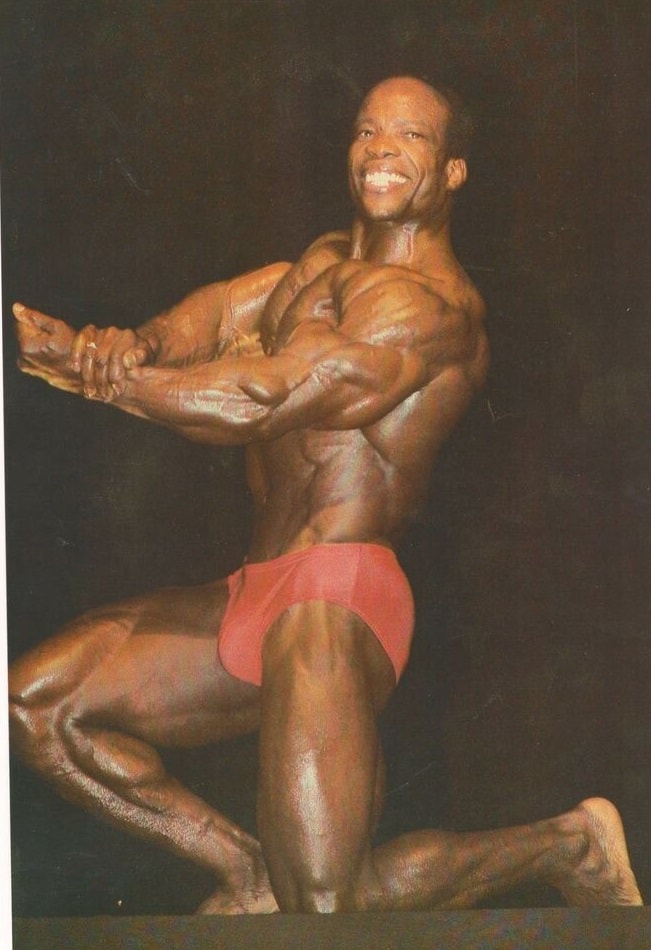 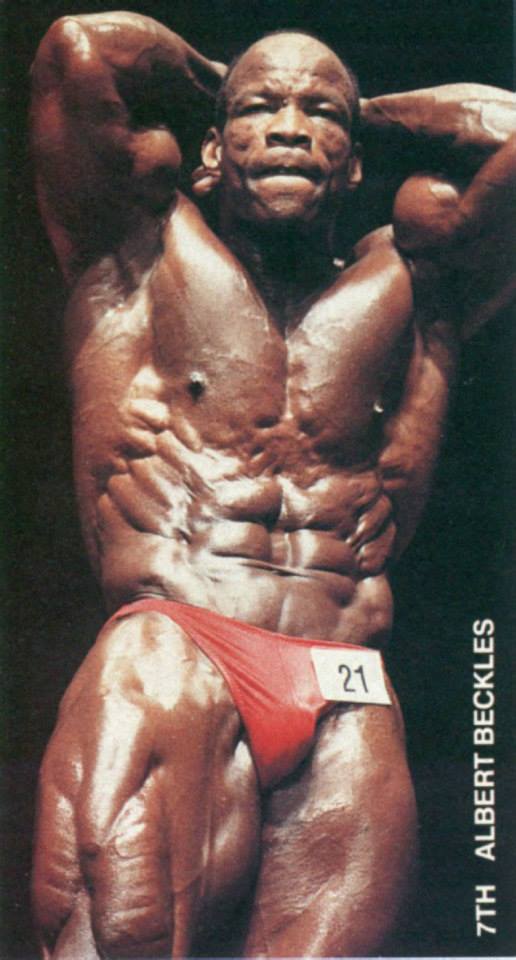 Emigration to London and First Contests

Albert Beckles was born on a Carribean island named Barbados. He later emigrated to London, where his love for bodybuilding first emerged.

After many years of training, Albert’s physique looked better than ever. This is when he began to take bodybuilding more seriously – deciding to become a competitor.

His first show came in 1965. It was the NABBA Mr. Britain, and Albert impressed right from the start by cracking into the top 5 at the contest. 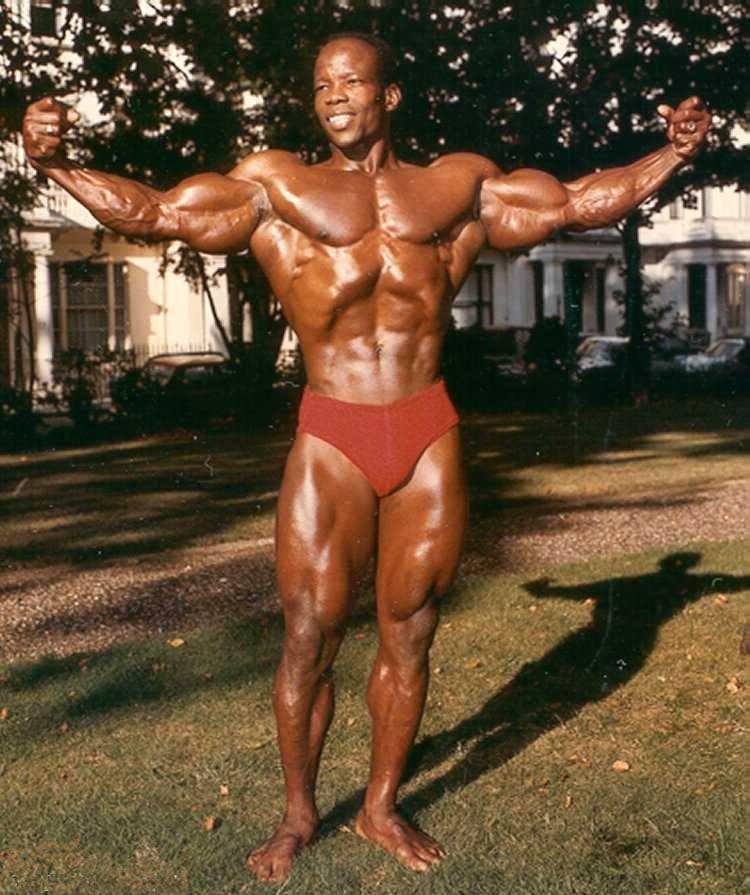 After a series of 2nd and 3rd place finishes, Albert took his first victory at the 1970 NABBA Mr. Britain.  He repeated the success at Mr. Europe that same year.

By the end of 1970, Alber competed in one more contest – NABBA Universe – taking 2nd place.

One year after winning his first show, Albert repeated the success once again, winning the 1971 Mr. Britain NABBA. But his best was yet to come.

That same year, Albert went on to win the AAU Mr. World contest, which saw him join the IFBB circuit.

Albert continued his awesome streak in the IFBB, winning the  1971 NABBA Universe and IFBB Universe in both his weight category and overalls. 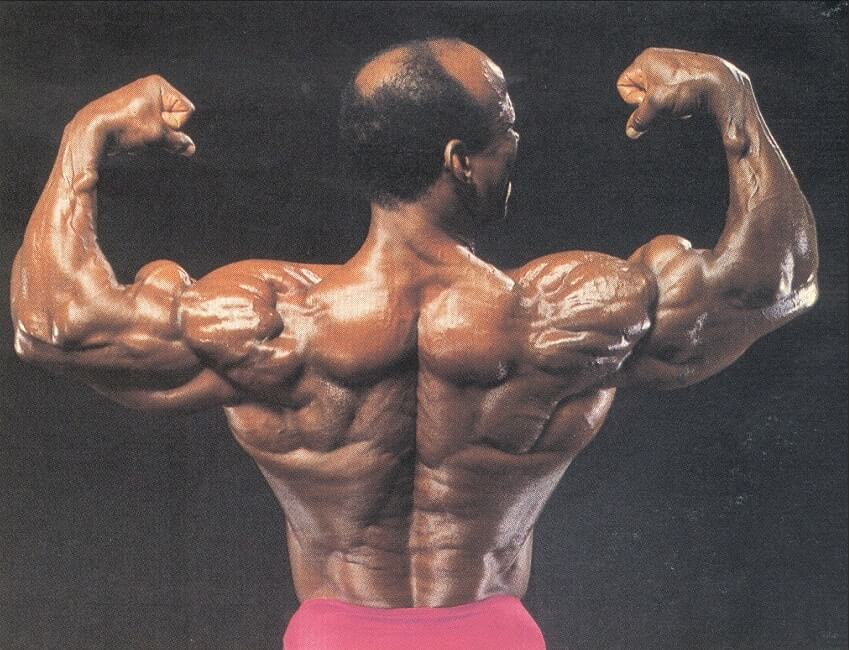 Throughout the years, Albert went on to become one of the most active bodybuilding competitors in history – taking part in over 100 contests over the course of his career.

He also broke many records along the way.

In 1982, Albert claimed the 1st place title at the Night of Champions. He was 52 years old at the time.

He’s also the record holder for the most appearances in Mr. Olympia, having appeared 13 times on the world’s biggest bodybuilding stage.

Albert cracked into the top five on six occasions at Mr. Olympia. But one time, in particular, Albert achieved something that was unheard of before.

Although this came as a huge surprise to many people, it didn’t to Albert, who once said that he looked better in his 50s than 30s. 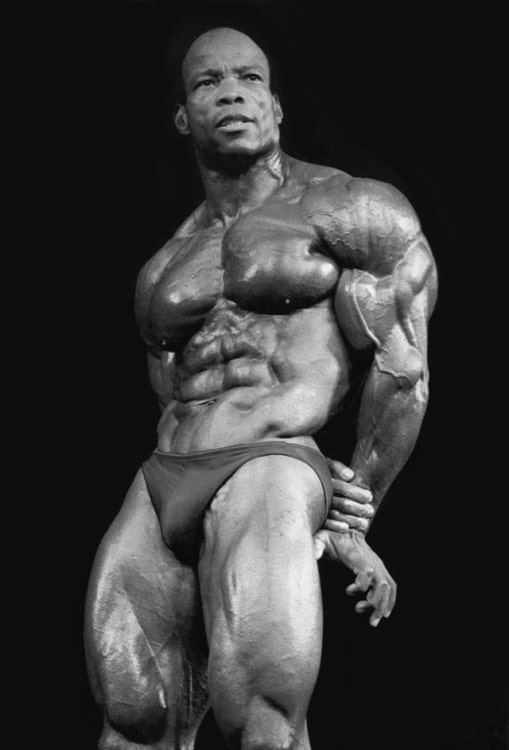 Albert’s latest win came at the 1991 Niagara Falls Pro Invitational, where he outshone everyone else at 61 years of age.

On May 9th, 1992, Albert drew the curtains on his glittering career after over 3 decades of competing at the top.

Known for his fairness and friendly personality, Alber Beckles has cemented his status as the “British gentleman” and one of the greatest bodybuilders that have ever lived. 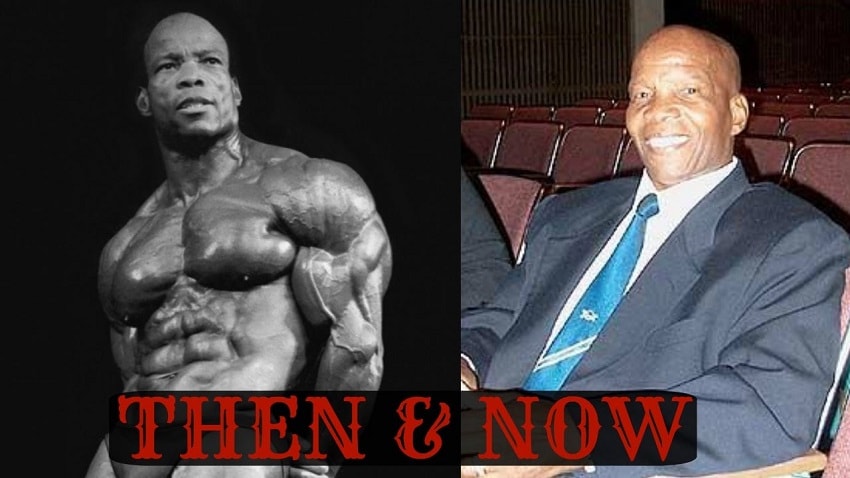 Albert Beckles was proud of the progress on his physique, but even in his 50s, he believed he could look better. He’d always want to achieve more.

This insatiable thirst for improvement is what allowed Albert to stay on the top of his craft even after 3 decades of competing.

In terms of his training specifics, Albert loved to include a lot of volume in his workouts. He was known for doing multiple sets of power cleans for over 16 reps.

This caused the notorious burning sensation in his muscles, which he believed was one of the keys for growth.

Training the Same Body Part Multiple Days in a Row

There was a time where Albert felt his thighs were lacking behind. In order to change this, he started training them 4 days in a row with as much volume as he could pack into a workout.

While some argued this would lead to overtraining, Albert proved through his example that this wasn’t the case. His legs grew enormously after he began training them on consecutive days. 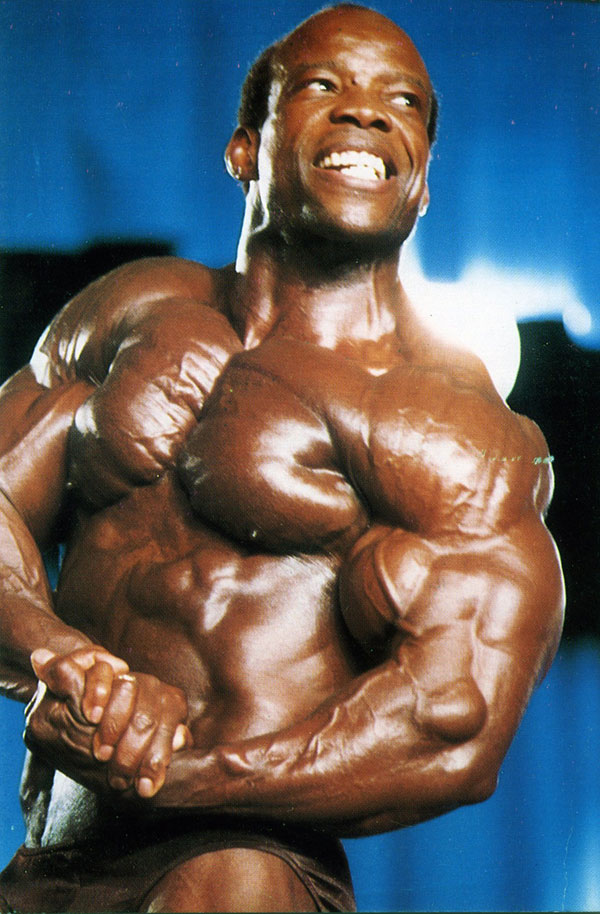 Famed for his sharp biceps peaks, Albert believed that the key to great arms was doing a lot of isolation exercises, such as cable curls.

Here’s Albert talking about his biceps training; “I like exercises that allow me to focus on contractions, like cable curls and concentration curls.”

“At the top, I twist my wrists outward as far as they can go. This creates a tremendous contraction that I hold.” – Albert Beckles

In terms of reps and sets, Albert never believed that higher reps bring more definition. He says this is just a myth in bodybuilding.

Instead, he sticks to 8-12 reps per set, which he says, is an ideal range for muscle hypertrophy. His biceps training routine; 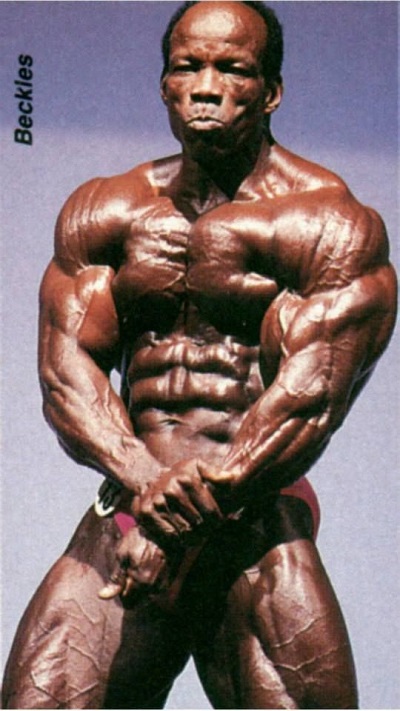 For most of his career, Albert Beckles ate a strict diet consisting of chicken, rice, and vegetables. He almost never ate sugars or refined foods. He says, on the odd occasion where he’d eat something sweet, it would be in very small quantities.

There was also a period in Albert’s career where he ate a vegetarian diet. During this period, he replaced meat with foods such as lentils, grains, dairy, eggs, fruits, and vegetables.

However, even though this diet worked for him, Albert still returned to eating meat eventually, believing that a balanced diet is one that the human body is made for. 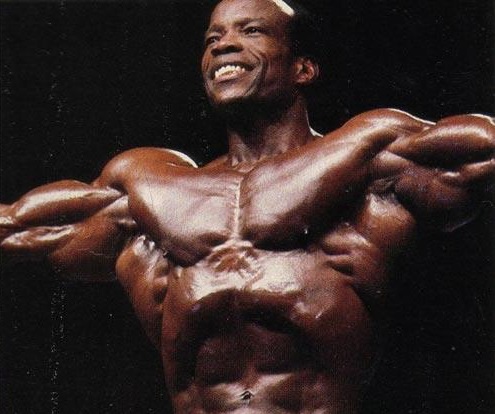 Although he had his own influences, Albert Beckles was, and still is, an idol for many bodybuilders.

With his extensive career and record-breaking feats, he’s a role model for everyone who wants to see how success is made as a bodybuilder. 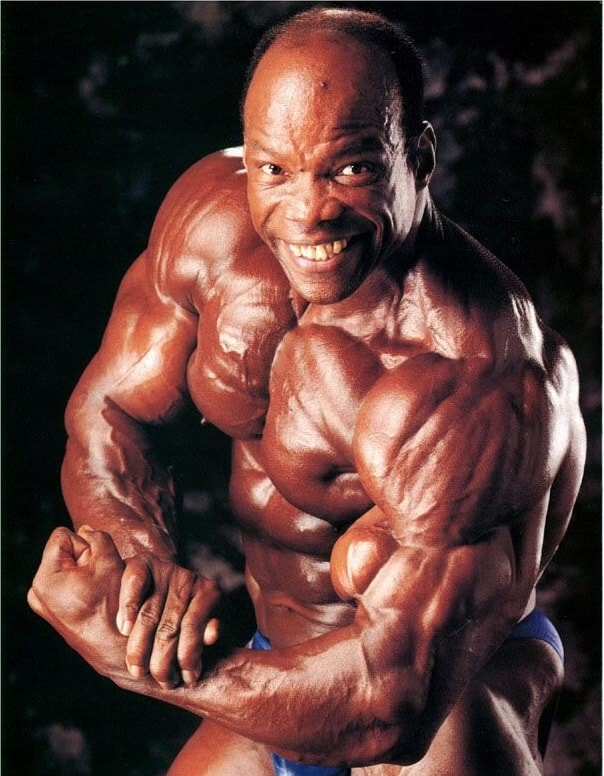 What we can learn from Albert Beckles

From a career standpoint, Albert Beckles has shown us that you should never put limits on yourself. Albert started competing when he was around 30 years old, and stayed at the top of his craft even during his early 60s.

This was previously unheard of in bodybuilding, but Albert proved that with the right approach and mindset, anything is possible.

And despite the success he’s achieved, Albert Beckles has always been a humble individual who’s helped others with his bodybuilding advice – this is why he’ll forever stay remembered as the “British gentleman” and a true legend among bodybuilders.

Thank you for posting this profile. Albert Beckles’s successes through more than 40years in the fitness industry is truly an AMAZING accomplishment. His muscular development, balance, and definition were exceptional.

I think in this today’s society we very loosely brand someone a “legend” far too freely and quite often the people we are talking about are not legends at all.
Albert Bettles has truly earned the respect and recognition of a legend.
I have met him a few times and he is one of history’s most awesome bodybuilders, a perfect gent and always had time to chat.
Albert Beccles, a true and worthy legend.