William Bonac is an IFBB Professional Bodybuilder and sponsored athlete from Ghana. He’s worked extremely hard to build the physique he has today. He prides himself on his confident, down to earth attitude.

This mental approach has taken him all the way to the Mr Olympia stage. He’s admired for his large legs and arms, as well as his dedication to proper nutrition – being compared frequently to the American bodybuilder Kai Greene.

It has been a long and difficult road for William in reaching this level. He makes it clear to his fans that it’s certainly not the career for every fitness enthusiast. He started training at 13 years old as a way to release stress – it took him almost 2 decades to reach the 2016 Mr Olympia stage.

With an ever-increasing social media fan base, William Bonac is a face to look out for on the professional competition circuit. 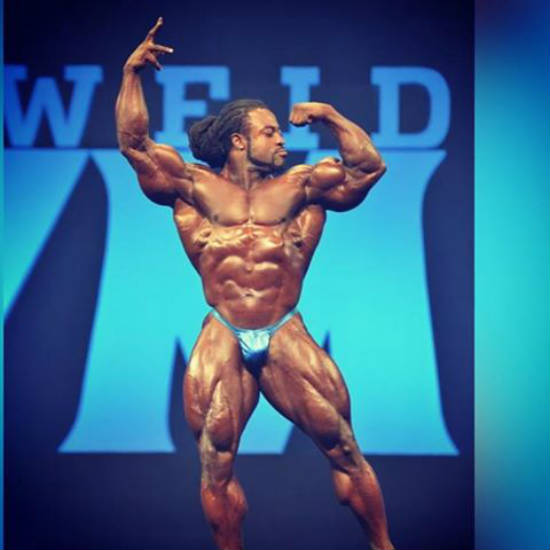 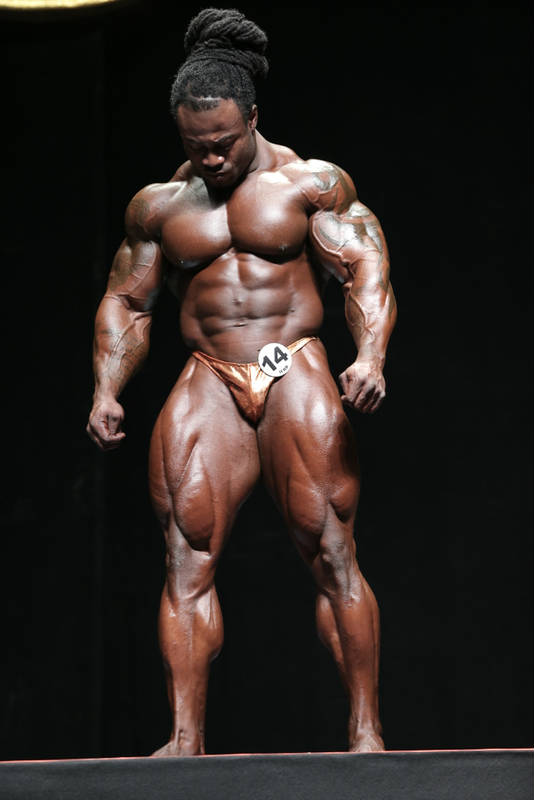 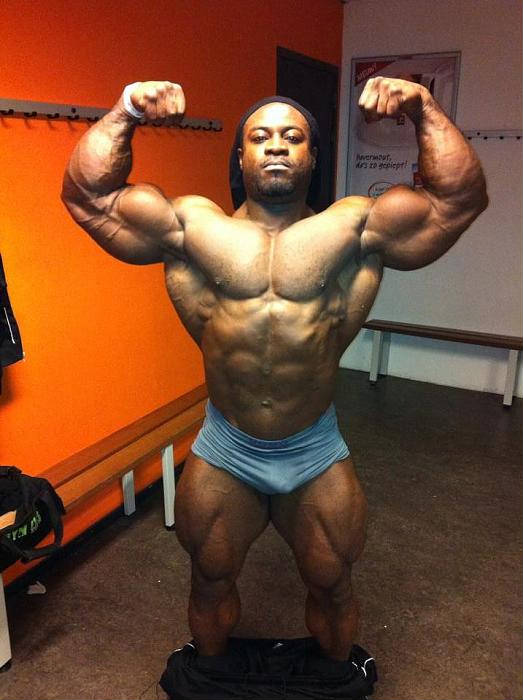 William’s workout are both intense, and heavy. He completes sets of both free-weight exercises and machines, where he pushes his body to failure regularly. His weekly split looks like this:

William admits that his legs have always been his weakest area. He now trains them extremely hard. His favorite exercise is the front squat, and values this exercise as one of the main movements of his entire routine.

He says “I prefer the front squat because the front Squat attacks my quads more than the Squat, plus it prevents me from using too much of my lower back.” He also advises people new to the exercise to never let their knees cross over their toes. He says that doing so, makes stabilizing with a straight back more difficult.

Many of William’s high competition scores have come as a result of his well developed arms. He trains his triceps and biceps with his back and chest, seeing this combination perfect for spending a lot of time on the muscle individually.

Many of his fans recognize his bicep peaks as some of the best on earth. He incorporates heavy machine workouts for his biceps, and also pushes hard on dumbbell bicep curl drop sets top achieve this amazing feature.

William values the barbell curl in particular for his large arms.

In terms of tricep exercises, William does a lot of tricep pushdowns. He likes this exercise due to the predictable movement it offers. Additionally, he completes tricep extensions, dips, and a variety of other machine based exercises. 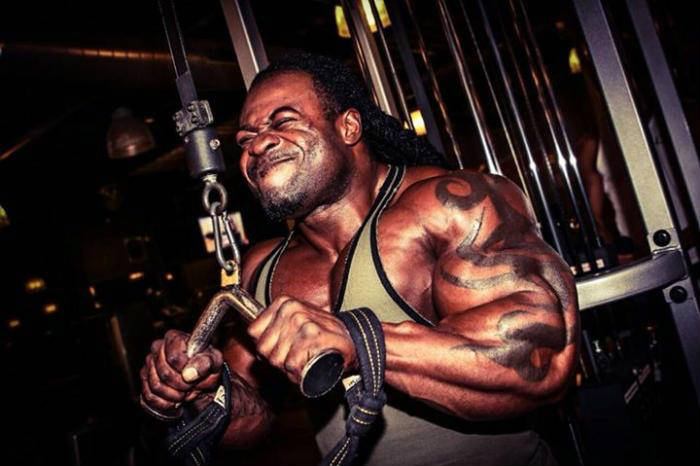 William buys his own food from his local market in the Netherlands. He does this because he can buy a lot of meat and eggs for half the price, compared to his local supermarket.

Every fortnight, William does one large shop that sees him through the next two weeks. He does this to make sure he’s always got enough food at home for recovery, and pre-training meals.

Once he’s bought and stored all this food, he prepares his own meals in advance and stores them in small Tupperware containers.

He loves to eat lean fish and meat, with rice and potatoes and other healthy carb options. He also buys a lot of eggs, so he regularly makes omelettes for breakfast, or eats them boiled.

A daily meal plan which William follows regularly is below:

Inspired to reach your true potential like William? Read our in-depth guide on how testosterone booster supplements can really enhance your game! 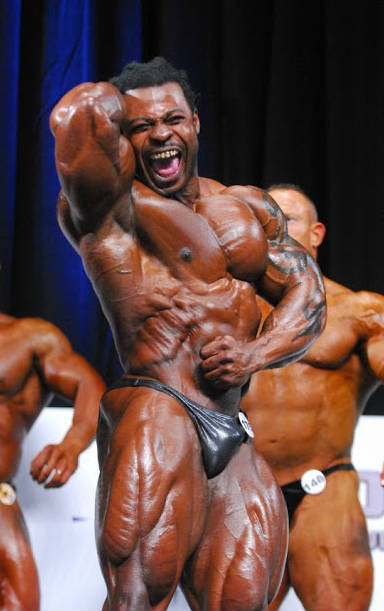 Flex Wheeler was one of William’s favorite bodybuilder’s growing up. When he was in his twenties, it was Kai Greene who really caught his attention, and inspired him to compete.

As well as these legends, he is also inspired by his own journey. 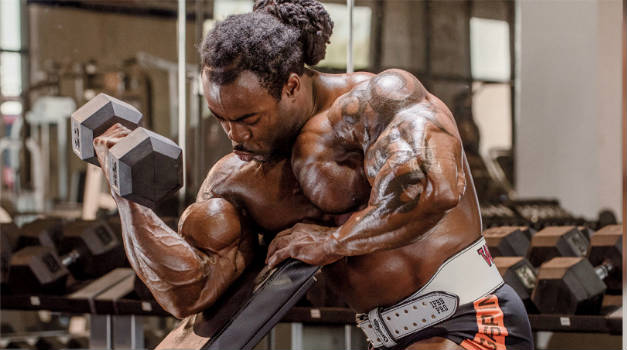 What we can learn from William Bonac

It took William almost 2 decades to reach the professional standard he competes at today. He stresses to his fans that it isn’t an easy road to get a Pro Card, and reach the Mr Olympia, as the journey involves a lot of sacrifice.

With this in mind, if you are considering becoming a professional bodybuilder, be prepared for a long and difficult journey to the top. However, if you follow this route with the same dedication as William Bonac, you’ll be one step closer to achieving your goals.

we are proud of you William you will go places

[…] Classic 2018 Competitor William Bonac, was caught with mushrooms in his system. He got so damn high, that he could easily be picked up by […]

You inspirational my man.
You have won it where it’s almost impossible to.
Keep on keeping on brother Africa is with you.

That meal plan must be during his cutting phase. Not that many calories

Congratulations on reaching 2nd place at the Arnold Australia March 17, 2018. You had more definition on your back and biceps than Roelly. But the latter must one admit, was massive. I am nonetheless very, very, very proud of you, my brother.

Congrats William you really earned it thanks for the motivation

Hi, William am proud of you since you came to Kenya, you are a nice down to earth guy, I hope one day to receive a William Bonac branded belt since I have began my training, also you could consider opening a gym in Kenya or in Africa to help keep the youth free from pressures of alcohol and drug addiction. I also take this opportunity to congratulate you on your second Arnold Classic win.