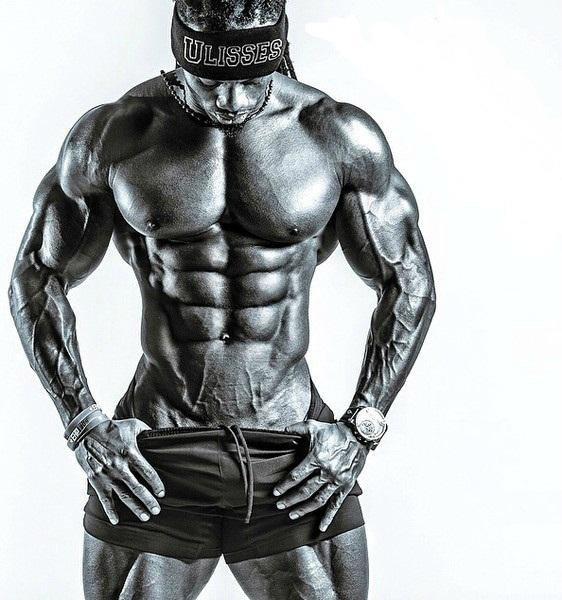 From high school sports to competitive bodybuilding, Ulisses Jr has gone from strength to strength since he started lifting weights as a skinny teenager.

Known for his shredded 8-pack, Ulisses Jr succeeded in achieving one of the greatest physiques in the world. He defied what many believed a natural bodybuilder was capable of, on the way to becoming an icon in the fitness industry.

He has won numerous bodybuilding competitions. After years of hard work, Ulisses Jr began using his experience to give back to the community by becoming a body composition coach. 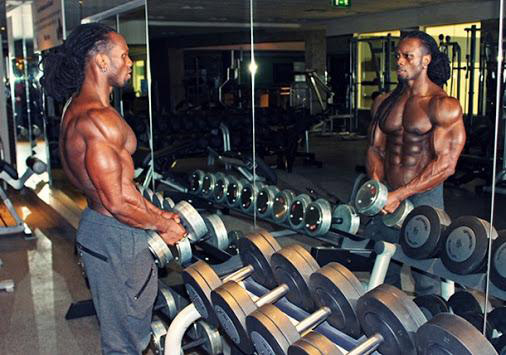 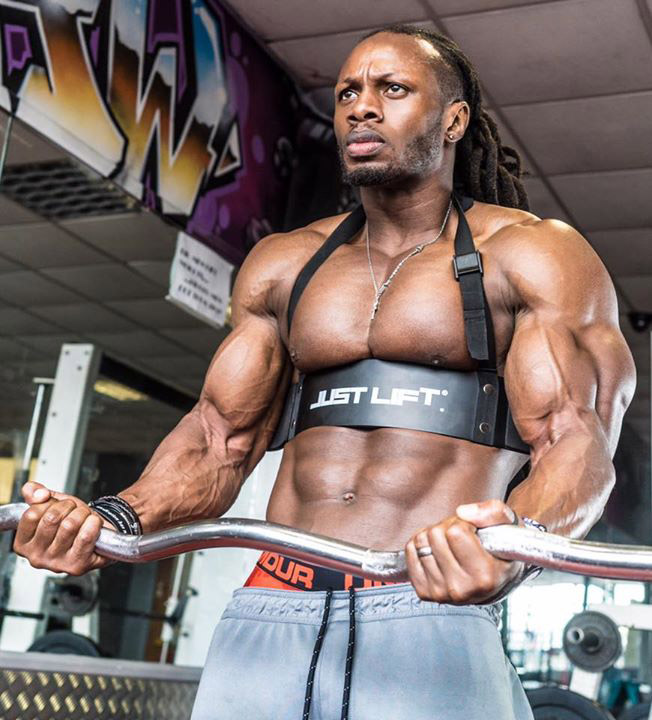 “I consider myself a natural born leader, so I strive to be the best.” 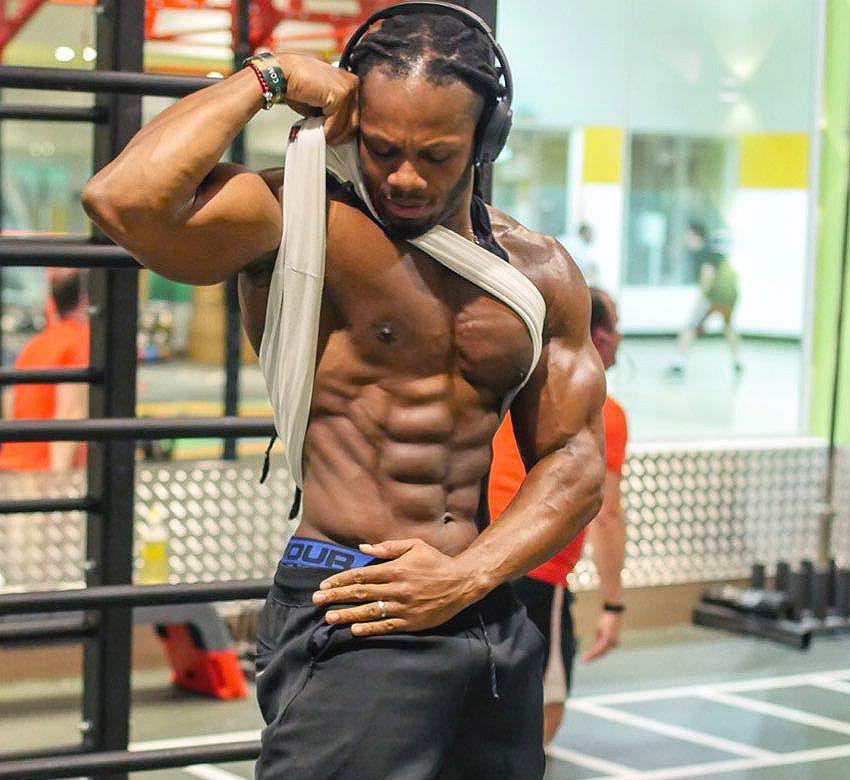 “Success is not achieved overnight.”

Ulisses Jr was born in the heart of New York City, and even as a child, he had a passion for fitness. During high school, he began competing in both his football and athletics teams. However, as one of the smallest in his age group, he found it hard to make an impact during game-time.

This is what inspired Ulisses Jr to start training rigorously in the gym. Not only did he improve in sports, he developed a strong passion for working out. This soon made him realize the potential of his physical ability, and where it could take him.

At 19, Ulisses Jr believed with the progress he was making, that he may have a future in bodybuilding. He began taking his training more seriously, and was eager to see where this new journey would take him.

Despite his impressively fast progress at the start, it wasn’t always easy for Ulisses Jr. After a while, Ulisses Jr hit a plateau and had a problem packing on the muscle.

But he refused to give up.

Ulisses Jr realized that nutrition was the problem. He knew he had to up his game and he found the answer in nutrition and supplements. It was this determination that helped him to reach his first milestone in what was to be an extremely successful career.

After a couple of years training, he had already started to develop a shredded physique – his trademark 8-pack was well on its way to being ready for the spotlight. His friends were so impressed with the progress he was making that they entered him into his first bodybuilding competition.

Although he didn’t win, Ulisses Jr had his first taste of being a competitive bodybuilder – and he was even more hungry for success. This experience of being on stage alongside other like-minded athletes inspired him to take his training and ambitions to the next level.

Soon after, he began promoting his passion by visiting schools with The City Gym Boys as a fitness model. At this point, more than ever, he was determined to become the best. 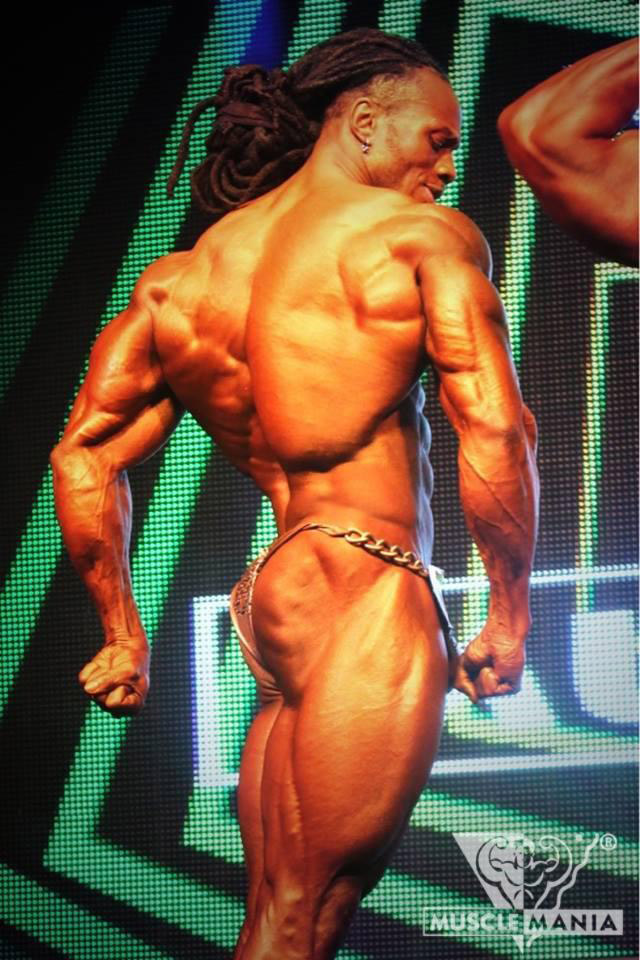 “Pain is temporary. It may last a minute or an hour, or a day, or a year, but eventually it will subside and something else will take its place. If I quit, however, it lasts forever”

It was clear that Ulisses Jr was destined for great things, and his hard work soon paid off. The future champion was approached to take part in his first professional photo shoot.

After a few more years of intensive weight lifting and dieting, he featured in various magazines as a fitness model. He found himself gaining more of a reputation for his formidable physique.

Just 5 years after he had started training, his determination had led him to winning the Novice Middleweight division of the 2000 Platinum Classic NYC. At 24, he had added the first trophy to his collection.

But this was just the beginning.

Continuing to train rigorously to further his career, Ulisses Jr dominated every competition he entered for the next 13 years. After earning his pro card in 2003, he built on this by walking away from 8 competitions as the champion.

By 2013, Ulisses Jr had achieved one of the greatest ever natural physiques. Appearing in Men’s Health, Muscle & Fitness and FLEX Magazine, he had become an icon in the industry.

During his career, Ulisses Jr had naturally sculpted a bulky physique with an impressively low body fat. This is something that had never been previously achieved by a natural bodybuilder – and he successfully achieved better stats than the great, Serge Nebret. Although he had gained a lot of recognition and praise during his career, not everyone believed this was possible without steroids.

There were those who claimed that Ulisses Jr’s fat-free mass index was well above what was naturally obtainable. This was supported by the claims that he had displayed gynaecomastia, a fairly common side affect of steroid usage, on stage during his career. All of this led to more and more accusations of steroid abuse.

However, Ulisses Jr had never been proven guilty or let these accusations affect him, saying:

“I’m around 200lbs. If I’ve been juicing for nearly 20 years then I need my money back. I must have been wasting my money for years!”

By 2013, after achieving everything that he wanted to in the bodybuilding and fitness industry, Ulisses Jr decided to take his life in a new direction. With all of his professional experience, he began to help others achieve their dream physique, training countless celebrities.

He settled in London, England, after meeting his girlfriend there. He took up a position as the Director of Personal Training at a fitness club, successfully becoming one of the most respected body composition coaches in the world.

During his time as a bodybuilding coach, Ulisses Jr aimed to “inspire others through leadership, motivation and example”. However, the will to be the best as a bodybuilder never left him, and seeing others succeed wasn’t enough to keep him satisfied.

In 2016, he stated his intention to return to the big stage as a competitor after his absence from competitions had gotten too much for him. He set his sights on adding to his trophy cabinet, eyeing up a comeback in the Classic Physique division of Musclemania. 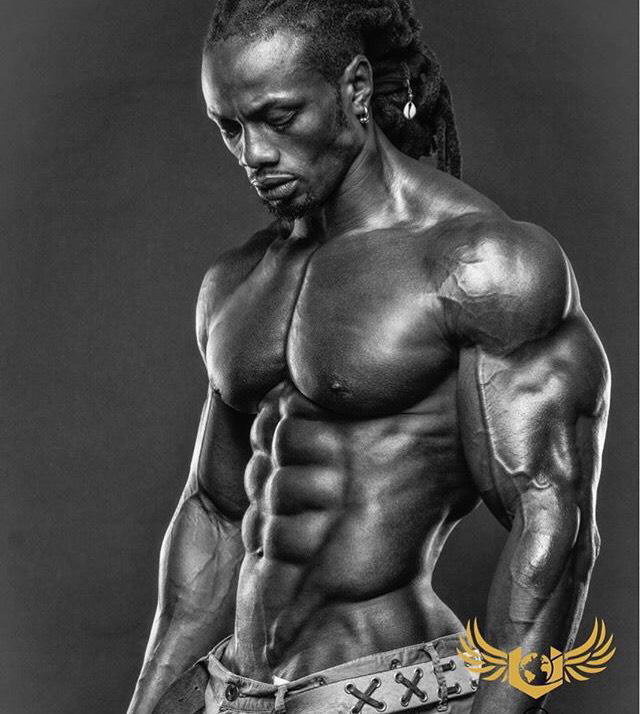 “My advice to anyone trying to build his or her physique is to be patient, dedicated, and determined.”

Ulisses Jr has always been an advocate of mixing up his workouts to shock his muscles – this has always forced his body to constantly grow without adapting to certain routines.

He plans his workouts around compound movements with high reps – 12 to 15 per set – as he believes his body responds to this kind of training the best. Generally, he enjoys throwing in supersets and dropsets to raise his heart rate and build endurance.

Instead of working multiple muscle groups at a time, Ulisses Jr chooses to focus on one per day. This allows other parts of his body to rest, making sure he never overwork muscles.

Unlike other bodybuilders, Ulisses Jr has never trained much cardio. Since 2015, he has put his faith behind his clean diet and intense weightlifting to stay conditioned. However, in the past, Ulisses Jr has trained with HIIT cardio on a daily basis – he used to change the length of the intervals to keep his body guessing.

He always ends all of his workouts with a “finisher” to exhaust the muscle group that he trains. This helps him to give “110%”, revealing this as the secret to achieving the ideal physique.

A rough plan of his weekly routine would look similar to this: 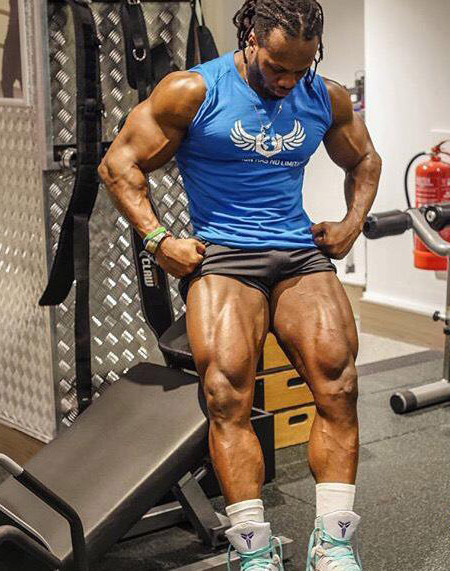 “To be the best, you need to train like the best.”

Ulisses Jr always believes that “nature is nutrition” and regularly eats 8 meals of organic foods a day, staying clear of any processed and fried foods to stay conditioned.

Interestingly, Ulisses Jr doesn’t believe in having an off-season – he always attempts to stay within a 10lbs buffer of being ready for a shoot or appearance. However, the fitness model enjoys one cheat meal per week to satisfy any cravings. Instead of the typical pizza though, he simply takes away his strict portion control and eats more of his usual diet.

When he was competing, Ulisses Jr stayed away from pork and red meat, stating that he only ate steak the night before a competition to fill out. Instead, he filled up on complex carbohydrates and lean protein – mainly oats and brown rice for his carbohydrates, with chicken and white fish making up his proteins.

A typical day of eating will look similar to this:

As for supplements Ulisses Jr will use:

Inspired to reach your maximum potential like Ulisses? Read our in-depth guide on how testosterone boosting supplements can really enhance your game! 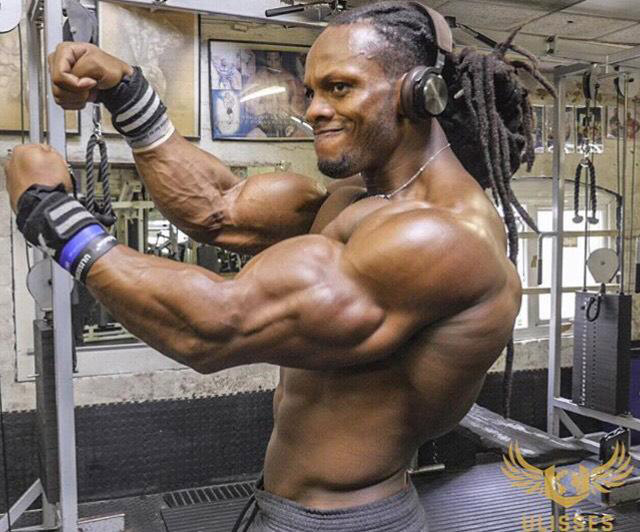 “You cannot have a shredded aesthetic physique at this level without proper nutrition.”

Ulisses Jr has always been a massive fan of the Golden Age bodybuilders – he looks up to Arnold Schwarzenegger and the late Serge Nebret as his main influences. He also appreciates the old school bodybuilders such as Lee Haney, Flex Wheeler and Shawn Ray for “laying the foundation”.

Ulisses Jr’s inspiration comes from his family, friends and fans. They’ve always believed in him, keeping him motivated by following his fitness journey, being key to his success both on and off the stage. The friend he most admires the most is Simeon Panda: “you don’t usually find guys that are massive and have the aesthetics. Arnold had it, but not many others. Simeon’s physique is pretty formidable.”

Throughout his career, Ulisses Jr always aimed to stay as aesthetic as possible while developing his physique. Staying well proportioned naturally, instead of trying to be as big as possible, will always be his goal. 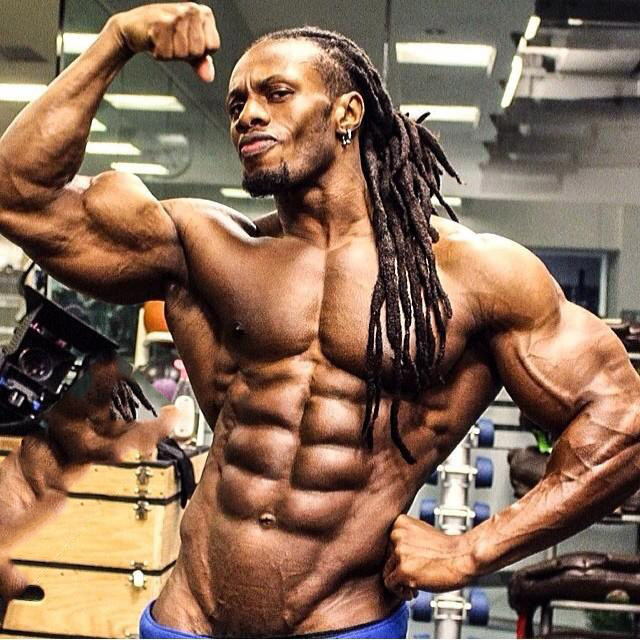 “The most satisfying feeling is to know that you can impact or change someone’s life by inspiring them to live a healthy lifestyle.”

What We Can Learn From Ulisses Jr

Ulisses Jr may have achieved one of the greatest natural physiques of all time, but he started as a skinny teenager who wasn’t big enough for his high school sports teams. He has proven that anyone can make it to the top, no matter where they begin.

An important lesson we can take from Ulisses Jr is that it’s never too late to start chasing your dreams. One of the greatest bodybuilders of all time, Arnold Schwarzenegger, started lifting weights at the age of 15 and became Mr Europa Junior by 18, so 19 – the age that Ulisses Jr began weight training (19) – can definitely be considered a late start.

If we can learn anything from Ulisses Jr, it’s that learning from your mistakes will help you succeed. He has always accepted his weaknesses, built on them and reaped the rewards.

What we can take away from his career is that having an unstoppable mentality, giving it your all in training and never giving up is the key to reaching your dreams. 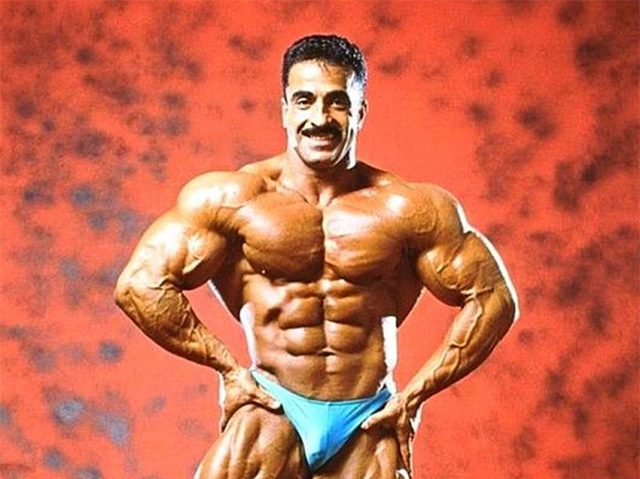 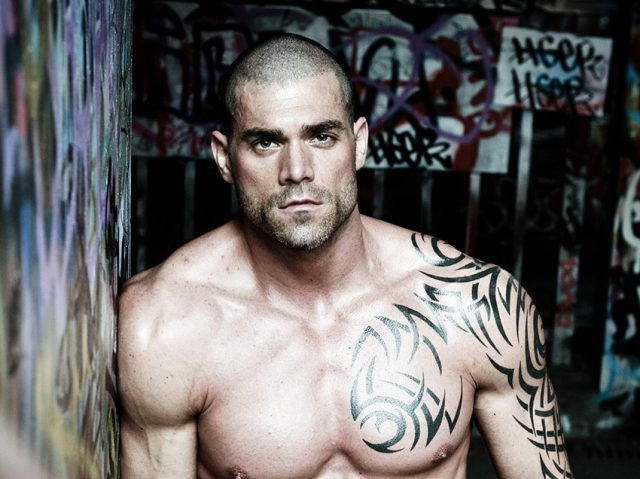 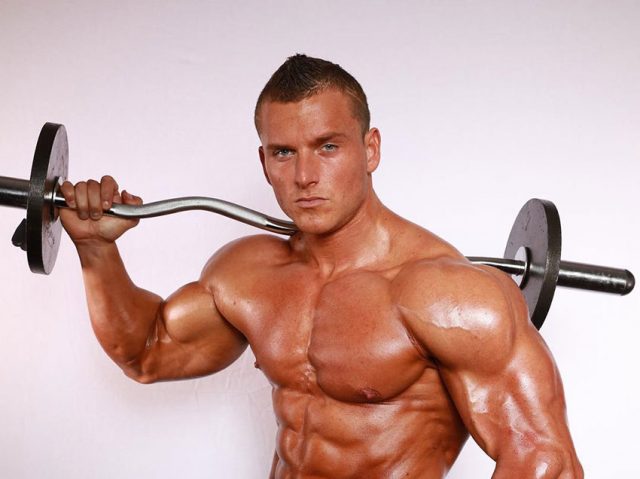 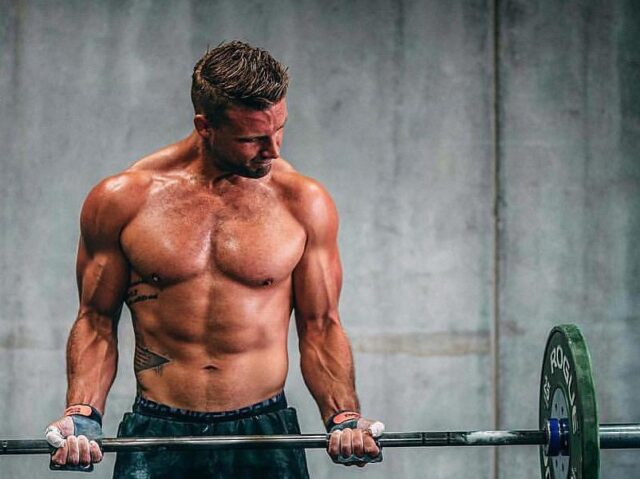 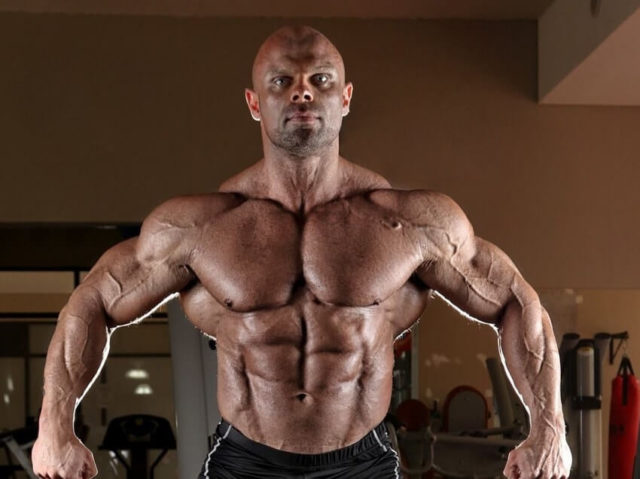 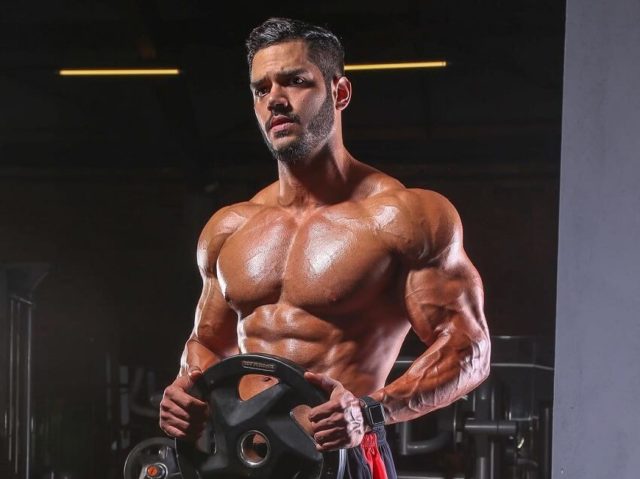