Tony Emmott is one of the greatest bodybuilders to come out of England. His physique proves that he was one of the best in the world, competing against legends in the sport during the 1960-70’s.

Tony was covered in numerous fitness magazines and placed highly in the prestigious Mr. Olympia shows. But he started out as a youngster in a small town in England. 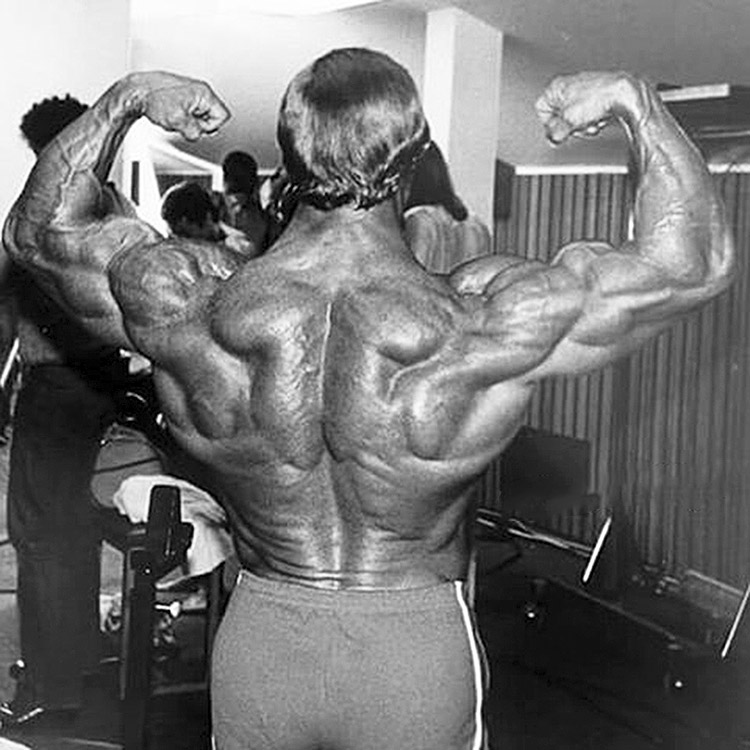 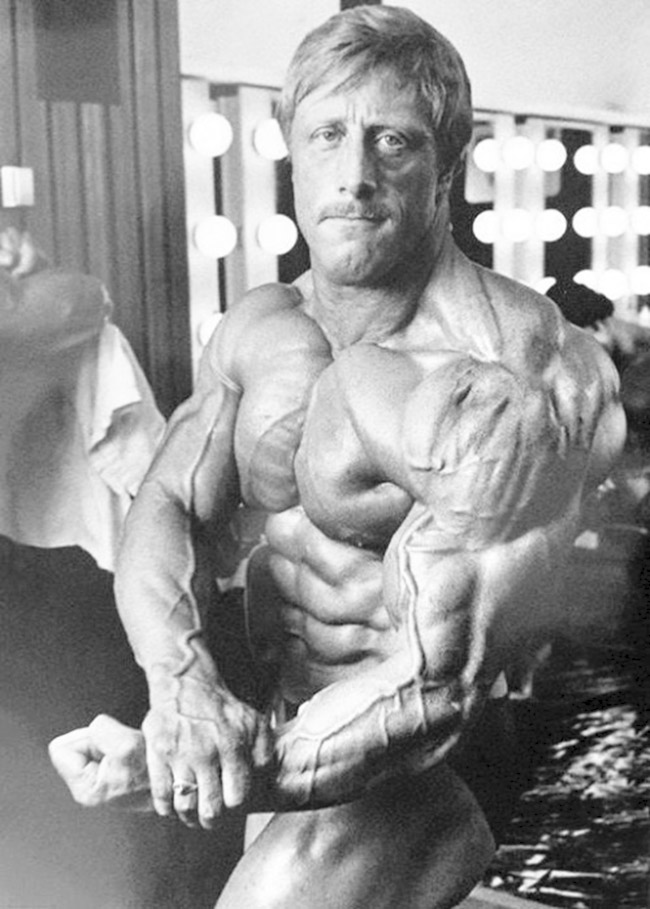 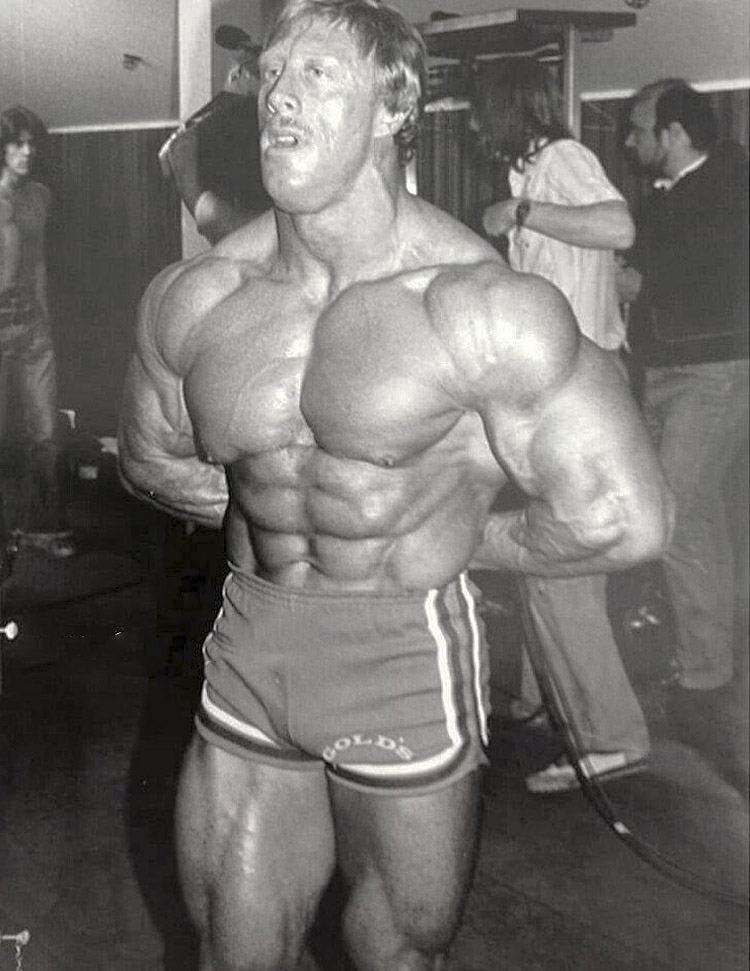 Born in Ilkley (Yorkshire), England, Tony Emmott grew up as a fitness fanatic. From an early age, he began lifting weights in the gym – he was determined to sculpt his dream physique.

However, he didn’t always consider a career in bodybuilding – in his youth, Tony worked as a Postman, living an ordinary life away from the stage. 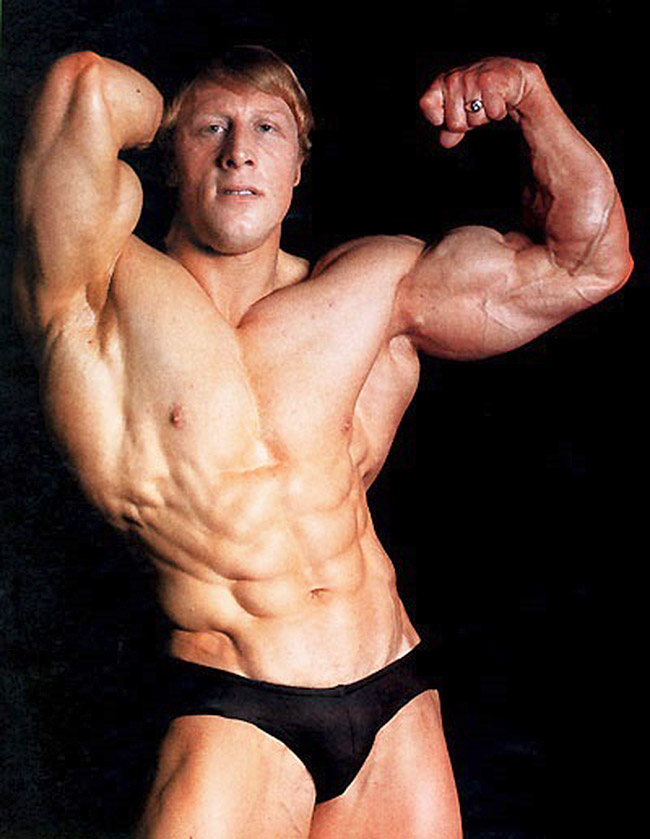 At the age of 22, Tony’s fascination for the sport had led him to compete in his first show – the 1960 NABBA Mr. Universe.

Although he didn’t win, he placed a respectable 4th in his debut contest. Tony was encouraged by his performance and decided to enter another contest a year later.

He improved on his previous competition by placing in the top 3, but he still didn’t consider changing his profession at this point. For the next 8 years, Tony returned to his life as a Postman in his small town, Ilkley.

But he never stopped training in the gym and developing his physique. 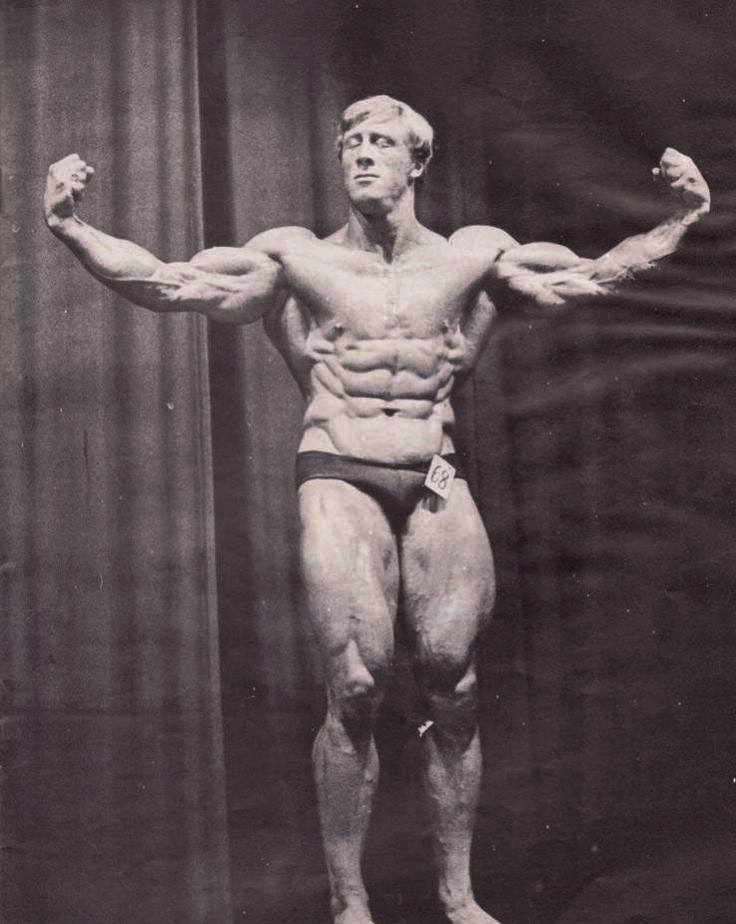 In 1969, at 31-years-old, Tony made the big decision to pursue his passion and make a name for himself as a bodybuilder. He returned to the NABBA Mr. Britain that year, placing in the top 3 again.

This achievement earned him his Pro Card. But he took 2 years away to sculpt his body and be able to compete with the big boys of the sport. 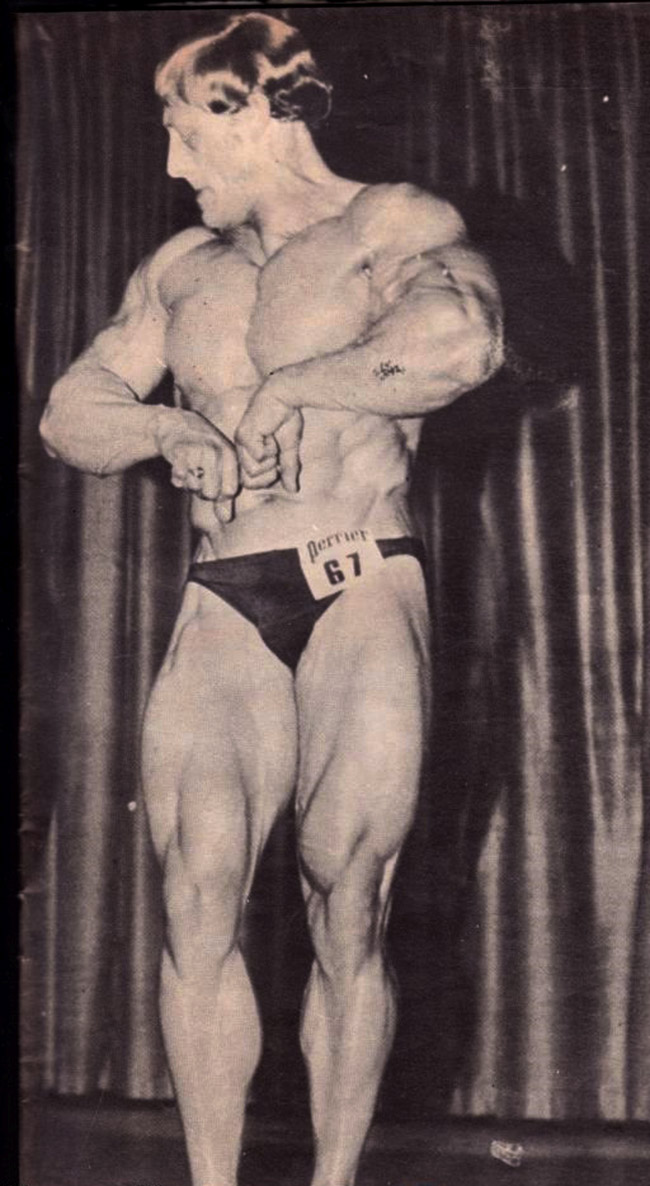 Tony appeared in his first professional show in 1971 – the NABBA Universe Pro. He did well to place in the top 3, competing against the likes of Frank Zane

Over the next 12 years, he entered a further 21 shows, taking home 3 trophies and placing in the top 3 countless times. During this period, Tony gained recognition for his amazing physique alongside other legends such as Danny Padilla, Ed Corney, Mohamed Makkawy and Frank Zane. 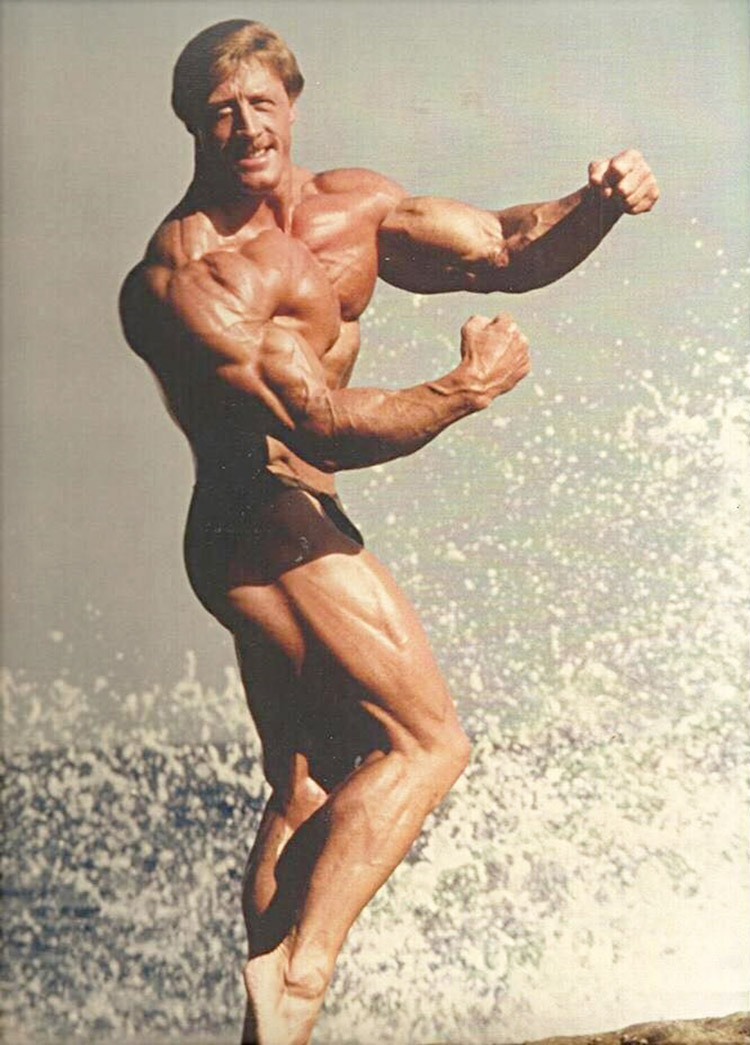 After his successful career spanning 25 competitions and numerous appearances on reputable muscle magazines, Tony had become a legend in bodybuilding. He pioneered the sport in his home country, England, and inspired many athletes to pursue a life in the industry.

However, at the age of 45, Tony pulled the curtains down on his own career. He stepped on stage for the final time at the 1983 Grand Prix Portland.

Although he didn’t finish with a fairytale ending, he placed 9th against much younger athletes like Tony Pearson (26 at the time). 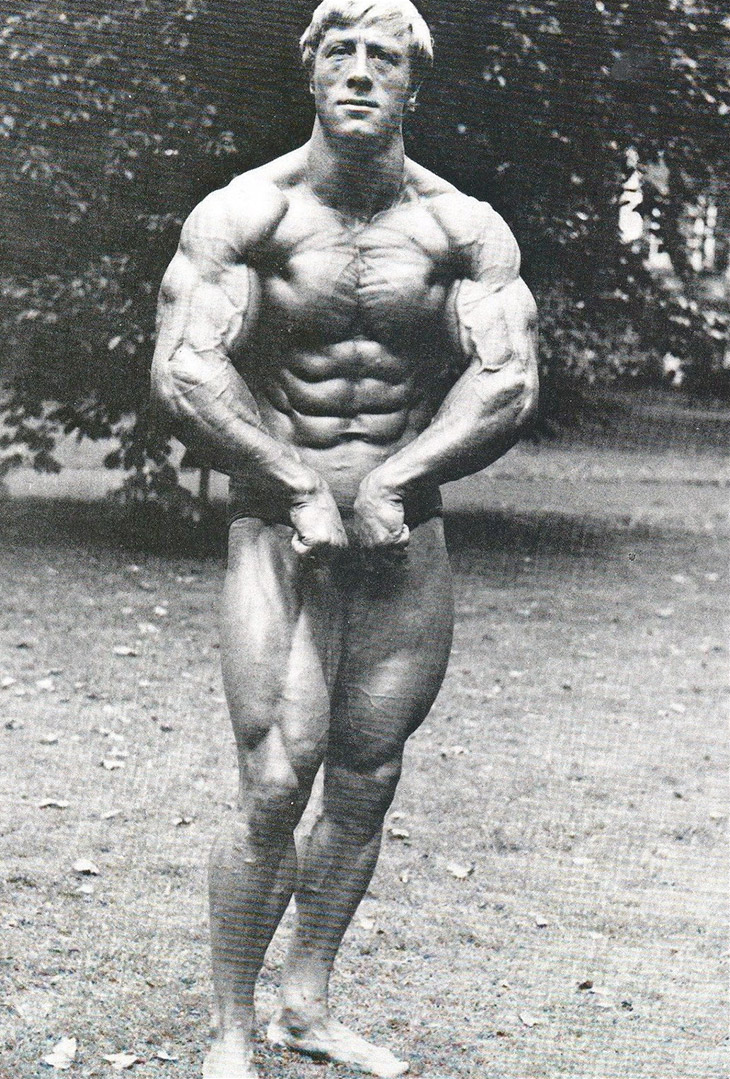 What we can learn from Tony Emmott

Tony has taught us to always believe in ourselves. He didn’t think he’d be able to have a career as a bodybuilder, but he competed against some of the greatest icons in the sport, becoming a legend himself.

One thing you can take away from Tony’s story is that time and patience is key to sculpting your dream physique. After winning his Pro Card, Tony was wise enough to take time away from competing and came back stronger to make a name for himself.

A pity he didn’t make it with the IFBB. They had their way of “punishing” former NABBA champions, like Bertil Fox, who was clearly robbed of the 1983 Olympia title. Only American bodybuilders who had won NABBA titles (Chris Dickerson, Boyer Coe) and Arnold (and Austrian and an American citizen) were forgiven and did well with Weider. Never tell me that contests aren’t fixed by biased judges.

Bertil Fox was robbed, but then again a few years earlier, so was Mike Mentzer.
Thought Tony Emmot did brill, not the size if Fox but usually more cut.

Yes before Dorian there was Tony. Not a huge bodybuilder. But real quality and awesome abs.

I’m pretty sure my Father in law Tony would side with all the comments. He’s still strong as ever.

Met TE in Belfast around about 1979-80. He was guest posing at a local competition. He was in marvellous shape. But more, much more than that he was an ABSOLUTE gentleman. My pal was doing an art A level and asked TE if he could take some photos afterwards. TE enthusiastically agreed. My mate ended up getting a grade A. Have met many of the so called stars, but TE and his humility and warmth of personality have always stuck in my memory. I still have some of the photos in attic. a TRUE CHAMPION

Do you remember Needham’s gym in Placentia?