Tom Coleman began his fitness journey after a devastating injury caused him to quit rugby at the age of 16. With a need to be active, he entered the gym and began his journey.

By 2016, at 30, Tom had won his Pro Card after winning numerous competitions, becoming a fitness icon. But instead of life as a full-time bodybuilder, he opted for a career as a roof constructor.

He continued appearing in amateur shows whenever he had the opportunity, this is his story: 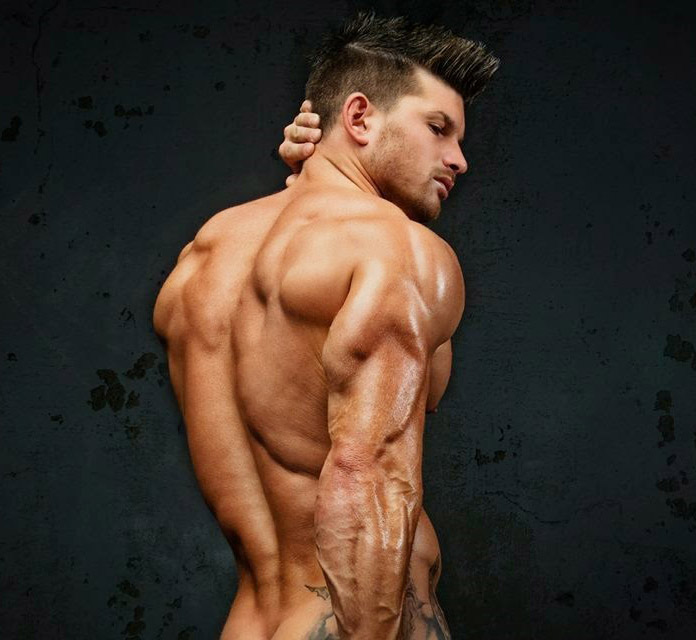 “I keep my goals and dreams in focus at all times. I want to become a well-known icon in the fitness industry and get myself on the front cover of magazines while still competing.” 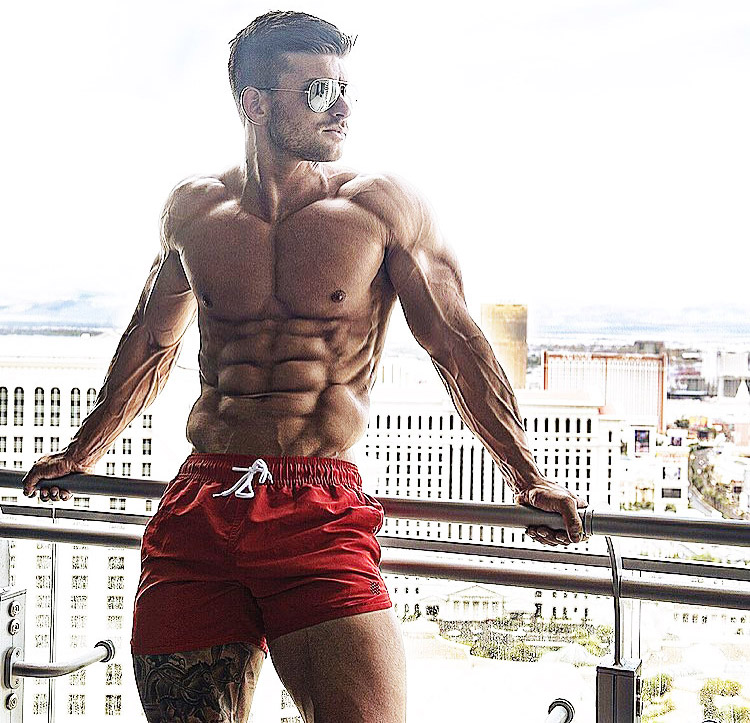 “What a journey I’ve had so far, I returned from Vegas where I competed in the WBFF Armature Fitness Model comp. I placed 1st out of 52 and earned my pro card. It was an absolutely amazing feeling and I’m still buzzing.” 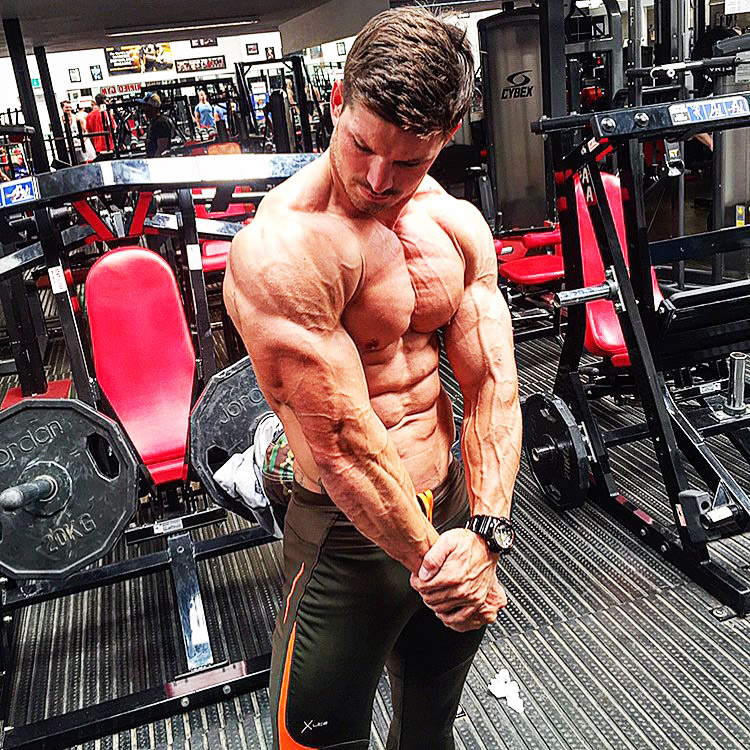 “I was forced to quit rugby at the young age of 16 due to an injury but I still found myself with a thirst to keep fit. This led me down the route of joining the local gym.”

Born and raised in the heart of Essex, England, Tom always had a passion for fitness. Even as a kid, he kept himself fit and in shape by playing rugby during school.

However, in 2002, at the age of 16, Tom suffered a severe leg injury in the middle of a rugby game. He was forced to leave the sport that he had loved throughout his childhood.

Although Tom was shattered by the news that he couldn’t continue his passion, the future WBFF Pro still had a strong desire to keep himself fit – he needed to find a new sport. 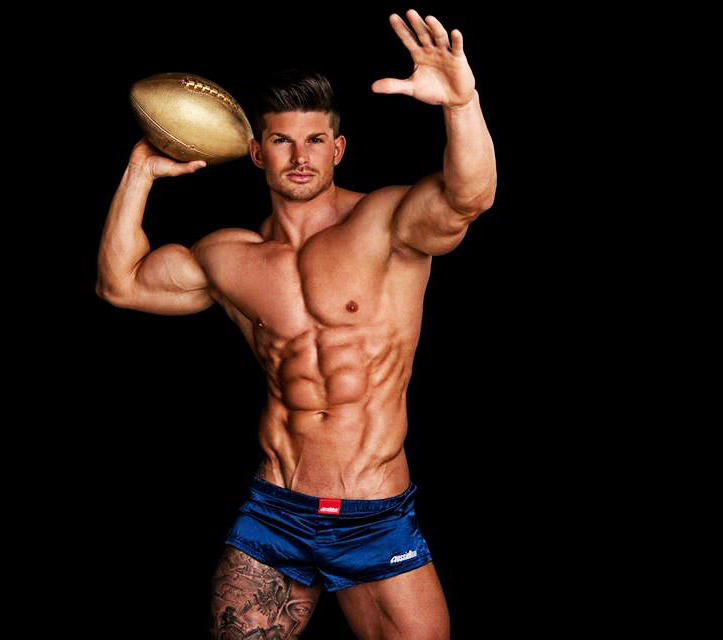 “I keep my goals and dreams in focus at all times.”

Start of his Fitness Journey

In 2003, a year after he had sustained his injury, Tom was back on his feet and ready to get back into shape. It was at this point that he decided to begin training in the gym. He became in awe of the fitness models looking down from the posters.

Inspired by the likes of Arnold Schwarzenegger, Tom set his sights on sculpting his dream physique.

Life as a Construction Worker

After graduating from college in 2007, at the age of 21, Tom started his own roof construction business. This became his main focus, but his ambition to achieve his ideal body never left him.

Alongside his busy schedule as a construction worker, Tom’s passion for fitness meant that he always found the time to continue his intense training in the gym. He was more determined than ever to make a name for himself, in both the fitness and construction industries. 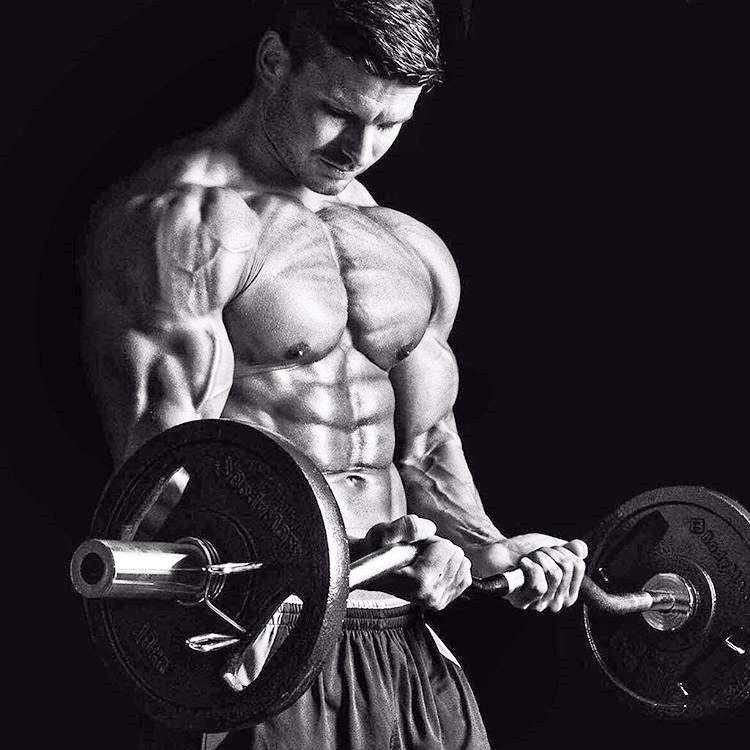 “I remember entering the gym admiring the bodybuilding photos on the walls as their physiques were almost god like.”

8 years after embarking on his fitness journey, Tom had started to develop a shredded physique. It was at this point that he turned his attention to competing and entered his first show – the 2011 Supernatural Bodybuilding and Fitness Championship.

He managed to walk away with the trophy after being placed 1st, but he decided to return to his life as a laborer. For the next three years, Tom worked hard to grow his business. 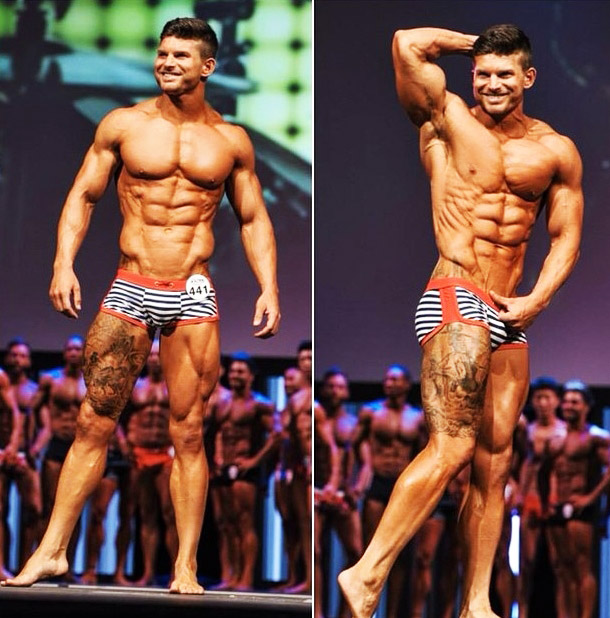 Tom continued training rigorously, secretly hungry to step back on stage. It wasn’t long until he gave into his desire and entered the 2014 Miami Pro Championships as a muscle model.

The three years away from competition had allowed Tom to sculpt an ever better physique, and all of his hard work paid off. Although he didn’t win, he was placed at a very respectable 2nd – but he was only just getting started.

That same year, he entered the 2014 WBFF World Championships Las Vegas. This time, he took home the trophy in a fiercely contested Male Fitness Model category, with the likes of Dominick Nicolai fighting for 1st place.

However, Tom had achieved something past what he had set his sights on. By winning his division, he had earned his Pro Card, becoming a professional bodybuilder. 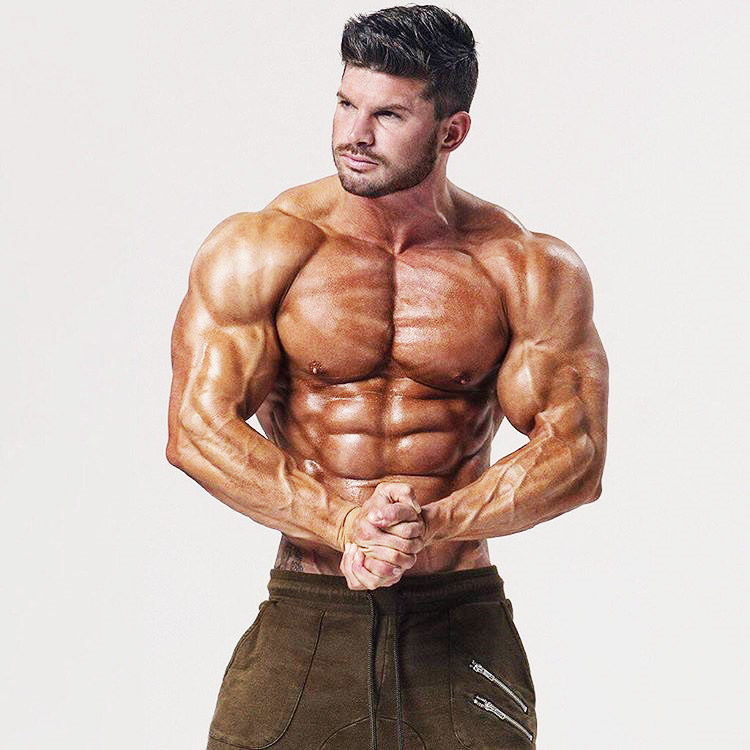 “My number one goal has always been to inspire people.”

After placing 3rd in his first competition as a pro, the 2015 WBFF World Championships Las Vegas, Tom had decided to make a serious decision. In 2016, Tom returned his Pro Card to the WBFF.

“Life is a journey, not a destination. I want to be judged on my physique and stage performance alongside other amateurs, who I know are at a very high standard. For me, it’s all about enjoying competing, making friends and being able to look back at your experiences in the industry.

The Fitness industry should be about helping people to achieve their goals, and I don’t need a title to tell people who I am”

Return as an Amateur

Later in 2016, Tom decided to make his comeback as an amateur and entered the Pure Elite Championships. He showed his professional experience as he was placed 1st in the Mens Fitness and Model division, as well as taking the overall title. 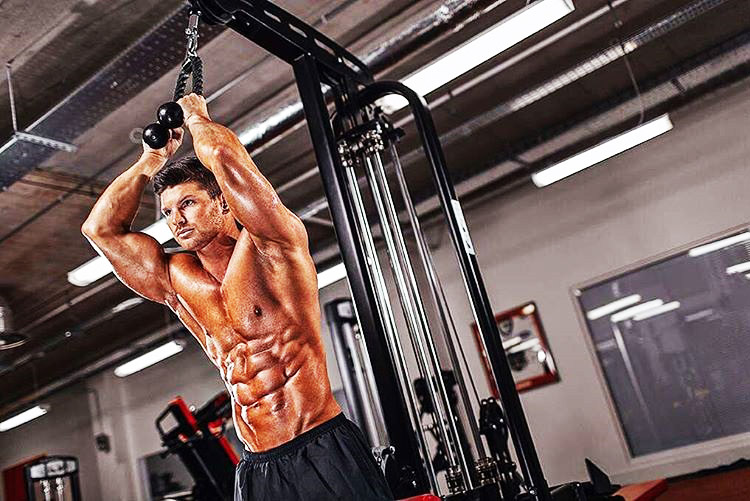 Tom follows an old school bodybuilding routine and loves free-weight squats, bench press and heavy dumbbell movements. Unlike other bodybuilders, he doesn’t take a rest day and trains in the gym everyday of the week.

He trains chest and legs twice a week, as he believes that this develops his body. 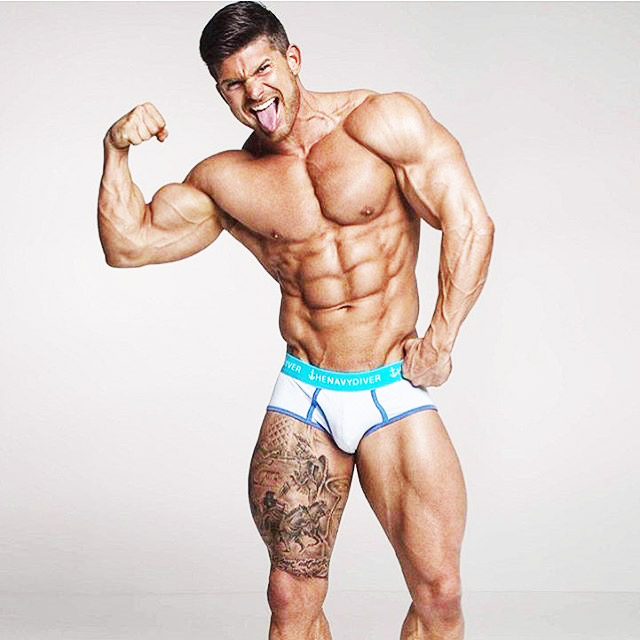 “I have always been a true believer of proper home cooked food, not processed, after all, you are what you eat!”

Tom places an emphasis on cooking all of his meals as often as he can – he hates fast food. However, he does take a day off from his diet every week to reward himself with a cheat meal.

He plans his diet around lean protein, green vegetables, fruit and complex carbohydrates. 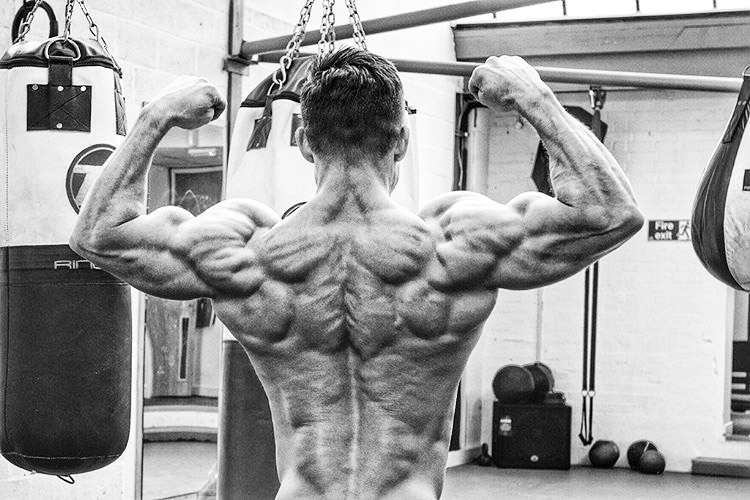 “Ryan Terry and Greg Plitt – they have a very natural and aesthetic image, and Steve Cook for his motivation and love for the athlete’s sport and giving back to his fans.”

Tom names the Austrian Oak, Arnold Schwerzenegger, as his main idol, looking up to his achievements in the industry while keeping a great persona. 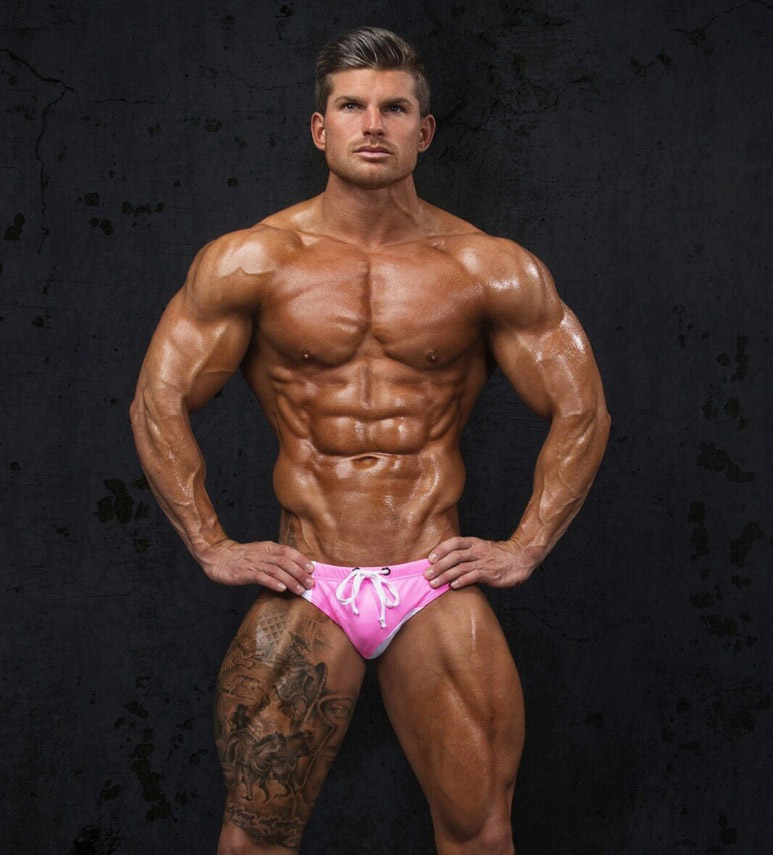 What we can learn from Tom Coleman

Tom has taught us that you should always place your values higher than your ego. He returned his Pro Card, something all bodybuilders aspire to earn, as he believes that professional bodybuilding has been turned into a dog-eat-dog world.

One thing we can take away from Tom’s story, is that it’s possible to achieve two things alongside each other and you don’t have to sacrifice one ambition for the other – he built up his own business while sculpting his incredible physique and competing.

Hi, Need to increase my weight and muscles.

Your recent snapchat videos show you using a triangular kettlebell. What is this device called and where can it be purchased?