Stu Mac is a British fitness model and a personal trainer who grew up on a small island far away from mainland UK. Mac was always enthusiastic about physical exercise throughout his childhood, and late teens.

He began training seriously at the age of 26, after he saw Jaco De Bruyne’s physique in a magazine. Ever since then, he’s become a personal trainer and a fitness model, as well as the UKBFF British Finalist in 2014 and 2015.

The pinnacle of his early professional career is when he won the WBFF Muscle Model 2015 title. Nowadays, Mac is close friends with his idol Jaco, who helps him with his fitness goals.

This is Mac’s story: 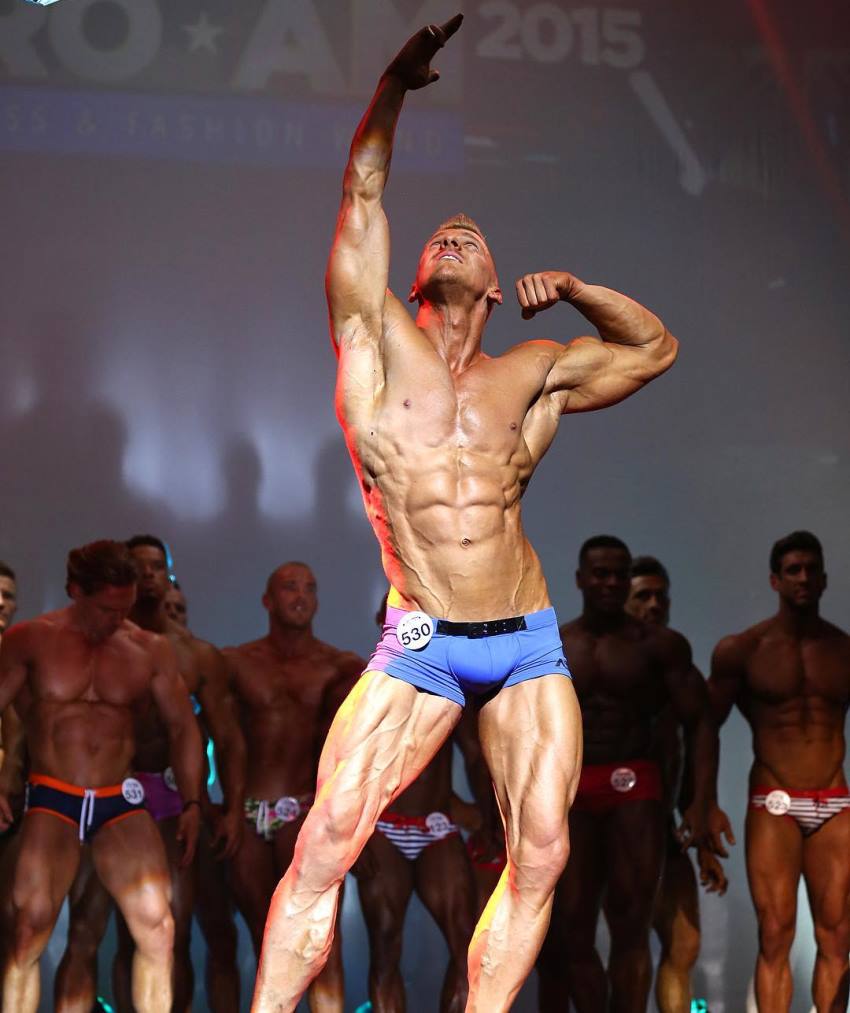 “Shredz are made in the kitchen for sure.” 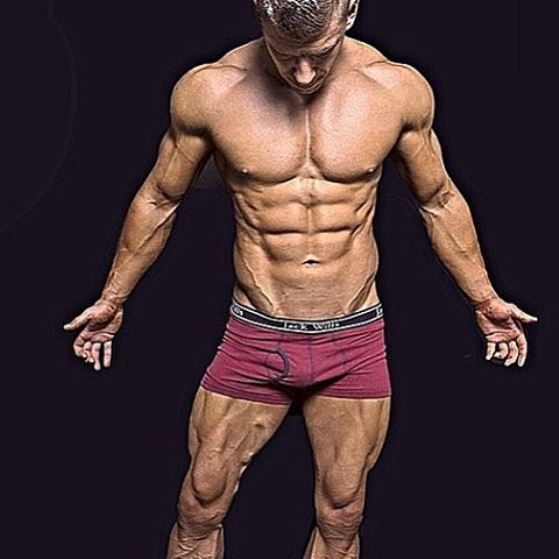 “I genuinely love it, the suffering, the gruelling sessions, gruelling diet.” 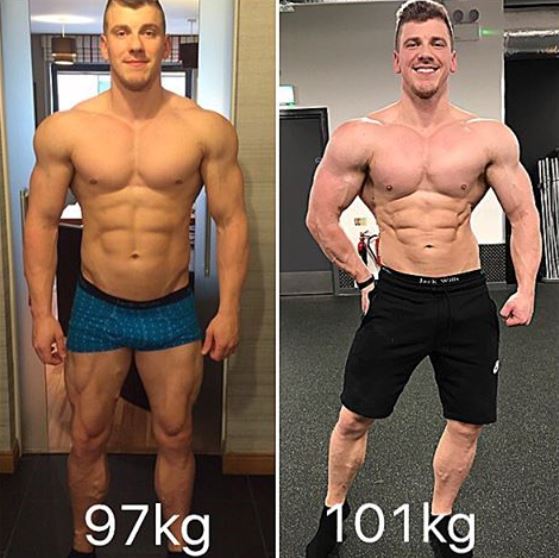 Stu Mac was born in 1986, on a small remote island near the UK. As a child, Mac had a keen interest in playing football, and later, the gym.

This desire for a physical activity carried on throughout his childhood and teenage years. However, it wasn’t until Mac saw a physique of Jaco De Bruyne in a magazine that he wanted to take his training to the next level.

“I started training seriously about 2 years ago, after I read an article on Jaco De Bruyn one rainy evening. I saw what he had achieved, and it fascinated me. From that moment, I knew this was the direction in life I wanted to take.” – Stu Mac

Motivated by his new-born idol, Mac began documenting his training and dieting journey on the internet. He started posting pictures daily, each with a description that has the same beginning – “Quest to be @jacodbruyn day#X”.

His efforts were eventually noticed by Jaco De Bruyn himself, who contacted Mac. From there, the two developed a mutual friendship.

By the age of 28, Mac had built an amazing physique and started looking into entering a fitness competition. 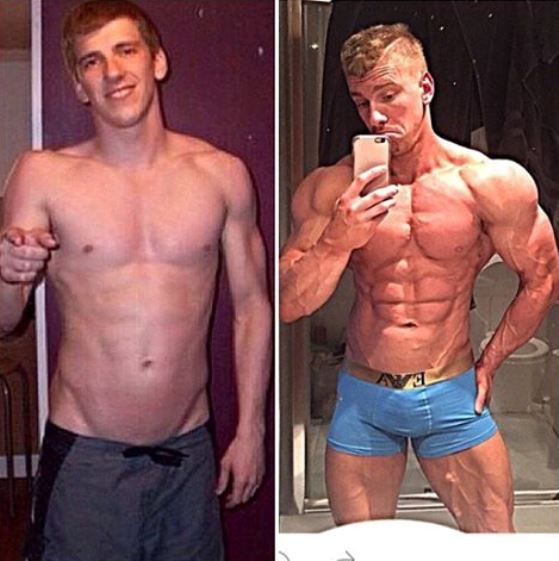 His first show came in 2014, at the UKBFF British Championships. Surprisingly, Mac was able to come out as a finalist of the show. One year later, he repeated his success at the UKFBB, once again finishing as a finalist.

Mac ended 2015 with the title of the WBFF Muscle Model.

After his last competition in 2015, Mac went on a quest of becoming a personal trainer. Several months later, he got his Premier Training REPS Level 3 certification.

He also became a sponsored athlete and a model, with magazines throughout the UK wanting to have Mac’s physique on their covers.

When asked what keeps him going on his fitness journey, Mac responded that Jaco gives him daily support, and pushes him whenever some sort of doubt crosses his mind. 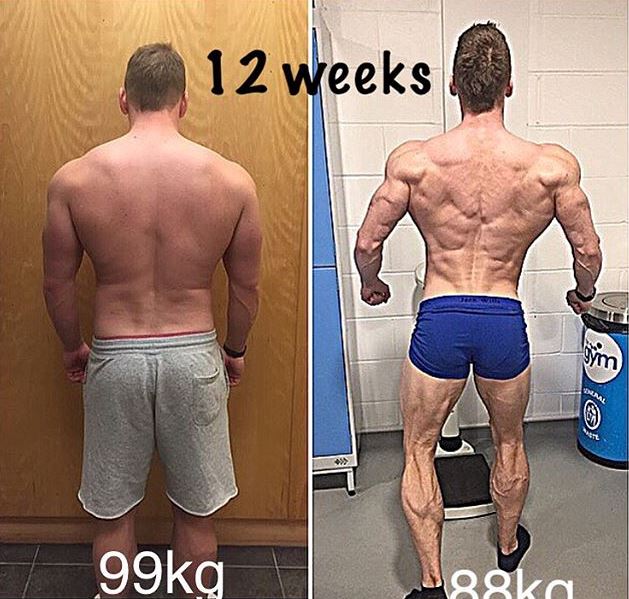 The number one tip Mac has for anyone starting out is to always ask for advice. According to Mac, he spent many hours training in the gym not knowing what he was doing, because he didn’t ask anyone for the info on training.

If possible, Mac advises hiring a coach when starting out. He believes that it significantly speeds up the process of learning how to train and build muscle.

Lastly, Mac says that the body tells him more than any workout regime can. Therefore, if he feels like his body needs a rest day, he will take it – “as simple as that”.

With Jaco de Bruyn being the physique benchmark for Mac, it’s no surprise that he aims at a perfect blend of size and symmetry. To achieve that, Mac trains up to 7 days per week, with 1 day off if he feels like his body needs rest.

According to Mac, his legs are his weakest area. That’s why he trains them 3 times a week, splitting the workouts between hamstrings, quads, and calves. He believes that this style of training has brought a big difference in the size of his legs.

Mac does HIIT 3-5 times per week, throughout the whole year. This way, he keeps his fit, lean looking physique, which makes his cutting phases a lot easier. When training heavy, Mac likes to listen to “Zyzz playlist” music, which helps him push through strenuous workouts. 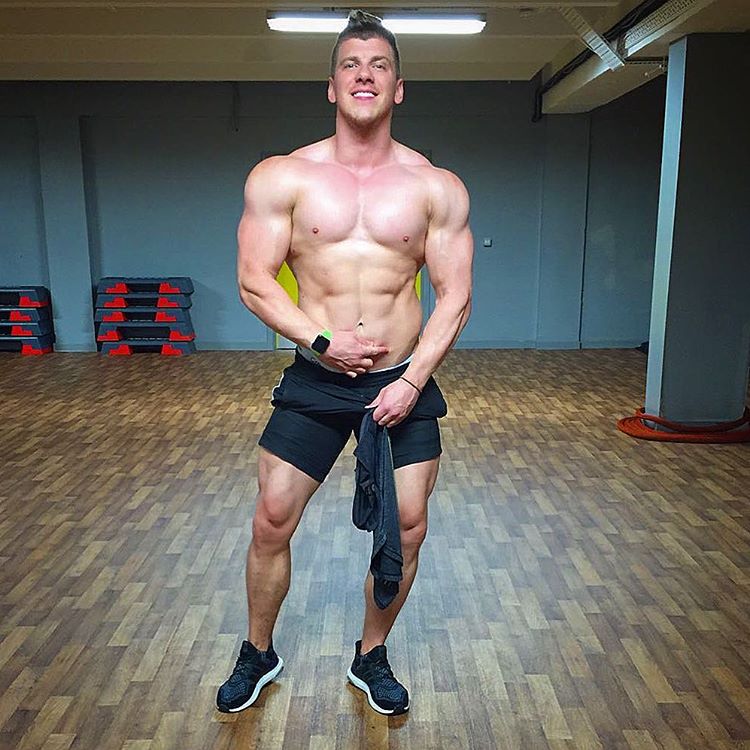 Mac has two phases throughout the year – bulking a cutting. When in the off-season, he will often have cheat meals and protein-rich foods. Mac says the reason for that is because it “does nothing but good for the body, and keeps the soul healthy”.

While in the last stages of preparation for a competition, he will cut out his cheat meals and keep his diet strict. According to him, he lowers the calories, carbs, and increases the amount of protein and fat taken during that period.

Mac is a firm believer that bulking and cutting works much better than slowly gaining lean mass throughout the year. He explains that by bulking, he can take full advantage of the months between competitions. This way he fills out his physique and brings out any weak area of his body. 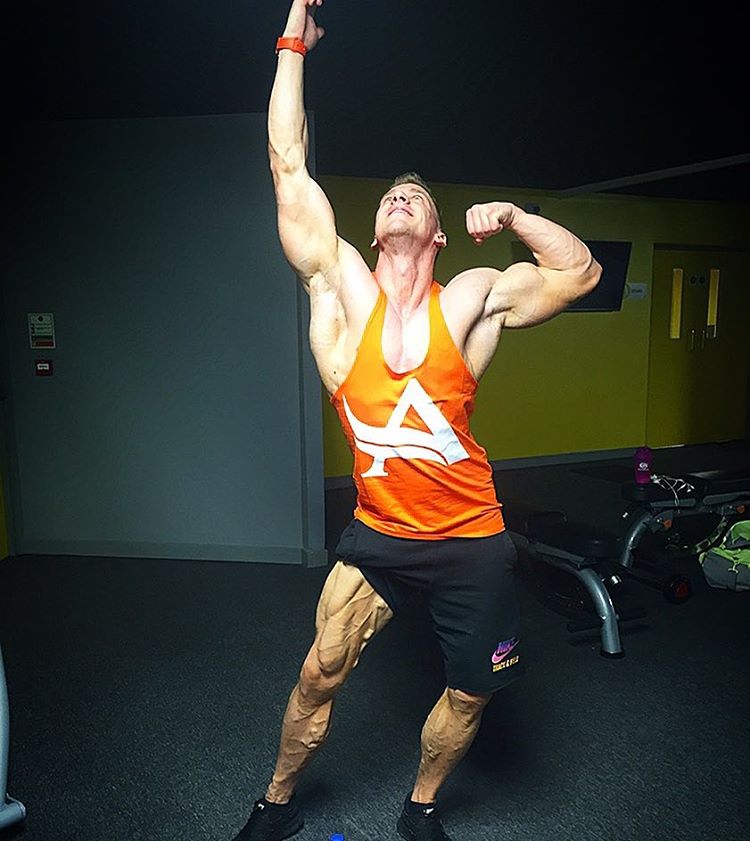 Jaco de Bruyn has been the main role model for Mac for many years. He always wanted to replicate Jaco’s symmetrical, yet massive looks.

Another one of Mac’s idols is James Alexander Ellis, whom he praises for his incredible legs. 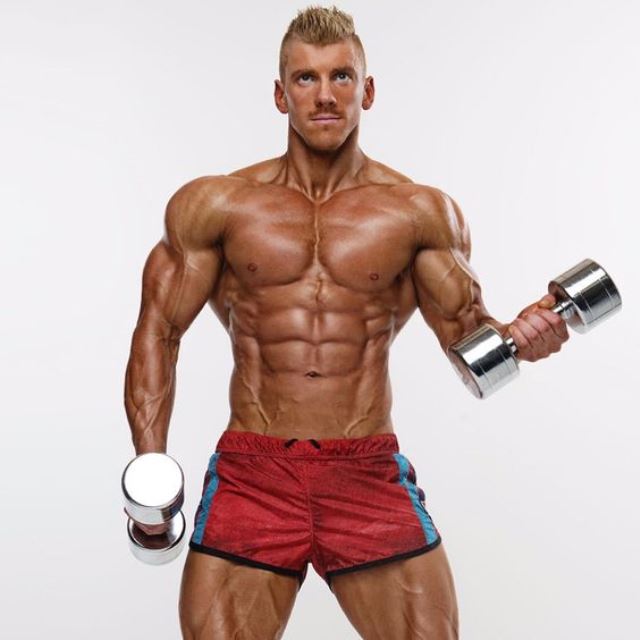 What we can learn from Stu Mac

Stu Mac has shown us that sometimes it’s good to have someone to look up to. In his case, that was Jaco De Bruyn.

After years of hard training, and with the help of his idol, Mac was able to bring his best physique to the stage, ultimately becoming the 2015 WBFF Muscle Model.

“a small remote island near the UK” Well, that would be Lewis, cove ?