Steven Cao is an American fitness model, personal trainer, and professional Men’s Physique bodybuilder. He entered the Pro circuit in 2017, only one year after making his debut on the bodybuilding stage.

Throughout his childhood and early puberty, Steven played basketball, his favorite sport. However, after discovering weight training at the age of 16, Steven’s preferences gradually changed – he began spending more time training in the gym, and less playing on the basketball court.

Eventually, Steven quit basketball altogether, and became involved in bodybuilding instead. After years of ups and downs and difficult challenges, including being diagnosed with an inguinal hernia. Steven became a recognized bodybuilder and social media fitness icon, living by his motto;

“Work hard at everything you do and success will take care of itself.”

This is Steven Cao’s story: 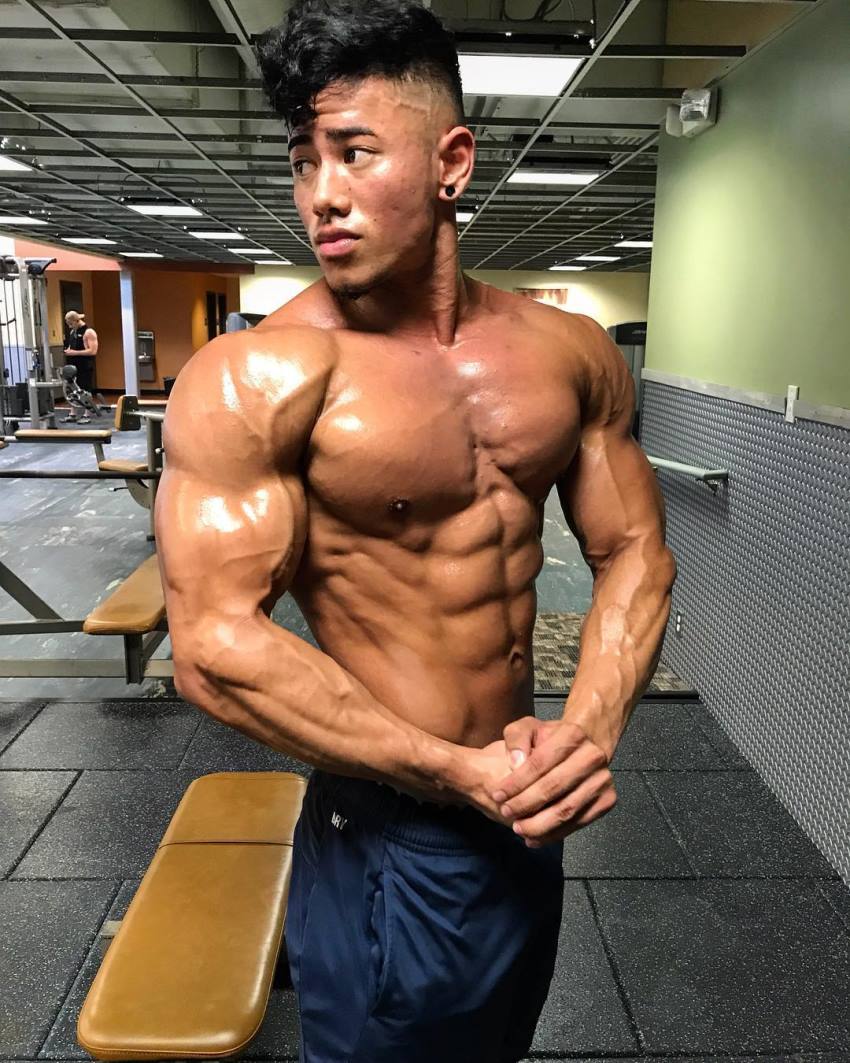 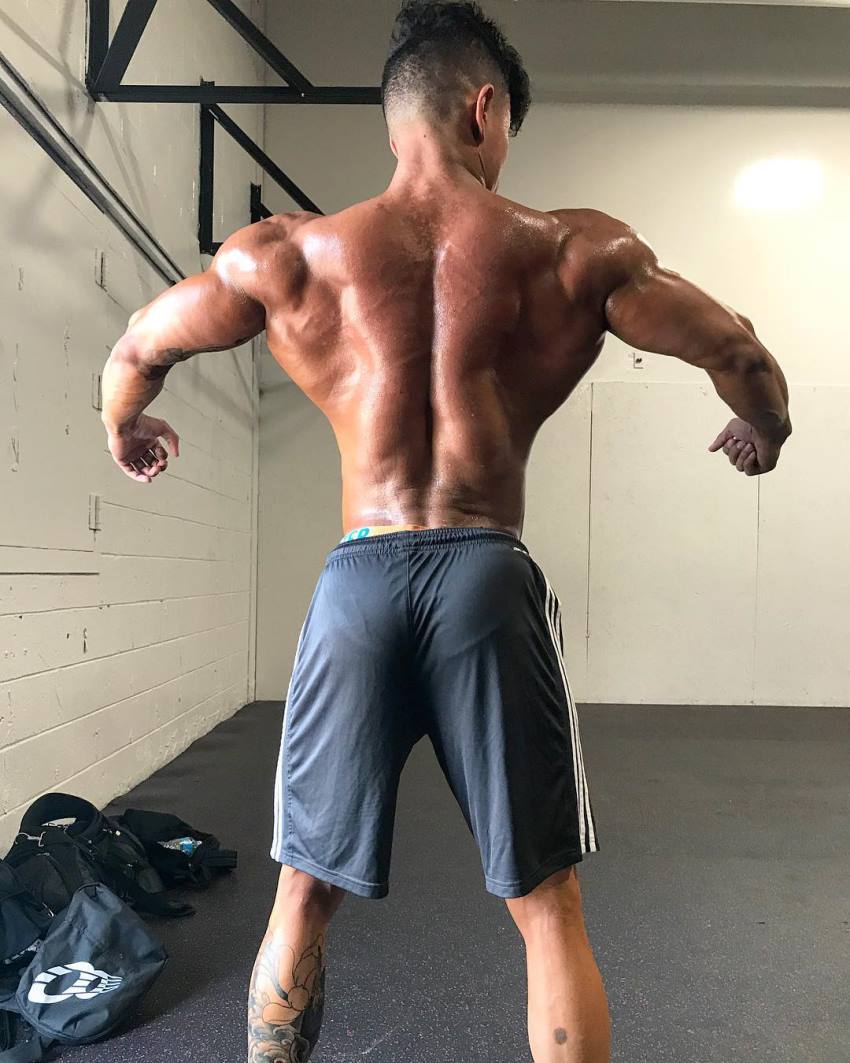 “When life gets harder, challenge yourself to be stronger. Remember difficult roads often lead to beautiful destinations.” 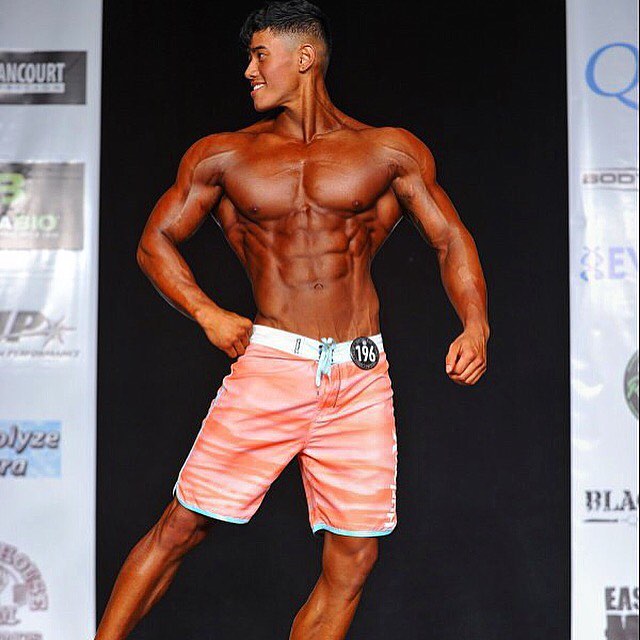 “Never back down, no matter how hard adversity hits you always move forward. Life will have its difficult obstacles but it’s up to you to fight and stay strong. Never give up.”

From Basketball to Bodybuilding

Steven Cao originally began weightlifting as a way to ‘bulk up’ for basketball. Growing up, Steven loved spending time on the basketball court. So much so, that he planned on making a living out of the sport.

However, at the age of 16, Steven realized he needed to gain more size in order to stay competitive in basketball. As a result, he went on to sign up at the closest gym he could find, where he started training with weights.

This is where Steven’s life took a different turn – the results he noticed from weight training instigated his decision to quit basketball, subsequently becoming involved in bodybuilding.

From there, Steven created a training plan which he followed several days a week; pushing his physical progress even further.

Hitting a Plateau and Changing up the Diet

However, after some time, Steven hit a plateau in his bodybuilding transformation. His muscles no longer grew as much as they did initially. As a result, Steven began trying different methods and ways to continue growing in his physique.

After months of trial and error, Steven finally found out why he wasn’t growing as fast anymore – it was his diet. As soon as he increased his calories, Steven’s physique once again surged in growth. 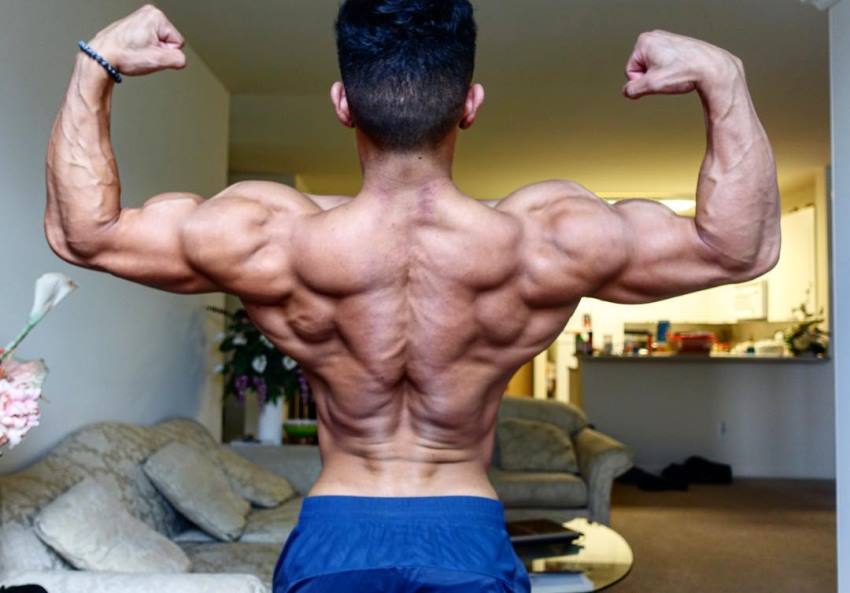 After a few years of perfecting his diet and workout plan, Steven sculpted a formidable physique. However, this wasn’t enough for Steven, he wanted an even bigger challenge, which was to compete in bodybuilding shows.

Soon, Steven’s fantasy turned into reality. He found himself a coach and started his preparations for his first bodybuilding show.

The preparation process wasn’t easy for Steven. Alongside ‘the hardcore’ cardio, weight training, and strict dieting, Steven also faced a serious setback during his preparations – an inguinal hernia. This forced Steven to undergo a surgery, which put him out of the weight room for three months.

However, Steven took all of this in his stride, only to come back stronger than ever. He not only regained all of his muscle, but he also impressed everyone by taking home 1st place in his Men’s Physique bodybuilding debut – the 2016 NPC John Kemper Classic.

Shortly after his debut at the John Kemper Classic, Steven made yet another appearance. This time it was at the 2016 National Championships, where Steven competed to win the Pro Card. Unfortunately, his attempt was unsuccessful.

However, Steven wasn’t discouraged by the result. He kept training hard in the gym for the entire year, taking a break from competing to focus on winning the Pro Card at the 2017 National Championships.

The sacrifice paid off – Steven took home the overall 1st place at the 2017 Jr. Nationals with the Pro Card in his hands. 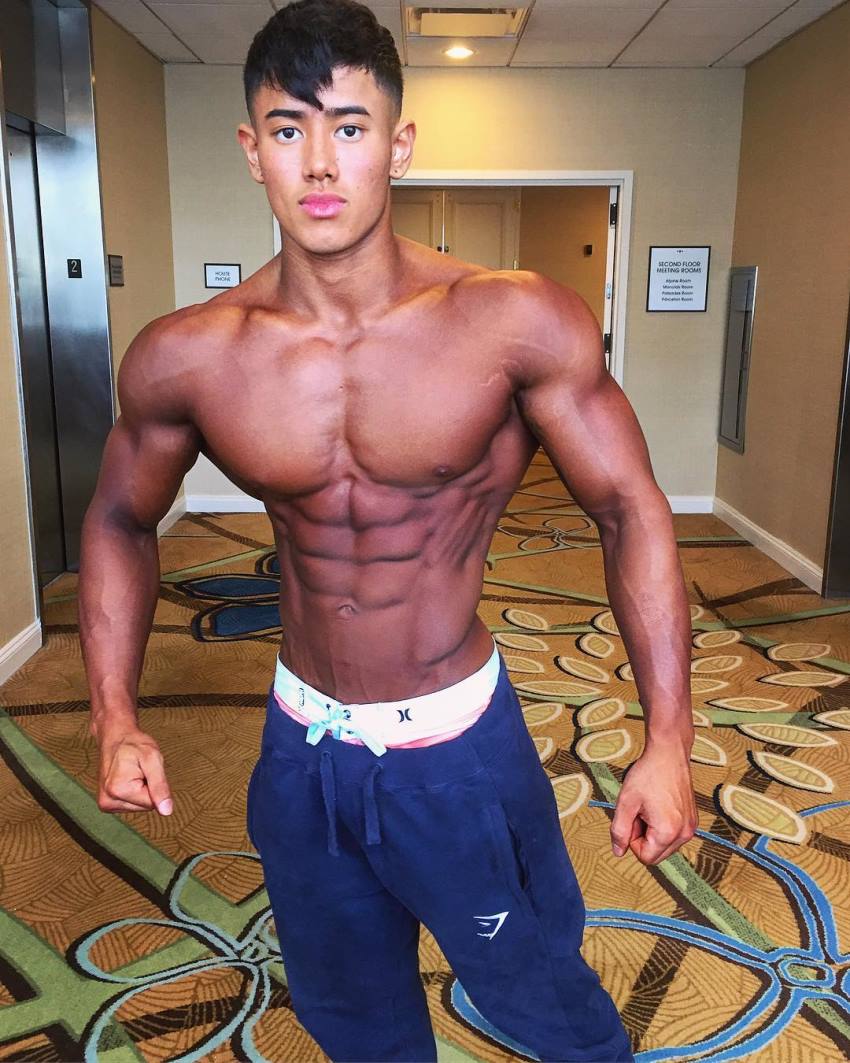 Competing Against the Professionals

Now that Steven had won his Pro card, he was able to compete against the best Men’s Physique bodybuilders in the world.

His professional debut came the same year he won the Nationals, in 2017. The show’s name was San Jose Pro, with Steven taking 4th place in the Men’s Physique division.

Alongside his successful endeavors on the bodybuilding stage, Steven also grew in online recognition. He documented his entire bodybuilding journey on his social media profiles – gaining huge recognition as a result.

After he saw the huge amount of fans supporting him, Steven decided to pay it back by becoming a personal trainer. Through his fitness and lifestyle advice, Steven has since helped others get strong, fit, and healthy. 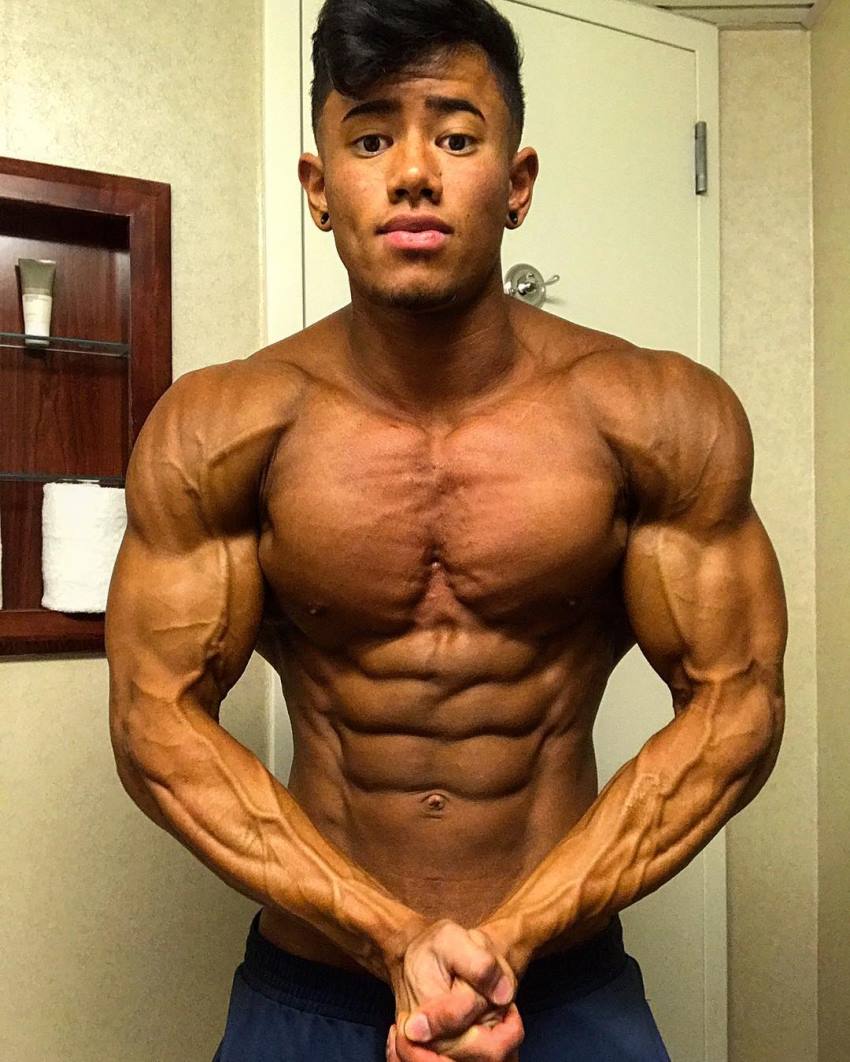 “If you’re on a path that has no obstacles, it probably isn’t leading anywhere. The challenges are meant to be overcome to make you stronger. Stay focused and consistent on trying to pursue that dream you want and something great will come from it.”

Steven trains in a way that enables him to sculpt a ripped, and aesthetic physique. He aims at looking like bodybuilders from the 70s; featuring small waist, big and round shoulders, wide back, and ripped midsection.

To achieve his goal, Steven trains five or six days a week. His workouts are long, lasting between 90 and 150 minutes. This allows Steven to train with a lot of volume, alongside giving himself enough rest between sets to keep high energy levels throughout the workout. 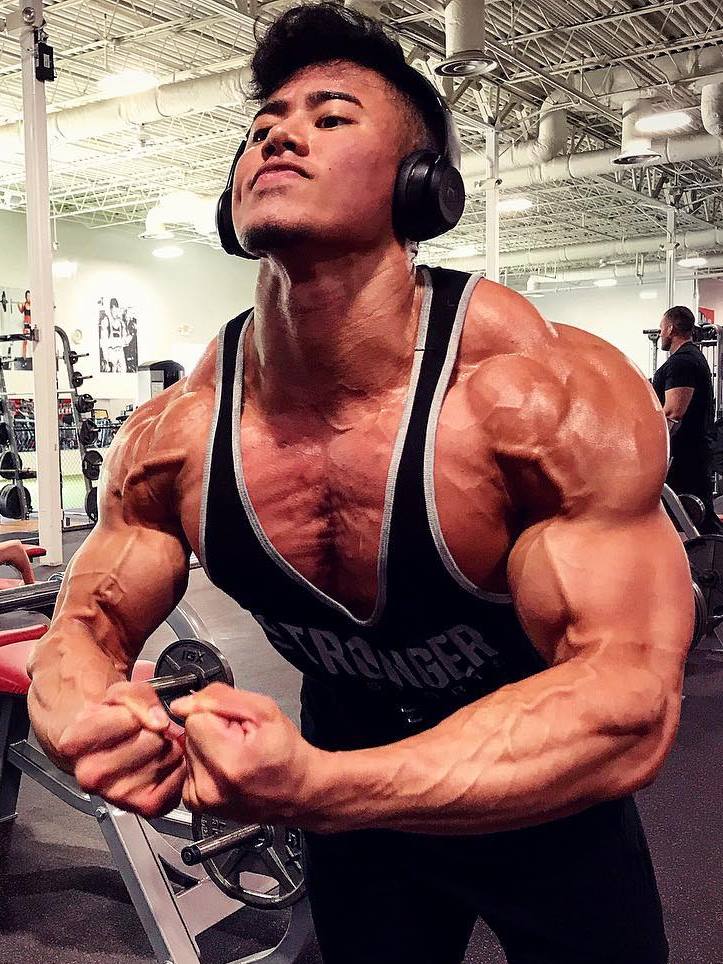 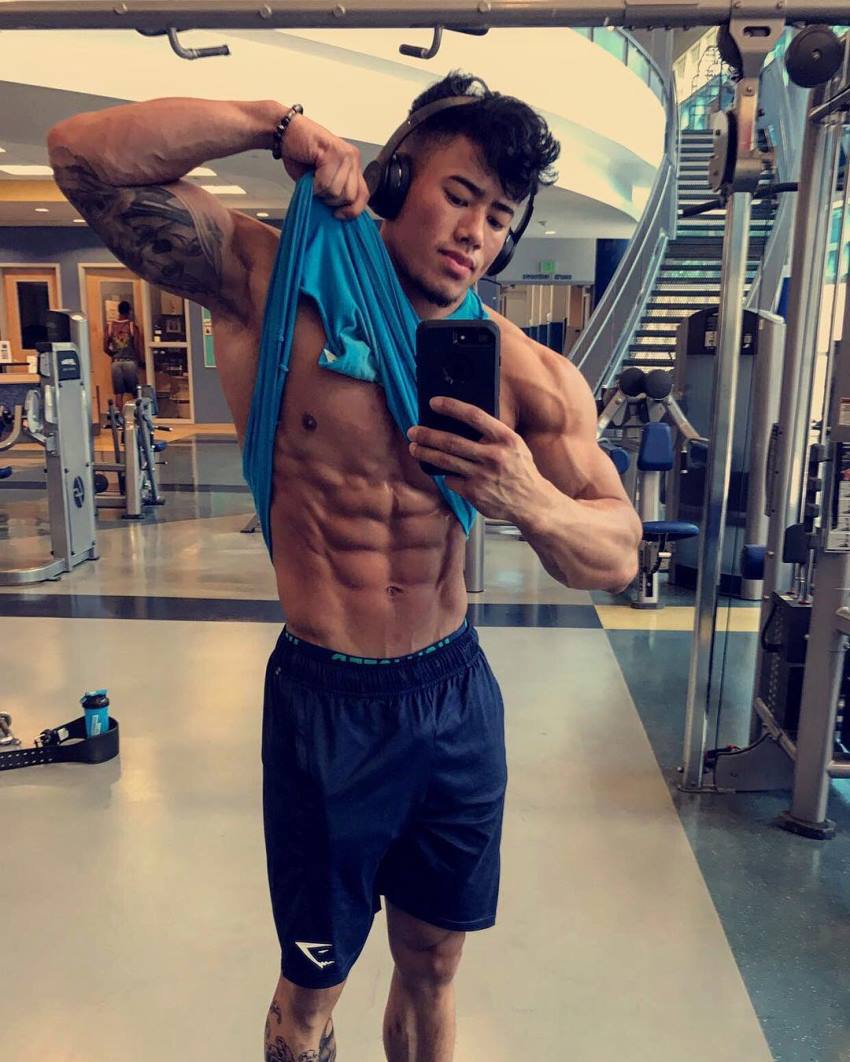 While some competitors find it difficult to diet on chicken and rice for a contest. Steven enjoys eating these foods. As he says, “it sounds plain, but I enjoy it.” This, as a result, allows Steven to go through his in-season preparations with more ease.

As for the off-season, Steven mostly sticks to a healthy and clean diet. However, he’ll ‘throw in’ a cheat meal such as sushi every now and then. 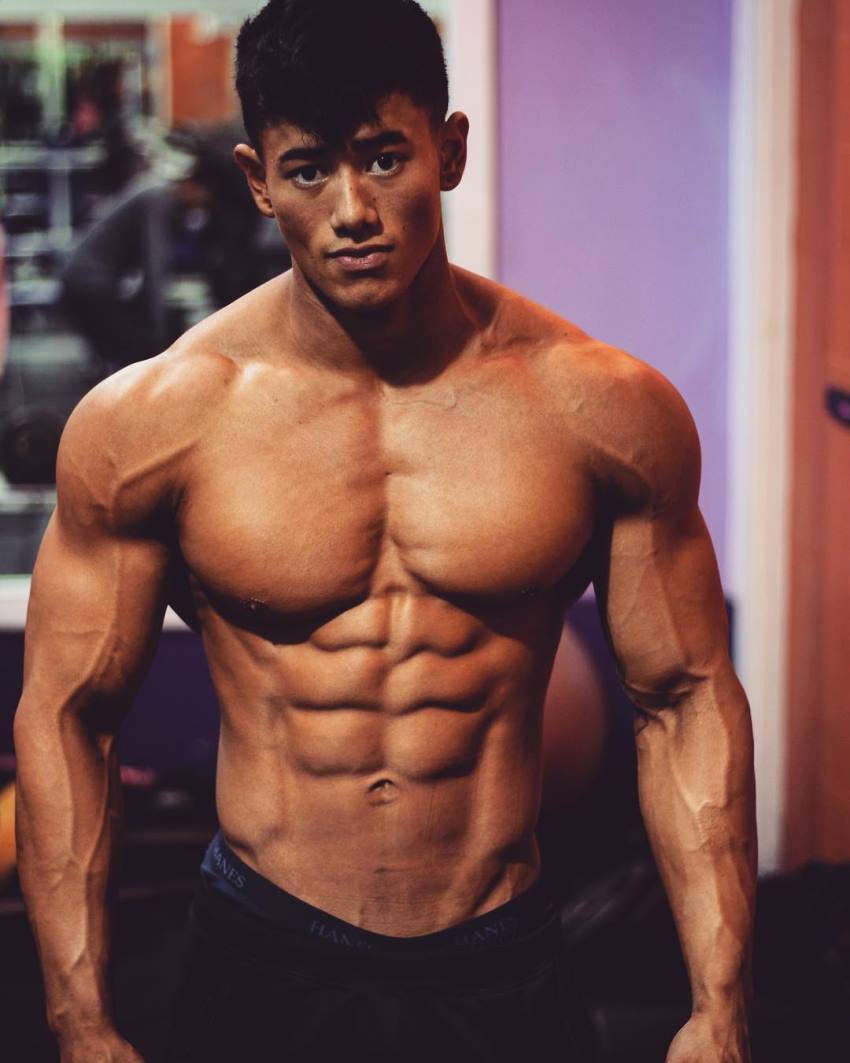 Steven credits his coach and friend Ariel Alberto as someone who helped him greatly in his competitive career. Here’s Steven talking about his coach; “Wanted to give a huge shout out to my coach for always being there, pushing me and always making sure I’m on track with things.

When I did my first show, he told me I can become a pro and he believed in me. That stuck with me until the day I won my Pro Card.

We finally achieved our set goal from the beginning of my competing career, after 2 national shows and learning from mistakes in the past we brought my best package and managed to collect an overall title at the national level and achieve IFBB Pro status.” – Steven Cao

Another person who inspires Steven is Conor McGregor, an Irish professional MMA fighter. Steven believes Conor has the mindset of a champion; someone who started from the bottom and achieved success through self-belief and hard work.

Steven is not only inspired by fitness icons, his coach and other stars. He also draws motivation from his fans and followers, whose success stories push him to become the best possible example he can be.

This is Steven Cao talking about his motivation for fitness and bodybuilding; “If money weren’t a currency and being happy was the only currency would you still work the job you work? My answer is yes, I am passionate about helping others reach their goals and living a healthier lifestyle. Being an inspiration to others is something I will always be grateful to do.

I had a kid come up to me at the Olympia expo and tell me he’s been following me since I started my journey and said that I changed his life. He was bullied in school and said I motivated him to get to the gym and train. For me that’s priceless, I will continue to do what I do to help anyone that needs that push.” – Steven Cao 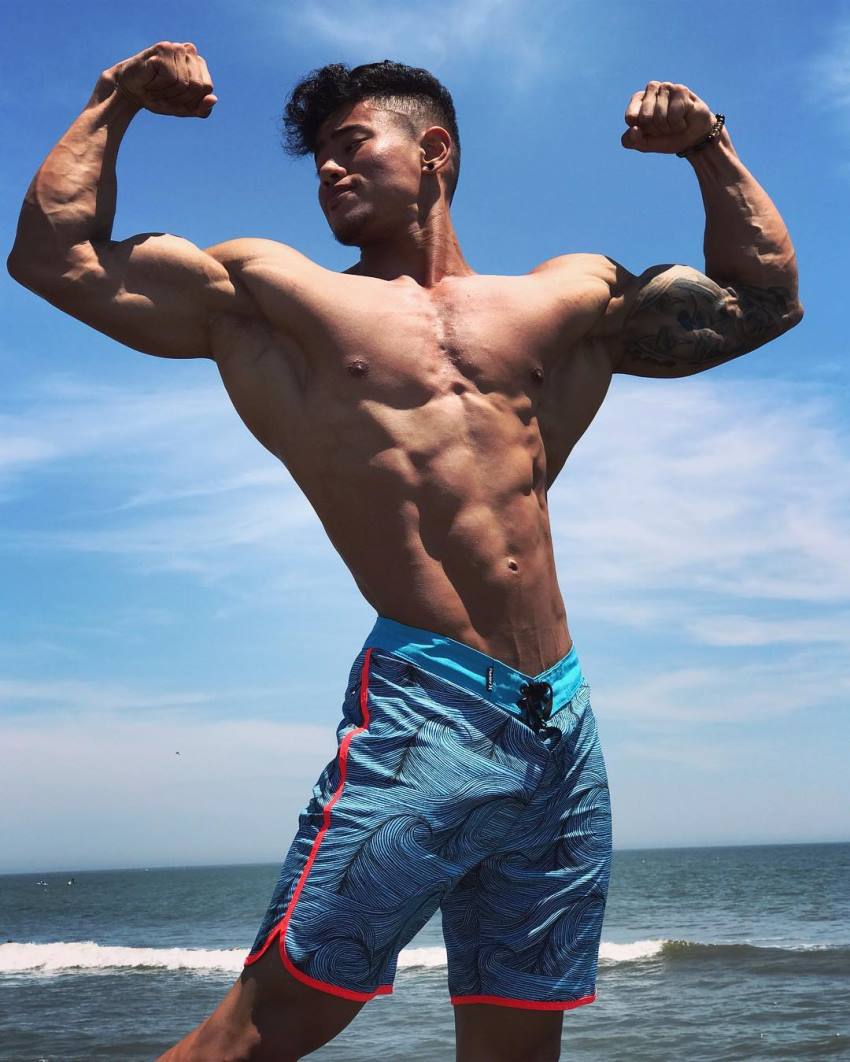 What we can learn from Steven Cao

What we can learn from Steven Cao is that you should never be afraid of taking chances in life. Steven was on a safe and possibly successful path playing basketball as a teenager. However, he later realized bodybuilding was his true passion, so he decided to take a risk by pursuing it instead of basketball.

Ultimately, it turned out this was one of Steven’s best decisions, as he became a professional Men’s Physique competitor and fitness model.

This leaves us with the following lesson; remember that sometimes it’s wise to give up on certain things in order to chase something that’s potentially life changing.

one of the greats should b placd 2nd or 1st

He isn’t one of the greats yet but time is on his side. Only 24. Madness!

Without the gear your nothing, you can’t get that big without it. However, you don’t need drugs to get ripped. Just common sense lower your calories. In the end, steroids show their unwanted effects later in life.