From Salzburg, Austria, Steve Kris was a promising football player when growing up. However, he was forced to leave his 12-year long football career in 2006 after suffering a meniscus tear.

In order to maintain his physical fitness, Steve began training at home, doing only body weight exercises at first. His recovery was going well, and he decided to take his workouts a step further by joining a gym. Steve soon recovered enough to start lifting heavier weights in the gym.

From that moment on, he didn’t go to the gym just because of his therapy, but instead, because of his rapid advances in strength and size he noticed. The progress he saw motivated him to see how far could he push his body, and it wasn’t long before he sculpted an incredible physique.

In 2013, he took the next step and became a personal trainer. One thing led to another, and Steve started competing in local shows, winning many, and eventually taking part at the IFBB Men’s Physique in Austria, taking home 4th place. Needless to say, Steve is an athlete with an incredible story, and a role model for everyone to follow. 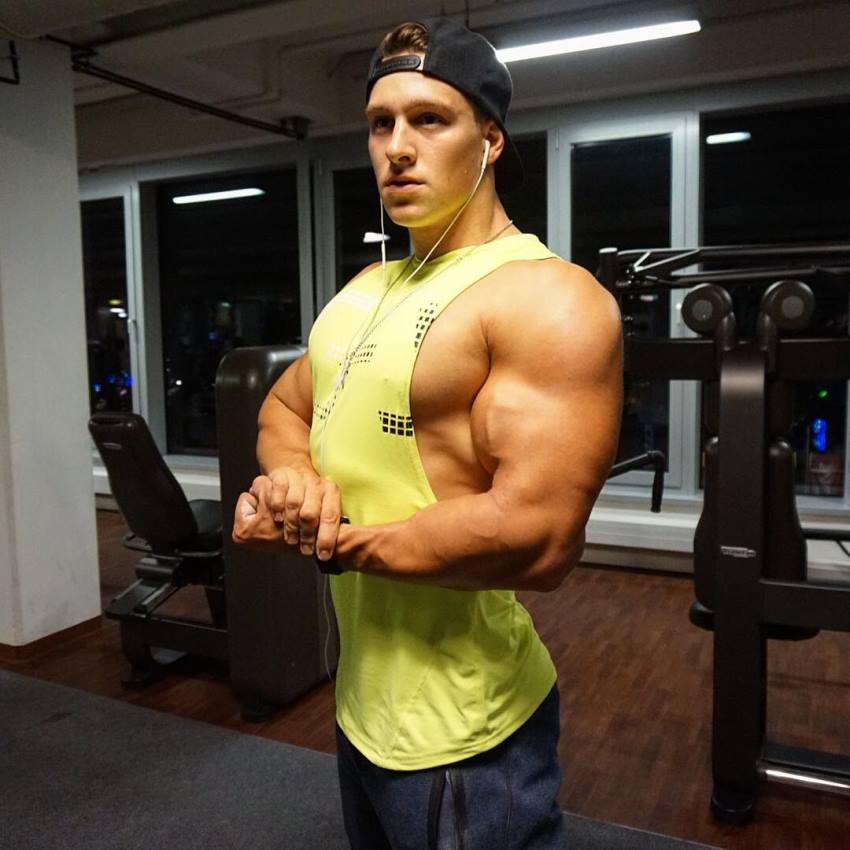 “The harder you work the better you get.” 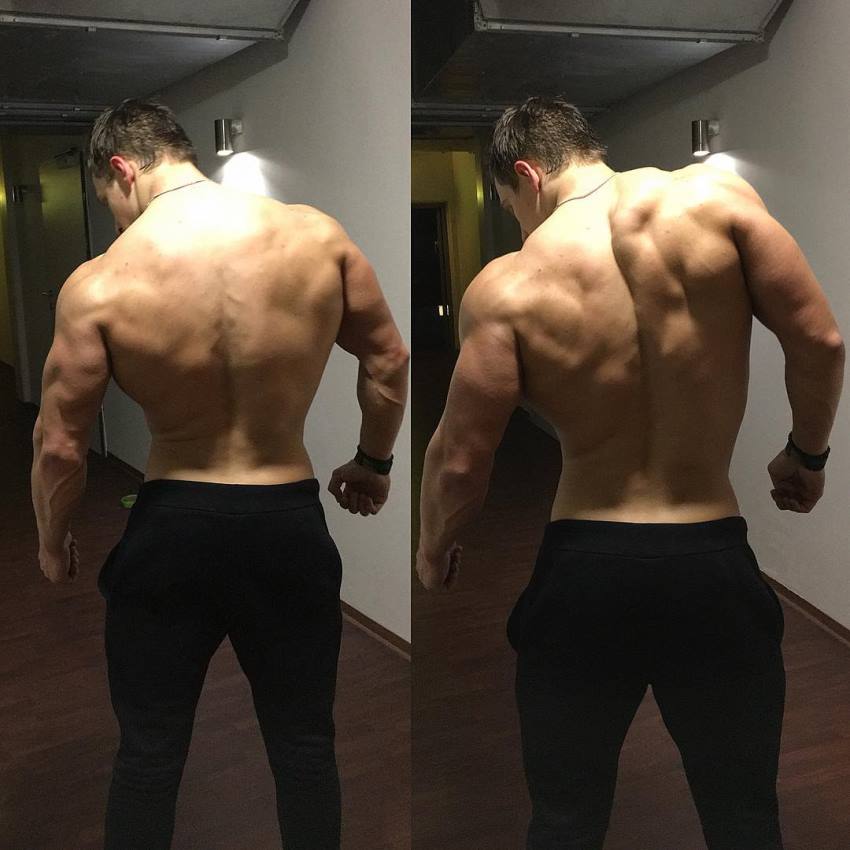 Steve is an Austrian fitness model and a Men’s Physique competitor. He’s also a sponsored athlete and owns a personal training business. 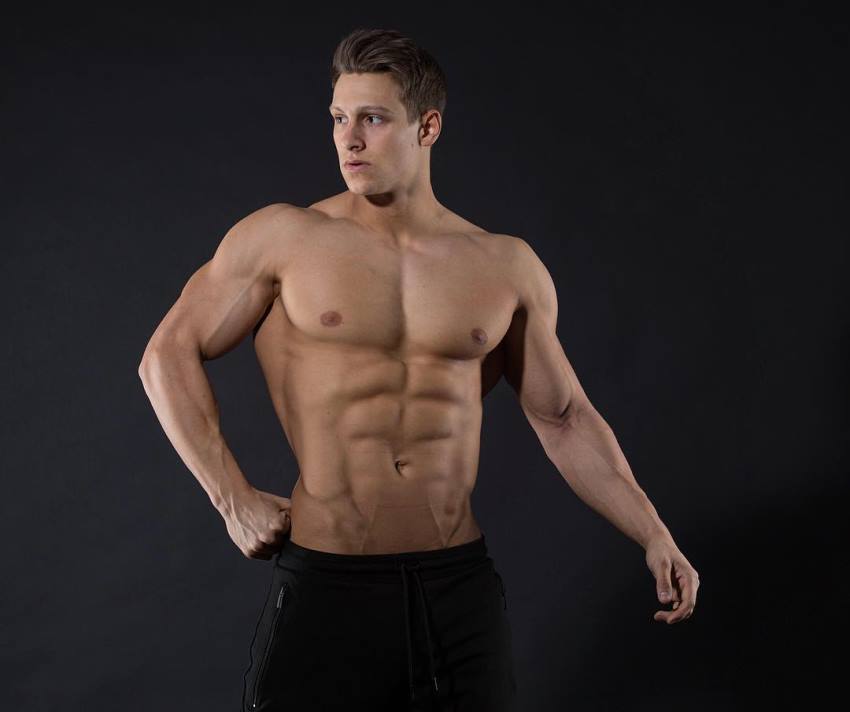 Steve Kris was born on May 20, 1992, in Salzburg, Austria. He was very athletic and competitive as a child, and at only 4 years of age, he was already on a football team.

Among all of his friends and colleagues on the team, Steve always stood out, according to his trainer. Later in high school, Steve started playing football professionally, and by the time he turned 18, he turned the sport into a full-time career.

Steve continued playing football throughout high school, and took a few months off afterwards because he had to move to another city.

After settling down in a new environment, Steve got back to the pitch and returned to his old routine.

During one of his football matches for college, Steve suffered an injury. It was the meniscus tear, and the doctor told him that he wouldn’t be able to play football competitively for a long time, if at all.

Steve was distraught after he received the news from his doctor, and “desperately” searched for a way to relieve the stress. After several weeks of recovery, he started doing bodyweight exercises at home in order to regain his physical fitness.

As his therapy started to progress and improve, Steve decided to get his first gym membership and slowly start training with weights. Several months passed, and Steve was fully recovered. As a result of all the training, Steve was in the best condition ever, he said “even better than when I played football”.

Steve started noticing more progress on his physique each day, and soon, he became hooked to lifting heavy weights.

By 2013, Steve built an impressive looking body, and his injury was a thing of the past. It was at that time he decided to become a personal trainer, and after several months of attending various courses, Steve turned his hobby into a full-time job, becoming a certified health and fitness coach.

In 2014, Steve decided to publish his training and dieting regimen on the internet, which attracted a lot of attention. According to Steve, he was overwhelmed by the amount of requests he got from people – from nutrition and training, to general lifestyle questions. It was then, that Steve realized his potential, and he soon started posting daily pictures of his transformation and various nutritional and training info on the internet, which made him an internet sensation.

By the end of 2014, Steve took his career one step further, and he started competing in local bodybuilding shows. At the age of 22, he won his first local show and continued to pile up great results afterwards. Two years later, he moved to the Men’s Physique division and competed at the IFBB Men’s Physique Austria, where he came in 4th place. When asked about his plans for the future, Steve said his mission is to inspire more people and to win other IFBB Pro shows. 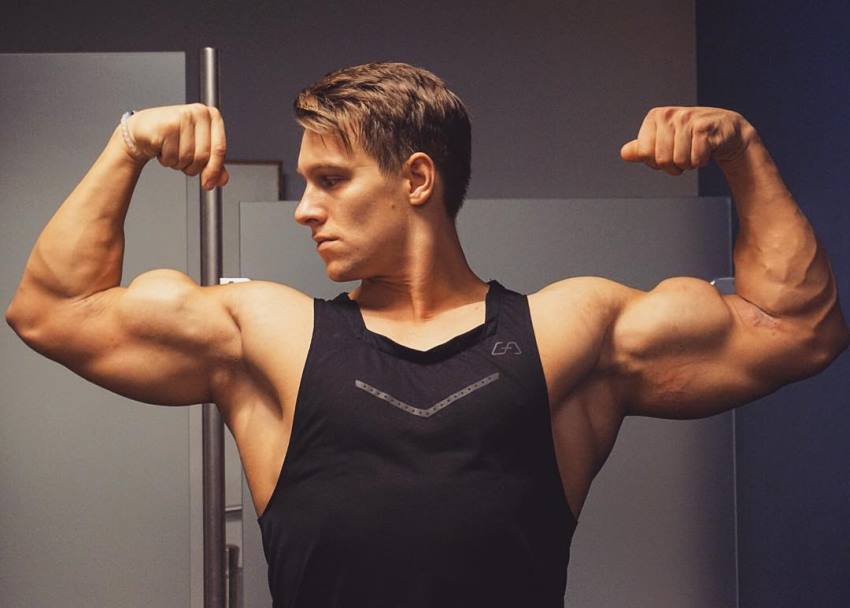 Steve prefers doing high volume training no matter which body part he trains. He says that by doing high volume, the muscle will be under a lot of tension and it will cause micro tears in the tissue, which in turn leads to the most optimal muscle growth.

When it comes to his training frequency, Steve trains 5-6 times per week, and each of his workouts consist of 4-7 different exercises. In each exercise, Steve does between 3-6 sets and keeps his repetitions high – usually around 12 reps per set.

When training arms, Steve likes to use heavier weights and “cheat a little” when pulling the weights up. On the way down, he tries to go as slowly as possible, as he believes the negative movement of the exercise is the most important.

His favorite exercises for arms are barbell curls, cable curls, and hammer curls. He also adds in concentration curls from time to time, in order to change his workouts. 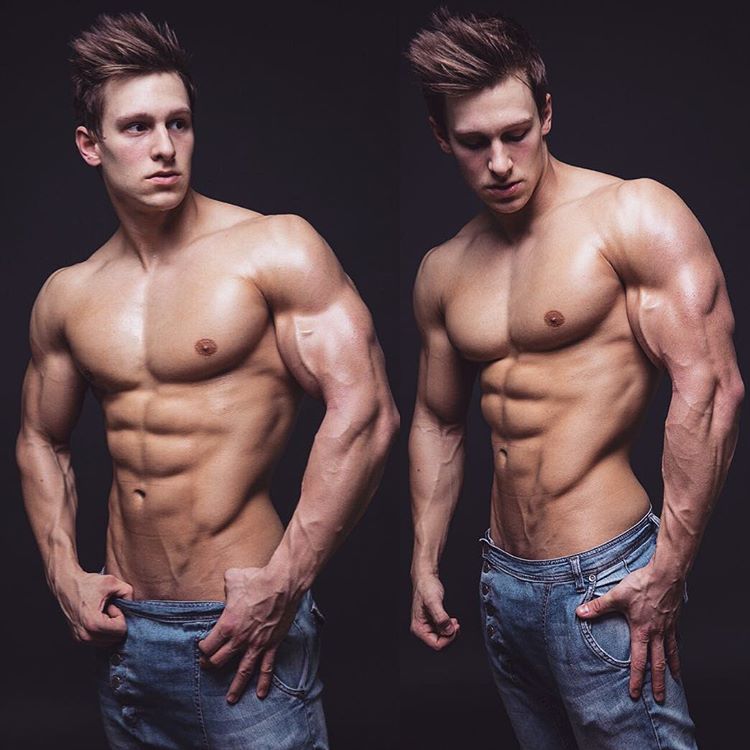 A Right Approach to Dieting

His philosophy on dieting is simple – “Find out what works for you, and once you find out, stick to it. No need to over complicate things.”

Turkey breast with rice and green vegetables is Steve’s favorite meal. He said he’s a fan of vegetables in general and likes to have at least 4-5 servings of vegetables per day, and sometimes even up to 12.

When it comes to supplements, he’s an advocate of keeping things simple, which means multivitamins and fish oils. Steve doesn’t recommend anything else as he believes that all the necessary nutrients can be obtained through a healthy, well-balanced diet. 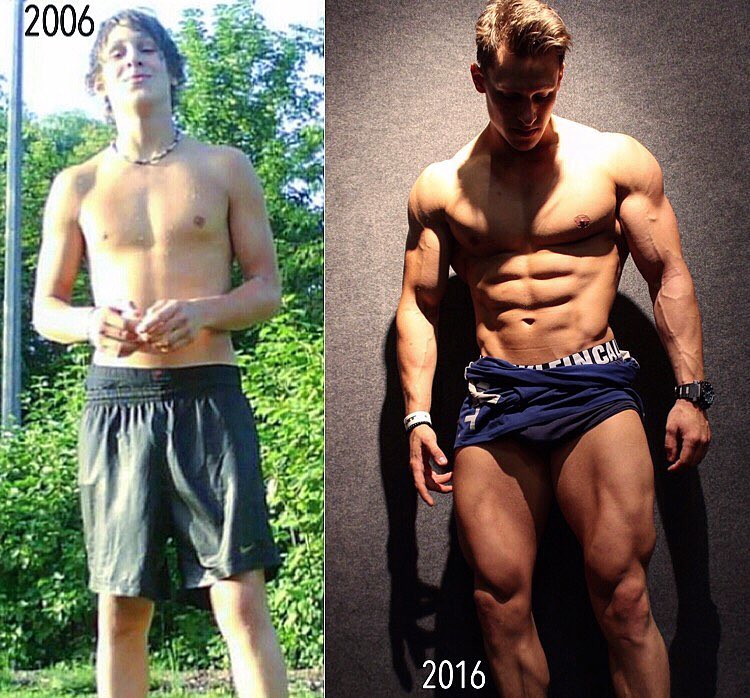 Steve was once asked who is his biggest motivation in life was, he responded; “I am my own inspiration.” Steve also added that he wants to be better than “the guy from yesterday“, and said how he always gives his 100% in order to succeed in life. 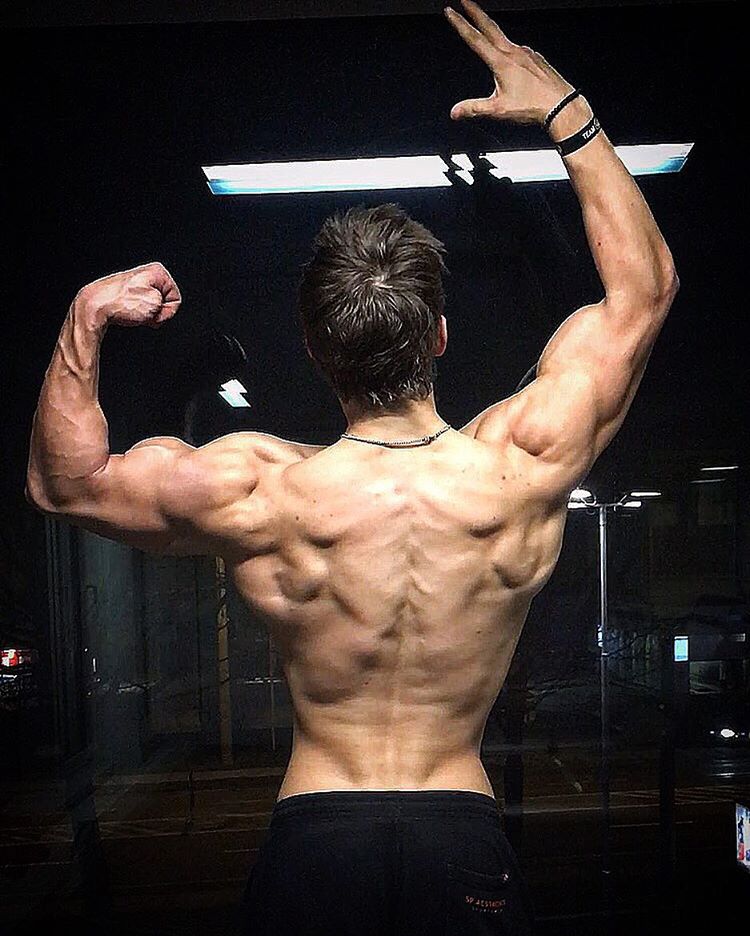 What we can learn from Steve Kris

Steve Kris taught us not to take negative events in our life too seriously. He suffered an injury which prevented him from further playing football professionally, and he didn’t let the unfortunate events destroy his future.

The injury was “a blessing in disguise”, as Steve said, and it opened him up to numerous opportunities. He went on to become a fitness icon and an inspiration for many people the world over.

Keep striving for greatness in life, and don’t let adversities discourage you from staying on your path. That’s one of the ways to turn your dreams into a reality.

Humility. He’s all over tumblr.

Hey Steve, I often see you in the gym in Salzburg. Can we train together some day?