From high school football to smashing weight lifting records in his youth, Steve Cook’s been training since an early age, and with his father as his mentor and trainer, there wasn’t much that he couldn’t do.

Having influences from a sporting family who taught him everything he needed to know about staying strong and fit, and with numerous bodybuilding and figure competitions under his belt, it’s clear to see that Steve was destined for greatness.

“There is no ‘I’ll be happy when’… fall in love with the daily grind and be happy with today, but want more for tomorrow”

Cook was not only lucky enough to be born into a life of sport that gave him a winning edge. But also his inner drive and determination to overcome life’s uncertainties through tough times, and to grow from strength to strength in becoming the face of Bodybuilding.com figure model and spokesperson, and this is his story: 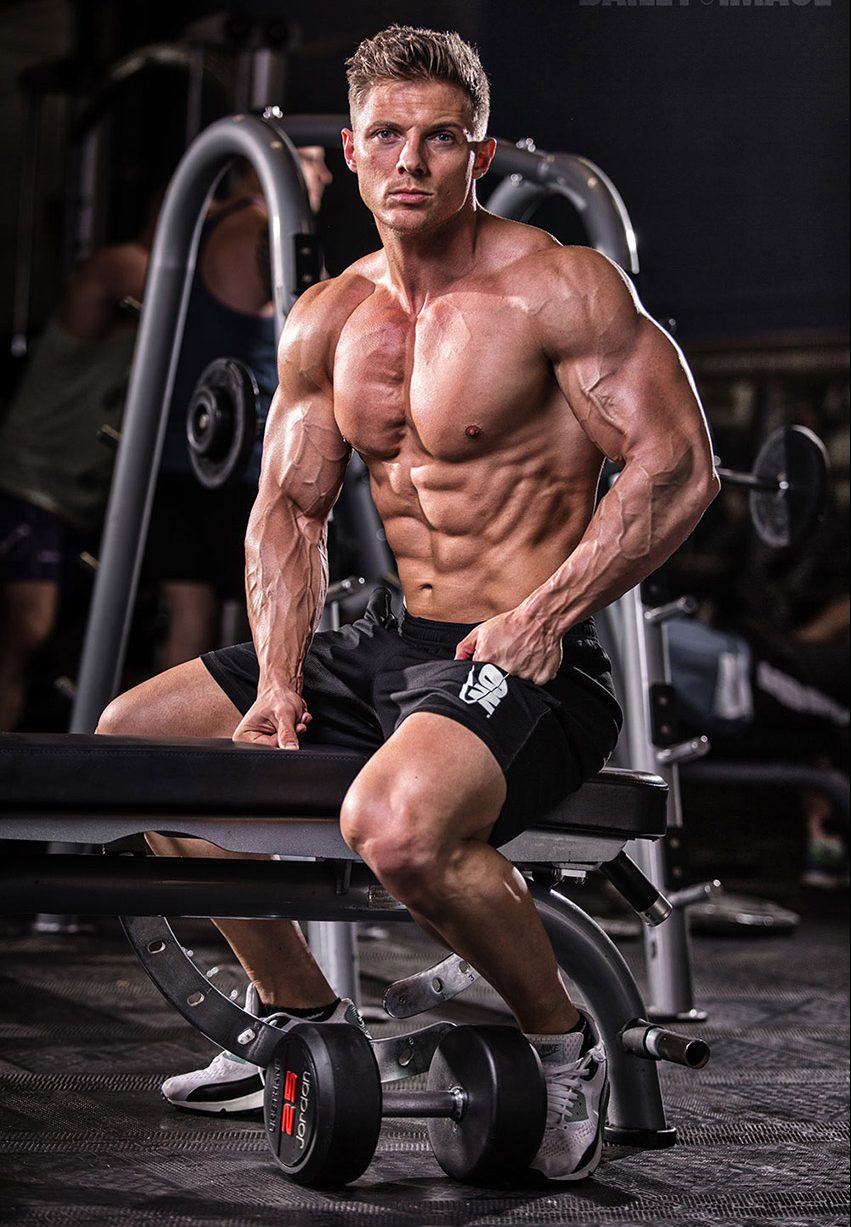 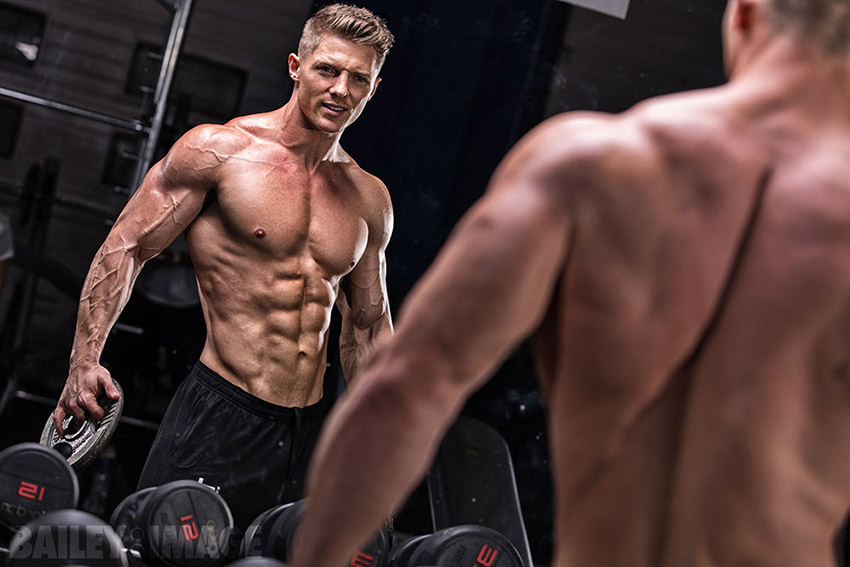 “Swoldier: someone who is both strong physically and mentally” 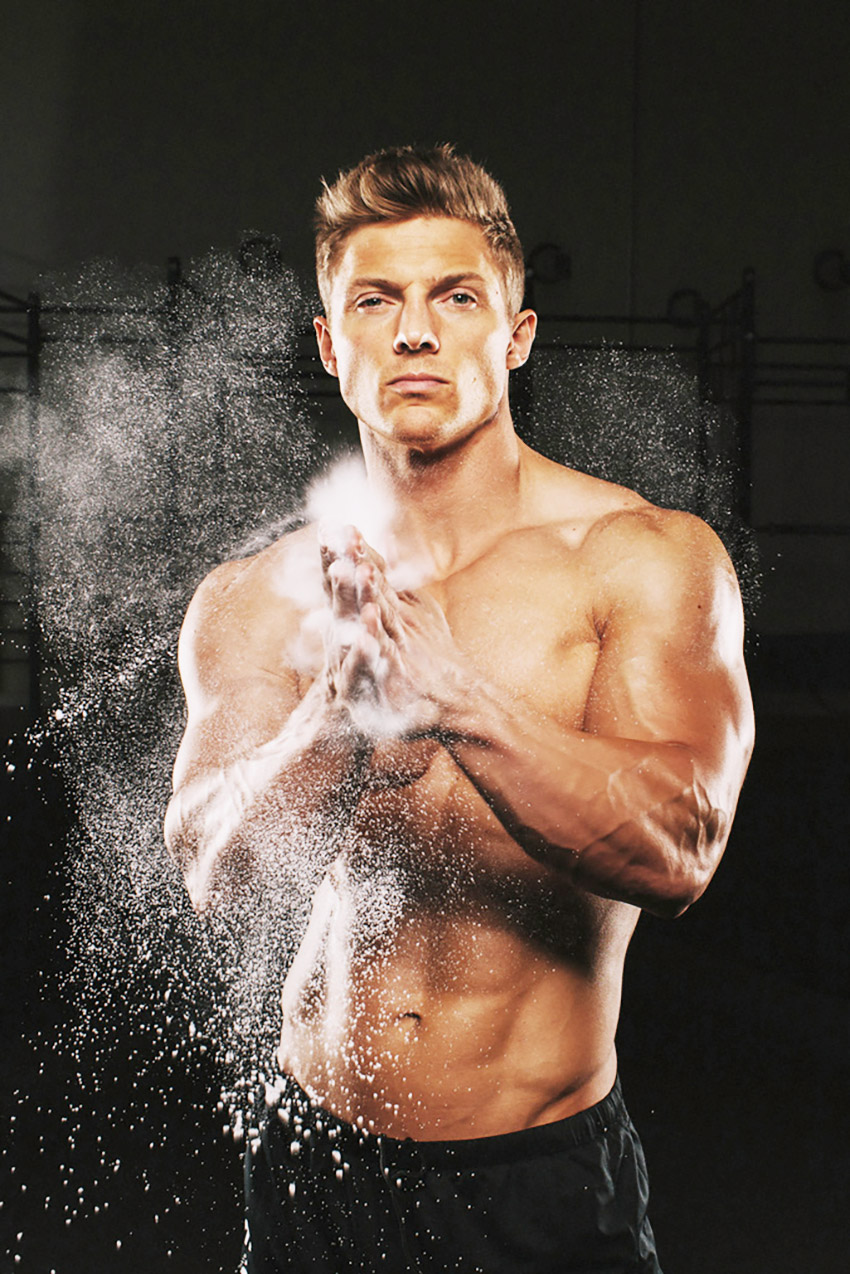 “Training is hard work and the obstacles you face can be painful, so the more you can tolerate the further you can go”.

From a young age, it was clear that Steve Cook was destined for a career in the fitness industry. Growing up in Boise, Idaho, Cook was the middle child of 7, in what he describes as a “very athletic family”.

As early as elementary school, Cook had already started to develop his rippling physique. With a father who was an athletic director, Cook would constantly be taken to the gym and track by his father.

By the age of 10, Cook was already using free weights with proper form – his physique was already on it’s way to greatness.

By the time he hit high school, Steve was a legend. Setting all the gym records and being the most muscular student in the school. After word spread about his power and ability, Steve was soon picked for high school football, which later led him on to a college football career. 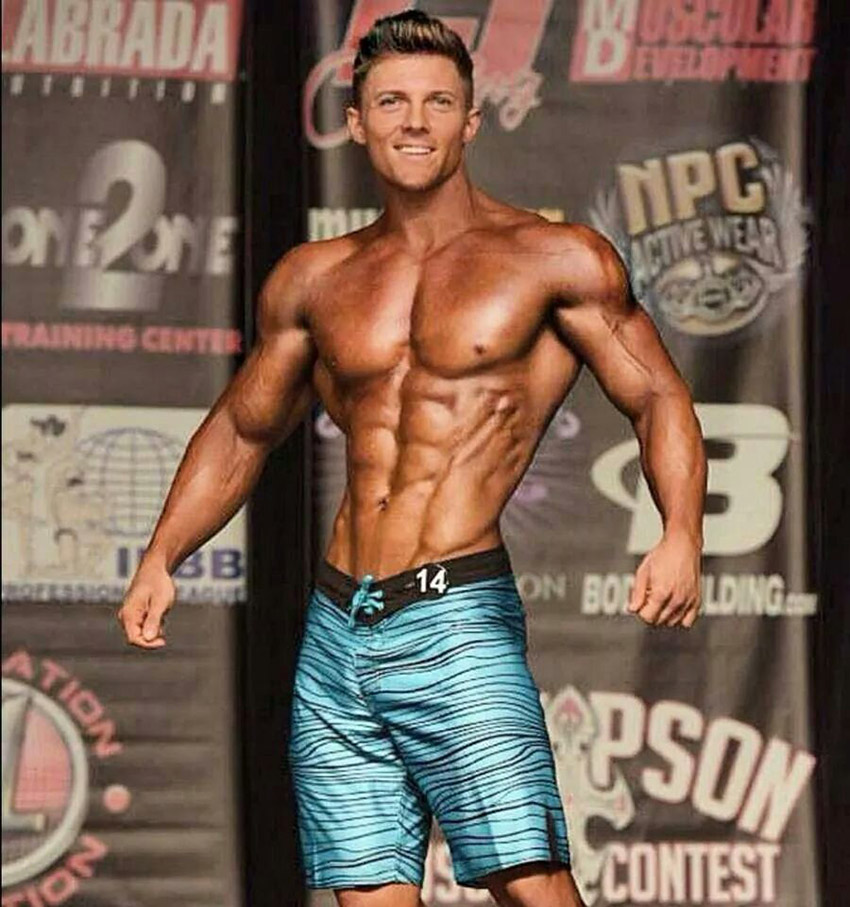 Returning to the Gym

After a rough patch going through a bad divorce, he turned to the one love that he knew he could rely on to keep him on track. Bodybuilding. After a recent competition in a Bodybuilding show, Cook was approached to take part in the Boise fit expo’s fit body contest.

After walking away with a win, he soon started to look for other similar competitions. He found the Muscle & Fitness Male model search competition in Las Vegas held during the Olympia. He worked hard and got into the best shape of his life while finishing his bachelor’s degree, Cook ended up walking away with a 1st out of 90 guys.

Setting his sights as a Spokes-model: Steve entered the competition because the fitness company had always been a place that he spent so much of his time reading and gathering information which helped him achieve his goals. He jumped at this chance to represent the site that helped him reach his goals through very difficult moments in his life.

Now Steve is constantly looking to improve himself and his career by competing in upcoming IFBB championships, and maintaining his position as a figurehead for Bodybuilding.com as their male model and spokesman. 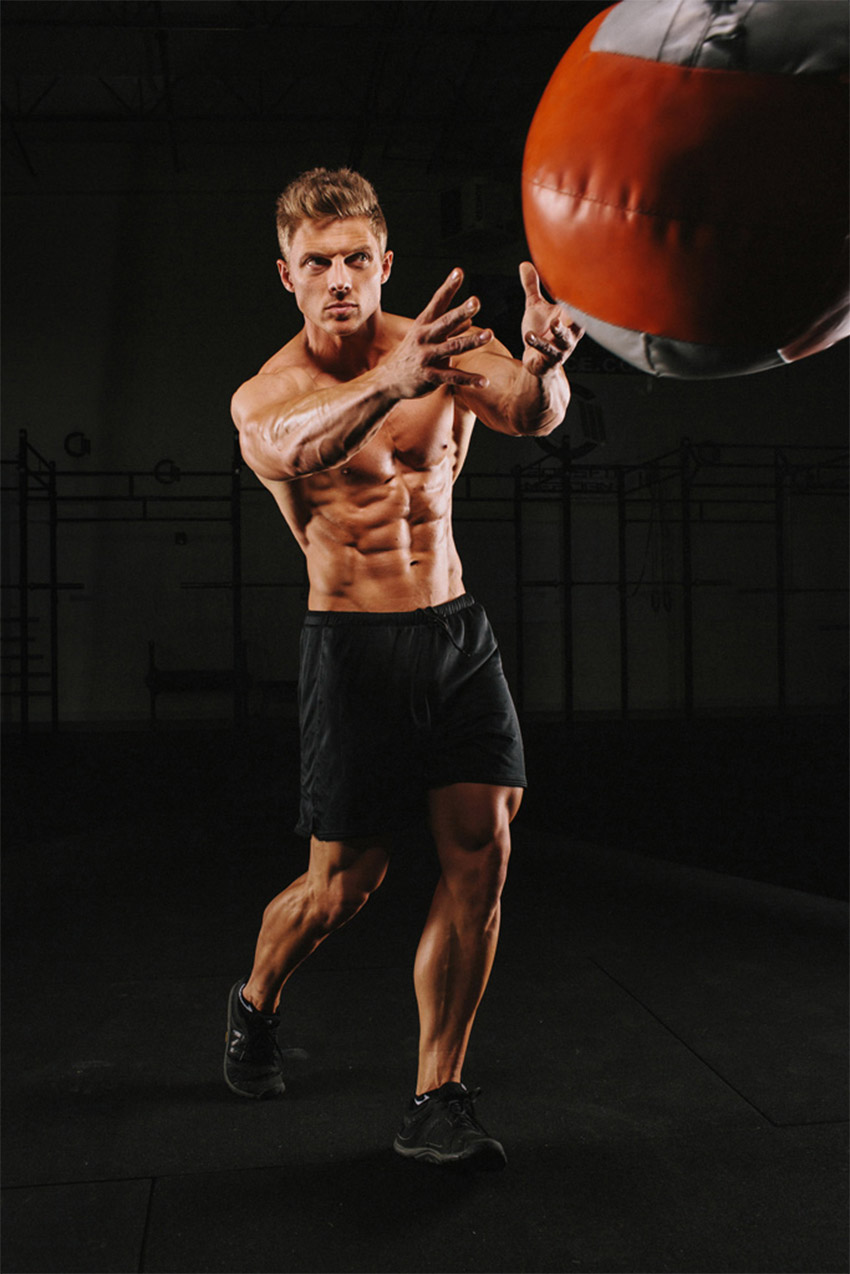 “I make sure to surround myself with positive influences. I have great people I associate with at the gym. I also make sure I always read new things and watch motivational videos like pumping Iron”.

Steve isn’t a believer of sticking with the same type of training routine, he’s constantly changing his rep ranges, rep tempo, and volume to make sure his muscle are always being put under new stresses to keep them guessing. Steve says, “having a plan that lasts for 2 weeks is ideal, then it’s a good idea to change it up.” Generally, he’ll prefer higher volume training throughout the year. 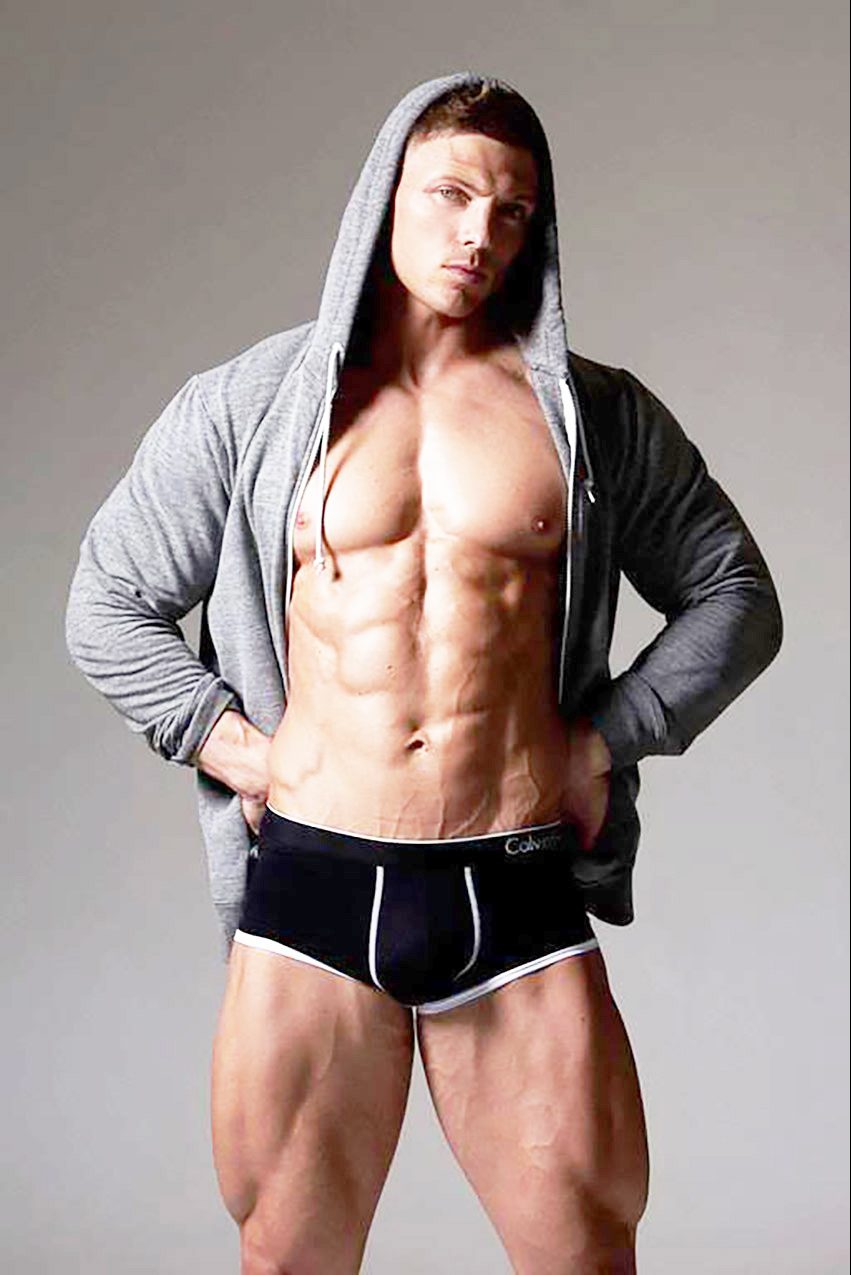 “My diet stays fairly constant year round. I am always within 5 lb of stage ready. I allow myself more carbs, and will enjoy fruit and dairy products in the off season”

Steve’s diet stays consistent all year round, he’s always within 5lbs of body fat of stage ready. He’ll allow himself more carbs, dairy, and fruits in the off-season. But as competitions or photo shoots draw closer, he’ll start to drop the carbs, saying that carb cycling is his favorite method.

Keeping his protein between 250 and 300g, and fat around 50 to 70g. Eating 6 meals a day to keep his metabolism working correctly, and eating lean proteins like ground turkey, chicken sirloin steak and fish to form the basis of his diet.

During contest prep, Steve will weigh all of his food and count his calories. “It’s more of a mental thing,” says Steve, “I feel like I am doing everything I can to win as I weigh and pack my food each day.”

As for supplements, Steve will use:

Steve’s day of eating may consist of:

Inspired to reach your maximum potential like Steve? Read our comprehensive guide on how testosterone boosting supplements can really enhance your game! 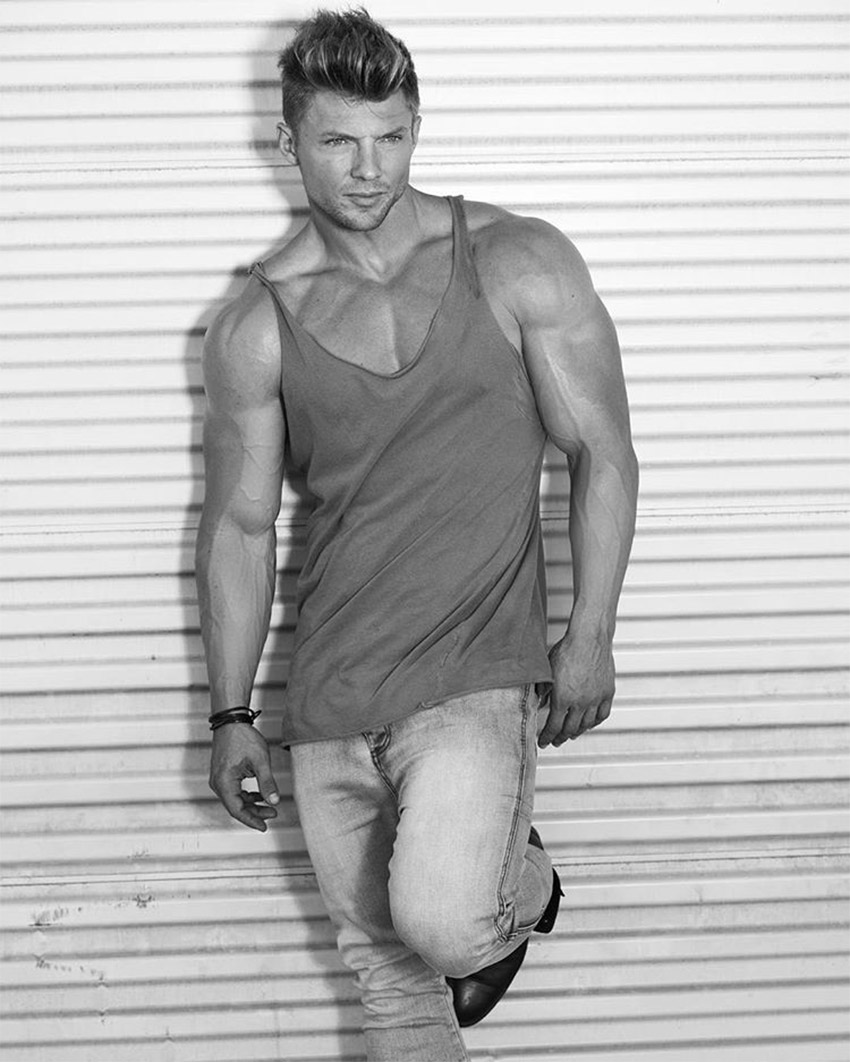 Being a massive fan of aesthetic bodybuilders, and his favorite being Arnold. He met him when he was 7 and from then on became a huge fan. Steve also likes the classics such as Steve Reeves, Frank Zane, Bob Paris, Lee Haney, Lee Labrada and Milos Sarcev. He’s also a huge fan of the late Zyzz (Az Shavershian).

Generally, Steve will always look towards aesthetics as the ideal shape for his inspiration. Instead of the big and bulky look. Preferring the ‘model look’, which Cook has based his career on, has enabled him to become the success he is today. 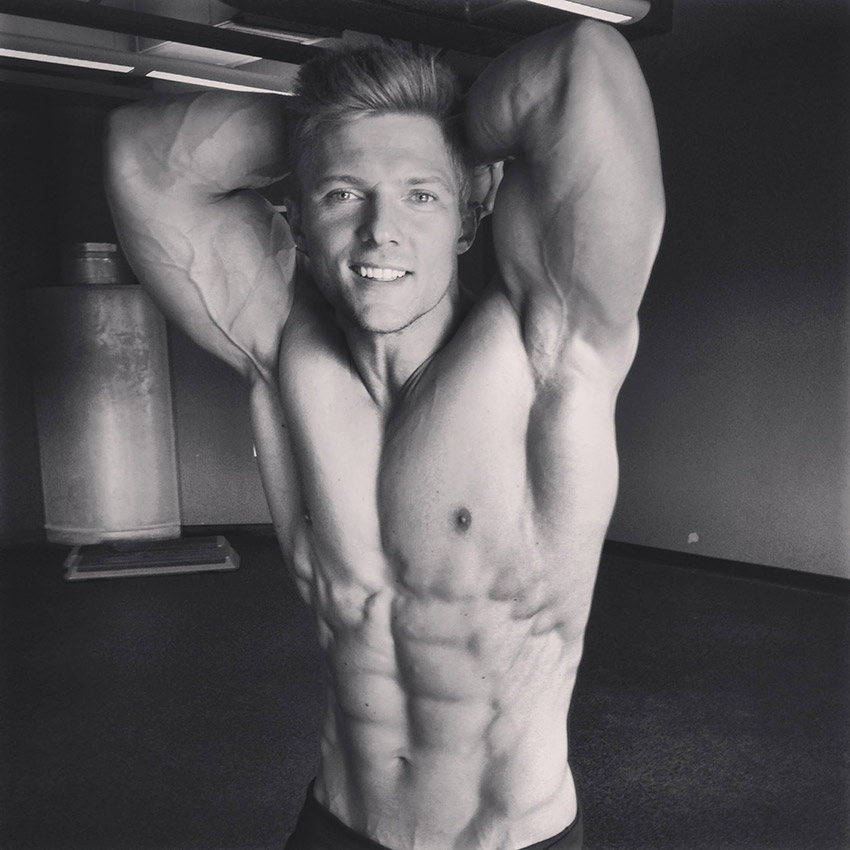 “I live my life knowing that I can’t always control what happen to me but I can control how I react to those things. I strive to stay positive and to treat people with respect”.

What we can learn from Steve Cook

Steve was lucky enough to have been given a head start in his youth with his father being an athletic director – showing him how to build his body in the right way. But, it wasn’t all down to good luck, or perfect genes. There were also times when Steve needed to pick himself up and dust himself off to start again.

If we can learn anything from Steve, it’s that we shouldn’t let any life uncertainty stop us from reaching our goals, or making us happy.

With a little planning, and organization, you too can see astonishing results from applying these tried and tested techniques to achieve your own physique of greatness.

[…] as his heroes in the sport, but he is also inspired by fitness and aesthetic competitors such as Steve Cook, Lazar Angelov and Sadik […]

Can you tell us where you found this information?? Just so we can be 100% sure!

Plus he uses anavar, masteron and ephedrine, among other substances. Don’t be so naive.

Or he’s natural and works hard… just because someone has achieved something that you haven’t yet doesn’t make it impossible. Plus he shows no symptoms of steroids, and hasn’t gotten any bigger since college… cmon man

Little spelling mistake in “Idols and Influences”: there’s a missing “c” to “æstheti”. Aside from that, great article! Still carry my phone with Steve’s signature on it every single day. 😉

Hi Simon, thanks for the heads up. The article has now been amended.

such a amazing physique ,personal role model and i learn true way to live fit everytime ..

@Steve – Thanks for saying that; it’s funny how ‘nay-sayers’ want to immediately go to the use of ‘enhancers’ as The REASON someone has a fantastic physique.

Tren and Clen baby!! Makes no difference, he looks good.