Stan Efferding is an American professional bodybuilder, powerlifter, and entrepreneur. Due to his enormous strength and size, Stan is often called the “world’s strongest bodybuilder,” and “The White Rhino.” He holds several world-records in powerlifting, including the all-time raw world record of 2,226.6 lbs.

Stan’s youth was marked by soccer, a sport he loved to play. Stan was so skilled in the sport that he eventually received a scholarship to play for college. However, Stan turned the invitation down, instead choosing Pschyology at the University of Oregon.

During college, Stan discovered bodybuilding and powerlifting, and became intrigued by both sports. Over the years, he built a strong and ripped body. He then eventually started competing in powerlifting and bodybuilding shows.

By 2013, Stan established himself as one of the strongest professional bodybuilders to ever grace the stage. This is his story: 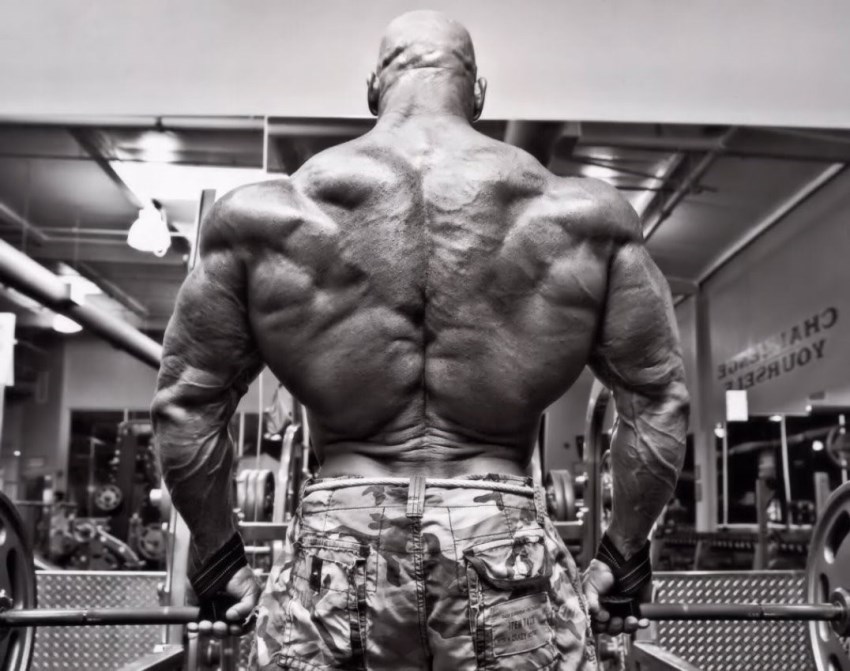 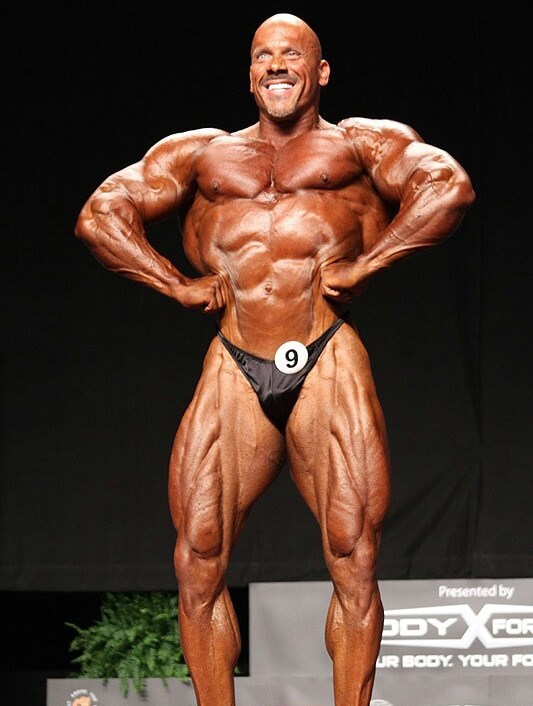 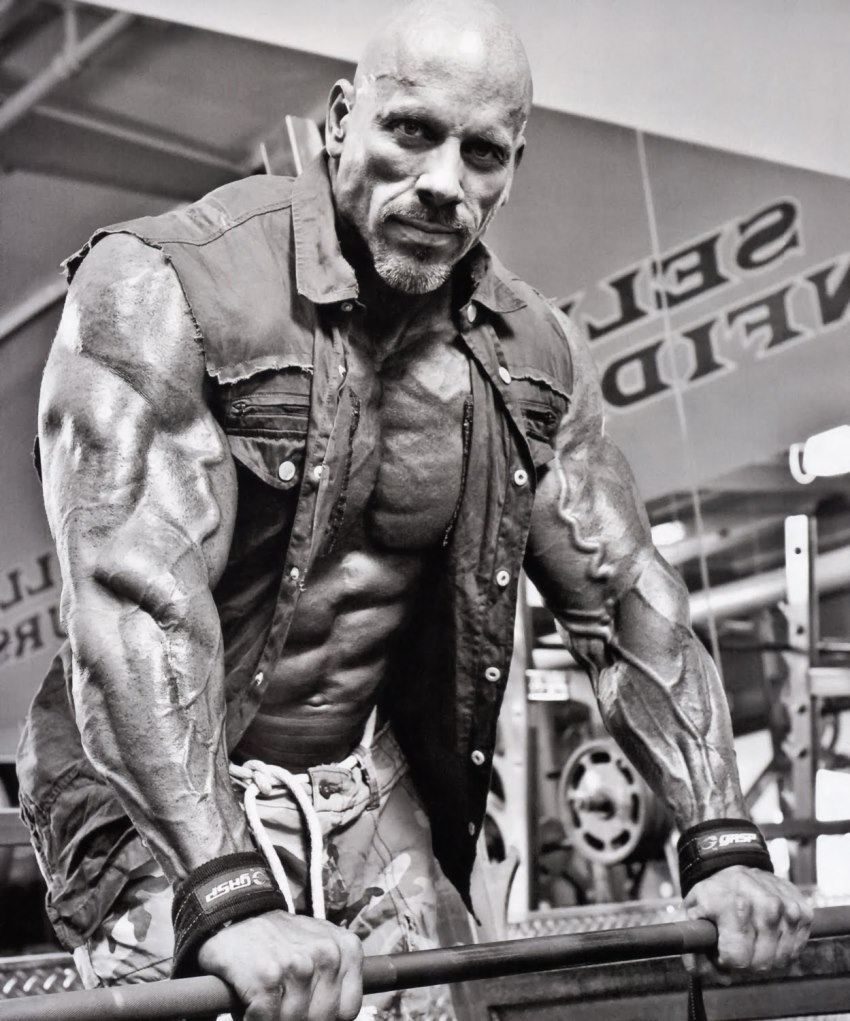 Stan Efferding was born on November 6th, 1967 in Oregon. He was extremely active as a child, where he loved to play sports. Soccer, in particular, was something Stan enjoyed practicing all day long.

Coming out of high school, Stan’s proficient skills in soccer earned him a scholarship to play in college. However, Stan decided to turn the offer down. Instead, he chose Psychology at the University of Oregon as his career path.

During his time in college, Stan started going to the gym to get stronger. He instantly ‘found himself’ in the whole process of weightlifting, realizing it was something he wanted to do professionally.

In 1988, Stan began working out with a goal of competing envisioned in his mind. His goal was to sculpt a physique that would bring him titles on the bodybuilding stage.

Just three years later, Stan’s goals turned into a reality. He won the 1991 Mr. Oregon competition, followed by another high placing at the Jr. USA Championships a year later.

These back-to-back achievements gave Stan a huge boost to continue competing, in the hope to bring home more medals. For the next few years, Stan accomplished every goal he set for himself; placing highly in both 1996 and 1997 edition of the Emerald Cup. 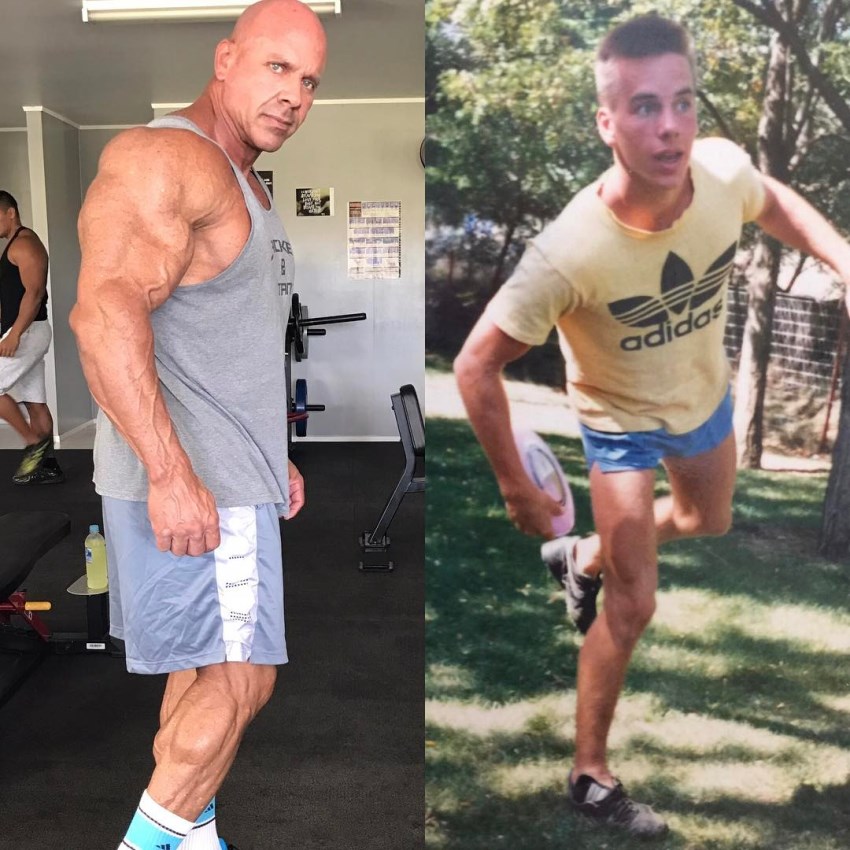 During the time he competed in bodybuilding. Stan became interested in another sport – powerlifting. He would lift extremely heavy weights in the gym all the time, so he thought; ‘why not compete in raw powerlifting contests?’

In his first powerlifting competition, the Pepsi Region 8 challenge, Stan totaled over 2,000 lbs of weight lifted. His best record was in the raw deadlift – an incredible 782 lbs.

In 1997, Stan stopped his competitive career in both bodybuilding, and powerlifting. He instead decided to focus on his personal life, and business opportunities which appeared at the time.

While he didn’t compete anymore after this decision, Stan continued to lift weights in the gym. 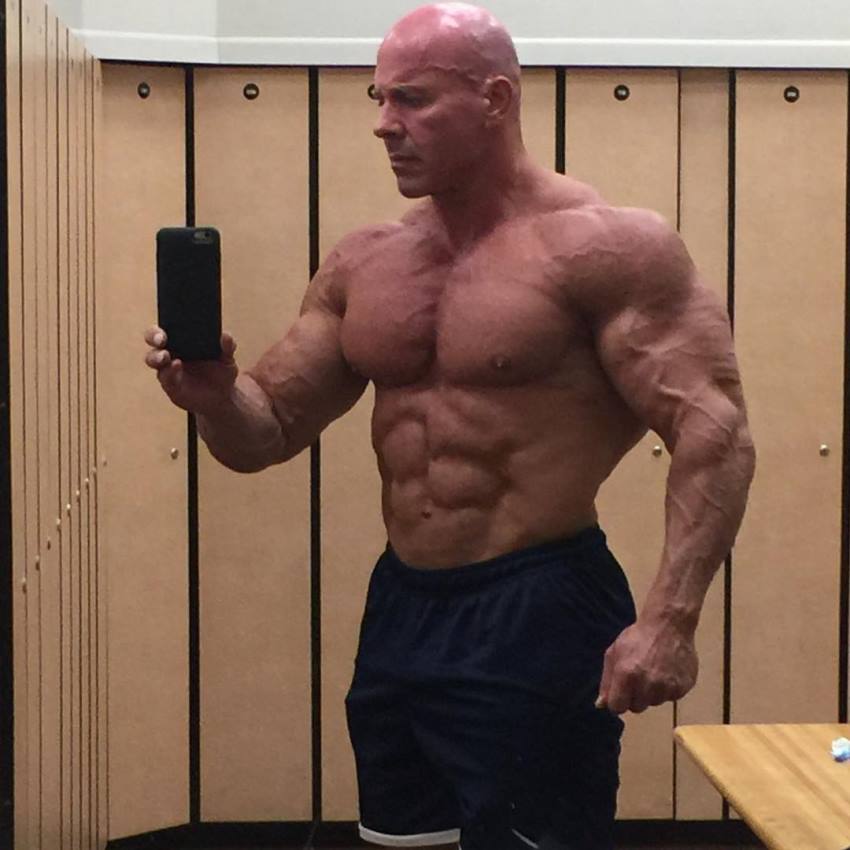 Stan came back to professional bodybuilding and powerlifting at the age of 38. His comeback was marked by a victory at the 2006 Seattle Emerald Cup, where he came in 1st place in the Superheavyweight class.

In 2008, Stan won the same show once again – this time in both his weight category, and overall.

One year later, Stan took part in his first major powerlifting contest since his comeback; totaling 2,070 lbs at the APA Northwest Regional Championships, and setting 2 American records along the way. 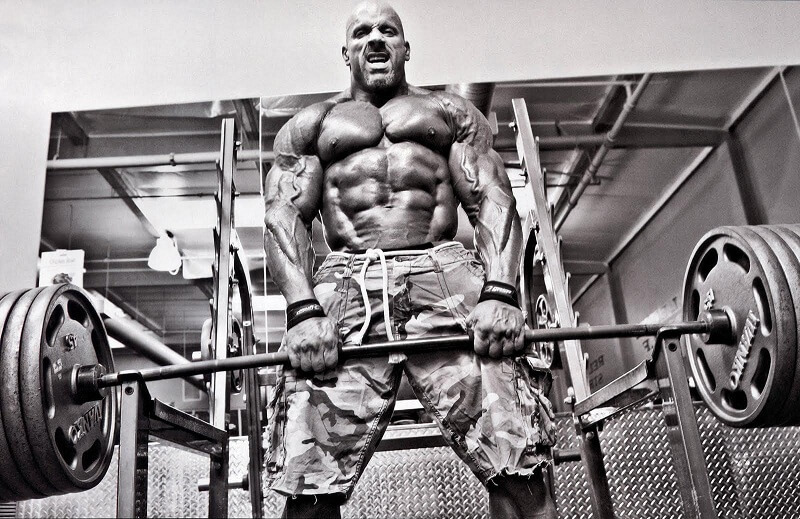 Just two months after entering the Pro Circuit. Stan competed at the SPF Power Raw Meet powerlifting contest, lifting a total of 2,221.2 lbs – only 38 lbs away from beating the all-time raw world record set by Jon Cole in 1972.

In 2010, Stan was proclaimed the “Mr. Olympia 2010 World’s Strongest Professional Bodybuilder”. Thanks to his records set in the bench and deadlift for a total of 1,428 lbs. Stan’s record-breaking performance was so impressive that he beat the previous title holder by almost 100 lbs. But he wasn’t done yet.

The following year, in 2011, Stan set two more world records at the SPF California State Championships; lifting a total weight of 2,226.6 lbs. Once again, Stan impressed everyone by beating the previous record holder by well over 50 lbs.

Thanks to his accomplishments in both the sport of bodybuilding, and powerlifting. Stan is often referred to as the strongest professional bodybuilder in the world. 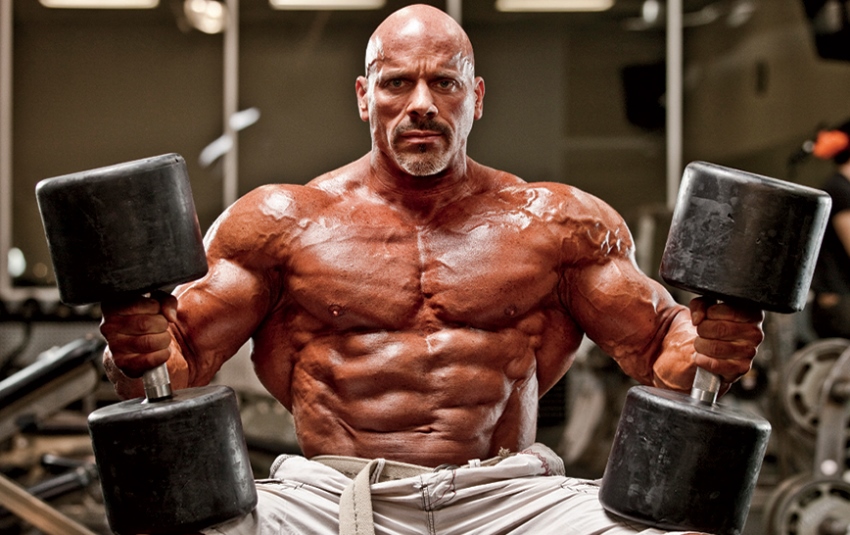 Simplicity Over Everything Else

Stan approaches his workouts with simplicity – he says there is no need to overcomplicate things such as the number of reps, sets, and what exercises he’ll do.

He goes by the feel, making sure that by the end of the workout his muscles are maximally exhausted. This way, Stan’s muscles can rebuild themselves during sleep, and become bigger, and stronger.

“It really it’s this simple: Lift heavy weights three times a week for an hour. Eat lots of food and sleep ass much as you can. That’s it. There’s nothing more to add. “ 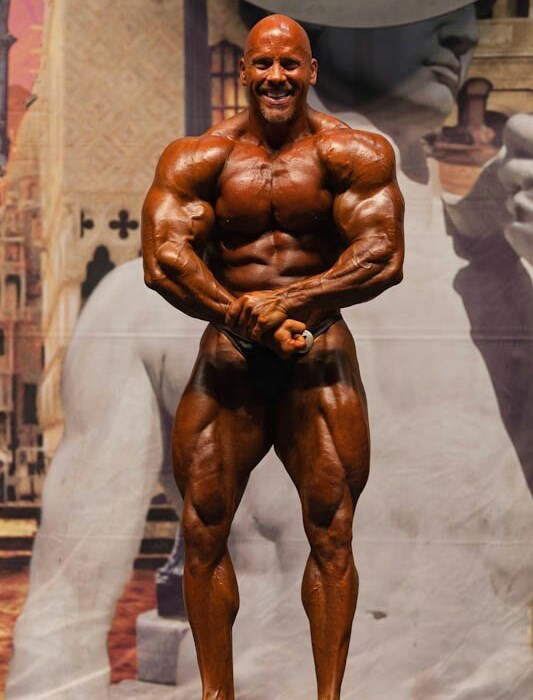 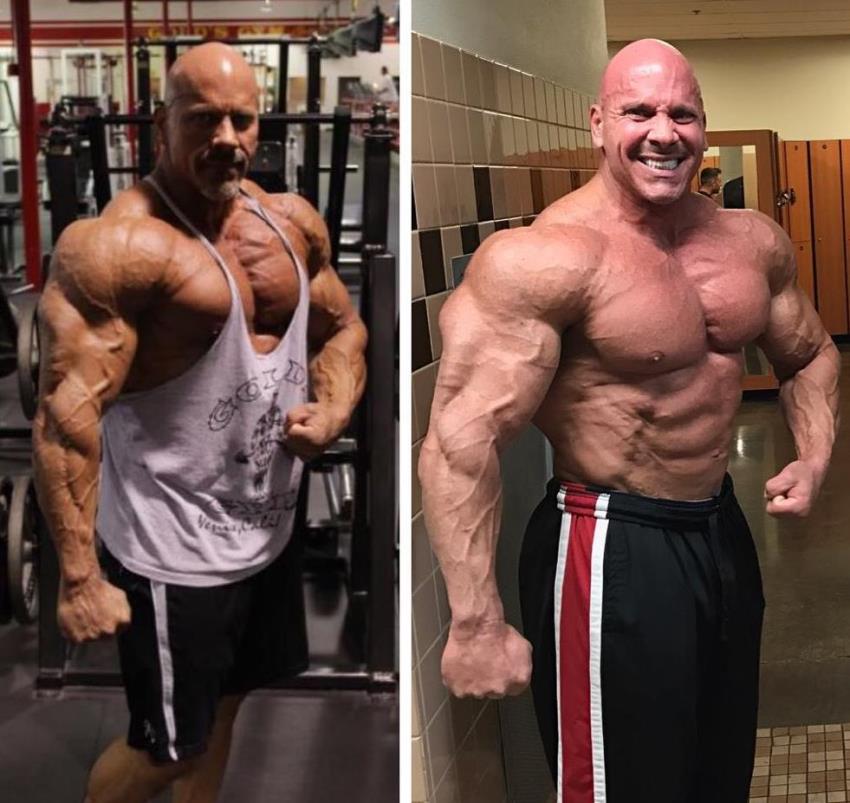 Eating a Lot of Clean Food

According to Stan, no workout routine will help build muscle as much as having the right diet and recovery in place. Alongside his ‘hardcore’ workouts, Stan makes sure to consume enough protein and healthy fats to build muscle mass. He also consumes a lot of slow-acting carbs to supply his body with enough energy for his demanding workouts.

“The vast majority of people who want to get bigger and stronger already train hard enough to grow, they just don’t eat and sleep enough to grow. They carry a notebook and want to show me every rep, and set, of every workout and routine they’ve done for the past three years. But there’s not one page with a record of their meals.”

Overall, Stan doesn’t over complicate his diet – just like with training. He sticks to what works for him, achieving the most progress doing it this way. 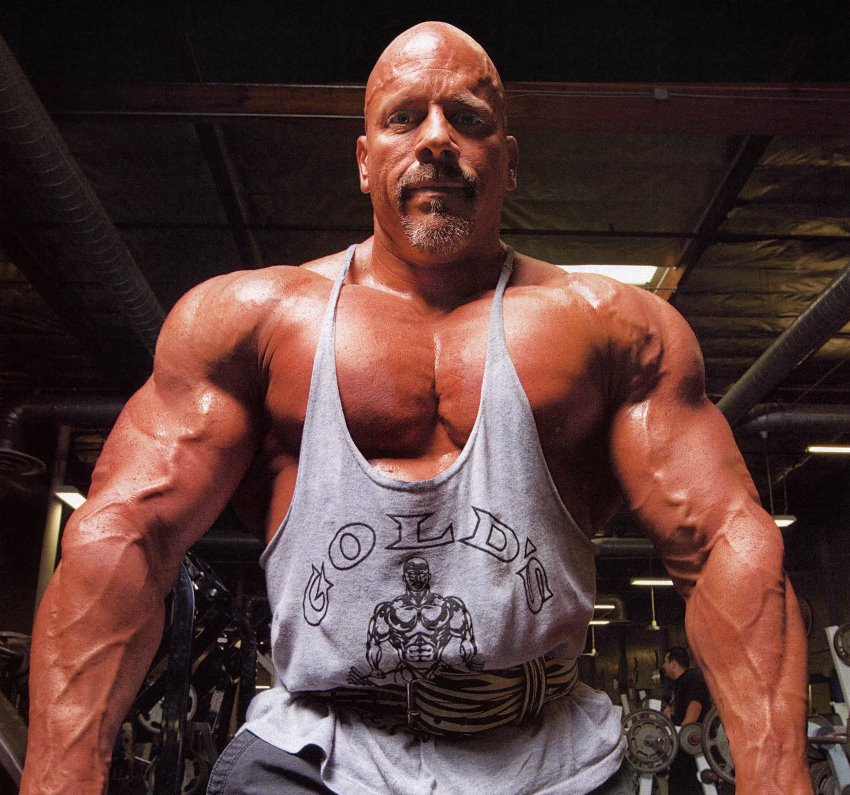 One of Stan’s big influences in bodybuilding and powerlifting is Flex Wheeler, one of the greatest bodybuilders of the 1990s. 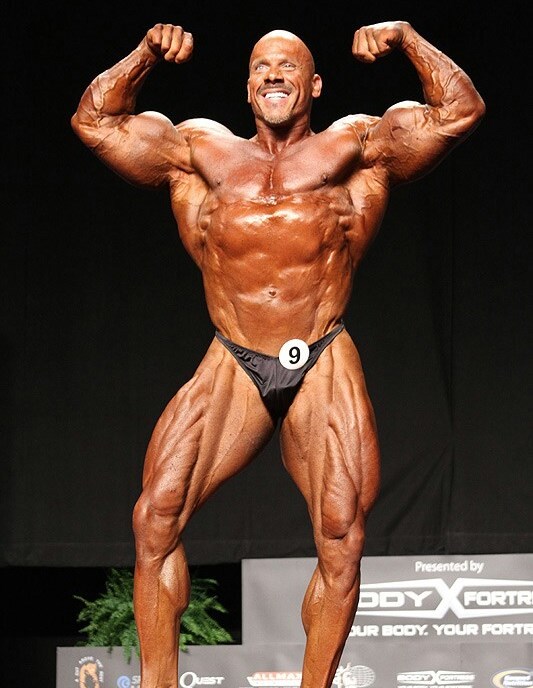 What we can learn from Stan Efferding

Stan Efferding has taught us that in order to be the best in something, you don’t necessarily need to make things too complicated. As we’ve seen from his training and diet, Stan always preferred simplicity over nitpicking.

He strongly believes that dedication, hard work, and planned action alone can go a long way – not just in bodybuilding, but anything in life.

It could prove useful to remember some of Stan’s advice. Don’t stress over the small things, just make sure to stay dedicated and hard-working on your way towards mastery – perhaps a simple, but effective way to realize your goals.