Sergio Oliva, The Myth, the only bodybuilder to ever beat Arnold Schwarzenegger at Olympia and become known as one of the greatest, if not THE greatest bodybuilders of all time. A Cuban refugee who moved to America, Sergio was a policeman, a father and one of the hardest working and humbling bodybuilders to ever have existed. Known for his rivalry with the Austrian Oak (Arnold), it’s fitting that upon Sergio’s passing, Arnold wrote;

“Sergio Oliva was one of the greatest bodybuilders of all time and a true friend. A fierce competitor  with a big personality – one of a kind.” 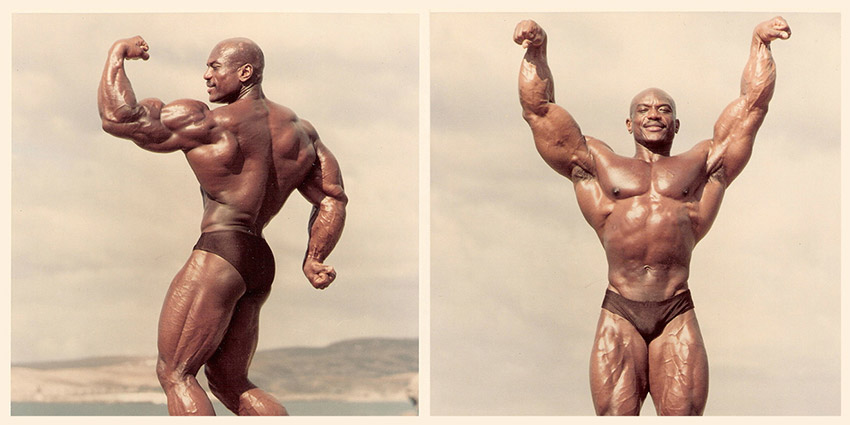 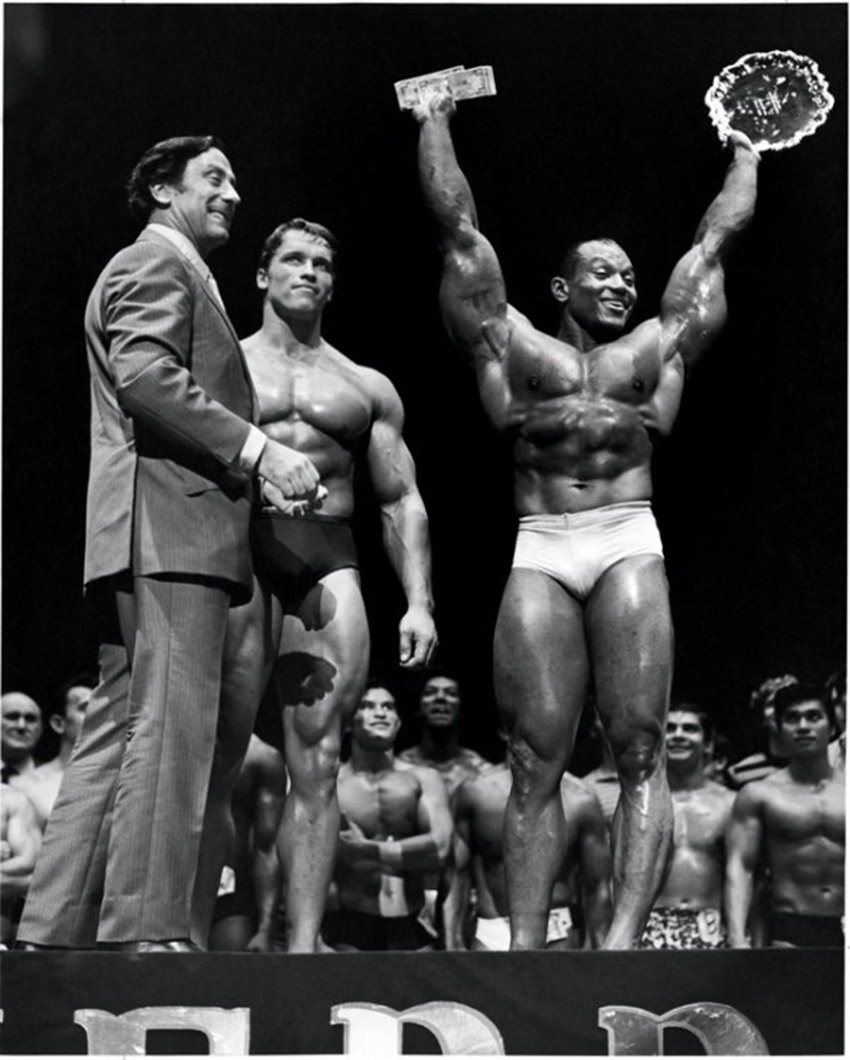 “Did you know I made my own posing routines? That was one of the problems with the big promotion guys. They cannot say they made me. Uh, uh. Nobody made me, only my God and my heart and the fact I worked so hard.” 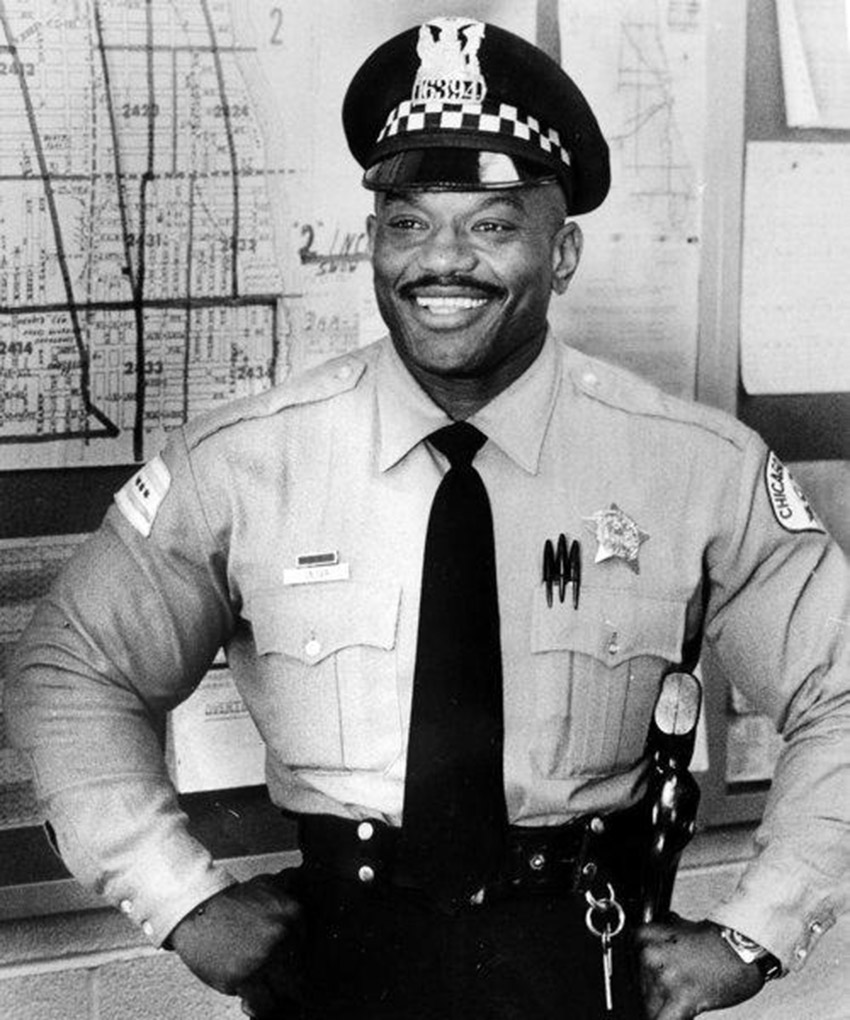 “Well, what are you looking at? There are no women over here.”

Becoming The Myth, The Early Days

Cuban powerhouse Sergio Oliva was born and raised in Cuba. At the age of 16, his father suggested he join the army in the fight against communism in Fulgencio Batista’s army. After losing the war to Fidel Castro, and thankfully coming away without any wounds, Sergio remained in Cuba and was regularly hanging out on the beach.

A man, from the communist party passed Sergio a few times and after asking what he was looking at, commented on Sergio’s physique and passed him a card saying he was the professional manager of the Cuban Weightlifting team.

Sergio’s first worry was that diet required to become a professional weightlifter. “Let me worry about that. You just come and see me.” Arriving at the Roger Gonzalez Gym in the city of Guanabacoa the next day, construction worker Sergio was told to head straight to the lifting platform without saying a word. The guy got an Olympic bar, loaded it with two 45-pound plates on either side (220lbs into total) and made Sergio lift it above his head. He did it with ease.

That was it, the manager of the team gave Sergio a job cleaning the gym, paid him weekly, and started training him. In his first amateur competition, 21-year-old Sergio broke 3 Cuban records, 2 that were his own from the lifts before, in succession. From then Sergio honed his technique in Russia, with his Clean, Snatch and Clean and Jerk at 900lbs when he arrived, the training proved a success and Sergio was training at 1300lbs on his departure. 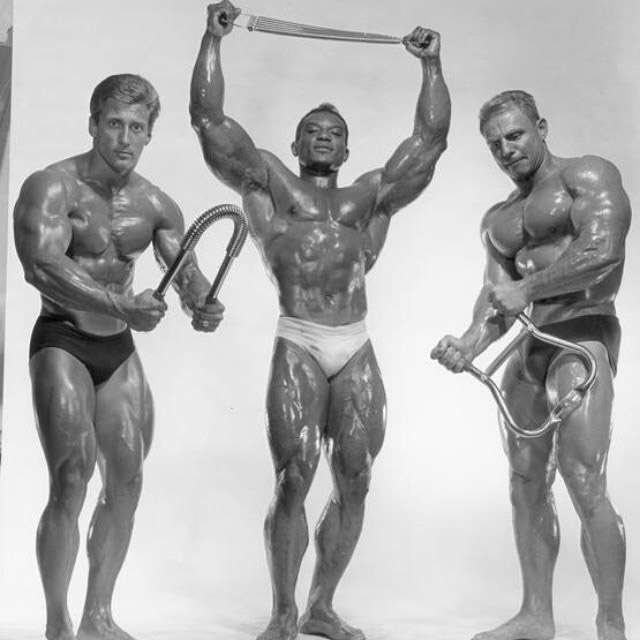 It was then back to Cuba to prepare for the Pan American games in Kingston, Jamaica.  This competition is where his life changed. After a successful day competing, Sergio sneaked out of his quarters, past the armed guards and ran as fast as he could to the American consulate, where he claimed political asylum from Fidel Castro’s communist regime.

Following Sergio was the entirety of Fidel Castro’s Olympic weightlifting team and their security guards.

Next stop for ‘The Myth’, was Miami Florida, where he worked as a TV repairman, then in 1963 following the advice of the FBI Sergio moved North to Chicago (He chose Chicago because he liked the name). This moved him furthest away from the Cuban population and, the danger of any of Castro’s secret Police catching up to him. In Chicago, he finally could practice and compete in Bodybuilding, a sport that had been prohibited under the communist government of Cuba. 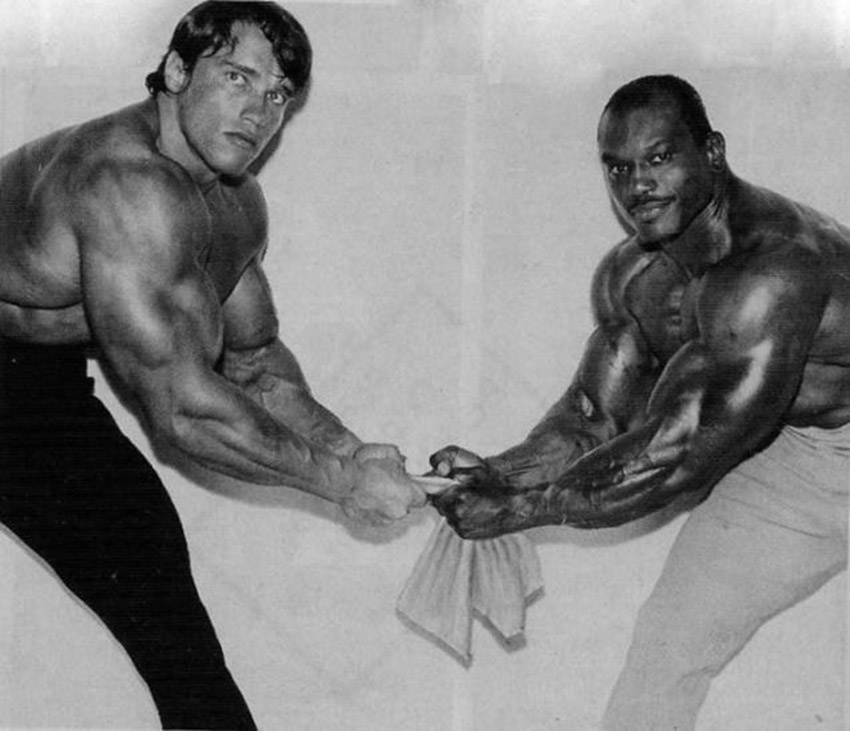 “He was a terrific, terrific guy. We never spent much time together back in the day because I was on the West Coast and he was in Chicago, but we interacted when we were at competitions and at other events we attended. And in later years he came to the Arnold Classic several times. I had great, great admiration for him: His personality, his work ethic, his look— everything. There will never be another like Sergio— that I can guarantee. Everything after him is fake. He was the original. He was The Myth.”

The Rivalry with the Austrian Oak – Competing in the IFBB

Sergio joined the IFBB in 1966, here he claimed IFBB Mr. World Tall Class and overall. This was just the beginning. Sergio took home IFBB Mr. Olympia in 1967, won it completely unopposed in 1968 and, in 1969 beat his would be arch rival, Arnold Schwarzenegger.

In the 1970 Mr. Olympia Sergio and Arnold competed for the title once again, with the Austrian taking it home, something that Sergio, and some people today, believe was cheated from him. After a fast exit from the IFBB in 1972, following a defeat to Schwarzenegger once again, Sergio went into the WBBG (World Bodybuilding Guild) and won everything they had. After this success, he went into the WABBA federation and had various victories.

He made a comeback to the IFBB in 1984. However, after not fully preparing, Sergio placed only 8th in that year’s Mr. Olympia and earned himself the nickname ‘The Eighth Wonder of The World”.

The Myth had planned on a 1986 Olympia appearance, however, a domestic argument with his wife turned tragic and 45-year-old Sergio was shot 5 times. Fatally wounded, Sergio still managed to drive himself to the Chicago hospital where he recovered.

Sergio worked hard through the entirety of his bodybuilding career. Spending long days working in a foundry, and following them with brutal 3 to 4-hour gym sessions, his work ethic was tireless. 27 years of his professional life was also spent serving in the Chicago Police Department (in custom made uniforms, accommodating his 60″ chest).

Sergio was to sadly pass away from reported Kidney problems on November 12th 2012, leaving behind his son, Sergio Oliva JR, who has followed in his fathers footsteps.

His death was the first passing of any Mr. Olympia. Sergio Oliva is remembered by many as having one of the greatest physiques of all time, and the only bodybuilder to ever beat Arnold Schwarzenegger for the Mr Olympia title. 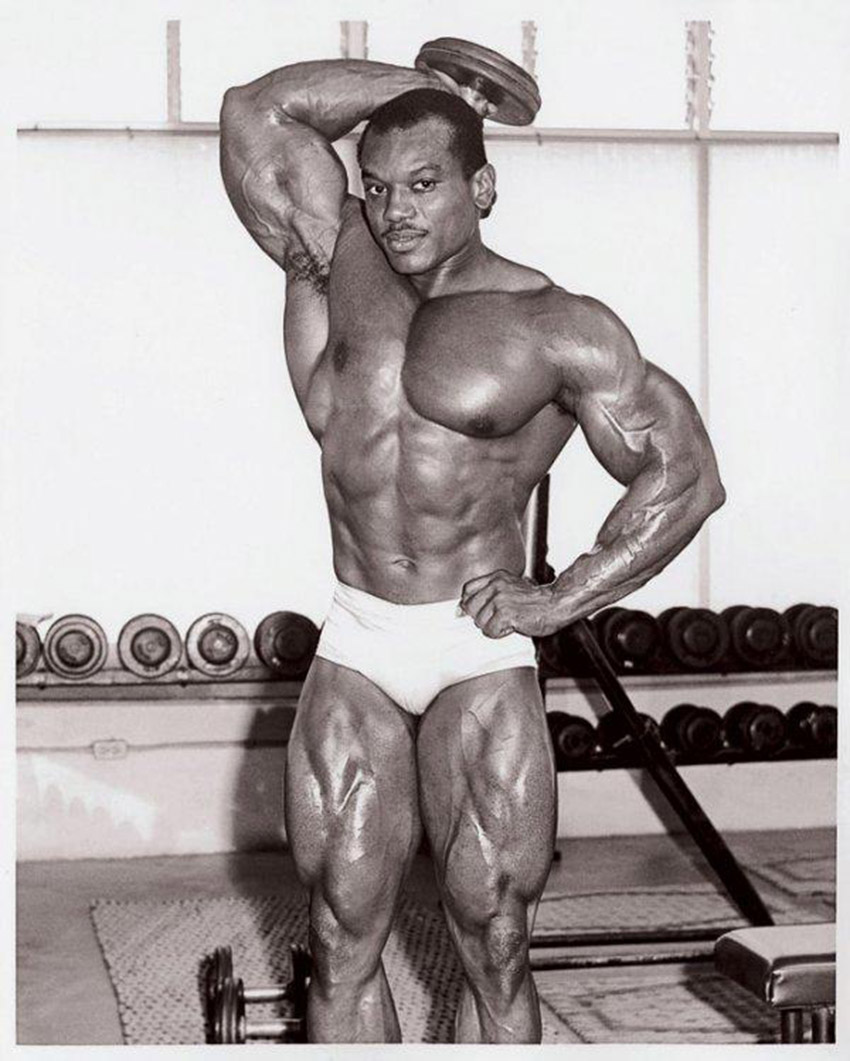 “People say I just pump the weights. well, I don’t know about that, but you take a look at my arms and tell me what I do doesn’t work.”

A bodybuilder who didn’t have the word over training in his language, Sergio Olivia’s training was slightly unconventional. Sergio’s early weightlifting days had taken their toll on his joints. Fellow bodybuilder  said ““After a while, he couldn’t lock out lifts because his elbows would dislocate or his knees would bend backward”, so Sergio changed his approach.

Using partial movements he could use BIG weights, as without the full range of motion there is much less risk of any injuries. Sergio would also go hard, 2-3 hours was a normal session, after a full day of working a physical job in a foundry. It was common for Sergio to do 20-30 sets, keeping his form reasonably loose and tension on the target area, but avoiding his connective tissues.

Generally when Sergio trained he train a muscle using a wide variety of exercises, ensuring he hit the full muscle. In addition to this he was known for his antagonistic supersets, training opposing muscle groups. 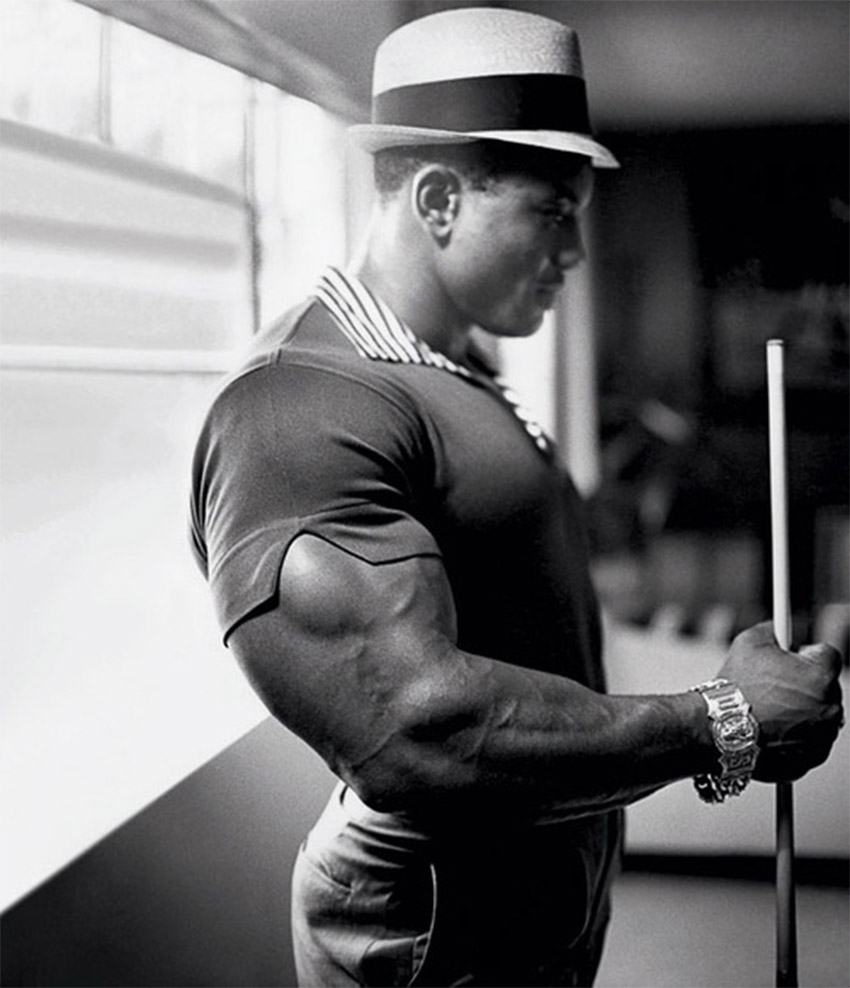 “You had to work hard all day. It was so intensive that in every contest, from the first one to the last one in ’84, I only dieted three weeks out from the show. I didn’t need to diet; I was eating everything.”

It’s reported that Sergio’s diet was basically whatever he wanted, even pre-contest he was known to have eaten burgers, hot dogs, and fizzy drinks. During a shift, one of Sergio’s superiors came in the lunch room to try and discover what secret diet he must be on to have a physique like his, only to find Oliva eating two packs of Twinkies and a bottle of mountain dew.

During training Sergio would carry around a thermos of hot coffee, when asked why, he said it gave him energy and also made him sweat. Water was saved for after the workout. 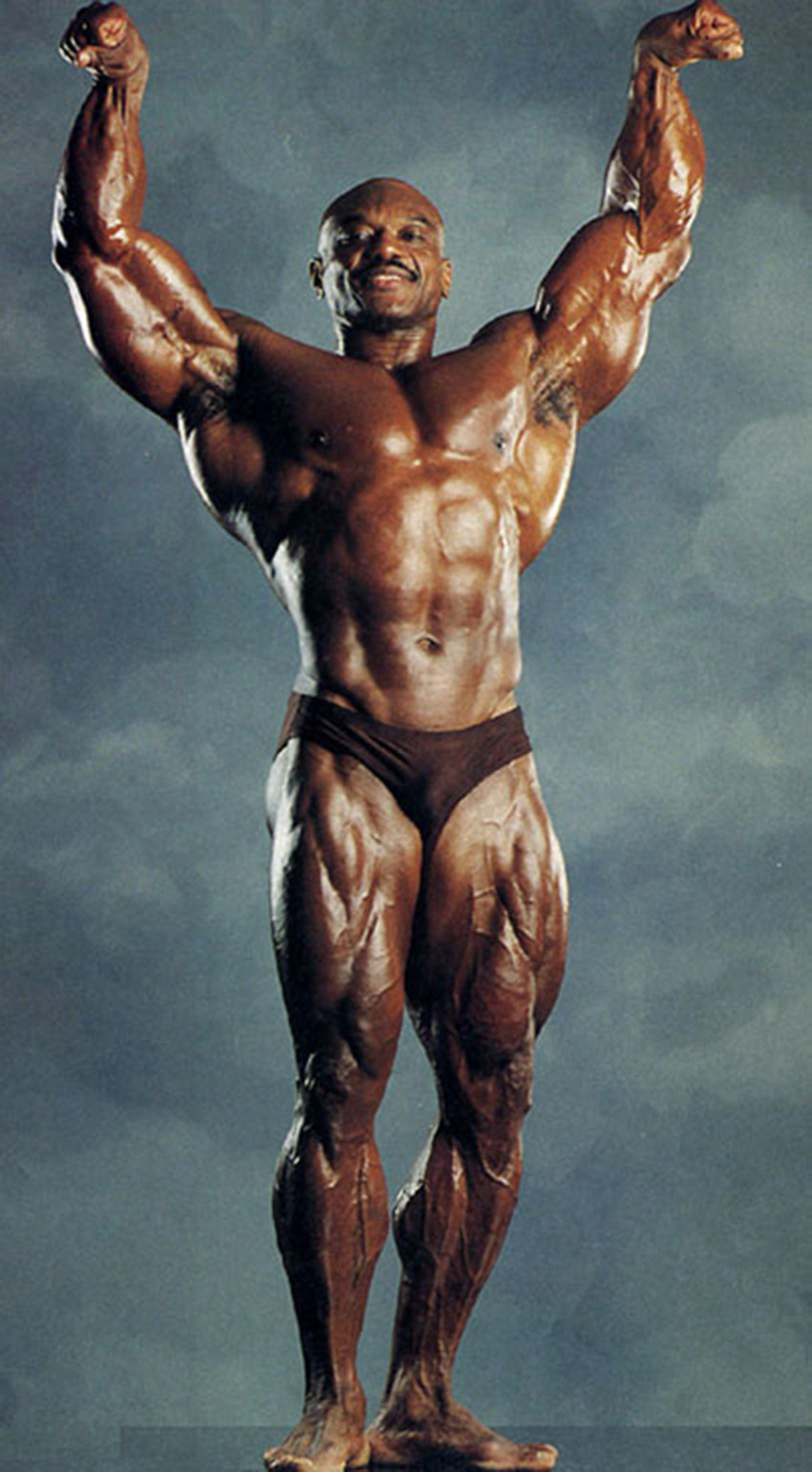 “I don’t know but I did have it. It was like I looked after myself. I don’t smoke, don’t drink or do any of the other stuff. I would just work.”

Sergio’s training partner is the number one contender for his biggest influence.  1966 Mr. America and Mr. Universe. Bob Gajda was the driving force of the Chicago bodybuilding scene and was involved in the same Duncan YMCA gym that Sergio trained at. It’s worth mentioning that Bob actually beat Sergio in the 1966 Mr. America contest, and consequentially stopped competing afterward. Other than Bob Gajda, there is little known about the influences behind Oliva and his move to bodybuilding. 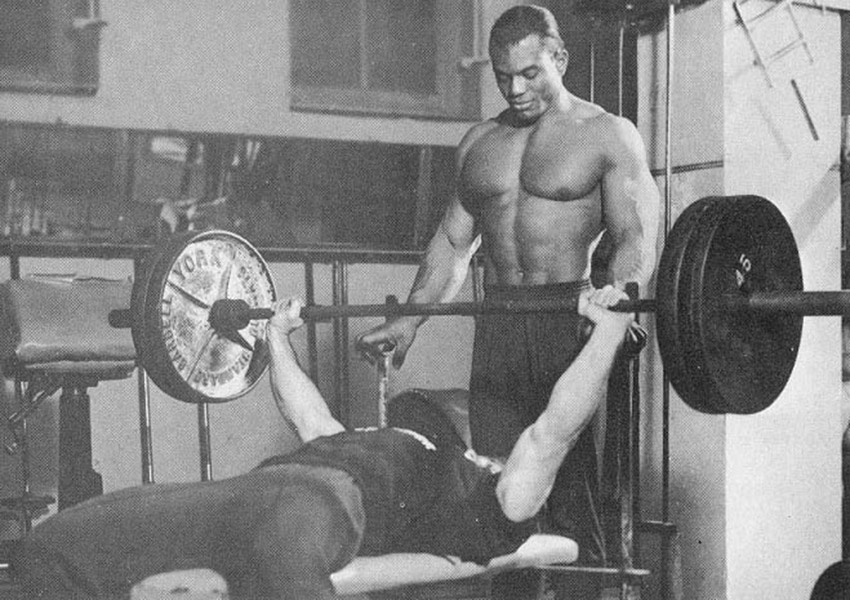 “I love everything about bodybuilding. Bodybuilding is my life.”

What we can learn from Sergio Oliva

Sergio Oliva was one of bodybuilding’s greatest. But, the Cuban refugee was also one of the most humble. Piling on 3 hours of training, following 10 hours of labor intensive work is the prime example of this. As is the many years Sergio served as a cop for the Chicago PD. Most bodybuilders flocked to the warmer climate of the California coast, spending their days sunning it up and attempting to break into glamorous Hollywood careers, but Sergio stayed true to who he was.

[…] names the likes of Sergio Oliva, Frank Zane, Samir Bannout and Ronnie Coleman as some of the names that he aspired to be […]

Sergeo Sir is Legend inBodybuilding..
No body like him…
Give heartly Lot of Salute to great personality in Bodybuilding….

Excellent role model, learn from the G.O.A.T. (Greatest Of All Time)

I knew him at the Duncan Y M C A On Ashland and Monroe. He did his work out there. I was in Judo there. He was amazing. The biggest man I ever stood next to,in my life time. I am now 70 years old.
great person

It was a pleasure being a cadet in the police academy of Chicago police 1973. I became a policeman after graduating the academy as did you. I used your strive and relentless drive help guide me into the man I am today. Your P.T. sessions were hard and grueling. Thanks Sergio,it was a pleasure knowing you! God bless, Lee Besser

The photo with Frank Zane also has Chuck Sipes not Chuck Spice.