Scott Mathison is an American fitness model, functional training specialist, and an entrepreneur.

Scott was first introduced to weightlifting in high school, and once he’d started training, he never looked back. After moving to Venice Beach, California, Scott developed a passion for calisthenics and exercising on bars. He quickly learned how to perform skilled exercises, and became an expert on bar training.

Throughout the years of hard work and dedication, Scott has built an amazing body, and eventually, he became a functional training specialist who promotes bar training and calisthenics. 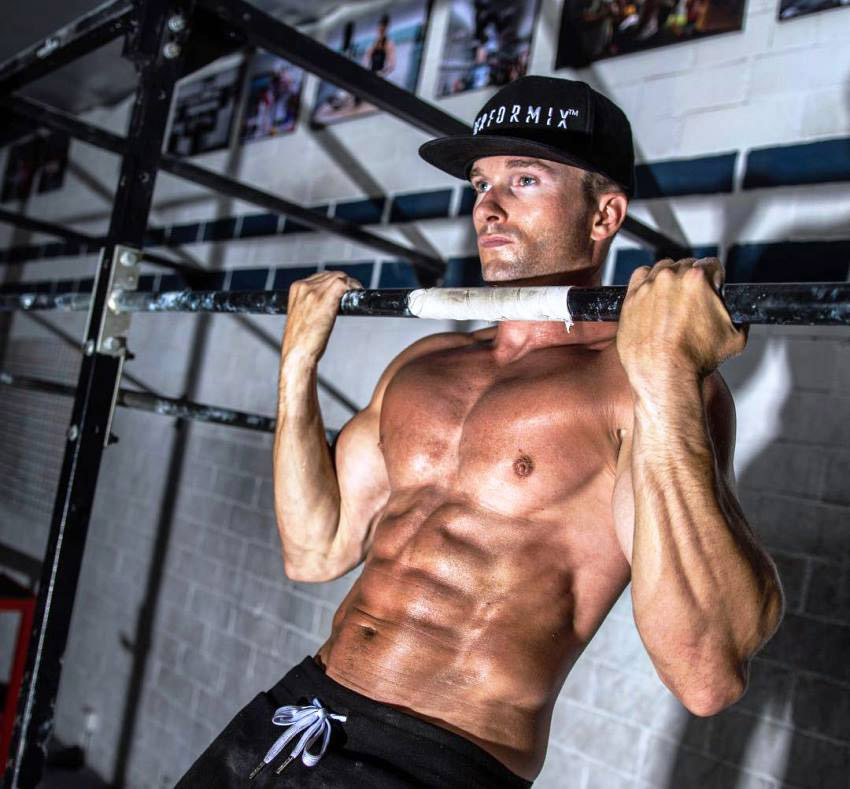 “Weekends are great because they give you more time to be awesome and train.” 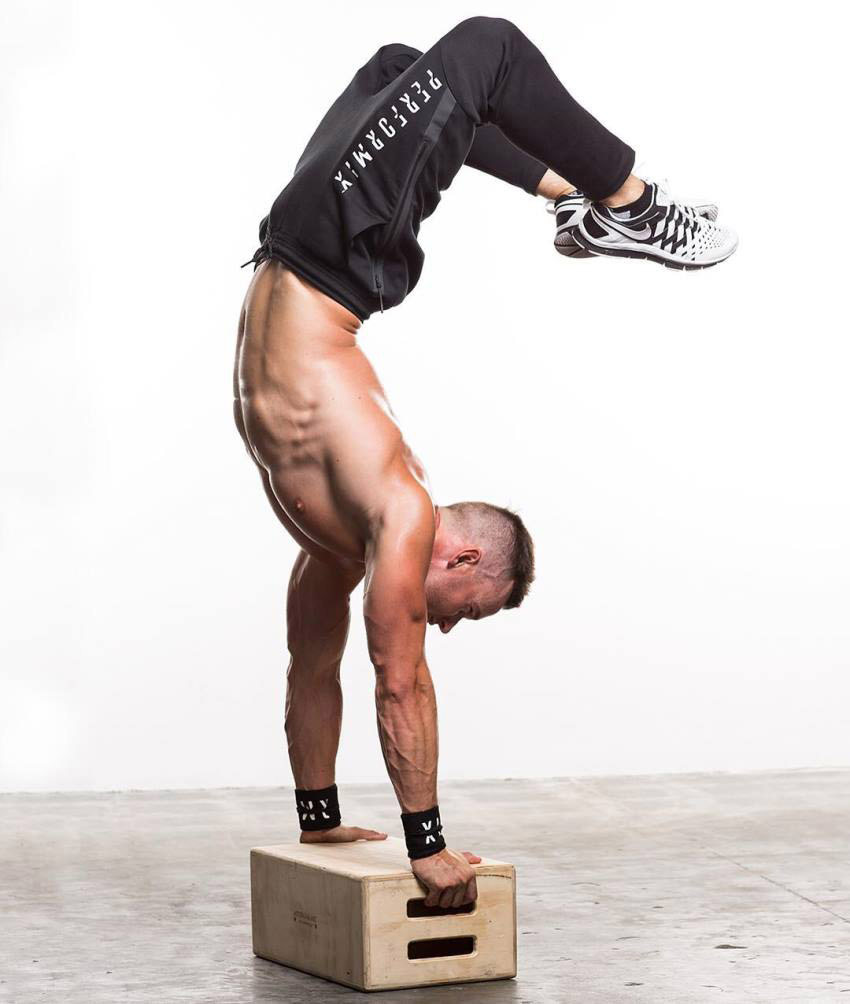 “Stay focused on what’s important to you, make it a priority, and start taking the steps to get it done right now.”

Scott Mathison has managed to grow a large fan base on his social media sites. He’s also grown his own clothing brand and started a personal training business. 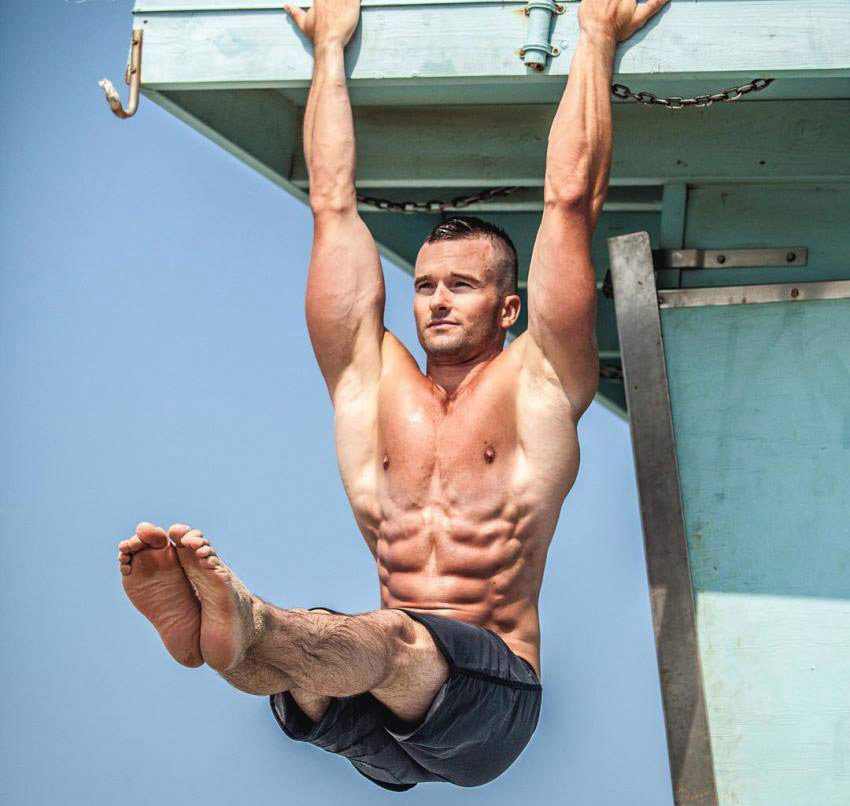 “Sometimes it’s easy to feel like we aren’t where we want to be because we just don’t have time right now. But really ask yourself, “Are you making your goals a priority?” Many times we tell ourselves we want something, but it isn’t until we really do something about it that we actually get it done.

Born in 1984, Scott Mathison was always an active individual. His desire to be great was apparent early on in his life when Scott said he, “would become successful”. It was just a matter of time before he started participating in various competitive sports and other physical activities.

Growing up, Scott became inspired by models he saw in fitness magazines, and he wanted to be like them. He was constantly pushing his physical limits and discovering what he was capable of.

It wasn’t long before Scott joined a gym, and as a 125lbs teenager, he admitted it wasn’t easy at first. He would train for up to 2 hours in the gym, not noticing any changes, but eventually, he realized that in order to build a great body, he also had to have his nutrition on-point.

After several months of educating himself on dieting amd nutrition, Scott implemented everything he learned and soon started noticing progress. The progress he saw in his physique meant he bacame obsessed with the gym. Scott continued training with more determination to see how far he could push his body. 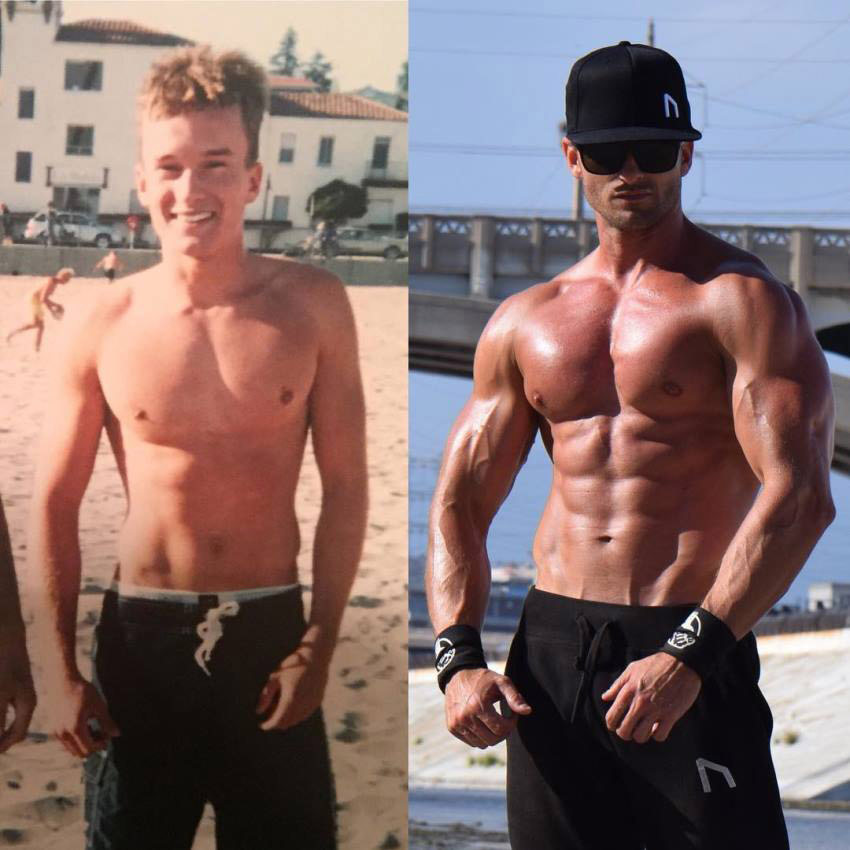 Scott continued training in the gym for several years, making great progress, but it wasn’t until he moved to Santa Monica, Los Angeles, that he discovered his true passion.

The first day he arrived in LA, Scott saw a few men performing various moves on bars he never seen before. That was a turning point in Scott’s career, as the men he saw performed awesome tricks, which sparked an interest in Scott immediatley. He started practicing various skills on the bar himself, hoping to emulate his idols.

It didn’t take Scott long to become skilled on the bar, and he quickly became recognition for his physial abilities. After taking up bar training and calistenics, his body started to take shape. Scott was soon performing advanced moves. It was at this point he started filming himself for his social media channel.

Scott quickly started earning recognition around the world as an incredible calistenics athlete. As the years passed, he slowley gaining followers who were motivated by his impressive physique and the skilles he presented on the bar. 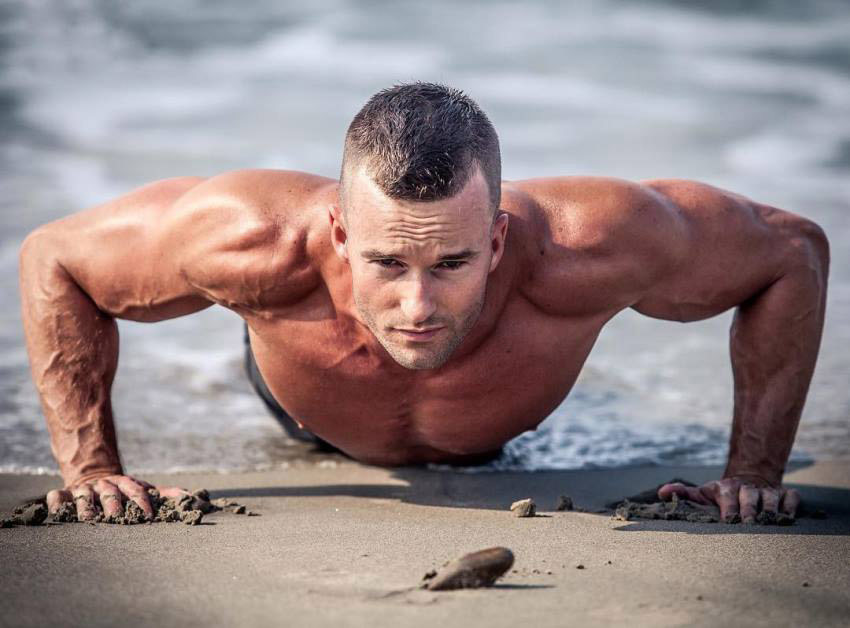 According to Scott, he likes to switch his workouts every month. One month, he’ll do a lot of bodyweight exercises for functionality, and other months, he may use weight training in order to build strength, and a solid muscle foundation.

Scott is a believer in raw strength, but also a functionality and flexibility of the body. This is his workout for developing a great, functional back; 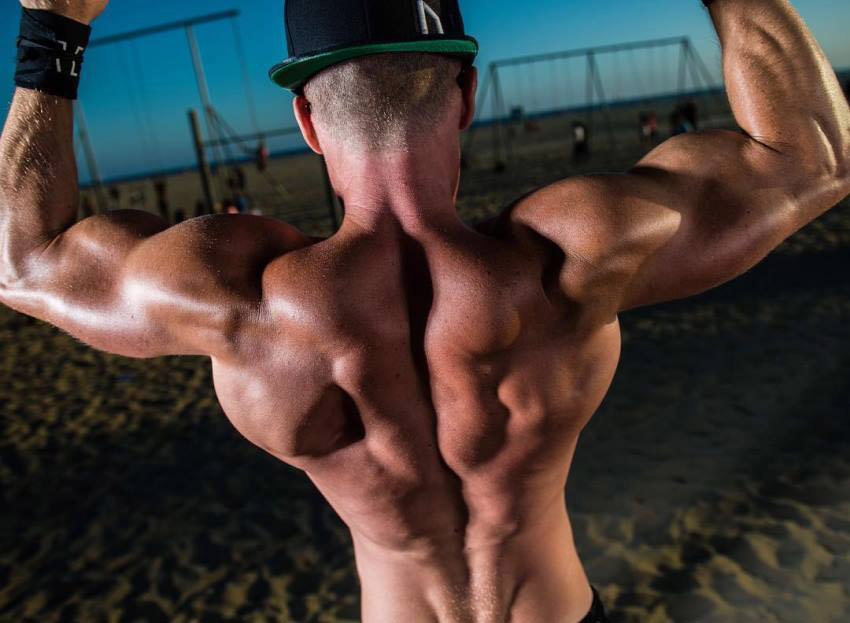 “Stay driven with your goals and you will achieve them.”

Scott has a very fast metabolism, and according to him, he can eat almost anything he wants. However, Scott still likes to keep his diet clean and full of lean proteins, which he believes are better than anything else in promoting lean muscle growth, as well as helping him to burn excess fat.

Some of his favorite foods are chicken, brown rice, bologneze, various salads, and peanut butter. 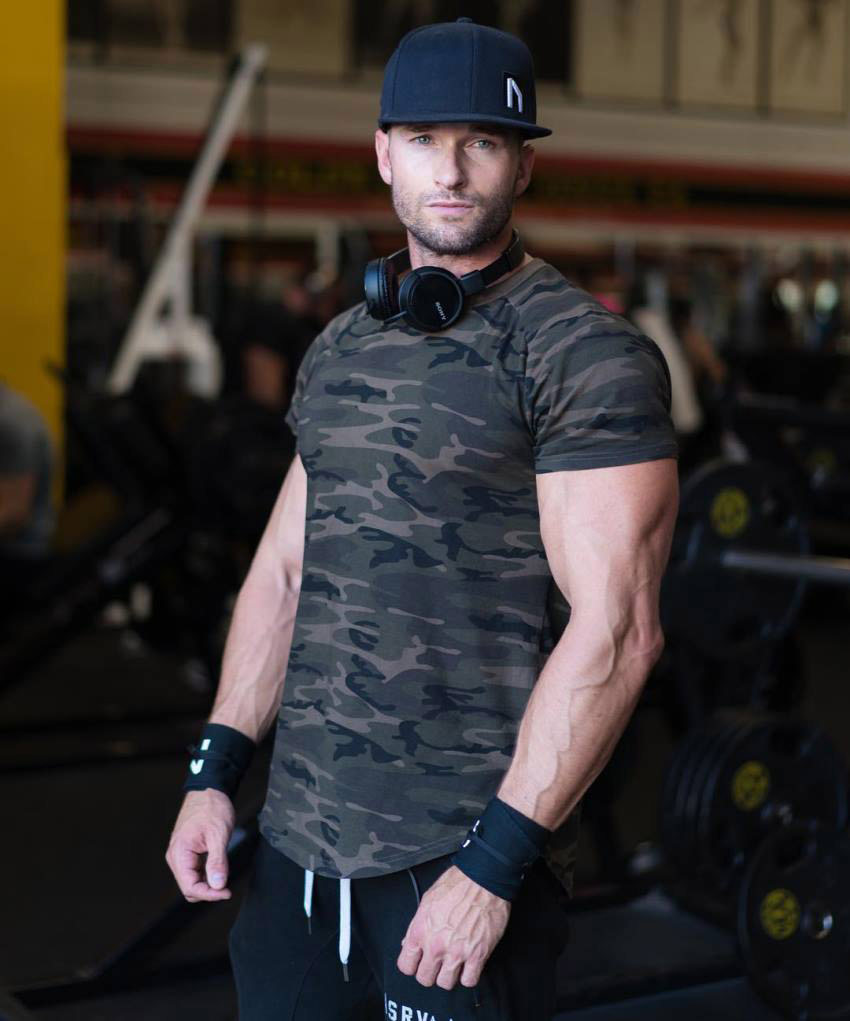 What we can learn from Scott Mathison

Scott is a great role model for anyone who wants to build a great body and lifestyle. When asked what his approach on exercising was, and how it relates to his philosophy on life, Scott answered;

“Fitness like anything else in life, is a choice. I chose to start working out on my first day of college back in 2002 and I’ve never taken more than 3 days off from training since. I was 125 lbs. back then, and I decided I wanted to be bigger and stronger. I went to the gym almost every day, lifting the heaviest weights possible and eating as much protein as possible to force muscle gains. It was a lot of work but finally my body started to grow. After 9 months my body had totally changed” – Scott Mathison

With the same determination and patience, and by practicing consistency, you too can make your goals into a reality, just like Scott.

One of the greatest guys and role models ever right here.

Scott Mathison and Mike Vazequez ❤
They are ?????

scott i wanna know your measurement i.e. height,chest,waist and biceps

For all the uneducated people. “ no use unless you are on the juice” hgh can make any average person Scott. C’mon man!

Scott is a great example of what hard work and determination looks like. It was especially evident at Santa Cruz where i witnessed his team win the Intramural Championship in Football. He was like a truck.