Sangram Chougule is an Indian professional bodybuilder from Chinchwad in Pune. He’s a household name throughout the country, due to his Mr India, Mr Pune, Mr Maharashtra, and Mr Universe competition wins.

While Sangram has received critical acclaim for his successes, it wasn’t an easy road to the top. As he lived in a poor neighborhood growing up, it was a struggle for his parents to pay sporting club fees. As a result, he only played sport when he was at school, but was always inspired by the idea of being fit and looking good.

This interest in fitness, became a big part of his life when he attended art college as a teenager. He spent time in his college gym, attending amateur competitions and developing his physique. As his confidence grew, he began a professional career and won several major Indian competitions.

These wins spurred him on to take his place on the world stage. He managed to land a 1st place spot at Mr Universe in 2012, telling his fans he was extremely proud of his achievement. His win has allowed him to build several gyms in India to help the next generation achieve their goals. This is his story: 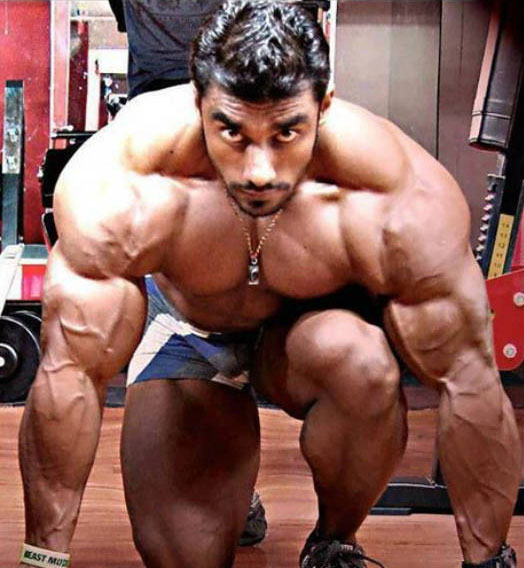 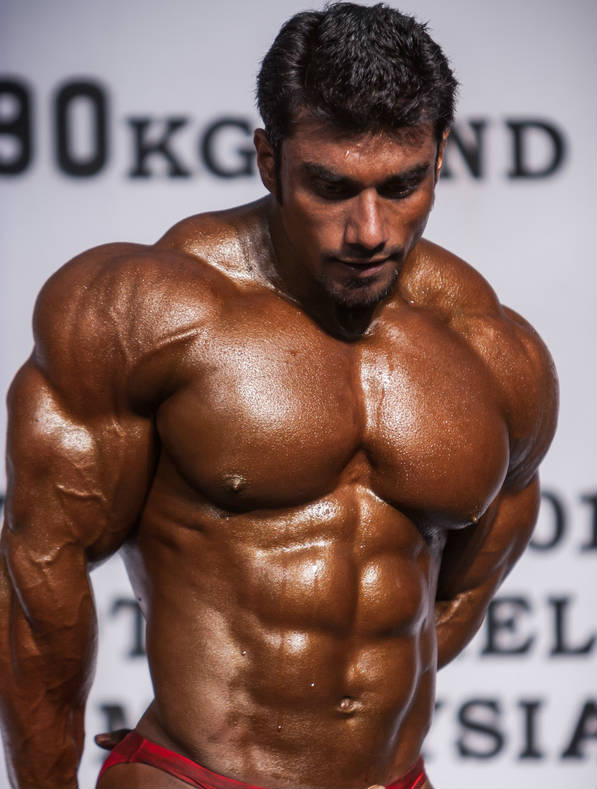 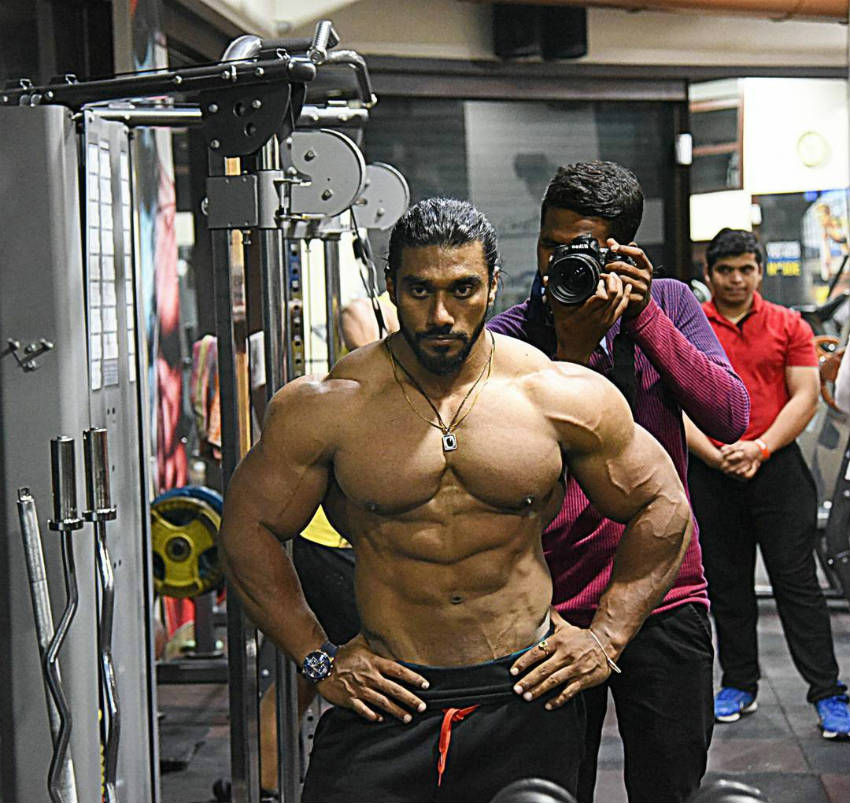 Sangram didn’t have an ideal start in life. He grew up in a poor Indian neighborhood in Pune and lived with his parents, two brothers and a sister. Because there were 6 mouths to feed, his parents had no extra money to pay for him to join sports clubs.

Even though he couldn’t join local clubs, Sangram was always an extremely active child. He played cricket and football as much as he could throughout school – showing his strength and passion during physical education classes.

After completing school, he studied for a ‘Diploma in Electrical Engineering’ at a local college. While he learned a lot on the course, he decided he would follow a more artistic route – signing up to study at an art college in his home district.

While at art college, he transferred his creative vision to his body, beginning to sculpt his muscles in the modest college gym. Luckily for him, the college also had a bodybuilding club in place, so he signed up as quickly as he could – hoping to be able to compete in physique competitions.

When his professors and friends saw the rapid progress he was making, they pushed him to work harder. It was at this point that Sangram began to take his diet and training seriously, posing in amateur inter-college tournaments. 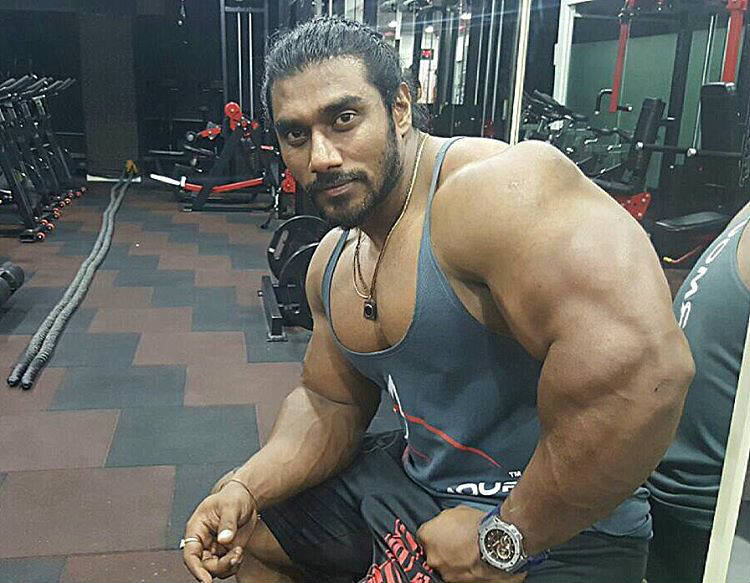 Following his college graduation, Sangram knew that the only career for him was bodybuilding. He worked as hard as he possibly could, training for years to build a well-proportioned aesthetic physique worthy of the world stage. Only then did he decide to go pro.

In 2006, he attended a professional show in his local district and won, receiving the title “The Great Marathi Shree” (The Great Mr Maharashtra) from the judges. Following this victory, he went on to win Mr Pune in 2008 – showing his region what he had to offer.

Sangram had always intended to be an international competitor, and while he received critical acclaim across India, he wanted the whole world to know who he was. He decided to step it up a notch by qualifying for, and taking part in, the Mr Universe competition in Bangkok (2012.)

In the show he posed with confidence alongside competitors from Uzbekistan, Mongolia, Thailand and India, seeing the crowd go wild when he won the entire event. With this victory he claimed his place as, not just an Indian champion, but a world champion.

Starting His Own Business

When he returned to India following this victory, he was a household name in his district, and a well-known face across the country. The confidence this gave him, inspired him to build a gym in his local area. After several years of hard work, he developed this gym into a popular chain in his region. 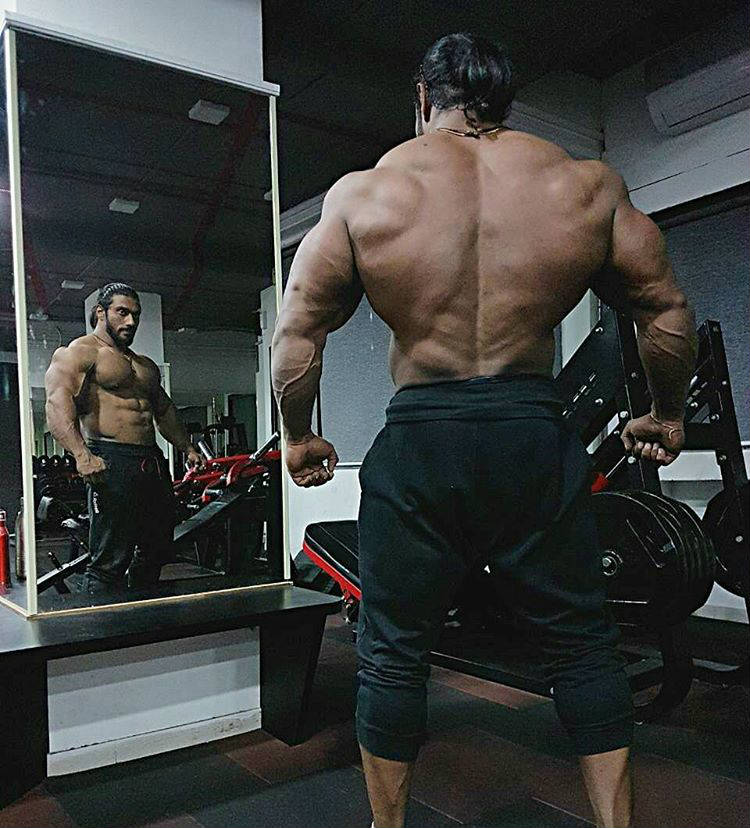 When he’s bulking, Sangram trains for three hours a day. He only completes weightlifting sessions during this time, as he wants to gain as much size as possible in preparation for the cutting months.

When the competition season is on, he works out for about 4–5 hours a day. During this period, his workouts include a lot more cardio, repetitions, and he rests less in-between his sets. He also re-introduces cardio when cutting, and completes short runs, as well as yoga to burn away his fat and to help with flexibility. 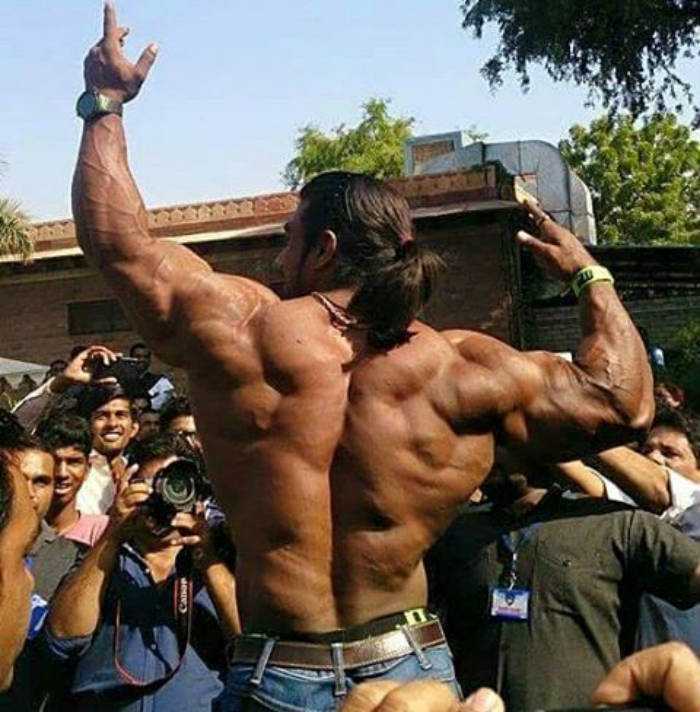 As Sangram trains hard, he keeps his diet as clean as possible to fuel his workouts. His daily meal plan is focused around 5-6 medium sized meals, containing different sources of protein, carbohydrates and fat to meet his macro-nutrient needs.

He usually eats around 2 pounds of fish, a pound of chicken, lots of milk and boiled vegetables. He focuses specifically on following a low carb and high protein plan; this is one example of his daily plan: 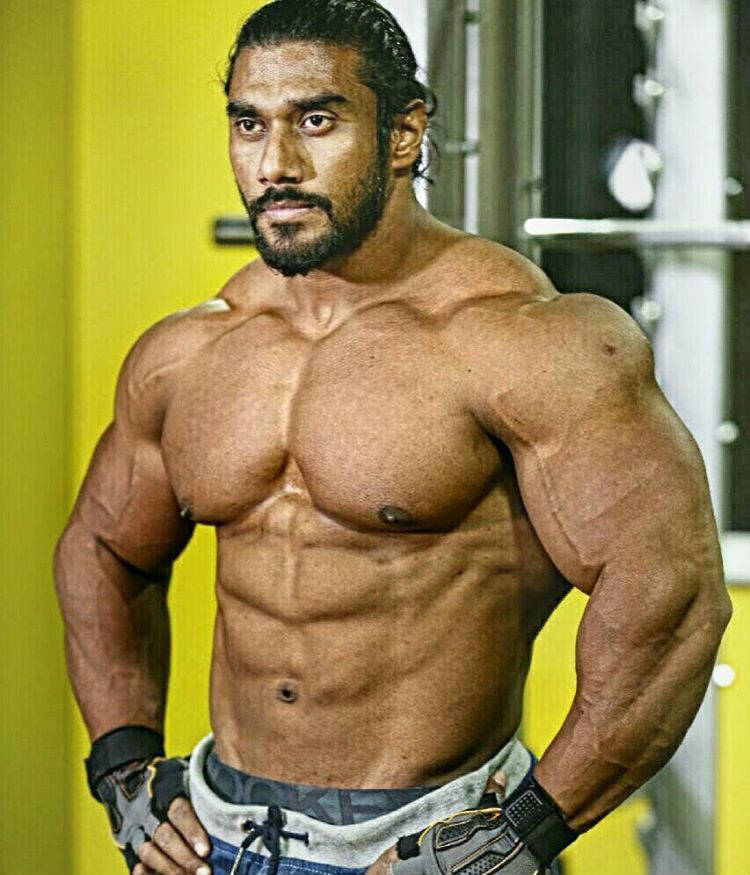 What we can learn from Sangram Chougule

Sangram Chougule was pushed toward his success by helpful friends and teachers. These people believed fully in his potential.

After securing his place among India’s top bodybuilders, he went on to compete in the world renowned Mr Universe – winning 1st place. This is where Sangram proved to the world his desire to win, along with his dedication to the sport.

However, Sangram didn’t stop there. After he won some of the most recognized bodybuilding titles in the world, he opened his own chain of gyms – proving once again his passion for bodybuilding was very much alive.

In your fitness journey, it may be useful to take advice from the people that know you best. They could help you a lot in your journey to the top. just like Sangram did.

Very inspiring story of bodybuilder. We can understand the meaning of mard (male) from his bodyshow.

Just FYI, Sangram is at LEAST 200lbs – when he was standing next to Ulisses Jr.,he was maybe 2 inches shorter, but at least 15lbs more muscular.

Yes he is a very good bodybuilder
God bless him forever