Ryan Spiteri is an Australian WBFF Pro Muscle Model and an online personal trainer, renowned for his expertise in the field of fat loss and gaining muscle.

Ryan’s first contact with weights was at 16 years old. At 59 kilograms, he started training in hopes of becoming stronger and gaining more muscle mass. However, it wasn’t until he met his coach Mike when Ryan began noticing real results – in just one month, he was able to pack one kilogram of lean mass.

After several months of serious training, Ryan caught “the lifting bug”, and decided to dedicate his future to the sport. Over time, his knowledge on nutrition and training grew exponentially, and so did his physique. He became an online personal trainer and a fitness competitor, winning the titles such as WBFF Pro Muscle Model and the Sydney Fitness Expo INBA Fitness Model.

However, Ryan’s path towards success wasn’t always smooth and easy. He was involved in a serious accident while riding his motorcycle, which landed him in a hospital with a smashed ankle. He was unable to train his legs for over six months, and he lost four kilograms of his hard-gained muscle. 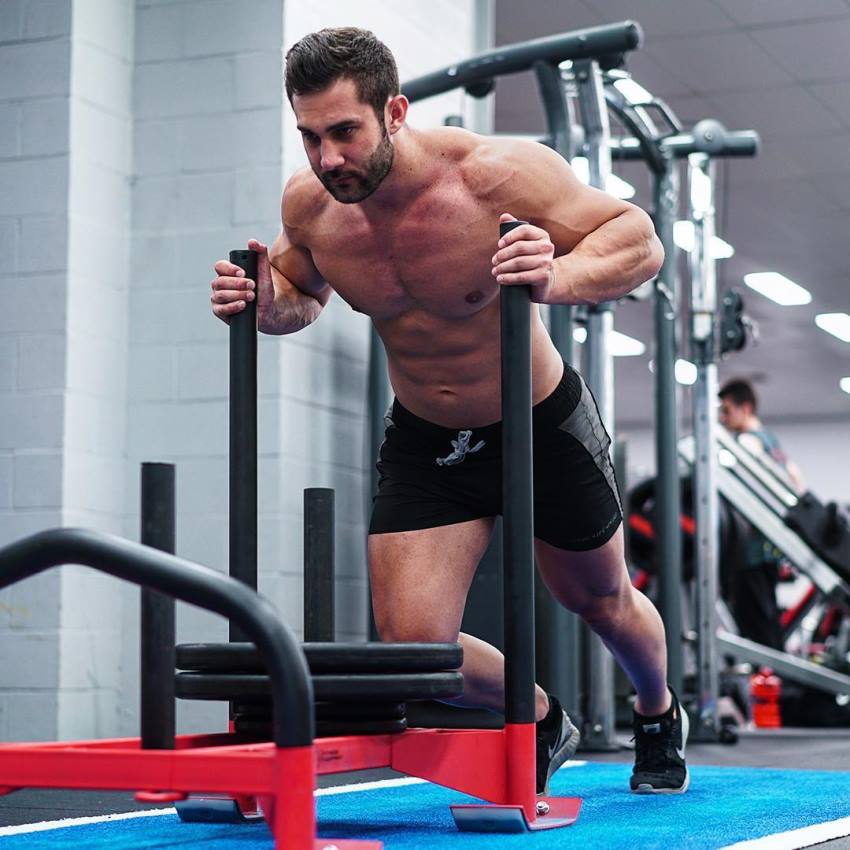 “I always talk about the importance of recovery. Recovery is essential for results, your body needs time to repair and grow in order to transform.” 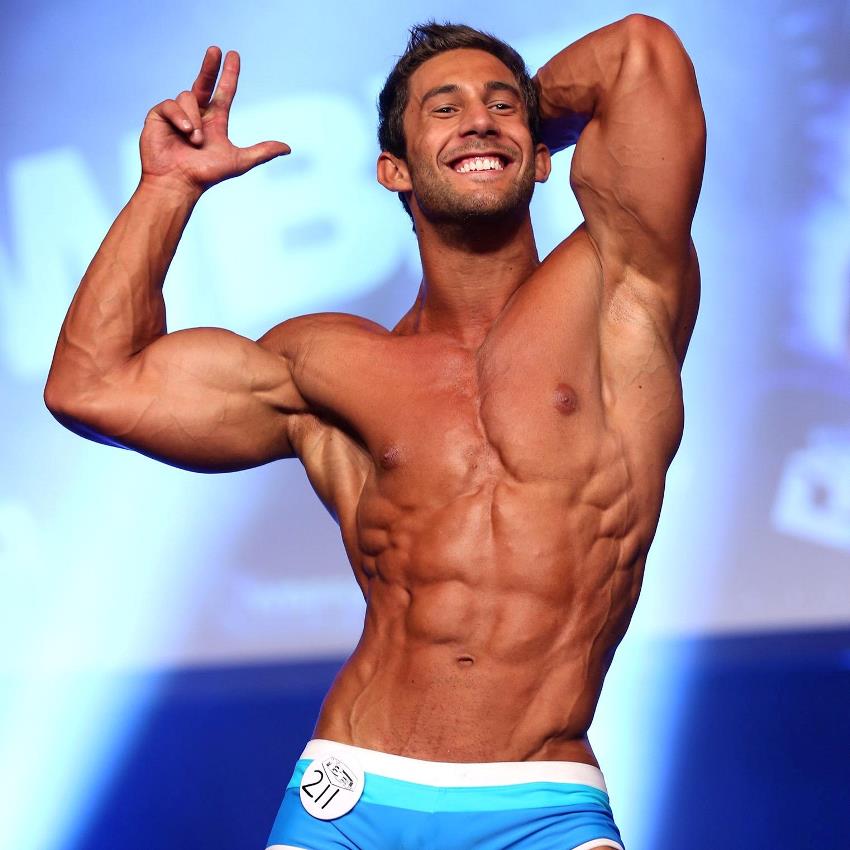 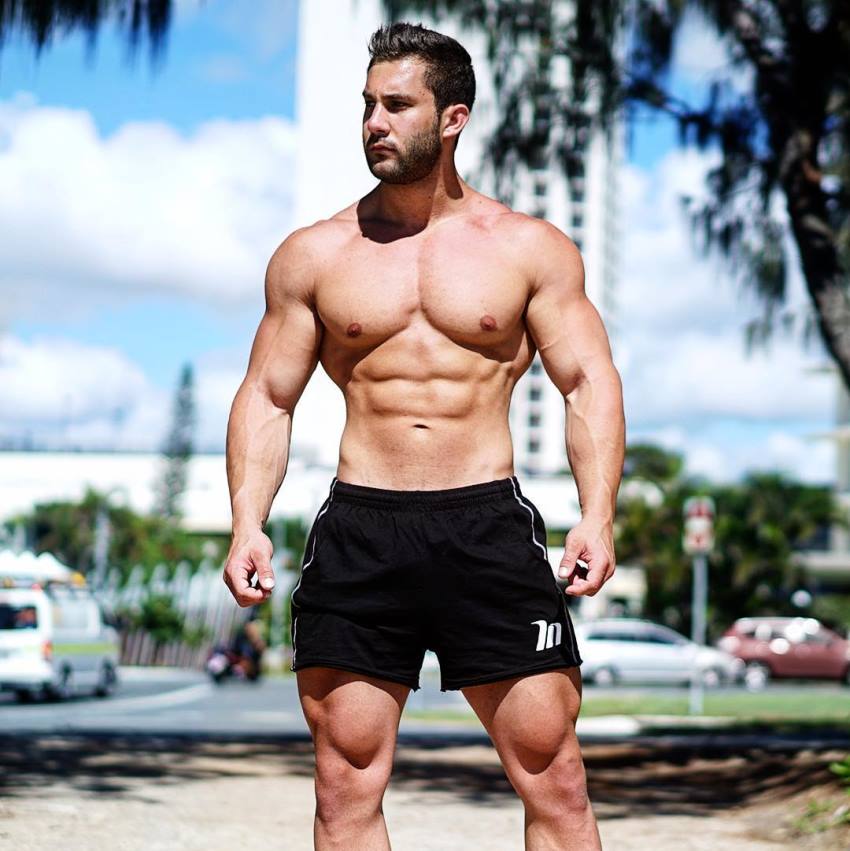 Born and raised in Sydney, Australia, Ryan Spiteri took a keen interest in sports since he was a young boy. At the age of 5, he got his first motorbike, and later became interested in snowboarding, BMX riding, and water skiing.

His fitness journey started at the age of 15 – Ryan went on a quest of adding muscle mass to his skinny frame. However, he had little knowledge on how to train properly. In the beginning, he would do push-ups and sit-ups in his bedroom, several times a week.

One year later, he got himself a first pair of dumbbells, some weights, and a barbell. Still unaware about how to lift weights correctly, he started experimenting with different variations of exercises – his progress was slow, but noticeable.

By the time he was 17, Ryan already knew what he wanted to do in his life, and decided to quit school at the end of year 11. He then enrolled in a Draftsman course, and started working part-time as a McDonald’s employee.

After outgrowing his light weights at home, Ryan bought himself his first gym membership, so he could train with heavier weights and better equipment.

He said; “From the first training session, I caught the lifting bug and was eager to get bigger. I started at skinny 59kgs; being an ectomorph I was always light and slim.”

He soon met his coach and later-to-be friend, Mike, who started him on a training and meal plan. The regimen worked amazingly for Ryan – he gained four kilograms in just one month. 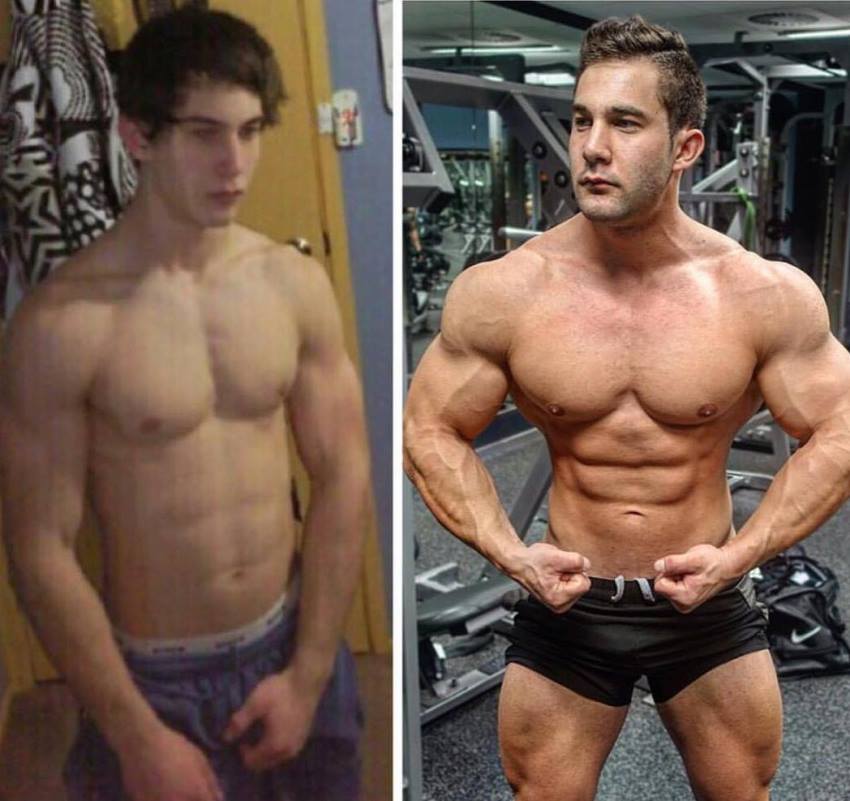 On August 27th, 2011, Ryan got into a motorcycle accident, which saw him shatter his ankle and end up in a hospital. He spent one month in a wheelchair, and over two months on crutches.

Unsurprisingly, he lost over four kilograms of his muscle mass, and couldn’t train legs for the next six months. However, Ryan was determined that he would come back stronger than ever and learn from the misfortune.

Back to the Old Ways

After recovering from the injury, Ryan started “hitting” his legs in the gym twice a week. In a short amount of time, he was able to bring them back to where they used to be.

Over the following few years, Ryan made the most out of his gym membership and trained extremely hard. In 2012, he met one of his idols, Steve Cook at the fitness Expo. Steve shared some of his ideas and mindset when it comes to fitness, which motivated Ryan to start competing as a fitness athlete. 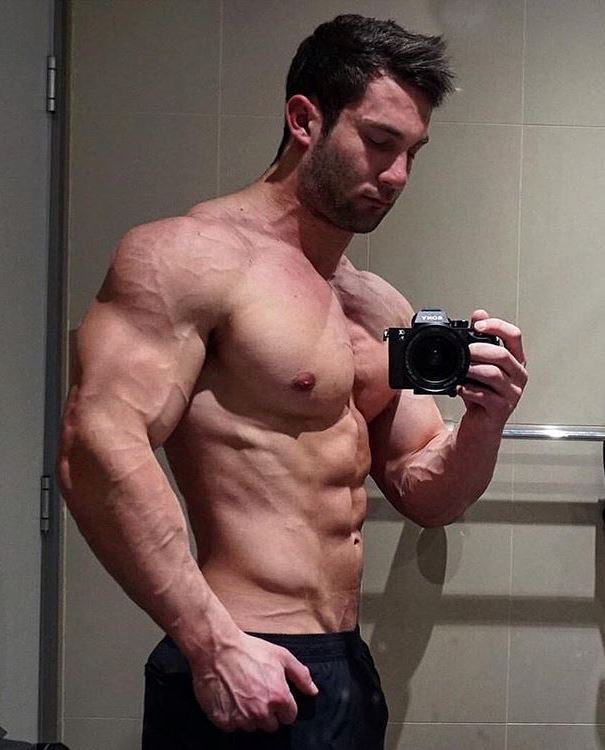 Hoping to emulate Steve’s status within the bodybuilding community one day, Ryan began preparations for his first ever show. However, competing on a bodybuilding stage meant giving up on many other things in life, as Ryan said; “I had to sacrifice certain things, like going to parties and drinking. But I knew what direction I was heading so it didn’t bother me to give up them things.”

In 2013, Ryan competed for the first time, at the Sydney Fitness Expo INBA Fitness Model, in the Men’s Physique division. He stepped on the stage, and took home an impressive 2nd place. He said; “Not bad for a first show”. Later that day, Ryan met with Steve Cook, who signed his trophy.

Rise to the Top

By the end of 2013, Ryan already made a name for himself in Australia. He became sponsored by two different companies, which helped him spread his name beyond the borders of ‘the land Down Under’. He soon opened his online training and fat-loss programs, and even started his own fitness and lifestyle company.

Ryan’s quest towards greatness continues, as he says; “My mission is to help as many people as I can to transform their physique through the means of a healthy eating and regular exercise plan so they can live an active lifestyle.” 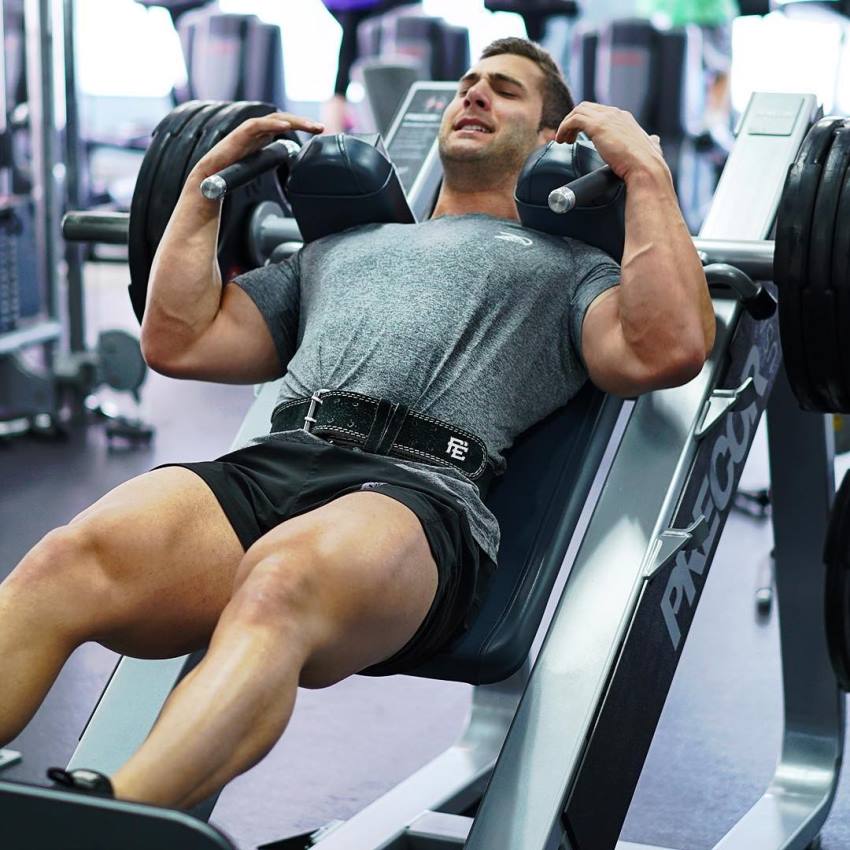 “I always get asked if BCAA’s should be taken pre, during or post workout. I usually fill my bottle or shaker up and start sipping on them during training and a bit after training as well but you can use them before as well.”

This is the workout Ryan incorporates whenever he wants to add mass to his deltoids;

Notes: Ryan advises increasing either weight or reps each week with this workout. He also mentioned that eating in calorie surplus is crucial in order to grow and get stronger.

One of Ryan’s favorite exercises for building a fully developed chest is the incline dumbbell press.

Here are some of his tips for adding size, and strength to the pectoralis; 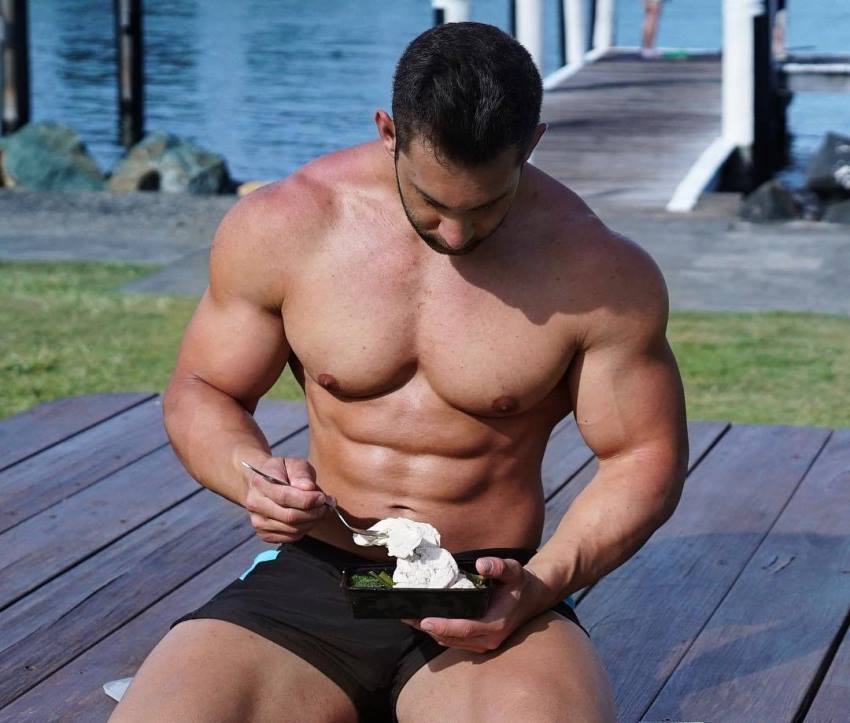 The Importance of Hydration

Ryan said the most important nutrient for the body is water. According to him, many bodybuilders ignore this fact, and don’t drink enough of this vital substance.

When it comes to building muscle, Ryan says drinking water pre, intra, and post-workout is extremely important. He added that by being hydrated, he prevents muscle cramps and allows better muscle contractions during the workout.

He also makes sure to keep hydrating after his workouts, which helps his body temperature go back to normal, and also helps with muscle recovery.

1) Plan, cook and pack your meals in advance – Hence the term Meal Prep

“By having your meals prepared and packed in advance ensures that you won’t be tempted to sway off track. I find that by setting aside a day or time to prepare your meals, either for the week ahead or for a few days will ensure that you won’t be pressed for time to make food during your busy schedule.”

“After your meals are all prepped and ready for the week you now need something to put each meal into. However, there are a couple of important factors that you need to take into consideration, such as the following.”

“Now that your meals are all cooked, carefully planned and stored in the appropriate containers, its’ time to now freeze your food that you don’t plan to eat in the next few days. Then you just defrost your meals as you need them.” 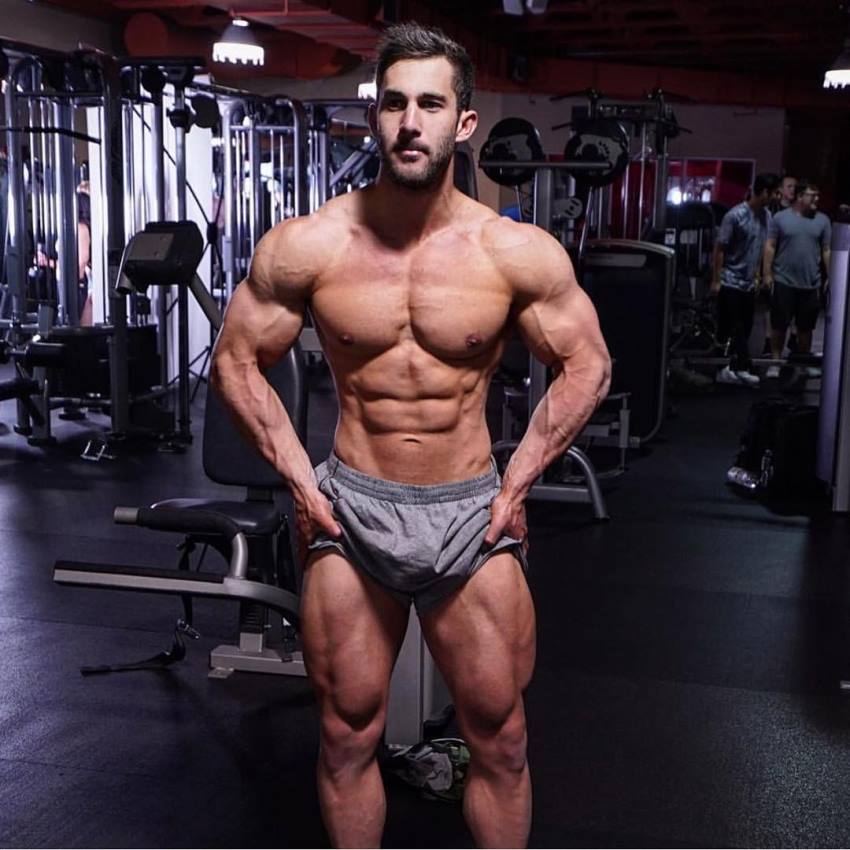 Ryan’s early bodybuilding influence was his trainer Mike, who later became his good friend. Ryan says that a lot of his knowledge about nutrition and training comes from Mike.

Steve Cook’s mindsets about fitness and his dedication to the sport motivated Ryan to start competing in Men’s Physique shows. The Australian also mentioned that he always tried to emulate Steve’s accomplishments in the industry. 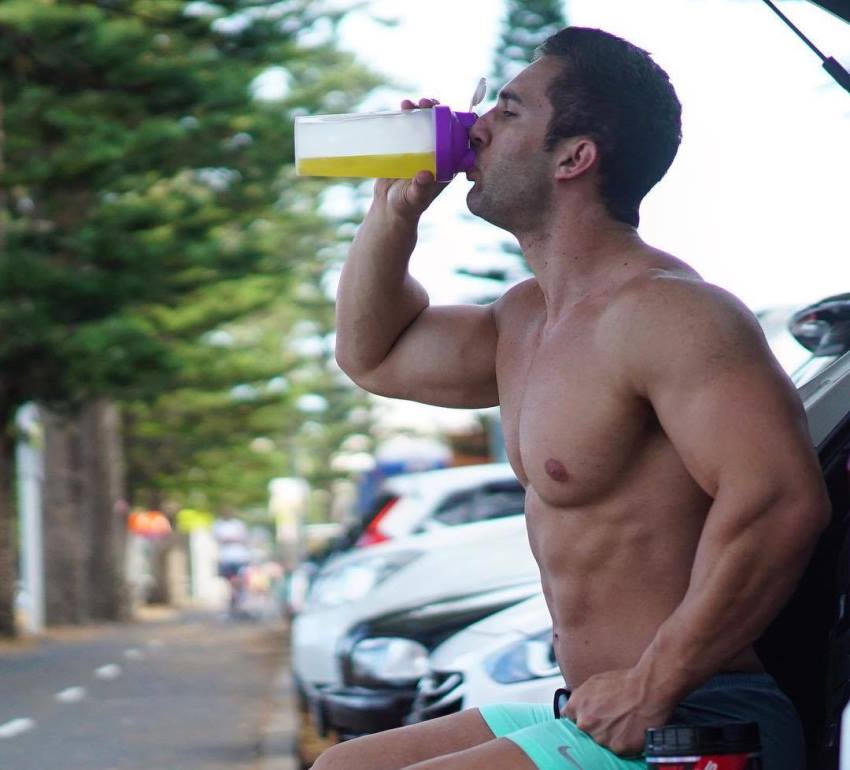 What we can learn from Ryan Spiteri

Ryan Spiteri has a glittering career behind him. However, he had to work hard to achieve the level of success he now enjoys.

He started his fitness journey strong and with a goal in his mind, and continued with even more determination after suffering a terrible injury to his ankle.

His attitude and perseverance in such difficult circumstances defined his future – a successful one. If anything, Ryan showed us that having such virtues is crucial if you want to succeed inside and outside of the bodybuilding world.

You are truly an inspiration!

Can you tell me what brand bathing suits you wear?

Hi Ryan may I use some of your videos for my you tube channal please
Because I am a beginner video creator in you tube so that I am asking some your videos.What do you say???