Quincy Taylor is an IFBB professional bodybuilder from Las Vegas, U.S.A. He exploded onto the pro bodybuilding scene in 2001, after he claimed a first place trophy at the NPC USA championships.

While Quincy grew up in a poor and violent area, he says he was generally looked after well as a child and took part in various sports such as Jujitsu and track and field. He discovered bodybuilding as a child through lifting a ‘home-made‘ cement dumbbell.

By 16, Quincy says he was leg pressing 1000 pounds, and had gained the respect of his peers. After attending college for track, he saw a professional bodybuilder posing at a contest – this spurred him on to compete.

Fast forward to today, and Quincy has become a professional bodybuilder in the heavyweight category. His first place win in 2001 gave him his pro card, allowing him to become a household name internationally. This is his story: 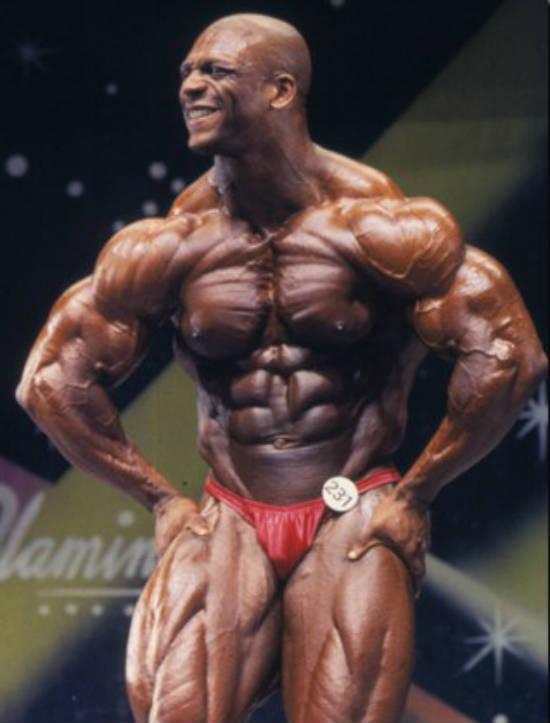 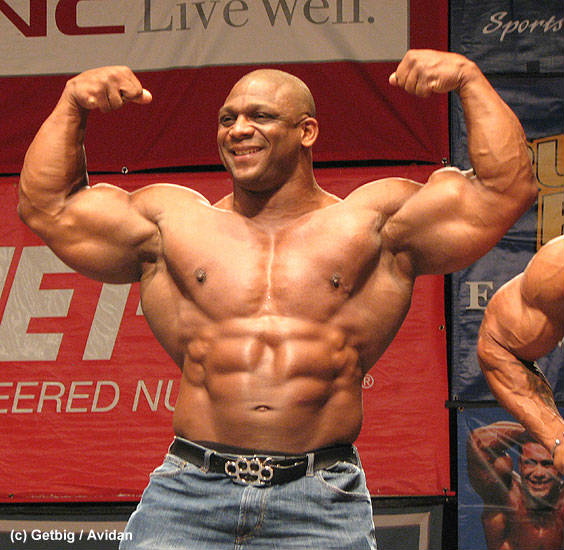 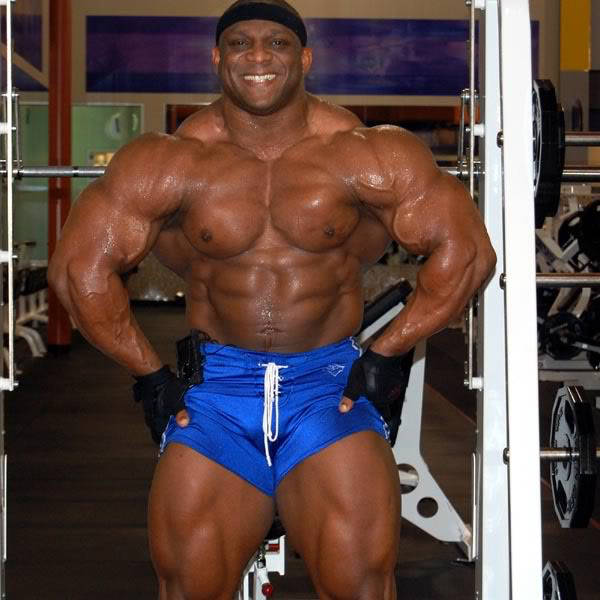 Quincy says that his childhood was “pretty good.” He grew up in a projects in Las Vegas – seeing people“shot and killed” on a number of occasions. Even throughout these difficult times, he says he had a good set of friends, and a loving family which made life easier.

He attended a high school in the city called Rancho, and claims that a lot of his classmates were gang-affiliated. He chose to follow the opposite path throughout his teenage years – initially dreaming of becoming a Police Marshall which shocked his peers.

In high school, Quincy was an athlete and an “All American” Football player. Playing in the middle linebacker, offense and defense positions. He also wrestled, ran track, and learned jujitsu and judo with school clubs.

He loved the strength training side of football training so much, that he acquired some cheap “brown cement dumbbells.” He says that one day his mother “made him mad,” and he started working out – becoming addicted to the feeling of releasing anger.

“I never stopped unless I was sick, hurt or really injured. I loved training. I love the respect that people gave me when I was training.”

Quincy says that he was benching 425 pounds at the age of 16. He was also leg pressing an impressive 1,000 pounds, which gained him the respect of his peers, as well as the sports coaches at his school.

Around this time, he also began taking Judo and Jujitsu seriously. He won a major Jujitsu tournament at his school, and the prize for the winner was a trip to Japan.

Moving To Japan For A Year

Luckily for Quincy, he really wanted an opportunity to get out of Las Vegas. He says that he took them up on their offer to travel to Japan instantly, and spent a year in the country “sleeping in the back of a Dojo.”

He also worked in a US Marine ‘jarhead’ bar and, because he was so big, worked as a bouncer. No one actually realized he was 16 when he was throwing out men three times his age.

“Every night at the bar, there were fights. They liked me because I was big.” 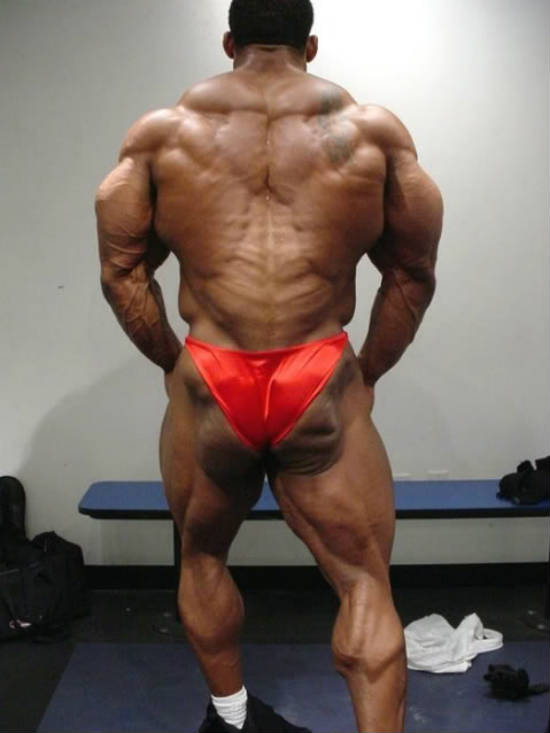 After a year in Japan learning new fighting techniques, Quincy came back to Las Vegas because reportedly, his mother missed him. He stayed in Las Vegas for 4 weeks, but then went to college through a scholarship to develop his track and field skills.

He ended up at California State University aged 21 and, around this time, saw his first professional bodybuilding show. He met Lonnie Teper, who was a famous reporter from Ironman magazine, and while the show was happening, Lonnie told Quincy that he had what it took to go Pro.

“You’re a natural, he said, you should go for it.”

As Lonnie’s words sank in, he saw his favorite bodybuilder Shawn Ray posing on stage. When remembering the event, he says “Shawn blew my mind, he freaked me out… I had never seen someone like that before.”

After this, Quincy was completely hooked to bodybuilding.

Lonnie didn’t stop at encouragement alone. He actually invited Quincy down to his annual bodybuilding show to take part. While it wasn’t a big show, Quincy won easily, and it “gave him the taste of victory” that he needed.

He says that after the show, he was confident of his own abilities going forward, but “had no back, no quads, and no legs.” He entered a few small shows and “didn’t fair too well,” so he went back to the drawing board to train harder.

After a year of training extremely hard to improve his aesthetic proportions, he won the 1997  ‘California Tournament of Champions.’

He won the heavyweight category, as well as the Overall, and says that it “came just at the right time.” He believes that if he hadn’t have won the show, he would have quit bodybuilding altogether. As he had three children to feed,  and was living on his own in a one bedroom apartment.

In 1998 Quincy decided to build on this success. He competed at the NPC California State Championships, and placed second in the heavyweight division – losing to Rich Piana. He was very happy with this result, but shortly after this, he suffered from a serious setback when he placed 8th at a professional NPC competition.

“I felt like crap. I felt like the judges did not give me a chance in that show.”

Even though Quincy was feeling annoyed with this result, he pushed on regardless – competing in the 1999 North American Bodybuilding Show. He managed to place 3rd in the Heavyweight division, which made him feel a lot better about his physique.

He says it made him realize he had what it took to win a Pro Tournament. He loved the crowd cheering for him in particular, as he believed they saw the potential he had.

In 2001, Quincy decided that if he was going to make it big, he would have to find a trainer with knowledge of professional tournaments. He was acting in commercials at the time, so he could afford to pay the trainer, and get his nutrition and supplements right.

After bulking and cutting for the competition in record time, he says that for the “crucial two weeks before the USA’s,” his coach told him exactly what to do. With this excellent support, he managed to win the tournament outright and came 1st in the super heavyweight category.

In reflection on this victory, Quincy says that “there is no way to really describe the feeling I got, as for 10 years I had been trying to work for, to push for that moment.”

Following this career-making victory, Quincy began to look for sponsorship to allow him to create a career.

He says that it proved very hard to do so, as the athlete “needs to be marketable.” Afer a lot of networking and hard work, Quincy managed to find a solid sponsorship deal, which allowed him to carry on his bodybuilding lifestyle. 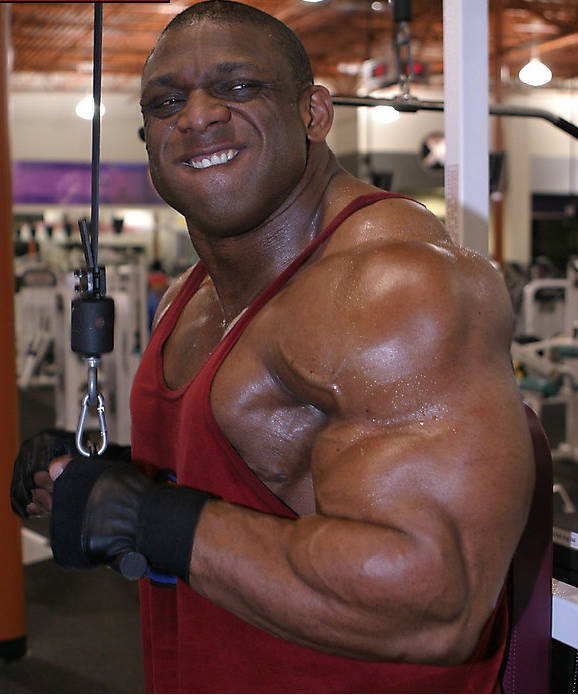 When it comes to training at a professional level, Quincy does not sugar-coat the truth. He says that anyone looking to reach the professional level should be prepared for a “long road” of hard work. This advice he was given was “go heavy”, but he says that sometimes this can lead to injuries that make lifting unbearable.

He also says that you need a “high tolerance for pain, and a thick skin.” Quincy believes a young bodybuilder should be happy with their own progress in the sport, rather than worrying about the achievements of others.

Building on this, he advises the aspiring champion to be humble. He says they should do their talking “on stage,” and always talk to the judges after to see what advice they have to offer.

Before a competition, Quincy works extremely hard with his trainer – making sure his body is as toned as possible before he steps on stage.

His rep and set numbers increase dramatically from his off-season routine, and he also increases the intensity of his lifts.

He usually spends a lot of time focusing on his back and legs, as he believes these are his worst areas.

His routine is below: 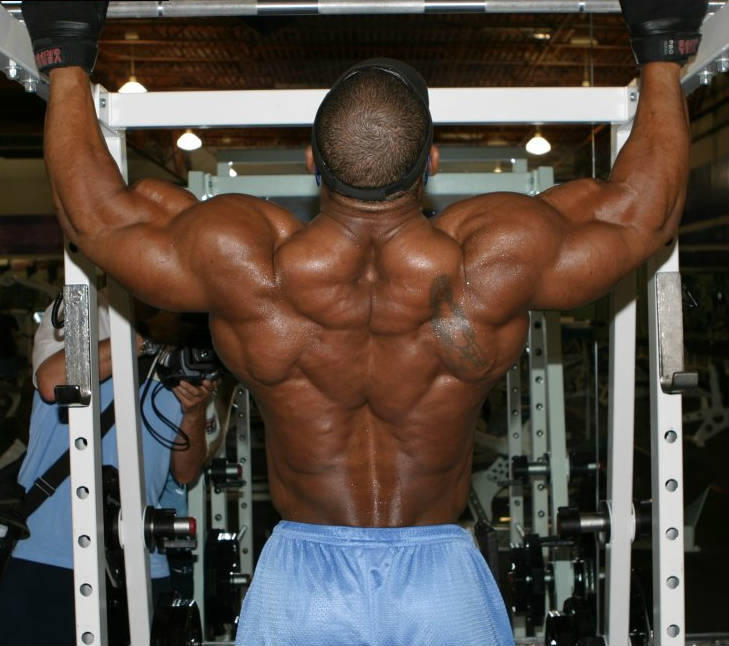 When it comes to his off-season routine, Quincy focuses on heavy lifting with lower sets and rep numbers. During this stage, he wants to add as much muscle as possible, so he lifts heavy weights – sometimes until failure.

He loves his chest days in particular, as he loves to push himself on the bench press. His routine is below: 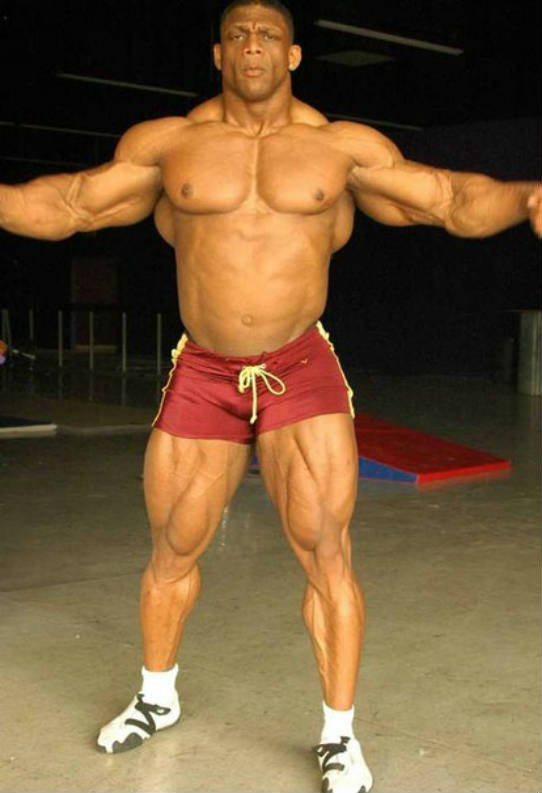 Quincy’s diet is simple and focuses on maintaining muscle mass, while keeping body fat extremely low. His calorie intake is strictly controlled, and his meals offer exactly what he needs to hit his macronutrient need.

He also stresses that water intake is crucial, as he drinks one gallon of water a day to maintain optimal hydration conditions through his workouts.

He also has a separate diet for cutting and bulking. Examples from both diets are below.

As well as nutritious food, Quincy sees supplements as crucial in his diet. He has introduced a number of options, which he believes are extremely useful to any bodybuilder looking to create their dream body. His stack is below: 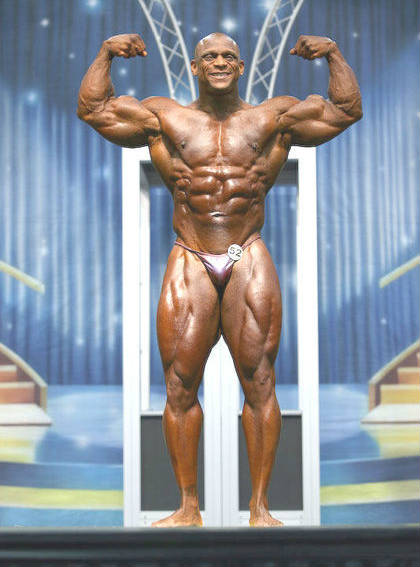 Quincy’s initial love for bodybuilding came from the magazines and videos he saw growing up. The main event which sparked his passion for the sport, was seeing his idol Shawn Ray posing on stage.

As well as this first insight into the professional bodybuilding world, Quincy believes his wife and his kids were also a big inspiration. He says “they keep me grounded.” 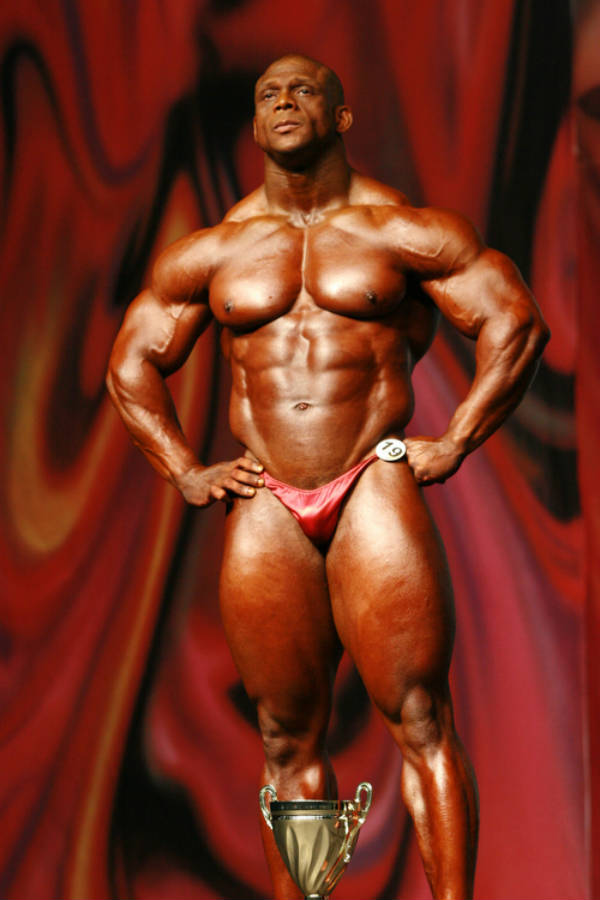 What we can learn from Quincy Taylor

Quincy’s story has shown us how truly good things usually have to be worked hard for. He did not have the easiest upbringing, and didn’t have the best start to his bodybuilding career either, but Quincy never gave up.

If you really want to achieve your fitness goals, work as hard as you possibly can and someday you might reach them, just like Quincy did.

Great advice for everyone! Continued success to you and your family.