Pasquale Brocco is a bodybuilder and sponsored athlete from Arizona, USA. From weighing a hefty 600 lbs, to losing over half of his body weight, Pasquale was able to achieve remarkable success in his weight loss journey.

As a result, he acquired the nickname ‘PossiblePat’ – a reminder of his strength and determination to completely turn his life around.

Throughout his time in high school, he was always the biggest kid. Because of this, he began to suffer from bullying – having a negative effect on his self-confidence. But one day, matters were made far worse. Pasquale hit rock bottom – his weight gain spiraled out of control, and he was well on his way to an early death.

However, Pasquale soon realized that he was doing himself no good. From then on, he was determined to make a change. As a result, he became an internet sensation, aiming to inspire others to follow his life’s message:

“If anyone is going to believe in you, start with yourself. There are no limitations, we only set them in our minds”. 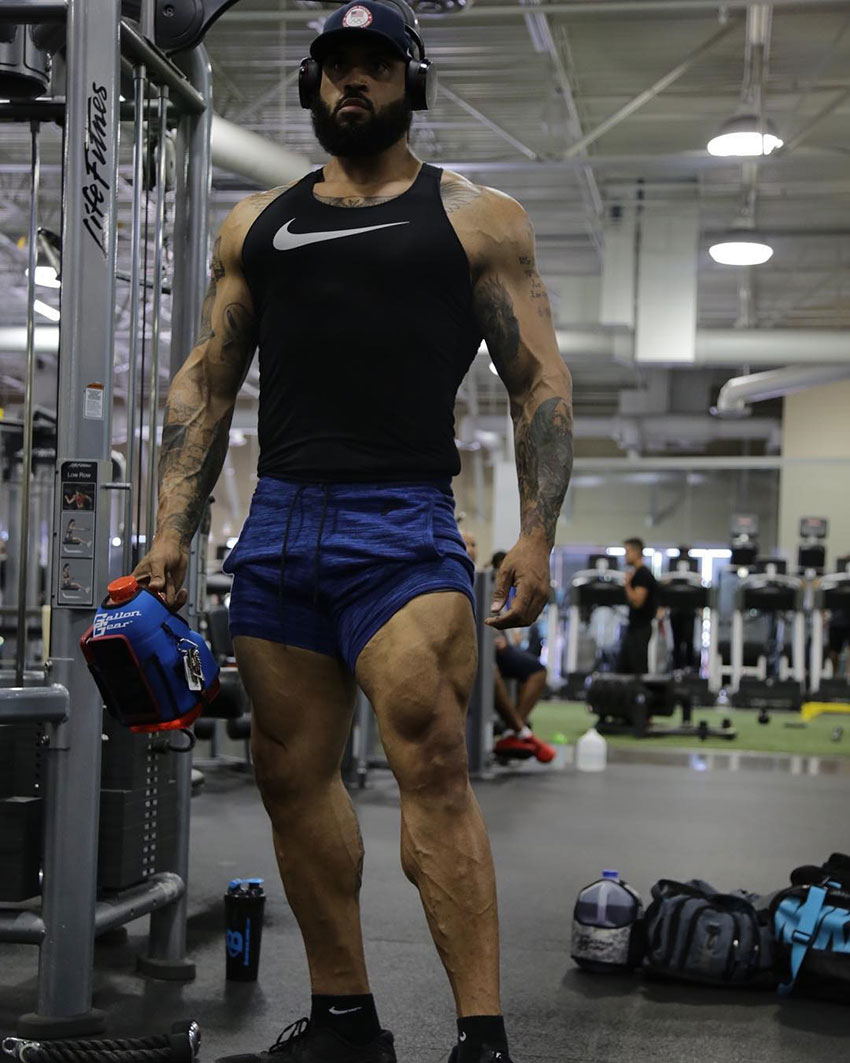 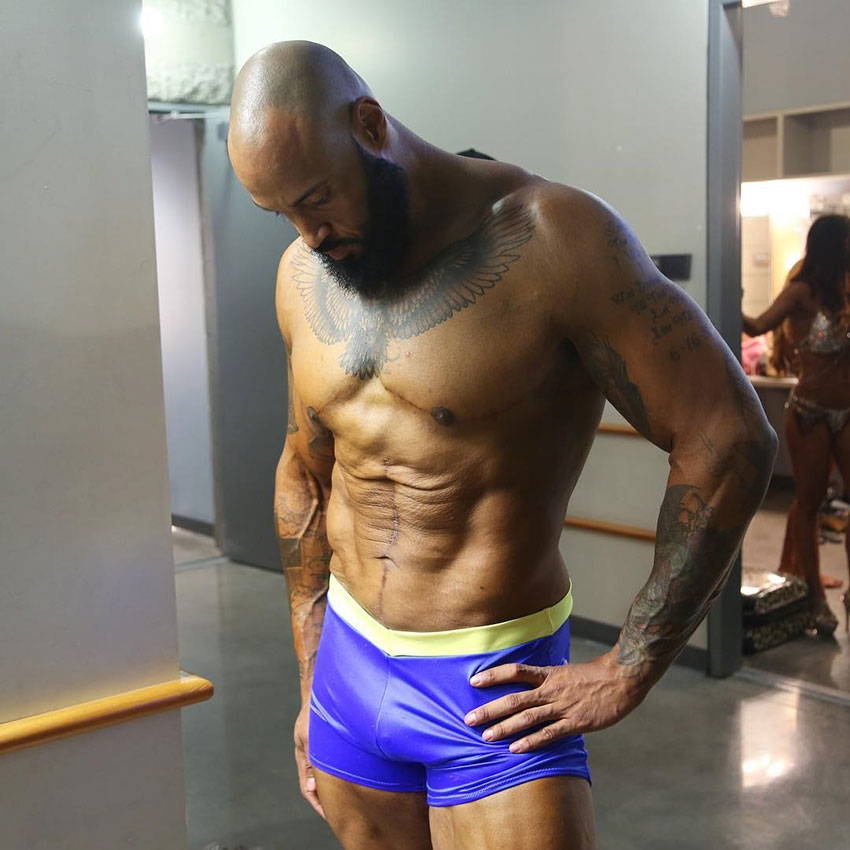 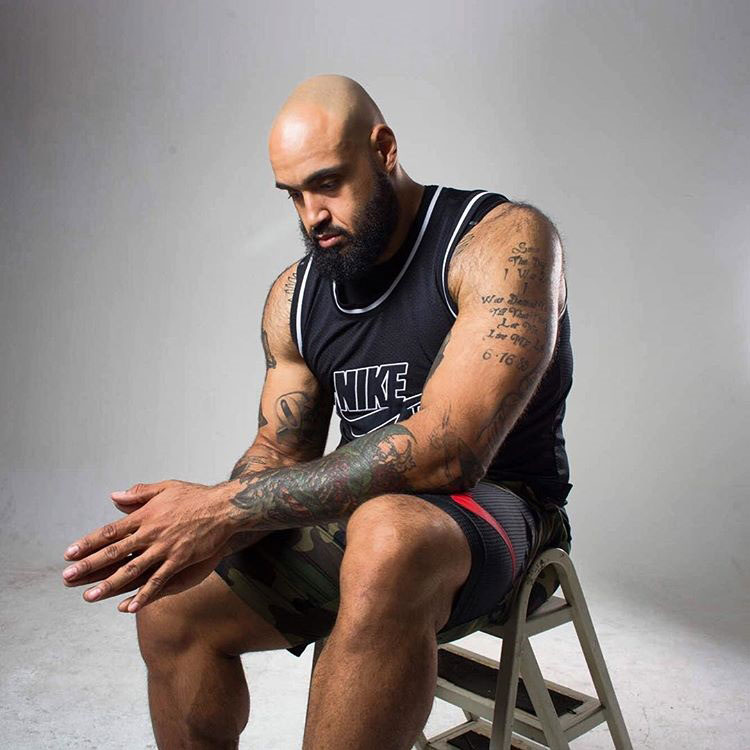 Pasquale Brocco was born in 1985, calling Arizona his home ever since. Throughout his time in high school, he was always the biggest kid. As a result of this, Pasquale began to suffer from bullying.

During this period, those around him called him names such as ‘Fat Pat’.  This had a negative impact on his life, and as a result, Pasquale was left with low self-esteem.

However, during his high school years, Pasquale began to take advantage of his large frame – starting to play American football. This was a sport in which he showed great potential. Because of this, he was offered a scholarship by the time he left high school.

Pasquale continued to play American football when he started college. But then one day, things took a turn for the worse. Pasquale suffered a serious knee injury which left him sidelined for months. As a result, he was forced to say goodbye to his days on the field.

Shortly after Pasquale suffered his injury, he met a nightclub owner who offered him a job working as a bodyguard. Pasquale jumped at the opportunity, thinking that this would be a suitable career option for him.

However, upon starting his new job, Pasquale began to make poor lifestyle choices in terms of his eating habits. During this period, Pasquale overindulged on unhealthy foods on a regular basis. Because of this, he soon started to pile on the pounds.

At this point, Pasquale wasn’t aware of the damage he was doing to his body. He carried on gaining weight, having a blatant disregard for his personal health. But during this time, he thought that getting bigger was the right thing to do while working as a bodyguard.

But one day, things all began to change. Pasquale lost a bet with a celebrity he was working for at the time, meaning he had to perform 50 push ups. Pasquale tried, but he couldn’t even do one. It was at this point, he was given a reality check.

Pasquale was left deeply embarrassed by his failure to perform even one push up. He felt ashamed about not being able to lift his own body weight. Because of this, his self-confidence hit an all time low.

However, it wasn’t until he went to see a doctor, that Pasquale was made fully aware of just how much weight he had gained. At this point, Pasquale tipped the scales at a massive 605 lbs.

The doctors informed Pasquale that if he carried on the way he was, that health complications could lead to an early death. This had a negative impact on Pasquale, and his life soon started to commence on a downward spiral.

From this point, Pasquale began to suffer from depression, turning to food as a way to cope with this. But one day, Pasquale realized upon looking in the mirror, that he needed to change his ways. 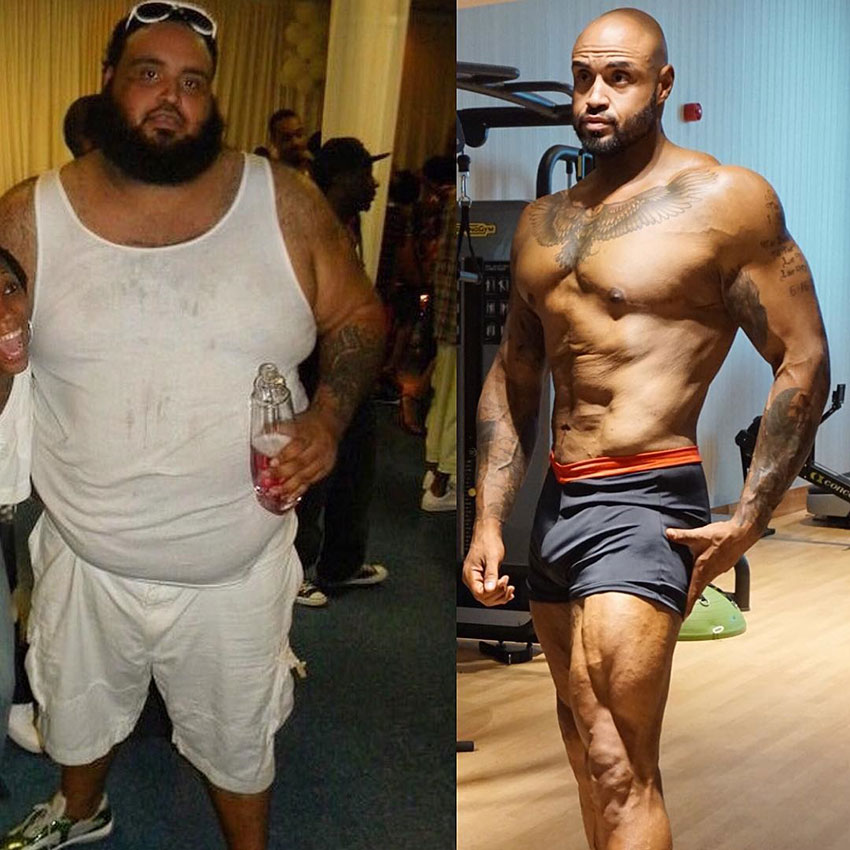 Pasquale before compared to how he looks now.

Pasquale became determined to lose a substantial amount of weight. He realized that it was now or never. It was at this point, he set out to make a change in his life. Pasquale then raided his kitchen to get rid of all the unhealthy foods that he had. He wanted a fresh start, and now was his chance to achieve just that.

From this point, Pasquale decided that the best way for him to lose weight was to start walking everywhere. His nearest grocery store was 1.5 miles away, but he walked there and back every time he wanted to eat. Because of this, he walked up to 6 miles a day.

Pasquale knew this would benefit him, so he kept pushing forward to kick his weight loss journey into overdrive. After just 60 days, Pasquale was able to lose an incredible 100 lbs – proving his hard work and determination to reach his fitness goals.

However, he was still at 53% body fat. Because of this, Pasquale knew he still had a long way to go. It was at this point, Pasquale made the decision to join a gym to move onto the next stage in his weight loss transformation.

After putting in several months of hard work training in the gym, Pasquale was eventually able to lose over half of his body weight. This was an incredible achievement for Pasquale, proving to himself and others that he was capable of making a change in his life.

Eventually, Pasquale began sharing his story with others online. As a result, he became an internet sensation because of the transformation that he had made. After achieving great things in his weight loss journey, Pasquale now hopes to inspire others to achieve things they never thought they could, stating:

“I’m a man on a mission to inspire others around the world. Anything you want to achieve in this world is possible with hard work and dedication. It doesn’t matter if it’s 5 lbs, 20 lbs, or 300 lbs you need to lose. You are capable to do anything you set your mind to”.

After reaching his fitness goals, Pasquale wanted to move to the next level in his fitness career. Eventually, he became a sponsored athlete, allowing him to keep moving on with his life in a positive way. 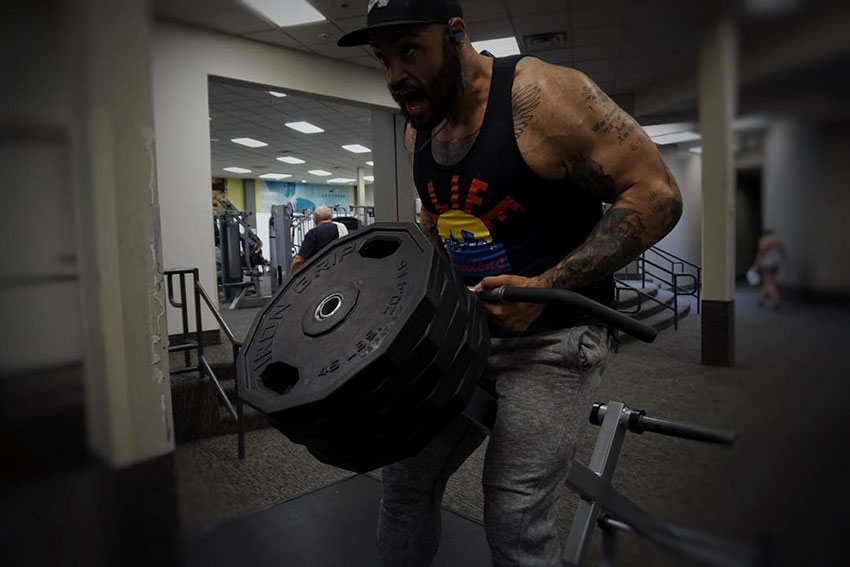 When Pasquale first started off his weight loss journey, walking was his main form of exercise. However, he then made the decision to join a gym. From then on, he never looked back.

His workouts consist of heavy lifts with low repetitions, using this method of training to continually build lean muscle mass. One of Pasquale’s workouts looks something like this: 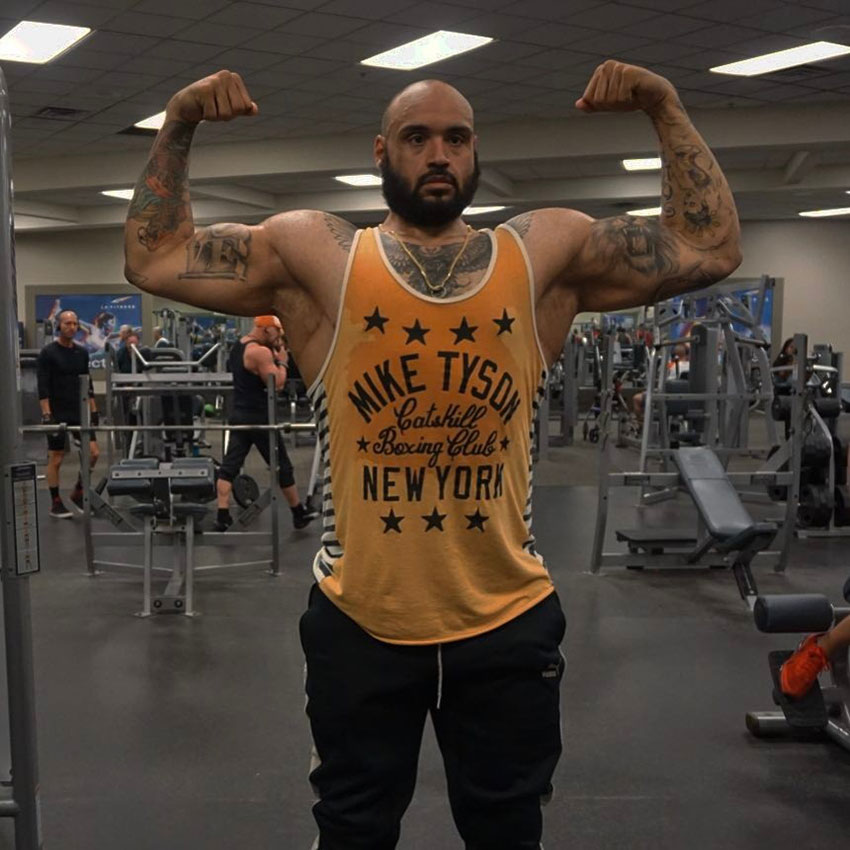 Pasquale ensures that his meals are prepped at the start of the week. By doing this, he isn’t tempted to fall off track. Ever since he started his weight loss journey, he has chosen to base his diet on eating clean foods.

Additionally, Pasquale makes healthy versions of the unhealthy foods that he used to eat. Two of his homemade recipes are listed below: 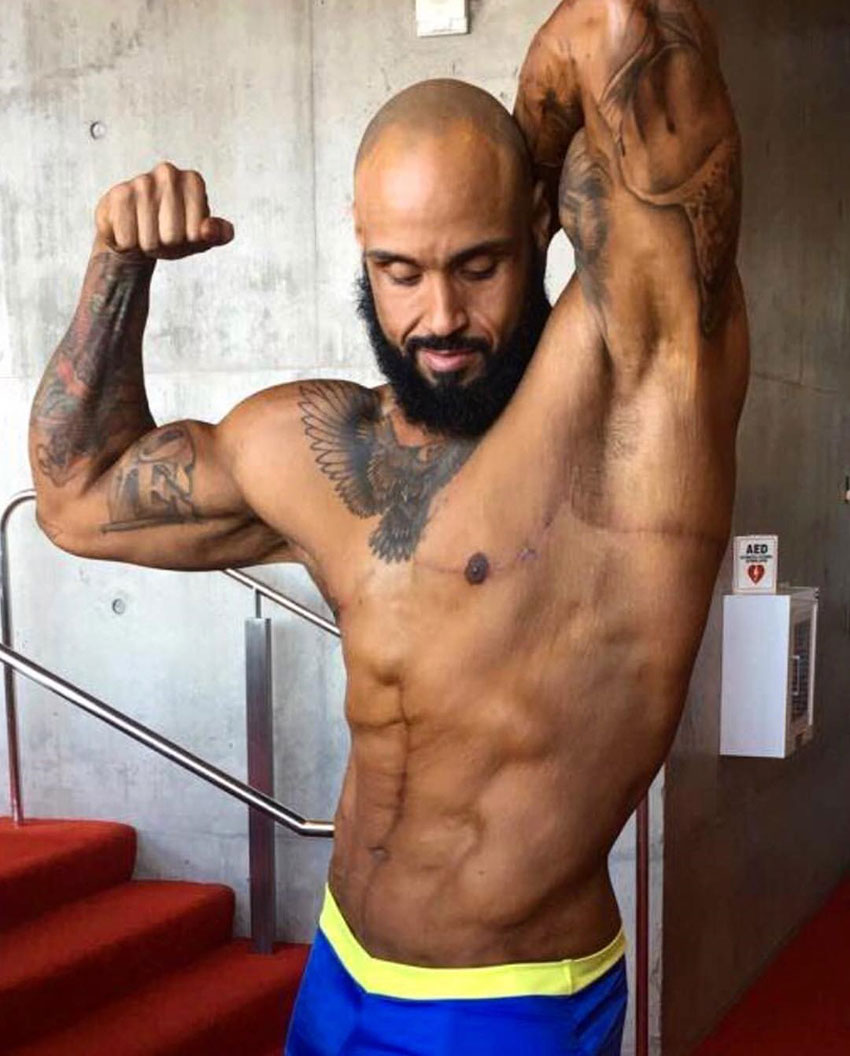 Pasquale Brocco became self-motivated from the moment he realized that his life needed to change. As a result, he was able to become the best possible version of himself.

After losing over half of his body weight, Pasquale aimed to help others who were in his situation. As a result, he began inspiring others to achieve the same level of success as him – allowing him to have a positive influence in other people’s lives.

Pasquale stated the following regarding his love for helping others:

“It’s given my life purpose, it’s what I want to do in life. It’s just a beautiful thing to have people say you helped me lose weight, and I want to dedicate my life to it”. 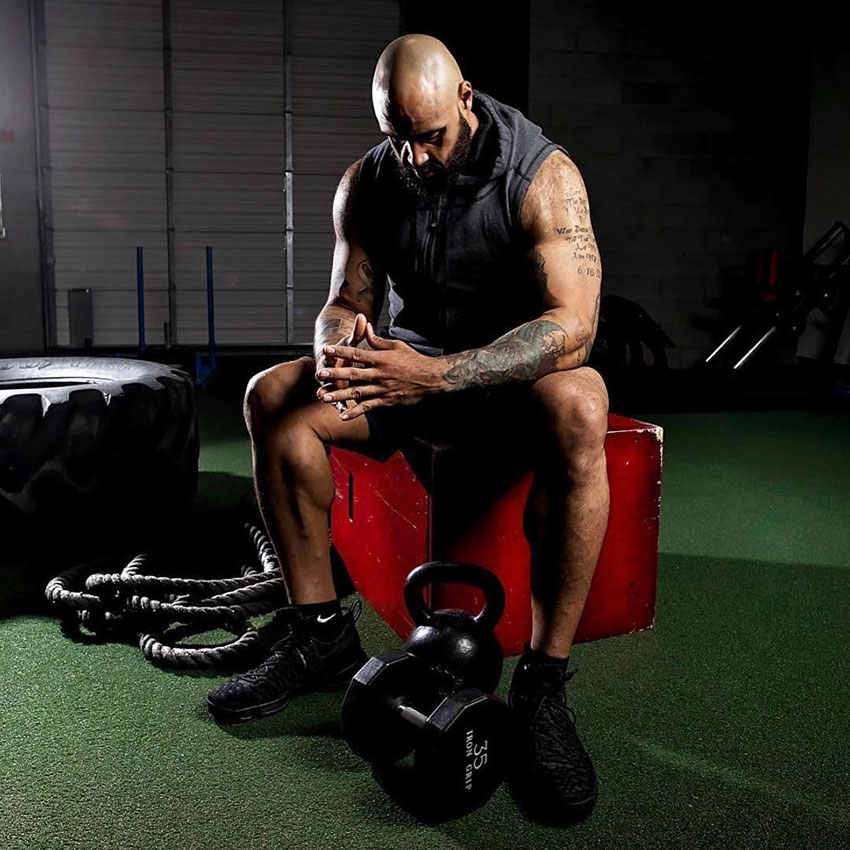 What we can learn from Pasquale Brocco

Despite hitting rock bottom, Pasquale Brocco was able to completely turn his life around, losing an incredible amount of weight in the process. As a result, he soared to fame on social media – offering him the platform to become a sponsored athlete.

What we can learn from Pasquale Brocco is; his weight loss transformation didn’t come easy. He knew that it would be difficult, but staying true to his goals meant that he went a long way in his fitness journey – becoming an inspiration to many people across the world.

Ive been following him for a while, this is definitely him. He had alot of loose skin but got surgery to get rid of it. (still has the scars) I don’t see the point in you calling the man out over a positive change?

You can clearly see the scars from where he got the skin removed. Regardless, its a good story and everything mentioned that he did would absolutely work if someone stuck to it.

Pat was a customer of mine at a local supplement shop. He’s the real deal and I see him killing it still at my gym. He’s dedicated to this day to his transformation. Clarissa he’s not bogus one bit. I know some people have every excuse under the sun. Pat is a true story of dedication and determination.