Olivier Richters, also known as “The Dutch Giant”, is a bodybuilder who is widely regarded as one of the tallest in the history of the sport.

Standing at a huge 7’2″, he towers above most, including the likes of big name bodybuilders Jay Cutler and Martyn Ford. He was able to overcome a birth defect to obtain a physique that would transform his life.

He aims to follow on from the success of his meat company to become an actor, and maybe one day work within the professional wrestling industry. 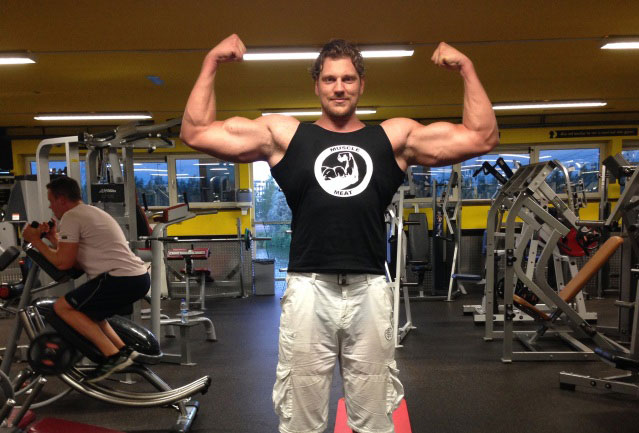 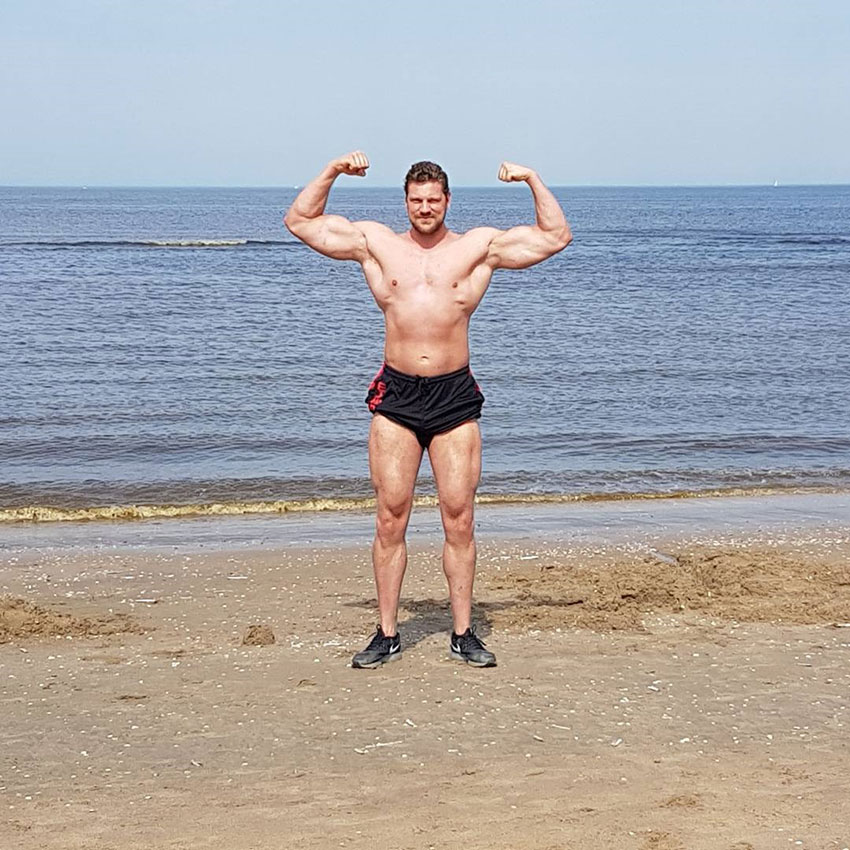 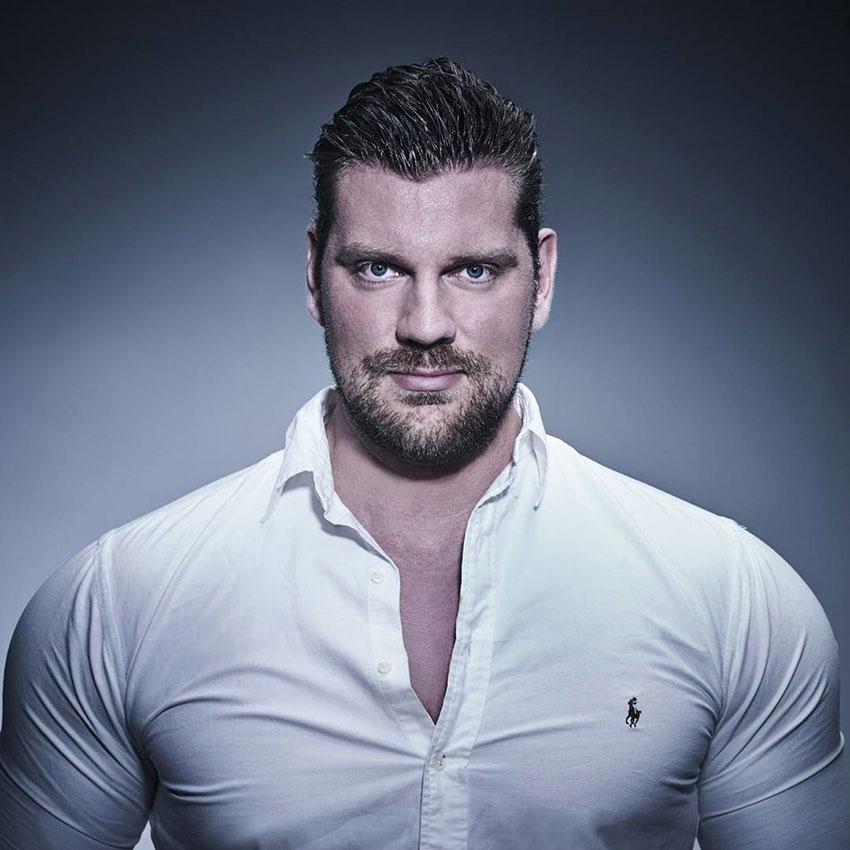 Olivier Richters was born in the Netherlands in 1989. He was born with a birth defect known as ‘pectus excavatum’ which meant he had a sunken chest that would require surgery later in his life.

His tall stature meant that a career in basketball would perhaps have been ideal, however after three years he decided it wasn’t the sport for him.

Olivier turned to bodybuilding in 2007 after becoming unhappy with his body, and wished to add some mass to his frame. His starting weight was only 85kg, so he knew he had a long way to go.

He started out by making several rookie mistakes in the gym, and it wasn’t until he changed up his nutrition and training plan that he began to make significant progress. 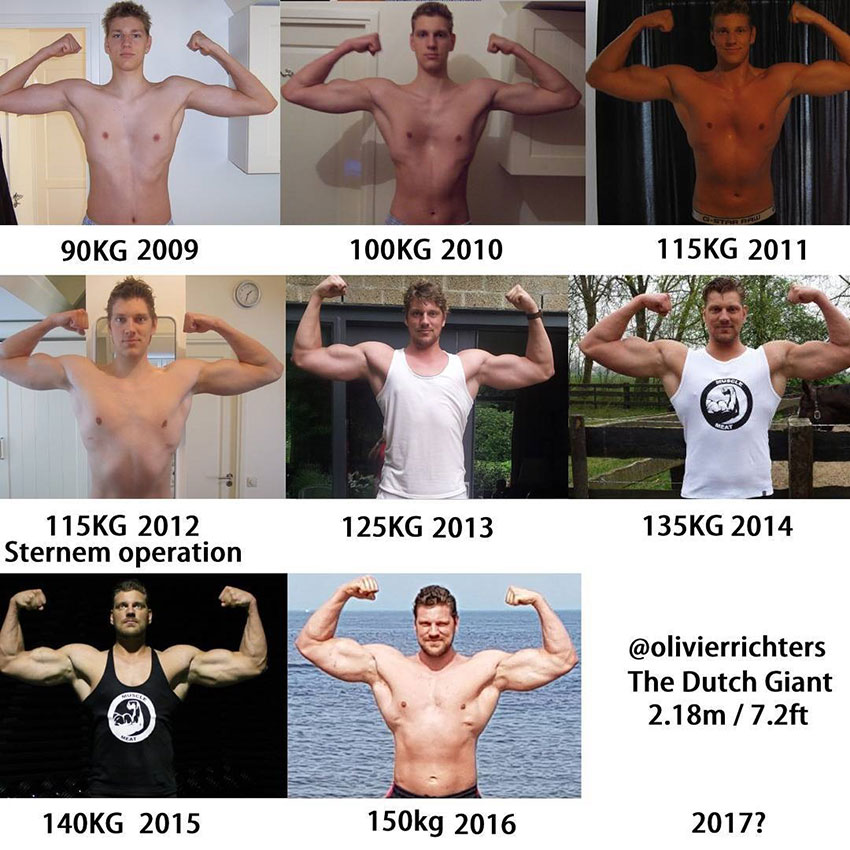 Olivier’s heart was 20% smaller than what it should have been. This meant he was unable to perform common exercises used by bodybuilders such as squats and deadlifts, and found himself getting out of breath easily.

Eventually, Olivier decided it was best to undergo a procedure with a specialist that would correct his abnormality. He faced a lengthy recovery time of six months, and so significant weight loss occured as a result.

He had to have ten ribs broken in order to perform the operation, and continued to lose weight whilst recovering. This was a sacrifice he would need to make to further his career in bodybuilding.

He recovered well from his operation, and Olivier was then able to begin gaining mass again, picking up where he left off. He set out weight goals for himself, and was able to reach them through training hard, and maintaining a determined attitude.

Olivier is the CEO of his own meat company in his native Netherlands, and given the success that this business venture has enjoyed, he looks set to continue this for the foreseeable future.

He has made known his future aspirations, which consist of one day becoming a successful actor, and entering the professional wrestling industry. 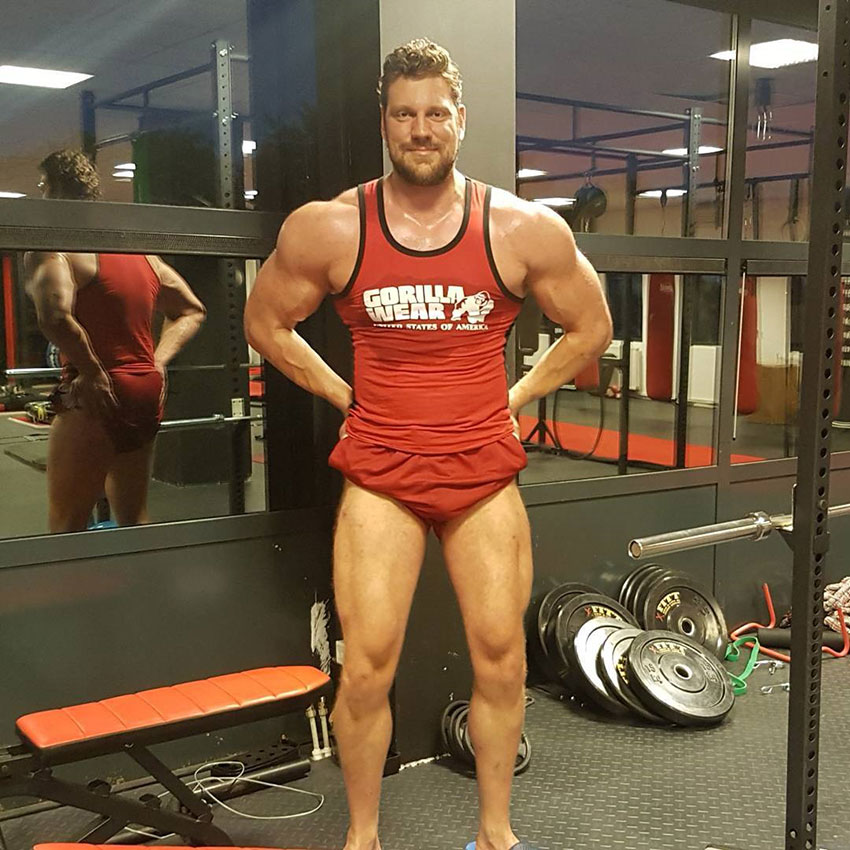 Since starting his fitness journey, Olivier has followed advice from a professional bodybuilding coach. This has helped him to achieve any goals he has set for himself in the past, and uses this to keep himself motivated.

A leg workout which he uses his is listed below: 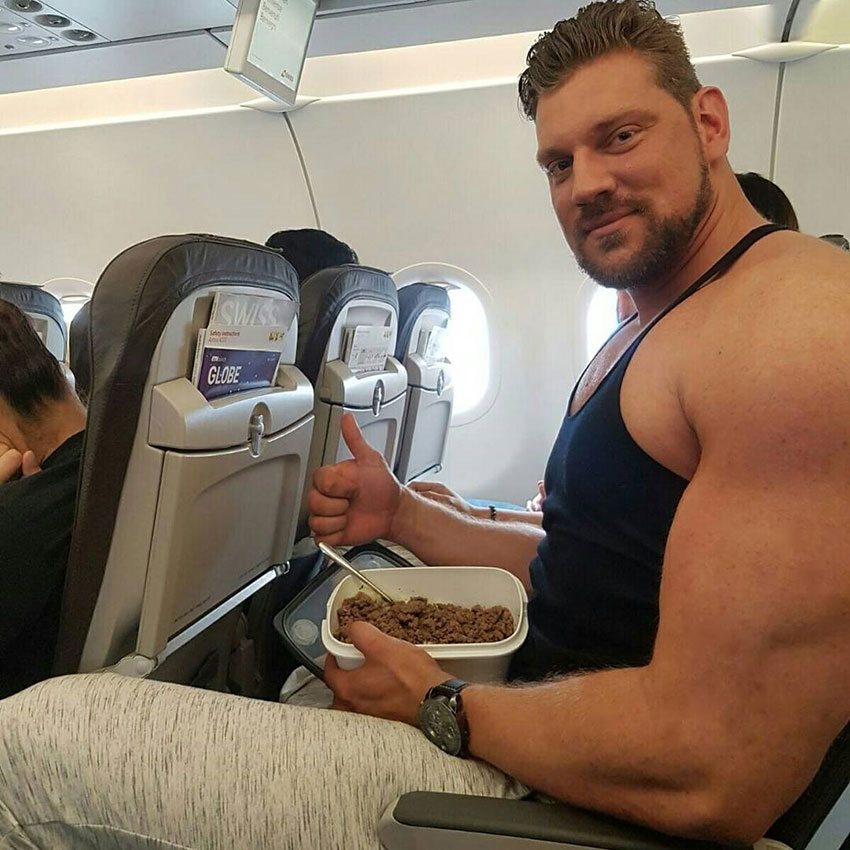 Olivier prides himself on being a natural, and his diet mainly consists of complex carbohydrates, protein and healthy fats in order to facilitate lean muscle gains.

To continue adding lean mass, Olivier consumes around 6200 calories as part of his daily diet, including the following foods as staples in his diet: 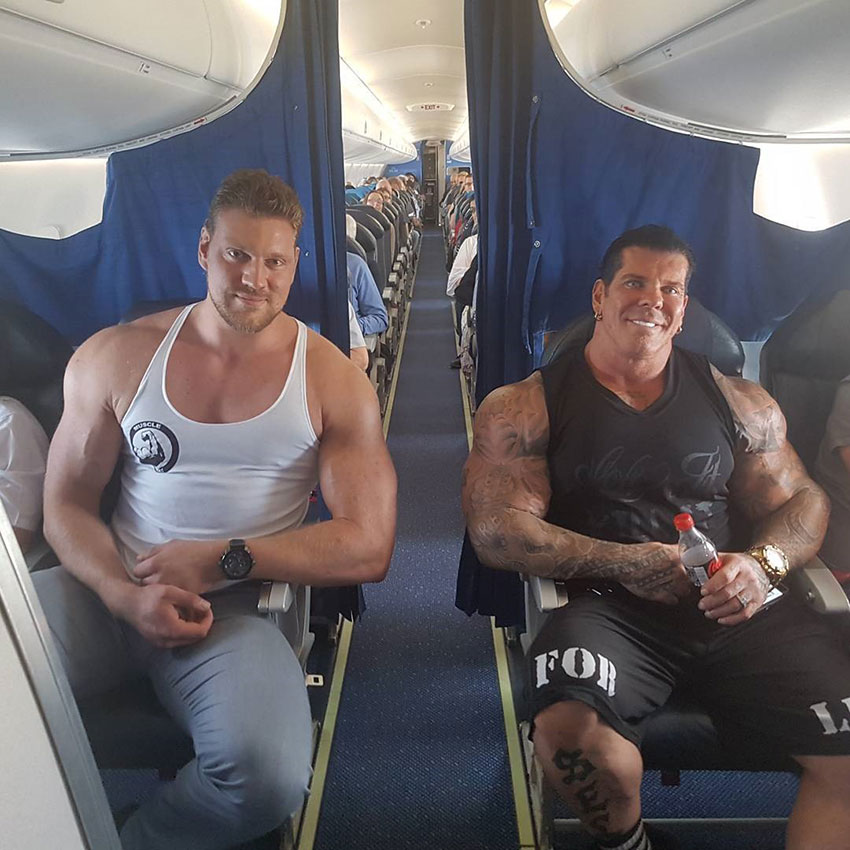 Olivier takes inspiration from big name bodybuilders such as Dennis Wolf and Rich Piana, the latter of which Olivier spoke highly of in the wake of his death.

“I’m really sad to hear that Rich Piana has passed away… It is a loss for everyone. He was really good to his fans. Patience, friendly, happy and always willing to take a photo if you asked. Something I will always remember is blocking the business class path with Rich”.

He has long term aspirations to pursue a career in acting, as well as to enter the professional wrestling industry. He has shown what he is capable of after reaching his weight goals in the past, and has come a long way since his birth abnormality surgery. 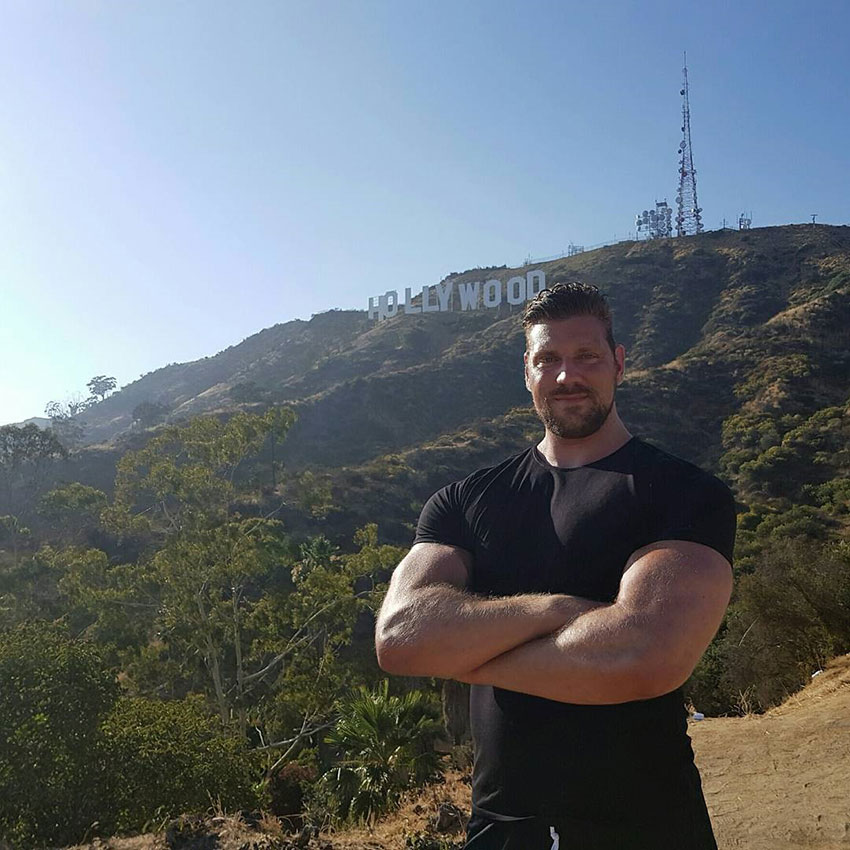 What we can learn from Olivier Richters

Olivier took the steps necessary to overcome a birth defect, and through this he was able to earn himself a great physique achieved by following an effective nutrition and training plan.

His aspirations of becoming an actor and professional wrestler are yet to become a reality, however he looks to be on the right path having reached the goals he has set for himself in the past.

In terms of his bodybuilding career, he still has some way to go, however has proven he is more capable of putting any set-backs aside, to add some serious mass to his towering frame.

Great to hear about this young man seems to be very focus and determine and very keen to achieve his goals, his story is very inspiring and motivating and an example for those who thinks that dreams can not come true. Best of luck buddy may you get what ever you desire for.

Screw wrestling, someone needs to get this guy on an armwrestling table STAT. His leverages are insane for that sport.

How much does this guy lift?