Half Swiss – half South Korean, Nicolas Iong has had a passion for sports since he was 14. Initially, he joined a gym to improve his explosiveness in martial arts. But over time, bodybuilding became his main passion.

With a strong drive to excel as a bodybuilder, and discipline to execute on his goals, Nicolas went on to build a fantastic physique. Motivated by his progress, he took on competitive bodybuilding and became the MuscleMania World Champion a few years later.

With an incredible work ethic and results to prove it, Nicolas continues to show everyone how success is achieved in the world of bodybuilding. 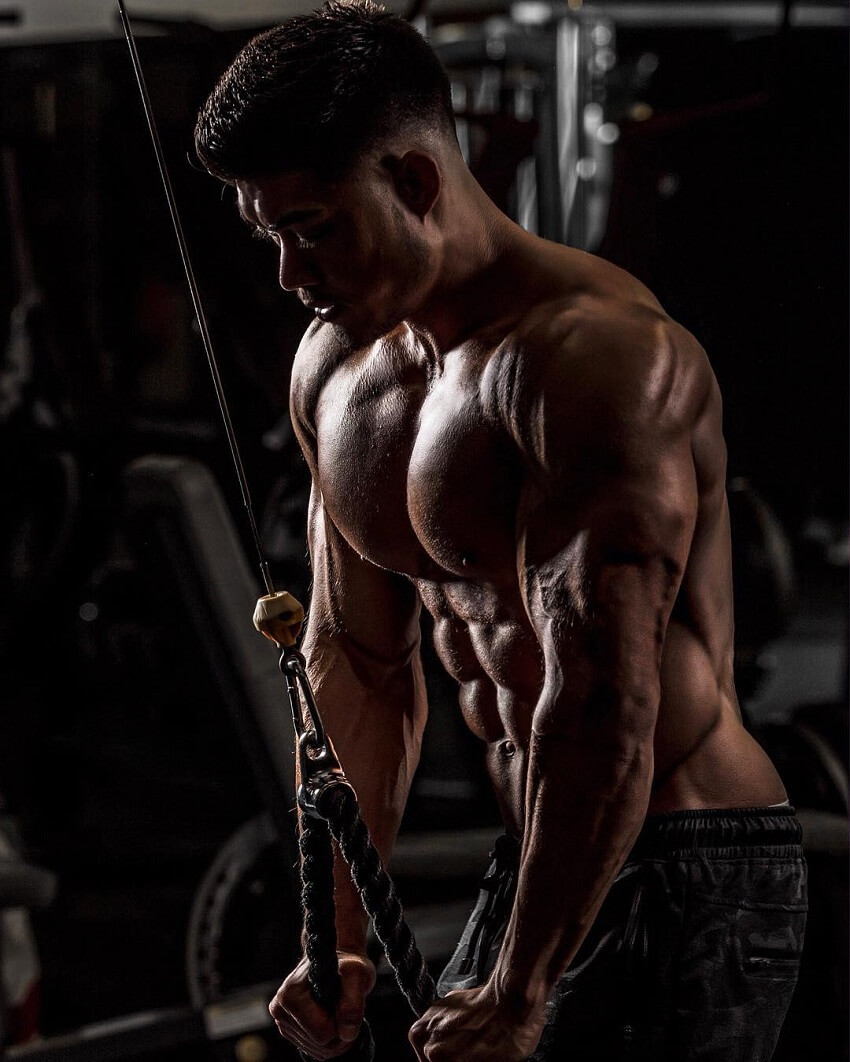 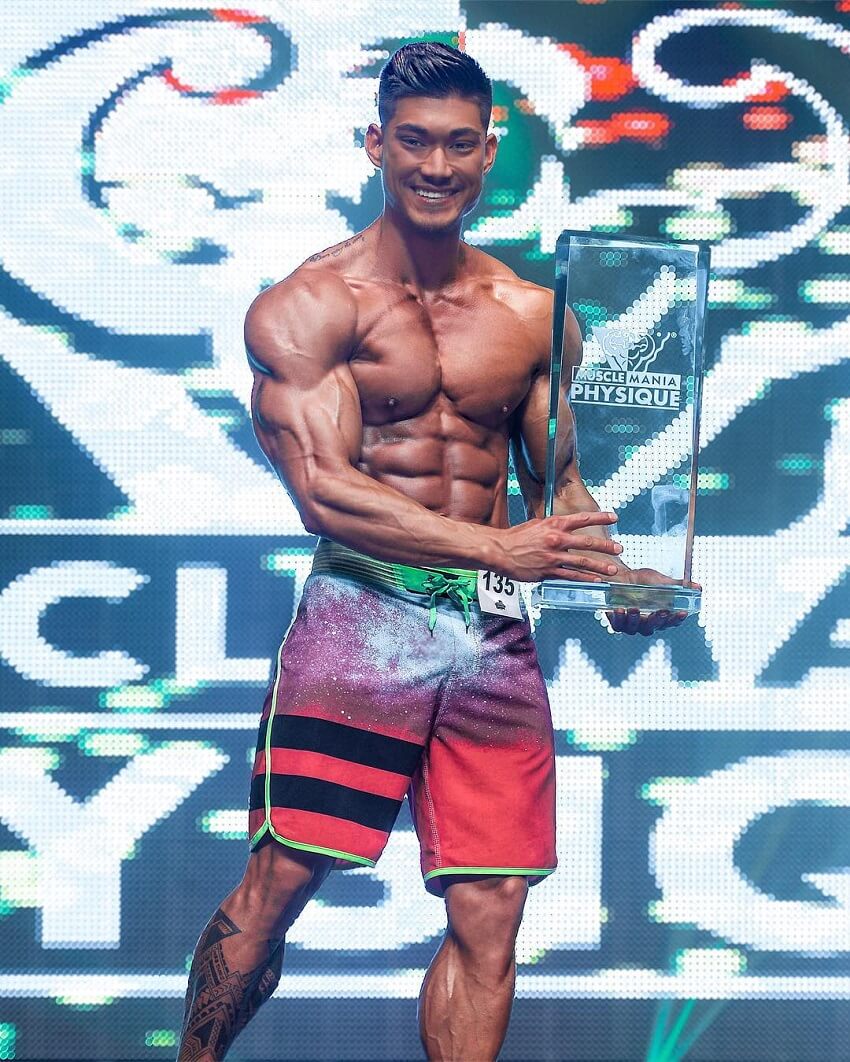 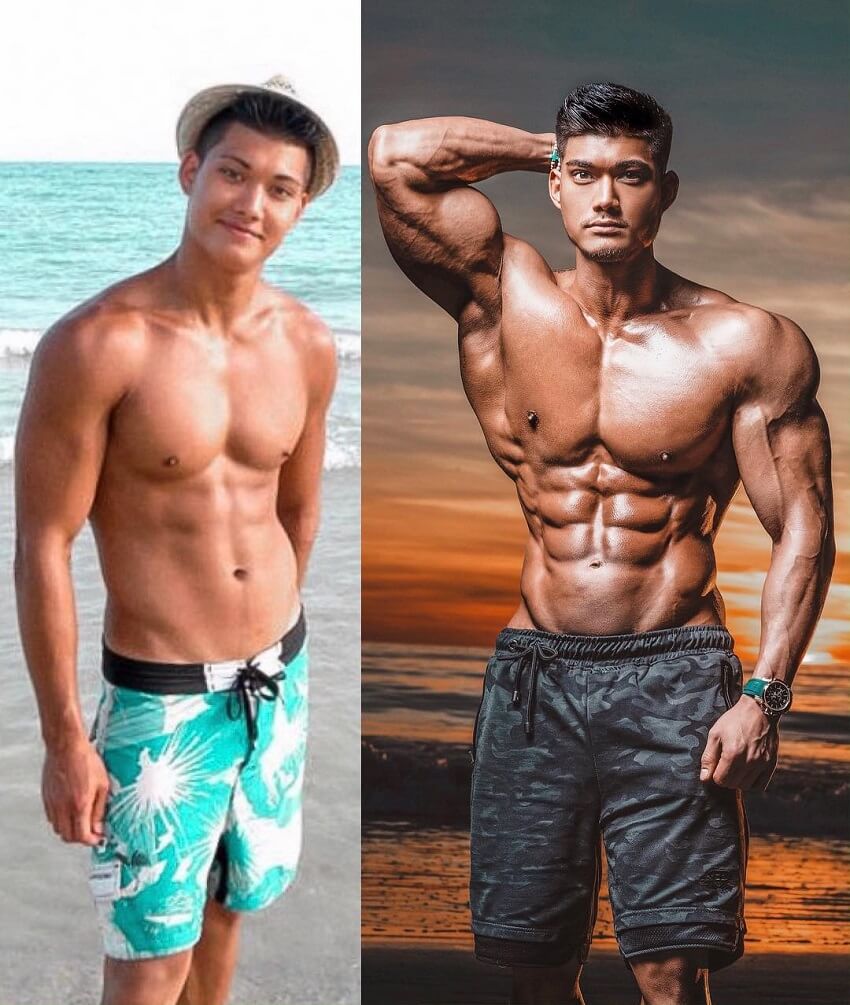 Nicolas Iong is from South Korea and Switzerland. He first got into sports at the age of 14, practicing Brazilian jiujitsu, Thai Boxing, and MMA.

After 2 years of practice, Nicolas’ progress in martial arts was becoming increasingly evident.

To push himself even further, Nicolas joined the gym at the age of 16. His main reason behind this was to increase his strength and explosive power in martial arts.

Little did Nicolas know, bodybuilding became his main passion over time. By the age of 21, he stopped the martial arts practice and committed to becoming a full-time bodybuilder. 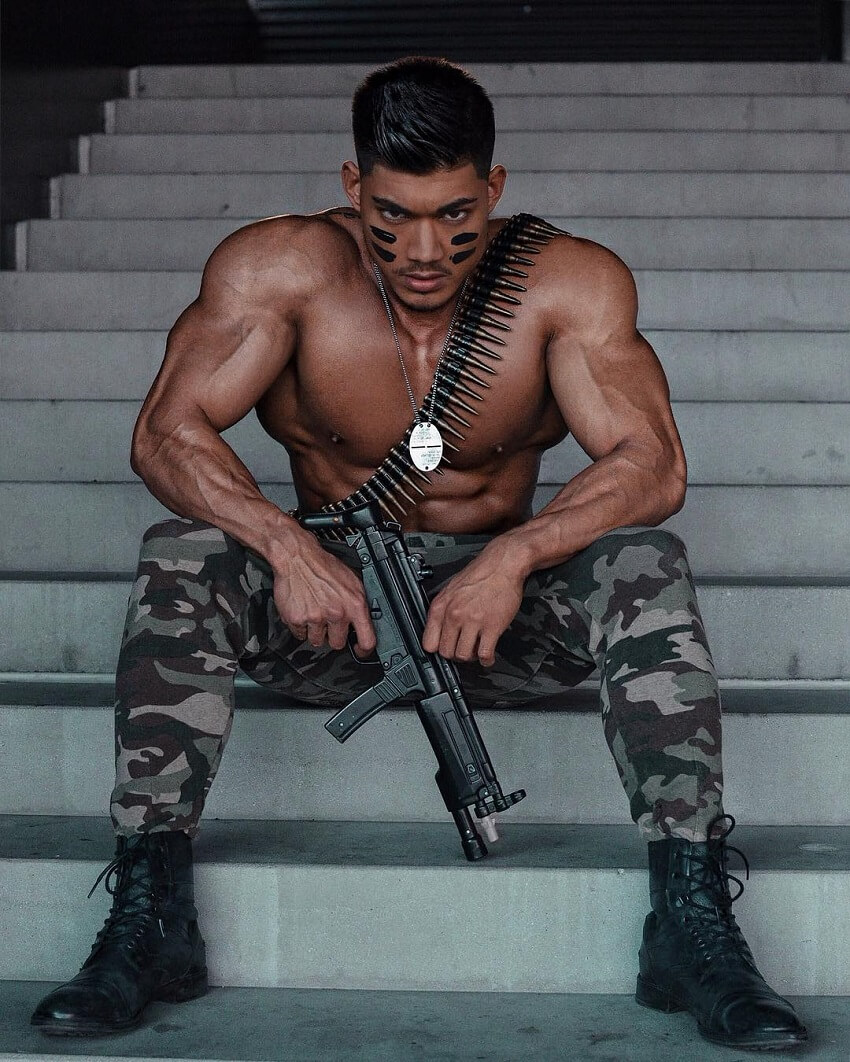 During his early 20s, Nicolas devoted all of his free time to bodybuilding.

He says that by lifting weights, he learned a lot about himself, including how far he could push himself – both physically and mentally.

Throughout this journey, Nicolas learned to be patient, perseverant, and disciplined in pursuit of his goals. He took these qualities into his first ever preparations for a bodybuilding show.

After months of hard work, Nicolas took the bodybuilding world by storm, winning his first show in 2017 at the age of 25.

Nicolas’ success in his first bodybuilding show made him even more eager to compete.

Several months later, he took part at the European Championships to win the Pro Card. He also qualified for the World’s MM Championships in Las Vegas along the way.

Ultimately, Nicolas ended up taking 1st place in Las Vegas too, which saw him become one of the leading fitness models and competitors in the industry. 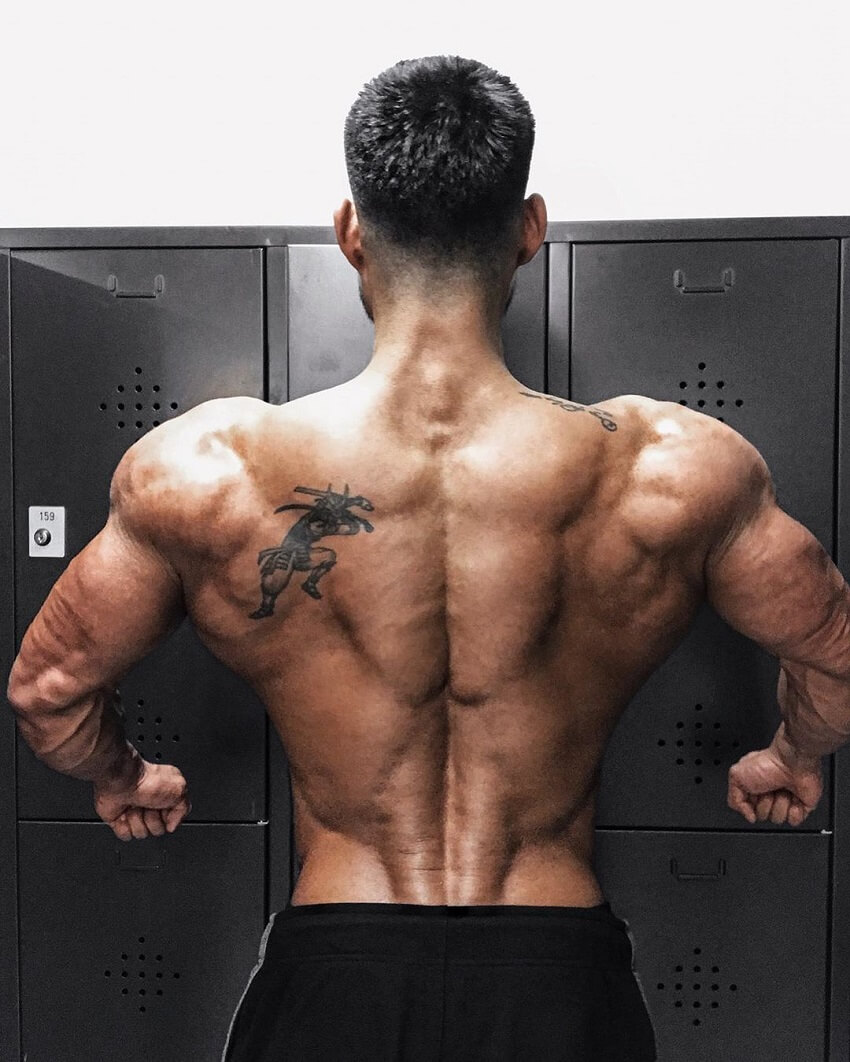 Nicolas likes to train at a moderate rep range (8-12) with heavier weights.

His sweet spot is usually 10 reps per set, with the last rep being almost too hard to lift by himself. In some cases, he’ll ask a spotter to help him squeeze out a couple of extra reps.

From time to time, Nicolas will change his approach to train with lighter weights and more volume. He’s found that this forces his body to change and grow. 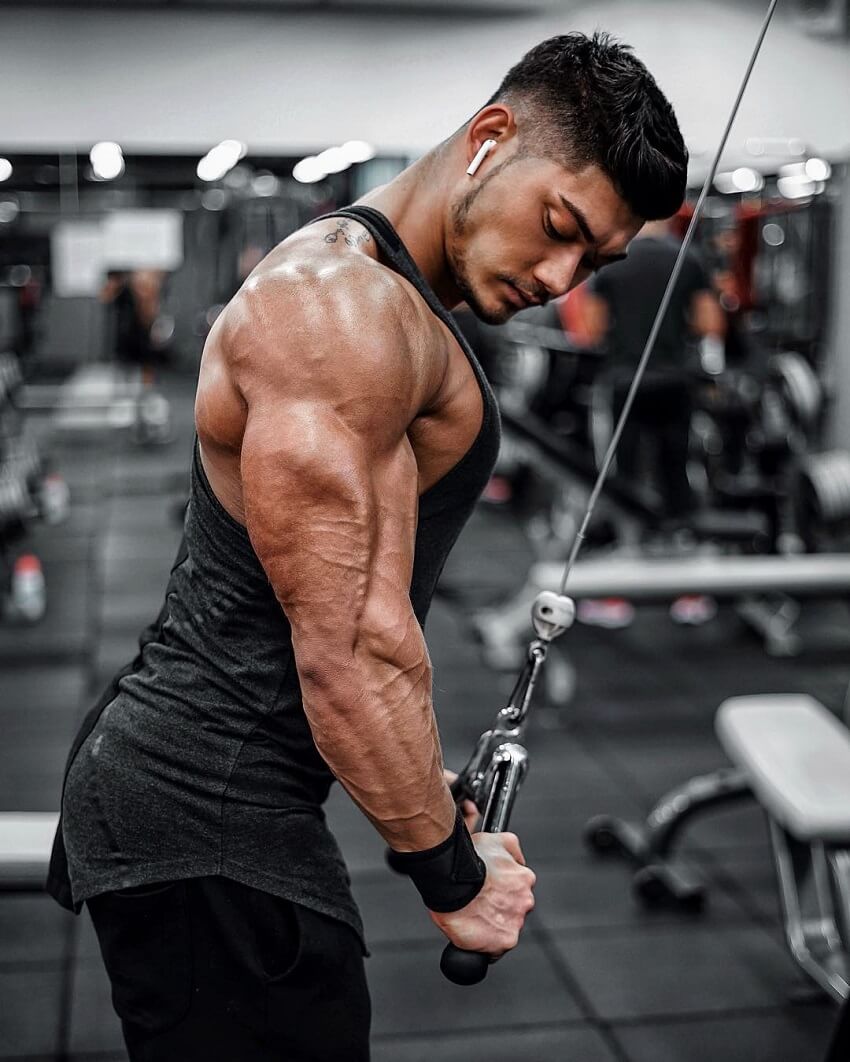 To maintain and grow his muscular body, Nicolas Iong prefers a diet high in lean protein and good fats, along with vitamins, minerals, and phytonutrients with each meal for antioxidant protection.

With a balanced combination of foods, including lean chicken, yams, and colorful vegetables, he’s able to stay ripped and grow in his awesome physique at the same time.

However, when it’s time to really dial in for a contest, Nicolas will reduce his calories. Mainly those coming from carbs. This way, he avoids insulin spikes which cause fat storage.

His contest prep usually begins several months before the event. While he allows himself a treat here and there during the ‘off-season’, he completely cuts out junk food once the contest prep beings. 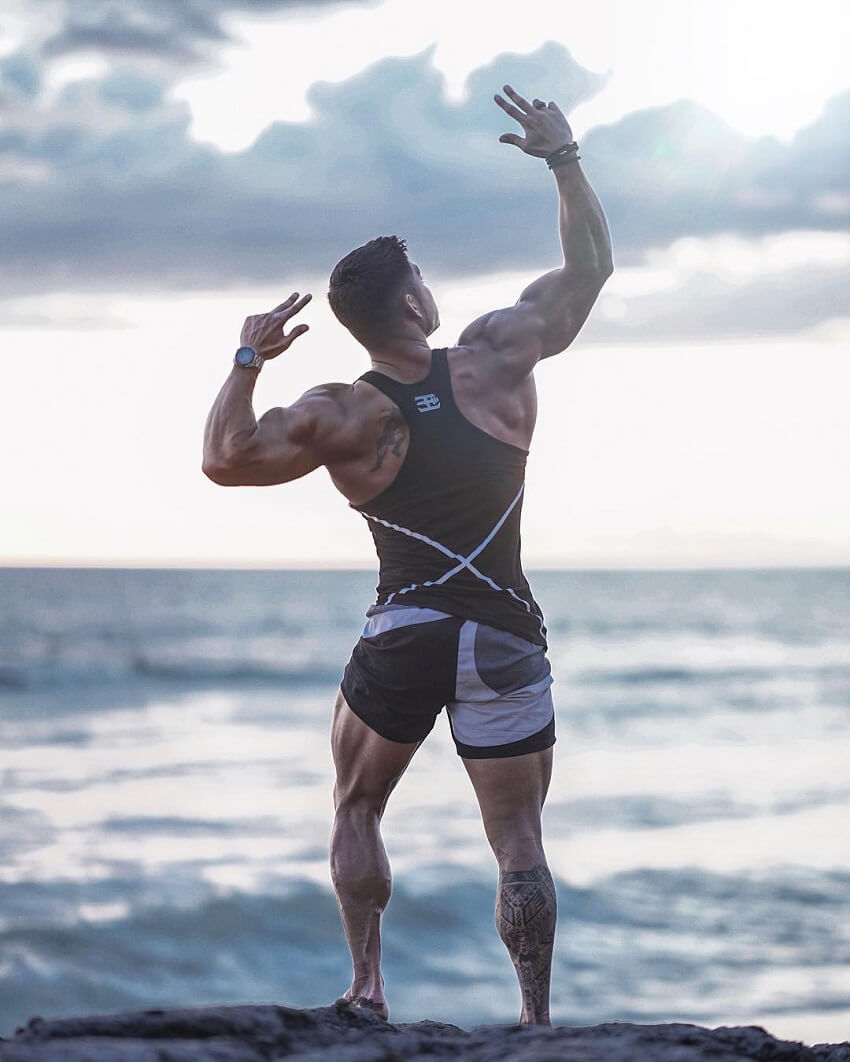 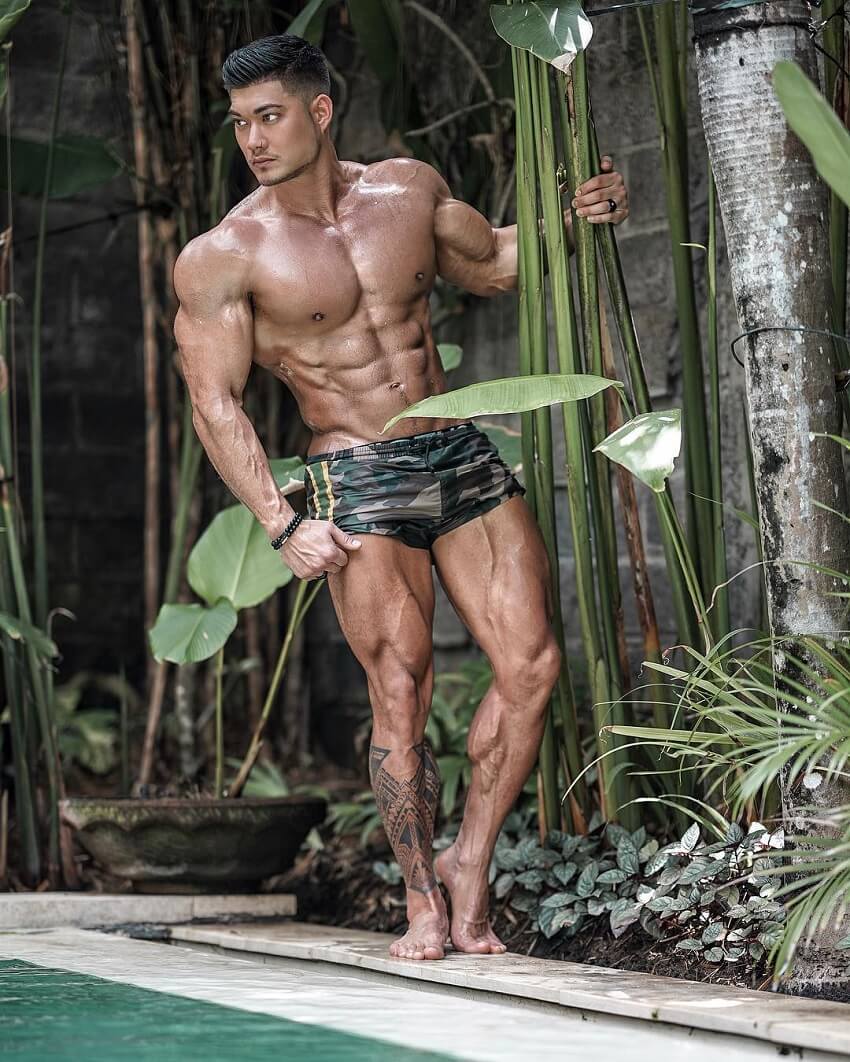 What we can learn from Nicolas Iong

It’s clear to see how hard Nicolas Iong has worked to achieve what he has today.

From a young age, he wanted to be a bigger, stronger, and better version of himself.

Through martial arts, he set the foundation for what would become a lifelong commitment to sports and bodybuilding.

With the same passion for lifting weights as Nicolas – and a little bit of patience – you too could create your own masterpiece of a physique.

I just saw your article so first thank you for your work but can you adjust the height and weight who are totally wrong.

If you need a confirmation you can write me on Instagram or Facebook I will confirm you the information.

Thanks for getting in touch! We’ll change the info for you right away.

What are your measurements?

What are your current measurments?