At 1.47m tall, Naim has been aiming to become the best, ever since he started lifting weights at the age of 10; breaking his first World Record as a 15-year old teenager.

Having dominated the sport for over one decade, he broke a staggering 46 world records in his glittering career as an Olympic weightlifter.

However, Naim’s road towards success wasn’t always “sugar coated”. He had a difficult upbringing; being raised in an extremely poor environment, with his parents working all day as tobacco farmers just to put food on the table. 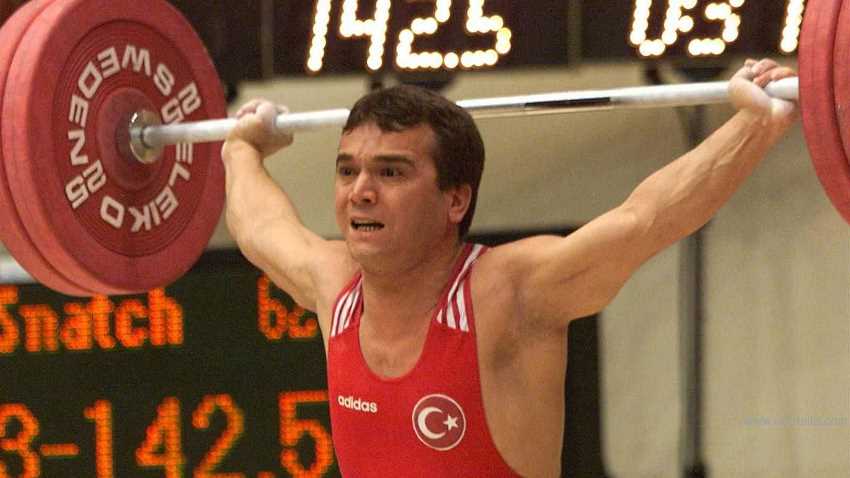 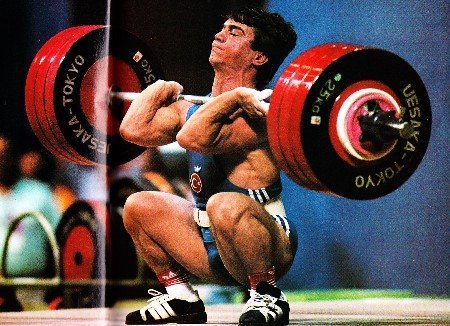 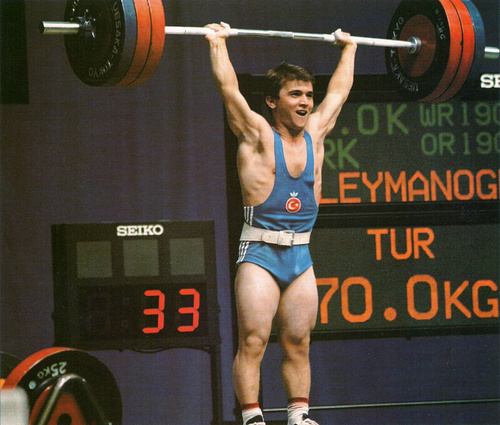 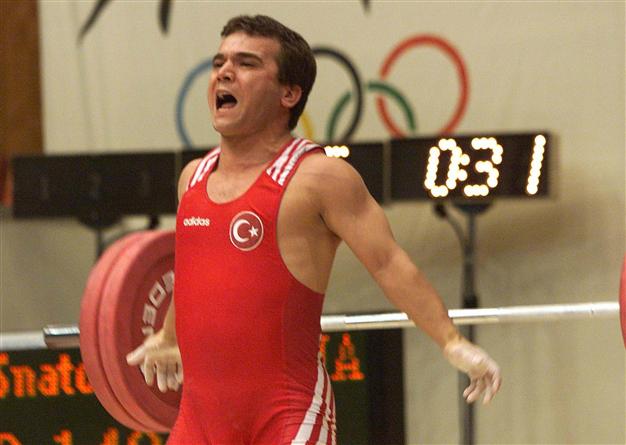 Born in Bulgaria, but of Turkish origin, Naim Suleymanoglu started his weightlifting career as a teenager. At the age of 14, he participated in his first major contest, the World Junior Championships, held in Sao Paulo Brazil.

Just one year later, at 15, Naim set his first ever world record. At 1.47m tall, he quickly gained recognition for his accomplishments at an early age, earning the nickname “The Pocket Hercules”.

In 1984, Naim took part at the European Championships in weightlifting. He successfully lifted three times his own bodyweight in the overhead press, thus, becoming the second man to ever achieve such a feat, after Stefan Topurov from Bulgaria.

Having just started his career, Naim was already recognized as one of the best weightlifters “out there”. However, his best was yet to come.

Four years after his stunning feat at the 1984 European Championships, Naim became the first man to snatch two and a half times his own bodyweight. Furthermore, he had already set 32 world records by this point – at 22 years of age.

At the 1988 Olympic Games in Seoul, Naim showed his dominance in the sport once again; lifting a weight which was enough to win the weight class higher than his own.

Arguments Over Representing Bulgaria and Turkey

Until 1986, Naim represented Bulgaria, his home country. However, he defected to Turkey in 1986, representing them at the World Cup finals. Bulgarians weren’t content with this decision; they demanded 1 million dollars if he was to compete internationally for Turkey.

Eventually, the Bulgarian government was paid the requested amount, and Naim began competing for Turkey from 1986 onwards.

In 1990, he retired for a brief period of time, before making a successful comeback in 1992, at the Olympics in Barcelona. Four years later, he won his third consecutive Olympic gold medal at the Atlanta Games.

The contest in Atlanta is remembered for the rivalry between Naim and Greece’s representative Valerios Leonidis. The audience was divided into Greek and Turkish crowds; each nation cheering for their representative to win the gold medal.

After Naim lifted 187.5 kilograms, Leonidis attempted to lift 190 kg – however, he failed, bursting into tears after taking the silver medal. After the event, one of the announcers said; “You have just witnessed the greatest weightlifting competition in history.” 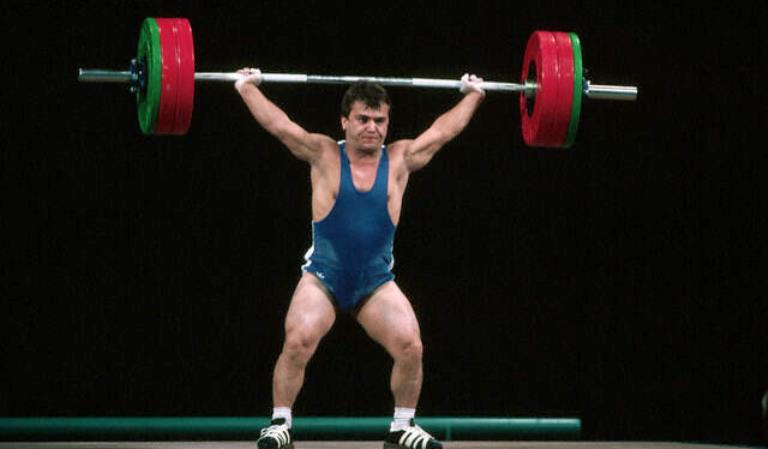 In 2000 at the Olympic Games in Sydney, Naim made another comeback, in an attempt to earn his fourth consecutive gold medal. However, he failed to place – as a result, he was eliminated from the Games.

After the contest was over, Naim officially retired from competitive weightlifting. He’s become involved in politics in Turkey ever since. 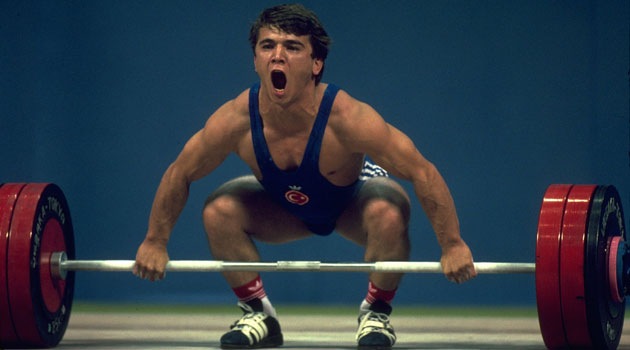 When Naim first started training, he used weights that were roughly 80% of his own body weight. He also used a special light bar, to help him with his form.

Over time, he gradually increased the intensity of his training; introducing more complex movements such as deadlifts, snatch, and squats.

These are some of the compound exercises Naim regularly performed as a teenager; 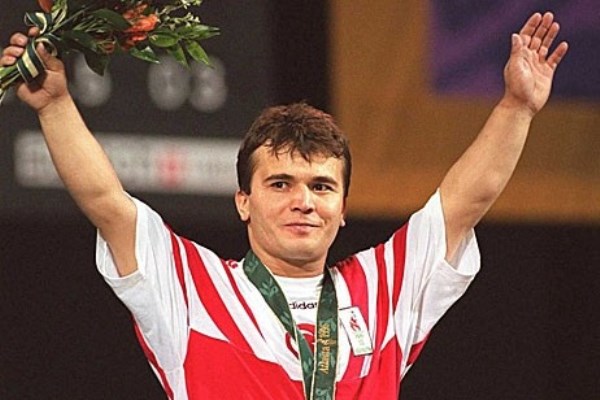 What we can learn from Naim Suleymanoglu

Looking at Naim’s example, we can see that difficult moments might sometimes build strong characters. He had a rough childhood; having poor parents who worked around the clock just to survive.

However, the rough patches he had to go through early on proved to be a “blessing in disguise”; allowing him to overcome obstacles with much more ease later on in his life.

One thing we can learn from Naim is; never see difficult moments in your life as something negative, for they may prove to be a gateway for a better and more fulfilling life – this was the case with Naim Suleymanoglu.

Just like Muhammed Ali, Naim Suleymanoglu became the greatest in his sport. They both
proved a person can overcome great difficulties facing them and reach their goal, if they have
strong belief and determination. They both set such wonderful examples for others, young and old. I love them both. Naim Suleymanoglu is seriously ill at this time. I pray that God will allow
him to get back to good health and live many more happy, healthy years, yet.
We thank him for all the admirable and good acts he did in his life up till now; may he live to do
more good still, insallah (God willing)!