The English-born rugby player and MMA enthusiast turned an unforeseeable sporting injury into a positive. He made the switch from playing on the field to becoming one of the top fitness models on the planet.

He’s rubbed shoulders with the likes of Rob Riches and Shaun Stafford, he’s been lucky enough to have a huge support network that’s has helped him stay sharp and focused, and he’s always more than happy to help others who need the extra push.

From seeing Arnold for the very time first as a child, and becoming obsessed with the “Austrian Oak,” Myles has emulated his idols and followed in the same footsteps by creating an incredible physique of his own. He’s risen to the top of his game and continues to impress the world with his awesome eight pack and huge arms. 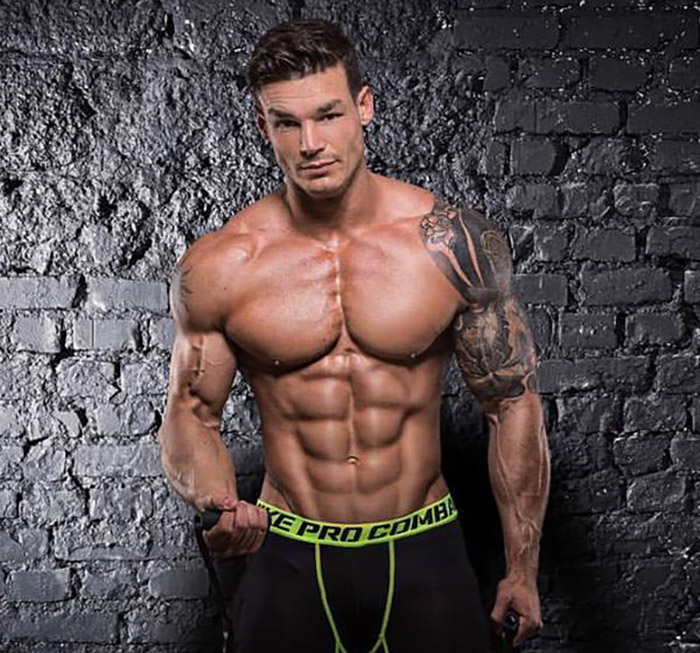 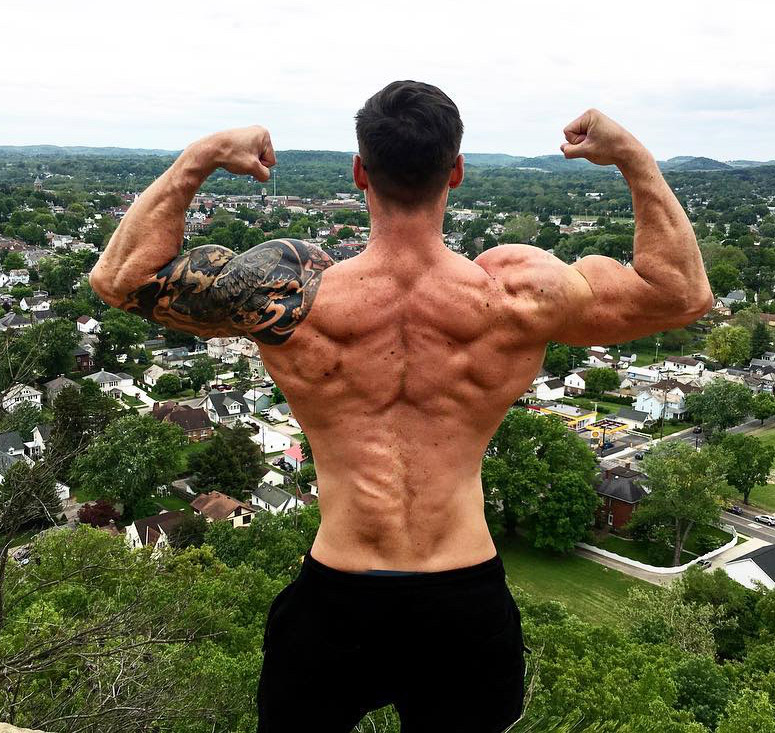 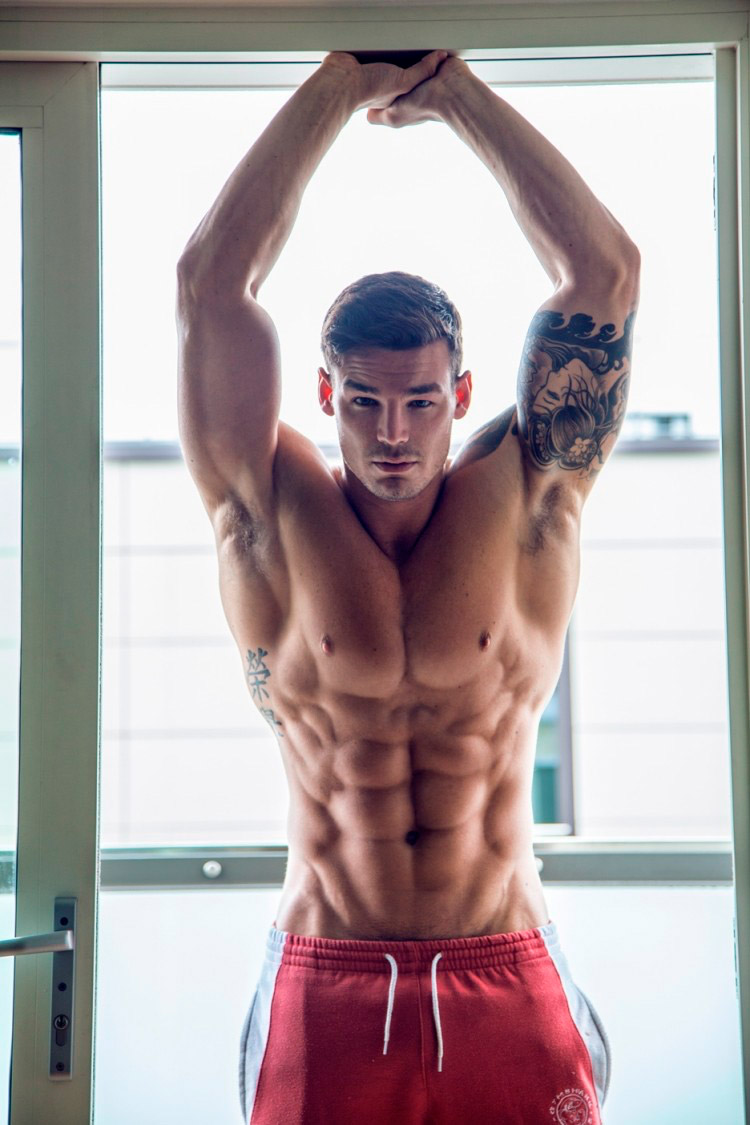 Myles Leask first started training when he was 6 years old. He took part in rugby and mixed martial arts, Leask enjoyed every minute of the rigorous training and strict regime that comes with sports.

It wasn’t until he was 18 years old that Myles got his hands on his first set of weights. His aim was to build more muscle to surpass his competitors on the field and in the gym. But, unfortunately, an unforeseeable accident prevented him from continuing his love for rugby.

This is when he found his second addiction, weight training. As Myles puts it “I haven’t looked back since, because as we all know, this is one hell of an addiction.”

His intensive competitive nature and drive helped Myles to stand out in an industry that’s increasing becoming more competitive. But one thing pushed him to continue and succeed above the rest, and that is, he loves it.

“For me I’m super competitive and in an industry where everyone is always upping their game you have to make sure you’re working at least as hard as everyone else but to be honest the main reason I keep going is because I love it.” 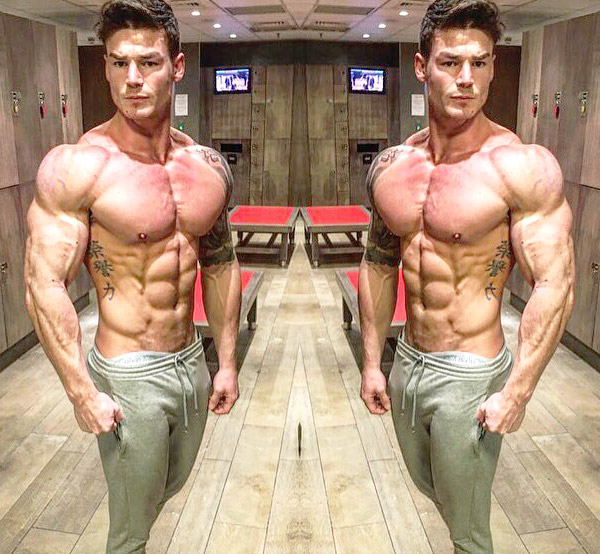 Support In The Industry

He’s got some great friends around him in the fitness industry, even with his drive and determination, he’s no stranger to slipping back. If his friends see him moving off target, they’ll quickly support him by giving a kick in the ass to get back in the game.

Some of Myles’s proudest moments is when he began featuring in the very same magazines he read religiously only a few years before becoming a model. Also, when he visits his hometown and sees his face on billboards and supplement ads fills him with a huge amount of pride. 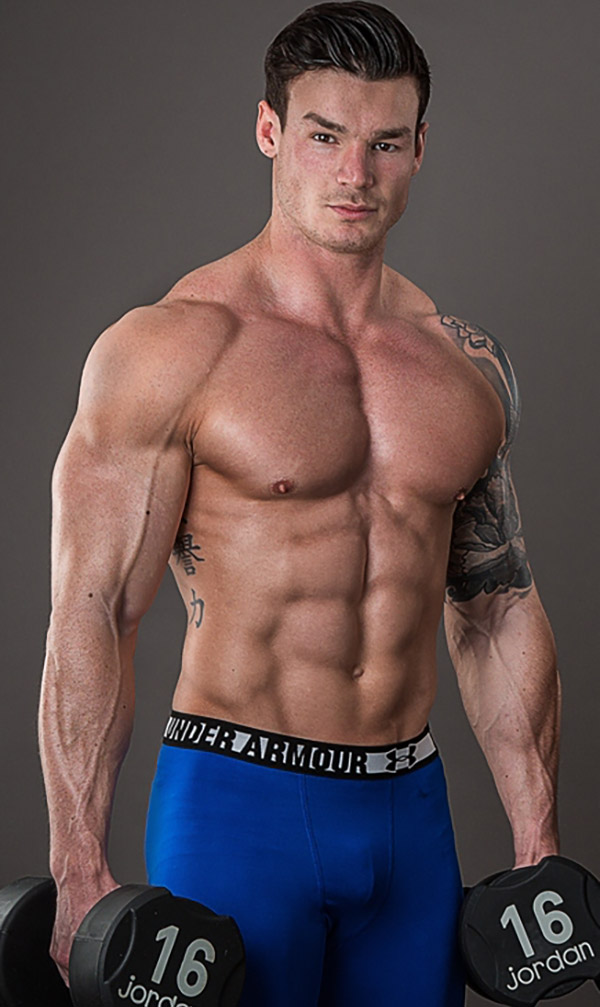 “Everyone can nail the training part of things to a tee, but nutrition is what’s really important.”

Myles is a hard worker in all aspects of his life, but it’s not all brawn over brain, he’s a calculated and controlled man, especially when it comes to training.  His workouts are intense and designed to give the best results possible.

He uses drop sets, german volume training, pre-exhaust training, tri-sets and super sets. As we can see, Myles knows his stuff and it really shows with the incredible body he’s created. His sets are between 15 and 8 repetitions and rest periods are no longer than 60 seconds.

“Typically, in all my training everything revolves around a body weight pre-exhaust so say for chest I start with 3 sets of press ups to failure before I start working with weights. Then it’s usually a tri set followed by a drop set and with a super set to finish usually bodyweight exercise paired with resistance.”

For cardio, Myles will perform a fasted session almost every day at 6am, this, he says, “is because I’m a creature of habit and I really don’t mind cardio at all I stick Netflix on and hit between 60-90 minutes a day of LISS usually on the X-Trainer as it allows me to do it every day without too much impact on my joints and other training.” 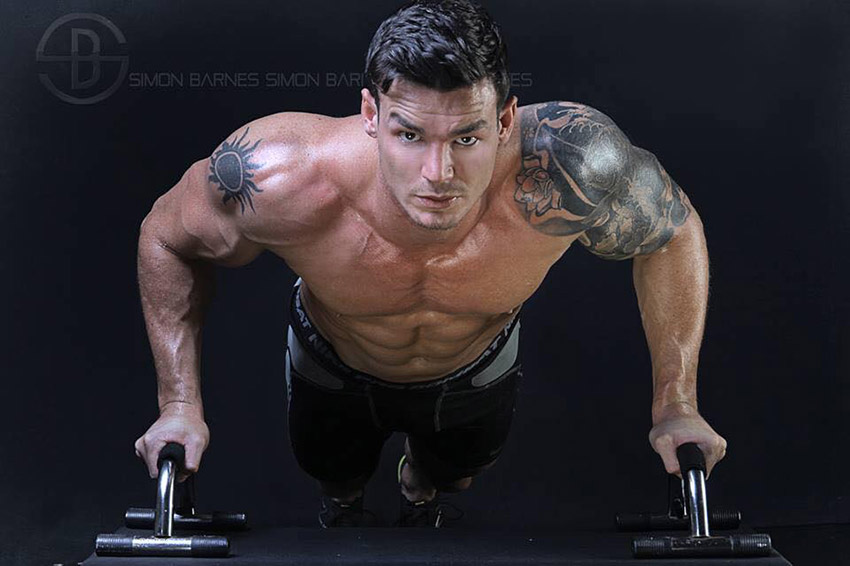 One thing that Myles took a long time to realize was he wasn’t eating enough to make the necessary progress needed. This, he says, is the biggest reason people don’t see the results they want, simply because of undereating.

Myles will generally tend to carb cycle through his training schedule. This is what gets him really shredded. This works the best for him in the long run. The rest of the time, he’ll stick to a healthy macro balance of good fats, carbs, and proteins. Somewhere between 40% Protein 30% Fats and 30% carbs. His carbs are normally taken post workout to avoid fat storage.

He’ll try to stay lean most of the year round, as this helps with his career as a model. But it’s never the same, says Myles, “However there are always certain jobs when they want me to pack on a bit of size or drop a bit depending on the role.” 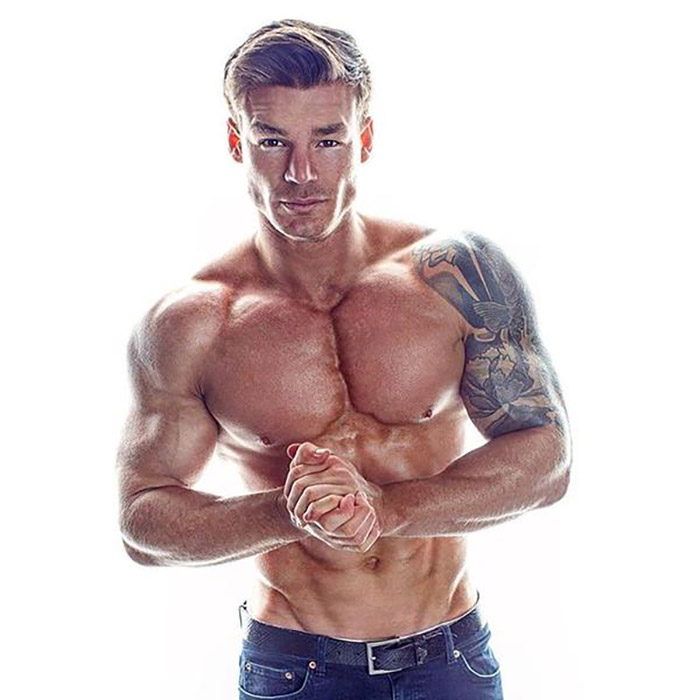 For Myles, his biggest influence of all is Arnold Schwarzenegger, from the very first moment himself and his father watched Preditor at an early age, he immediately became obsessed with the larger than life character.

he’s read every book Arnold has ever written and always tried to emulate his main idol ever since he was a young boy. Myles admires his amazing physique, but also his determination and focus that’s made him a legend.

He’s also been lucky enough to meet some of his other idols in the same area of work as himself. Such as Rob Riches and Shaun Stafford. During other photo shoot and promotional work, Myles says, “right from the beginning they were always happy to chat and help me in any way they could.” 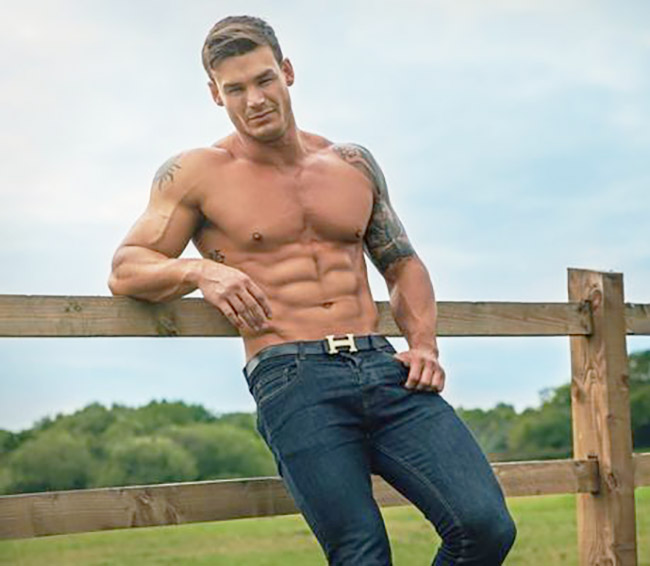 “I remember when I first started I just couldn’t get my chest to grow and so I went up to this guy in the gym who was a lot older and a lot bigger and had a chest like two paving slabs and just said to him how?”

What we can learn from Myles Leask

Myles has a naturally competitive attitude that’s landed him on the top spot of the modeling world. He’s worked hard and made his dreams into a reality. It’s not all genetics that’s gotten him to where he is today, its’ hard work night and day determination to make it to the top. With the same attitude and drive, you too can achieve greatness.

There are some pieces of advice that he’s shared with anyone looking to get into fitness for a hobby or something a little more serious. This advice is;

With this advice and the same determination as Myles, you too can be on your way to greatness.