Throughout the duration of his career, he has become renowned for having the ability to switch between strongman and bodybuilding with ease.

Having an excellent physique from an early age, allowed him to gain size rapidly to become one of the biggest bodybuilders in the sport today. 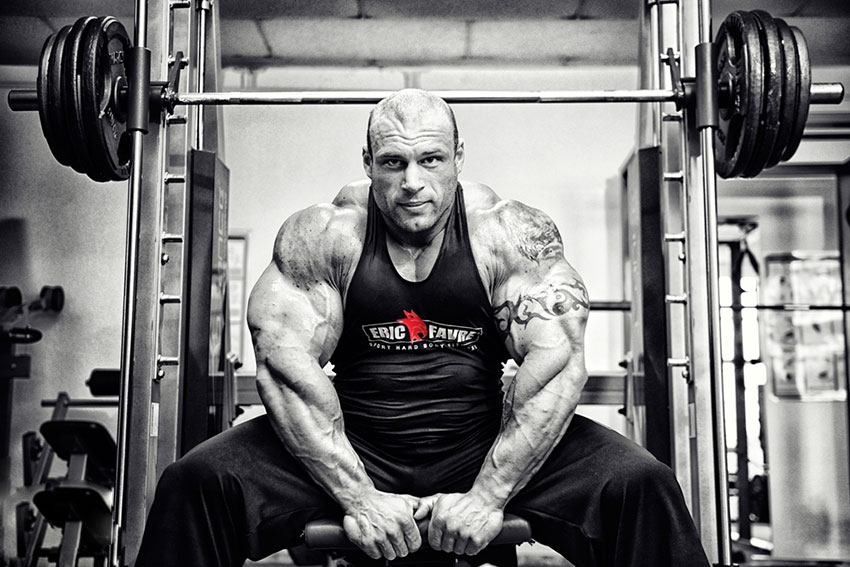 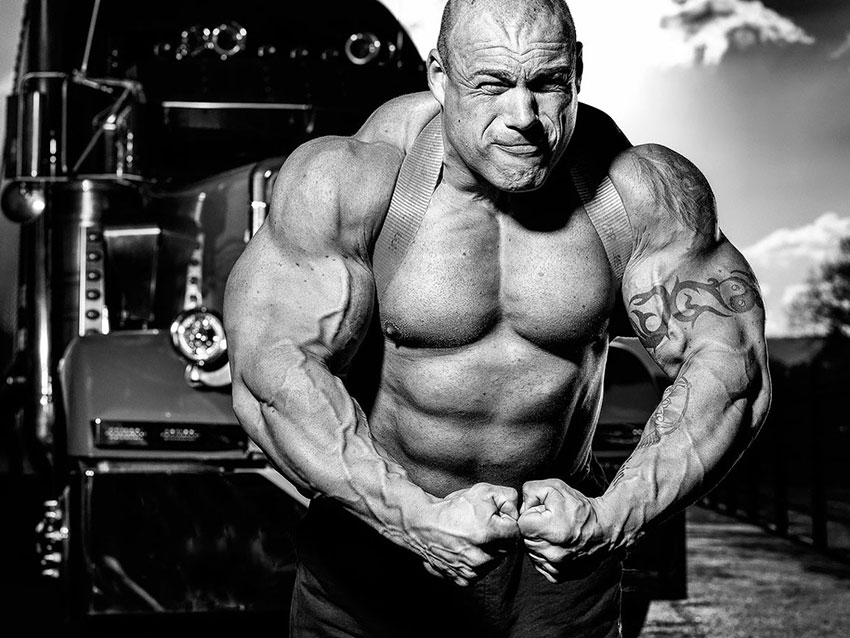 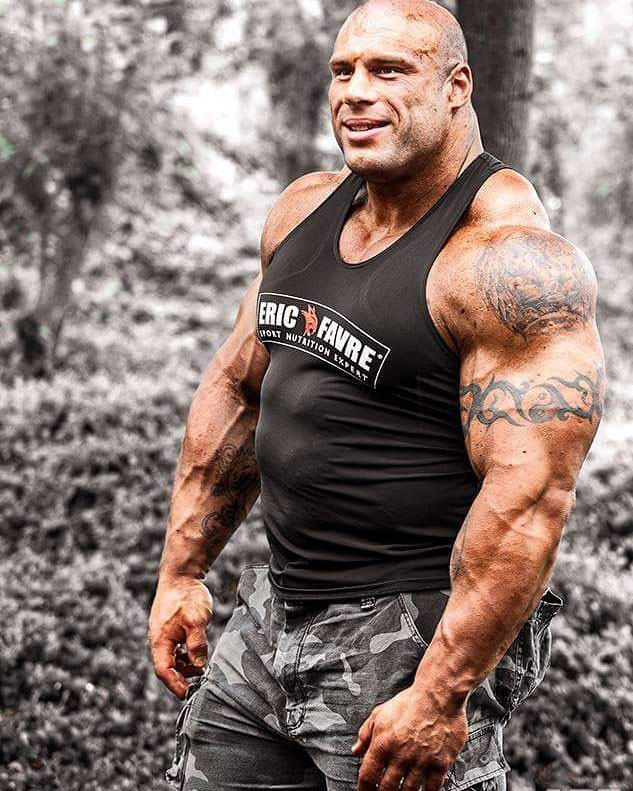 Morgan Aste was born on the 26th August 1983 to Roberto and Annie Aste in Clermont-Ferrand in central France.

Throughout his childhood years, he spent time living in both Victe-Le-Comte and Lissac and became interested in competitive sport from a young age.

This allowed him to acquire an excellent physique, causing him to be consistently asked if he lifted weights.

Aste soon realised that his excellent physique could be taken to the next level, so he began weightlifting at the age of 16.

It didn’t take long for him to acquire a considerable amount of size, and by the age of 20 he weighed a hefty 195lbs. 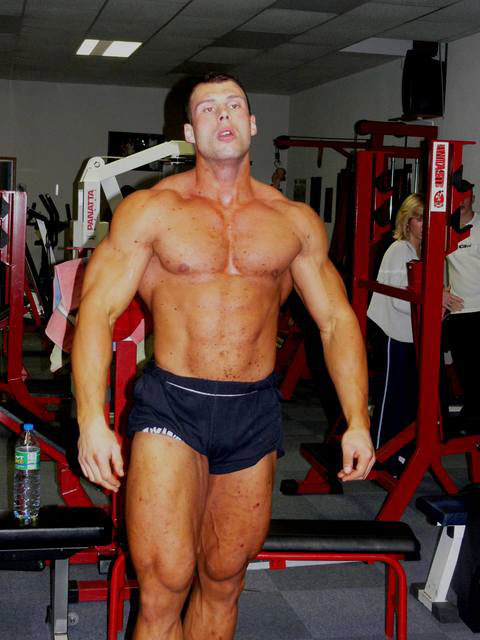 Morgan Aste in his earlier days.

Turning to the Professional Stage

Aste took his bodybuilding career the the next level in 2000 having gained some serious size in his early days of weight training.

He began to compete competitively at amateur level, and continued to do so throughout his 20s.

After taking part in several amateur level competitions, Aste made the decision to move into Strongman, emphasizing his immense capability of making the switch to other sports.

By 2010, he had earned himself a first placed finish to become the strongest man in France, and added further to his list of honours in 2013 where he again won the same title.

After competing in both Strongman and Bodybuilding events in his career so far, Aste decided in 2014 that it was his wish to make his mark on the American bodybuilding scene.

He had become succesful on home turf as well as in other countries across Europe however now wishes to focus on bodybuilding.

He is currently awaiting his pro card and has made it his ultimate ambition to become succesful on the Mr Olympia stage, eager to follow in the footsteps of his idols. 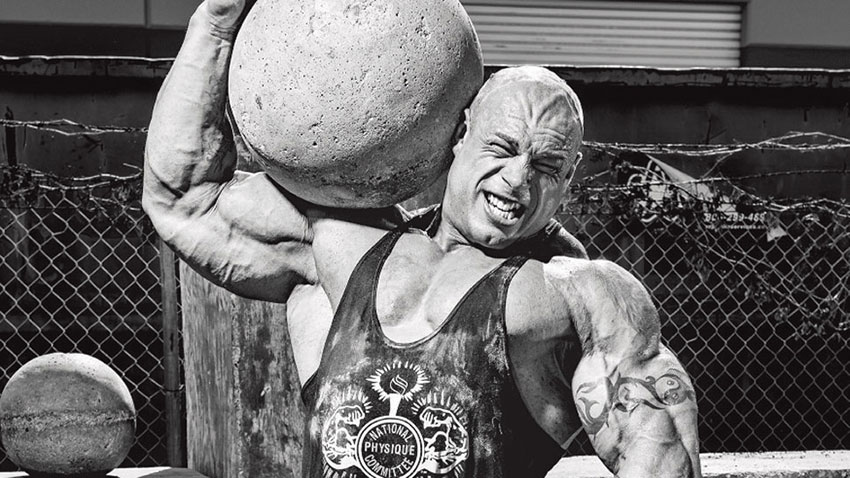 When starting out in bodybuilding, Aste began to train with trainer René Même, and continues to do so to this day.

Switching between bodybuilding and strongman, his training differs depending on which sport Aste is competing in.

He follows a training plan set out by his trainer, with two training days followed by a rest day in which two muscle groups are worked.

His training alternates between high intensity and heavy sets for each muscle group which changes weekly.

When training for a strongman competition, Aste generally follows the routine below:

Aste is renowned for his huge arms, and generally follows the below routine in order to maintain : 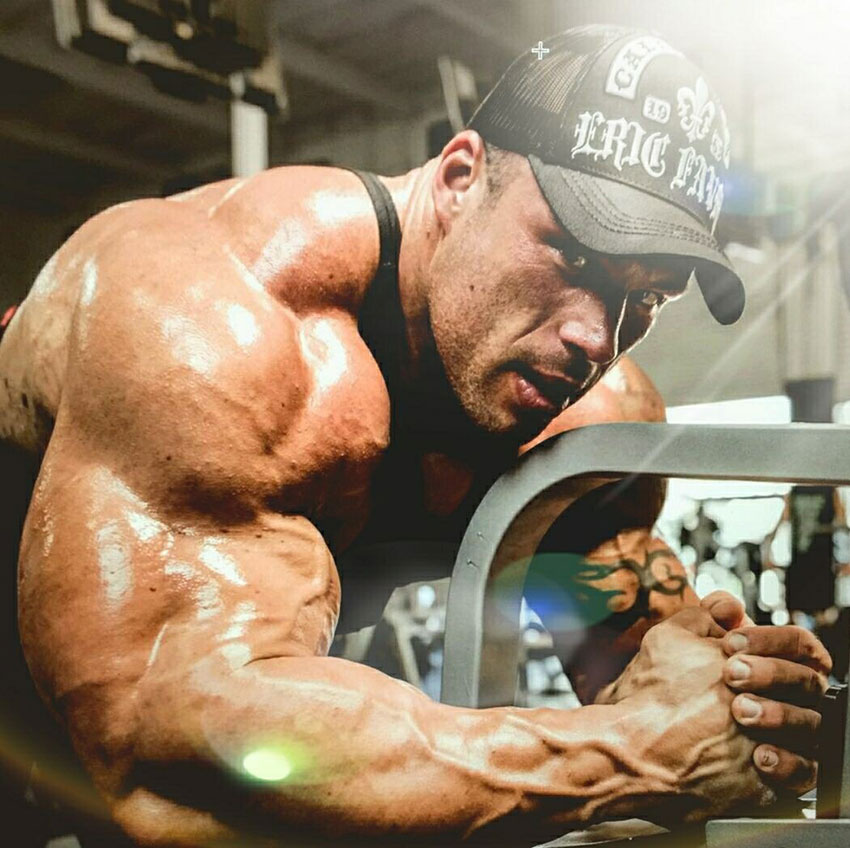 Morgan Aste follows a daily diet which consists of seven meals in total for his off season diet. Which enables him to continually add lean muscle mass.

His meals contain a balance of protein, complex carbs and healthy fats along with a piece of fruit with most of his meals.

The meals which form his daily diet are listed below:

Meal 3: 450 grams of meat or fish
300 to 500 grams of carbs
Green salad or mixed vegetables with olive oil
Piece of fruit 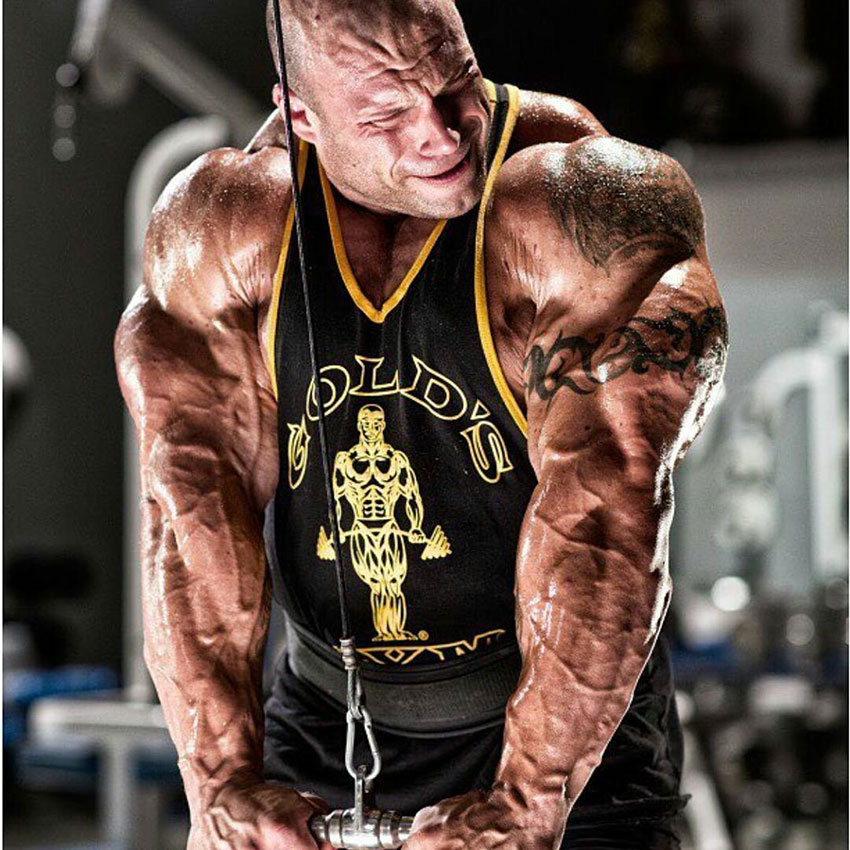 Becoming involved in sports from a young age, Aste was able to build a physique that meant bodybuilding would come naturally to him after being asked regularly if he lifts weights.

Upon commencing a career in bodybuilding, Morgan Aste’s ambition was to gain as much size as possible.

Aste mentions bodybuilding legends Arnold Schwarzenegger and Ronnie Coleman as his main influences as he looks to take America by storm.

Aste states: “Arnold Schwarzenegger, because he is a legend, and for me, Ronnie Coleman is one of the greatest bodybuilders of all time”. 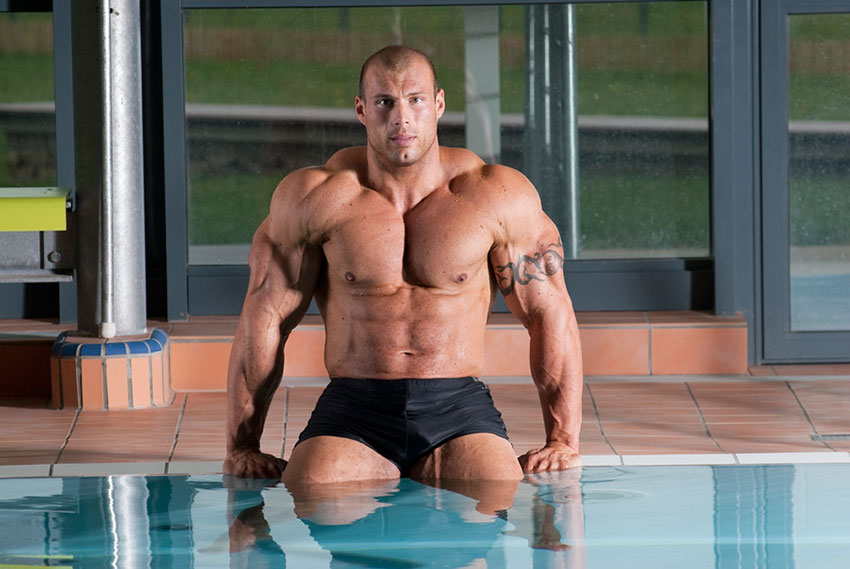 What we can learn from Morgan Aste

Given his athletic physique, he was able to add serious mass from an early age.

And by taking influence from some of the bodybuilding greats, Aste has come a long way since entering the sport.

Throughout his career he has made known his ability to switch between sports and prove that bodybuilders are capable of lifting extremely heavy weights.

He now looks to prove himself on the bodybuilding stage in America, aiming to reach his ultimate goal of competing in Mr Olympia.

God bless Morgan. He will be the best of the best as he has the determination and drive to achieve his goals. His parents can be proud of the son they raised. My hats off also to one heck of a great coach.

What an awesome totally natural physique. For those who say you can’t get this big without using illegal, organ -destroying steroids, …….you’re totally right!!

T…you do know John Jones (the comment before yours was jerking our chain…) ?? P.S. I’ve read a few articles, to add my 2¢, that stated there is no way to big (hugh) naturally. Not even taking a ton of shit & eating like a horse are you going to get IFFB big. Heard tell that the IFBB’s “natural” division was crap as those guys were on their way up to getting hugh vs not using roids @ all. Not sure if any of this is true, false or somewhere in between.

I love Morgan Aste. My favorite bodybuilder in the entire world. I’m gonna have a body like him one day, without steroids. The Lord works miracles. Jesus said, “ask anything in my name, and I will give it to you, that my Father in Heaven may be glorified”. Amen

The guy is monstrous but we all know that this type of size is not achievable without pharmaceuticals. Very good ones and lots of them. If we are naive enough to believe that any top sportsman is “natural” we are sadly mistaken. Admittedly many guys are taking steroids but do not achieve this level

I like the fact he shifts between strongman and b-bing, I believe that gives his body the chance to break plateaus and keep test high test levels.