Known for his outstanding physique and confidence, Egyptian-born Mohamed El Makkawy (AKA. Mohamed Makkawy) is among the greatest bodybuilders of all time.

Standing at 5’3″, the IFBB legend is perhaps the most underrated athlete in the industry. But he’s held in the same regard as Franco Columbu and Frank Zane – especially by Lee Haney, who Mohamed defeated 5 times out of 8.

Throughout a hugely successful career, Mohamed won numerous competitions and received the highest sporting accolade in Egypt. He’s cemented his place as an icon in the industry and the hero of his home country. 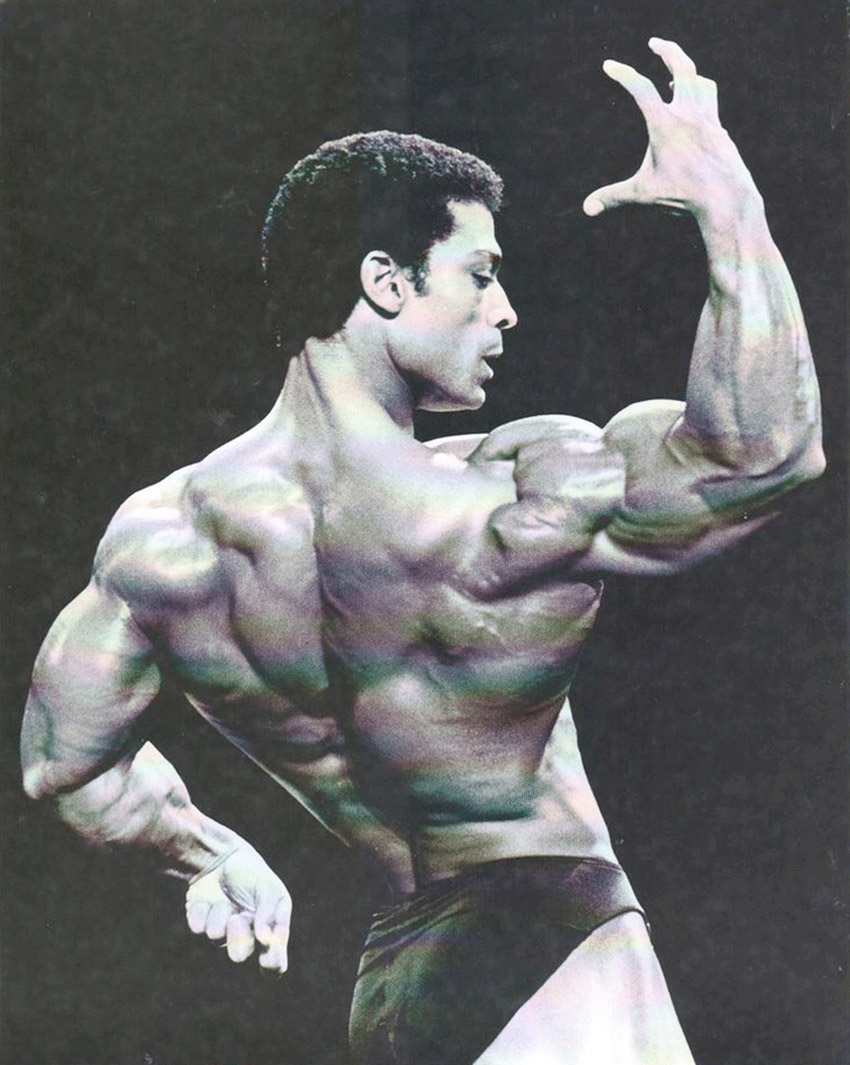 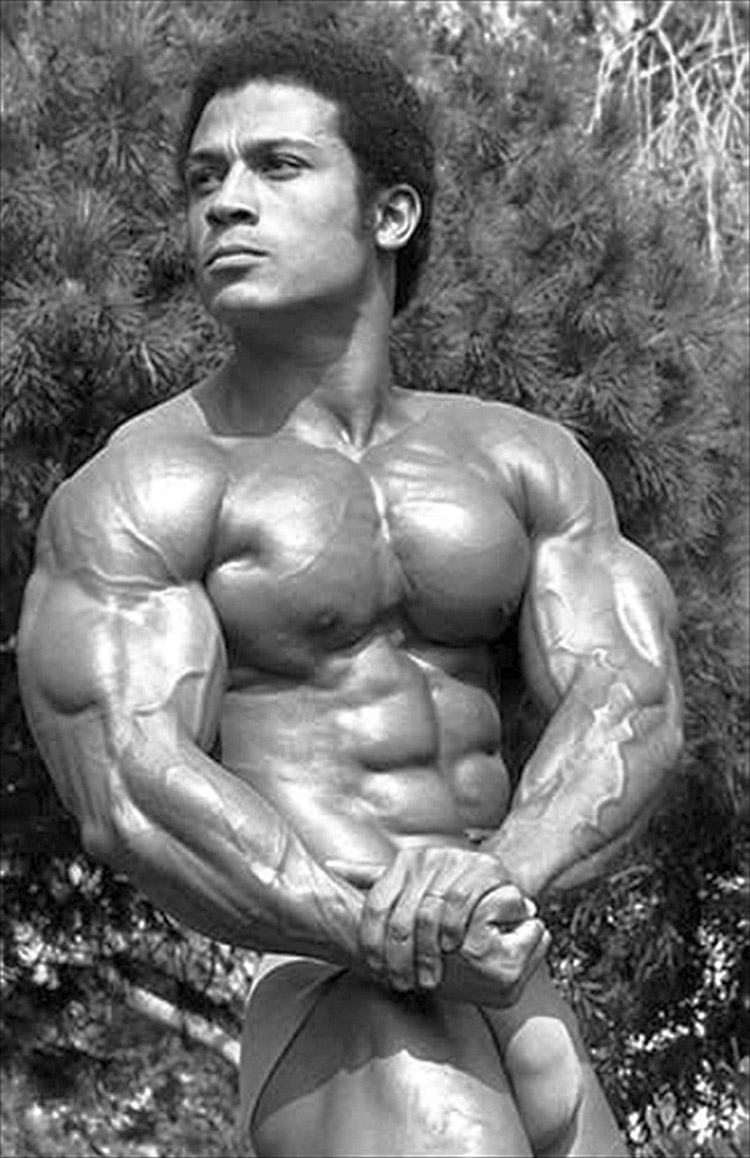 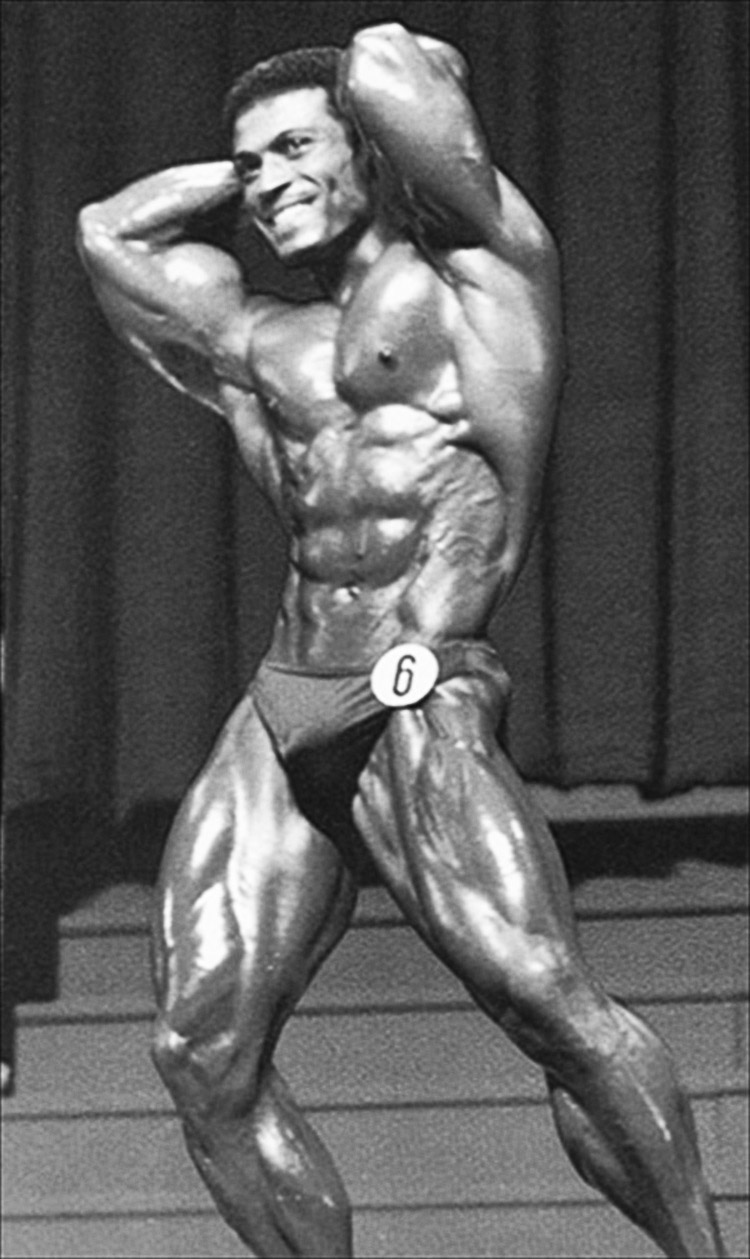 Born in the land of Pharoahs, Egypt, Mohamed began weightlifting in 1976 at 14-years-old, becoming fascinated by the world of fitness. Originally, his aim was to increase his strength in the gym, but it wasn’t long until he’d made serious progress in the gym.

Mohamed started to wonder where his passion would take him. With a naturally competitive nature, the Egyptian decided to work towards winning a powerlifting contest.

By the age of 16, in 1969, Mohamed’s intense training had paid off – he was ready to compete. He walked away from his first contest as the new Junior Middleweight Powerlifting Champion of Egpyt after achieving a 135kg Clean and 110kg Snatch.

However, he didn’t find the strength sport very fulfilling.

After being inspired by the likes of Arnold Schwarzenegger, Mohamed set his sights on sculpting his dream physique. It was at this point that he began his journey into bodybuilding. 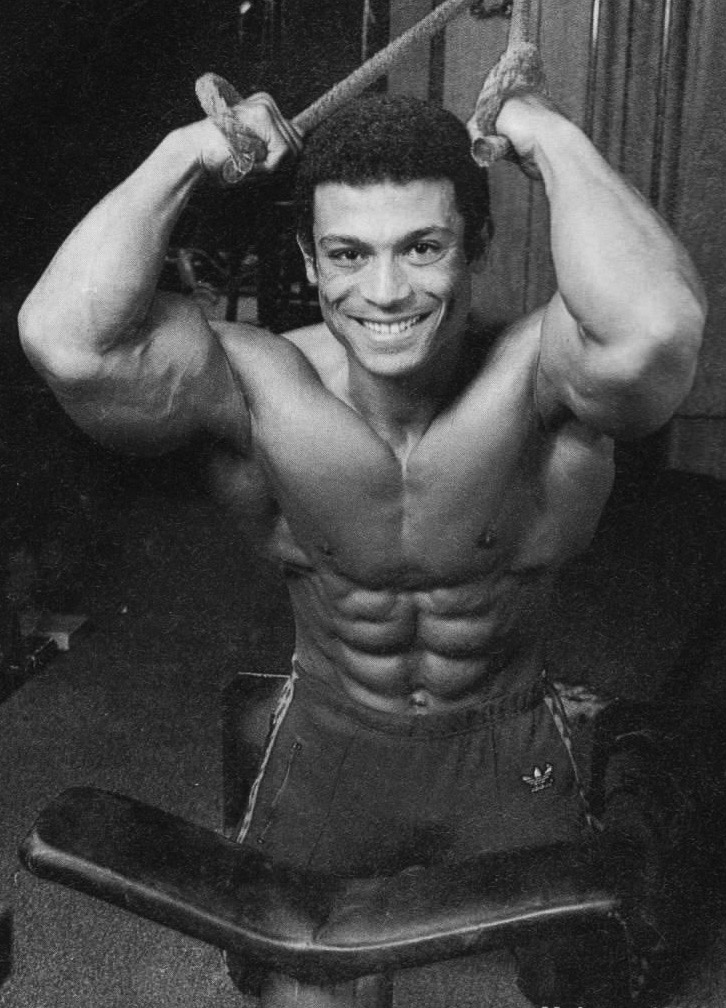 The future IFBB Pro stepped up his game over the next 3 years to realize his ambitions, and he’d soon built a formidable body. In 1972, Mohamed entered his first bodybuilding show – the IFBB Mediterranean Championship.

Although he didn’t win, he’d placed 3rd and gained valuable experience in the sport. At this point, he was more determined than ever to take his first trophy home.

Between 1972-1976, Mohamed made significant improvements to his physique. He placed higher in every competition that he appeared in, building a reputation for his perfect symmetry.

During this period, he placed 3rd in the 1974 Mediterranean Championship and won the 1975 Mr. International and 1976 Mr. Universe competitions. A year later, Mohamed achieved what he’d been working towards since the start of his journey.

In 1977, he realized his dream of becoming a professional bodybuilder after earning his Pro Card at the Mr. Universe show. But this was just the beginning. 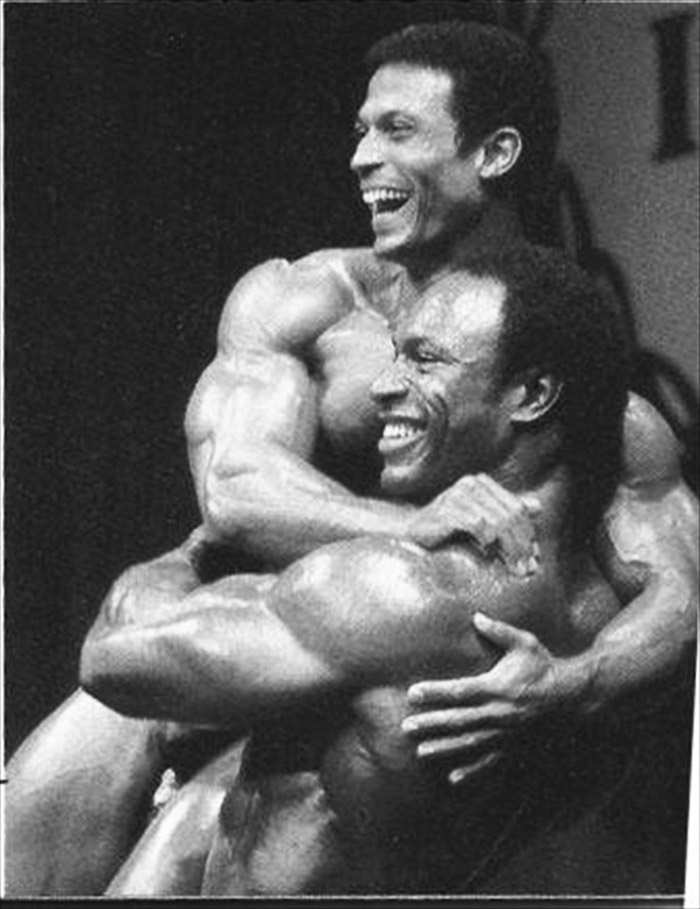 Riding high from his success in 1977, Mohamed moved to America to chase more success. Over the next 5 years, Mohamed competed in a further 13 shows, gaining more experience and becoming renown for his incredible body.

He managed to place in every contest, but his most successful years as a competitor was between 1982-1983 –  he took home 6 trophies, beating the likes of Lee Haney in the process.

After his string of victories, by the age of 30 in 1983, Mohamed had become one of the greatest bodybuilders in the world.

Although he’d enjoyed great success at the top of his game, the sport changed during the last 16 years of Mohamed’s career – the judges began placing his amazing symmetry behind the new breed of bodybuilders who trained for size.

Refusing to compromise aesthetics for bulk, Mohamed stepped on the stage for the final time at the 1999 IFBB Night Of The Champions. At the age of 46, after building a legacy through a career spanning 27 years, the Egyptian decided to pursue a new path.

He began helping others to achieve their own dreams, using his vast experience to train a new generation of bodybuilders. 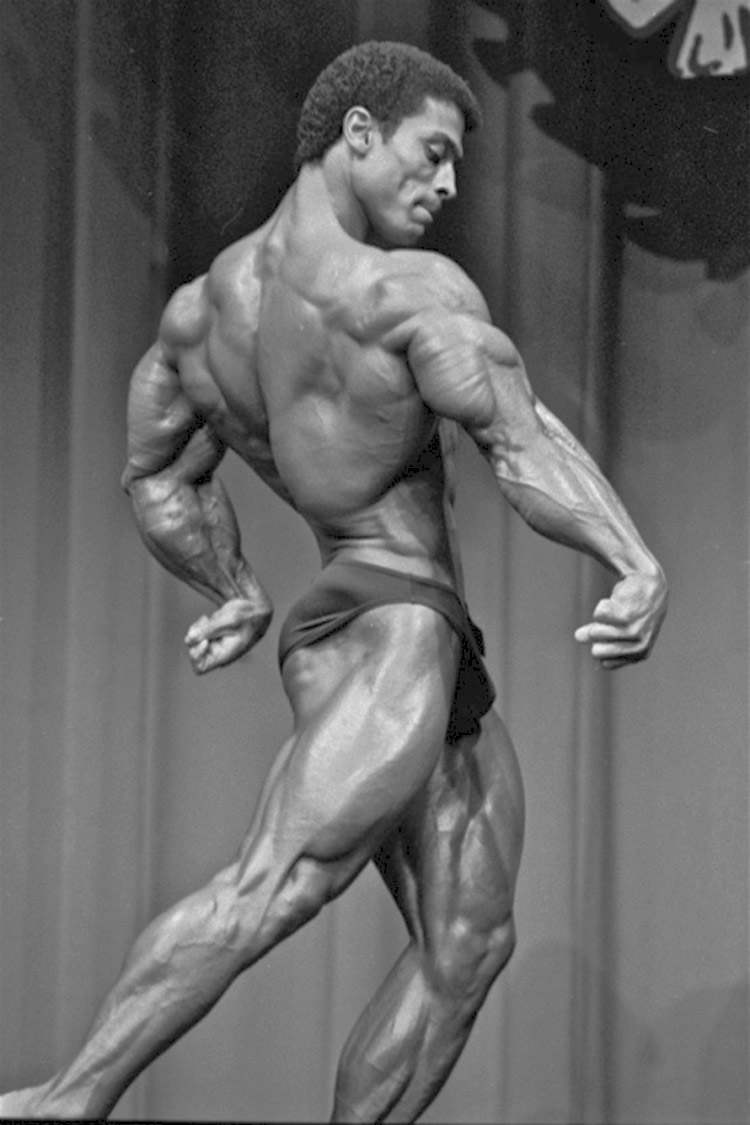 Mohamed followed an intense training plan to sculpt his dream physique. His reps ranged from 8-25, mostly lifting to 5 sets. He’d train 6 days per week, focusing on one muscle group each session. 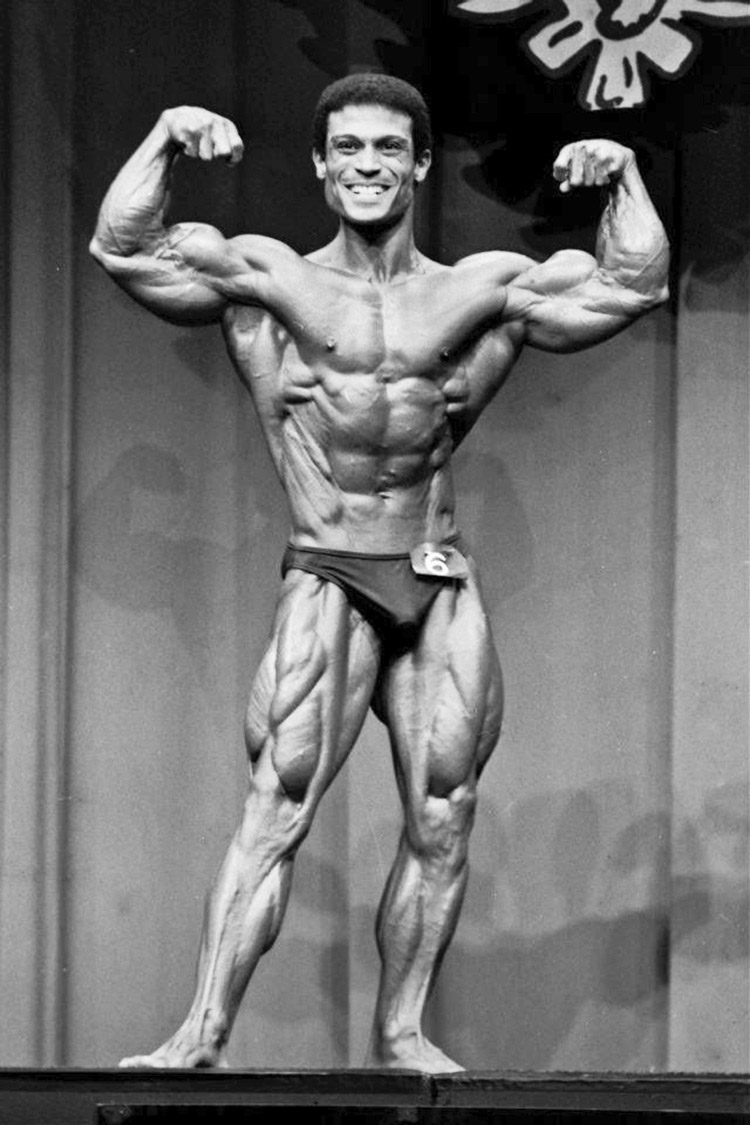 Mohamed is infamous for following extreme diets before stepping on stage at competitions. He consumed only chicken, fish or other meats with no carbs when preparing for a show. 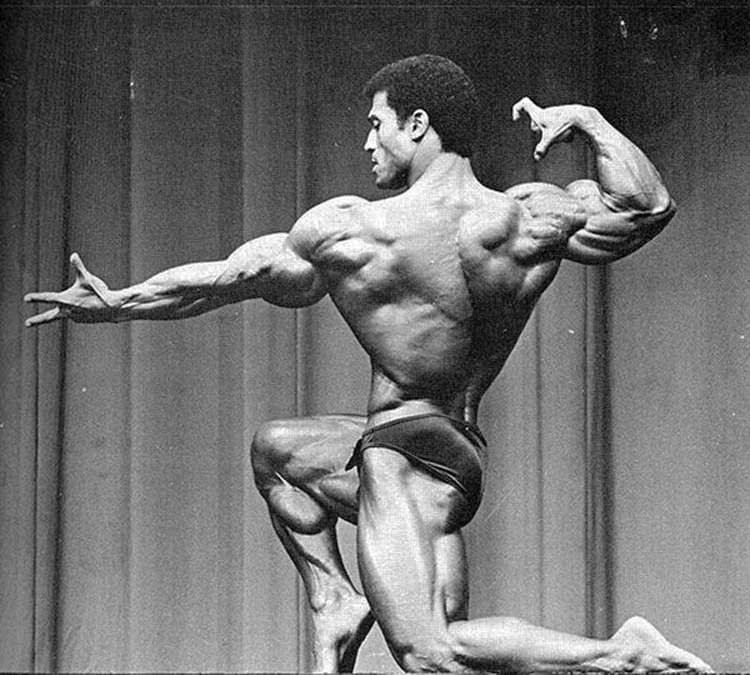 Mohamed is the inspiration to many stars in the modern era. However, he names both his trainers, Vince Gironda and Bob Kennedy, as the people who pushed him towards success. 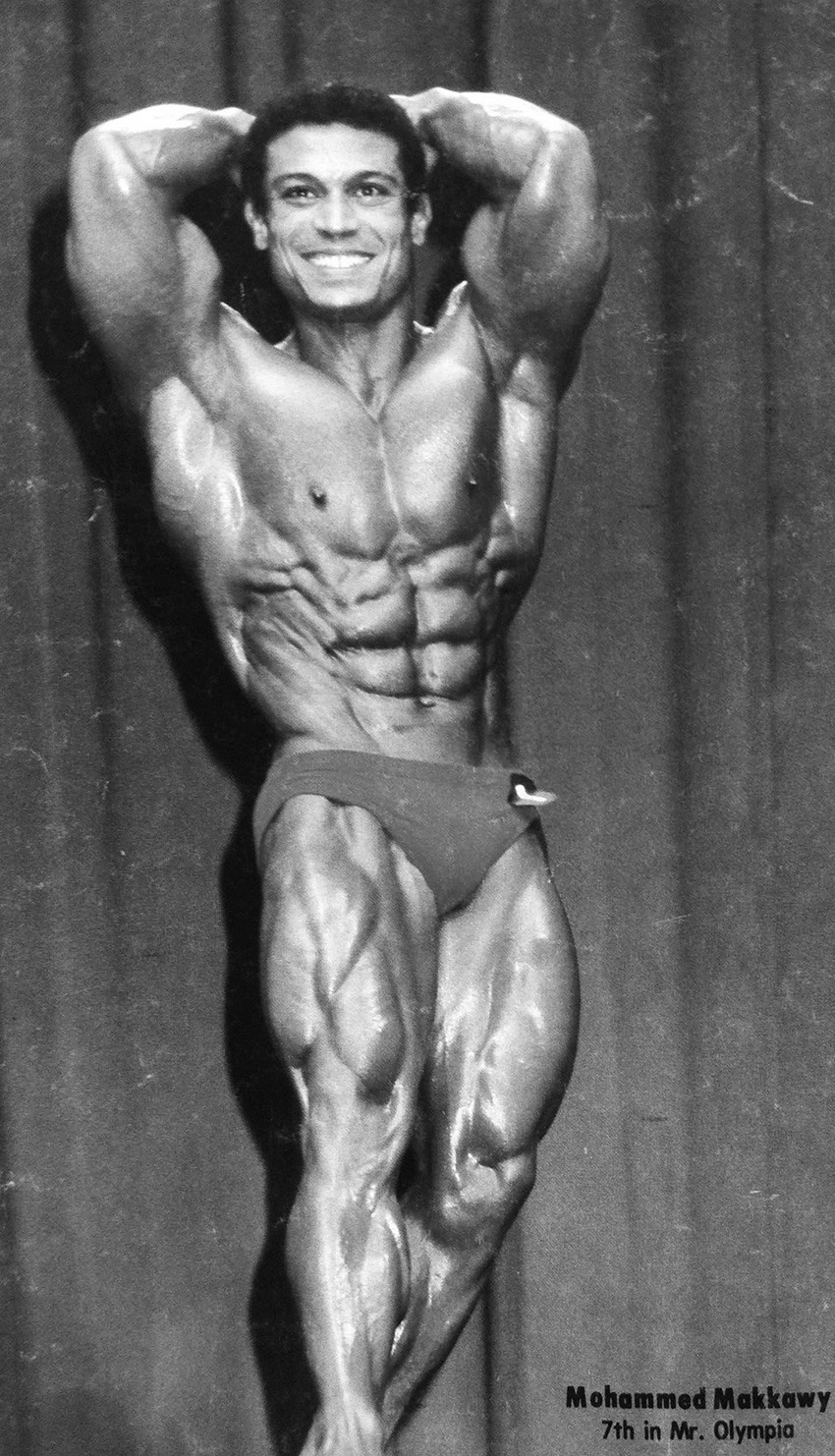 What we can learn from Mohamed Mokkawy

Mohamed has taught us to always follow our dreams. He began as a junior in Egypt and retired as a bodybuilding legend.

One thing we can take away from Mohamed, is that sometimes you have to make sacrifices to be the best – he’d live off no food for the last week before the competition to get into the best shape he could.

It’s this level of determination and commitment that made him into a bodybuilding legend.

[…] 1983, Samir stepped on stage at the Mr. Olympia, alongside such bodybuilders as Mohamed Makkawy, Lee Haney, Frank Zane, Bertil Fox, and Ed Corney. Although he was battling against fierce […]

THE EARLY DAYS ,, THERE WAS MAGIC GLORY AND STAMINA ,,, GREAT BODYBUILDER IN AN ERA OF TRUE MEANING OF BODYBUILDING – HUMAN PHYSIQUE …..
TRULY FABULOUS TIME OF SPIRITUAL BODYBUILDERS .

Good inspiration for us short guys- also a “Giant Killer” like Padilla.

Hi, a have one question.
What all people doing here?
Why we dont living with real life?

I love it and you are the best. Your are the great man.

you were the one who inspired all Egyptians to love bodybuilding!!!