Mohamed El Qadi is a doctor, classic bodybuilder, and body transformation specialist from Cairo, Egypt. He’s famous for his bulging biceps and rock-hard abs, which he showcases on bodybuilding stages across the world.

However, Mohamed wasn’t always a picture of strength and muscles. In fact, when he started his transformation, he had a ‘skinny’ frame. This is what initially pushed him to seek out weightlifting – determined to improve upon his physique.

By the end of his first year of training, Mohamed already saw massive progress in his muscles. This kept him pushing for more. Throughout the years, his experience grew even further to become strong, functional, and ripped at the same time. 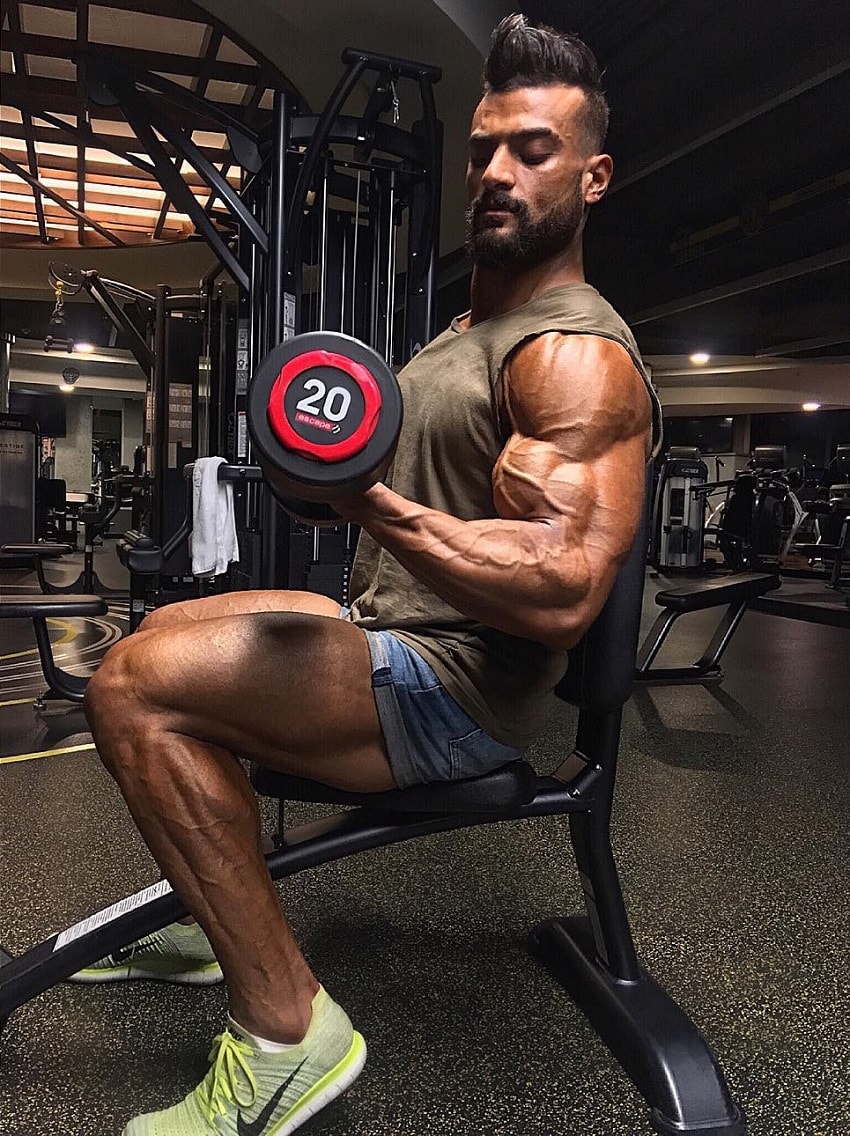 “Impossible is just an opinion. You can be whatever you want only if you believe you can. Believe 100% in yourself even if the whole world doesn’t.” 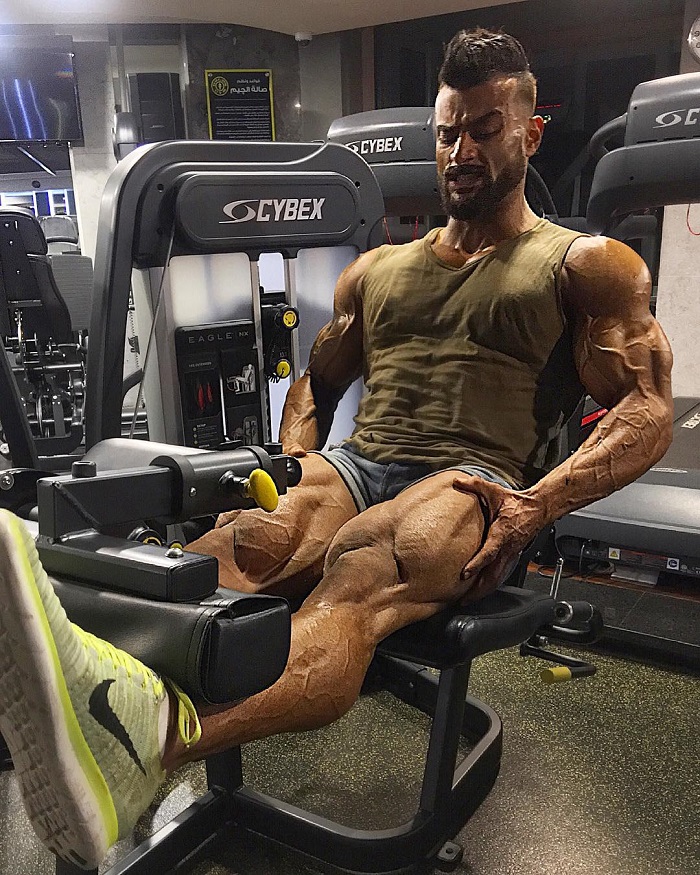 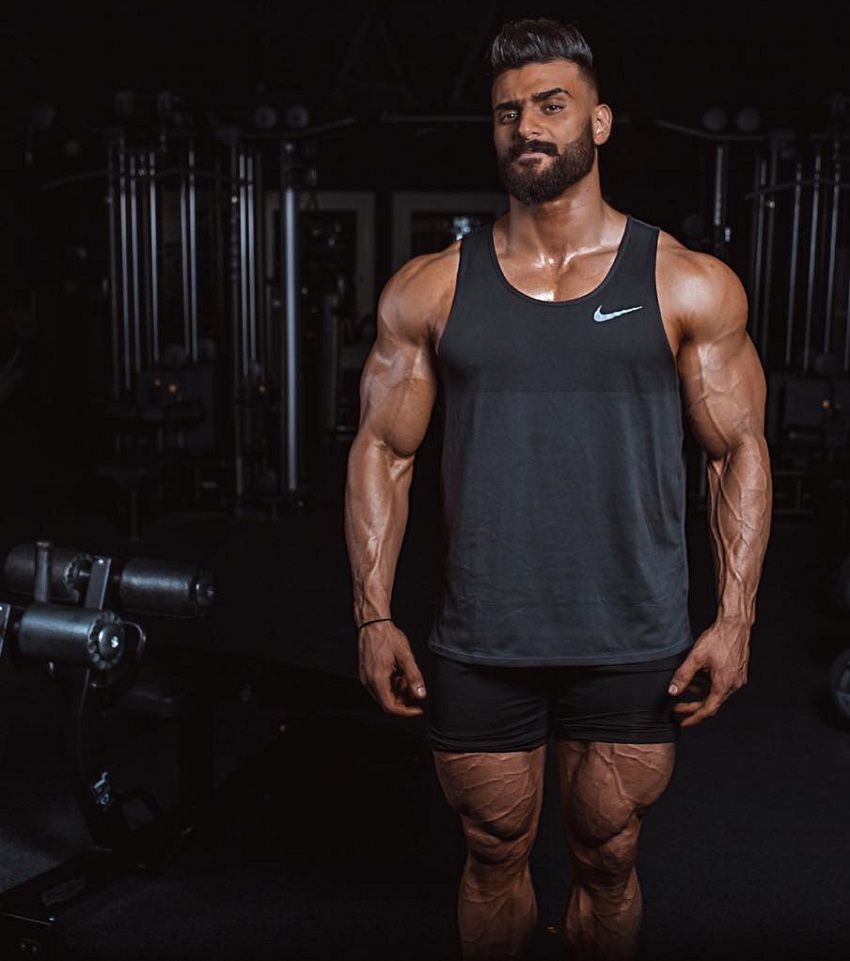 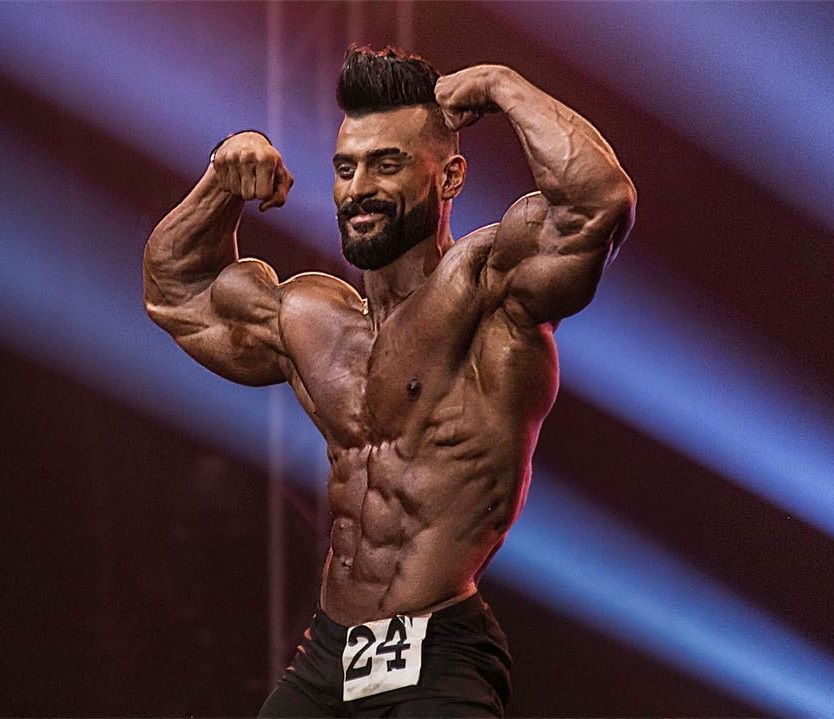 “No time to waste. Just dreaming big, working hard and being 100% disciplined.”

Mohamed is a huge believer in using free weights. They help him hit multiple muscle groups equally, leading to balanced growth. However, Mohamed also stresses the importance of isolation exercises, which help him strengthen his supporting muscle groups.

By focusing on all body parts equally, Mohamed avoids having muscle imbalances. This ultimately helps him decrease the risk of injury. Mohamed’s motto in training is that you’re only as strong as your weakest muscle group.

As for sets and reps, Mohamed always mixes things up. There are times where he’ll train with 4-6 reps per set to improve his strength. However, during contest prep, he usually trains with higher reps to carve out a ripped physique.

Mohamed typically trains each body part once per week. He likes to exhaust his muscles maximally and then let them recover for an entire week. However, this doesn’t apply to his legs, which he trains twice per week. 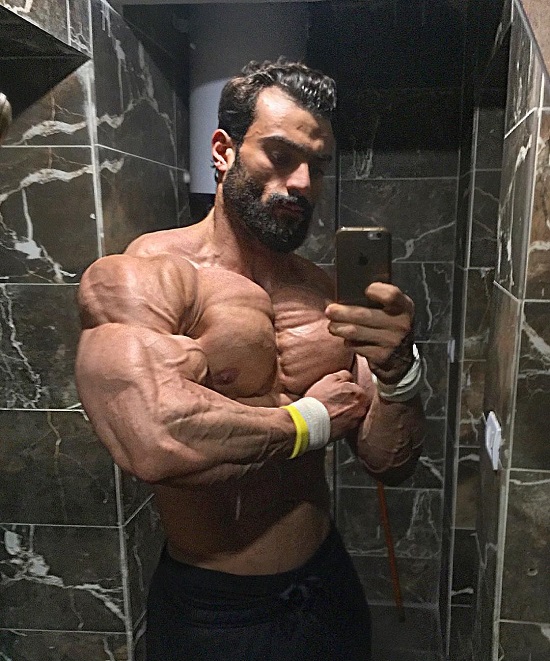 Because legs are the most demanding body part to train, Mohamed likes to split his lower body training into two workouts. He trains quadriceps and calves on one day, and glutes and hamstring on another day.

Here’s Mohamed’s quad and calves workout, along with his explanation of each exercise;

“I start with just warming up a little to push blood into my quads and prepare them for heavy weights. I do 5 exercises for quads and 1 for calves.”

“Then I do some stretches and go home to rest and eat. I prefer to have my cheat meal (if I want) after legs day.” – Mohamed El Qadi 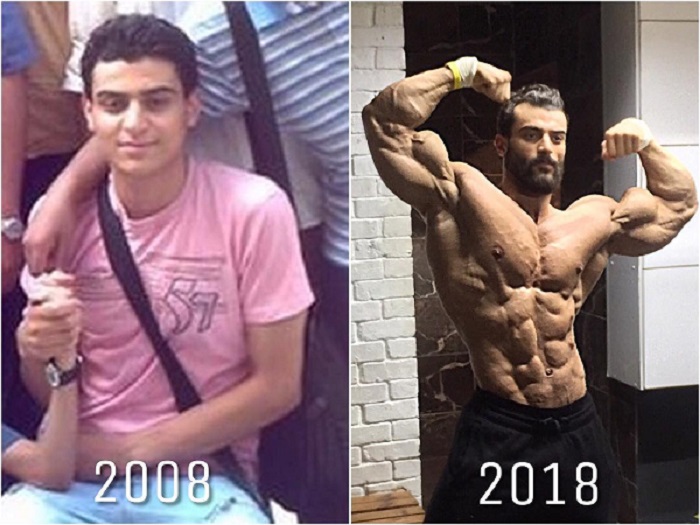 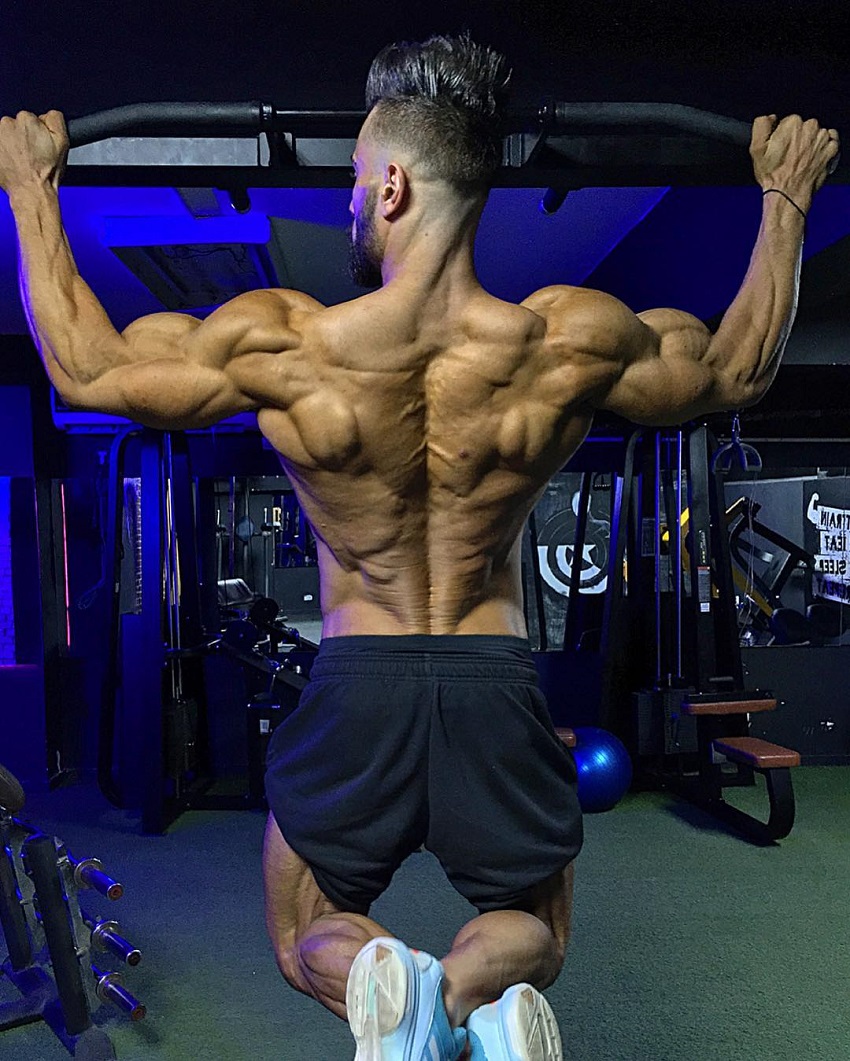 “If you have a vision of your future, and if you have a plan, you’ve reached almost 50% of your goal. The other 50% is hard work and dedication.”

Mohamed likes doing carbohydrate cycles when getting ready for bodybuilding events. He has four carb-cycling days per week, where he eats between 50-100g of carbs per day.

He then dedicates the rest of the week to carb-refill, which allows him to fuel his muscles with much-needed glycogen.  Mohamed will repeat this process every week until he achieves his ideal body fat percentage. 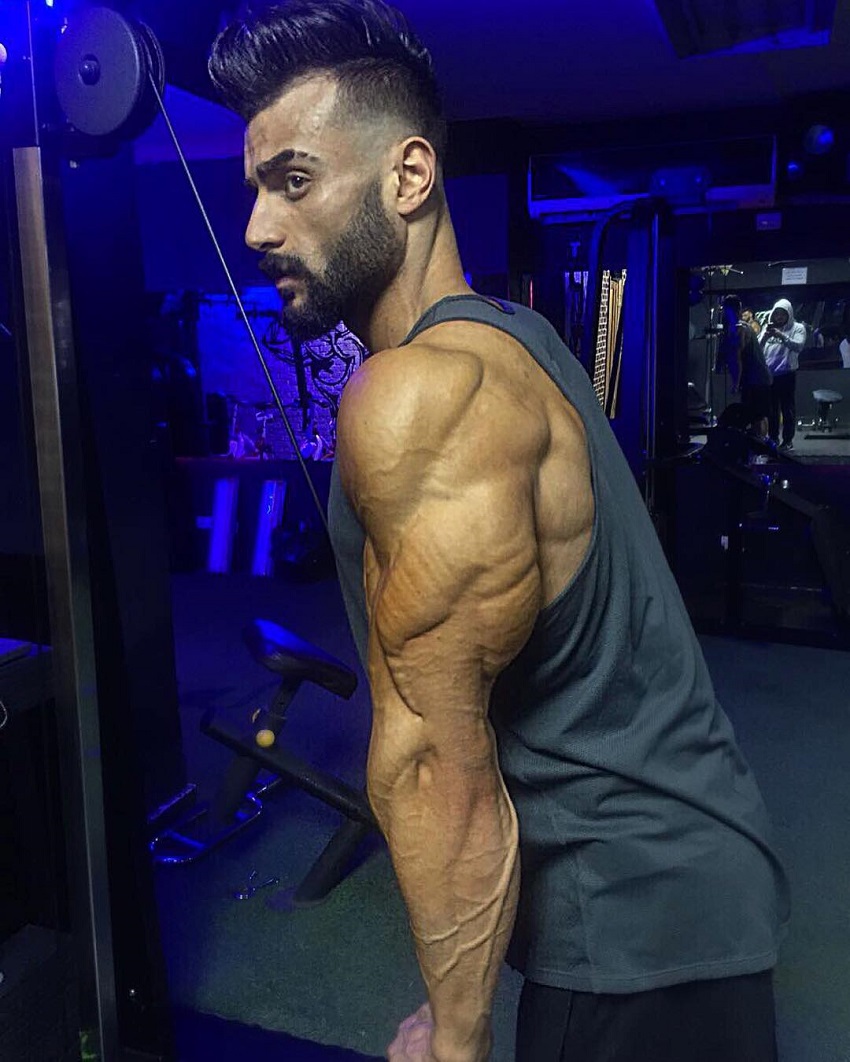 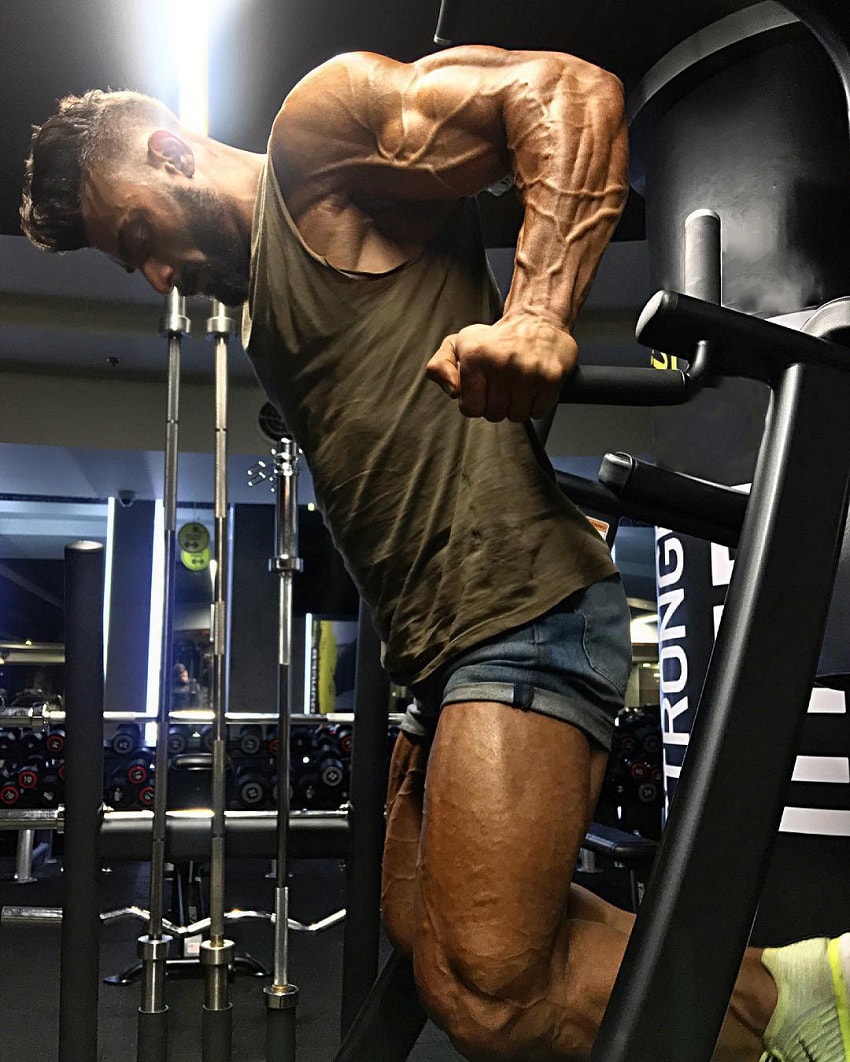 “I’m a self-made guy. I believed in me while no one did. While everyone doubted the path I took, I was the only believer. Today, people who never believed in me are the ones who are telling everybody I’m their friend. I owe a lot to bodybuilding. I’m so proud that I followed my passion.”

What we can learn from Mohamed El Qadi

Mohamed El Qadi had a simple goal when he started with bodybuilding – to become bigger and stronger.

However, as his progress improved, Mohamed’s motivation to train became much ‘deeper’. Bodybuilding became his way of life.

He made himself into a successful competitor by true determination and willingness to learn from his mistakes. With a similar mindset, you too can fulfill your own ambitions; whatever they may be.

What is your online coaching fees??????

My hero ..captain Egypt … You are the best