Powerlifter, Fitness Model, TV Star and Entrepreneur, Mike O’hearn has been around for decades and is still going strong, just like his workouts. His hard and heavy approach to training is the complete opposite to his personal and family life. Working with charities and raising money for “Good Dog Aminal Rescue Center” along with the “Just Keep Livin.” Mike’s got a big heart and keeps on giving.

Forced into training to survive a large family, being the youngest, Mike soon took to the weights and learned martial arts to defend himself. The progress kept on coming as O’hearn grew and grew, not only in size and strength but also in popularity and fame, and this is his story: 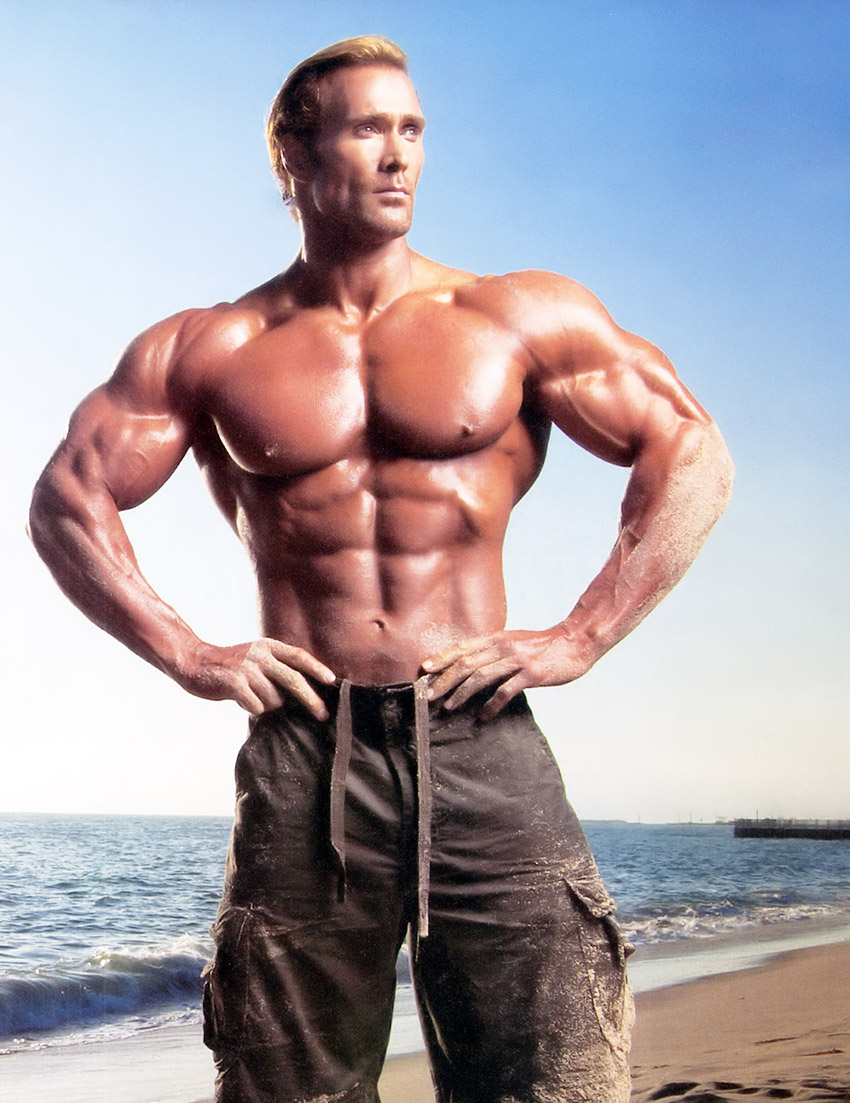 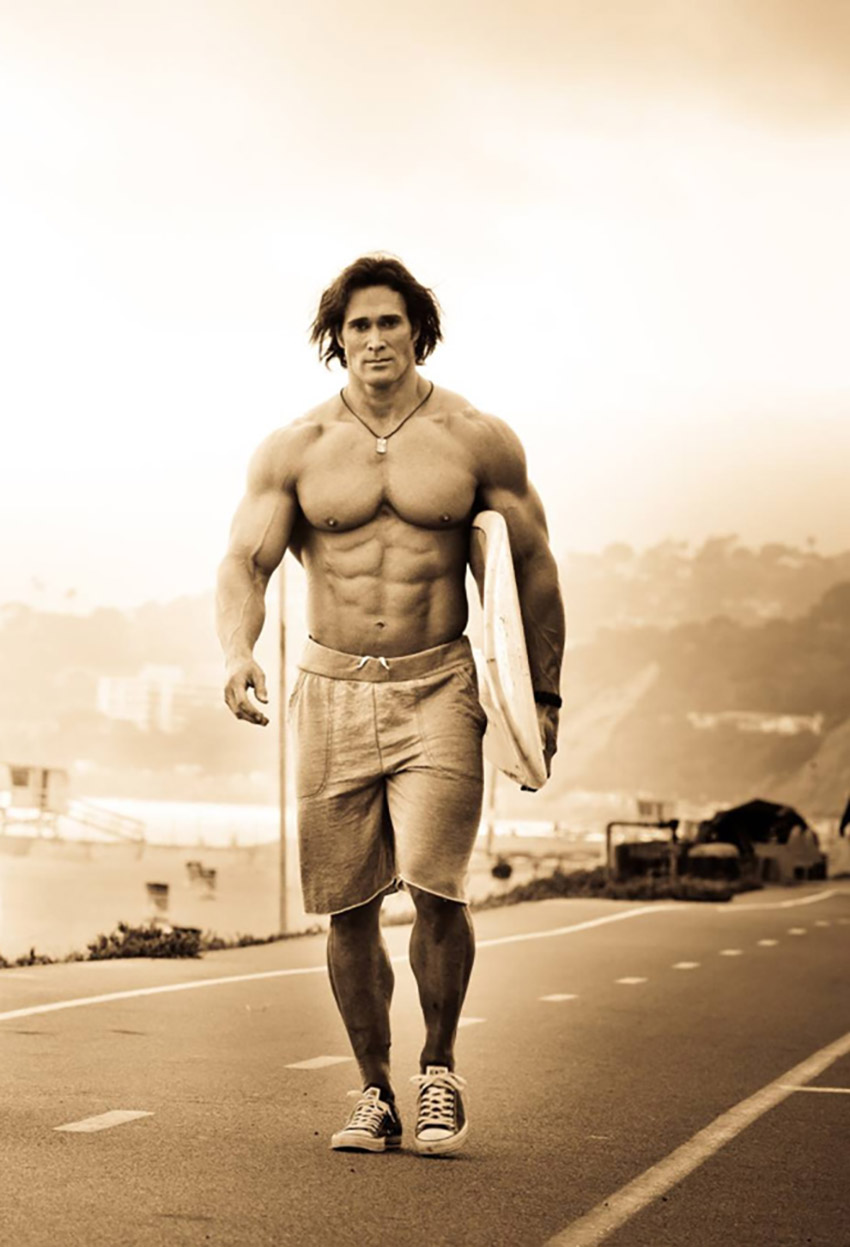 “It always seems impossible until it’s done. Set your goals and get out there and kill it!” 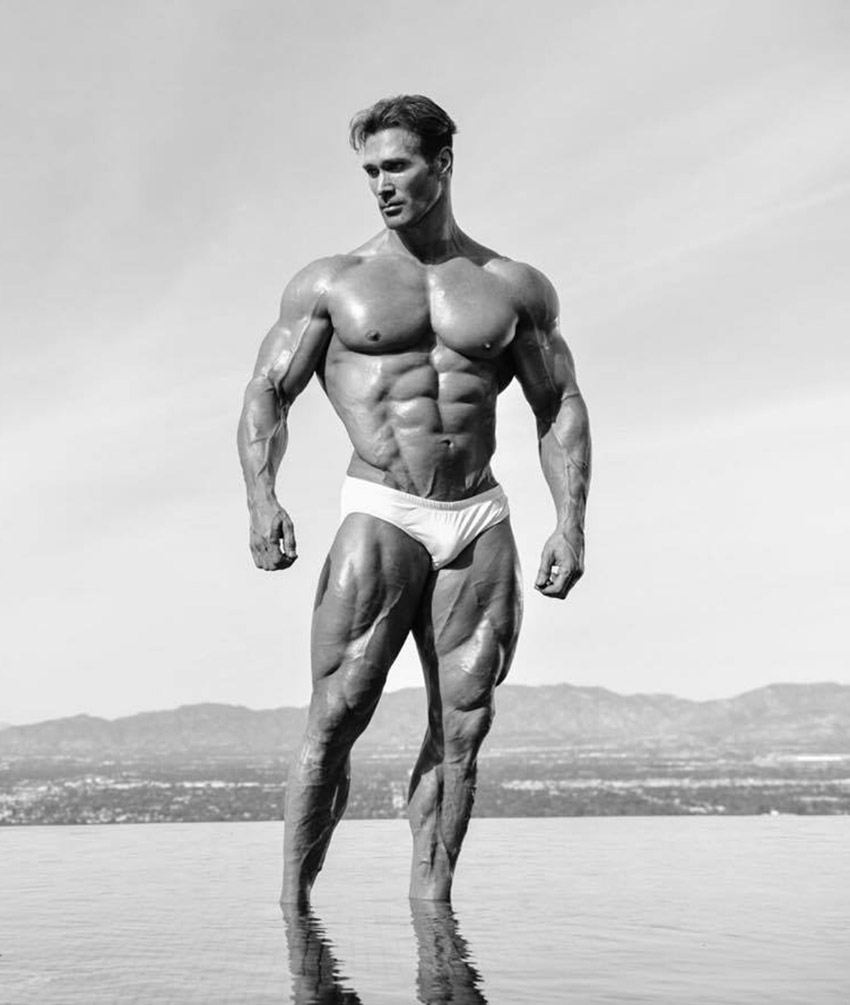 “When you train hard, the sweeter your day off will be.”

Born in 1969, Mike O’hearn has held a successful career for over 30 years in the modeling and fitness industry. He’s a 4-time Mr. Universe and 4-time California Powerlifting Champion, Strongman, and California Judo Champion. He’s been featured on over 500 magazine covers, and starred in the American Gladiator as the Team Captain the “Titan.” He’s also a spokesperson and Team Captain for Bodybuilding.com.

Mike started working out because of his father being the main influence of the family. His dad was a football player and a bodybuilder, and his mother was an artist. “she believes that you should always, in this life, live your dream” says Mike.

In a large family of 10 and Mike being the youngest, he was always getting picked on by his siblings. His entire family were either bodybuilders or powerlifters, including his sisters. The family were also required to do martial arts. So, being the youngest Mike strived for fitness and growth to stand out among his family.

“Being the youngest boy, I was usually the punching bag. So you tell me, if I didn’t start, what the heck was I going to do? But more than all that I’m just a big silly guy, who loves his dogs, and always has a smile for a stranger.” 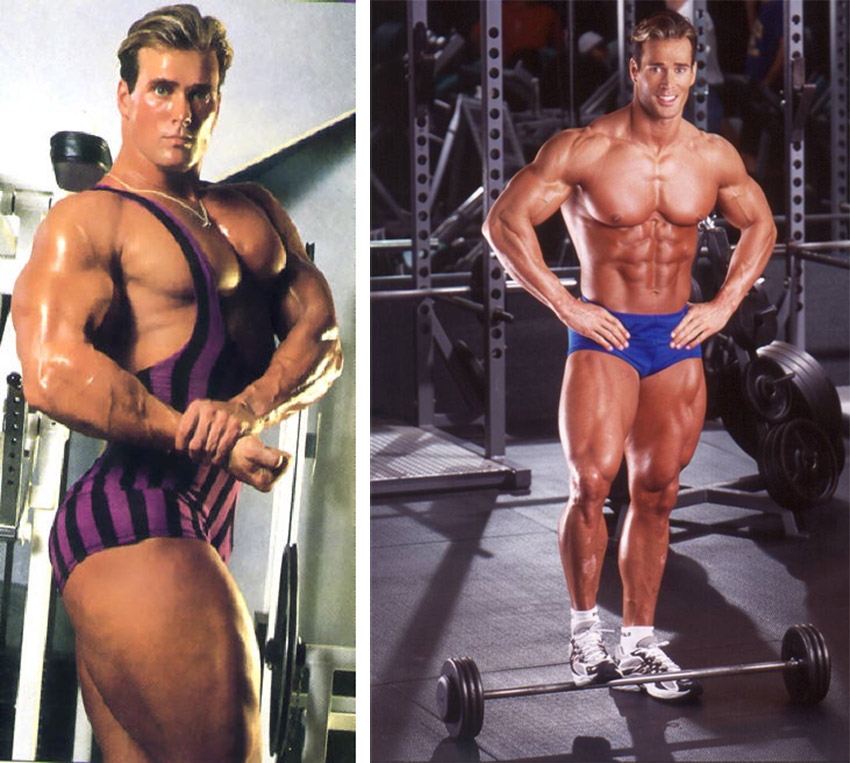 Not only is Mike a star among the fitness and sports world, he’s often seen helping others in charities and caring for dogs such as the “Good Dog Aminal Rescue Center,” based in Los Angeles. “This one is my passion, anything I can do to help misplaced dogs. I just have a bond with animals, but especially dogs.”

He’s also know for working with “Just Keep Livin.” where he raises money and guest speaks to help inspire others to achieve things that the possible thought they couldn’t.

“It’s nice to be in a position where people look to you for guest speaking, and teaching the youth of today how I’ve succeeded in my career, stayed on a good path, and lived my dreams. It’s true what they say, it feels good to give back.” Among all of this, he’s known for being an easy going guy who’s always available to lend a helping hand. 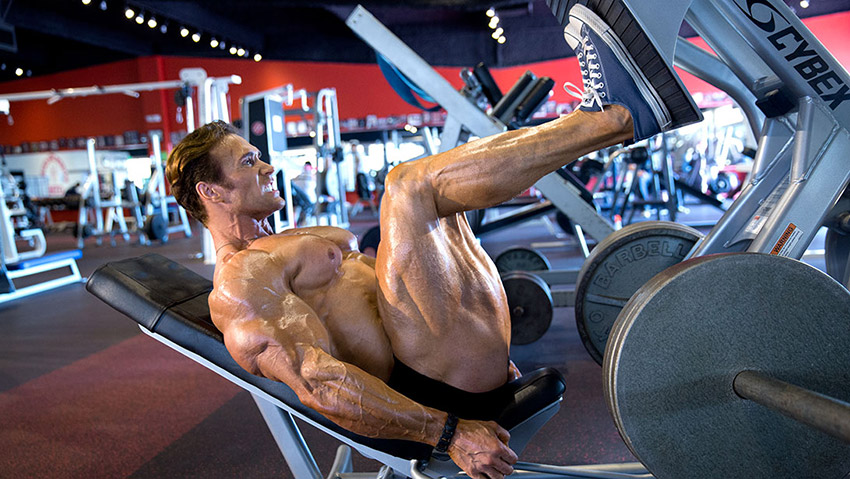 Being influenced at an early age in powerlifting from his family, Mike’s workouts are generally based on heavy compound exercises with a lot of intensity.

He always makes sure to add in movements like the deadlift, squats, and bench press to his workouts. In a sense, it’s all very old school training. Lift heavy and go big.

As for reps and sets, he uses a huge amount of volume in his workouts. For a beginner, this may look a little insane, but for someone who’s been lifting this way for 30+ years, it’s something that he’s grown into.

A suggested workout of Mike’s that he’s outlined for sculpting your body in the ultimate way, can be seen below. It’s Mike’s 12-week program and comprises of everything you’ll need for a strong and huge body. 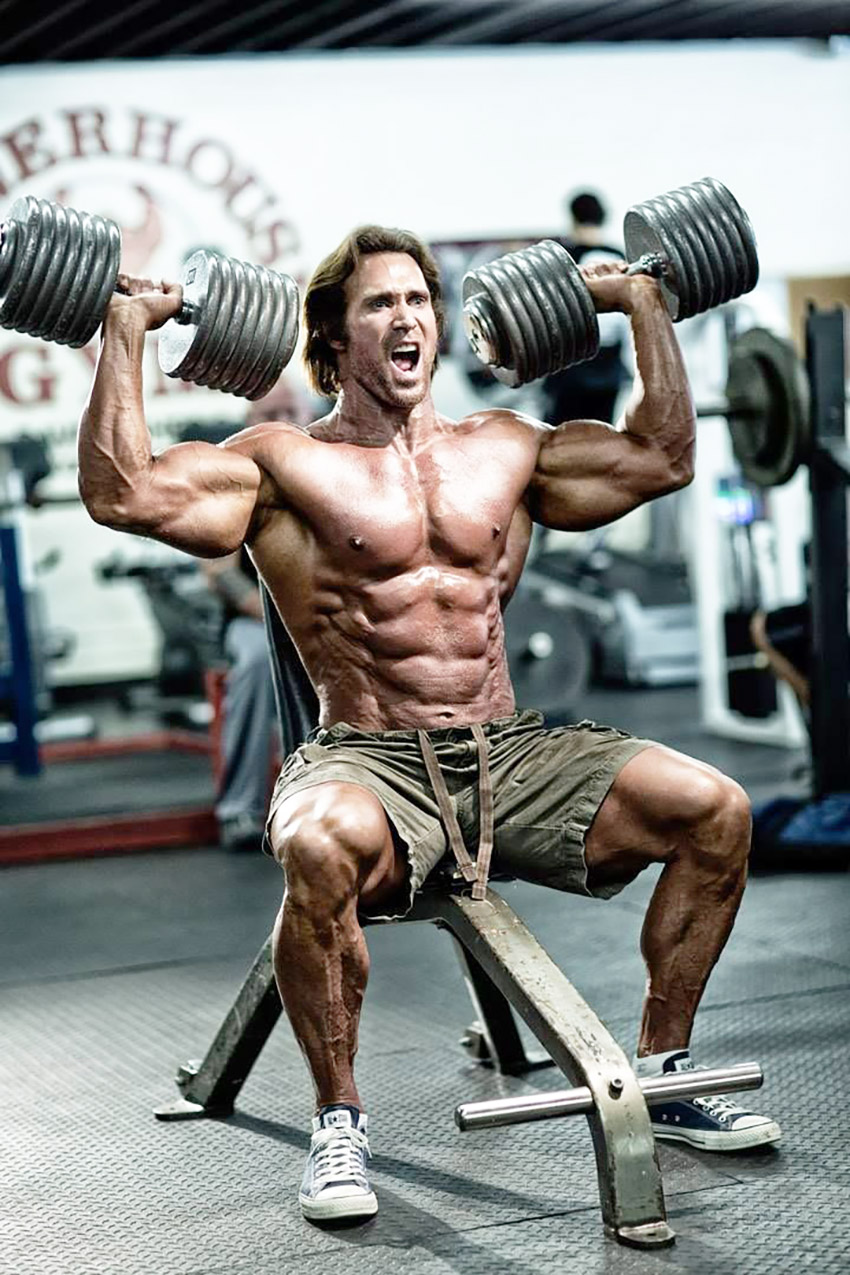 “Nutrition first, recovery second, and training third. If anyone tells you different, they’re trying to sell you something.”

Mike stays ripped most of the year round using his standard diet that works for him. He eats 8 meals a day, the first 4 he’ll eat 30g of protein in each meal and 50g of carbs with some fats. Then for the remaining 4 meals he’ll remove the carbs and add in vegetables. “My diet works great for me, but may not work for anyone else. My recommendation is to try different things, you’ll find what works,” suggests Mike. 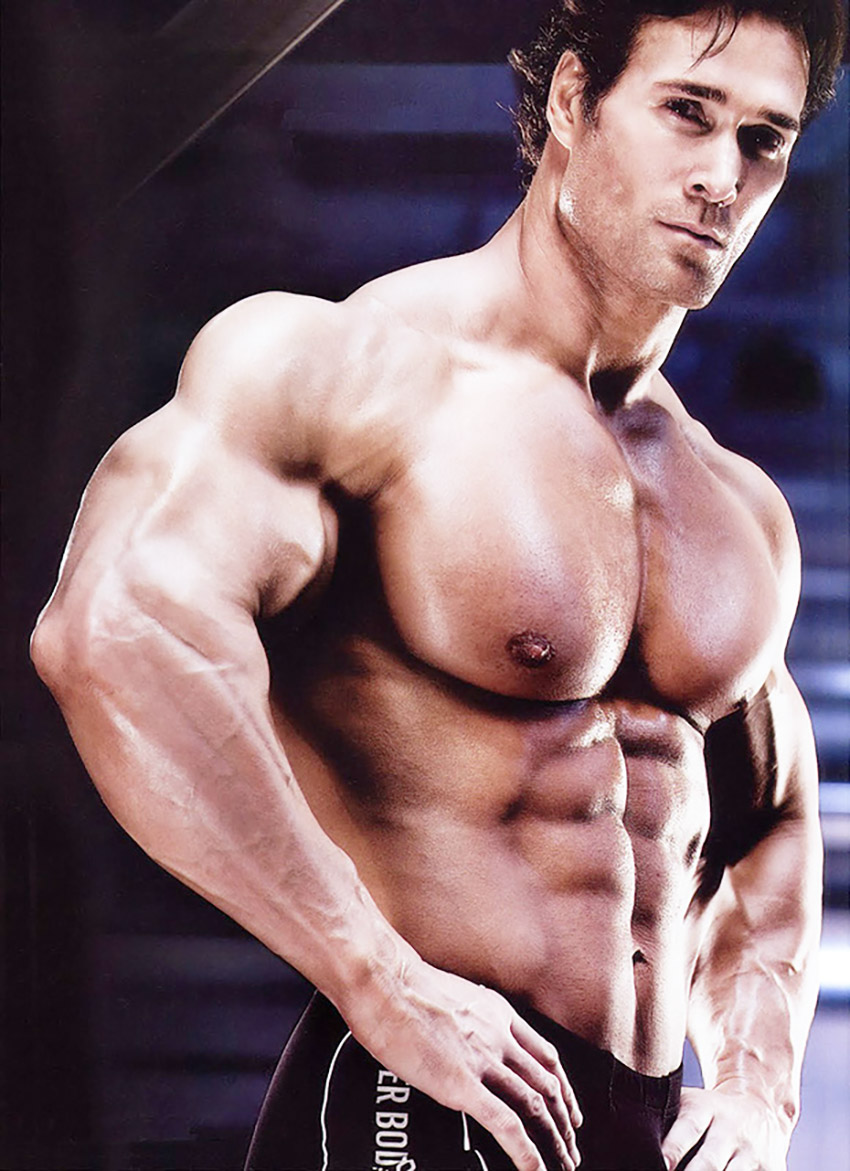 “You must do the things you think you cannot do!”

His main idols were that of his family, especially his father who lead the entire family to keep fit with martial arts and weightlifting. His mother was also a great influence on him, being an artist, she always encouraged him to live out his dreams and enjoy his life to the maximum. 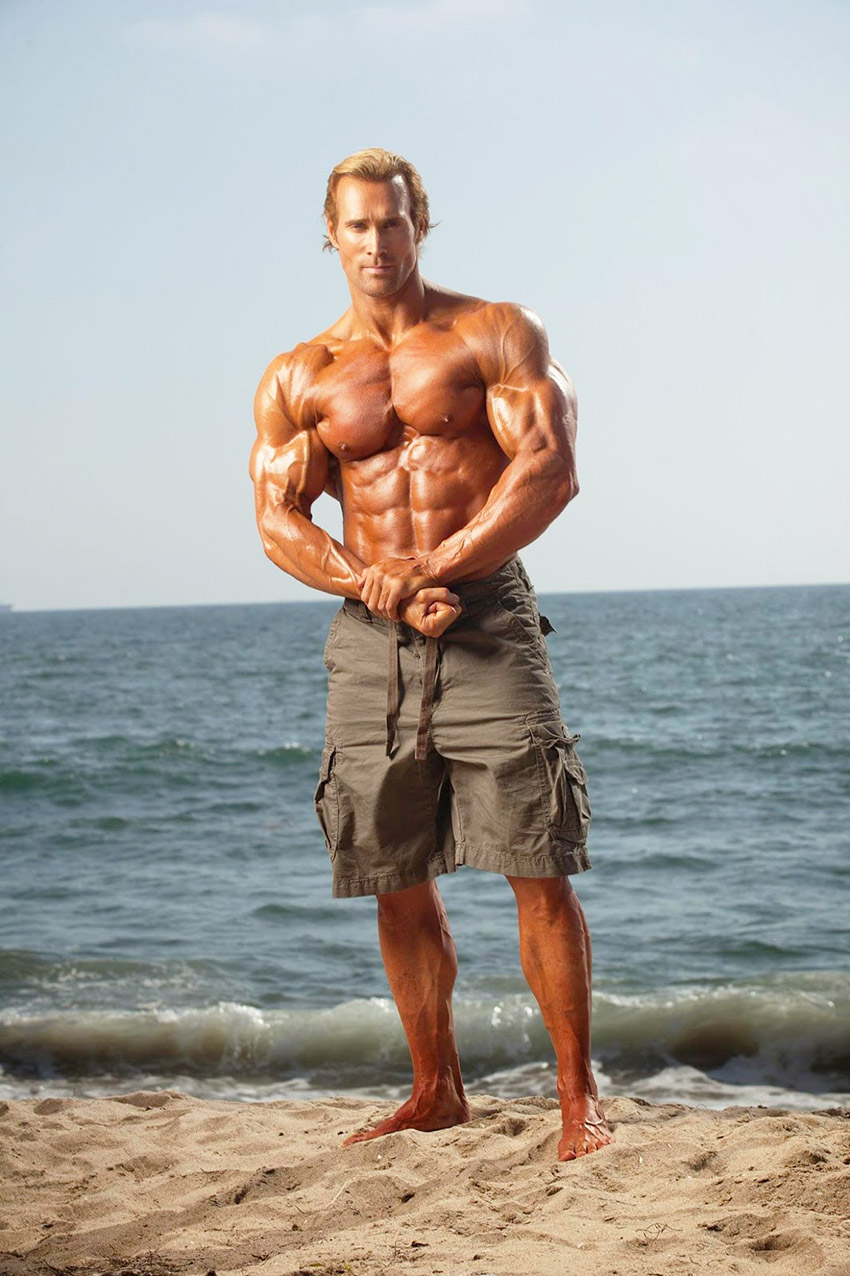 What we can learn from Mike O’Hearn

If you’re after huge size and strength then Mike’s your man to follow. His training approach is hard and heavy, it will make you grow like never before. He’s detailed with nutrition and is a firm believer that you must do what works best for you. There’s no one rule fits all.

Apart from his hard and aggressive nature in the gym, Mike’s a stand-up guy. Working for charities and helping others to achieve their goals, we can learn a lot from him. Taking isn’t everything but giving back to those who helped you get to where you are today, and supporting those who are less fortunate than ourselves can do wonders for the world we live in.

Mike’s lifestyle of helping others and balanced approach to training shows us that if you want to make a difference to you life and body, all it takes is hard work, discipline, and dedication and being true to your goals. To achieve a body like Mike’s, you too can do it with a little time, patience, and hard work. Who knows, you soon could have a physique of greatness just like Mike’s.

I have been deeply impressed by Mike O’Hearn’s overall bodybuilder/model image for many years. His physique is incomparable, his handsomeness flawless. I know he loves dogs, but i did not know that he helps out with rescue dogs and loves animals in general.
A bodybuilder who loves animals so much and is active in assisting them has me in awe & the deepest admiration & respect. May God bless you, champ, in everything you do.

Mike is an example to all.
I found out about his love for dogs and
His power bodybuilding so I am a fan for life!

Too many people accuse Mike of using something, I am not surprised. Nowadays if anyone has a good physique comes under accusations. Is it inferiority complex among some folks?????????????‍♂️?‍♂️?‍♂️?‍♂️?‍♂️?‍♂️

People accuse him of using performance enhancing drugs, because the chances of someone being able to build that much muscle mass without anabolic drugs seems statistically very, very unlikely.
The reason some individuals are able to build more muscle mass than others naturally is that they have a greater number of androgen receptors in their muscles.
This means that there are more spots in your muscles for the anabolic hormones your body produces to bind to and therefore your body can build and maintain more muscle than the general population.
It is there same sites in your muscle that steroids, SARMs, pro hormones bind to. Which means those who can naturally build more muscle, are also more sensitive the the effects of steroids and the like.
It seems fairly typical that those who use anabolic drugs to their full potential, can approximately double the amount of muscle they can build.
If this were the case, in my opinion this would make Mike O’Hearn more genetically gifted then Ronnie Coleman, the most dominant bodybuilder ever. This seems unlikely. Mike O’Hearn, though he may not have the shape of Arnold Schwarzenegger, has a comparable amount of muscle mass. Arnold was genetically gifted and used several steroids. It seems statistically unlikely that Mike O’Hearn is natural.
What seems more likely is that Mike uses PEDs, and as they are illegal in the USA, and also frowned upon, it would make great business sense to deny their use. That way he is more marketable as a natural bodybuilder.
I accept that I could be wrong, there are occasionally truly unusual genetic outliers that break the limits of the normal population. They are the exception rather than the rule though, and it is more likely that he, like many others, uses performance enhancing drugs and denies it.
If he has achieved that naturally, then it’s truly incredible and, had he chosen to take steroids and the like, he would likely be the largest most dominant bodybuilder of all time.
I personally don’t believe he has attained it naturally though.

Mike is an absolute icon. He lives for the weights and the beauty and he looks like an overall fantastic person.

Totally brilliant person and gentlemen
What a great spirit this guy is , cares so
Much about people and there goals
If he was English he would get a night
Hood
I have inspiration from Arnold but he’s equal
To Arnold
Thanks mike. What a great guy