Like most people, Mike had his own ups and downs on his road to success. After enrolling in college, Mike began to neglect his health.

He stopped playing sports, along with adopting an unhealthy diet. This eventually led him to become overweight and depressed.

Fortunately, Mike was able to push past this dark period – using fitness and weightlifting to completely transform his physique, and life. 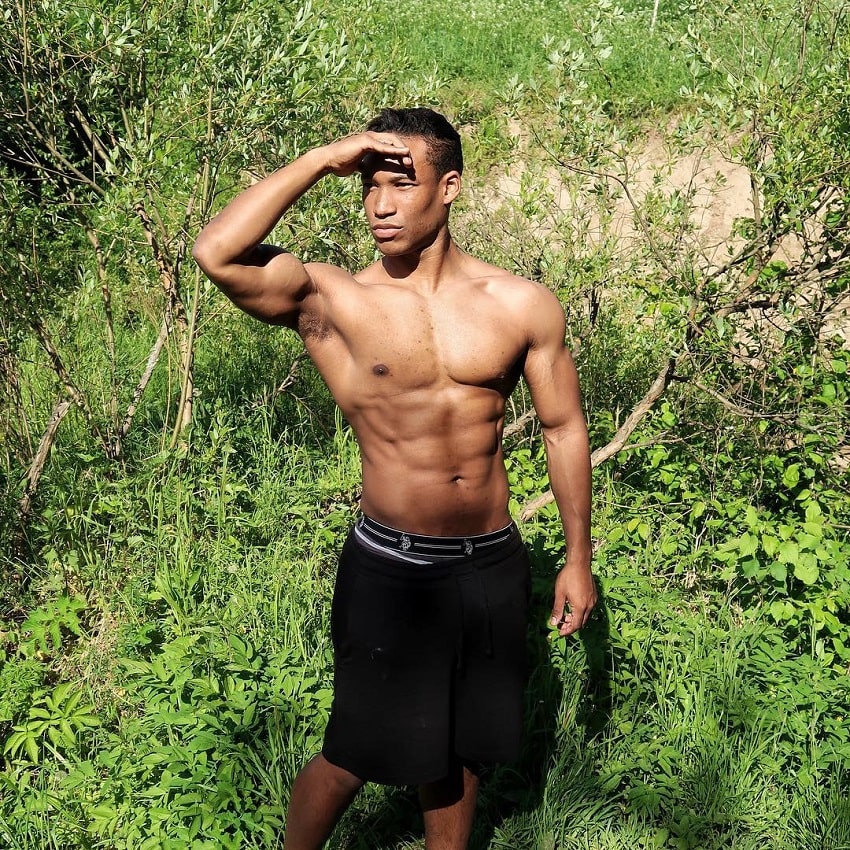 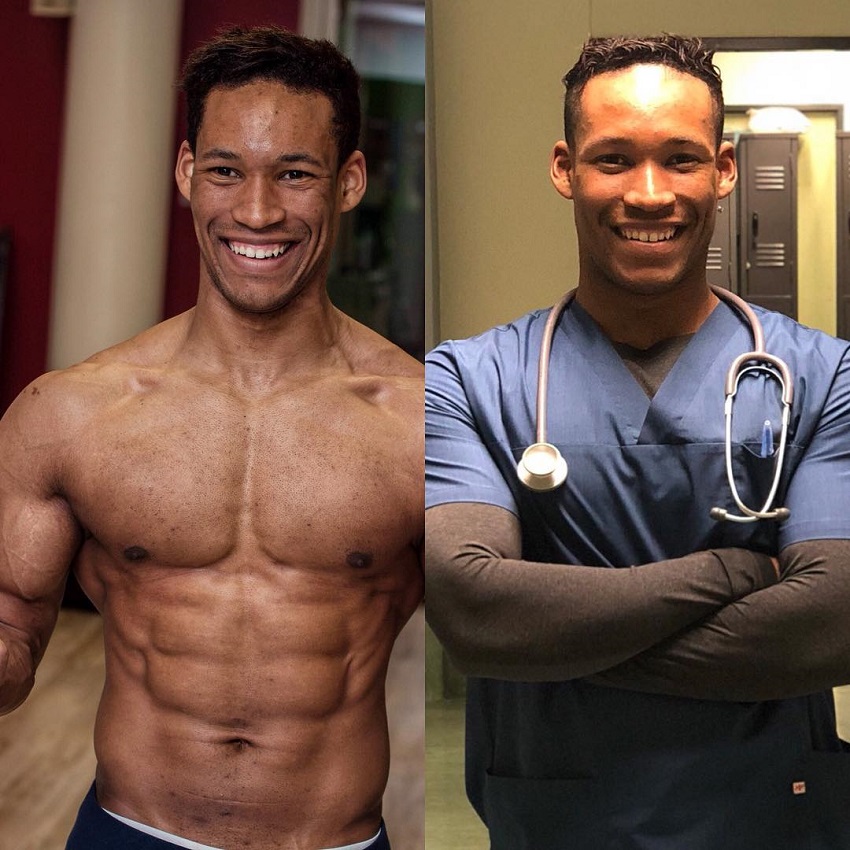 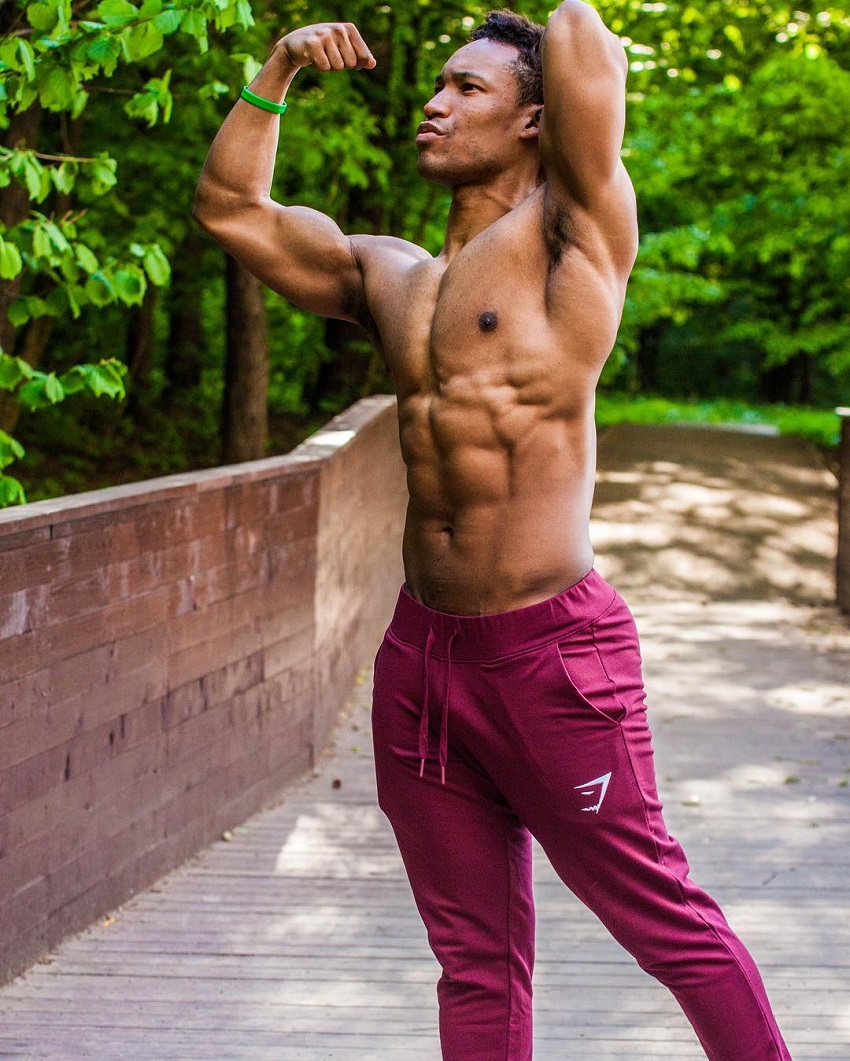 Michael “Mike” Diamonds was born in Havana, Cuba and is of half-Namibian descent. His family often moved from country to country while Mike was growing up. Including Brazil, South Africa, and Switzerland to name a few.

As Mike said; “I was born in Havana, Cuba and I’m half Namibian. That being said, I’ve lived a good portion of my life in 6 Different Countries including Brazil, Angola, South Africa, Namibia, Switzerland and I’m currently based in Moscow, Russia.” – Mike Diamonds

Before he discovered fitness, Mike was an avid football player. He played the sport from his early years all the way through middle and high school.

However, after enrolling in the University of Cape Town, Mike stopped playing all sports altogether. He instead turned his focus to completing his degree in Science, studying Biochemistry and Microbiology. 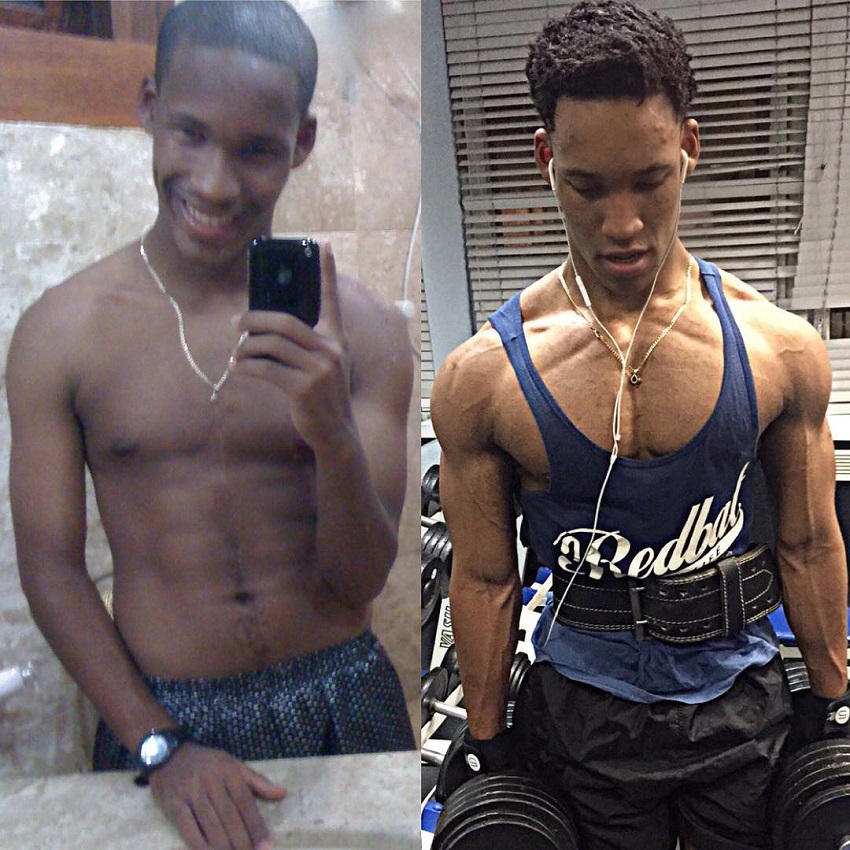 Mike’s transformation in bodybuilding, from high school to now.

With all of his focus on academics, Mike started to neglect his health. He no longer partook in any physical activity. Worse yet, his diet became extremely unhealthy.

It was at this point Mike’s health started going on a downward spiral – gaining excess weight.

Over the months, Mike’s health continued to deteriorate. Eventually, he reached a point where he became overweight and depressed. “I was extremely fat and unhappy with my body,” says Mike.

Things soon became so unbearable for Mike, that he realized he had to make a change. He decided that no matter what, he’d find some time in his busy schedule to exercise in a gym. This decision quickly paid off.

After only a few weeks of training, Mike already saw some progress. Slowly, but surely, he was on his way back to a healthy and fit body. 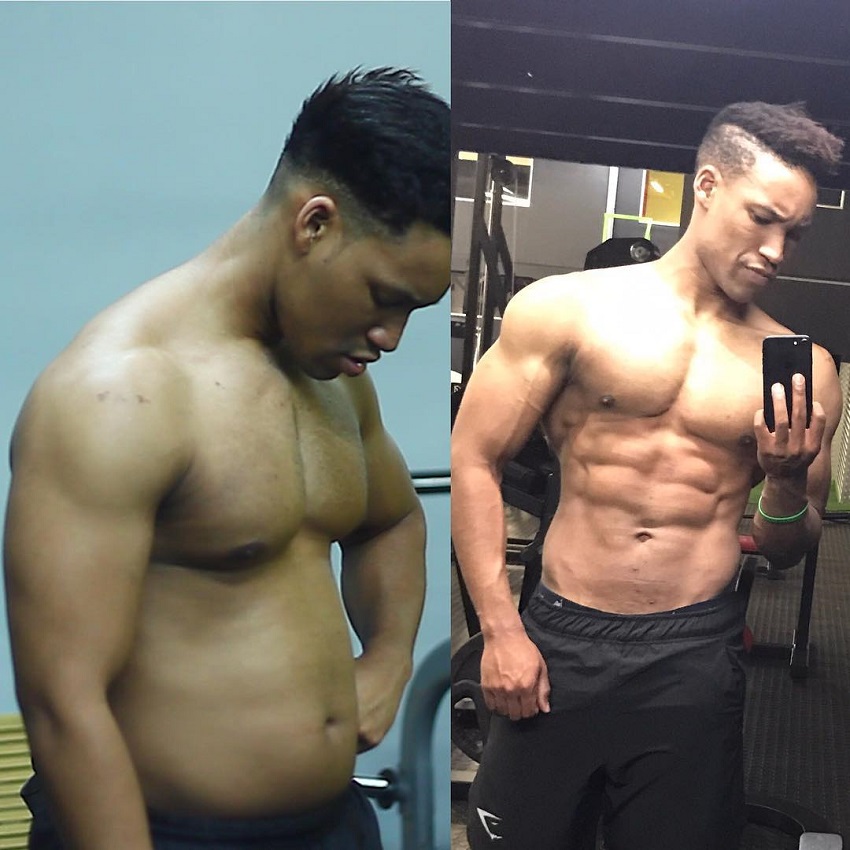 In a matter of months, Mike was able to lose all of his excess fat. He also built a strong muscular foundation throughout the process, boasting an even stronger and fitter physique than from his footballing days.

“Combining my knowledge of my B.Sc and Medical School, I’ve transformed my body completely using scientific and medical approach.”

Ultimately, this inspired Mike to continue on his path in fitness. With his own results as a proof, he decided to help others on their own fitness journeys.

He opened his online profiles, along with his own video blog. There, he started posting pictures and videos of his transformation, as well as his training and nutrition tips.

Initially, Mike worked extremely hard to get his online business going. His motto was to inspire people to train hard and make health their number one priority.

“I wanted to represent something greater than just doing squats in the gym. Something that incorporated hard work and motivation as well as fitness.”

Over the course of several months, Mike’s posts had reached a huge audience of viewers. It was then that his career as a fitness entrepreneur took off. 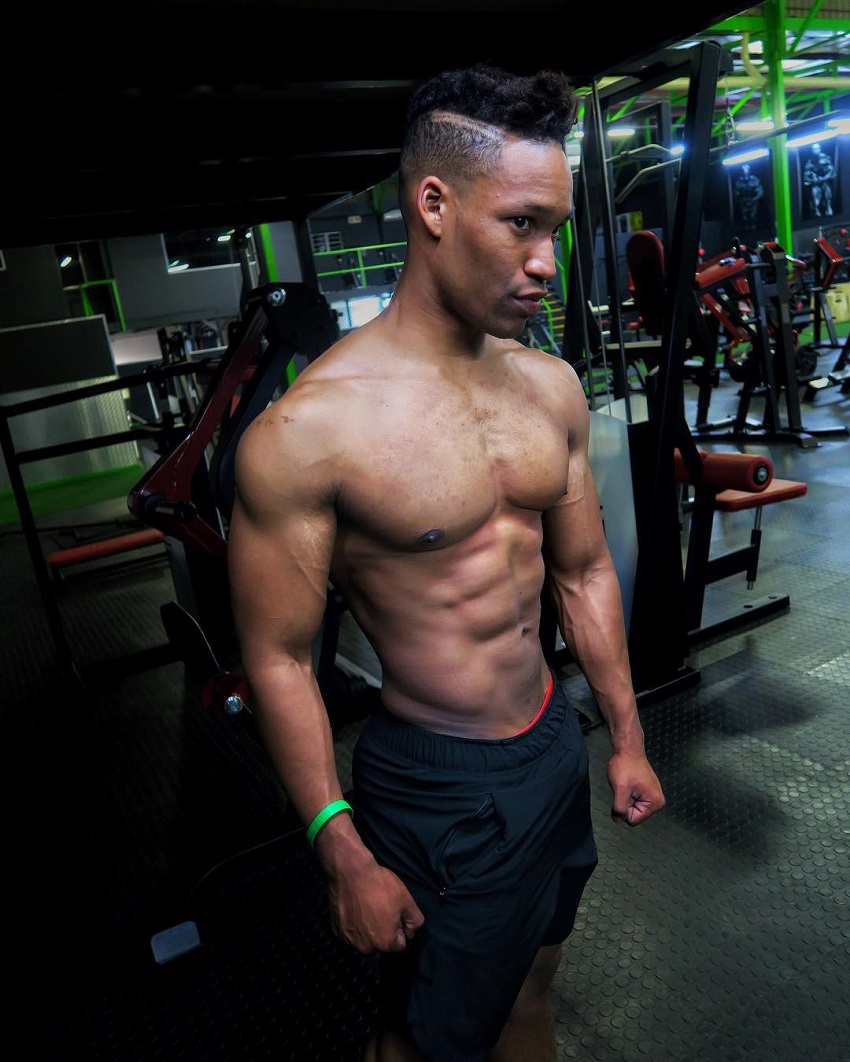 By 2018, Mike became a well-established personality in the fitness industry.

He continues to influence his ever-increasing fan base with the following message;

“I’m just like you, the everyday student or hard worker, who wanted to make a change in his life. I took it upon myself to try and live more through social media to build this family which continues to grow.” – Mike Diamonds 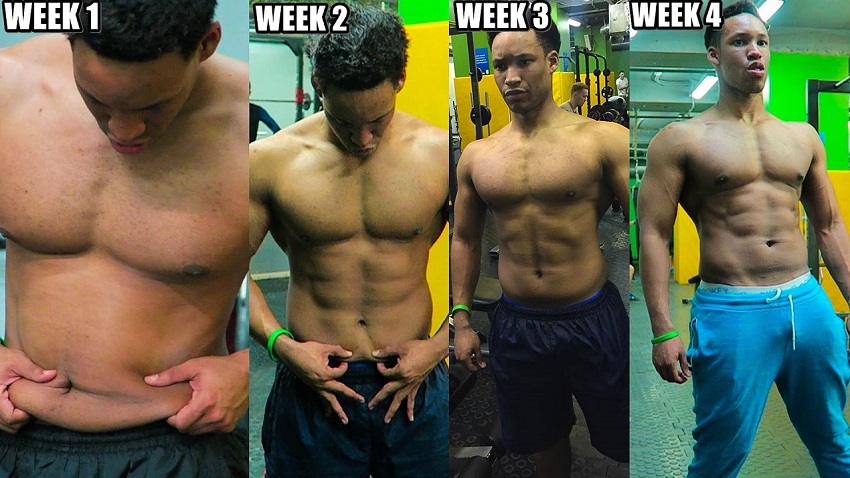 Mike Diamonds aims to fit six workouts per week into his busy schedule as a medical student. However, this obviously isn’t always possible. As a result, Mike tries to optimize his training to be as efficient as possible – helping him to maintain his progress even if he misses a workout or two.

“I can always bank on Friday-Sunday sessions, then it depends on the workload of weekdays, which determines how many more I can fit into the week.”

Mike’s training split consists of push, pull, legs. Ideally, he repeats this split twice per week for a total of six training sessions.

Mike prefers training alone. He finds the gym to be a place of thought and reflection, and also enjoys the intensity of solidarity.

Incorporating Training in His Busy Schedule

Here’s Mike explaining how he fits training into his hectic schedule; “The simple answer is that I use training as a reward to myself.

If I have a successful day in class writing notes, I go home and have a 2-3 hour revision session and then integrate my training session right after – which is usually about 7 pm.

Your brain can’t function 24/7, so a 1-2 hour training session can only be to your benefit.” – Mike Diamonds 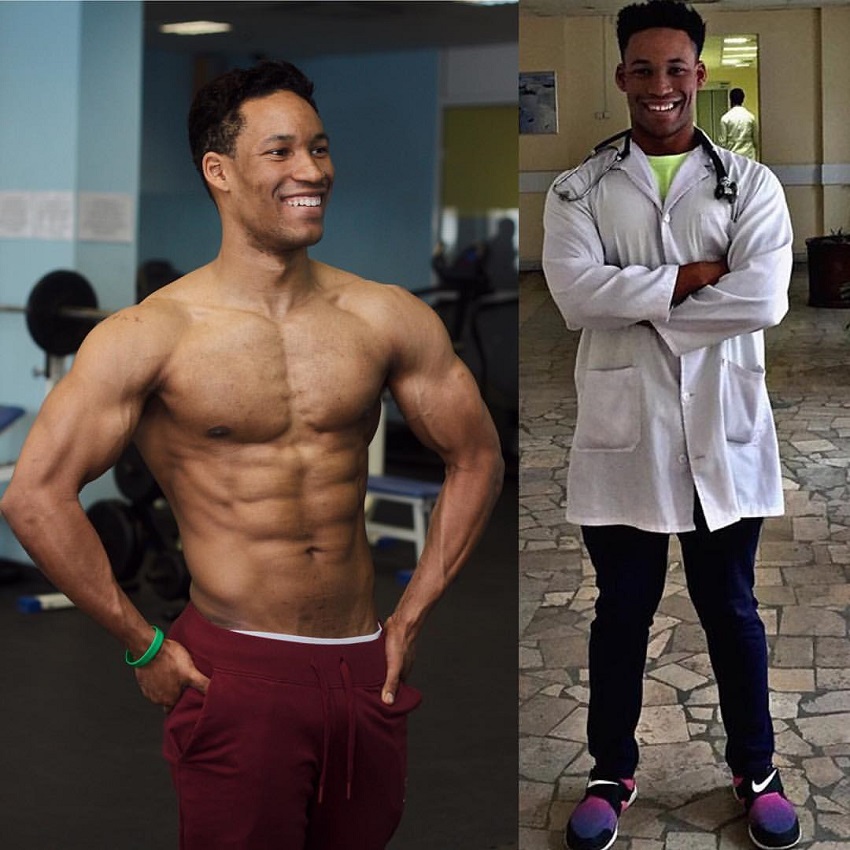 “I love intermittent fasting, even when I’m not cutting. Depending on my caloric intake, I manage my meals accordingly. If I’m consuming 3,000 calories a day, for example, I would break my fast around 2 pm.”

Full Day of Eating For Cutting

Mike’s approach to dieting is different than that of most fitness athletes. Instead of eating several low-calorie meals per day, he prefers eating two or three slightly bigger meals.

Here’s how it looks;

“About two weeks before my cutting date I clean up my diet and start eating the foods I would on a cut, just in higher proportion. This allows my body to accustom itself to the new diet.”

Mike takes several supplements to support his health and muscle gains. The first one is vitamin D3, which he makes sure to take every day.

Mike said; “An essential is Vitamin D3, due to a lack of sun in Russia, and also because it’s majorly beneficial to cognition, mood, and general health.” He also takes a multivitamin and omega-3 supplement to further support his general health.

To repair and grow his muscles, Mike takes a whey protein supplement. This is a staple supplement in Mike’s regimen, because it helps him reach his protein goal quickly and conveniently. 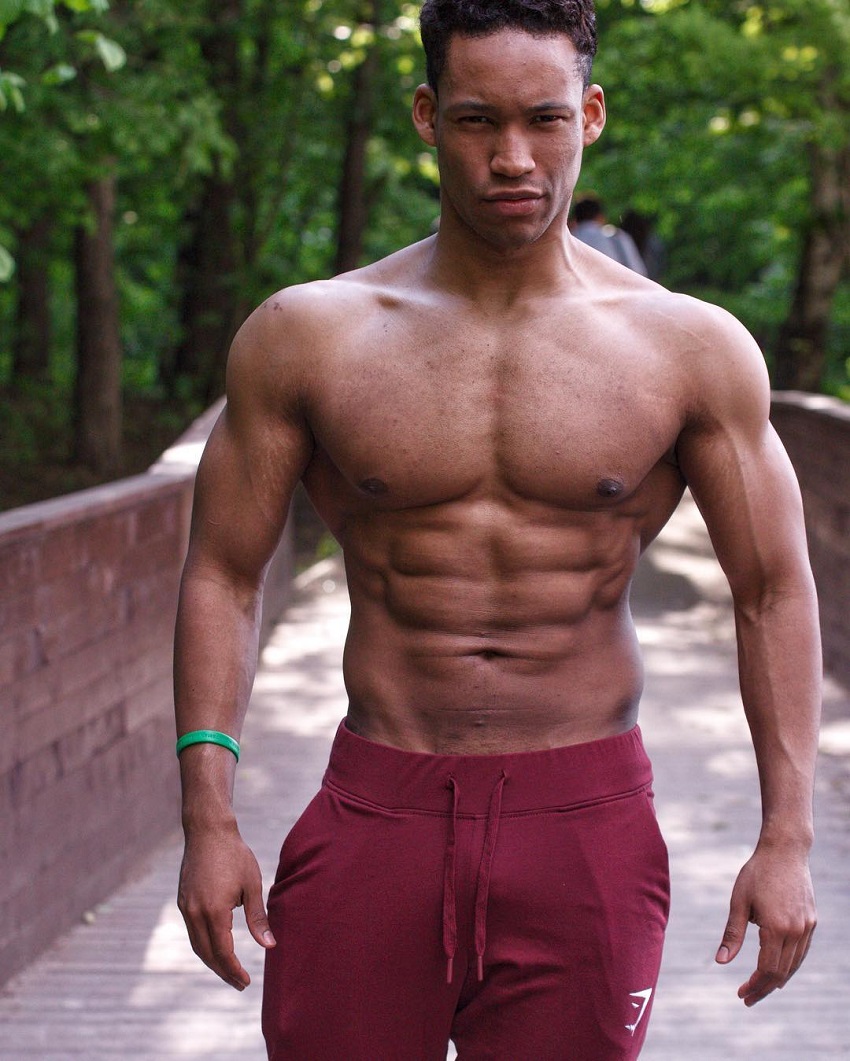 Mike Diamonds credits one of his friends for inspiring him to start his online business. In Mike’s own words; “I was inspired by my friend who saw my photos and encouraged me to make videos.

I knew that I needed to become more serious about going to the gym and to learn about nutrition to be as resourceful as possible.” – Mike Diamonds 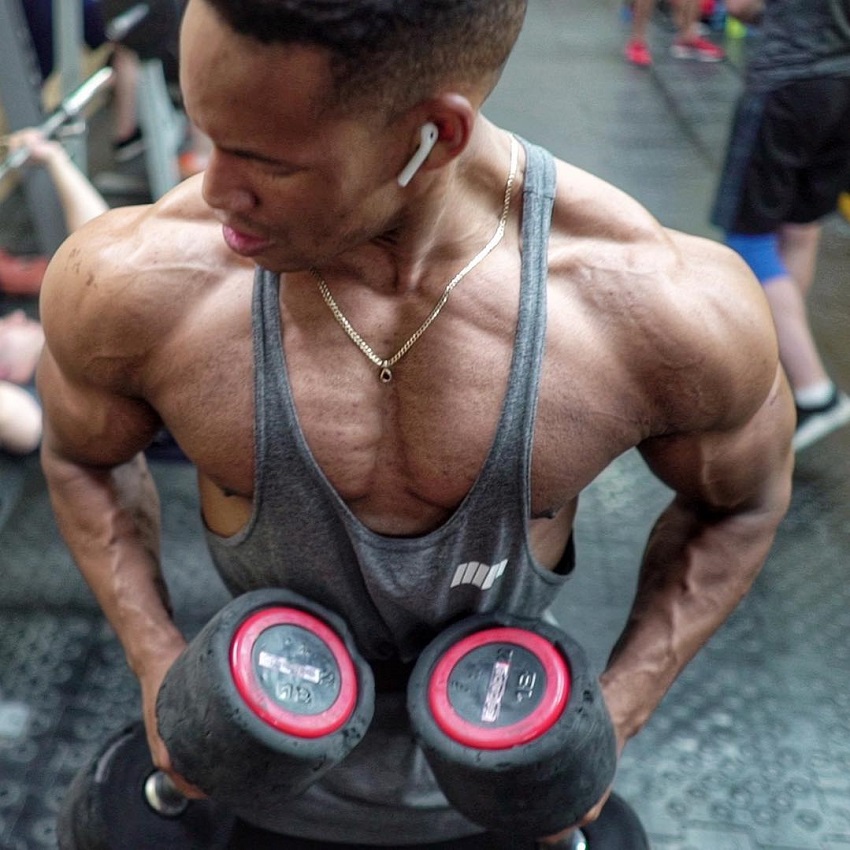 What we can learn from Mike Diamonds

Mike Diamonds has taught us to use adversities to your advantage. During the first year of college, Mike gained a lot of excess weight.

All the stress of being a medical student and other responsibilities took their toll on Mike – he became seriously overweight and unhappy with his life. However, he didn’t let this get out of control.

Mike used his adversities and challenges as a ‘fuel’ to turn his life around and never look back. Through dedication, perseverance, and commitment to make his goals happen, he completely transformed his body.

In order to reach success, you should be ready to face adversity, and perhaps even make some drastic changes in your life. Achieving transformation is never easy, but, as Mike has shown us, it’s clearly worth it.

Continued success as a Medical student and fitness teacher what specialty do you plan to get into?