Born in the heart of New York, Mick Souza is a bodybuilding icon. He’s inspired fans around the world by his rise to the top of the fitness industry.

But it wasn’t a smooth ride; his father walked out of his family when he was 3-years-old, leaving his mother to raise himself and his brother. 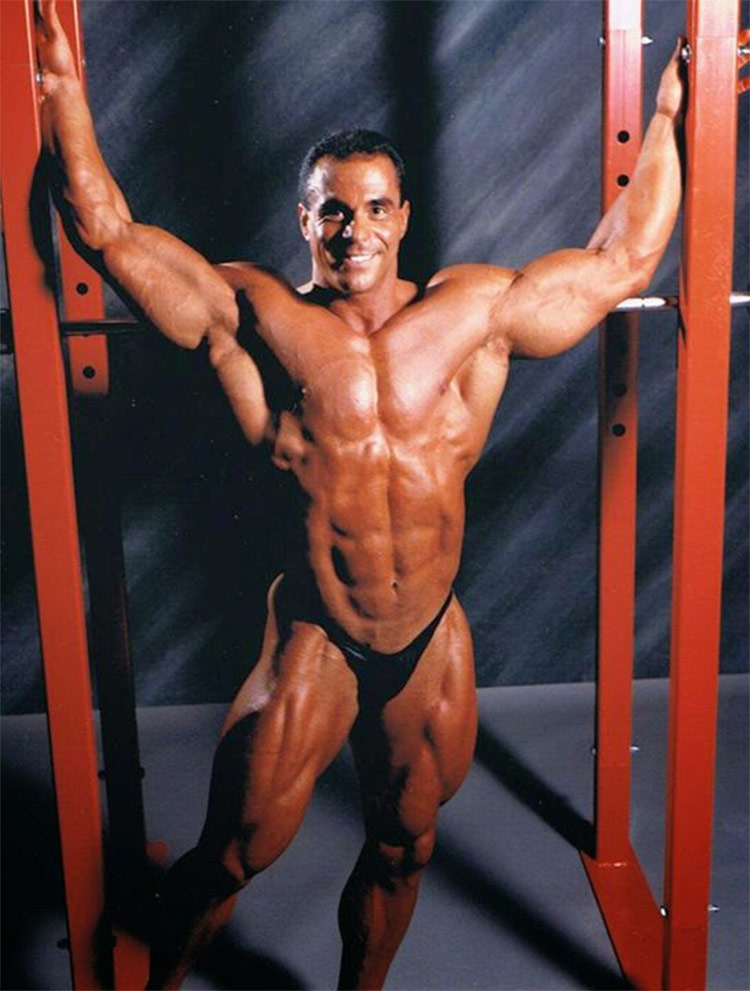 “When I was 7-years-old, I took old paint cans filled with sand, got a broomstick, put it all together, and did presses with it. This is how I started developing my physique.” 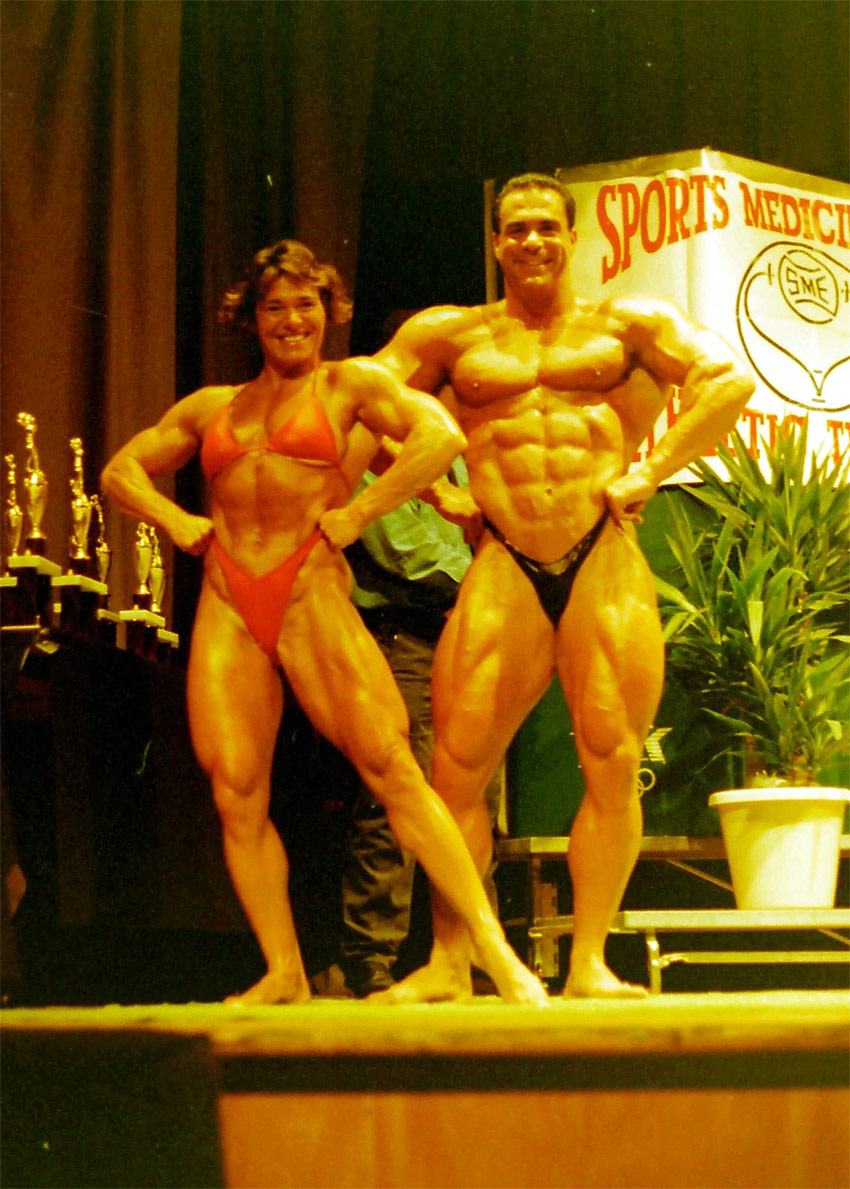 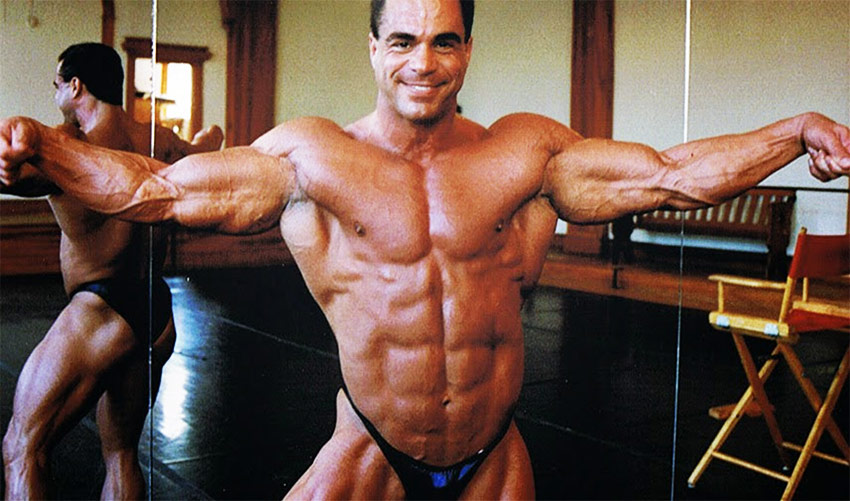 “My father left the house, for good, when I was only 3-years-old. It was just me, my mom, and my brother – we went to live at my grandmother’s house”

Mick had a difficult childhood; his father left his family when he was 3-years-old, leaving his mother and brother to survive on their own.

His family relocated to live at his grandmother’s house, but Mick had one refuge as a child – sports. The youngster excelled in athletics from an early age, breaking records at high school for the high jump and track events.

Not only that, Mick also became a professional skateboarder; even holding the world record for jumping onto a moving skateboard 4 feet and ten inches. 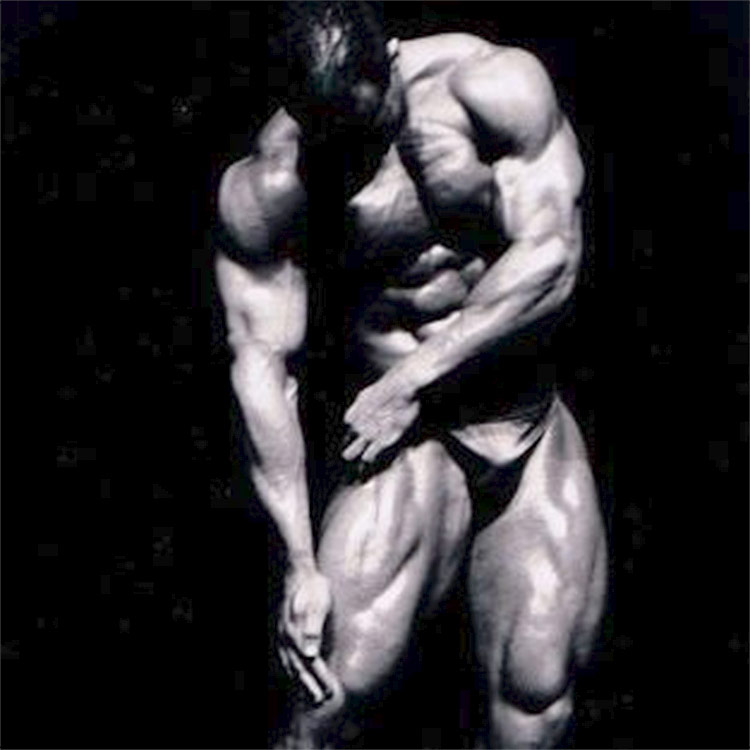 At the age of 7, Mick began lifting weights – but not in the gym. Instead, the youngster filled old paint cans with sand, placed them on the end of broomsticks, and performed presses with it.

As he grew older, Mick found bigger paint cans and filled them with sand. But inevitably, by the age of 10, his strength was too much for his childhood technique.

Proud of his progress with home-made equipment, Mick’s mother bought him a barbell and bench in 4th grade. This made him even more determined to realize his dream of sculpting a powerful physique – like his heroes’, Arnold Schwarzenegger and Roger Callard.

By the age of 18, bodybuilding had become Mick’s passion. He’d decided to pursue a career in fitness, and set his sights on moving to the ‘mecca‘ of the sport, California.

In order to fund his travel, the youngster began working in construction to earn money, as well as help his mother pay bills.

Ultimately, Mick managed to save enough to buy a one-way ticket to Los Angelos. He didn’t know anyone there, but with grit and determination to succeed, he made the big move to California; hopeful of making a name for himself. 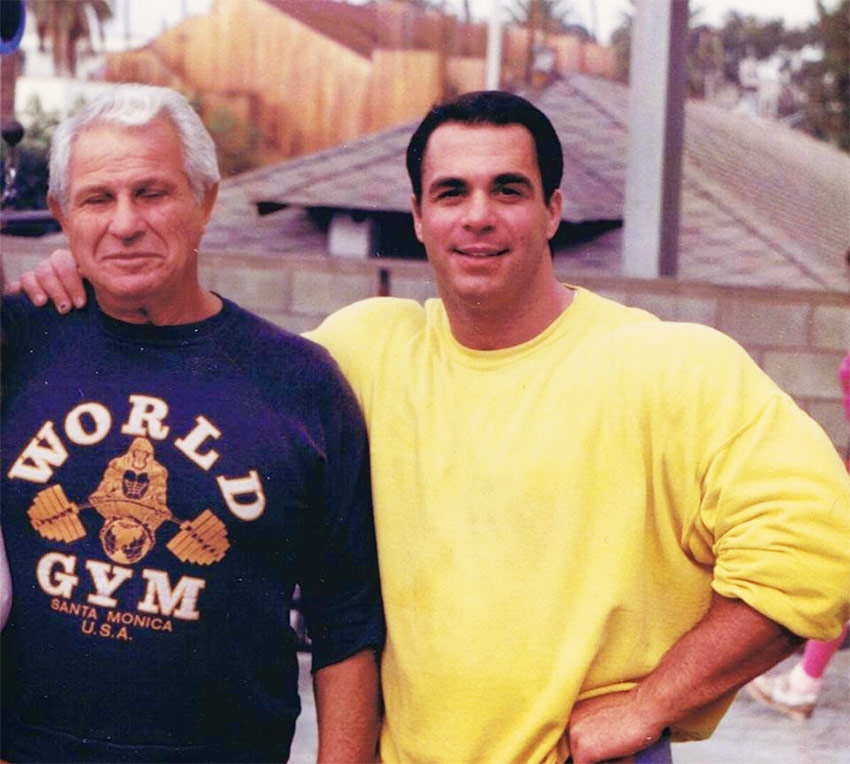 After arriving in The Golden State, California, Mick took a taxi to the famous Gold’s Gym. Luckily, one of the first people he bumped into, was none other than Roger Callard – one of the best known bodybuilders of his time.

From then on, Mick hit a series of good luck – being introduced to, and becoming close friends with, Joe Gold (the founder of Gold’s Gym and World Gym).

Training at World Gym, he was never charged by Joe, and was fortunate to meet Golden Era legends such as; Arnold Schwarzenegger, Franco Columbu, Frank Zane, Tom Platz, and Bob Paris. 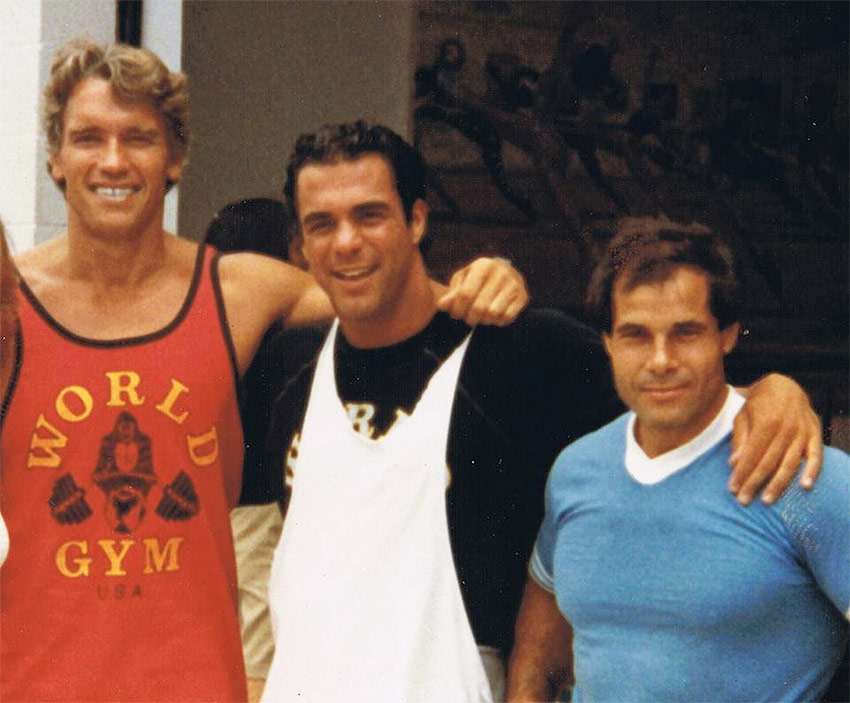 Over the next year, Mick gained knowledge of proper nutrition and training from his heroes; especially Tom Platz: “Compared to anyone in the history of bodybuilding, not one person trained harder than Tom”.

He gained lean muscle mass, building a huge and shredded physique. By 1986, he was ready for his first competition – the AAU Mr. USA.

Although he didn’t win, Mick managed to place 7th in a fiercely contested line-up. This set back motivated him even more to become a success in the industry.

Over the next 8 years, Mick entered a further 8 shows – winning 3 of them, and placing in the top three 6 times.

One of his most recognized wins, and his last on the bodybuilding stage was the 1992 Mr. Universe.

His hard work was noticed by fans around the world; although he’s not as well-known as the likes of Arnold Schwarzenegger, he gained a reputation in the industry as one of the greatest bodybuilders of his era. 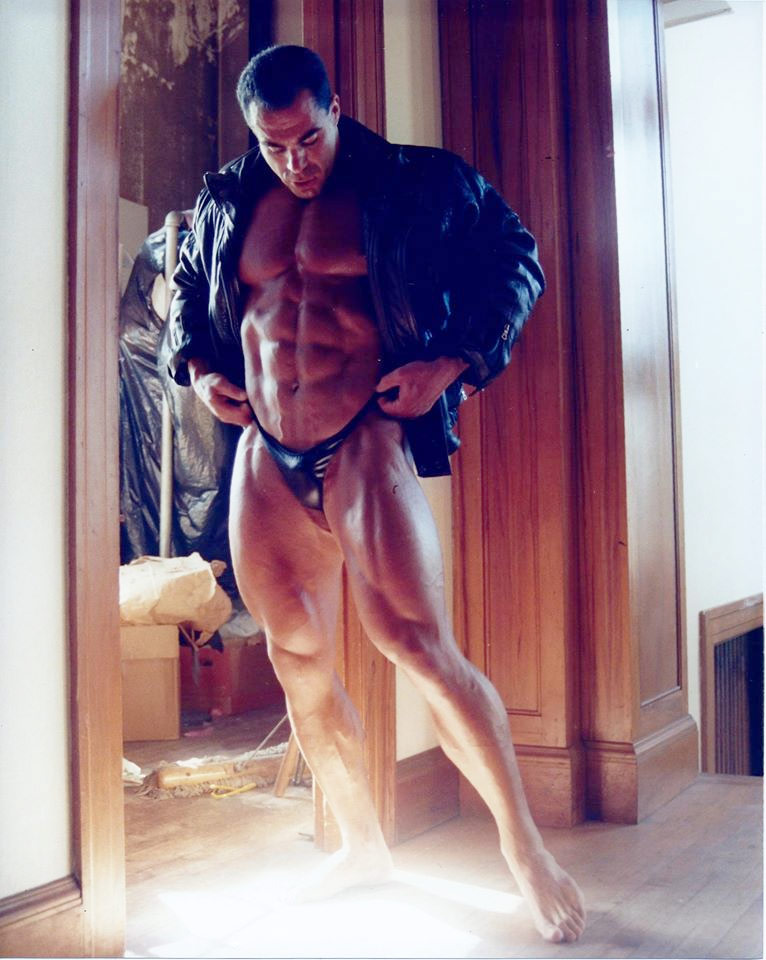 “I remember when I was 17, I squatted 315lbs for the first time without any spotters there.”

Mick enjoyed training multiple muscle groups per gym session, apart from on leg days. He would spend an hour in the gym, lifting weights with high intensity. 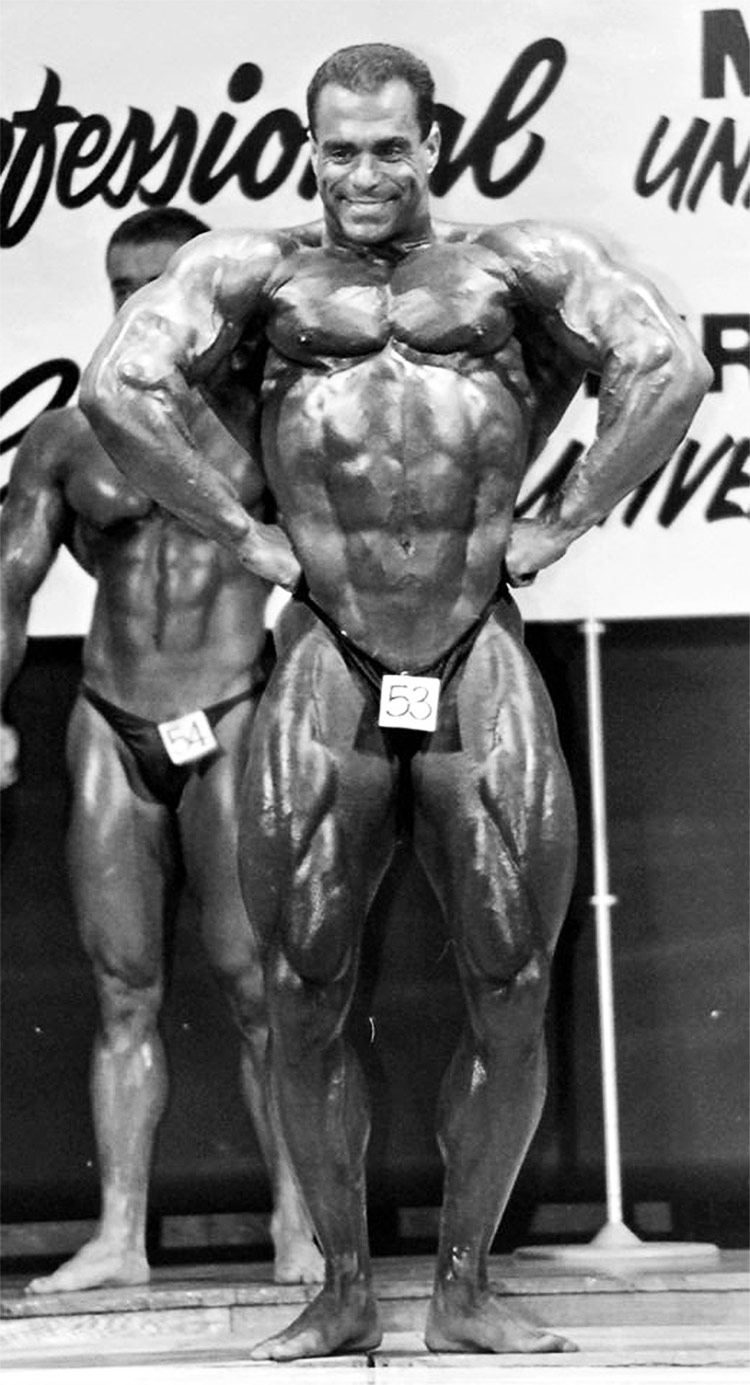 “I ate as clean as I could on a budget – egg whites, pollock, and other very low fat, cheap protein sources.”

Mick was a strong advocate of eating clean, to sculpt his physique in his prime. He planned his diet around egg whites, pollock (or other white fish), and complex carbs (such as sweet potatoes, pasta, and brown rice).

Mick also knew the importance of drinking an optimal amount of water a day. 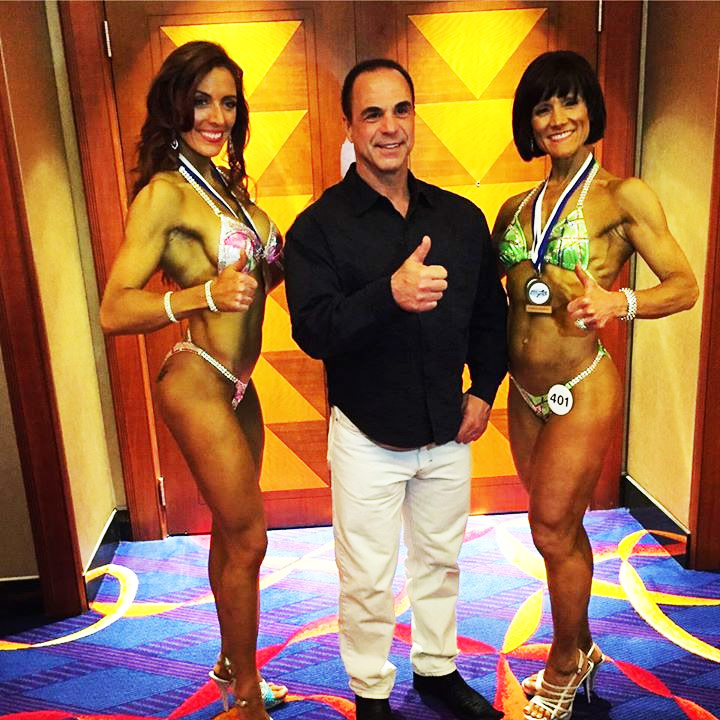 “When I was getting into fitness, Arnold Schwarzenegger and Roger Callard were in the magazines. I looked up to them.”

Mick’s mother has always been the strong figure in his life, especially after his father walked out on his family when he was 3-years-old.

In terms of idols in the fitness industry, Mick’s always looked up to Arnold Schwarzenegger and Roger Callard as his main inspirations. But he credits many of the Golden Era legends as influences that helped him achieve success – such as Franco Columbu, Frank Zane, Tom Platz, and Bob Paris. 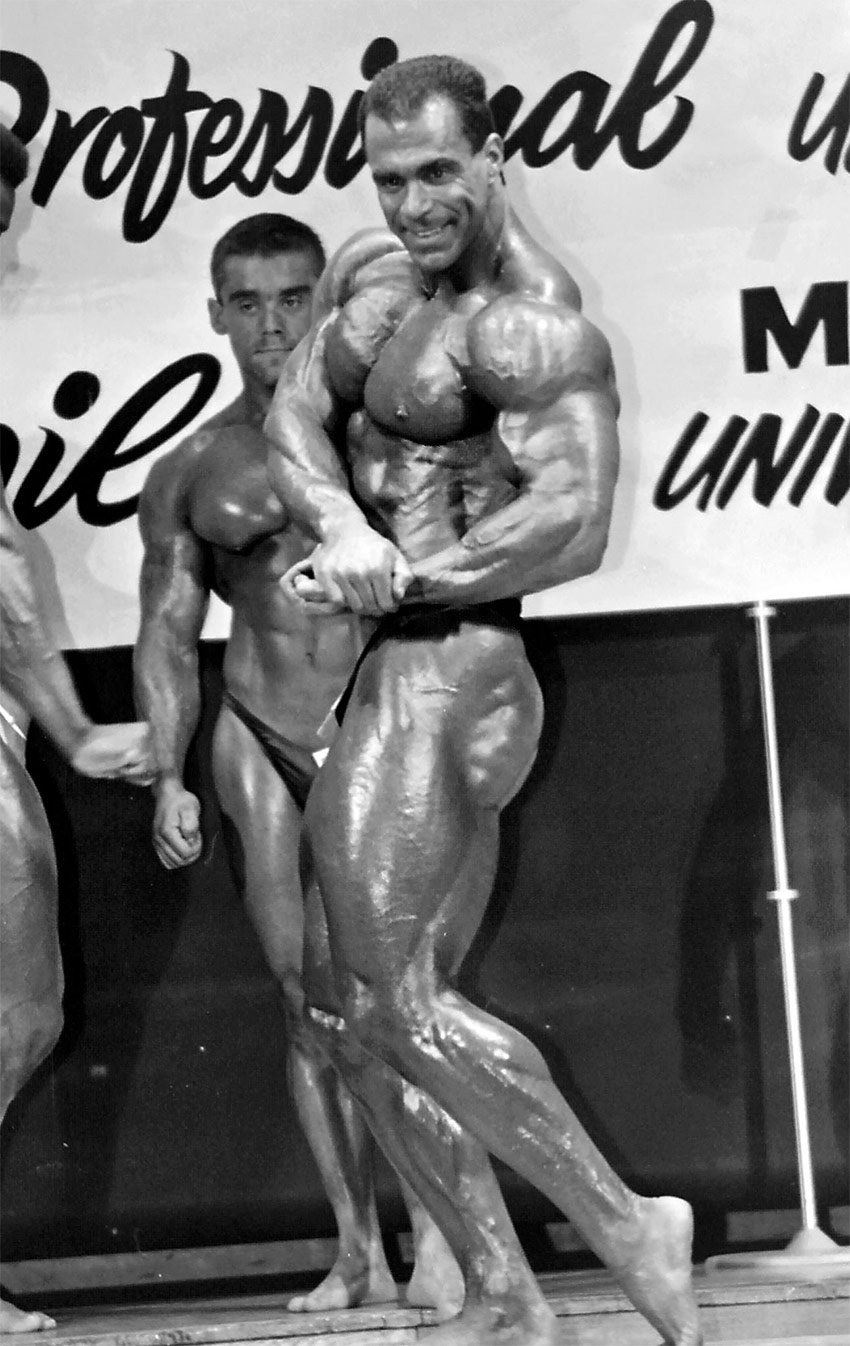 “It was a DO or DIE attitude that I trained with. I HAD to put in maximum effort – I had no other choice.”

What we can learn from Mick Souza

The most admirable thing about Mick, is his work-ethic and determination to succeed. Not many 18-year-old’s would leave their family home with very minimal money, and case their dreams – but that’s exactly what Mick did.

Ultimately, this is what endeared him to many legends in the industry; his charming and likeable personality gained him free access into World Gym, and mentoring by some of the greatest bodybuilders in the sports history.

I am so happy to have come across this article about my husband, Mick Souza. I enjoyed reading it, but wanted to make a couple of corrections. Mick was born in Newport RI, he is 5’10” and in his last competition (in 1992 when he won his class in the Mr. Universe) he weighed 242 lbs.
Thank you for giving Mick the recognition that he deserves, he is very passionate about bodybuilding.
Carla Panaggio Souza

Hi Carla! Thanks so much for reaching out! It’s great to have your positive feedback on Mick. We’ve updated the profile with your edits. If there’s anything else we can do, don’t hesitate to keep in touch! All the best!

At Gary’s gym in Middletown around the late 1990’s Mick did 315 pound squat for 30 reps. Wasn’t even breathing hard.