Back when Michael Smith first joined the gym, he never imagined he’d become an NPC athlete, fitness model, certified personal trainer, and an icon for many people online.

In fact, he was a slim child who struggled to put on weight during high school. But one day, he said enough was enough – deciding to start his weightlifting journey to become bigger and stronger.

What initially started as a hobby, turned into a full-time career. Michael now works as an accredited personal trainer and sponsored fitness model. He continues to work hard on improving himself daily while inspiring other fitness fanatics to keep their dreams and ambitions alive. 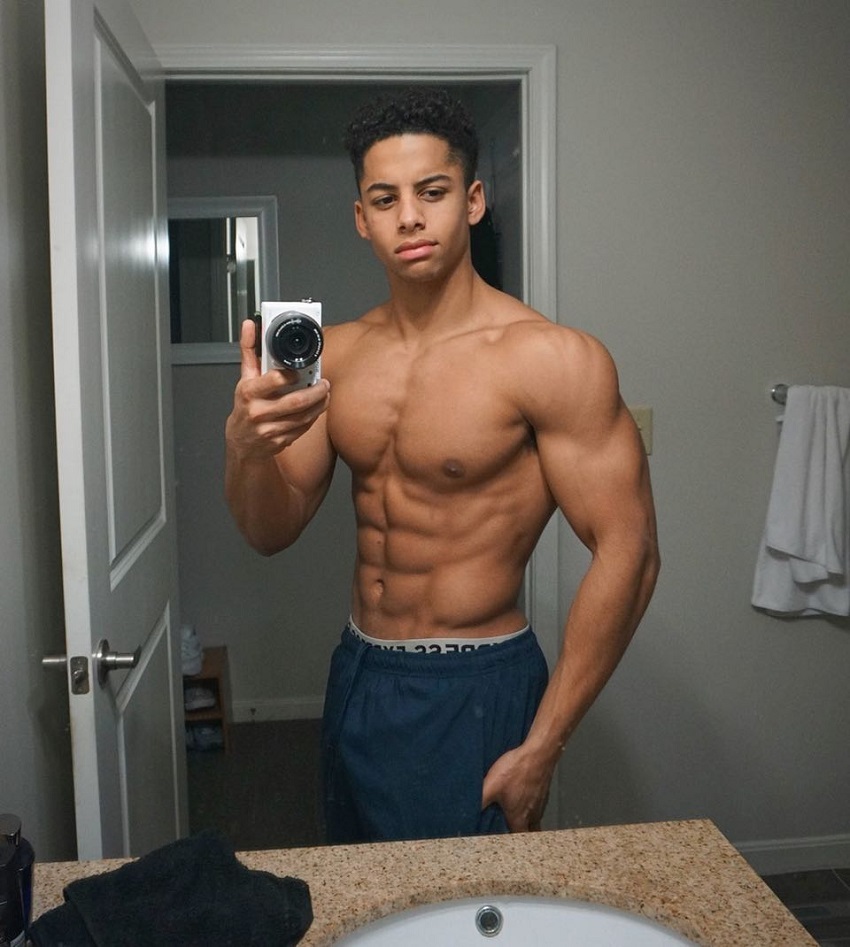 “I’m dedicated to the mentality that if you want something, you have to chase it and give 100%.” 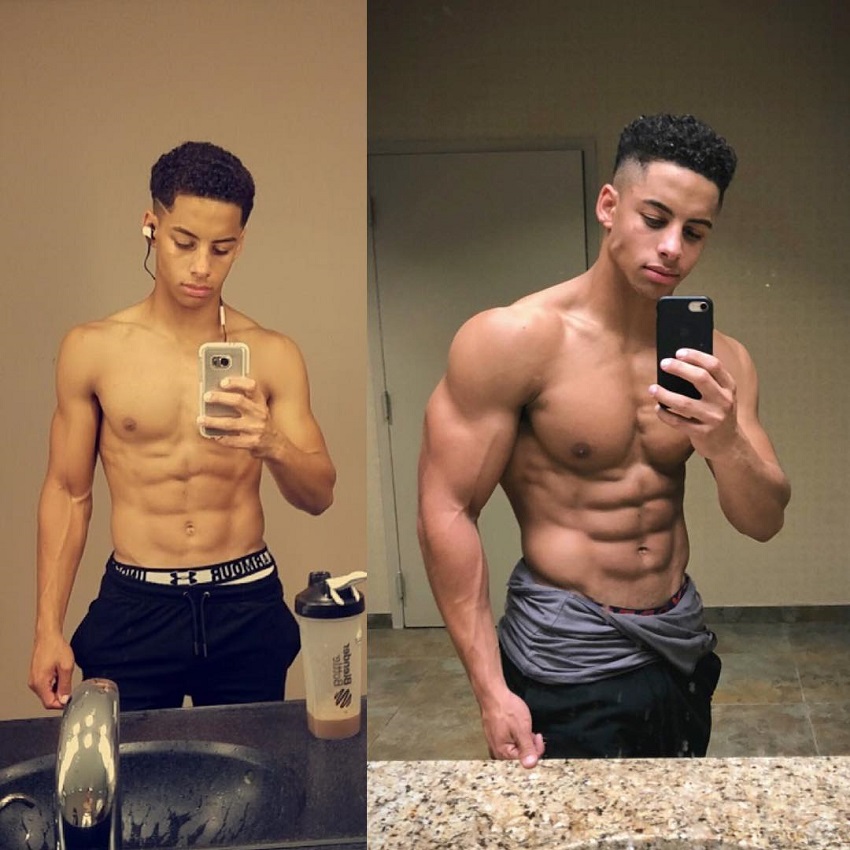 “If I’m being honest, I really just started lifting to put my head in a better space. Once I saw the results and the more I learned, the more it consumed me.”

Michael has attracted a large social media following thanks to his stunning transformation in the gym. By uploading pictures and videos of his fitness journey, Michael became an icon among his fans. These people now use Michael’s advice to build great physiques themselves. 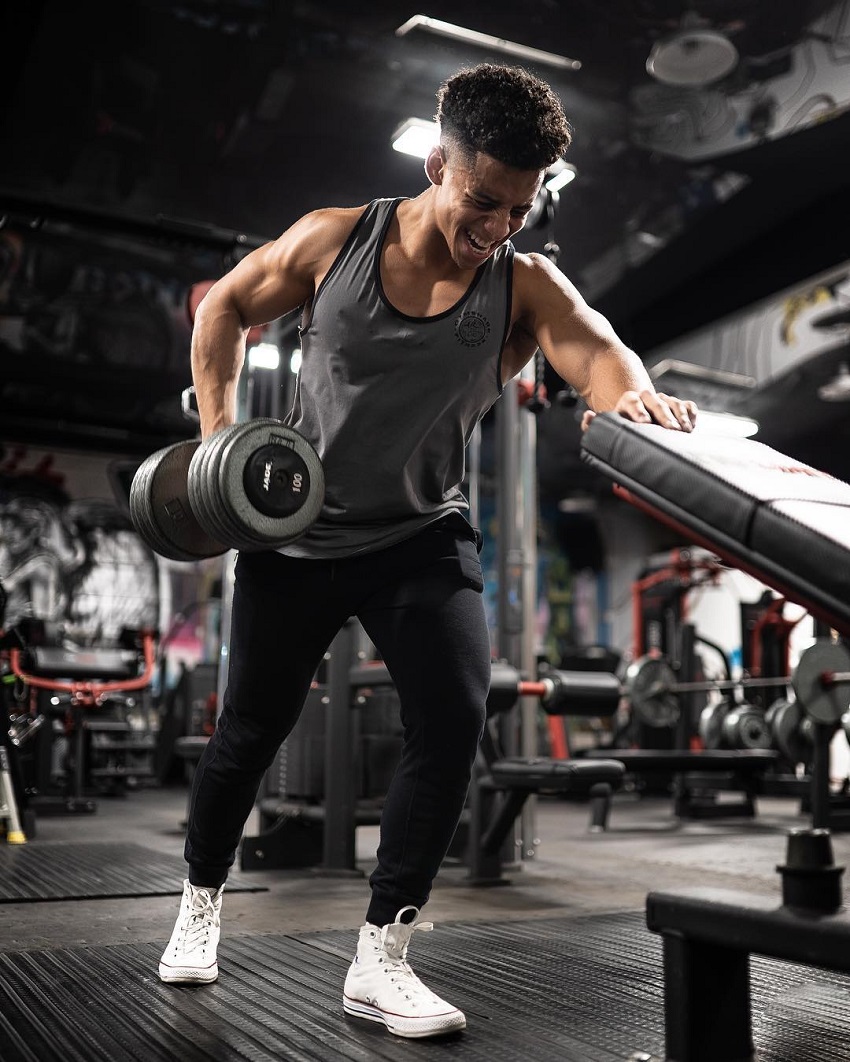 Transformation of the Body, and the Mind

Michael Smith is a fitness model from Ohio, USA. He’s known for competing as an NPC athlete and for being a certified coach on the side.

His story all started back in high school. Around this time, Michael decided to improve his size and strength by going to the gym.

Like most other teens his age, Michael’s only goal initially was to look better; believing this would bring him respect from his peers.

Over time, however, Michael realized that bodybuilding was a means to much more than just a great body and getting respect from others. It was also about strengthening his mindset and building discipline. 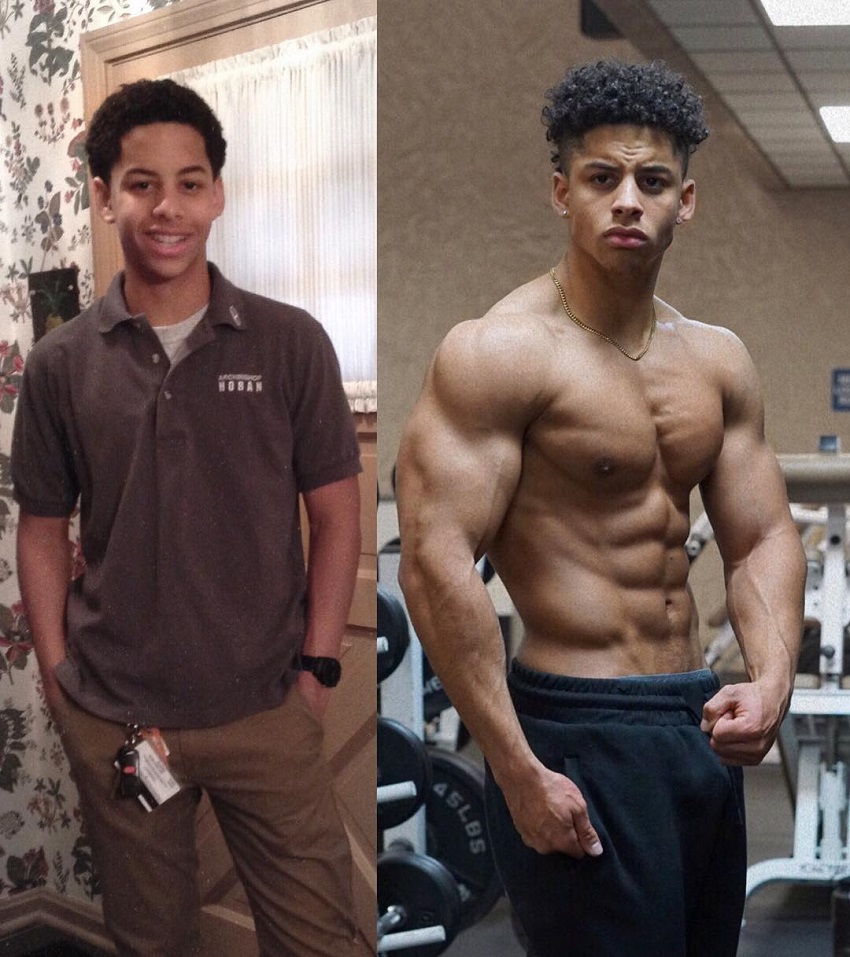 The results from training in the gym ‘sold’ Michael to the lifting lifestyle. Before long, he reached his next big milestone on his journey.

As his physique improved, so did Michael’s social media following. During his transformation, he documented his progress by posting social media pictures and videos. Although at first, this was just for personal use, it later became his full-time business as more and more people started asking Michael for advice on training and nutrition.

Fast forward to now, Michael has become a certified personal trainer, fitness model, and NPC competitor. If someone told him he would become what he is today back when he first started training, Michael says he’d never believe it. In his own words; “I never imagined reaching the audience that I do today and this community is something I truly cherish.”

With his humble attitude and strong work ethic, Michael has quickly won the admiration of many of his fans who continue to support him every step of the way. 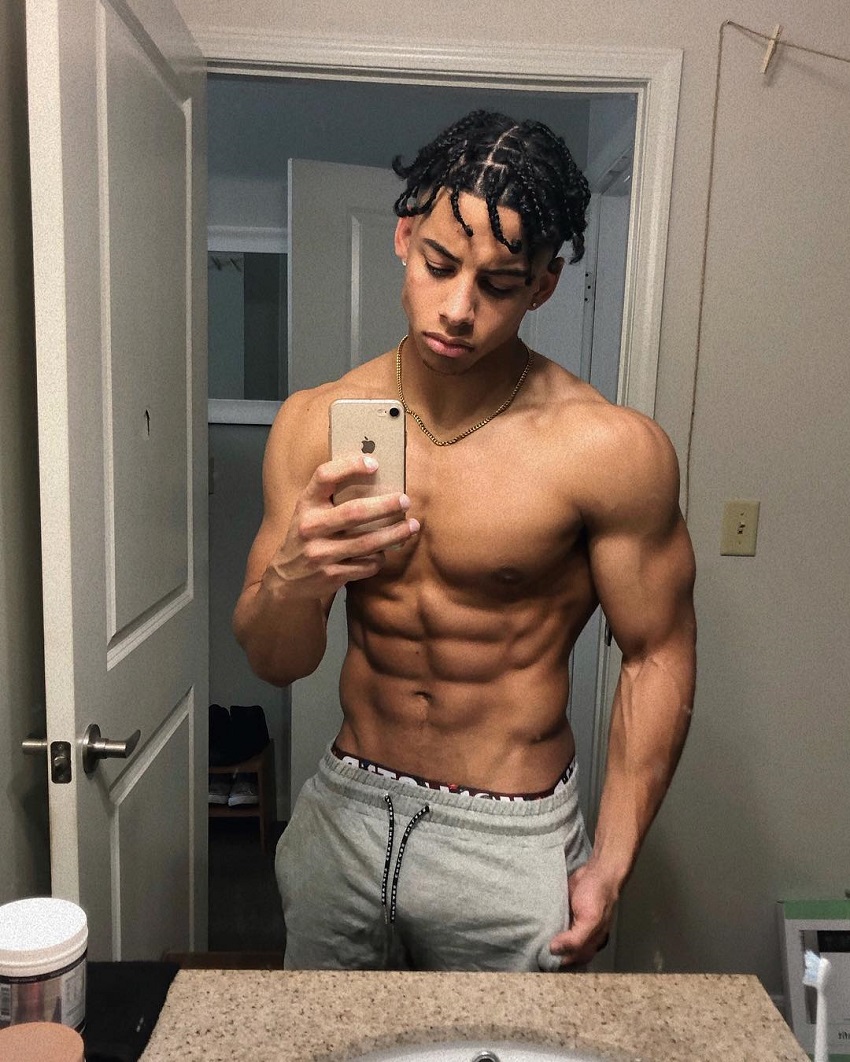 Michael goes to the gym several times per week; focusing on different body parts in each workout to maximize muscle hypertrophy.

He dedicates at least 45 minutes to each training session. However, when he has time, Michael might do an even longer workout to get as much out it as possible.

He’ll sometimes train with heavy weights at 5-8 reps if his goal is to gain strength. For muscle growth, he’ll increase the reps to 10-12 and slightly reduce the weight. He’ll also sometimes do drop-sets at the end of his workout to keep things as intense as possible. 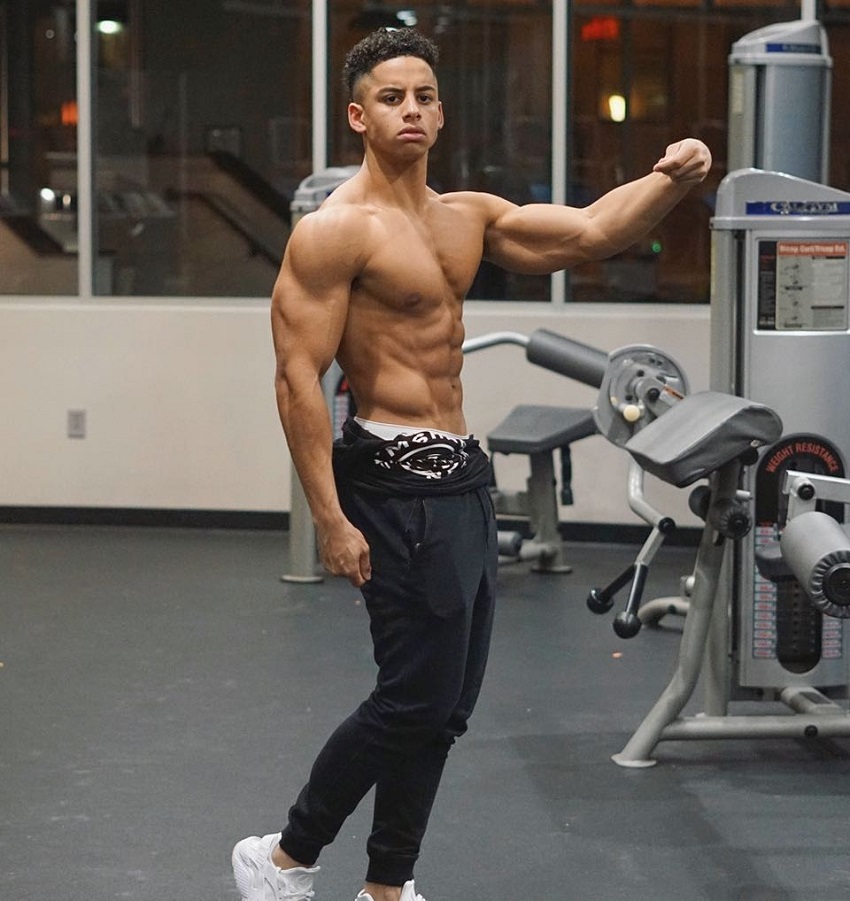 As a personal trainer, Michael isn’t just well-versed in the field of strength training but nutrition, too.

He’ll include plenty of lean meat, eggs, organic vegetables, and sweet potatoes as his staple foods. He’ll also eat organic, grass-fed red meat to get healthy fats and B vitamins.

In terms of cheat foods, Michael has them once or twice per week. This is where he’ll eat something he truly enjoys. The rest of the week is dedicated to only the cleanest foods. This way, he stays happy and lean all year-round. 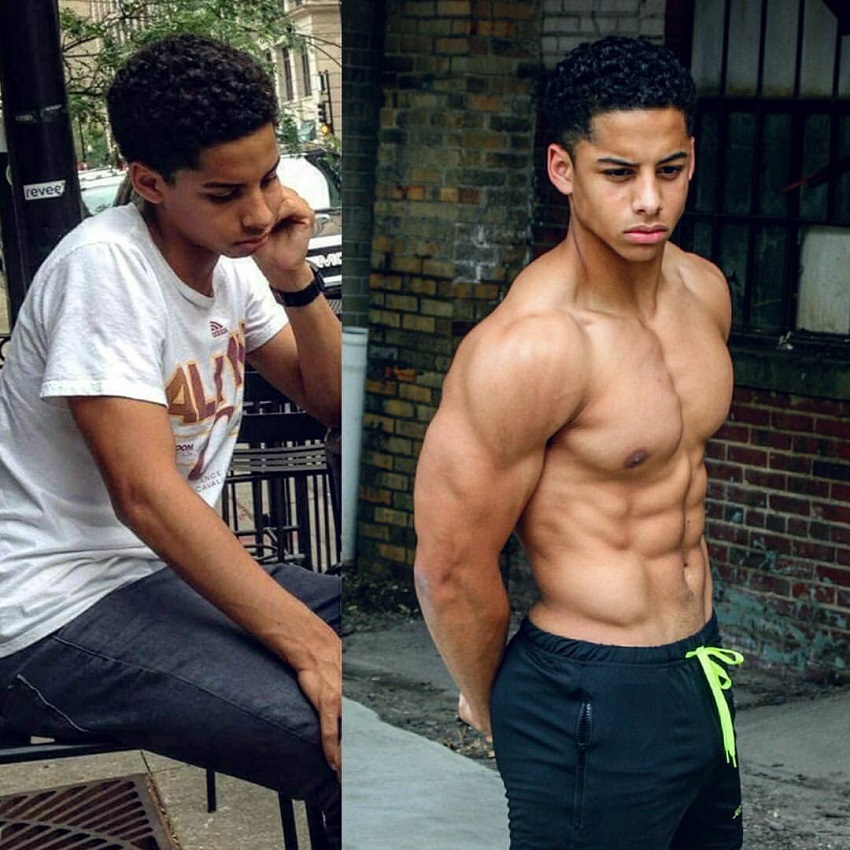 What we can learn from Michael Smith

What we can learn from Michael Smith, is that there are no limits to how far you can go. Don’t ever tell yourself that your dreams are too big.

When Michael started his journey, he didn’t even imagine he’d become who he is today. But by working hard and staying true to his goals, he became more successful than he’d ever imagined.

And in the process, his mindset about success has completely changed – he realized he could achieve anything he wanted as long as he believed and worked hard for it.

Remember Michael’s story the next time someone tells you that you can’t do something. By believing in yourself and never giving up, you can achieve greatness – just like Michael.

Merk has always inspired me to be the best i can. He motivates me everytimes i watch his YouTube videos. Thanks bro?

One of my fav trainers… keeps me motivated

You always inspired me micheal

The only person who ever looked better before working out. This guy is just naturally beautiful with a great personality to boot.

Merk/Michael,
You said that you recently found you were lactose intolerant. If you have a Whole Foods nearby or Wegman’s. Look for Dayia Vegan cheese products. You will not even know you are eating a plant based product. The same goes for non dairy ice cream in moderation of course.

can i contact him?
i am from Sri Lanka.

How tall is he?