Matt Medenhall (AKA. Mr. Genetics) was one of the most promising youngsters in 1982 along with Lee Haney. He’s considered the greatest bodybuilder to have never turned professional.

Matt has a list of unfortunate illnesses that stopped him from reaching his peak and earning his pro card.

But despite all his bad luck, he didn’t give up on his dream until he was forced to – his body started to shut down after years of intense bodybuilding. 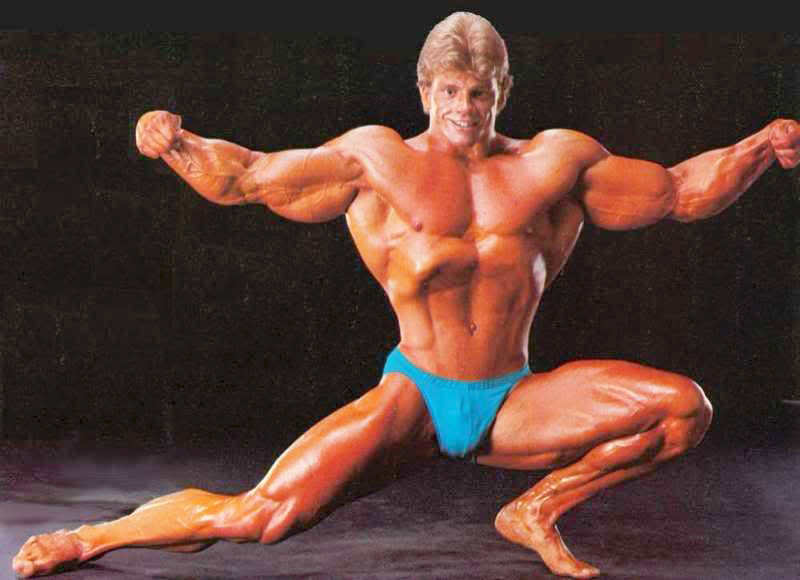 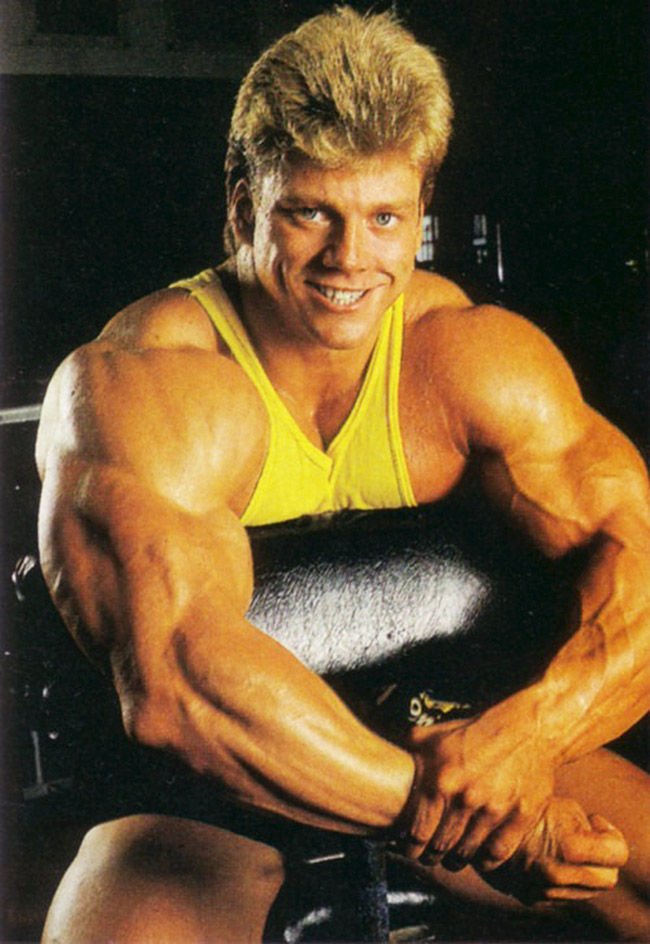 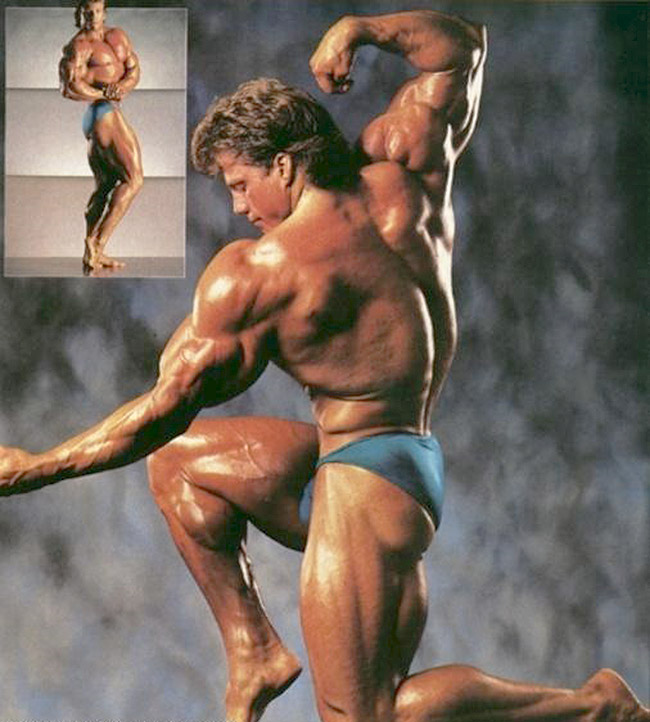 Born in Cincinnati, Ohio, Matt grew up in a family addicted to fitness – three of his siblings were bodybuilders, with two of them competing while he was a child.

In his early years, Matt didn’t follow family tradition. He was a keen football player and enjoyed pole-vaulting.

However, his amazing genetics allowed him to develop a great physique without stepping foot in the gym.

Injury and Entering the Gym

At the age of 15, in 1975, Matt suffered a serious injury to his forearm while practising pole-vaulting. At this point, he almost had his forearm amputated, and the doctor told him that it wouldn’t recover fully.

But his siblings encouraged him to never give up. Under their guidance, he entered the gym and began rehabilitation using weights.

It wasn’t long until he’d proved his doctor wrong – he’d regained full use of his forearm, and packed an impressive amount of muscle mass onto his frame. 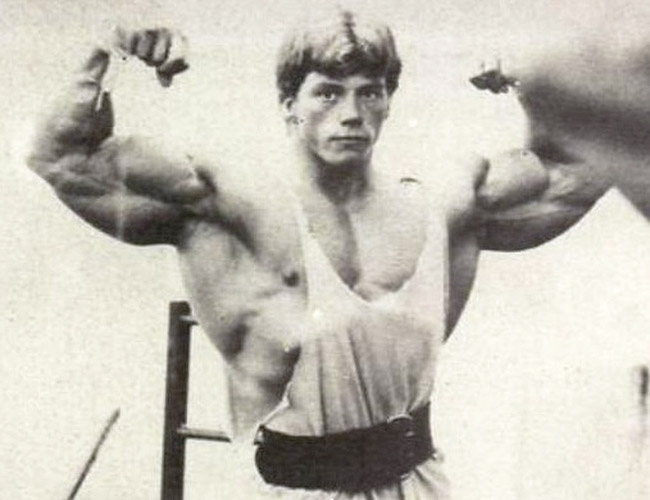 Matt as a teenager in high school.

3 years after he began lifting weights in the gym, Matt had sculpted an incredible physique. He’d surpassed all of his schoolmates in his senior year in terms of muscle, and already looked like a seasoned bodybuilder.

In 1978, at the age of 17, after encouragement from his family and school sports teacher, Matt entered his first competition – the Mr. Ohio High School show.

Despite no preparation, posing experience or tan, Matt dominated the contest. He walked away from his debut with the trophy.

It was at this point that Matt realized his potential to succeed in the industry.

Over the next 7 years, Matt appeared in a further 9 competitions, winning 4 of them. Although he came second on numerous occasions, Matt lost very respectably – in 1982, at the young age of 22, he lost out to future legend, Lee Haney.

However, he never managed to reach his genetic potential due to a series of serious illnesses and events.

In 1983, he suffered from a flu virus 3 weeks before the NPC Nationals. He lost significant weight and condition while recovering, but stepped on stage after his parents arrived at the show excited to see him compete.

A year later, he was involved in a car crash and was flung out of his front window. Although he managed to recover and bring his best shape to the competition, he was controversially beaten by Mike Christian to 1st place – the crowd were fuming and this decision would be questioned for years to come.

But in 1985, at the age of 25, Matt tasted rare success. He entered the NPC USA Championships and took home the trophy in the heavyweight division. This victory gained him entry to the World Games that year. 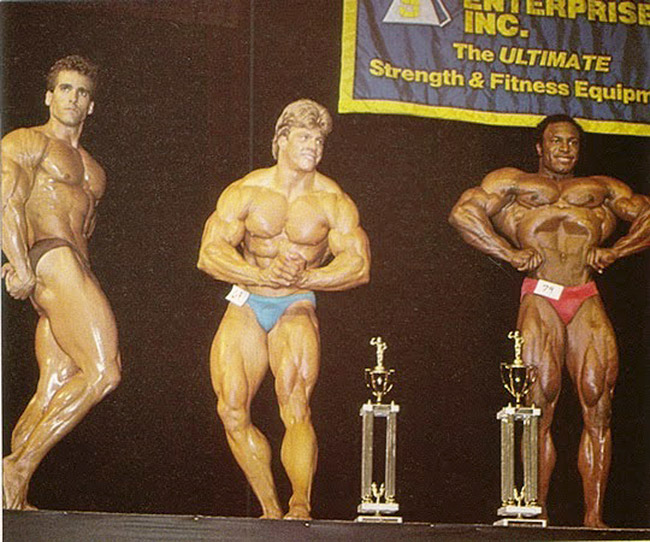 By the time of the 1985 NPC World Games, Matt was suffering from jetlag and exhausted from his flight to London. This caused him to retain a lot of fluid for the competition, and he lost to a shredded Berry DeMey.

After another second place at the 1986 NPC Nationals, Matt fell ill again. His body wasn’t taking the pressures of competitive bodybuilding well, and he started to consider hanging up his boots.

After placing 10th and 11th in the 1987  and 1988 NPC Nationals – the lowest he’d placed in his career – he finally decided to take time away from the sport.

For the next 3 years, he enrolled a college to study homeopathic medicine and started his own supplements company.

After being asked countless times by Joe Weider to make a comeback to competitive bodybuilding, Matt stepped on the stage at the 1991 NPC Nationals. Although he didn’t win, he’d placed at a respectable 5th

At the age of 31, Matt had made his last appearance on stage.

After retiring from the sport, Matt moved to Texas and began a personal training company. However, Matt had left the industry as a legend, regardless of his competitive history. 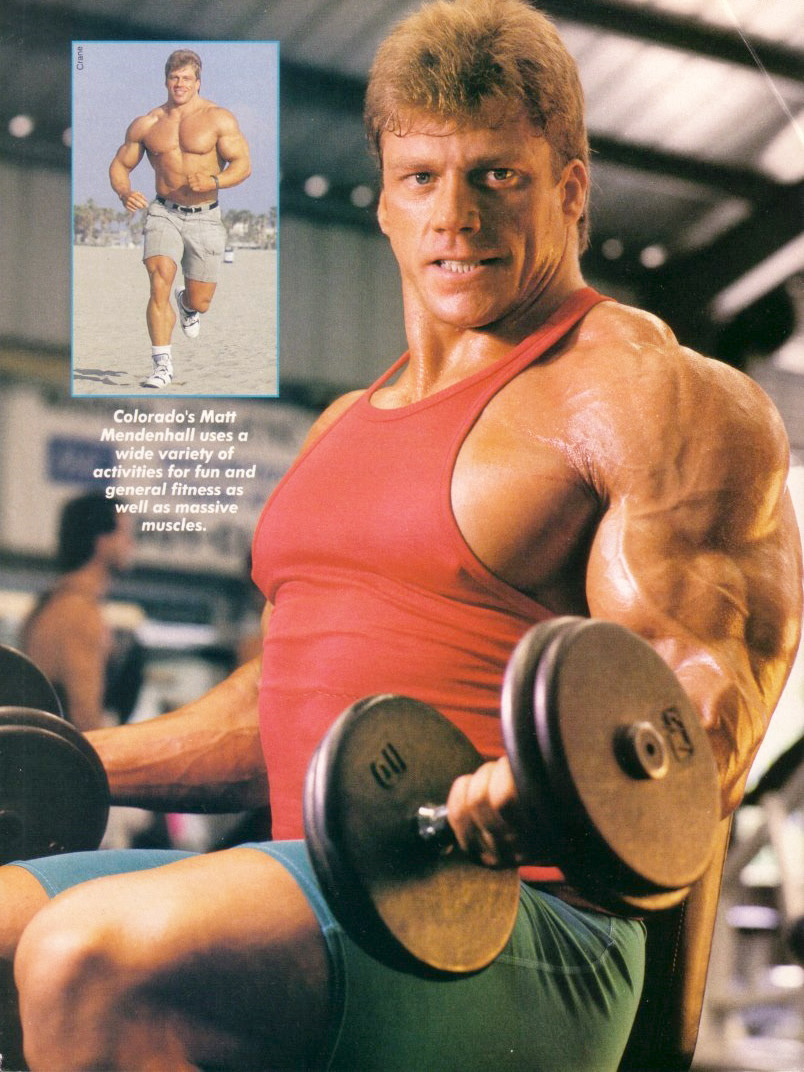 While in his peak, Matt performed anywhere between 6-30 reps in sets of 4-5 depending on the exercise.

He enjoyed training to failure and completing forced reps in every exercise except legs.

Back (Monday and Thursday) 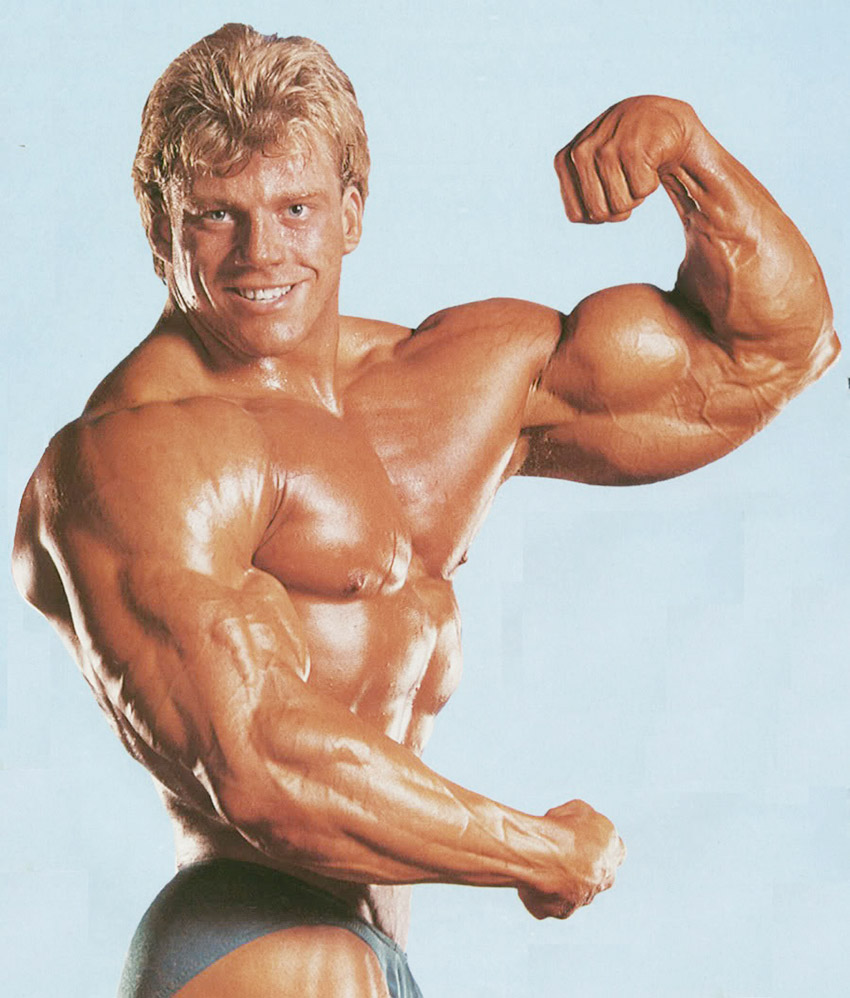 When he was competing, Matt would keep his calories at 1800 to get into peak condition. He’d cut out junk food completely from his diet and kept his fat intake as low as possible.

However, unlike other bodybuilders, Matt never counted his carbs. He planned his diet around lean proteins, complex carbs, fruit, and vegetables.

Matt prepared all of his meats and vegetables in a steamer. 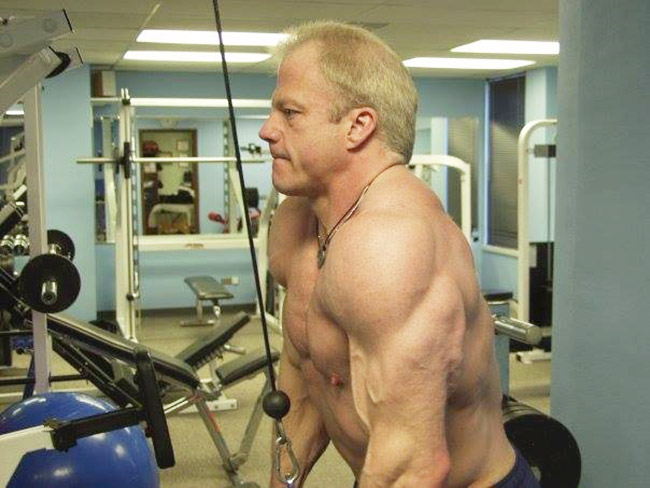 Since beginning weight training, Matt’s family had always been behind him – he names them as his main influences during his journey.

It was his brothers that led him onto the path of bodybuilding, and they trained with him throughout his career. 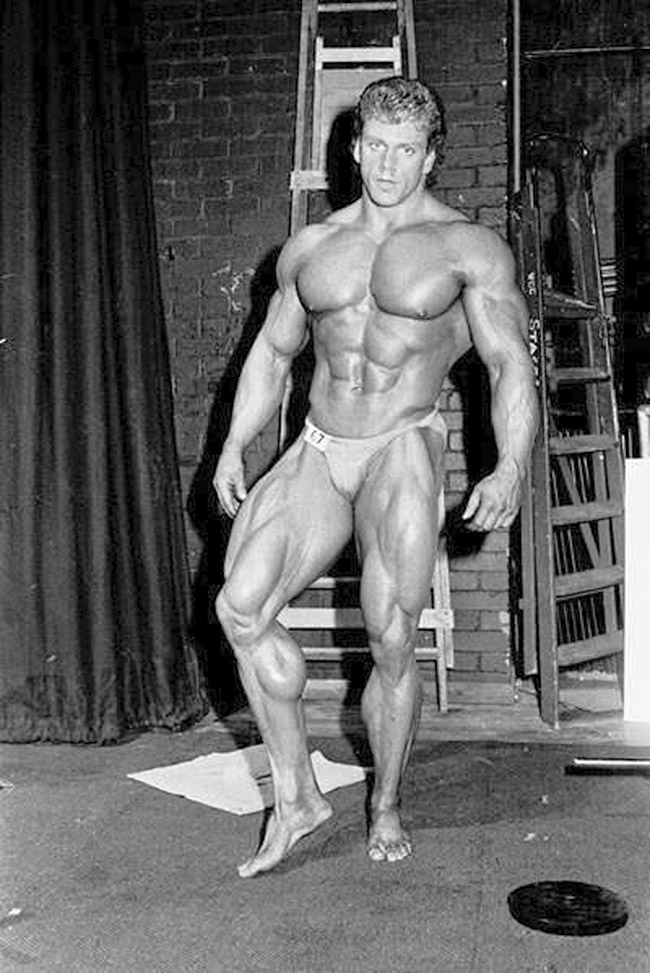 What we can learn from Matt Mendenhall

Matt has taught us to never give up on our dreams, regardless of any events. He still stepped on stage at numerous competitions despite suffering from extremely unfortunate events only weeks before.

One thing we can take away from Matt’s story is that winning trophies isn’t everything in life. Although he placed second on many occasions and didn’t become a professional bodybuilder, he’s still remembered as one of the greatest athletes in the sport’s history.

Matt Mendenhall is the Steve Reeves of his generation; the handsomeness & the physique that every man envies, every woman admires.

I agree with you.
Would also like to know what the experts have to say.
Darn… just look at this picture above…

I saw Matt at Olympic Gym in San Antonio, Texas when he was about 32 and he looked awesome! What a pity he could not realized his full potential!

This is what you call a bodybuilder. Perfect symmetry and conditioning. Simply beautiful.

Matt Mendenhall will always be one my favorite Bodybuilders!!

I would have loved to have competed with him.
What ever happened to him? It is like he disappeared?

He was a beautiful young man. I met him once and got his autograph.

What did he die from?

I learnt he passed away https://theartsofentertainment.com/toyosi/2021/08/28/matt-mendenhall-death-dead-what-happened-to-matt-mendenhall-cause-of-death/