Matt Fox is a father, fitness model, bodyweight training expert, and cancer survivor. From a young age, Matt was obsessed with playing sports and pushing his body physically. In fact, by the age of 15, he already traveled the world as a professional sports athlete.

But then, at 22 years old, Matt’s career took a serious blow. He was diagnosed with testicular cancer.

Rising up to his biggest challenge yet, Matt not only recovered back to full health. He also built a business out of his passion for fitness and bodyweight training.

And this is his story: 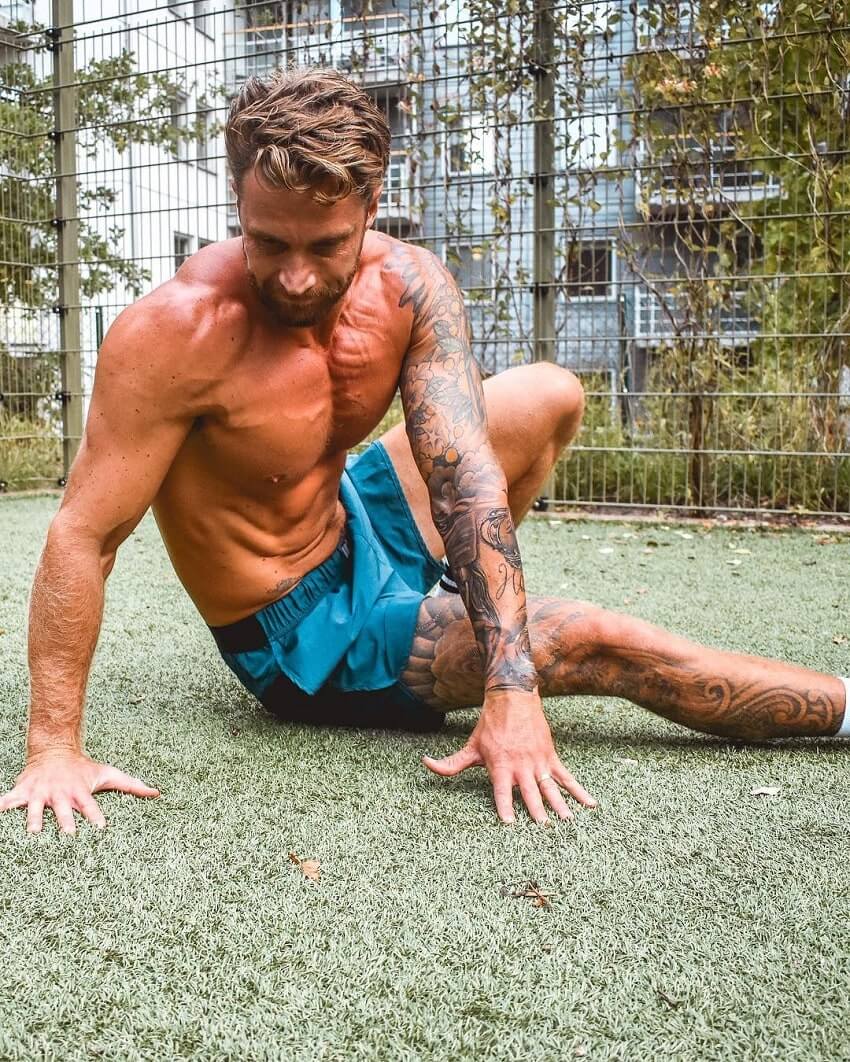 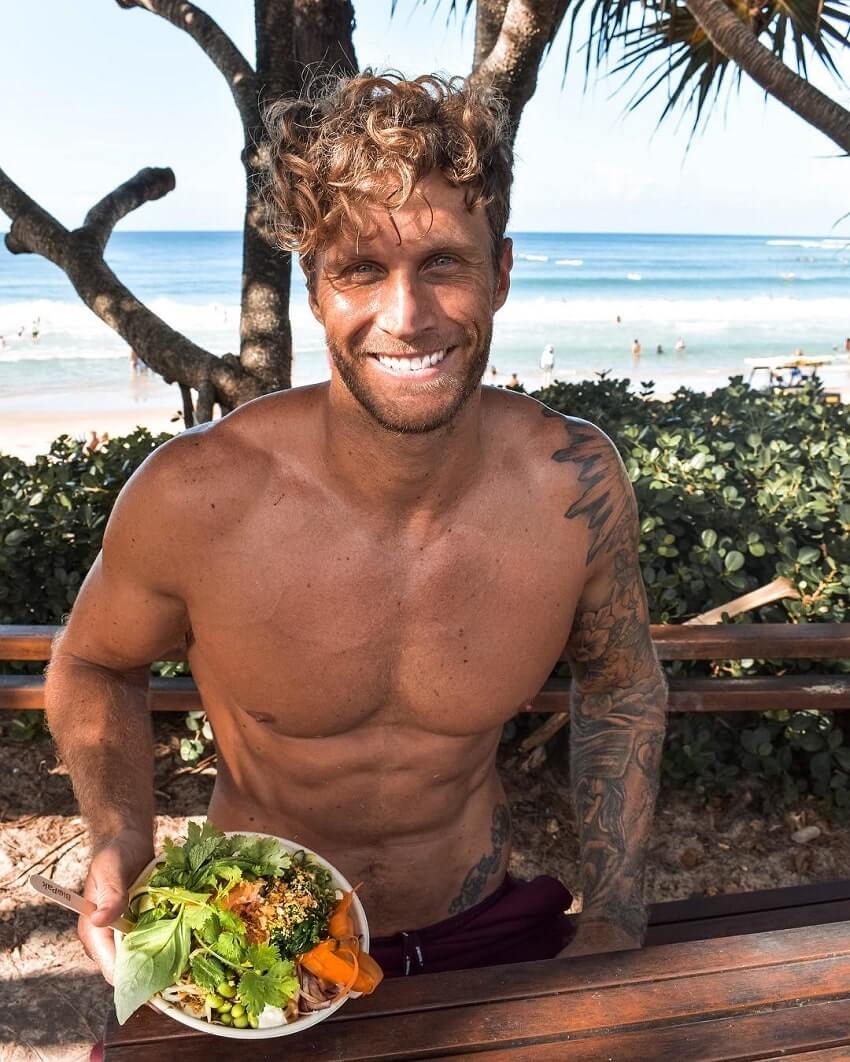 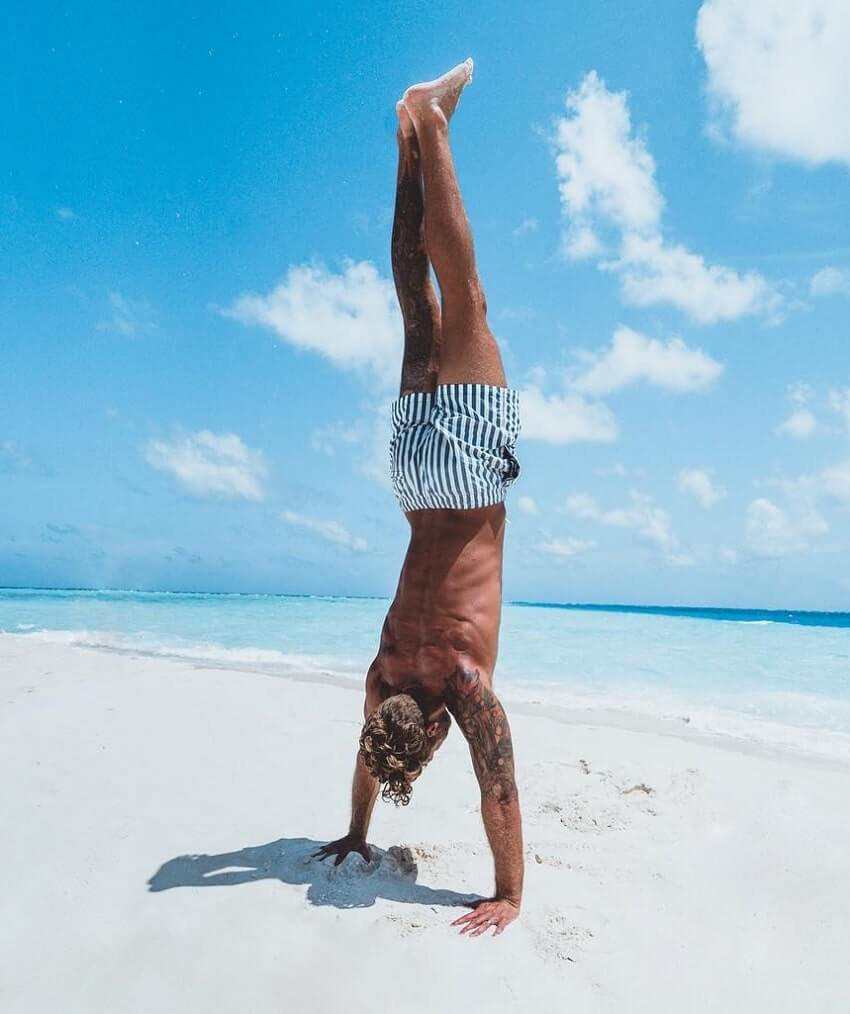 Matt Fox has a long background in sports. From the age of 6, he played almost every sporting activity ‘under the sun’ and was extremely successful at it.

“From the age of about 6, I was involved in almost every sport there was, from basketball to athletics, swimming to long distance running and everything in between.”

In fact, Matt was so good that he got the chance to travel the world at the age of 15 doing what he loved, which was playing sports.

“I loved being on the move and keeping healthy and active – that was my passion.” 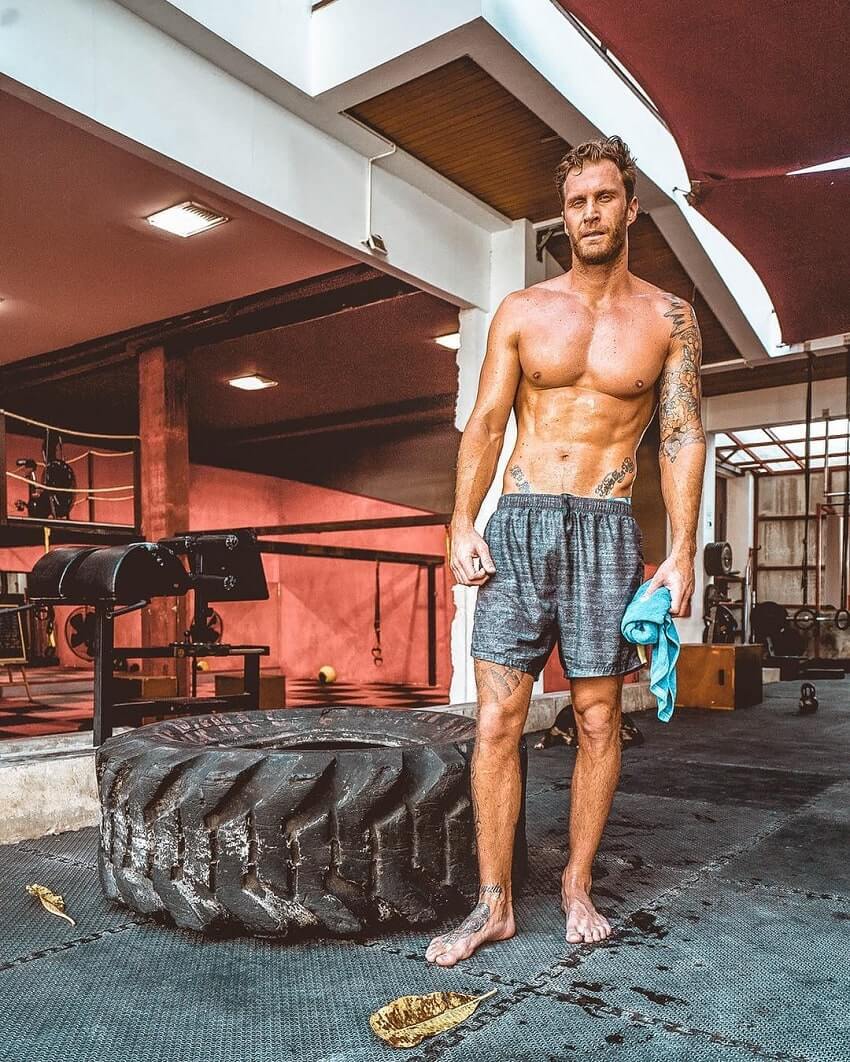 Matt kept achieving excellent results in sports over the years, and his future looked bright.

But then tragedy hit.

At the age of 22, he was diagnosed with testicular cancer. This required surgery to remove the tumor, along with one round of chemotherapy.

“The doctor I went to for a check-up told me everything “felt fine” and I was wasting my time wanting to get a referral for an ultrasound. Knowing everything wasn’t “fine’, I persisted and had an ultrasound (against his belief). A few days later the doctor confirmed what I had known myself. The lump was cancer.”

Matt was devastated by the news. As a young man in his prime, he didn’t just have his health in ruins but also his confidence. 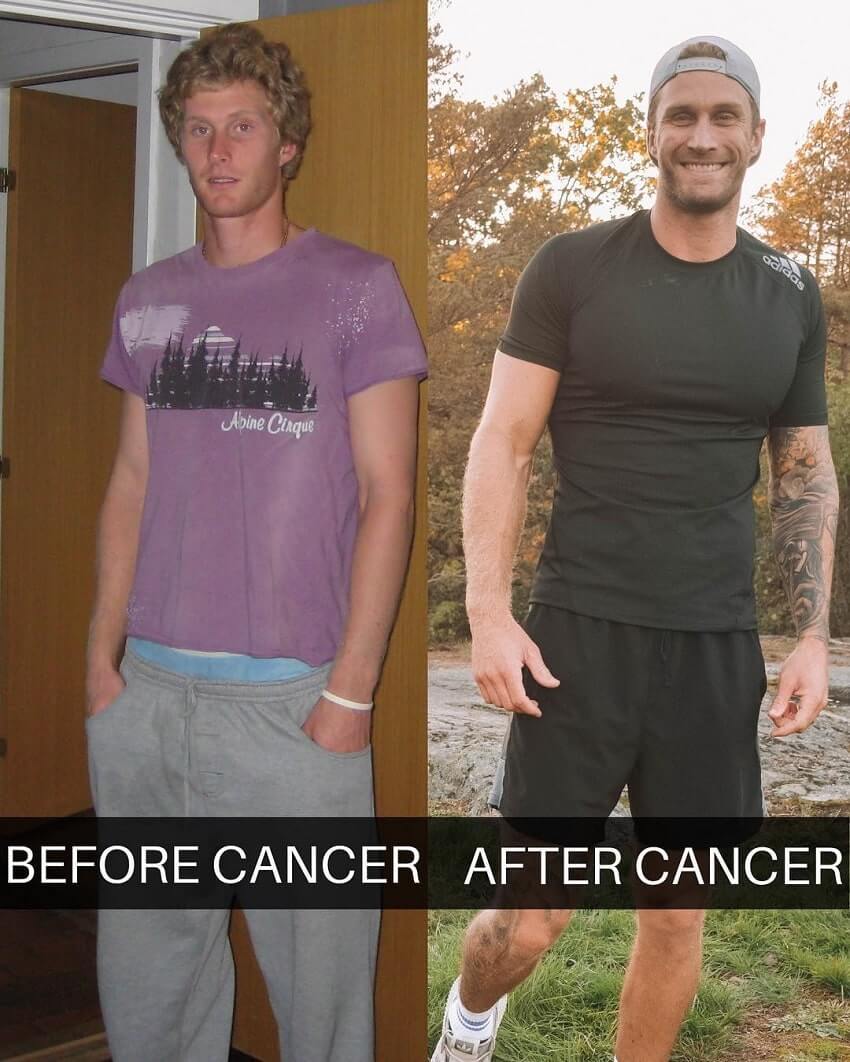 As much as being diagnosed with cancer was shocking to Matt, he didn’t allow the illness to get the best of him.

As an extremely competitive person, he viewed cancer as a challenge and opportunity to grow into a stronger and better version of himself.

Here’s Matt talking about his chemotherapy experience; “I have two huge moments from this period in my life, which I think will stick with me forever; 1: Sitting in the big armchair with an IV drip in my arm pumping the chemo drugs into me and the burning sensation it gave my body as they do a “flush or blast” for the final moments of the treatment.

And 2: jumping on the exercise bike at my friend’s house 2 days after the treatment and lasting barely 2 minutes before I felt like I was going to faint and be sick! “ – Matt Fox 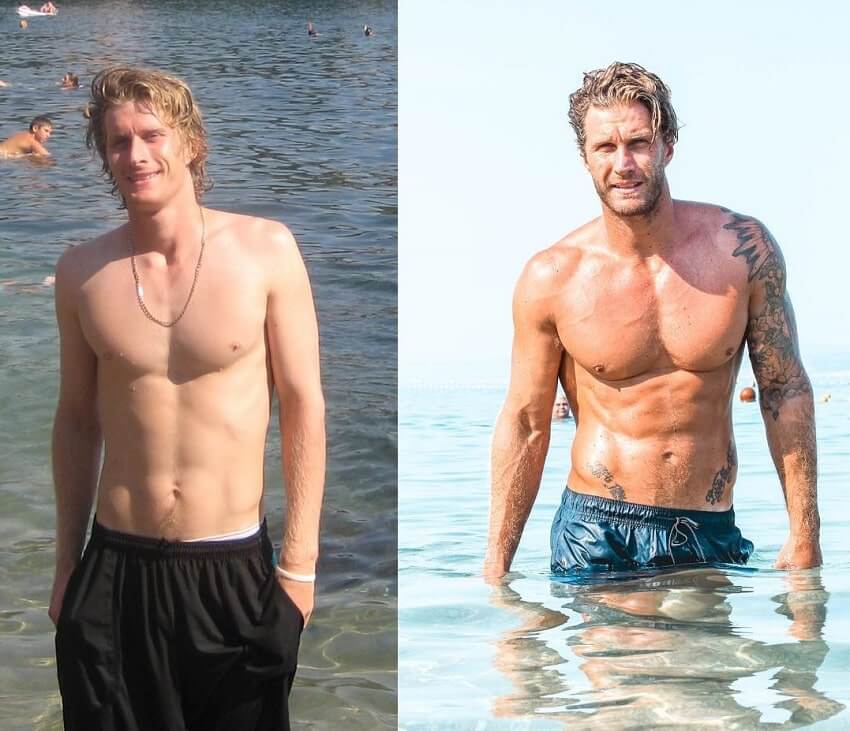 Being diagnosed with the illness saw Matt’s professional career come to a grinding halt. This wasn’t easy to accept for Matt, who worked towards becoming an athlete for over 10 years.

But on the bright side, he was eventually able to overcome the illness and return to full health once again. 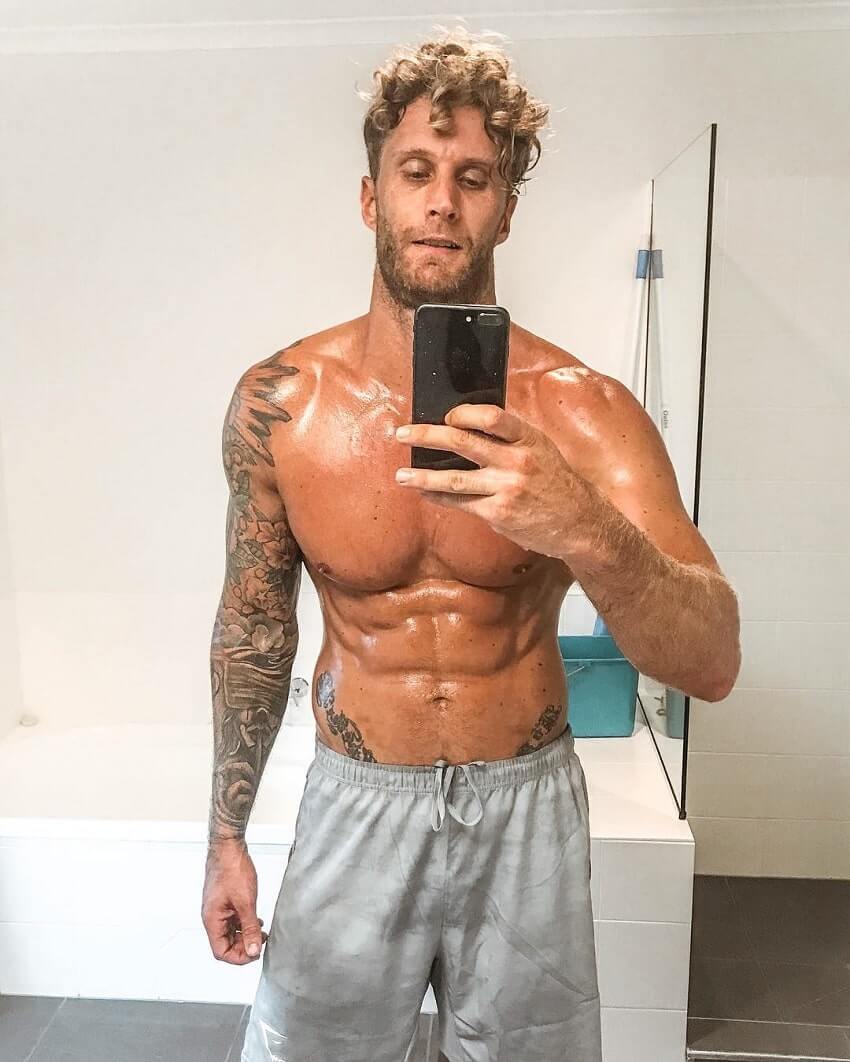 Getting Tired of the Gym

Although he no longer played sports, Matt stayed active by training in the gym.

However, these repetitive workouts got boring quickly for Matt. He said: “motivation stalled once again, this time from the same boring gym workouts, wrestling for use of machines and equipment at overcrowded gyms, paying for expensive lock-in contracts and feeling trapped by being constantly indoors.”

Matt’s mental state reflected on his physique. He saw little to no results from his training, no matter how much gym work he did. 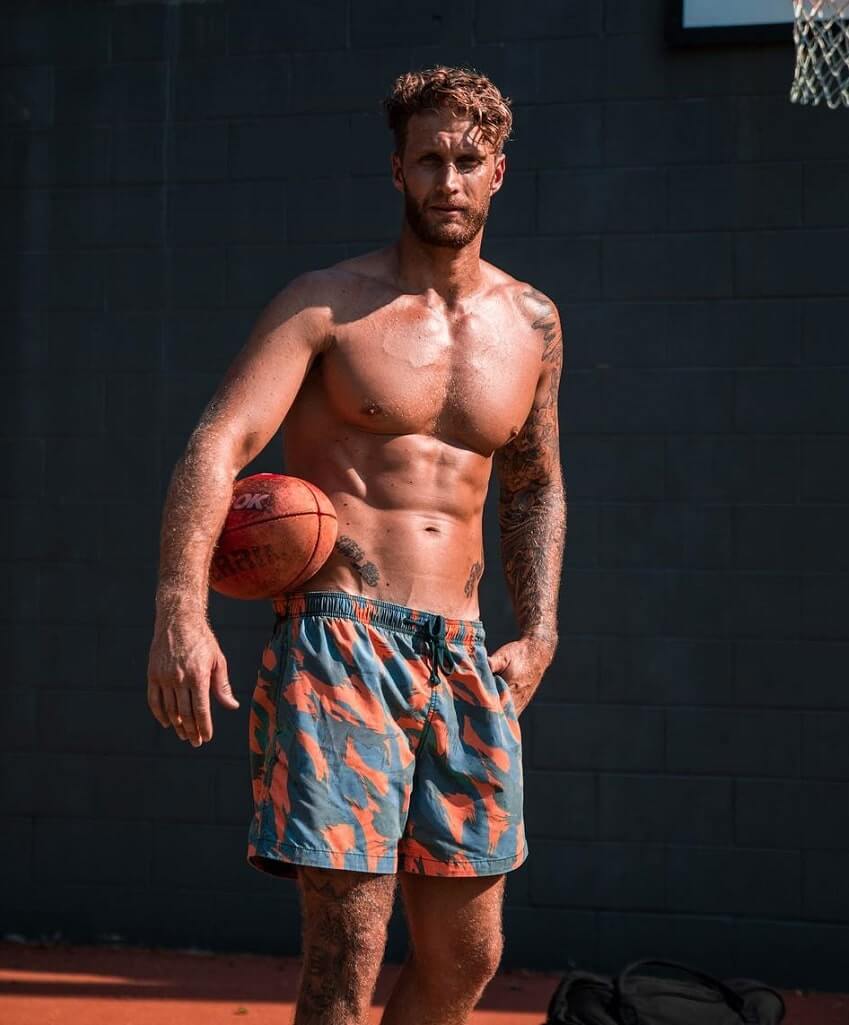 In 2016, Matt married his wife and became a father. With a full-time job and a new family, his freedom to exercise was now limited.

This is when Matt decided to tap into his knowledge he’d learned as a professional athlete to transform his body and health, without the need to train for hours in the gym.

Matt’s first step was to quit weightlifting. Instead, he devoted his time to building a business that teaches people how to achieve fit bodies using bodyweight exercises only.

“I decided to use all the knowledge I had learned through 7 years as a professional athlete plus another 10 years of training to help transform my fitness, to help others do the same with my personal training business.” 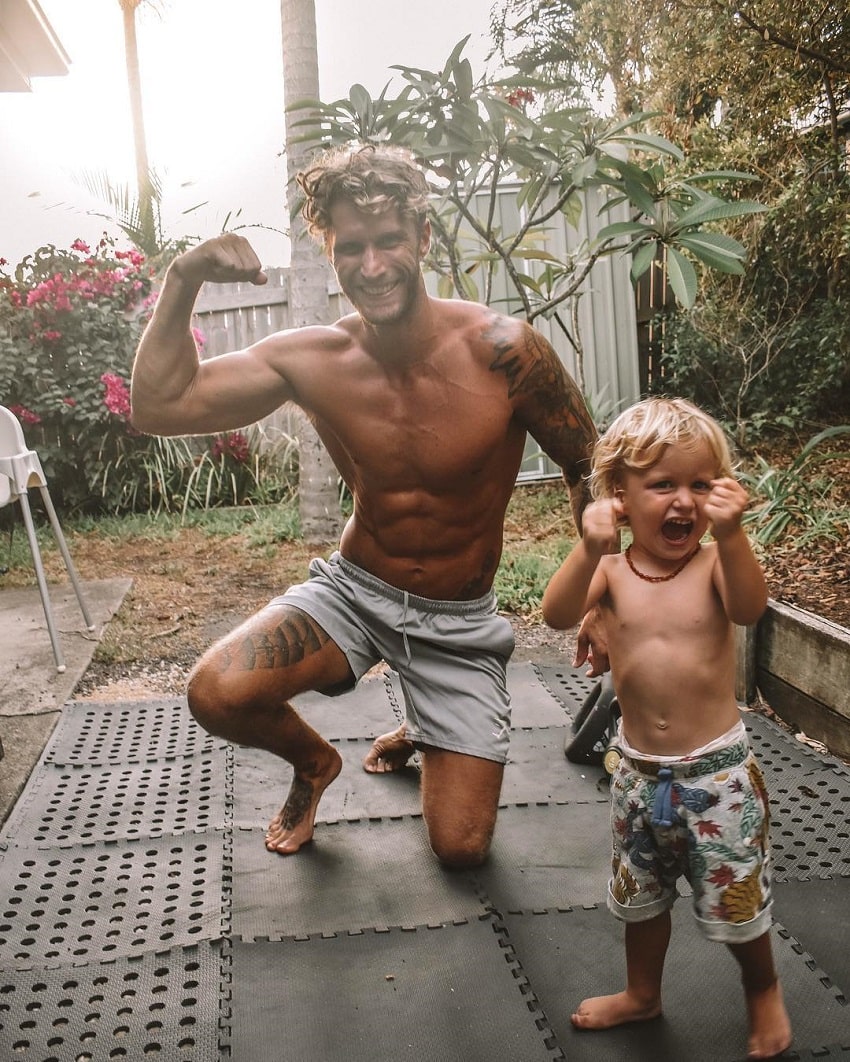 Matt Fox with his son.

Through bodyweight training, Matt has found a new sense of passion. He doesn’t train in the gym anymore, but wherever he wants – be it at home, on the beach, or in the local park.

He’s also built a successful business out of his passion for training, showing others the benefits of staying active.

“I want to help and teach people that there are no limits to creating a healthier life for yourself and those around you through exercise.”

Matt continues to share his message far and wide, inspiring everyone who comes across his story. 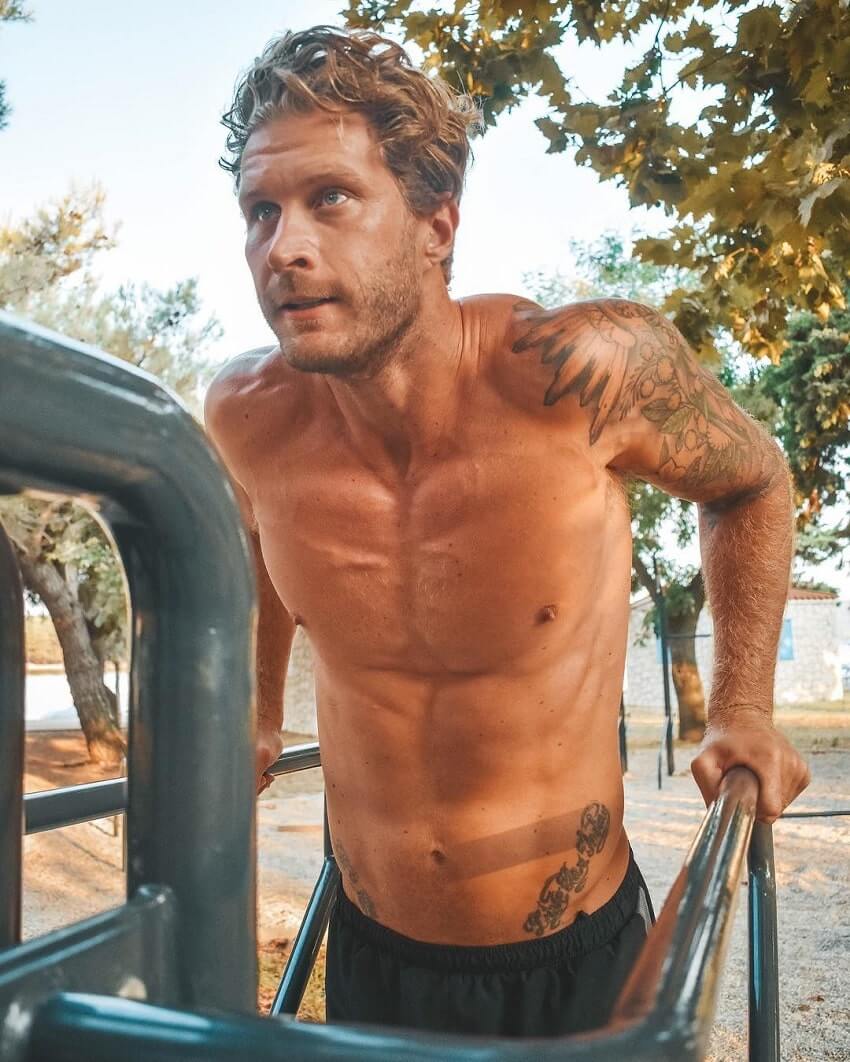 Matt Fox believes that training in the gym isn’t the only way to build muscle. In fact, he doesn’t even go to the gym anymore. He uses his own body to do any exercise he wants.

When he first quit training in the gym, Matt was afraid that he’d lose muscle mass. But the exact opposite happened.

By simulating real-life movement patterns with bodyweight training, Matt induced further muscle growth and took his physique to the next level. He said;

“If you’ve hit a fitness wall, don’t be afraid to try something different- the gym and weight lifting isn’t the only route, sure it’s a great route and I’m not denying it gets results for people, but there are other options out there, like bodyweight training.” – Matt Fox

Over the years of training, Matt’s body has always responded better to short and intense training sessions than long ones.

That’s why he’ll choose HIIT over steady-state cardio any day.

In Matt’s own words; “For me, I get better results in a shorter amount of time with sprints. If you can get better results in 15 minutes than you can with 45 mins why wouldn’t you? My body completely changes when I add in sprint work 3-4 times a week. I don’t need to chafe to extreme diets or even extra cardio, I actually decrease it!” 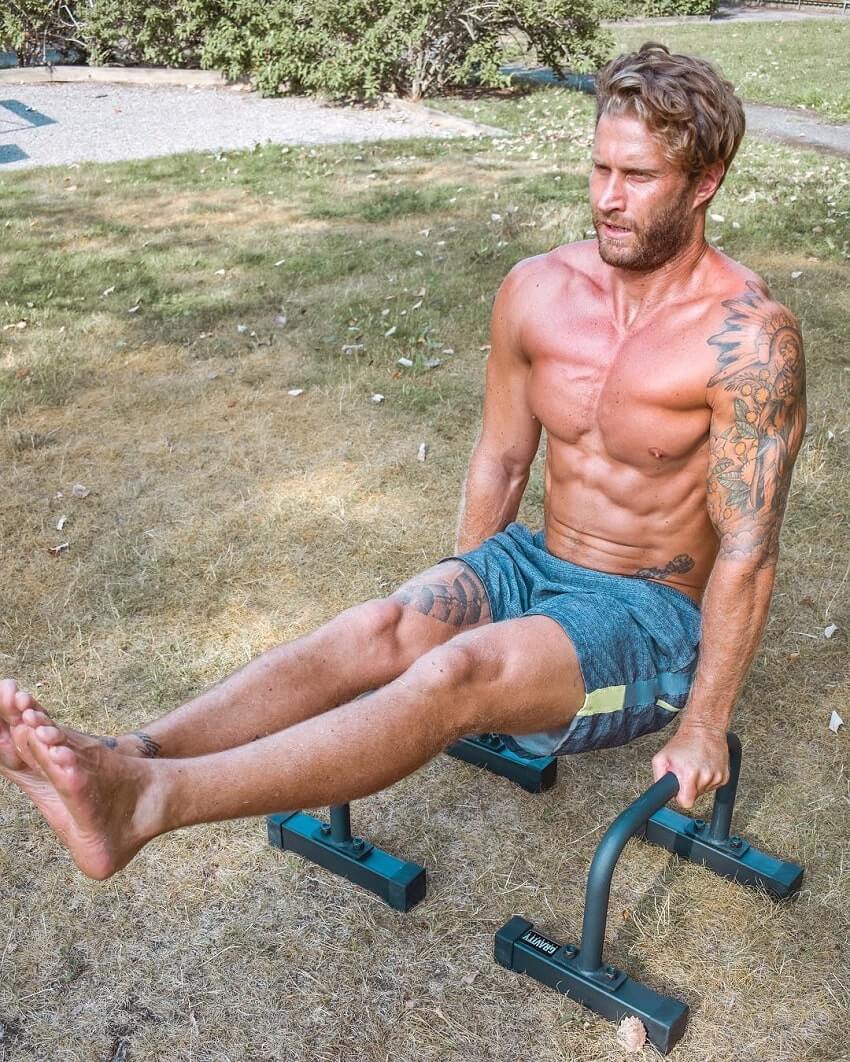 From Meat to Plants

Matt was a meat eater for most of his life.

But around the summer of 2018, he tried a plant-based diet for the first time and was amazed by the results. He’s been 100% vegan ever since.

Although Matt doesn’t criticize any diet, he found that meat made him feel “heavy and bloated”. After he switched over to a plant-based diet, these problems were gone.

“I love being able to eat these meat alternative meals, that give me everything I need without the heavy, bloated feeling I would usually get. “

He also enjoys eating vegan burgers which are made of various sources of plant protein, including peas, soy, and red kidney beans. Another one of Matt’s favorite vegan ‘cheat meals’ is a vegan pizza. He said;

“I was actually amazed at how good the vegan pizza tasted. Took 10 mins to make and got a great hit of protein with 300 fewer calories overall. I’m doing this to show you both options, not to try and force one or the other on you. I’m learning as I go in regards to vegan options so I’m sharing that with you all.” – Matt Fox 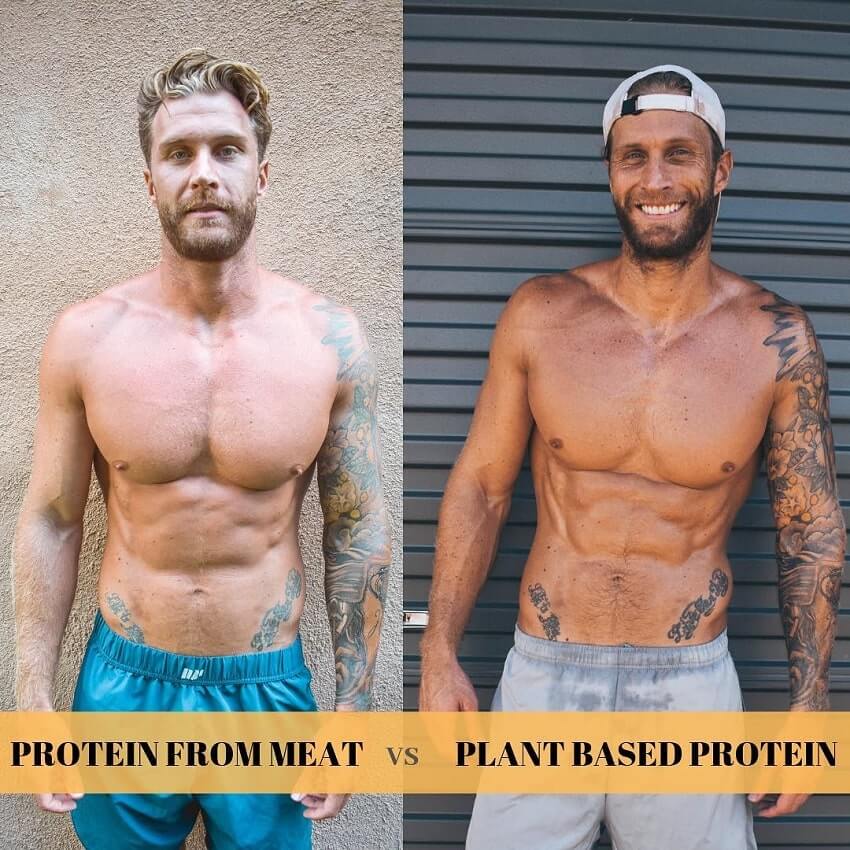 With his incredible story of overcoming cancer, Matt Fox is an inspiration for an ever-growing number of people.

He’s shown everyone that with the right mindset, even the greatest of challenges can be turned into a story of success. 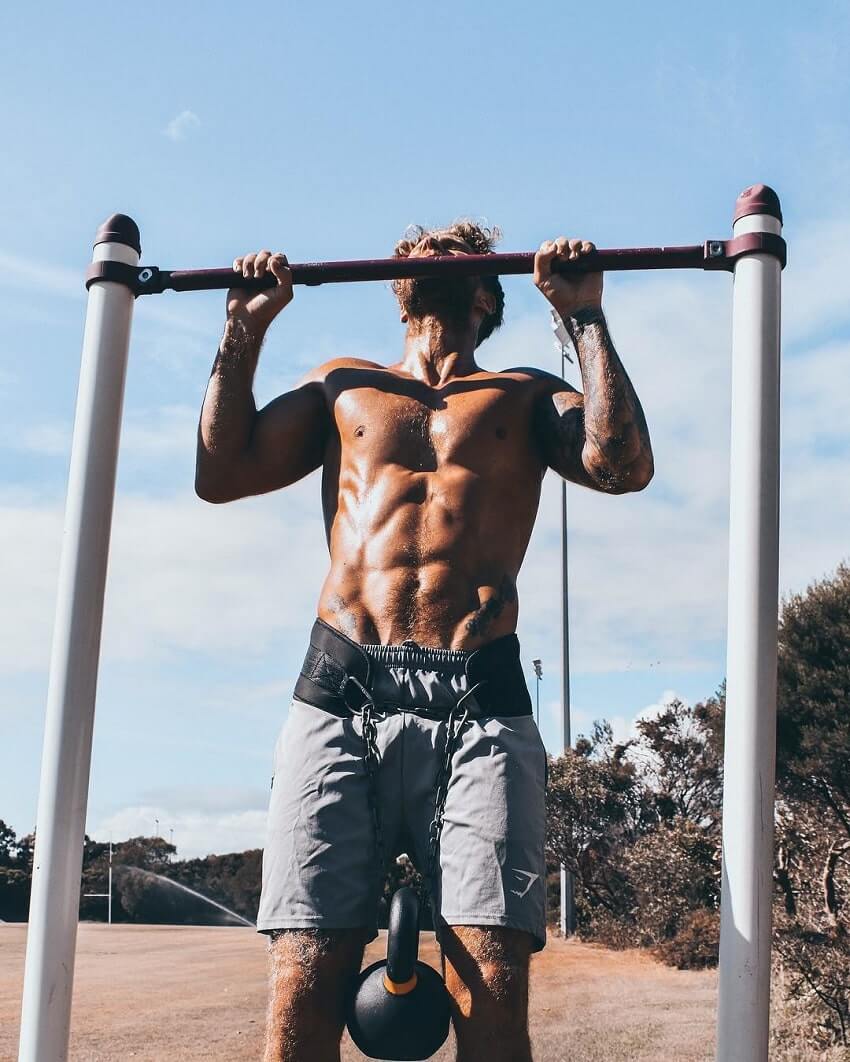 What we can learn from Matt Fox

Fighting cancer at the age of 22 was one of the toughest, if not the toughest challenge Matt Fox had to face. But it forged him into a person he’s today.

Not only was Matt able to overcome the terrible illness. He also turned his passion for health & fitness into a full-time business.

His story leaves us one simple lesson, and that is:

“Every challenge can be turned into an opportunity to better yourself as a person.”

Great person, recently i start to follow him and his training, great inspiration! Keep strong!