Martin Silva is one of the most promising talents coming out of Britain in the modern era. He’s sculpted one of the greatest physiques in the world.

Known for his amazing 8-pack and aesthetics, he was inspired to imitate Arnold Schwarzenegger’s figure in his teenage years. By 2016, Martin had gained a mass of fans on social media, being admired for his aesthetics.

However, he originally only planned to become a fitness instructor at the age of 20. 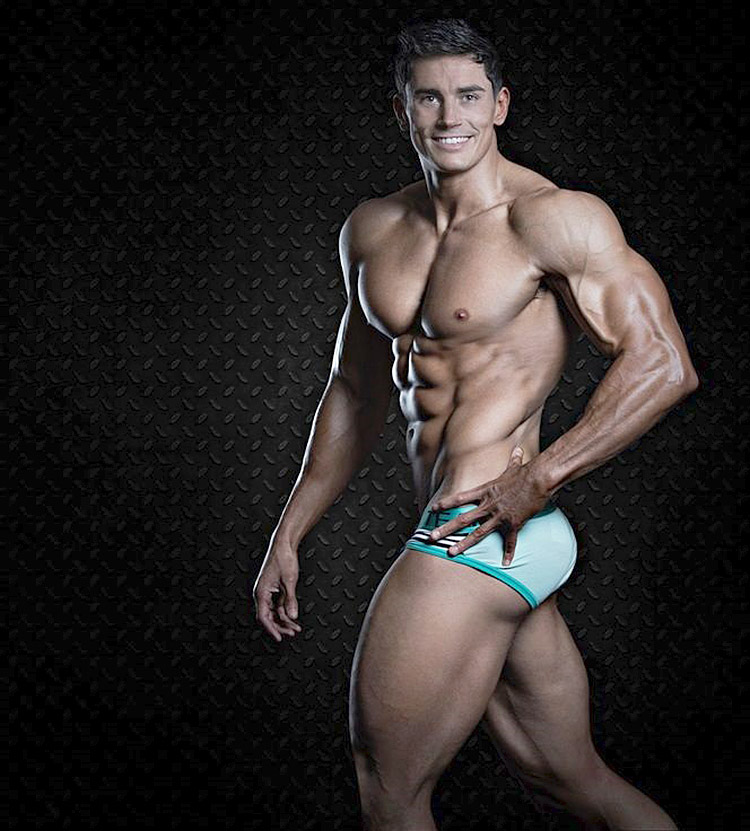 “Since the day I qualified as a Personal Trainer, life hasn’t stood still” 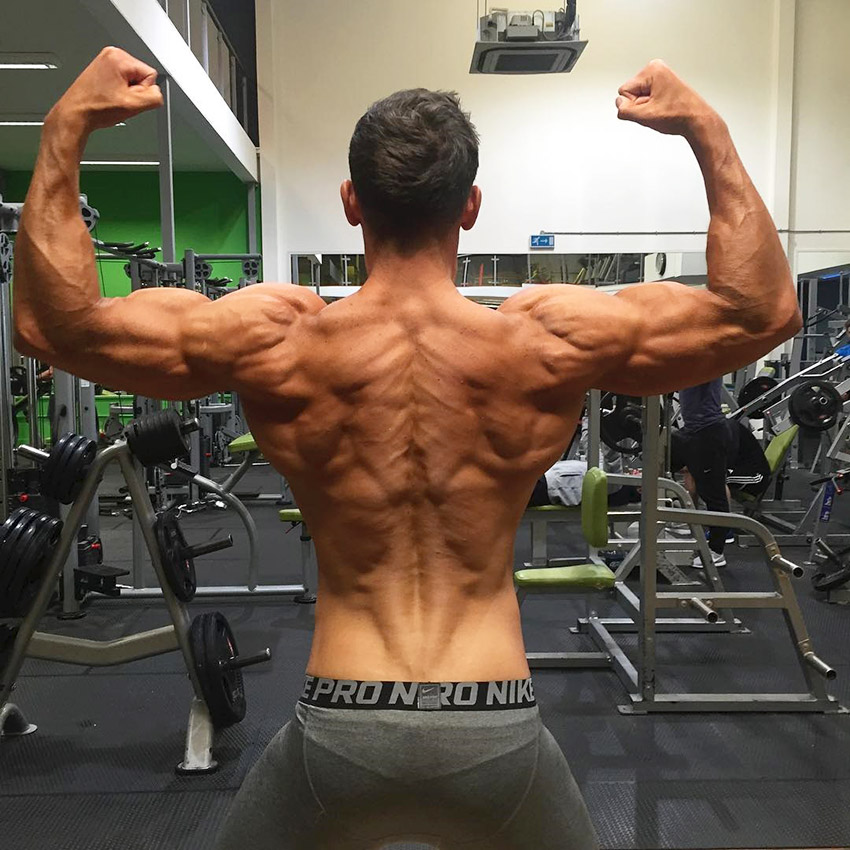 “I love getting shredded and battling with other athletes on stage, and knowing that one day I’ll win” 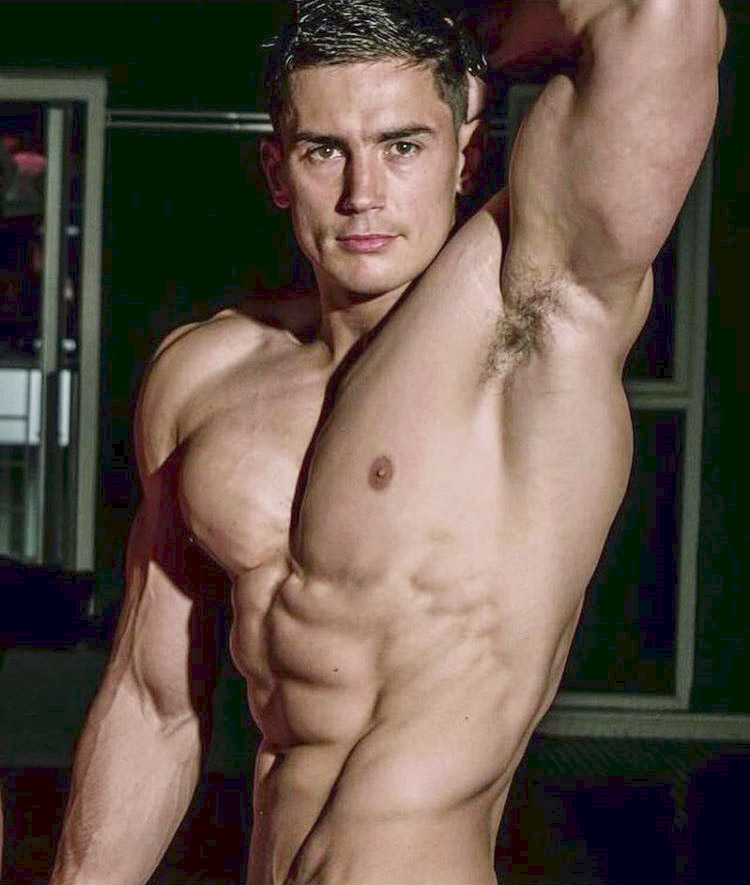 “I started lifting weights at the age of 15 and by the age of 20 I decided to do a level 2 fitness instructor course simply because I loved training. Then level 3, I’ve never looked back”

Early Years and Start of Journey

Through intense training and determination, it wasn’t long until Martin started transforming his body. Proud of his progress, he fell in love with fitness and began pursuing a career in the industry.

After graduating from high school in 2008, at 20-years-old, Martin qualified as a fitness instructor. Not long after, he started helping clients sculpt their dream figures while improving his own.

By gaining more knowledge in nutrition and weight lifting, the Welshman developed his body faster than before. After following bodybuilders on social media, he began considering stepping on stage.

10 years after embarking on his journey, at the age of 25, Martin had sculpted an incredible physique – he was ready to compete.

His first show was the 2013 UKBFF Welsh Championships in the Men’s Physique category. Although Martin didn’t win, he’d placed a close second.

At this point, he was more determined than ever to take home the trophy.

With his focus set on achieving gold, Martin entered the UKBFF British Finals a month later. However, all of his hard work paid off this time.

Impressively, Martin walked away with the trophy in his second appearance as a bodybuilder. But he was only just getting started. 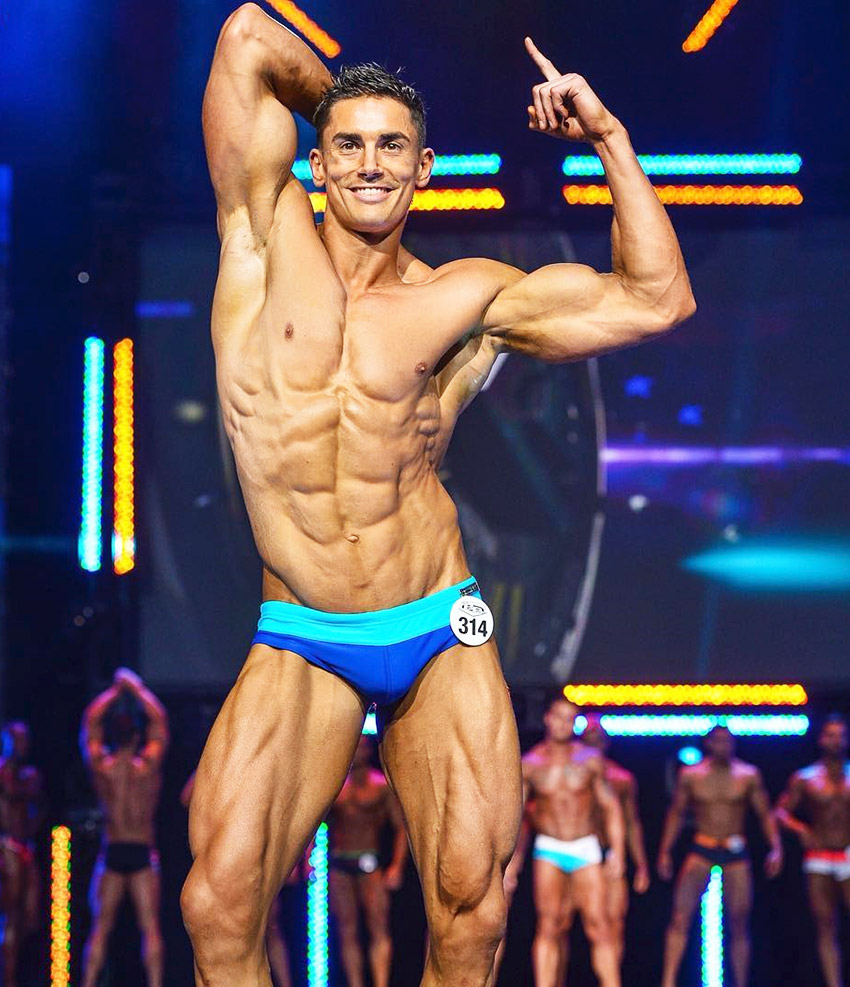 Although he’d stepped into the limelight as a competitive athlete, Martin couldn’t leave his job as a personal trainer behind. He was forced to deal with the busy lifestyle of managing clients while preparing for shows.

This took its toll on the youngster, and he placed 4th in his next contest – the 2014 UKBFF Bodypower Classic. But his experience led him to make a big decision.

By the end of 2014, at the age of 26, Martin switched categories to become a fitness model. This proved to be a great move.

By 2016, at 28 years old, known for his unbelievable 8-pack, Martin had sculpted one of the most aesthetic physiques in the modern era. His hard work hadn’t gone unnoticed either.

He gained a mass of followers on his social media profiles, with fans around the world admiring his incredible figure. Martin had become a social media star. 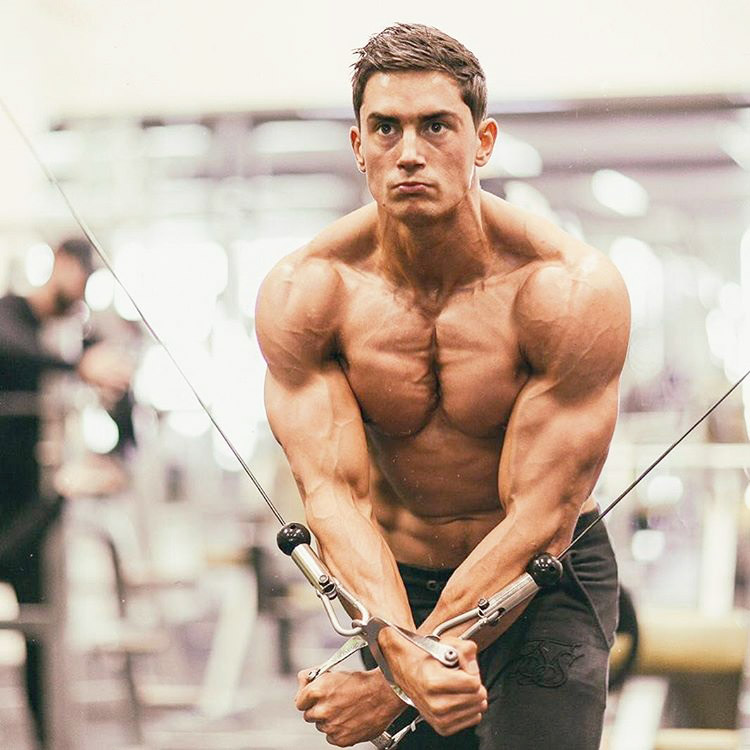 “Strangely legs are my favourite muscle group to train, it’s the most painful but the most satisfying”

He trains twice on most days – cardio on an empty stomach in the morning, and lifting weights in the evening – he believes that his body responds the best to this routine. 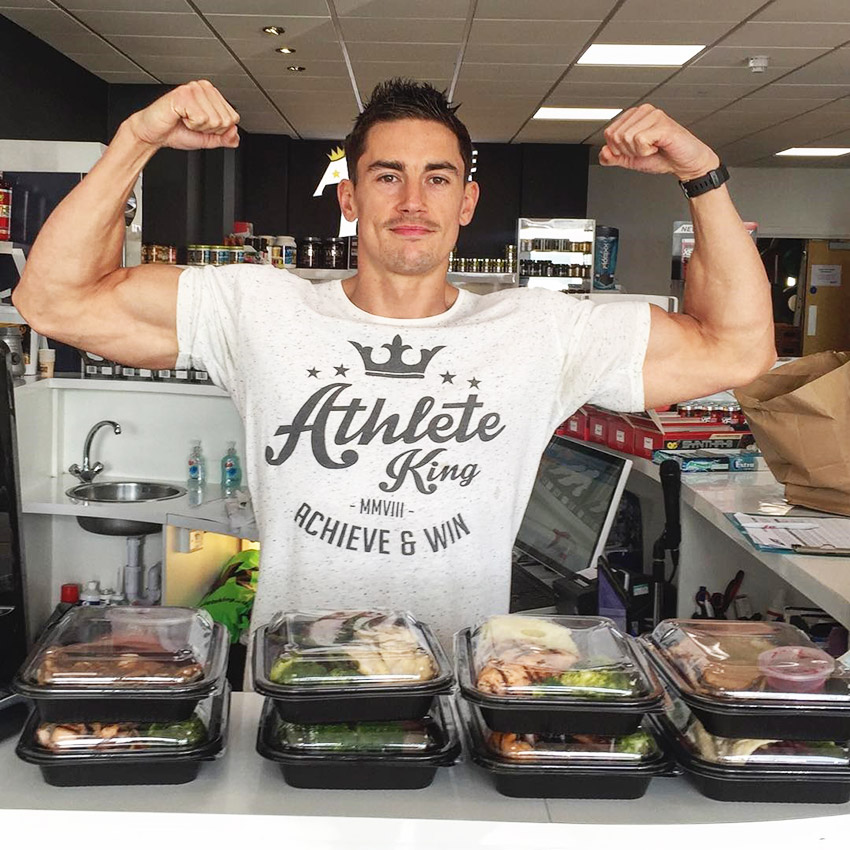 “The key to maintaining low body fat and good aesthetics is primarily nutrition. Abs are made in the kitchen.”

He plans his diet around lean proteins (mainly chicken breast), green vegetables and healthy fats. He tries to limit carbs as much as possible.

Like many other athletes, Martin has two different Diet Plans – one for competition season when he tries to stay cut, and one for off season when he bulks up.

Diet Plan during Off Season: 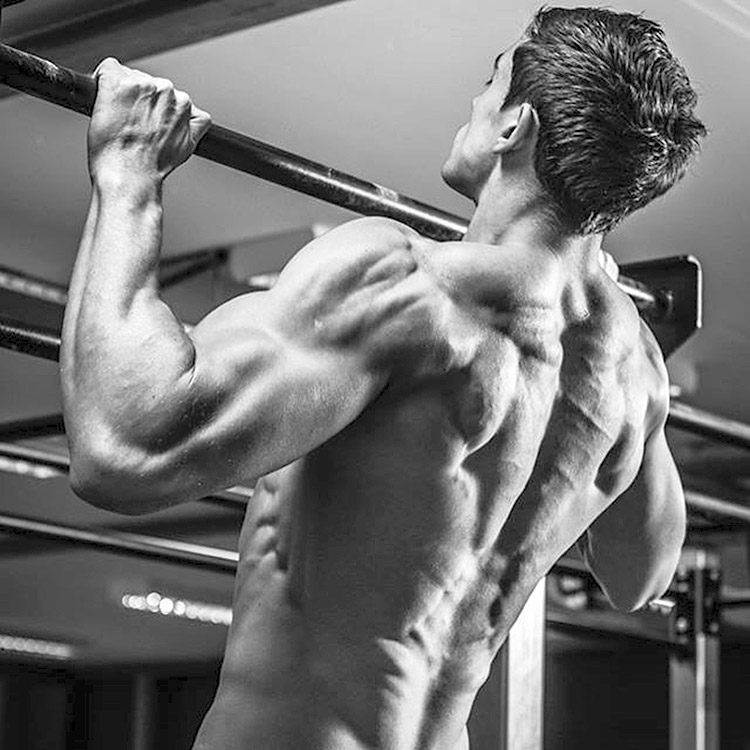 “Underneath all of this, I’m actually a normal person who enjoys food and life in general just like you guys! Anyone can make it!”

There’s only one name when asked who’s inspired Martin the most: Arnold Schwarzenegger.

The Austrian Oak’s legacy motivated Martin to begin chasing his dream – to become a champion bodybuilder and fitness model. 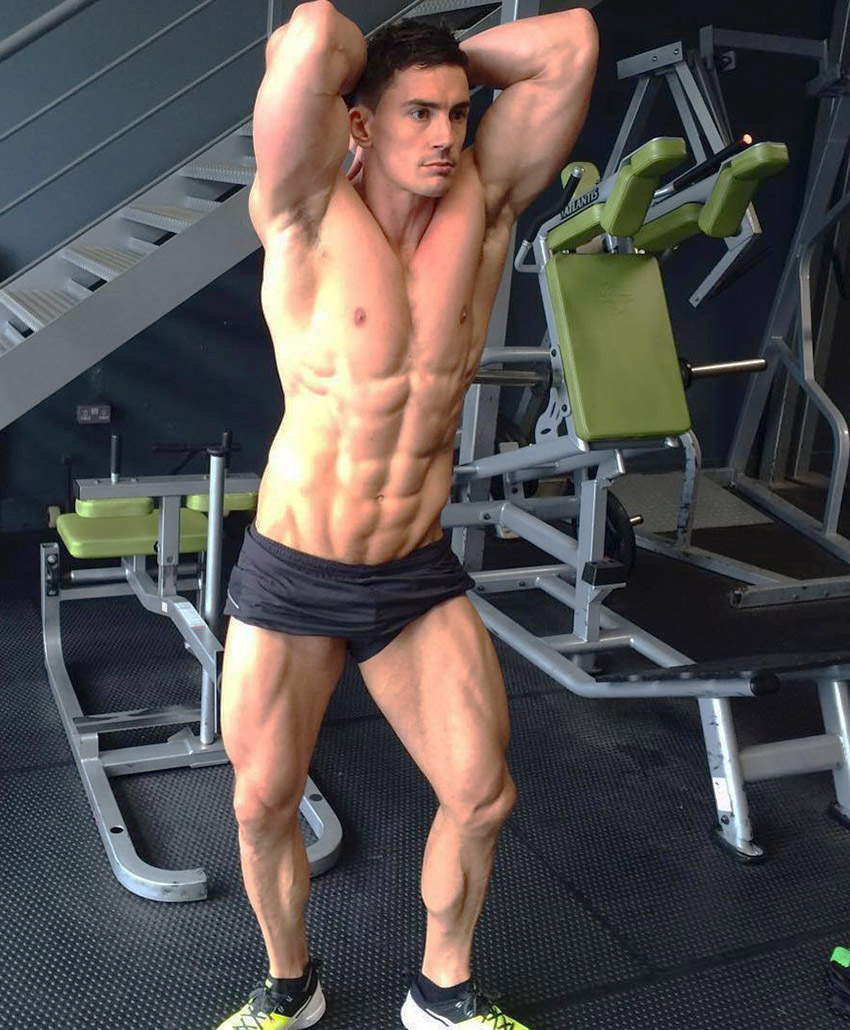 What we can learn from Martin Silva

Martin has taught us that realizing our dreams is possible through intense training and dedication. He set his sights on a career in fitness, and worked hard to become a personal trainer and fitness model.

One thing we can take away from Martin’s story is that researching can be vital to your success. He learned a lot about nutrition after qualifying as a fitness instructor, and he made progress at a faster rate as a result.

This gentleman has very good genetics.