Growing up in a poor area of Egypt, Mamdouh was trained as a fisherman. He spent many years working in Kuwaiti waters for a living – deciding to attend the ‘Oxygen Gym’ in Kuwait on a whim. He took to bodybuilding immediately and, as it happened, he also had the perfect genetics for the sport.

As he began to attend the gym more and improve his physique, his friends encouraged him to compete in competitions. He accepted their challenge, competing in the 2012 Amateur Olympia in Kuwait City and winning easily. This title gave him his Pro Card, and from then on, there was no stopping him.

In 2014, Elssbiay made his IFBB Pro debut at the New York Pro and won. Following this, he won several major competitions and came 4th at Mr Olympia. He’s also made a name for himself in the competition circuit, as well as on social media . Mamdouh is a name to look out for at future Mr Olympia weekends. 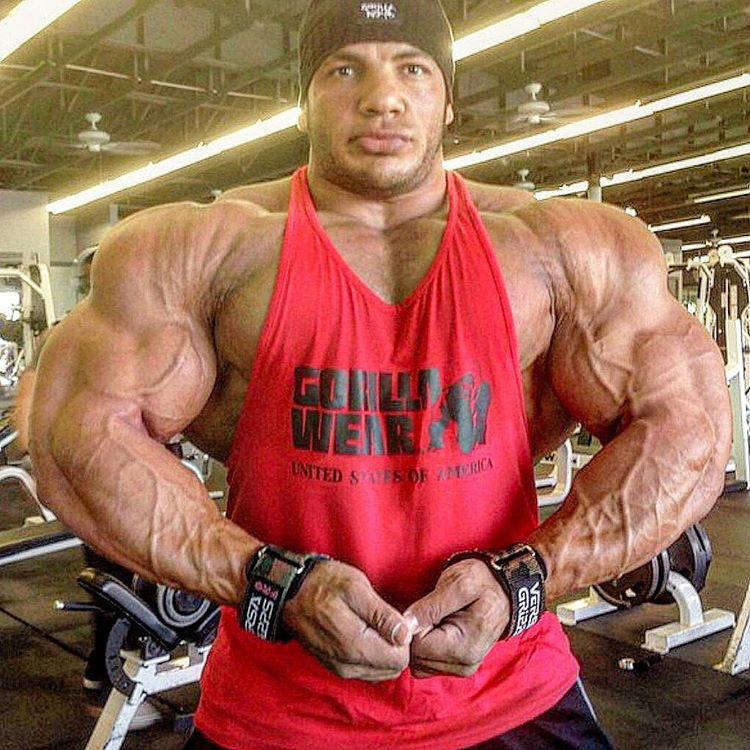 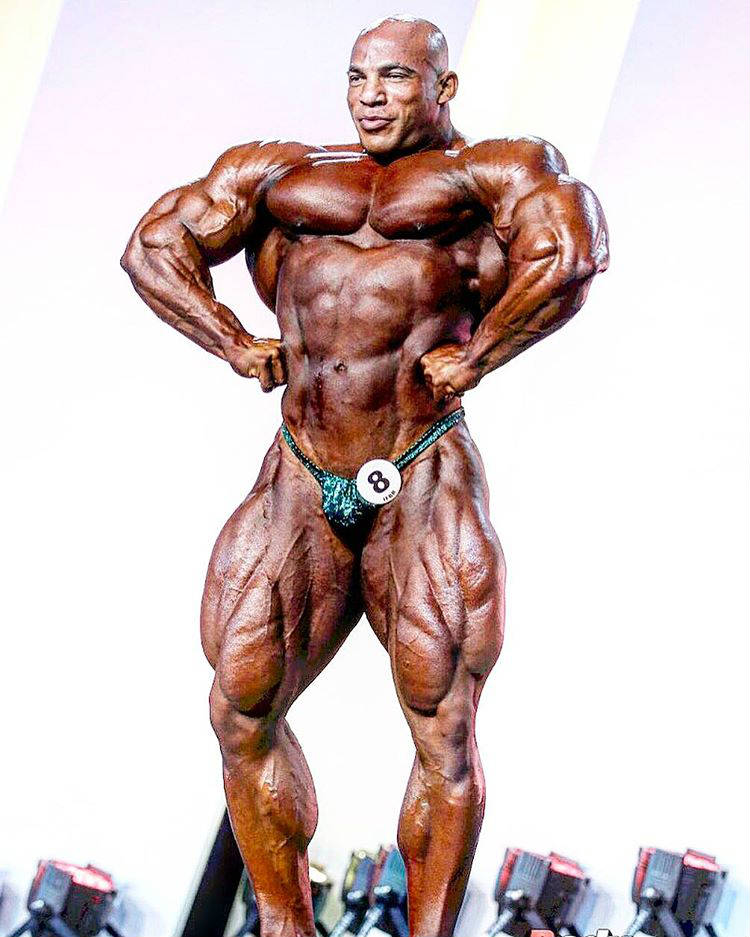 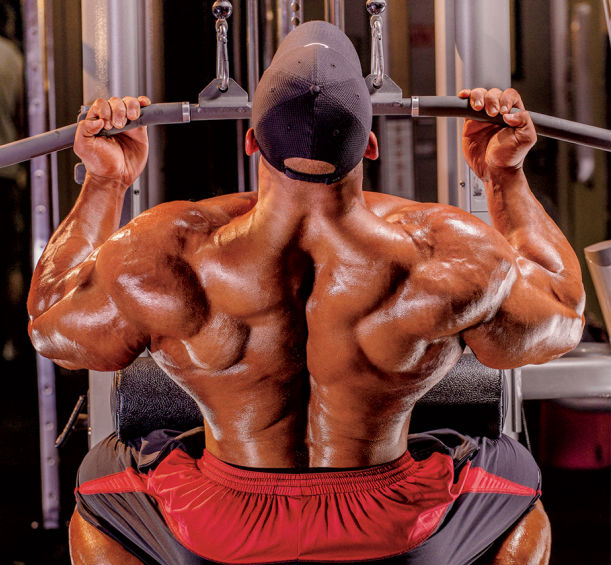 Pushing His Back Hard

Mamdouh likes to alternate between free-weights and machines. He completes 4–5 sets of each back exercise for 8–15 reps, then ‘pyramids’ up in weight for each set – decreasing his repetitions as he sees fit.

He also places a lot of importance on resting between sets. As he pushes extremely hard, he’s usually out of breath after each set, so he waits until his breathing and heart rate is back to normal before starting again.

One of his favorite exercises is the reverse grip lat pulldown. When he completes this movement, he likes to stretch his lats at the top, and contract his back muscles at the bottom. He also chooses a weight which he can control, so he can actually feel the muscles working – rather that going too heavy.

Mamdouh chooses to complete the seated cable row at different angles. He does this by putting a box, or some 45 pound plates on the seat so he can pull the cables in at different heights. He also briefly pauses when the cables are near his stomach, so he can feel the full force of the movement.

For the barbell row, Mamdouh positions his body between 45 and 60 degrees, and uses an overhand and underhand grip. He uses a relatively light weight (for him) at 40 kilos, and sees that doing so allows him to feel every rep – creating a mind-muscle connection. 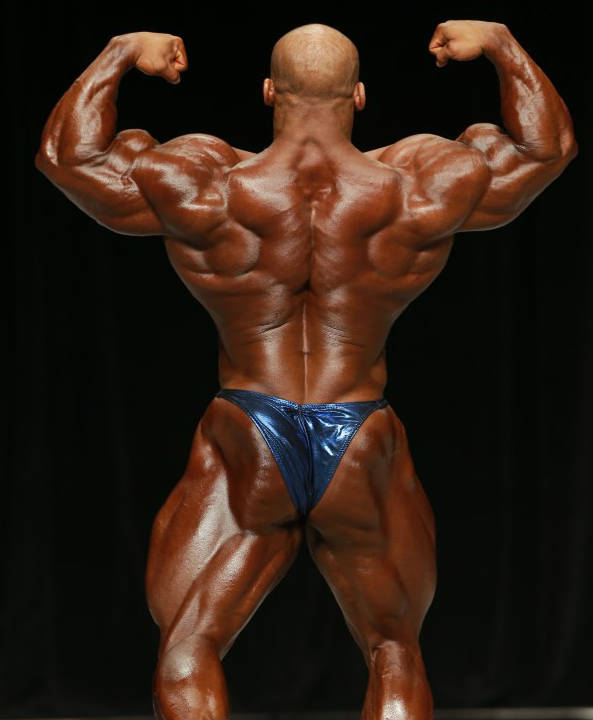 As well as working his back to its limits, Mamdouh also aims to work his arms ‘very hard‘ to maintain their size and definition. He completes 12 sets for his triceps and biceps, using heavy weights to make the most of each set.

Mamdouh also focuses closely on his form in each set. He likes to make sure each rep is completed correctly, breaking down the muscle, while avoiding injuries causes through bad form. His arm routine is below:

Mamdouh spent a lot of time building his quadriceps to a professional standard. While he admits that his legs are his weak point, he’s developed a routine which has increased their overall proportion massively.

His genetic potential also comes into play here. He completes standard leg exercises, but his results have been extraordinary.

He always begins his leg workouts with leg extensions. He completes two sets of 5o reps, and sees this as a warm-up to make sure his knee joints are as warm as possible. The leg extension is the only isolation exercise of this workout.

Before he competed at the 2015 Mr Olympia, Mamdouh was squatting 224 kilos 6 weeks out. He angles his feet slightly outward for his squat – creating a steady base which he can drop deeply into.

Through these heavy squats, Mamdouh has managed to build his vastus lateralis to a professional standard. His advice to other bodybuilders is, “you need to maintain form, stay upright, be safe and work consistently at getting stronger.”

Mamdouh’s leg presses are completed on a 45 degree machine to hit his glutes hard. He places his feet on the footplate, which allows him to go as deep as possible. He focuses on lifting 100 pounds for as many reps as possible before failure.

“This one hurts, but you have to just keep going. Fight through the pain!”

As with a free-weight squat, ‘Big Ramy’ uses the machine squat as an exercise to isolate his quads, and minimize glute and hip stimulation. He also chooses to take a narrower stance than on the free weight squats; he pushes his back into the pad of the machine and lets the machine hit his legs. 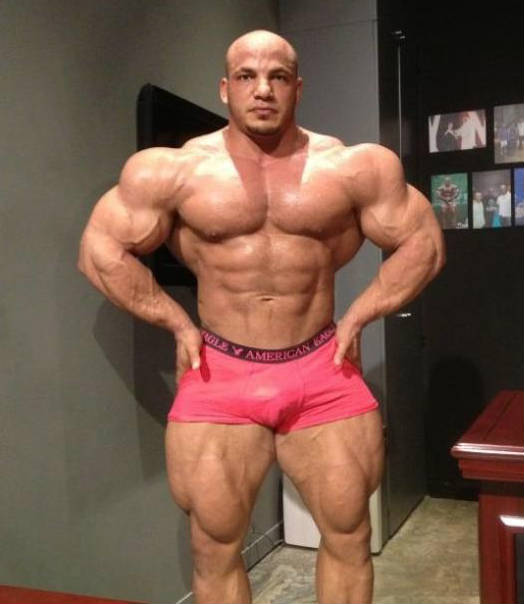 After Ramy’s excellent performance at Mr Olympia, he decided that he would no longer be using steroids for the good of his health and the sport. He said “I am OFF and I mean it”. It was also a recommendation from doctors, as he was putting a lot of strain on his joints and organs.

Big Ramy eats a very healthy diet, and consumes a massive amount of calories per day to ensure that he doesn’t lose any of his hard earned muscle gains. He tries to 3858 calories per day, sourcing them all from quality lean meats, carbohydrates and fats. A detailed meal plan is below: 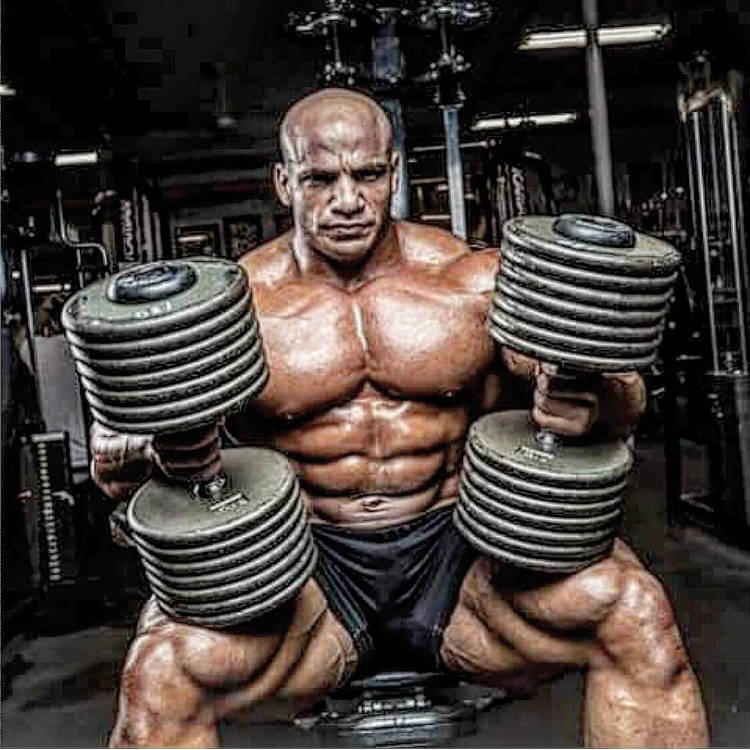 What we can learn from Mamdouh Elssbiay

Mamdouh’s story of finding bodybuilding while working as a fisherman, is a lesson to us all. He began to workout out at The Oxygen gym in Kuwait, and immediately became obsessed with the sport. He is an example of excellent genetics, combining with hard work and effort under the weights.

You may have to combine your job with your gym sessions too. If that is the case, Mamdouh offers us a great example of what can be achieved if you really want to change your physique.

i like you
anshalallh i well be mr olampa in 2035

where is muscle dencity, i can see only big muscle, one gruope muscle, but others muscels he hasnt

Probably the best physique in the entire world. U are going to be MR “O” here in 2018 for sure may ALLAH (SWT) help you in that . AMEEN ?