Louis Jude Ferrigno (AKA. Lou, The Hulk) is one of bodybuilding’s most recognizable figures. He gained his nickname after becoming the first person to be cast as The Incredible Hulk.

With numerous competitions and trophies under his belt, Lou sculpted an outstanding physique. His success as an athlete and actor has propelled him as a fitness icon in mainstream media.

However, he had a difficult start to life –  Lou lost most of his hearing as an infant and was bullied in both his school and home. 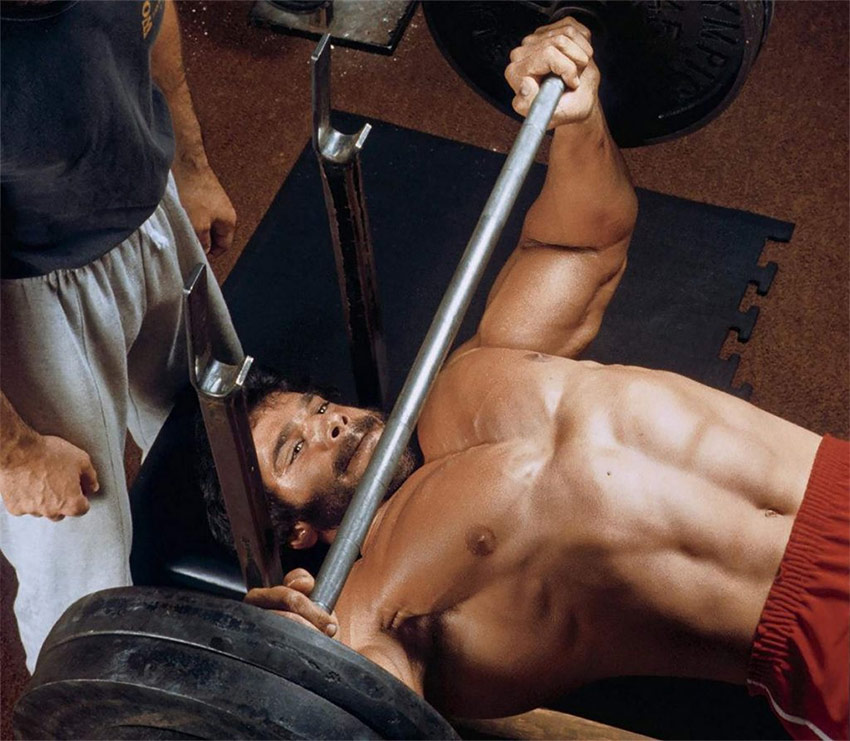 “To be a champion, you must act like one.” 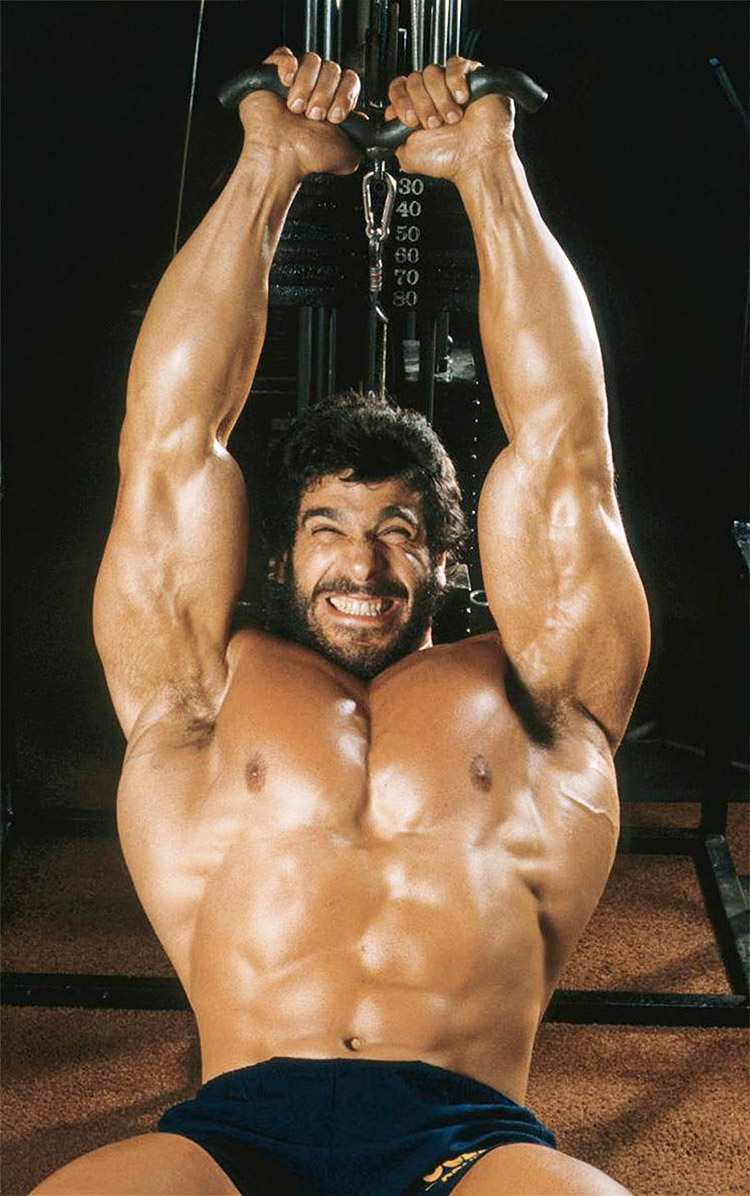 “I never think about losing.” 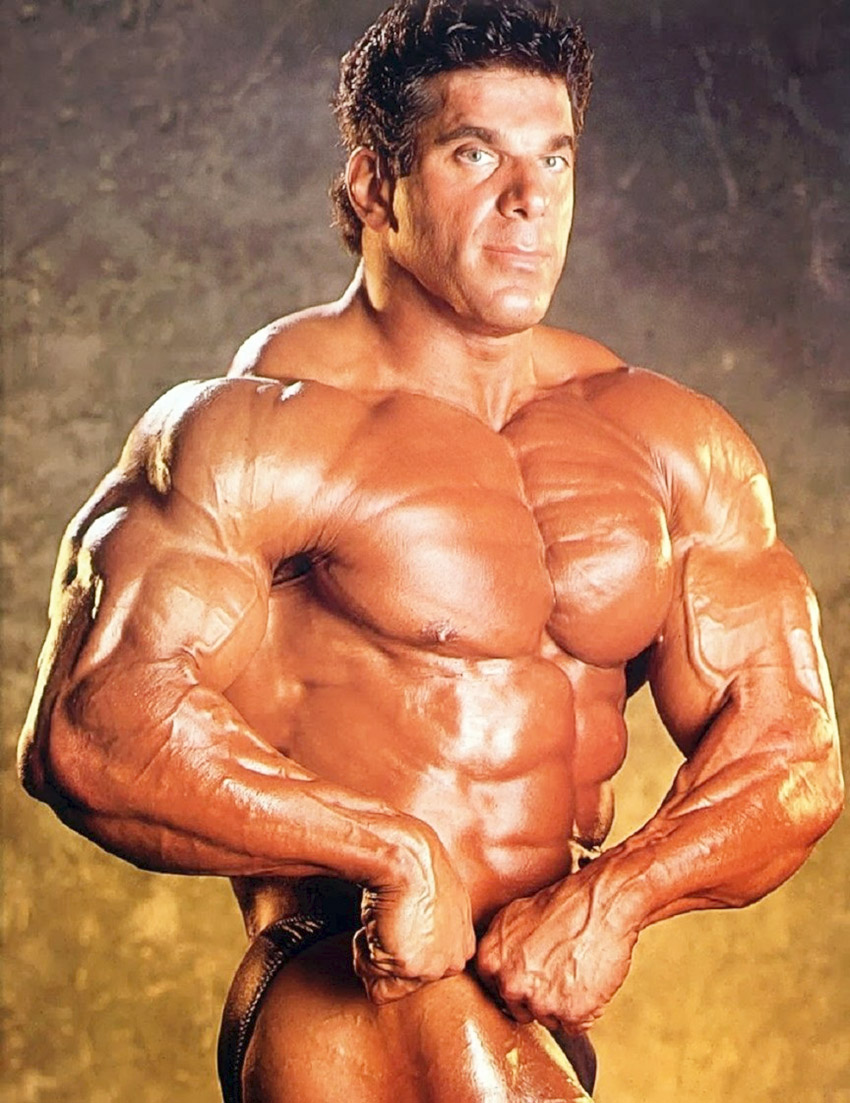 Bodybuilding saved my life because I overcame the nerd stage. I got picked on.”

Born and raised in Brooklyn, New York, Lou had a difficult childhood. He lost 80% of his hearing after suffering from an ear infection as a young child.

This led to him being bullied by his schoolmates, being called “Deaf Louie” and “Deaf Mute”. However, he didn’t let this affect him and took part in school sports.

At the age of 13, in 1964, Lou set his sights on building a body like his comic-book hero, The Incredible Hulk. The future icon began weight training, embarking on his fitness journey.

Over the next 8 years, Lou trained rigorously to attain his dream physique. After graduating from high school in 1969, at 18-years-old, he was determined to prove his doubters wrong.

It wasn’t long before he’d fallen in love with the gym and began pursuing a career as a bodybuilder.

In 1971, at the age of 20, Lou entered his first competition – the WBBG Pro Mr. America in the Teen division. He’d sculpted an impressive figure through his years of hard work and managed to walk away with the trophy. 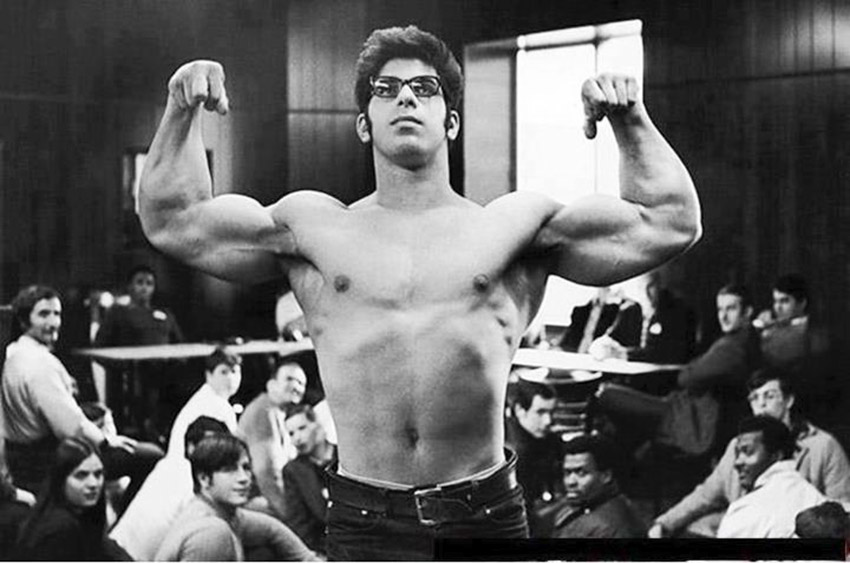 That same year, Lou placed 4th in the 1971 AAU Teen Mr. America as well as being awarded the Most Muscular title. A year later, he came a close second in two shows – 1972 WBBG Pro Mr. America and NABBA Mr. Universe.

However, his biggest achievement yet came in 1973.

At the age of 22, he won the reputable IFBB Mr. America and Mr. Universe contests, taking home the overall titles in the process. At this point, Lou had become recognized and labeled as one of the most promising talents in the world.

In 1974, Lou added two more victories to his list after placing first in the IFBB Mr. International and Mr. Universe shows. It was around this time when he began training with other stars in the industry such as Arnold Schwarzenegger.

That same year, Lou entered the prestigious Mr. Olympia. Although he didn’t win, he beat the likes of Serge Nubret, only losing out to the Austrian Oak (Arnold).

At this point, Lou was more determined than ever to reach the top of his game.

In 1975, Lou had his first taste of stardom. He was involved in the film “Pumping Iron” which documented the build up to the Mr. Olympia competition that year.

Although he brought the biggest frame to the show, he was placed 3rd behind Serge Nubret and Arnold Schwarzenegger. However, his appearance in the bodybuilding documentary had kickstarted his acting career. 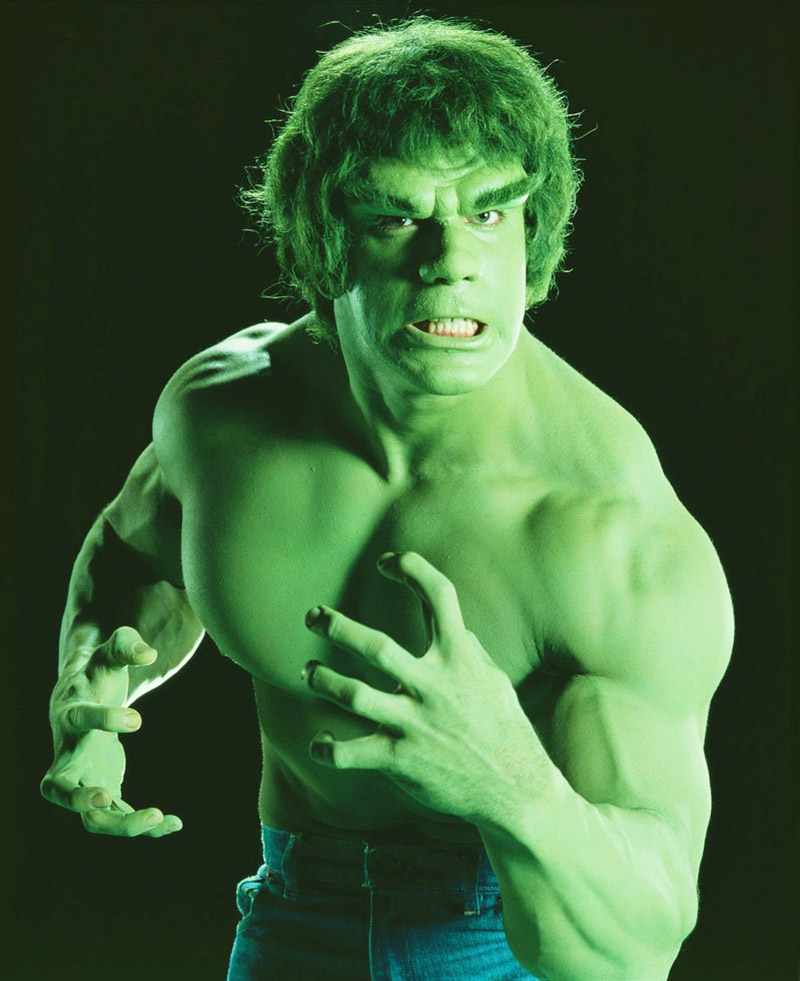 Lou Ferrigno as The Incredible Hulk in 1977.

At the age of 24, as the largest bodybuilder at the time, Lou was approached to become The Incredible Hulk. In 1977, he began co-starring alongside Bill Baxby in the hit TV Show.

Lou placed his bodybuilding career on the sidelines for the next 15 years while featuring in numerous movies – most notably as The Hulk, Hercules and Sinbad.

Alongside Arnold Schwarzenegger, Lou became one of the most successful bodybuilders that began acting. Through his films, he achieved international fame.

Lou enjoyed being a movie star, however, his passion for fitness never left him. He started to miss competing as a bodybuilder.

In 1992, at the age of 41, Lou made his comeback to the stage at the Mr. Olympia competition that year. He placed 12th in the year that Dorian Yates took home the trophy. 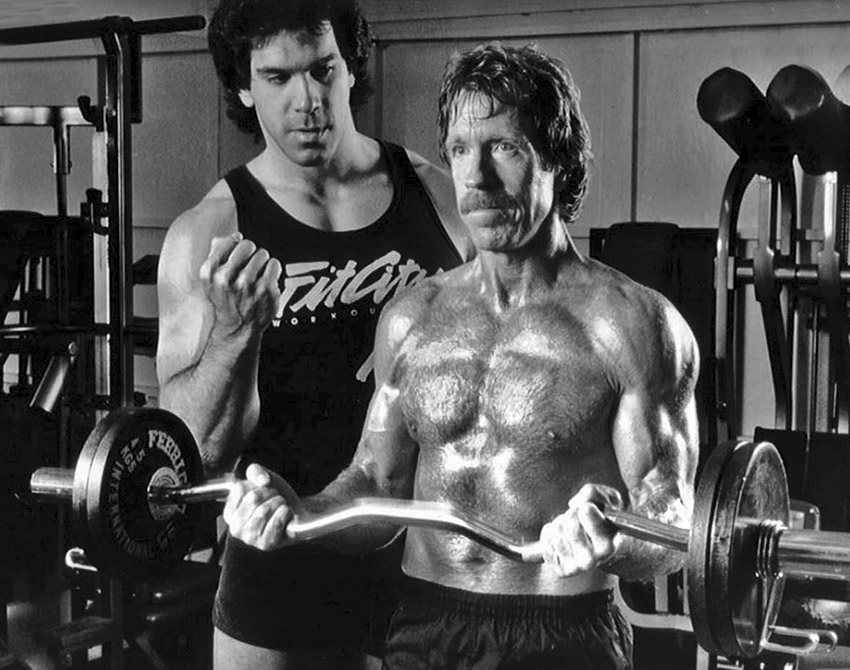 The Hulk entered a further two competitions before retiring – the 1993 Mr. Olympia and 1994 Olympia Masters. Although he didn’t win, he decided to bring down the curtains on an illustrious career as a competitor.

Lou retired as a legend of the sport, being part of the generation that thrust bodybuilding into the limelight.

After experiencing huge success, Lou made the decision to give back to the industry. He began helping others to achieve their dream physiques as a personal trainer.

During this period, he trained celebrities such as Chuck Norris and Michael Jackson. 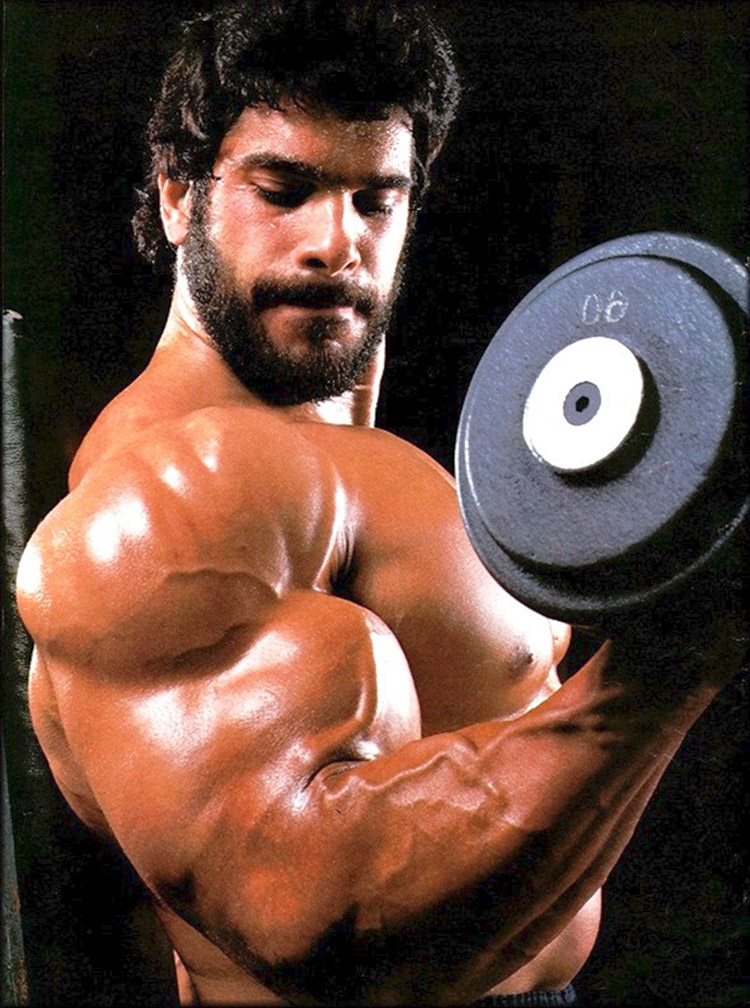 “There is no excuse for anyone not to train three times a week.”

Lou followed a 3-day split routine, training each muscle group twice per week. He performed 6-10 reps in sets of 4-5, as he believed his body responded the best to this.

He worked out in the gym every day except Sundays, where he allowed his body to recover and develop.

Monday – Chest and Back

Thursday – Chest and Back 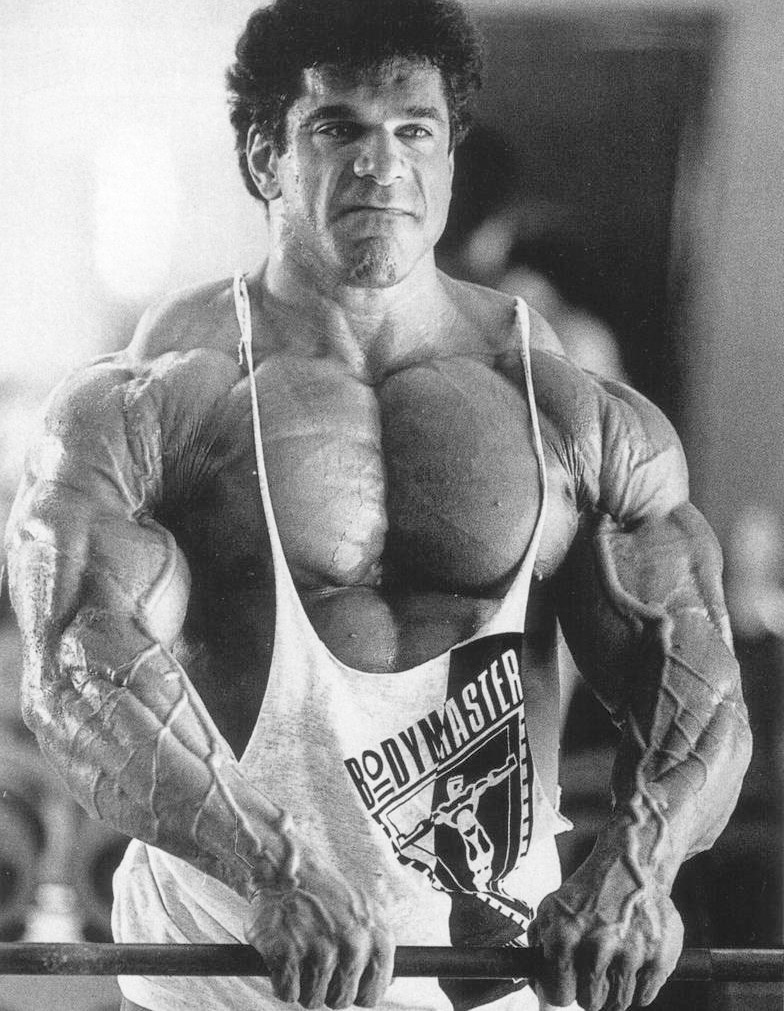 “The attitude is very important. Because, your behavior radiates how you feel.”

While he was competing, Lou followed a low calorie, high carb diet. He consumed 4-5 meals per day, keeping his metabolism high and providing his body with enough fuel to grow.

He ate around 3500 calories daily – his diet plan consisted of meat, fish, eggs, fruit and vegetables. 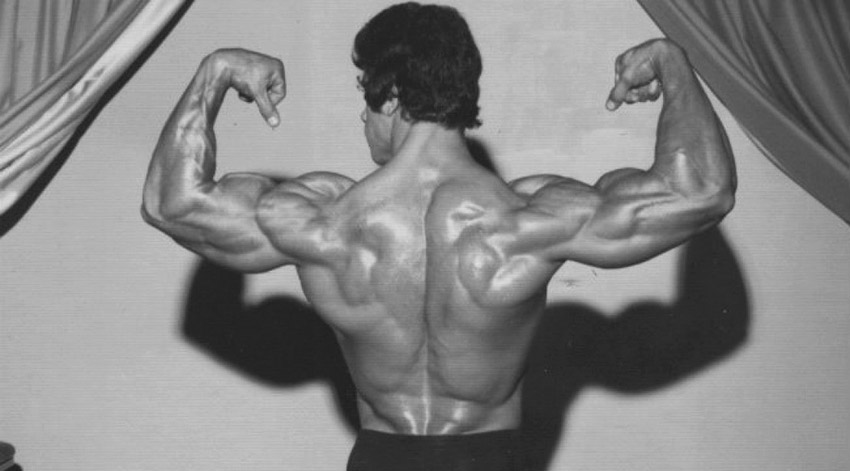 “The best effect I have on the other competitors, is the fact that I have a good time.”

Lou always looked up to comic-book heroes such as The Incredible Hulk and Spiderman as a child.

However, he names Steeve Reeves and Arnold Schwarzenegger as his idols throughout his career as a bodybuilder. 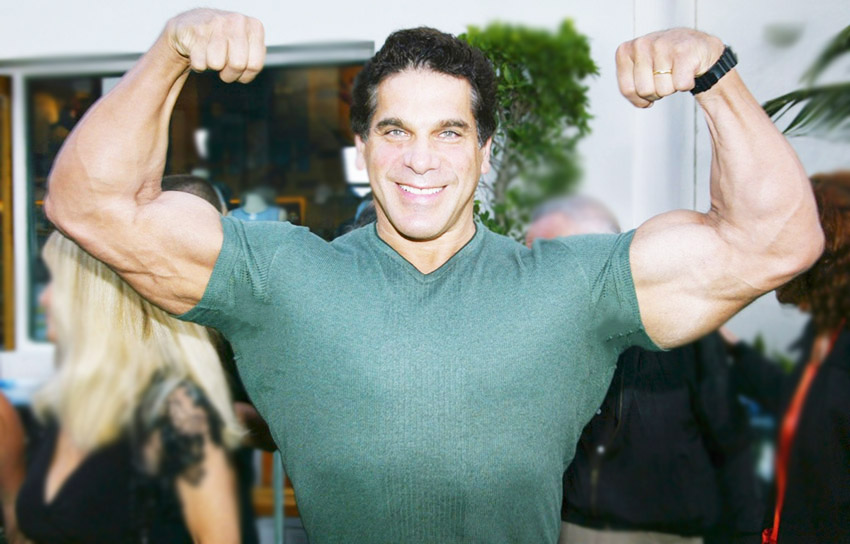 “I have a tremendous passion for fitness. I love challenges and I am a very driven guy.”

What we can learn from Lou Ferrigno

Lou has taught us to never let negativity in your life affect you. He lost most of his hearing as a child and was bullied during school, but he came out stronger, both physically and mentally, to become a legend in his own right.

One thing we can take away from Lou’s story is that hard work and dedication will get you results. He began lifting weights in the gym at 13, and became a champion 7 years later at the age of 20.

[…] Grant was a Welsh bodybuilder from the Golden Era who trained with the likes of Lou Ferrigno and Arnold Schwarzenegger. During his peak years in bodybuilding, Paul won titles such as Mr. […]

[…] By 1991, Paul gained a lot of interest in bodybuilding, as he said “it took over” him. He stopped playing football, and started going to the gym; inspired by legendary bodybuilding figures such as Gary Strydom, Tom Platz, and Lou Ferrigno. […]

Had a disc injury. Stopped training. Lost a lot of muscle and got a belly. And lost my mojo for life. At 48 now. Having seen you on Keith lemon. Could not believe how incredible you looked. I already new how old you were. So I am back in the gym . Knowing I have 20 years to make my body change. Thanks Lou. Your fan mark.

You shoul help the Kardashian’s girls too stay in shape.Now Bruce Jenner is toataly on his or her own.His brain just not right sir he stuck in a mental brake down mine there no help for him .Rember if you born a man an god made u that way stay that way don’t try too change who you were sir.Bruce Jenner is 100% out of his mine An neads too stop his crazy thinking befor he gets his penus chopped off buy surgeons An he already grew boobs An maybe it’s his way of being gay sir.Really kinde of creepy too dew that to a healthy body that was a Olympian normal person .I no the hulk would never change his body like Bruce Jenner who is a very stuped girl or man don’t no yet if he had his penus chopped off yet.

Dear Lou , You are the iron warrior of all times , many thanks for the motivation .
All the best

Dear Lou, were you in the Bahamas in Jan of 1982? I believe I meet you then but I’m not sure, because the name I believe u gave me was Ned Jarus (not sure of the spelling of the last name) and an address 1522 NW 44th St, Washinton DC, 20007. And I do not remember you being 6’5″ and married. If it was not you, I want you to know that this Ned person, not only had your face and body, but did a great impression of the Incredible Hulk (and left me with some memories that I will never forget). If you will respond in some fashion, I would greatly appreciate it. Sincerely, Peggy