Long Wu is an IFBB Professional Bodybuilder, sponsored athlete and fitness model from China. He’s the first ever Chinese IFBB Pro – making a name for himself on social media as a result of his hard work in making the cut.

Long has been making statements since he arrived on the U.S scene in the late 2010’s. He bagged his pro card at the 2015 ‘Olympia Amateur Asia’ in Hong Kong – moving to the US shortly after to pursue a professional career.

He joined a competition team called ‘team zero gravity,’ after winning a pro show in San Diego. Since then, he has won a series of professional shows and has qualified for the Mr Olympia. 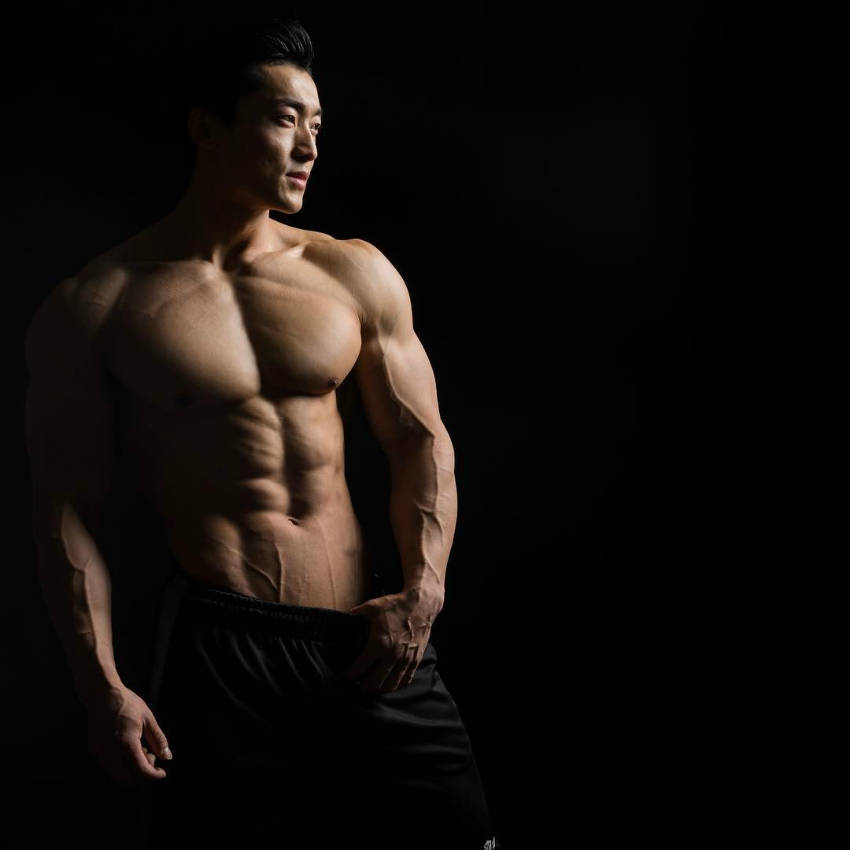 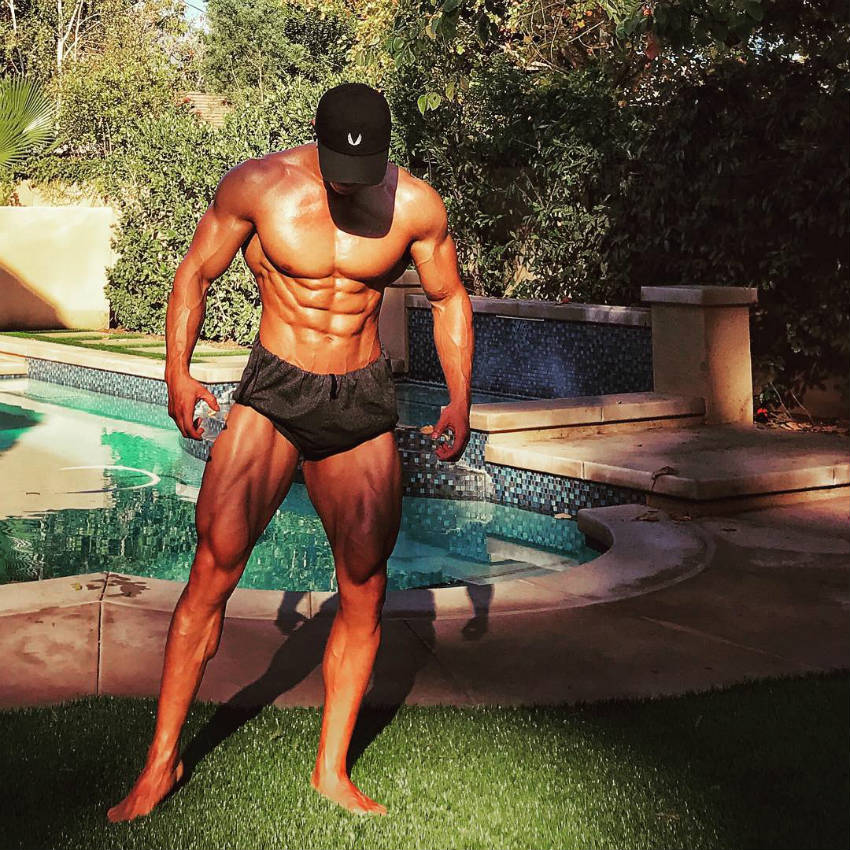 “It is a milestone for Chinese bodybuilding and I can’t wait to see more Chinese athletes stand on the worlds most prestigious stage. “ 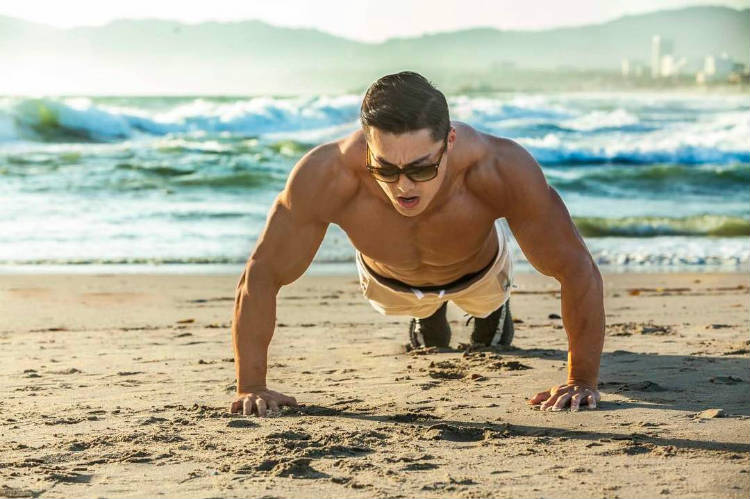 Long loves to workout with intensity, using heavy weights and aiming to build as much lean muscle mass as possible. One of his favorite exercises for the arms, is the dumbbell bicep curl.

He completes this movement with fast and controlled reps, working to failure every set. He usually moves on to the EZ Bar Barbell curl after these sets, which offers him a more stable lift.

When it comes to hitting his triceps, Long enjoys using free weights as well as machines. He completes a tricep pulldown with cables, intending to maximize the time under tension.

He also uses dumbbells and the barbell to complete extensions and tricep kickbacks. 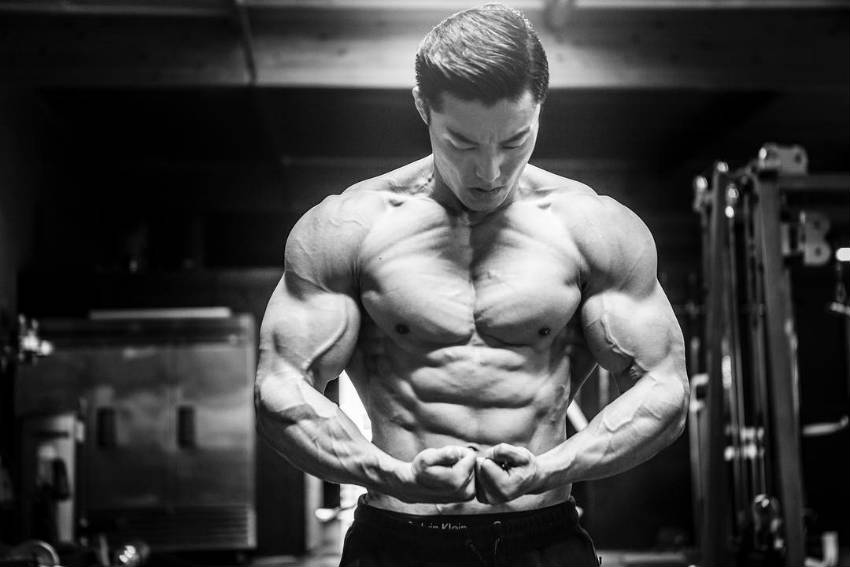 Bodyweight exercises are also very important to Long. He completes push-ups, pull-ups and squats with his bodyweight to improve tone, before transitioning into weighted sets.

Long needs to incorporate a lot of cardio into his workouts to improve his muscle definition. He spends time on the elliptical machine, spin bike and the treadmill during cutting periods, to ensure that he can burn off any excess fat. 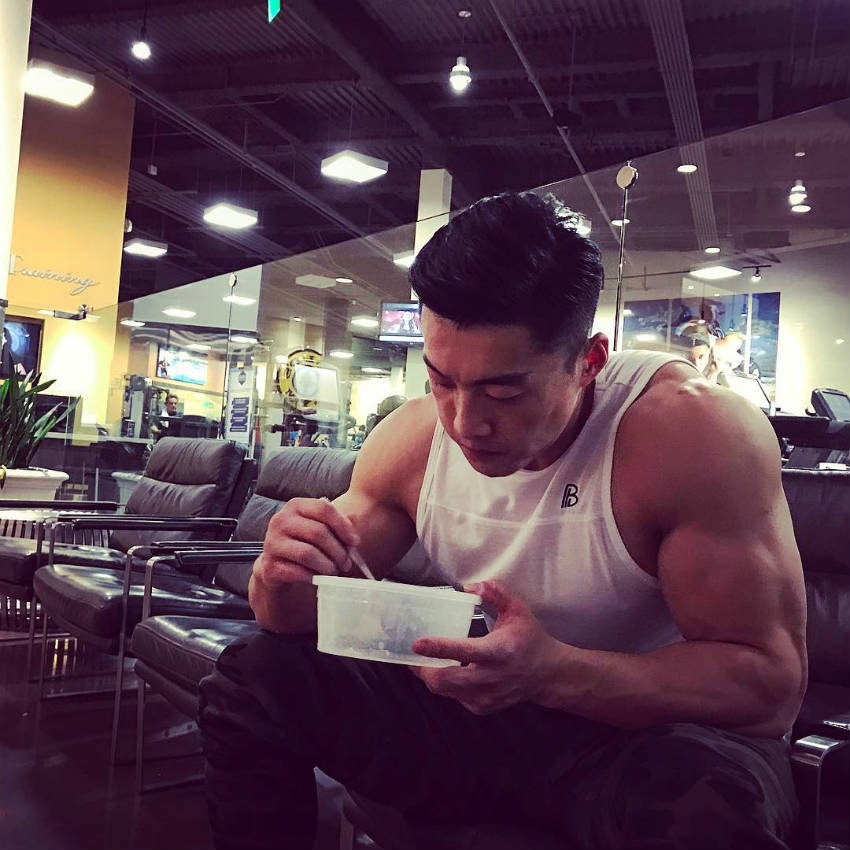 Long insists that he follows a 100% natural approach to bodybuilding. He is against steroid use, and eats an extremely healthy diet – trying to avoid cheat meals.

Long likes to eat a combination of traditionally Chinese, and western foods. He eats a variety of lean meats such as chicken, turkey and beef, but also mixes his diet up with Chinese stir fry and salad dishes.

He also includes a variety of vegetables in his diet. He eats asparagus, beans, cucumber, onions and a variety of other healthy options. 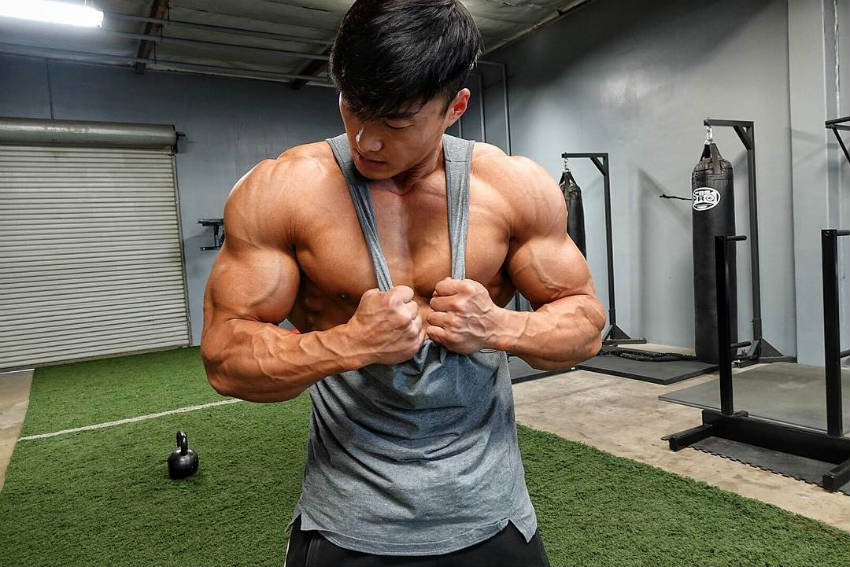 What we can learn from Long Wu

Long Wu has made the move from China to the U.S in order to build a career for himself. He made his mark instantly as a professional bodybuilder – qualifying for the Olympia.

This career move shows how useful a physical move can be in a fitness industry career. If you also want to develop your own career in fitness, it may be useful to move away from an area that has no real bodybuilding scene.

“a 100% natural approach to bodybuilding. He is against steroid use” HAHAHAHAHAHAHA. Yeh whatever.

That look is pretty achievable without steroids…

He competes in Physique division, not with the big big guys, doesn’t need steroids for Physique