Leo Robert made history by becoming the first Canadian to win the Mr. Universe competition. Although less known than the golden era athletes, he is regarded as an icon by countless fans and bodybuilders.

But it wasn’t always a smooth ride – Leo struggled to develop his physique in his early years, even considering quitting his fitness journey. 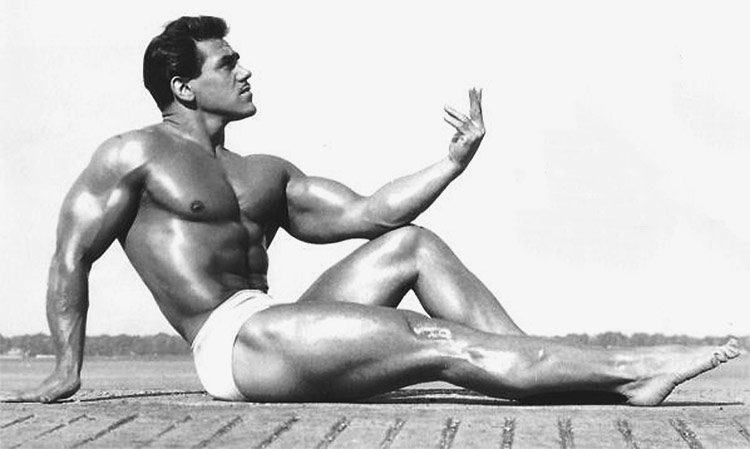 “A proportioned, balanced physique has always been my goal.” 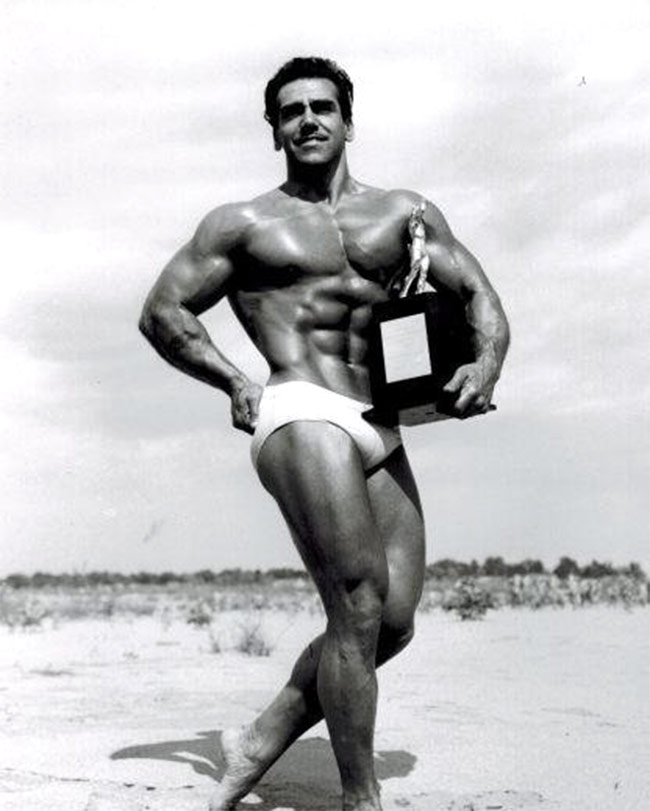 “To the surprise of many, I did not set out to achieve the Mr. Universe title in the beginning.” 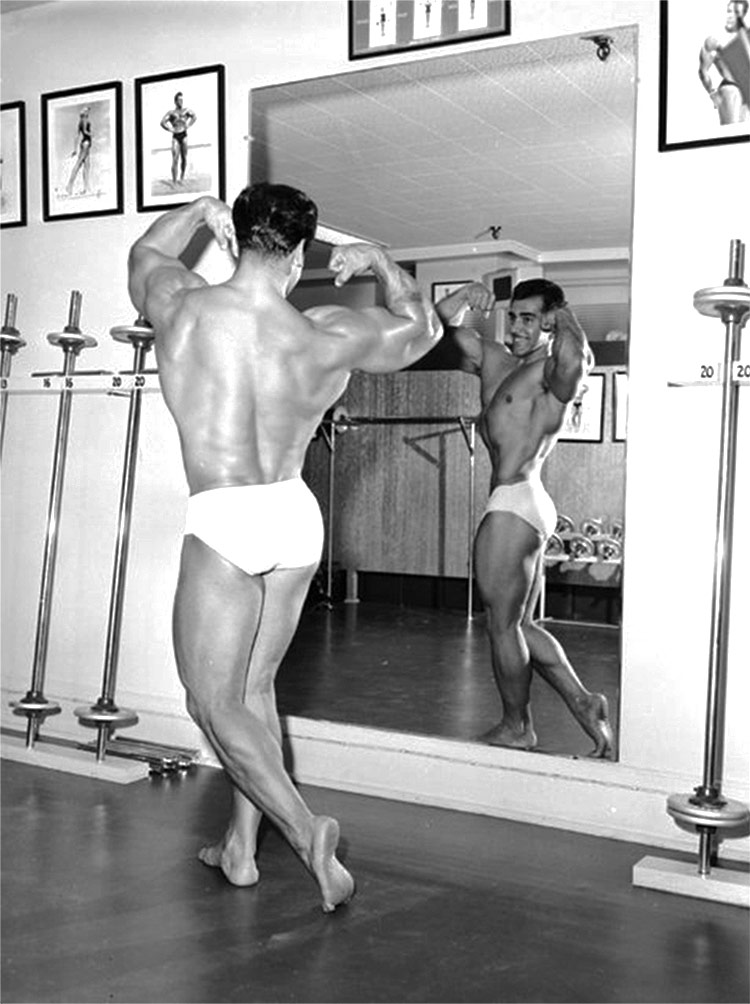 “I began training in an attempt to give up a sedentary lifestyle and to start feeling better physically.”

Born and raised in the ‘Cradle of Strongmen’ Quebec, Montreal (Canada), Leo Robert was very active as a child. He grew up playing numerous sports, most notably, Ice Hockey – it was this sport that taught him the value of hard work.

After graduating from high school, Leo began working as a Longshoreman, moving cargo on the docks. But the youngster noticed that he wasn’t strong enough to continue his profession.

Leo left the docks and began working in an office, but his inactivity meant that his body fat increased. He became overweight, with a 35 inch waist.

The future legend was on a downward spiral – but all hope wasn’t lost yet.

Leo became unhappy with his physique after becoming seriously overweight during his office job. But he found the inspiration he needed, when he saw a muscle magazine for the first time.

Leo set his sights on sculpting his dream physique. It wasn’t long until he’d contacted a personal trainer and began lifting weights in the gym. 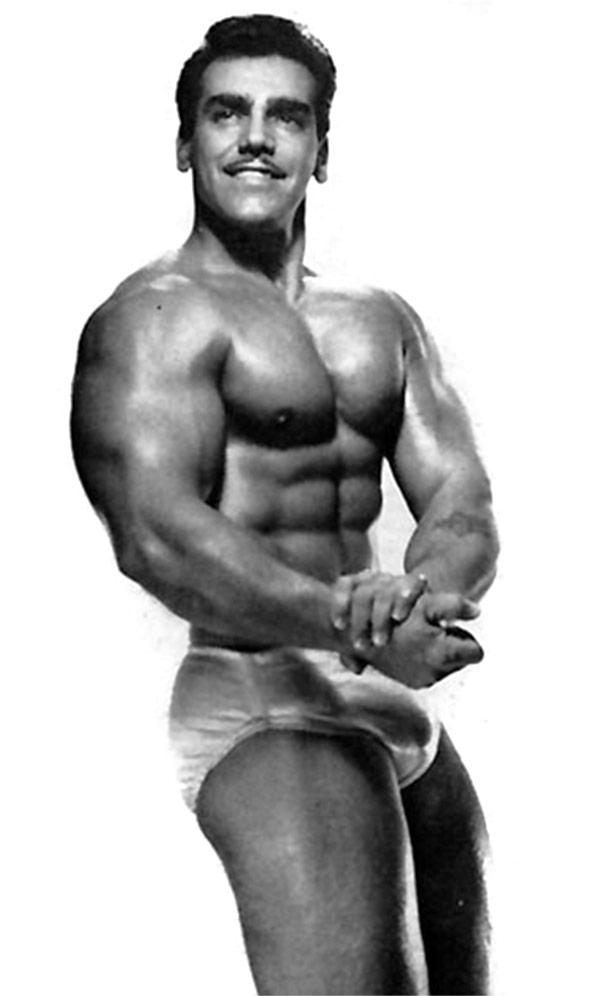 “The iron game was very much a brotherhood.”

Leo didn’t make much progress in his first month of working out in the gym. He described himself as “flabby and soft”, and being a hard-gainer, he became disappointing with his lack of development.

At this point, Leo considered giving up on his dream of building a shredded physique. But his friends encouraged him to continue lifting weights and motivated him to succeed.

It wasn’t long until Leo’s hard work paid off.

Three months after entering the gym, the Canadian made great progress and began seeing results. By 1947, three years after starting his fitness journey, he’d realized his ambition of sculpting a shredded physique.

Leo returned to his job as a Longshoreman, determined to continue his healthy lifestyle. He became admired for his transformation, and was encouraged to begin competing as a bodybuilder.

Motivated by his friends, Leo set his sights on becoming a professional.

Proud of his progress, Leo entered his first show – the 1947 Mr. Montreal. Impressively, the Canadian placed first and was awarded the overall title.

That same year, Leo returned to the stage at the 1947 Mr. Province of Quebec competition. He managed to replicate his success, taking home the trophy, but that wasn’t all.

At the age of 26, Leo earned his Pro Card, realizing his dream of becoming a professional bodybuilder. 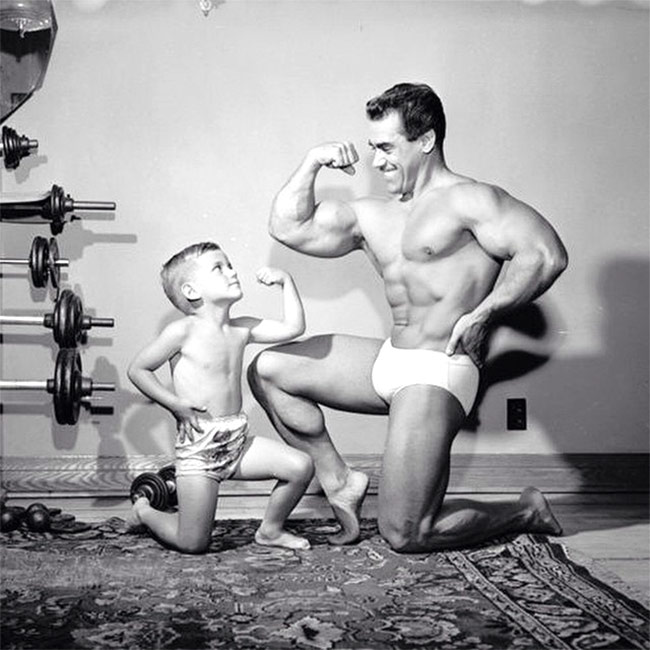 “Being at the gym meant working towards self improvement.”

Riding high from his early success, Leo didn’t waste any time entering his first show as a pro. He stepped on stage at the 1948 IFBB Mr. Eastern North America, hoping to continue his winning streak.

Although Leo didn’t win, he placed a close second. He was determined to make a name for himself in the industry.

Over the next 7 years, the Canadian entered a further 5 competitions, placing in the top 3 in every contest.

However, his biggest achievement came in his last show. At the age of 33, Leo became the first Canadian to win the 1955 NABBA Mr. Universe.

He’d written his name into the record books, becoming a legend in the sport. 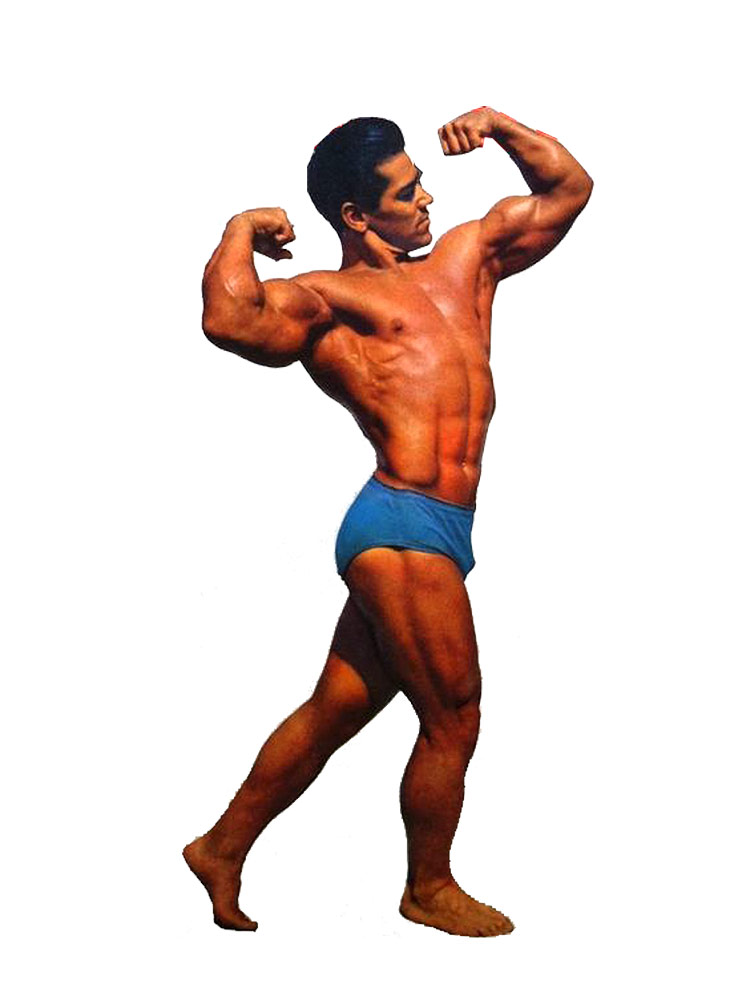 “I studied each of my muscles to ensure that they were developing proportionately.”

Leo was known to train twice a day, in order to develop his physique. He enjoyed split-training, working his upper and lower body on different days.

However, he’d only perform 4 exercises for his upper body, and 3 for his lower body – keeping his workouts short, making sure not to over-train his muscles.

Leo always mixed up his workouts, to shock his body and force it to develop further.

The Canadian believed in resting his body to promote muscle growth, and spent the weekends away from the gym.

After Leo retired, he focused on maintaining his physique, performing more reps to stay shredded. 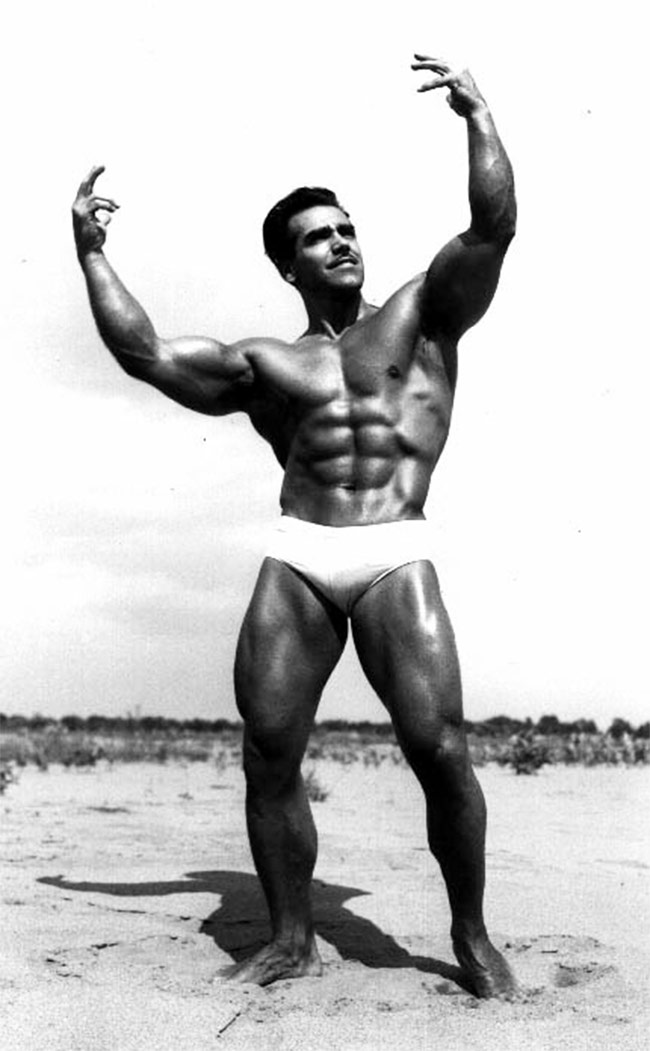 “The journey to ultimate nutrition may take a lifetime for many… but it is a road that each one of us must travel to ensure good health.”

Leo followed a strict diet – he believed nutrition was the key to sculpting a great physique. He would aim to consume 6 meals per day, to keep his body topped up and ready to develop.

He based his meals around lean proteins (steak, chicken, fish), fruit and vegetables, complex carbohydrates, as well as vitamins and minerals. 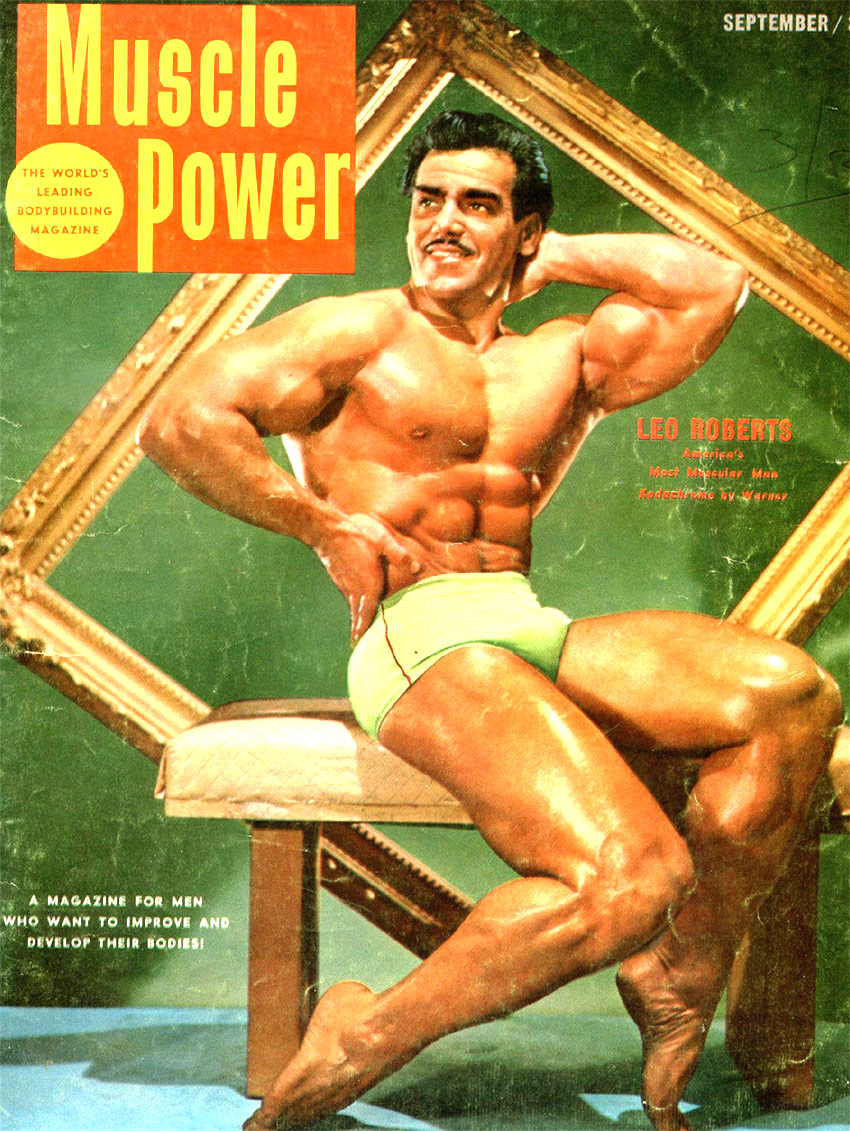 “We had no idea how popular bodybuilding would become.”

It was Leo’s friends that motivated and encouraged him to succeed as a bodybuilder – especially at the start of his fitness journey. Leo named them as his biggest influences. 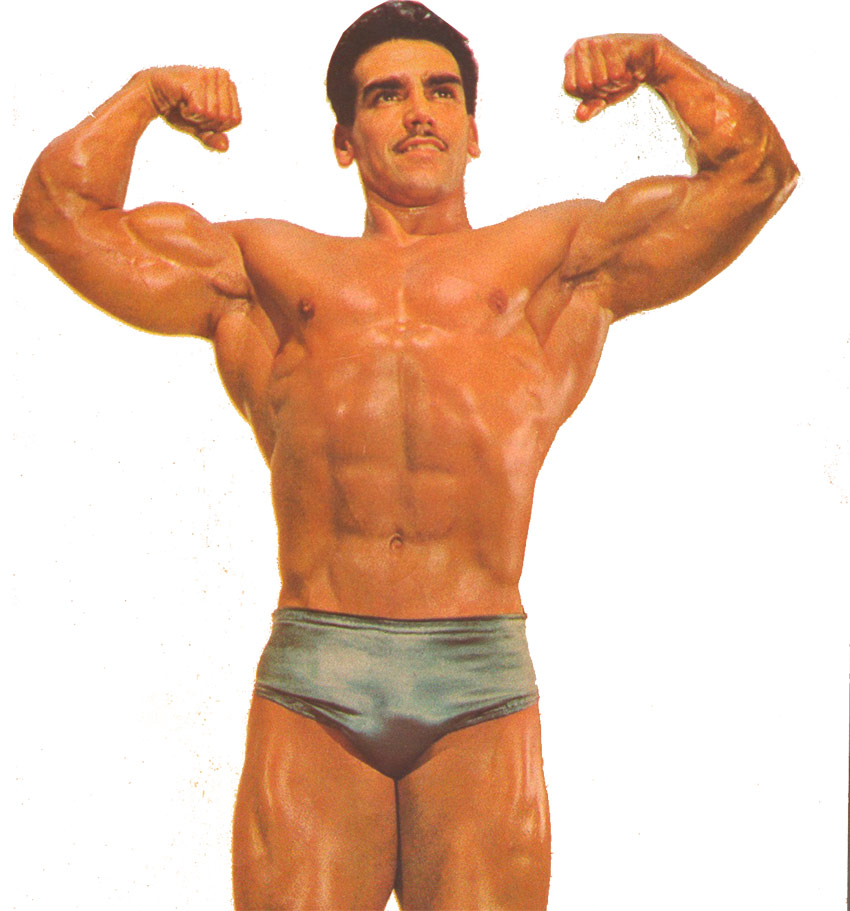 “I was very fortunate in possessing responsive muscles and the right type of instructions.”

What we can learn from Leo Robert

If Leo’s story has taught us anything, it’s to never give up.

He considered quitting his fitness journey within his first few weeks of training due to lack of progress. But he continued working hard and eventually sculpted his dream physique, surpassing all of his expectations by becoming a professional bodybuilder.

You should always work towards your goal, regardless of how big or small it might be – nothing is impossible.

still living well he was in vancouver at a time.

Love your website. Do you know if Leo Roberts is still alive?
Do you know, or is there a way to find out, if bodybuilders such as Jack LaLanne and others who died with pneumonia had a pneumonia or flu shot vaccine just before they got pneumonia and died?
Thanks and God bless

Growing up I remember Leo Roberts. He was my role model then and still is, Have been body building since my 20’s and LOVE THIS SPORT. Can anyone tell me where one can purchase the posing trunks like Leo Roberts, Bill Pearl wold wear for posing?, Please, please let me know.