Larry Scott (AKA. The Legend and The Golden Boy) is a legend of the sport. He won the first ever Mr. Olympia titles back-to-back, and was the first athlete to sculpt 20″ arms.

He inspired the golden age bodybuilders, including Arnold Schwarzenegger, and popularized what is now known as “Preacher Curls”.

However, he wasn’t always a muscular icon – he was too short and small for his football and basketball teams during high school. 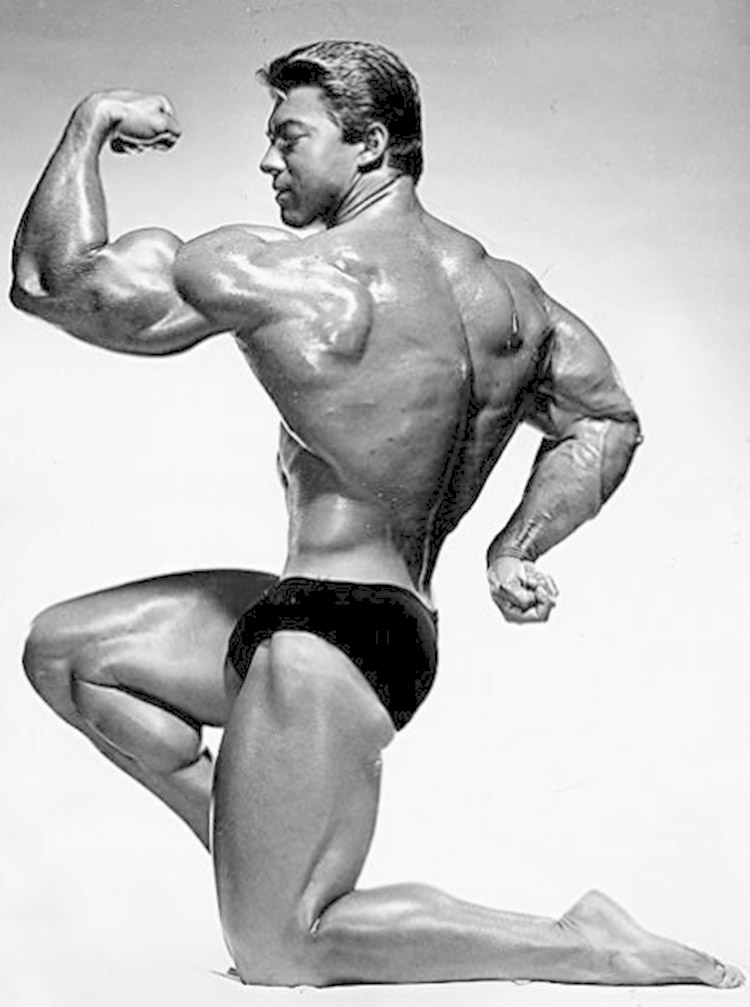 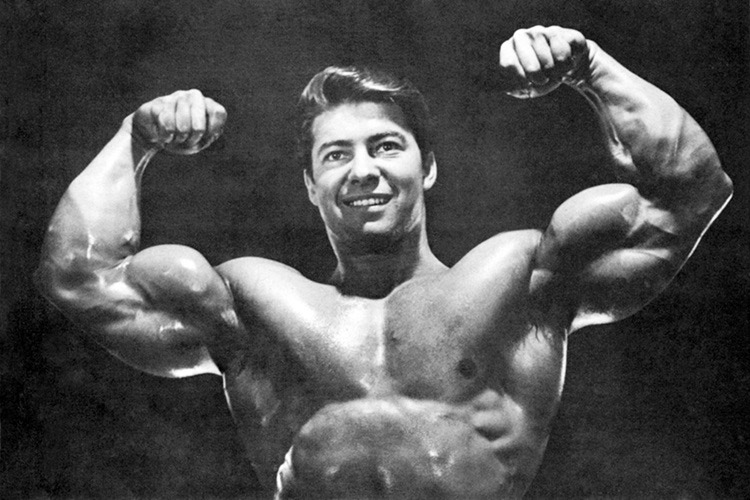 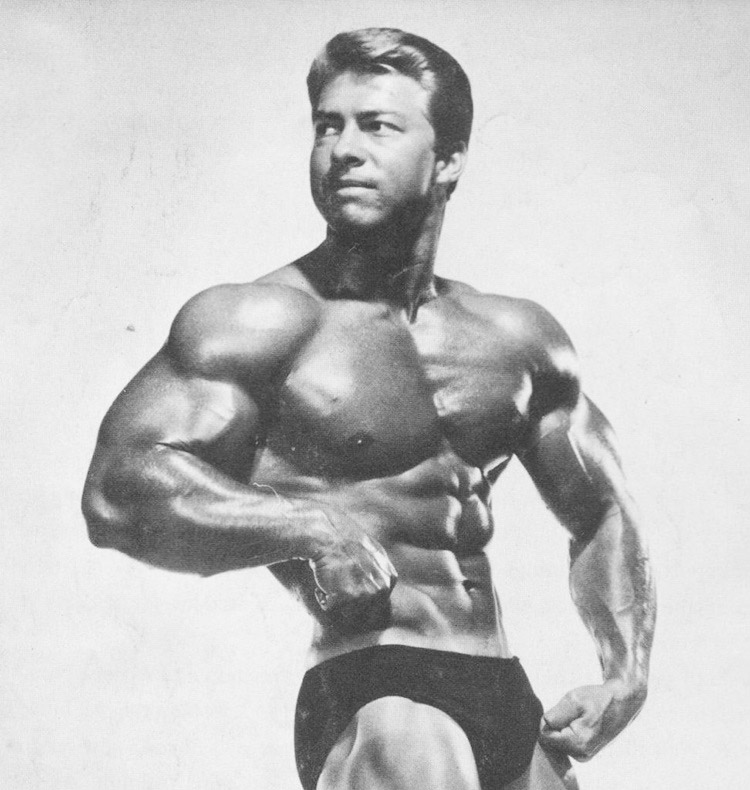 Born and raised in Idaho, America, Larry always had a passion for sports growing up. But as a child, he was too small to play football and basketball at high school.

At this point, Larry had never lifted weights. Instead, he joined the gymnastics squad and became a prolific tumbler – he was at such a high level that he toured with his state team.

In 1956, at the age of 18, during his senior year in high school, Larry encountered a bodybuilding magazine. The future legend was instantly inspired and began lifting weights.

However, he wasn’t training in the gym – at this point, he was using a deserted tractor axle as a dumb bell. 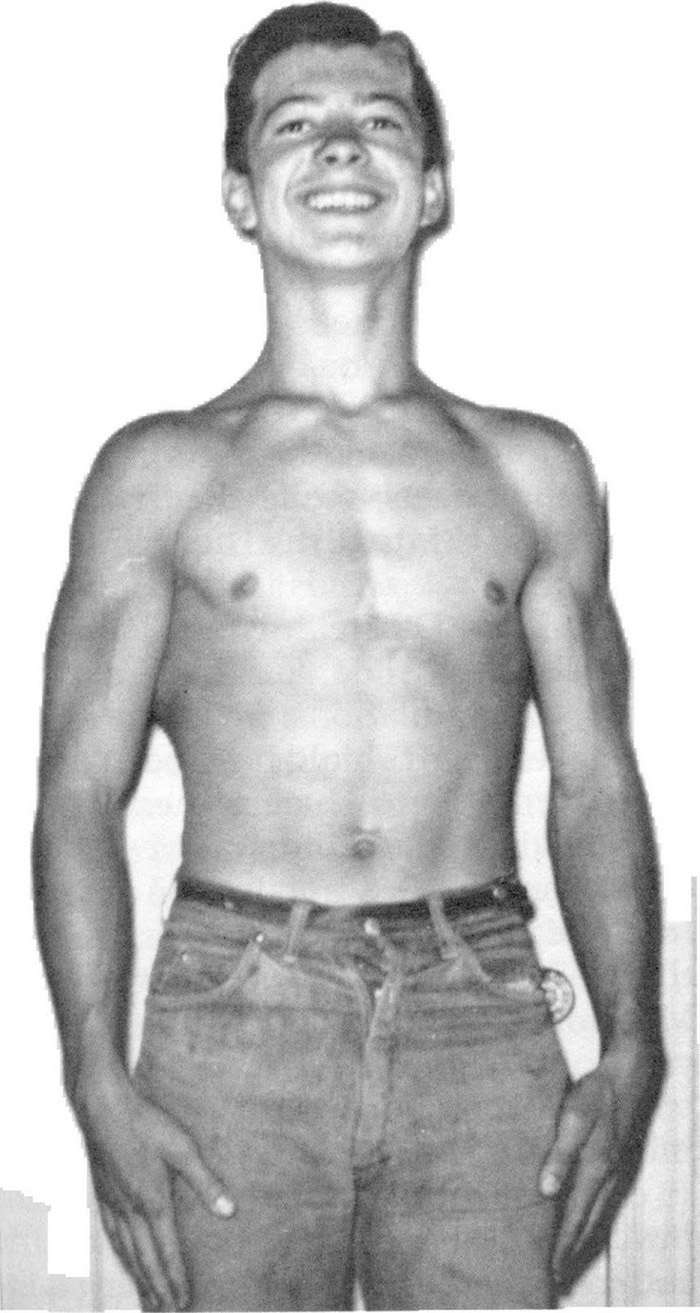 Larry as a child, before he started training.

In 1958, Larry entered his first competition – the Mr. Idaho show. All of his hard work paid off, and he placed 1st in his debut.

This victory made him realize that he had the potential to succeed in the industry. He set his sights on becoming a fitness sensation.

Move to California and College

It wasn’t long until Larry had fallen in love with fitness. In 1958, he moved to California and began training at Bert Goodrich’s Hollywood Gym.

It was there that Larry met “Mr. Muscle Beach”, Lou Degni – he took Larry under his wing and him helped develop a great body.

During this period, Larry also enrolled at Valley College, majoring in Electronics. He started working as an electronics technician simultaneously, managing to fit in gym sessions in his spare time.

This dedication to fitness was key to attaining the greatest physique in the world. 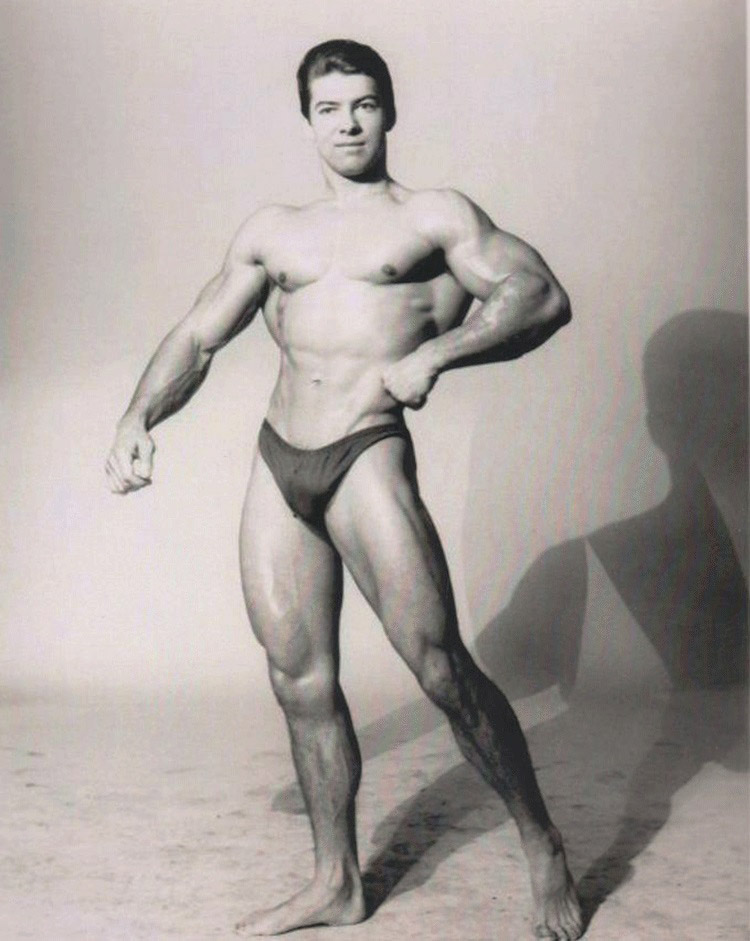 Soon after, Larry had a change of scenery and joined Vince’s Gym. Here, he met the owner and bodybuilding legend, Vince Gironda – The Iron Guru took it upon himself to personally train the youngster.

Under the guidance of an icon, Larry made serious progress and was ready for his first major competition – the 1960 AAU Mr. California.

He managed to walk away with the trophy, but this was just the beginning. 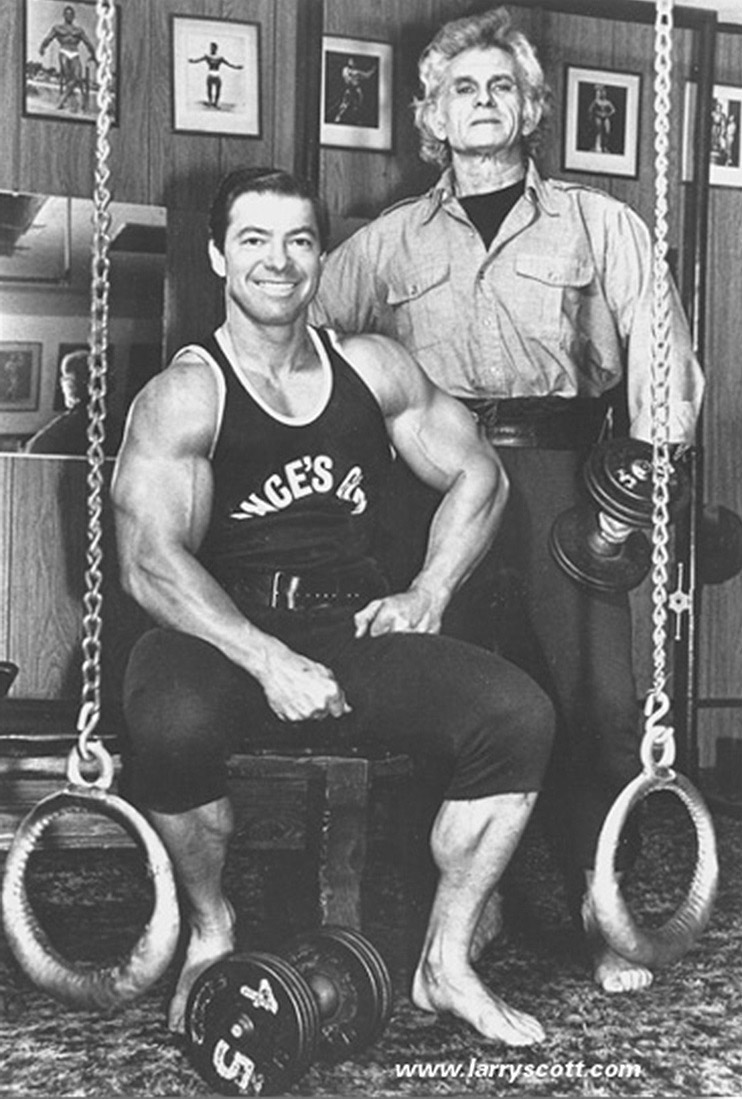 Vince being trained by “The Iron Guru”, Vince Gironda.

Over the next 4 years, Larry continued developing his physique, gaining more recognition with every competition. During this period, he took home 4 trophies, as well as placing in the top 3 in 3 shows.

By the age of 26, The Golden Boy had packed on around 50lb of muscle using Vince Gironda’s methods and had sculpted an incredible physique. After dominating the Mr. Universe contests in 1963 and 1964, he set his sights on bigger competitions.

A year later, Joe Weirder created the prestigious Mr. Olympia show, which held it’s first ever competition in 1965. Joe wanted the event to host the best bodybuilders in the world, so he only invited top title winners.

Without hesitation, as the back-to-back winner of the Mr. Universe, Larry entered the 1965 Mr. Olympia. He managed to replicate his previous success, and he was unanimously placed 1st.

Winning this title meant that Larry was crowned as the world’s greatest bodybuilder. But he wasn’t done yet.

He returned a year later and stepped on stage at the 1966 Mr. Olympia. The Legend successfully defended his position as the king of the industry, becoming a superstar. 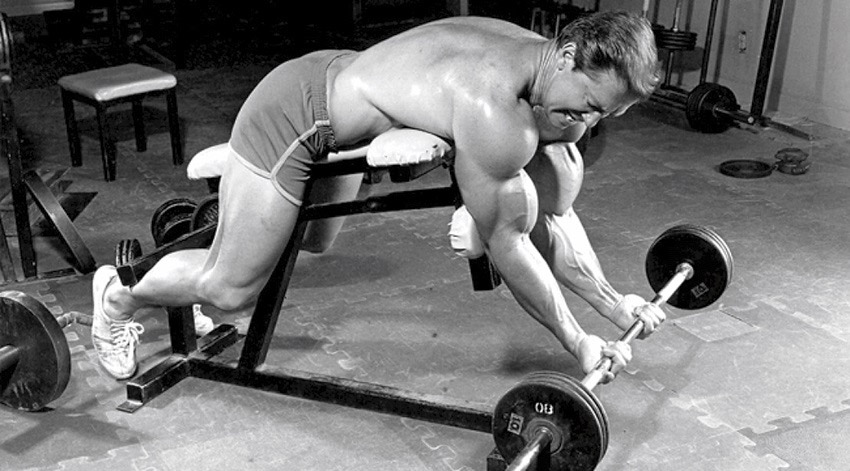 Larry had reached the peak of his career after winning the first two Mr. Olympia shows.

At this point, he felt that he’d achieved everything in the industry. Larry wanted to focus on his marriage and step away from the limelight.

At 28, The Golden Boy announced his retirement from competitive bodybuilding after his victory in 1966.

After a 13 year absence from the sport, Larry decided to make his comeback in 1979. At the age of 41, he entered two competitions – the Canada Diamond Pro Cup and the Grand Prix Vancouver.

However, the highest he placed was 9th. Larry accepted that his best years were behind him, and he hung up his boots once more.

In 1999, Larry’s accomplishments in the fitness industry were memorialized.

He was inducted into the coveted IFBB Hall of Fame, alongside other icons like Reg Park and Arnold Schwarzenegger. 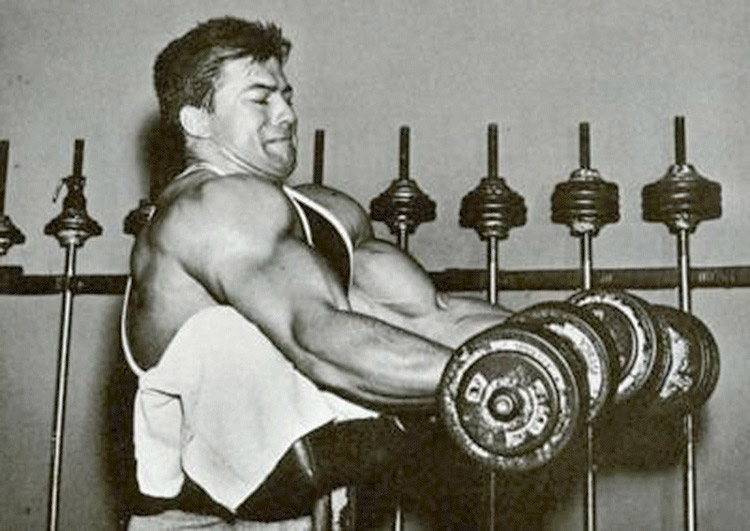 At his peak, Larry trained 6 days per week in the gym, focusing on 2-3 muscle groups every session. He performed 8-10 reps in equally as many sets.

Each of his sessions lasted 2 hours – he made sure to work out for 12 hours total per week. The Legend believed in taking as little rests between exercises as possible, to keep blood in the muscle and maintain the pump.

Surprisingly for his size, Larry never used what he considered to be extremely heavy weights – the highest he’d go to for his bicep curls was 150lbs.

At Vince’s gym, he made the most of all the specialist equipment available which would isolate muscle groups – he credits these machines to his progress. 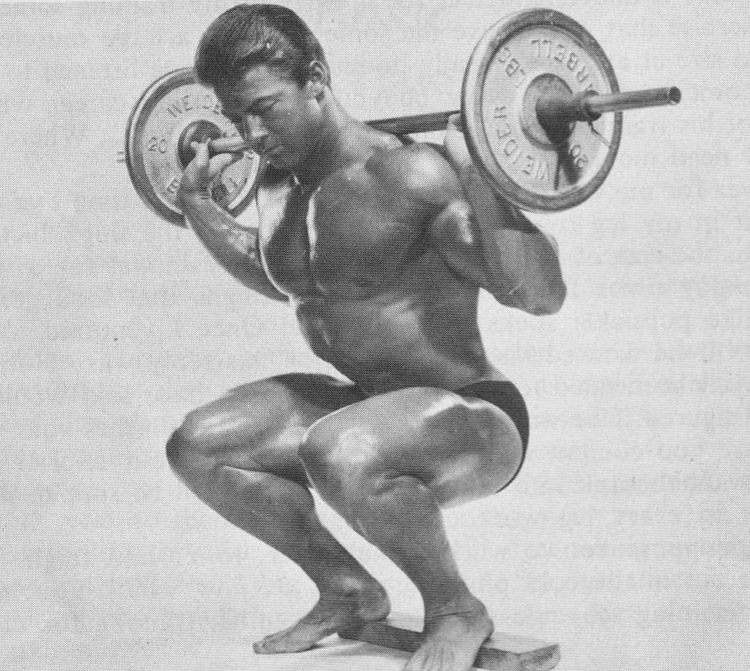 Larry followed an unusual diet when he was competing. He mostly consumed proteins such as meat, cheese, and eggs with almost no carbs and very little vegetables.

The Golden Boy tried to eat 6-8 meals per day to keep his body fuelled and metabolism high. He included whey protein, which he would mix with milk and cream, in his diet plan. 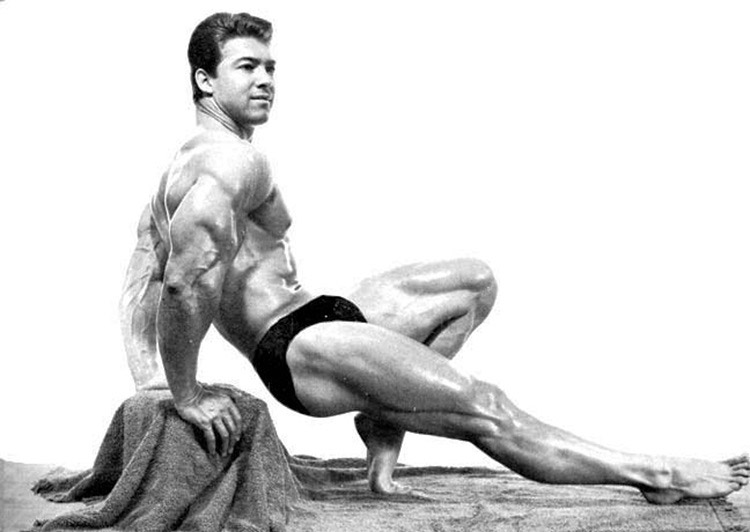 Larry has inspired many of the golden age bodybuilders, including Arnold Schwarzenegger, and many modern athletes.

However, during his career, he gained his inspiration from Lou Degni and Vince Gironda. 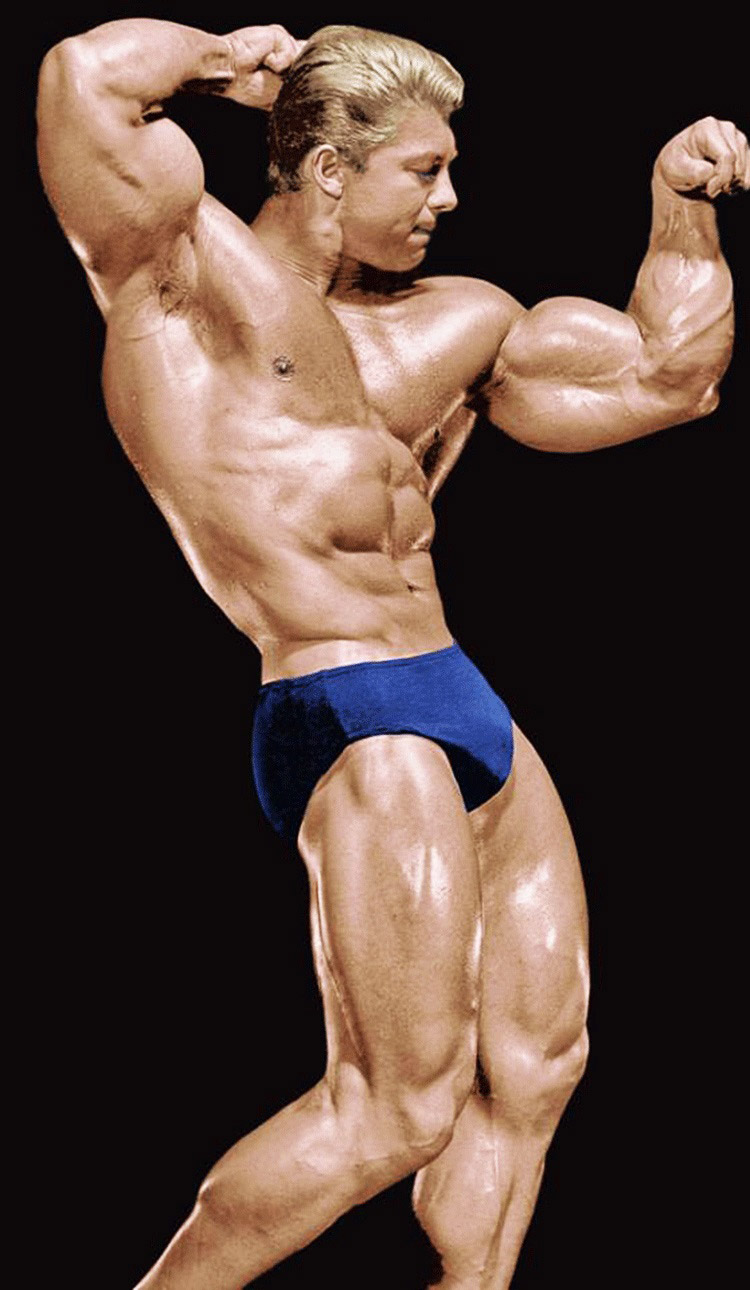 What we can learn from Larry Scott

Larry has taught us to always chase our dreams. He took the risk of moving to California to pursue his goal of sculpting the greatest physique in the world.

One thing we can learn from Larry’s story is that learning from experienced professionals is the key to success – he took on the help of Lou Degni and Vince Gironda, and became a legend in the industry.

[…] being inducted into the prestigious IFBB Hall of Fame, joining the likes of Arnold Schwarzenegger, Larry Scott, and Sergio Oliva in the elite […]

1st i ever seen as bodybuilder
that was the greatest of all time 7x mr. olympia
Mr. Arnold alois schwarzenegger
in his movie predator and i was so inspired to build a body like him even today not continously bt still trying …. i’m using arnolds Shocking principles and Larry’s routines on biceps