Lance Dreher is a two time Mr Universe and former Mr America from Chicago, USA. He’s known as one of the greatest and most underrated bodybuilding champions of the 1980’s.

Growing up, Lance’s bodybuilder father inspired him to begin working out. While he advised against living the bodybuilder’s lifestyle, Lance was already hooked and started lifting weights as soon as he could.

At high school and college Lance was a high-level football player, but he always wanted to become a bodybuilder. He met some major players in the Chicago bodybuilding scene and started competing shortly after.

Lances professional career spanned almost two decades. He won 6 major competitions and competed in the IFBB, (while disputing their legitimacy,) as well as the NABBA. He is regarded by many today as one of the best bodybuilders of all time.

He’s also left a serious legacy behind – inventing grips for the bicep curl which are still widely used today. This is Lance’s story: 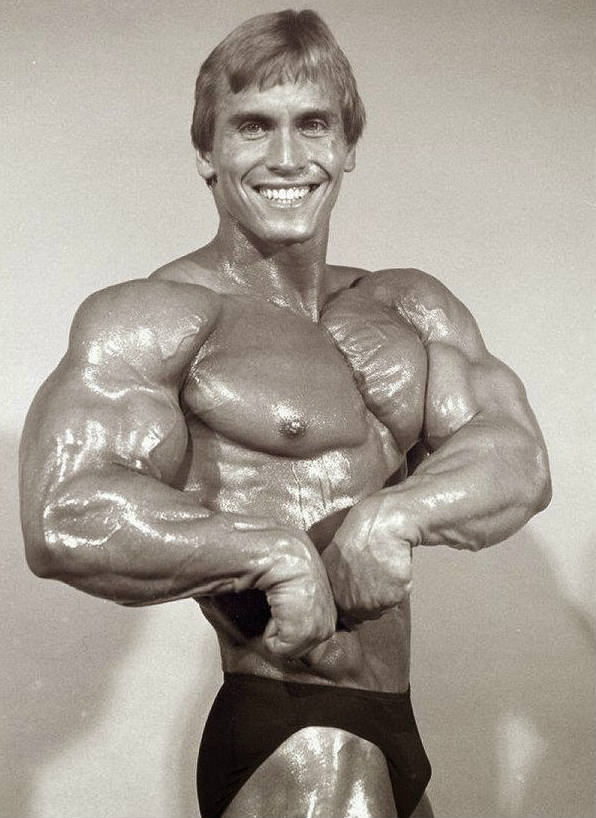 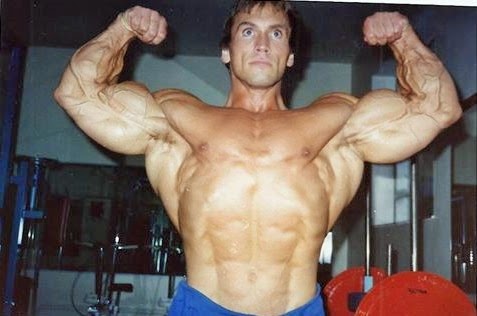 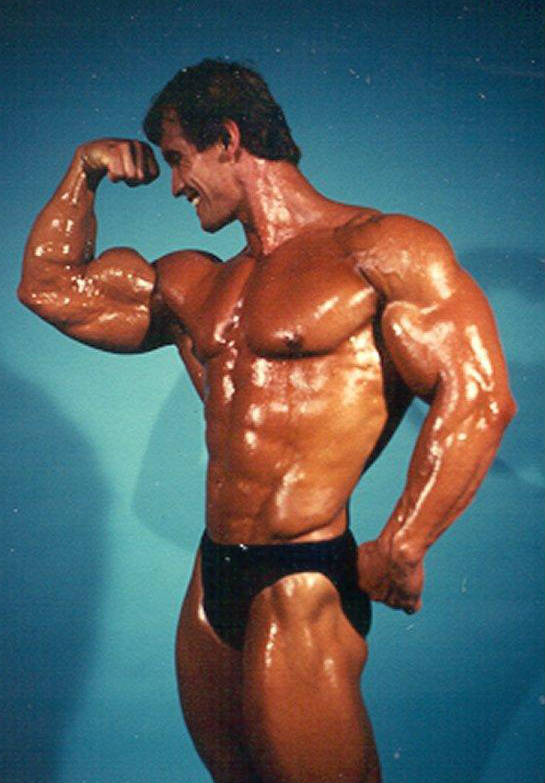 Growing up in Chicago, Lance was inspired to follow the bodybuilding path when he watched his father lift weights. His dad introduced him to his weight set in the garage and the seed was planted.

While Dreher senior didn’t encourage Lance to live the bodybuilding life, he says that there was no other option for him. He loved the masculine element of testing his physical strength against the weights.

Getting Into The Sport

When Lance was a freshman in high school, he says that he “gained 1.5 inches of muscle” within a week. He also says that he gained 15 pounds of bodyweight in two weeks – carrying 20 inch biceps by his 17th birthday.

While he was an avid weightlifter, he also says that he was a star fullback for his high school football team – surpassing all his teammates in size and stature. His football coaches liked that he was lifting  weights, but said that they didn’t want the gym sessions to take up too much time which could be allocated to football.

For Lance, the opposite was true ; the football practice was wasting time that could be spent in the gym. Luckily, at 17 years old, Lance was fortunate enough to meet Bob Gajda. Bob was a well-known professional bodybuilding champion and Mr Universe and he invited Lance to begin training at his facility. 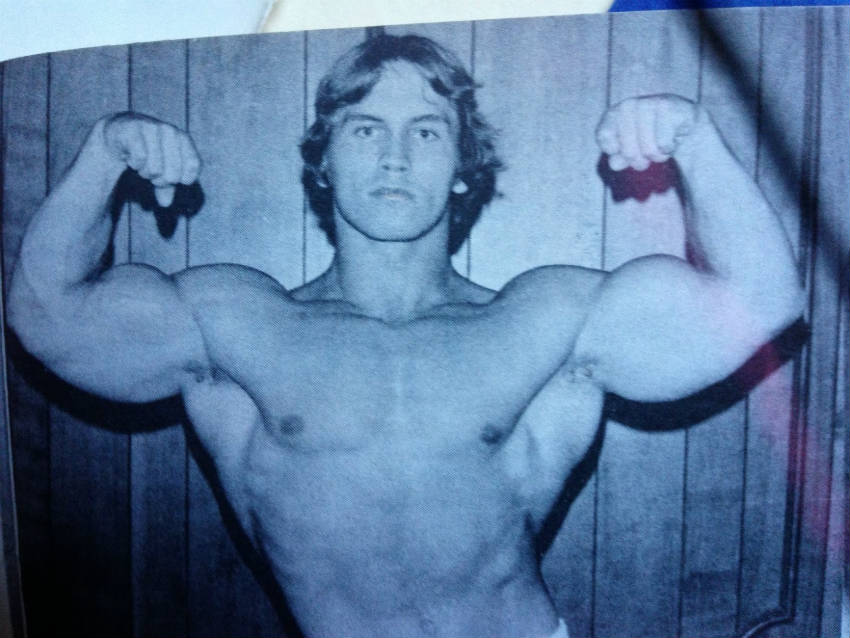 Lance learned everything from Bob. He would sit in his office for hours after every training session, listening to him talk about bodybuilding techniques. They also talked a lot about the importance of proportions and worked together to prepare Lance for the rigors of the sport.

His first competition was the ‘Mr Chicagoland’ when he was just 17 years old. He spent a lot of the preparation stages in his friend Frank’s bedroom, working as hard as he could with very little knowledge of how to lift properly.

As a result of his limited knowledge, Lance didn’t place in the show. However, straight after he returned from the competition, Bob began to train him with the intention of making him a champion.

After some hard training, Lance began to place in his first junior competitions. He came in the top 8 at the junior ‘Mr Rockford,’ as well as winning a ‘best back’ and ‘best arms’ award.

Following this, he managed to win the Junior Mr Chicago. He says that his rivals began to call him after the show, telling him they were going to beat him badly in the next show.

Lance had to combine his bodybuilding with his football again, as he was accepted on to a football scholarship at North Central College in Chicago. He says he was the only player in the college squad that had a “training table,” which meant that he was able to go into the cafeteria at any time and eat what he wanted.

This period would ultimately be the start of Lance’s bodybuilding journey. His first major competition success was the Collegiate Mr America, where he placed third just behind Tom Platz (the future ‘Quadzilla’ of bodybuilding.)

Lance says that, at this time, steroids were an obvious part of the sport. When he competed in the AAU ‘Teen America’ in 1973, he came in fourth place behind the winner Steve Borodinsky. Lance complained to the judges that the other competitors were obviously using steroids, but they simply told him to “soldier on.”

Lance’s first major professional competition was the Mr America of 1981. There was some controversy when his rival won the first stage of the title in America, but Lance went on to win the Cairo World Championship event which followed.

The following year, Lance began to be contacted by the newly established ‘International Federation of Bodybuilding and Fitness’ (IFBB) run by  Ben and Joe Weider. The organisation pressured Lance to move to California to begin competing under their banner, but he wasn’t struck on the idea.

He says that all the best bodybuilders of that era called him up and tried to persuade him to go. They believed that his ‘blonde hair and blue eyed’ look would help sell the organisation to the public. At the time, Lance had house payments to pay and had known people who worked with the organisation before becoming homeless. Because of this, he refused to move to California, but he did sign up to compete at the IFBB shows. 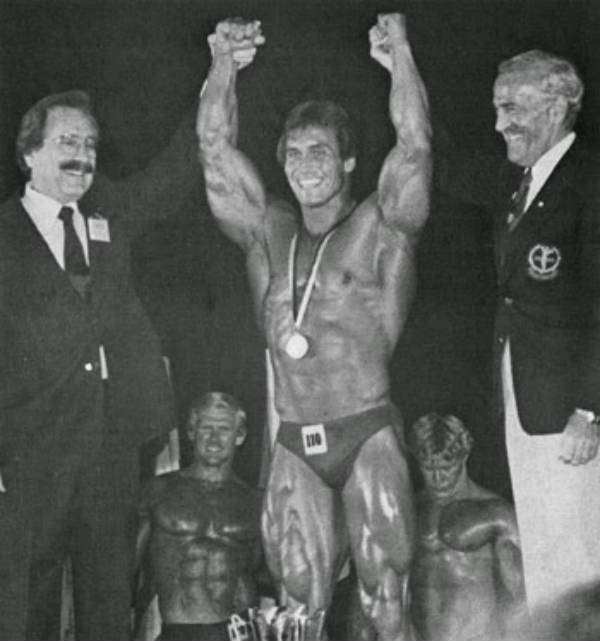 The first show which Lance won with the IFBB, was the 1981 IFBB World Amateur Championships. This enabled him to qualify for the 1982 Mr Olympia show, where he took a 15th place spot. He wasn’t happy with this position – believing that he should have placed higher.

Lance’s issues with the IFBB began at this stage. His earlier refusal to move to California had made the organisation angry with him, and when he asked them if he could compete for a disability charity, they told him he couldn’t and would be suspended if he did.

After hearing this, Lance says he resigned on the spot. It was 1984 and he knew he now had to find another route.

The National Amateur Body-Builders’ Association (NABBA) was gaining in popularity at this time, so Lance began to compete with the intention of making a name for himself as a natural.

After training hard and landing a 3rd place spot at the 1984 NABBA Mr. Universe, Lance managed to win the 1986 Mr. Universe with ease. His figure was the best it had ever been, so he was extremely proud of all that he had achieved.

He did take another shot at the IFBB competitions in 1986, but he says that his second place at the Chicago Pro was opposed by the IFBB. Lance mentions that they actually cornered the judge who awarded him the trophy, questioning why he wasn’t placed lower.

Following this professional career, Lance decided that he would leave the (often corrupt) bodybuilding world behind and pursue a career as a nutritionist.

He studied a masters and PhD in nutrition and physical therapy and began to teach seminars on various topics. He particularly enjoyed dealing with people suffering who were suffering from eating disorders. 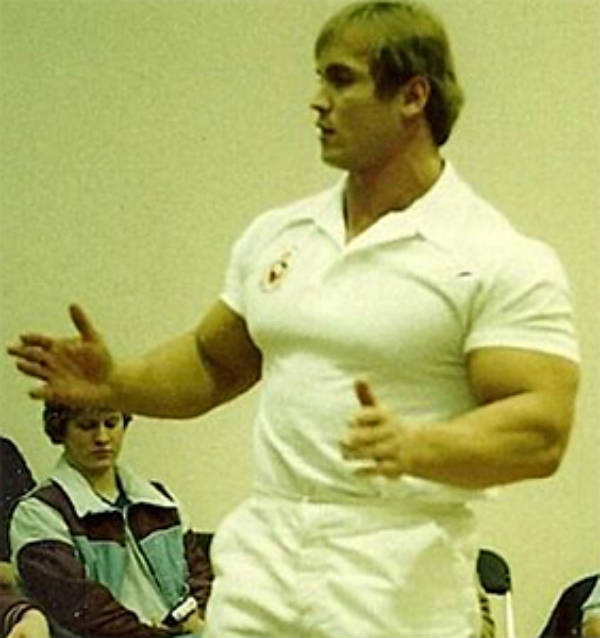 Lance carrying out a seminar in the late 80’s about exercise and nutrition.

Lance says that Bob Kennedy, (the publisher of Muscle Mag International,)  wrote in his book ‘Beef It’ that Lance, Mike Mentzer and Tim Belknap were “true naturals.” He claimed that the three men had the ideal genetics and bone structure to be the best in the sport.

While Lance didn’t win the Olympia, and had an ongoing feud with the IFBB, he was recognized by the bodybuilding media throughout the 80’s for his sheer dedication to the sport. He appeared in a score of famous magazines during this period which are listed below.

Lance has left a legacy behind him which will ensure he is never forgotten. In his heyday, he had massive 23.5 inch arms, which inspired teens across the world.

The arm workouts he adopted have been studied by bodybuilders for decades and have been detailed in numerous magazines. The ‘asymmetric’ grip he adopted would be called the ‘Dreher Curl’, which is still used by many athletes today to activate the outer bicep (long head.)

Another lasting contribution that lance has made to bodybuilding is the development of the brachialis muscle. A strong brachialis muscle on the forearm is vital for heavy bicep curls (particularly with Lance’s grip.)

The training he would implement would always be very heavy with low reps. He would sometimes go as low as 4 reps. When hitting his biceps he did incline dumbbell curls, concentration curls and Nautilus curls.

Lance’s introduction of the bicep routine involving hammer curls placed sporadically throughout the workout, continues to be followed by professional bodybuilders today. He believes that this had made a big difference to the aesthetic of the bicep over the years.

At 60 years old, Lance was still training hard for 5 days a week. He was still actually completing 100 pound dumbbell presses and maintained a strong and lean physique.

He had to make some changes to his routine as his knees were replaced, but he never stopped training. 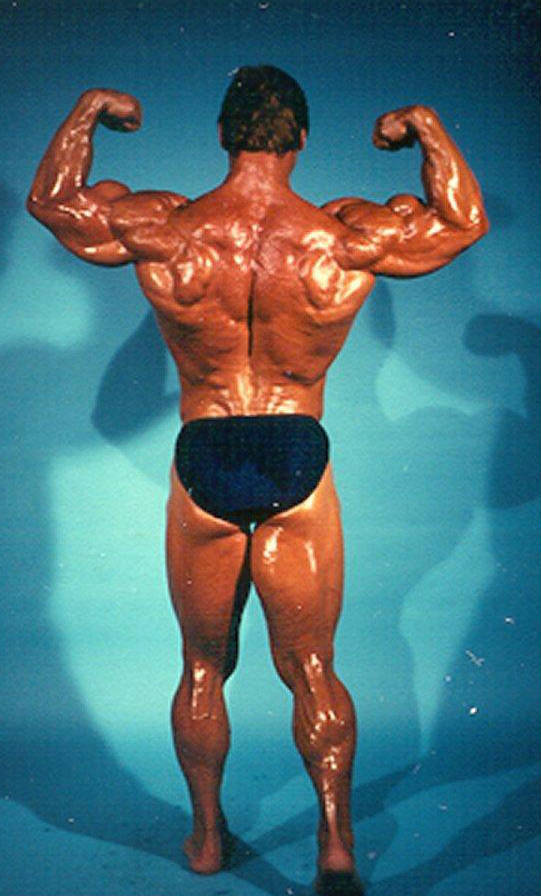 Lance tried to eat as healthily as possible growing up. He loved working out at college, as his football coach gave him free reign over the canteen – allowing him to eat whatever he wanted. He loved to stock up on meat and vegetables and loved fruit.

He also tried some horrible early protein powders in the 60’s. Bob Hoffman’s ‘Protein From The Sea’ powder, was a particularly bad tasting mixture according to Lance. He says that it “tasted worse than rotten tuna.”

Lance was diagnosed with Valley Fever in his 60’s, which is a serious fungal infection. Because of this, he had to start eating a very low carb diet. He still likes to eat a lot of protein though and loves fish, lean meat and steak. 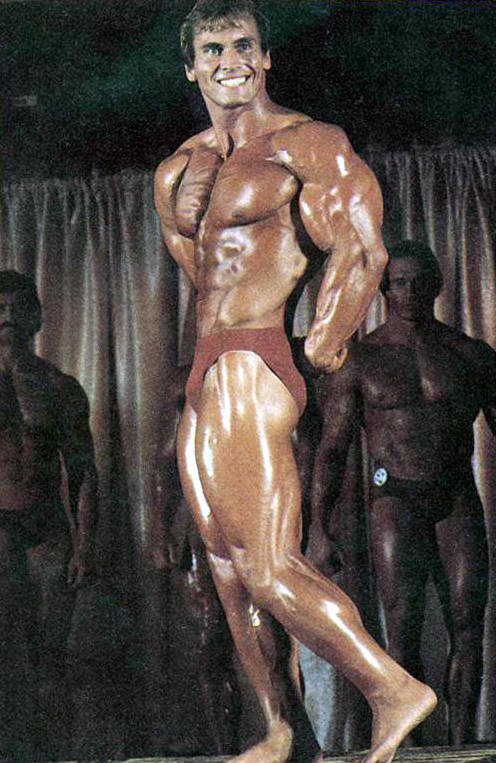 What we can learn from Lance Dreher

Lance Dreher has helped to shape modern bodybuilding. He is regarded by many as an underrated champion of his era, who changed how people lift weights.

The fact that Lance didn’t stop working out, from his high school days to his 60’s, proves that bodybuilding was a lifestyle to him. He became a professional champion, but also decided to help others with their fitness goals – becoming a doctor of nutrition and physical therapy.

If you show the same dedication and passion that Lance has shown, who knows where you could end up on your fitness journey.