Kevin Levrone (AKA: Maryland Muscle Machine) is one of the most successful professional bodybuilders of all time. He is also a singer, actor, and a father.

These events forced Kevin to stand face to face with life challenges and to realize that he must start living a healthy life if he wants to avoid his parents’ fate.

Later, he became an inspiration for everyone around the world, having won over 23 Pro Show titles, and making a comeback for Mr. Olympia at 51 years old – an event which surprised everyone in the fitness community. From the boy who lost his parents to one of the most well-known bodybuilding icons, Kevin has achieved greatness. 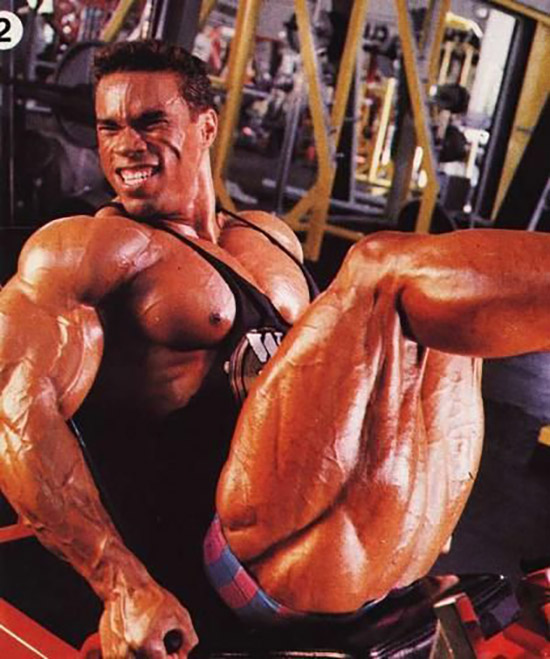 “You get as big as possible from becoming as strong as possible. When I started lifting I went into the gym with that ‘how much can I bench, curl, squat, and deadlift’ attitude. That’s when I discovered how fast my strength could increase, and it made me crazy intense to get even stronger.” 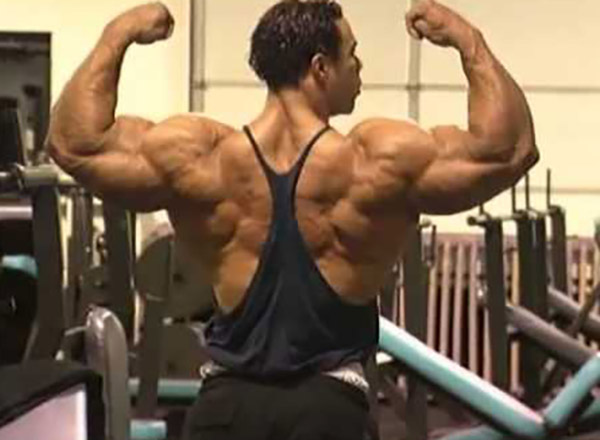 “Champions have the willingness, endurance to go through it and the fortitude to sustain it.” 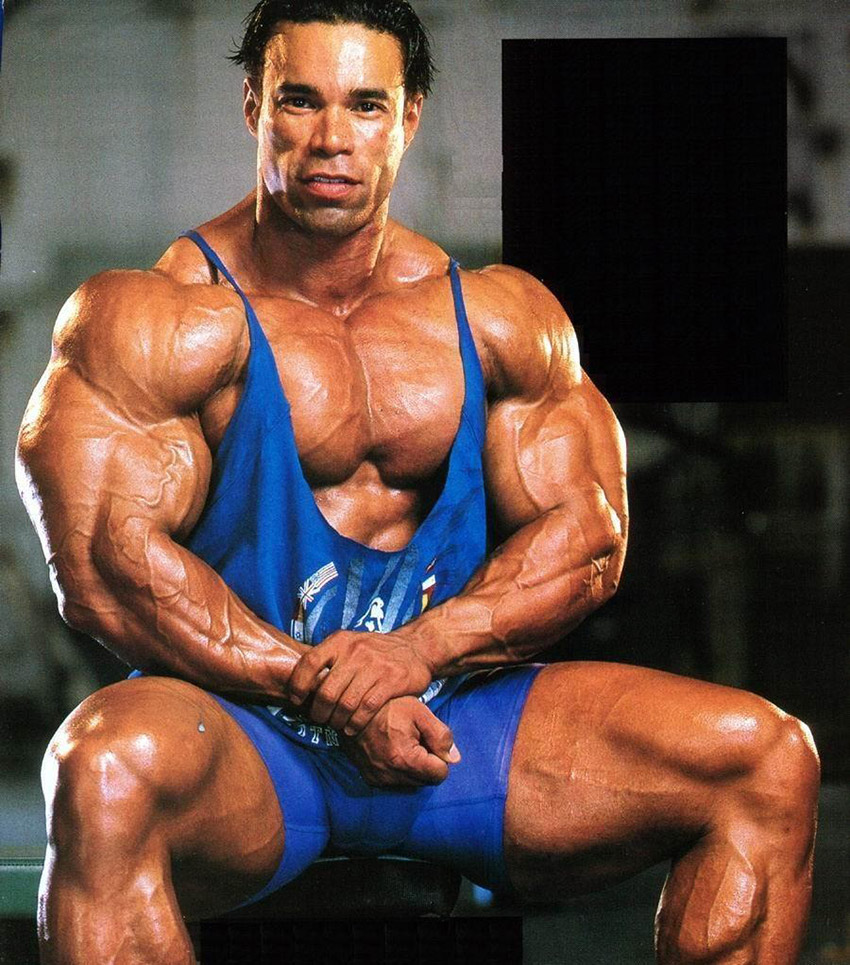 “As long as you never give up, you’ll never lose, no matter how long it takes.”

Kevin was born and raised in Baltimore, Maryland. He was one of six siblings in a family that was raised by his African-American mother and an Italian-American father who both died from an aggressive form of cancer. Soon after the tragedy, some of his other close relatives died of cancer as well.

The unfortunate events shocked Kevin and his siblings, and they had to find a way to recover from the tragedy. Kevin saw an opportunity in bodybuilding – lifting weights was his way out of “the dark place” he was in.

He was concerned about his own health and was worried that he would suffer the same fate as his parents.

He said: “I figured, ‘hey, something’s going on here, I need to stay healthy.’ At the time that translated to me, at my age, to wanting to become strong, perhaps to protect and ground myself, gain some power in an uncertain world. That’s how I dealt with the loss.“

After seeing the condition and shape in which his cousin came back from the military, he was inspired to start taking bodybuilding and diet more seriously.

Soon after that, he started to compete in local shows, but the true test came later when he became an IFBB pro.

Kevin’s professional career started when he was 27, back in 1991 – the year in which he won his first NPC finals. The following year he managed to win Grand Prix Germany, placed 2nd in Grand Prix England, and took home 1st place in Night of Champions.

Several months after he came in 2nd place in Mr. Olympia 1992, an accident occurred. The American was bench pressing 600 pounds, and by doing so, he completely tore his minor and major pectoralis.

Levrone needed immediate surgery to reattach both of his pectoralis muscles. The injury was so severe that it required two surgeries, one of which lasted over 8 hours.

During his recovery from the first surgery, he got an infection which made things more complicated for the American.

Needless to say, he had to take a considerable break from weightlifting, but still managed to do exceptionally well later that year by placing 2nd in the Grand Prix Finland, and winning the 1993 Grand Prix in Germany.

After recovering from the injury, Levrone continued his dominance in bodybuilding by winning many prestigious shows, such as the Grand Prix Spain, Arnold Classic, San Francisco Pro Invitational, Grand Prix England, etc.

He also came in 2nd in many of the other competitions, which eventually made him the bodybuilder with the most Pro Show medals.

Even though Kevin managed to become one of the most successful bodybuilders in the history of the sport, he was yet to win the first place in Mr. Olympia competition.

He won 23 trophies in his lifetime, and even more medals when counting 2nd and 3rd placings, but despite the fact that he was unstoppable during his prime, unfortunate events such as injuries left him craving for the ultimate title in bodybuilding.

Levrone has been a contestant in as many as 13 Mr. Olympias, and by never being able to win the competition he earned the nickname, “The Uncrowned King of Mr. Olympia”.

2003 Show of Strengths Pro Championship was the last show Kevin competed in before he said his competition days were over.

Even though he didn’t officially announce his retirement, Levrone explained that he decided to try something different and that he didn’t have the desire to continue competing at that time.

During the time of his retirement from competing, Levrone did a lot of acting, singing, and playing different sports such as tennis and golf.

The American also launched his supplement line in 2015 and an online training platform in March of 2016.

After 13 years of inactivity in the world of bodybuilding, Kevin Levrone officially announced his Mr. Olympia comeback on May 7th, 2016. His announcement surprised the whole world, and it drew a lot of attention to then upcoming Mr. Olympia competitors.

Levrone’s popularity on social media blew up once he announced a comeback, making him the most popular bodybuilder of 2016.

As for the competition itself, many were amazed by the physique that Kevin brought to the stage. Despite the fact that he placed 16th he was 51 at that point and many agreed that he’d achieved something that no one else before him could.

His legs were not as developed as his upper body, and Kevin explained the reason for that was tendonitis which meant he couldn’t squat and bring the best version of his legs. 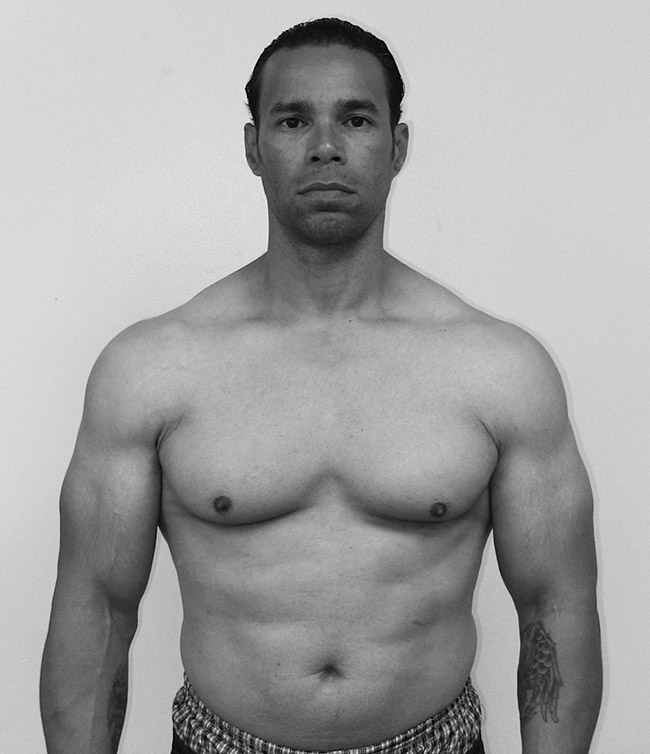 After the Olympia, Levrone said: “With time on my side now, only the sky is the limit”. He stated that he doesn’t think about retirement and plans on competing again.

Even though he didn’t place among the top contenders, many fans and professional athletes rated him as one of the best ever and “the true champion of 2016. Mr. Olympia”. 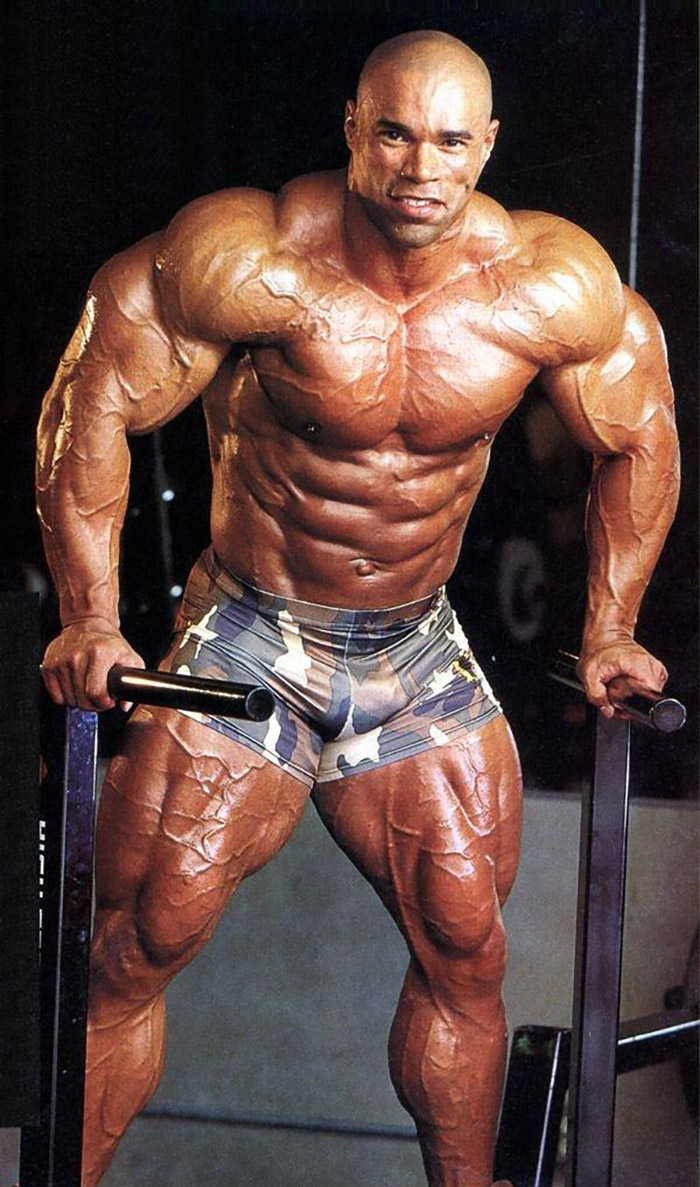 When it comes to his workout routine, Kevin likes to change it often so he can always keep the body guessing.

He also said that “it always depends on the specific goal. But as a rule of thumb, all of my pushing movements are done on one day, and the pulling movements, on another day. You might think that’s basic common knowledge 101, but I get that question more times than I can count. So it bears repeating.“

When it comes to triceps development, Kevin says; “It’s important that you do full movements for your triceps, because locking out is when your triceps work their hardest. Flex and squeeze at the contraction of each rep to hit all three triceps heads.”

Lastly, Kevin emphasized the importance of going heavy with high volume. Low reps are the best option, according to him. He also said that it varies from individual to individual. Kevin advises; “Those lower reps always worked for me. I know other people aim for 10, but I grow by going heavy”.

“Flat bench works the whole chest. Squats hit every muscle in the body. Bent Over Rows will get every single muscle in your back. Three very powerful, very efficient workhorse exercises.”

Although he liked to switch things up in the gym, when it came to his arms, Kevin usually followed the same routine as it proved to be the most efficient way for him to gain size. 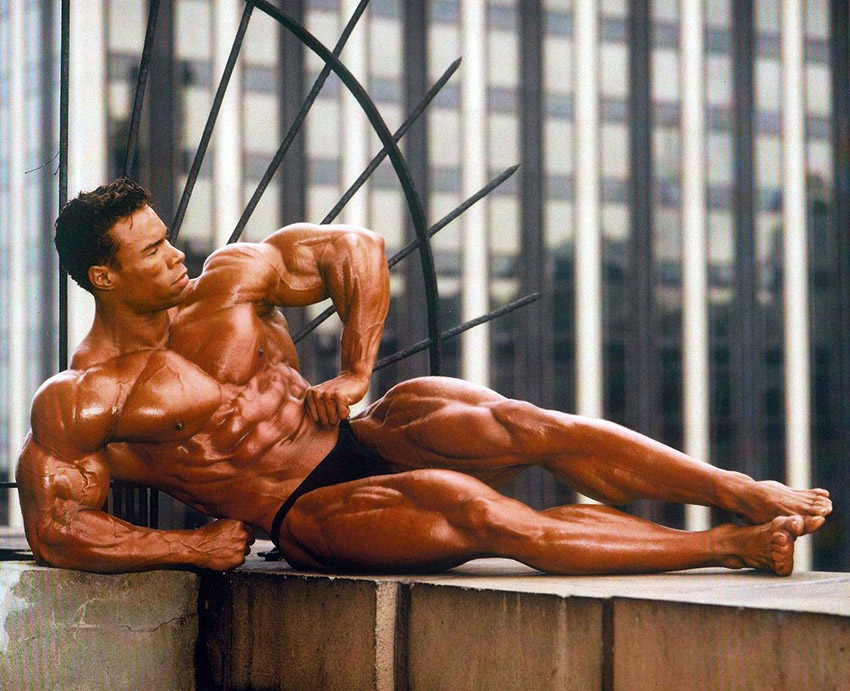 “Stay focused. Good better best never let it rest until your good is better then your best”

Kevin prefers eating a very strict diet, without cheat meals. He’s famous for his “growing into a show” tactic which he used when preparing for upcoming competitions.

He usually didn’t follow the standard bulking and cutting routine that lasted an entire year, but rather grew over the several months before the show.

The American also said: “I hate red meat. My diet is low in carbs, with lots of fish, and chicken. Everything is very clean. I love vegetables and right now I’m cutting. When I’m not cutting I’ll add some sauces and spices into the mix. But right now it’s just whole foods, unprocessed, and clean.“

Kevin’s diet looked like this during his competition days:

Levrone is a firm believer in pre-workout supplements and says they are necessary if an athlete wants to perform at a maximum level in the gym.

“I absolutely recommend an NO2 component for pre-workout. It warms up the machine and gets blood to the muscle. Just be careful you’re not buying garbage. Be careful in general, especially with the premium pro-grade stuff, like mine, because you WILL feel it. I’ll definitely have some food before weight training. Protein and carbs before I lift. Protein and carbs after I lift. For bulking I’ll consume higher calories; for cutting down I’ll lower the carbs.” 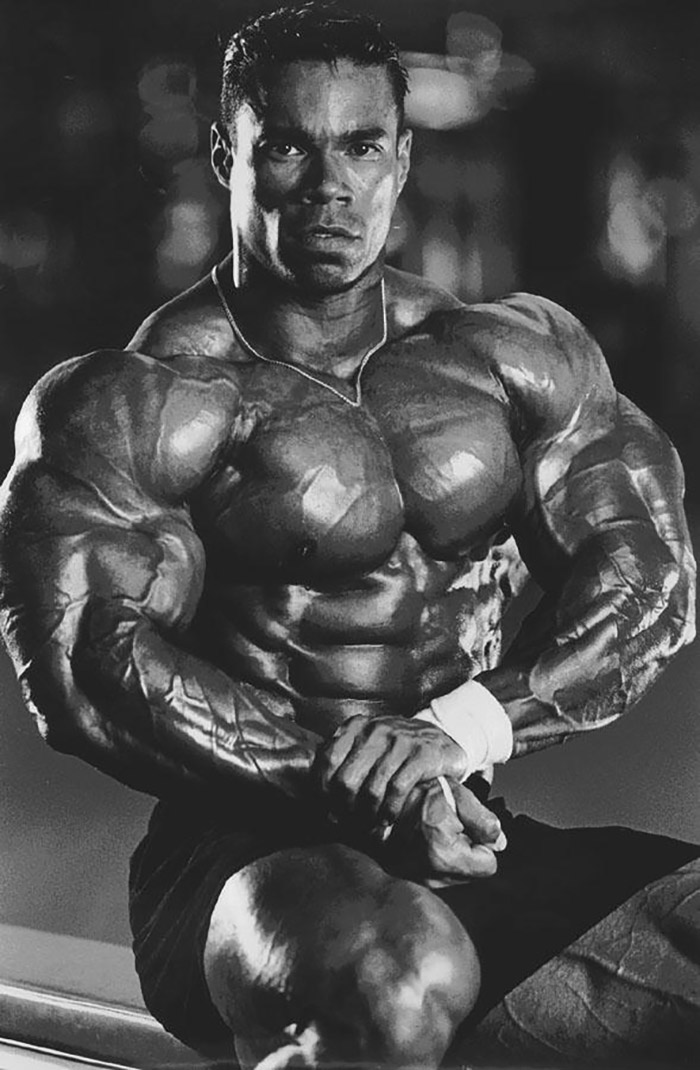 “I don’t know what the future will bring to me, but I want to be ready when it comes.”

Kevin says that he finds inspiration in every bodybuilder because every one of them has their own story and uniqueness.

“Every bodybuilder is extraordinary and contributes something good to the sport. There is something I like about every Mr. Olympia. Then again, some of my favorite bodybuilders are just regular guys, or wheelchair bodybuilders, or female bodybuilders.” 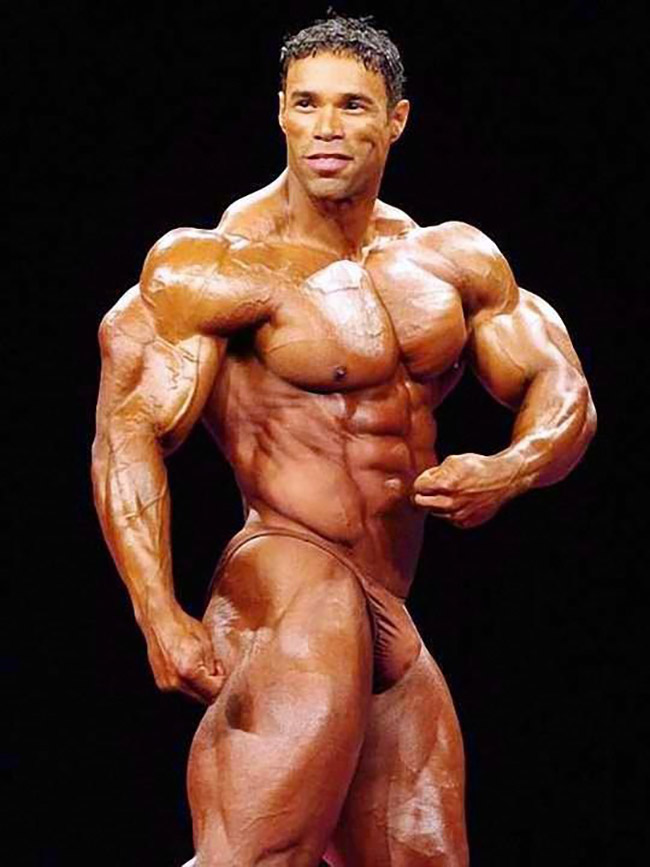 “Obsessed is a word used by the lazy to describe the dedicated.”

What we can learn from Kevin Levrone

Kevin Levrone achieved feats that many couldn’t. Losing his parents at an early age, only to become a bodybuilding icon later on, or making a comeback at the age of 51 to the most prestigious competition in the world, are only some of his extraordinary achievements.

What we can learn from all of this is that almost no matter what obstacle we face, it’s possible to overcome it.

By overcoming adversities in life like Kevin, and not giving up when it’s tough, you too can build your own greatness.

[…] from being his own no1 fan. Gerardo says his favorite bodybuilders are Kevin Levrone, Jay Cutler, and Phil […]

[…] Pro Championships, which featured a strong line-up – including the likes of; Bob Paris, Kevin Levrone, and Milos […]

[…] he didn’t win, he managed to place 11th in a fiercely contested line-up, which included Kevin Levrone, Flex Wheeler, and Shawn […]

[…] more fascinated by the industry, he started to idolize legends; such as Arnold Schwarzenegger, Kevin Levrone, and Dorian […]

Kelvin has always been an inspiration to many.The world over.He has build an everlasting legacy;a true epitome of success.And a golden standard of bodybuilding masterton!

Amongst bodybuilders, he stands out. Not just with his physique, but with his spirit. Kevin Levrone is genuinely one of the sweetest bodybuilders out there, that’s why he has so many fans.