Josh Bergeron is an NPC bodybuilding competitor from Baton Rouge, Louisiana. Josh has been training in the gym since the age of 14. Over the years, he sculpted a strong and muscular body that has gone on to see him become a formidable bodybuilder.

While Josh boasts a well-rounded and strong physique, his biceps stand out from the rest. Throughout the years of training, he built a biceps peak that is not seen often in bodybuilding. There are a plenty of workout videos and pictures of Josh online, showing how dedicated he is to his bodybuilding lifestyle.

Thanks to his awesome physique, Josh has been featured in a number of fitness magazines. He’s also tasted success on the bodybuilding stage, taking a high 3rd place at the 2013 NPC Greater Gulf States. With his impressive physique and results in bodybuilding to match it, there’s still much more to come from Josh. 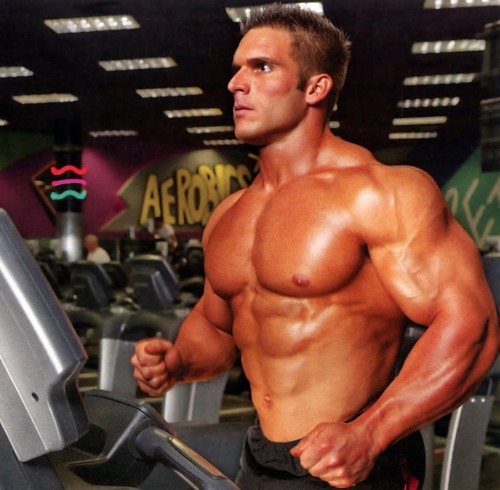 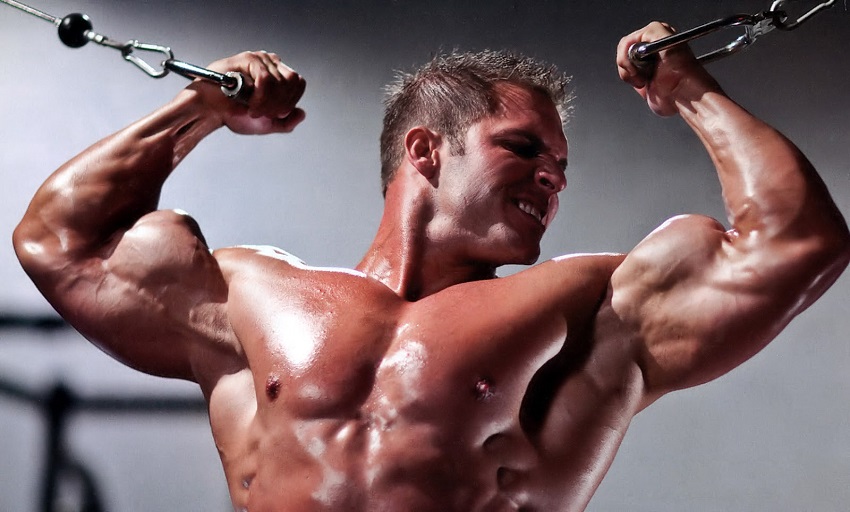 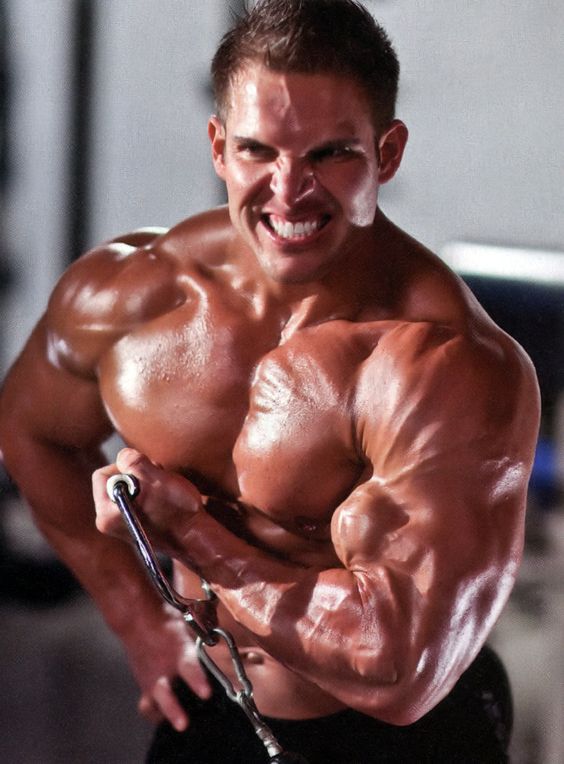 “When working which ever body part I’m on, the key for me is concentration and control. It’s not the amount of weight you can throw around it’s how you control the weight.”

Combining the Old with the New

Josh Bergeron’s physique is a reflection of his innovative training in the gym. He enjoys creating his own workout styles, combining ‘old-school’ exercises such as pullovers with advanced isolation movements.

He trains an average of five to six times per week. His workouts in the gym last about 1,5 hour. His favorite body parts are chest and arms, while his least favorite is shoulders. Josh’s shoulder workouts get so intense that “its almost painful.”

He also integrates methods such as drop-sets, supersets, and forced reps to maximize muscle growth. Additionally, Josh often shortens his rest between the sets to keep his heart pumping. This way he does both cardio and strength training at the same time.

However, although Josh trains heavy, his main focus is on his form and muscle contraction. If needed, Josh will sacrifice the weight to have the best possible form. He said;

“I see tons of people trying to lift maximum weight and breaking form, taking the force off of the targeted muscle. That’s pretty useless.” 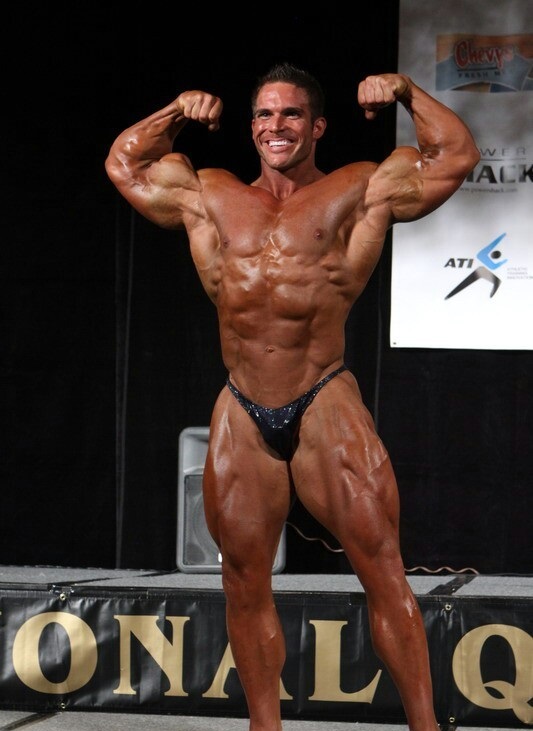 After he’s finished with hamstring curls and lunges, Josh moves on to another superset. This time, he does 10 reps of heavy wide-stance squats supersetted with 20 reps of narrow-stance squats. While the wide squat works on Josh’s glutes and hamstrings, the narrow stance puts the most emphasis on his outer quads.

Afterwards, Josh does 4 sets of walking lunges, followed by 4 sets of leg extensions. His rep range is 15 in both exercises. His last exercise is heavyweight standing calf raises.

Standing with his toes pointed out and heels in, Joe squeezes his calves at the top and stretches them at the bottom. “I do 10-15 reps that way, then while still standing on the platform but with no weight turn my feet the opposite direction toes in heels out and burn up the calves with 25 reps,” says Josh. 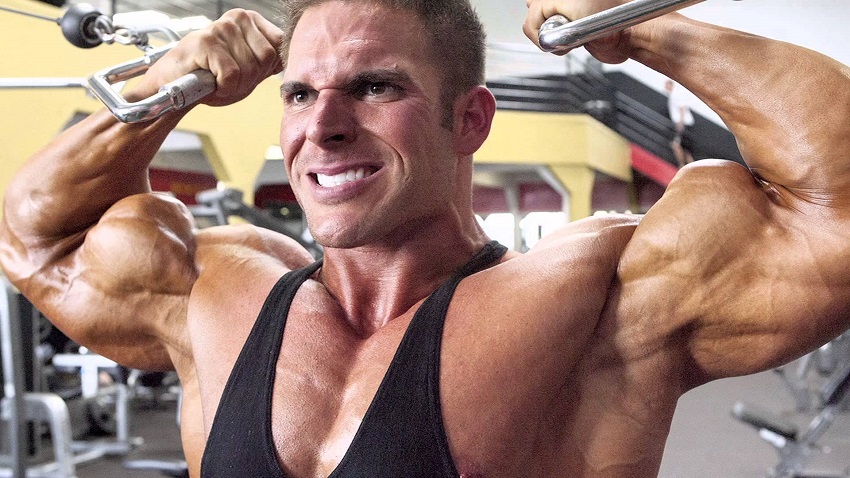 Josh’s biceps workout beings with laying cable curls. He does 4 sets of 12 reps in this exercise. “Basically it’s starting with a cable machine from the top position with a re-curved bar attached and a flat bench, with one end of bench close as it can go to the cable itself.” – Josh Bergeron

Laying flat on his back, Josh starts with his elbows locked out, then slowly curling the cable towards his forehead. He’ll keep his biceps contracted for a second or two, before slowly locking his elbows out again. Josh’s advice for lying cable curls; “The key to this exercise is to squeeze the entire contraction of this movement.”

After he’s done with cable curls, Josh moves on to dumbbell concentration curls. In this exercise, he doesn’t put too much focus on the weight. Instead, he likes to keep it light and go for the ‘pump.’

Starting with his elbows fully locked out, Josh will come up slowly, twisting the dumbbell once he reaches the top. From there, he’ll slowly return the dumbbell to the starting position, while keeping the tension on his biceps. He’ll do the exercise alternating his arms, totaling 4 sets of 15 reps each arm. 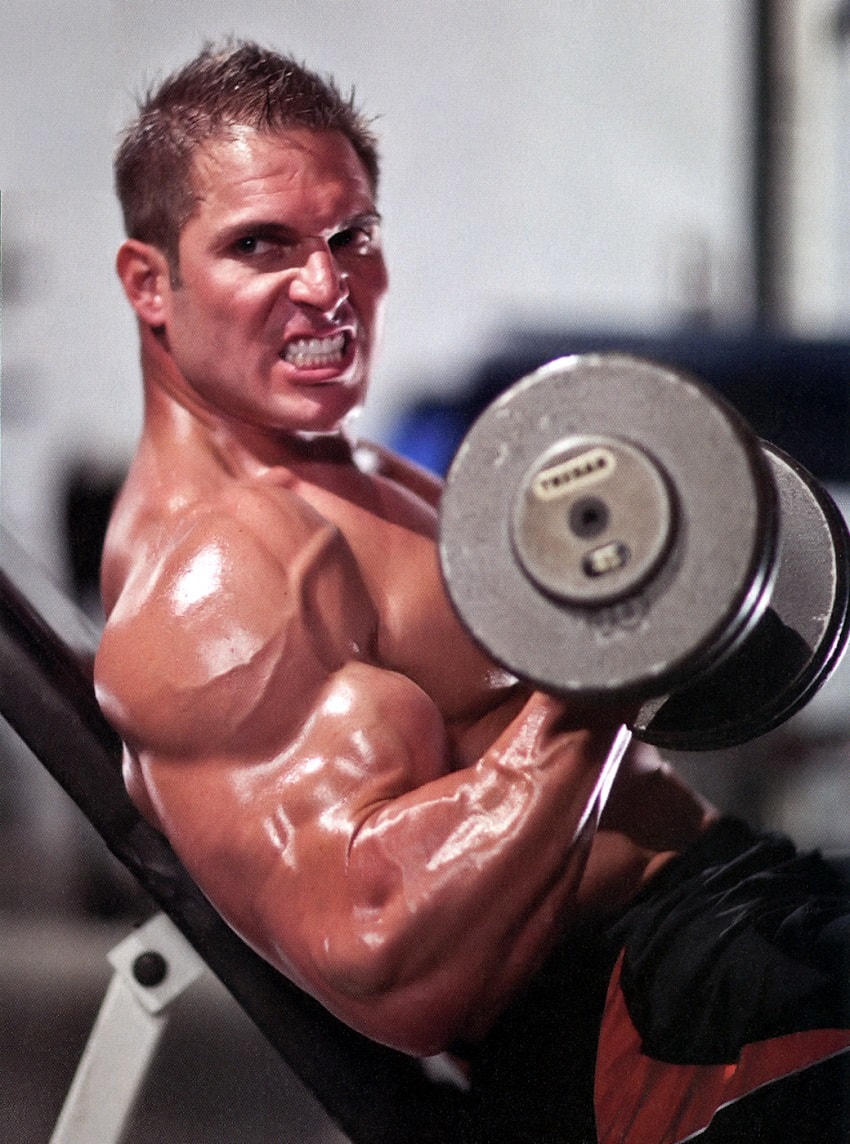 When there’s a competition coming up for Josh, he’ll make a few slight changes in his diet. First off, he’ll reduce his calories from carbs and fats. This gives him more room for increasing his proteins, which are important to maintain his muscles during a cut.

Secondly, Josh will increase his water intake. While usually, he drinks around a gallon of water a day, during pre-contest he’ll drink around two gallons. Lastly, he’ll eat more vegetables to keep him full throughout the day. 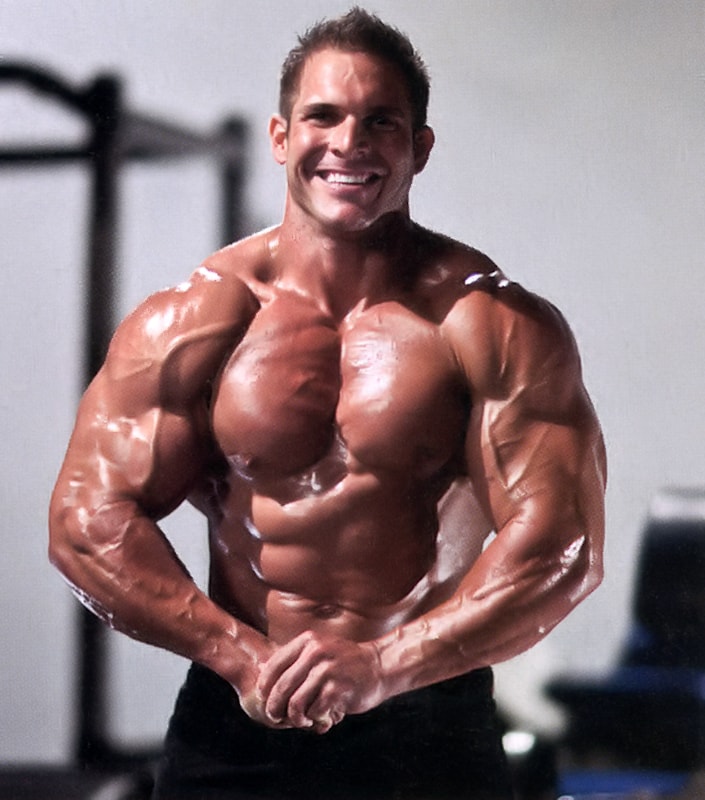 Josh doesn’t take too many supplements, he only uses whey protein to meet his daily protein goal. The only exception to this rule is when Josh’s competing – during this period, he’ll take BCAAs and fat burners to help him preserve muscle and burn fat faster. 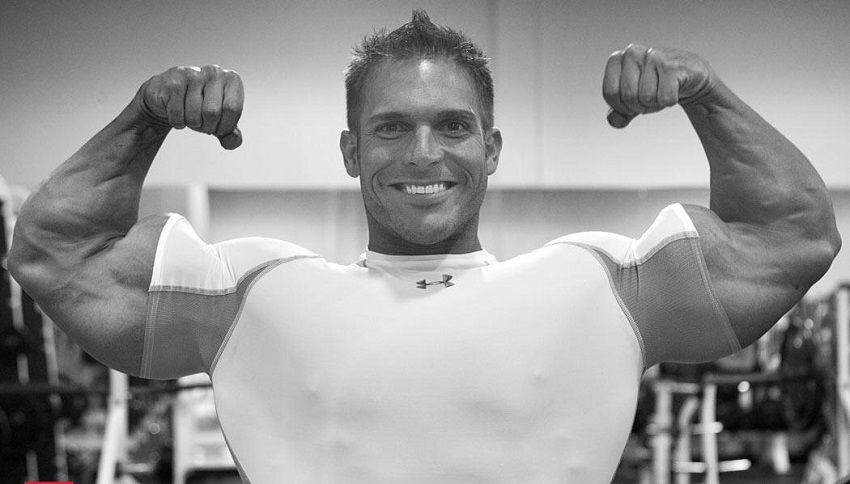 What we can learn from Josh Bergeron

Josh Bergeron is known for having one of the most impressive biceps in the industry. His chiseled physique and popping biceps are a proof of what can be achieved with years of dedication to bodybuilding.

It took him a lot of patience, hard work, and the right mindset, but he made his ambitions into a reality. With a similar attitude and passion for bodybuilding, you too can make your goals happen – just like Josh Bergeron.

Two gallons of water?! That sounds like a lot. But he really is on another level in the bicep game.

Do josh do personal training in the Baton Rouge area.