Jose “The Boston Mass” Raymond is an IFBB professional bodybuilder from Massachusetts, USA. He’s well-respected for his size and strength, which has taken him to the Olympia stage on a number of occasions.

Jose didn’t have an ideal start to life and was orphaned with his 7 other siblings when he was young. He ended up in a great family with his brother Tito – lifting weights to vent stress and becoming obsessed with bodybuilding.

After delving into the world of bodybuilding competitions as a young adult, he qualified for professional status 4 times – accepting his pro card in 2009. From that point on, Jose chased his dream to be the best in the sport.

Fast forward to today, and Jose has built a career for himself as a professional bodybuilder. The initial passion never left him – allowing him to build an internationally famous physique. This is his story: 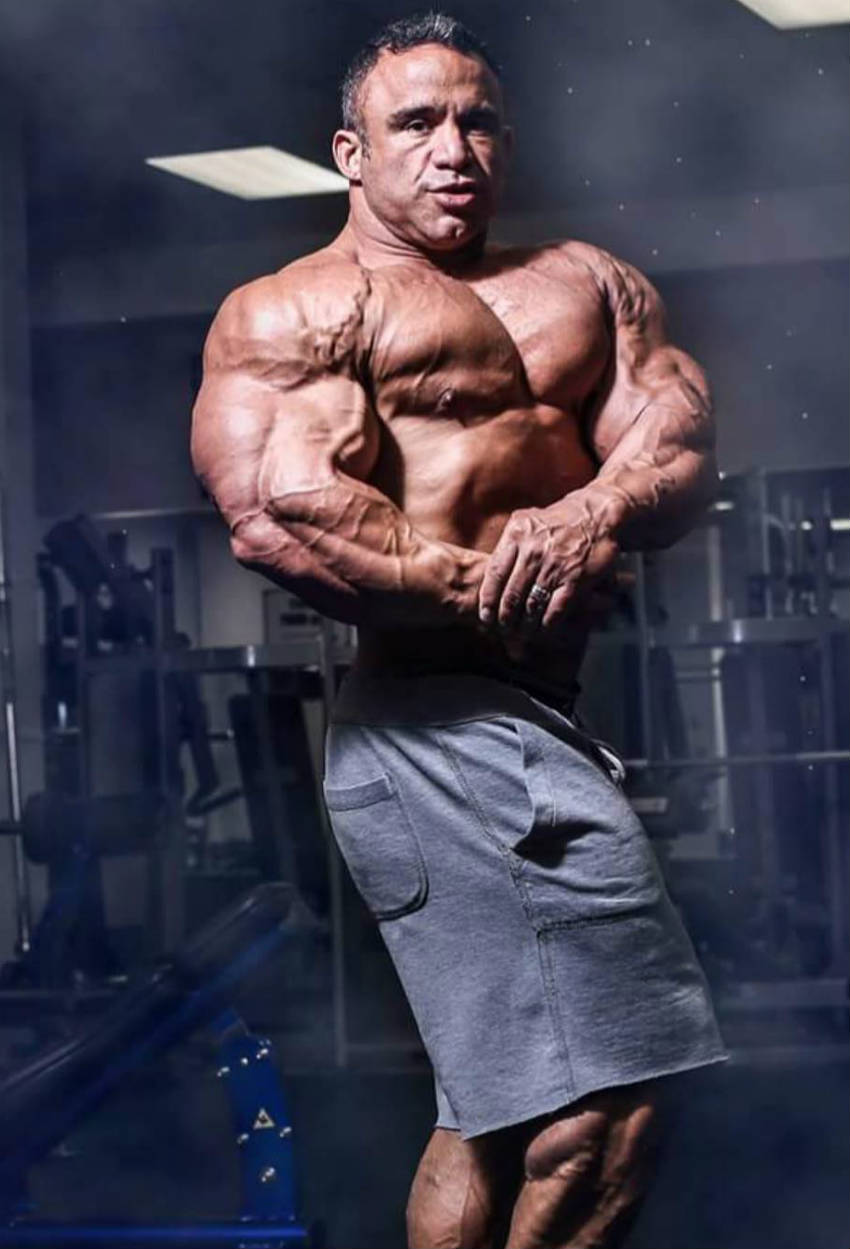 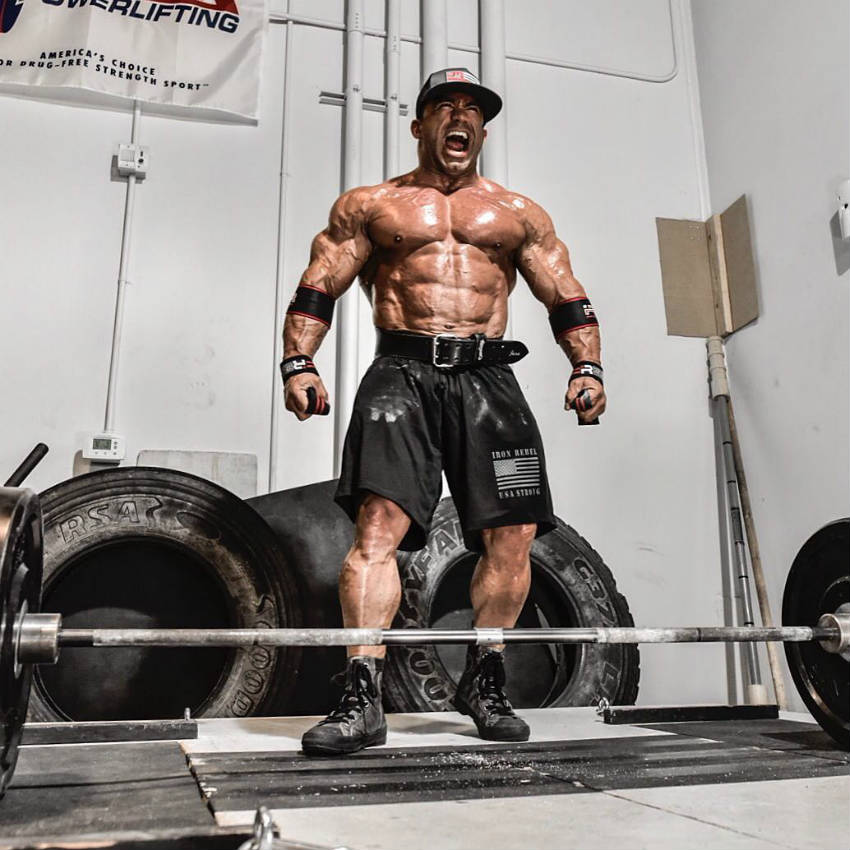 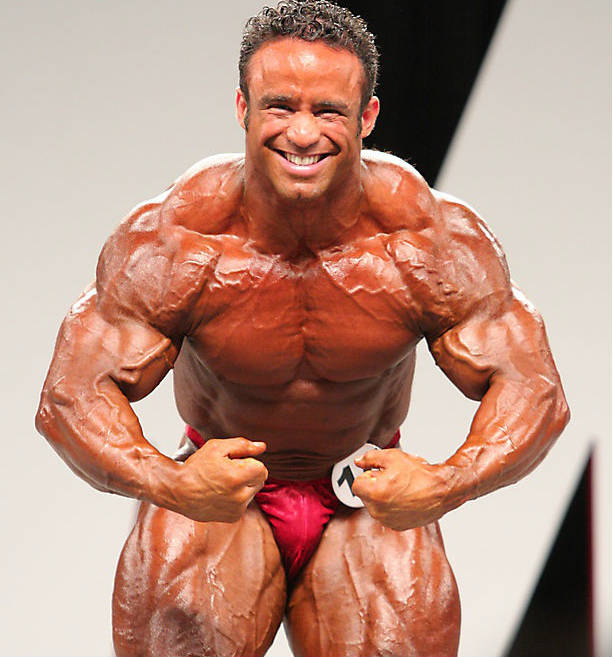 Jose was born in 1974 in Boston, Massachusetts. He is the youngest of 8 siblings who were all taken away by the state. He and his brother Tito were adopted by the Raymond family in Wakefield, Massachusetts, and they had an extremely happy childhood.

Both he and his bother excelled in sports at school. They would play everything from soccer, football and wrestling, to baseball and track. Their social worker at the time suggested that they could burn off some stress by lifting weights.

After giving it a shot, Jose took to the sport immediately and loved every aspect of it; the lifestyle, the techniques and the nutrition.

Starting To Work Out Regularly

As he entered his sophomore years in high school, he was lifting more than anyone else in his school – benching 315 pounds on a regular basis. Around this time, he was actually pulled out of class and tested for steroids, as his gym teacher didn’t believe that any teenager could lift that much weight naturally.

This event showed Jose how much of an issue steroids were in bodybuilding; from that day forward, he decided to commit to a natural approach.

When he was 18, his brother Tito convinced him to try and win the New England Bodybuilding Championships. He ended up pulling out a win in the teenage division and loved every minute of posing and showing off his muscle- gains.

He says , looking back at the show, that there were probably just a few hundred people at the event, but it felt to him like there were “a few thousand.” For him, this was the adrenaline rush he was looking for; he was hooked.

In 1998, Jose started competing at major shows. His first was the NPC Team Universe Championships, where he came in 11th place. For Jose, this wasn’t enough, so he came back the next year with the intention of winning the same show.

In the 1999 show, he landed an excellent second place behind the accomplished bodybuilder Derik Farnsworth. While he would’ve liked to have taken the top-spot, he was proud of his performance. He saw the improvements he was making and was inspired to push harder. 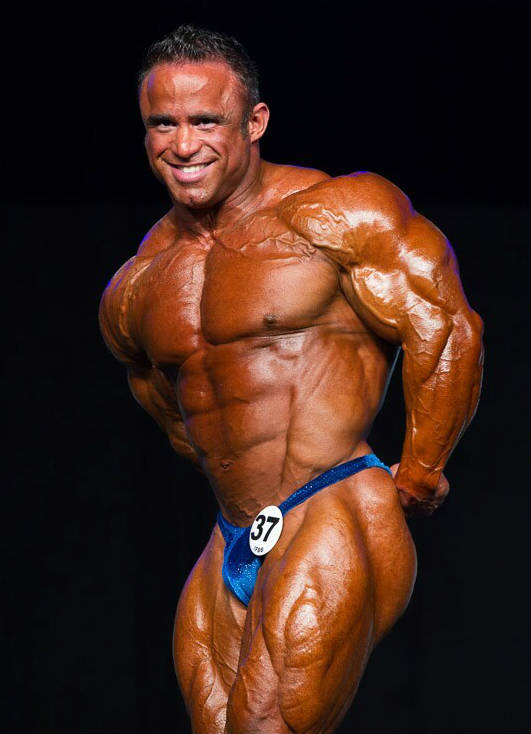 In the 2000’s, Jose aimed to begin climbing the pro ranks. He won the 2000 NPC USA Championships easily, qualifying for his pro card. From 2001 to 2009, he actually qualified for pro status four times.

He became the only bodybuilder in the history of the NPC shows to qualify for pro status in three weight classes, (Lightweight, Welterweight, and Middleweight). He finally accepted his pro card at the 2009 NPC USA Bodybuilding And Figure Championships, before taking a 2nd at the IFBB Atlantic City Bodybuilding, Fitness & Figure Championships.

Competing At The Olympia

In 2009, Jose was entered into the ‘Pro 202 and Under’ category of the Mr Olympia weekend. He went on to take a 6th place at this show – proving that he had the physique required to stand with the best in the business.

He followed this success up with a fourth at the same contest a year later. After this, he won his first IFBB professional show – the Europe ‘Battle Of Champions’. At this stage, Jose became absolutely dedicated to his dream of winning the Olympia. 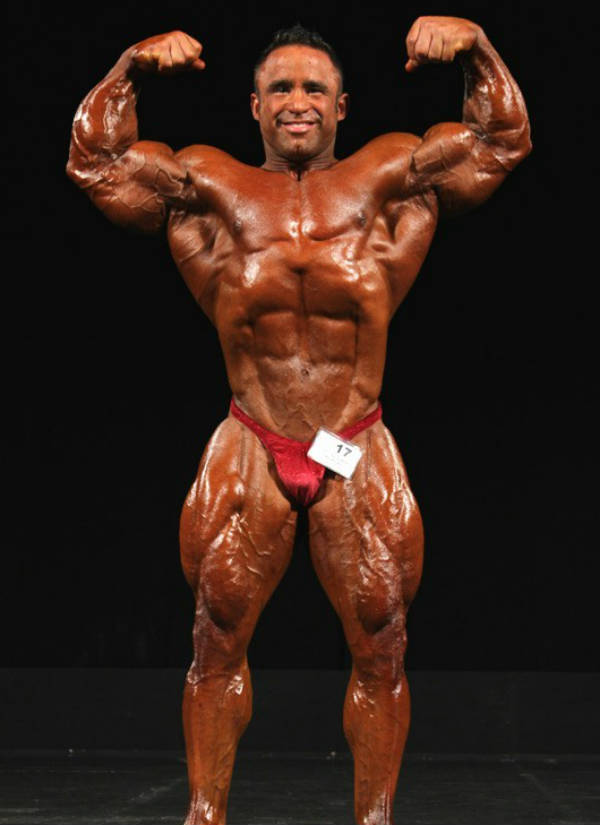 “For years and years, I never liked flyes because I couldn’t figure out how to get the right feeling in my pecs from them. But I persisted and mastered them, and now I love flyes.”

Jose focuses on hitting his shoulders as hard as possible. The deltoid muscles are some of the most important in the body for weight lifting. They are used in a variety of important exercises, from the bench press to the upright row – so Jose values his shoulder strength highly.

Many bodybuilders choose to stop at one or two exercises for shoulders, but Jose spent most of his career neglecting his delts. He believed that the bench press would cover his shoulders well – and for a while, it did.

Ultimately though, he began to understand how important the aesthetic of the shoulder was for professional competitions. Because of this, he began to introduce the exercises below.

The seated barbell military press is the first exercise in Jose’s shoulder session. He says that this movement is his “bread and butter” choice, placed at the beginning of the workout as it hits the muscles hard early on.

He places his hands narrower than usual, with the intention of targeting his front delts. His brother Tito mentioned in an interview that he has seen Jose go up to 315 pounds with sets of 12 on this exercise, so it much more than a warm-up choice.

Dumbbell lateral raises are another extremely important exercise in Jose’s routine. Rather than bringing the dumbbells up to ear height (a common option for many,) he stops the movement before his traps begin to takeover.

He wants to feel the burn in his medial delts (middle part of the shoulder) only – valuing the rare opportunity to isolate this area.

Hammer Strength Behind- The- Neck Press

The hammer strength behind-the-neck press machine is an assault on Jose’s body. He lets his elbows come forward slightly, and presses the huge weight forward – choosing not to lock out the reps so that he can maintain the tension on his delts.

His brother says that he has seen Jose lifting massive amounts of weight without a spotter. He completes sets of 12 with 135 pounds, 225 pounds, 315 pounds then 405 pounds of iron plates. 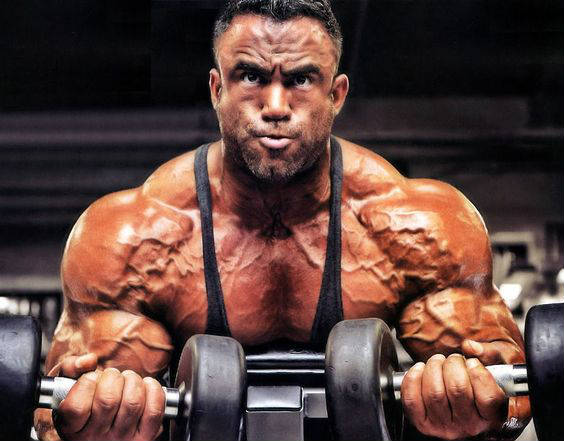 When he is approaching a show, Jose likes to include a front raise exercise. His front delts are worked very hard in a number of other pressing exercises, but he likes to isolate them to improve their tone.

When he includes the movement, he uses barbells, dumbbells or a 45 pound plate which is a difficult movement to complete.

While the front raise is optional, he never neglects his rear laterals. He says that he has “messed around” over the years to find  an exercise that worked for him the best.

As a result of this, he decided to develop his own dumbbell movement which looks like a cross between a standard rear lateral raise and a two-arm dumbbell row. When he discusses the exercise, he says that “nobody should just accept that there’s one way to do an exercise that’s perfectly suited to everyone’s particular structure.”

Jose’s structure is indeed a unique, and the 600 pound shrug to finish the session shows just how hard he works to build his body. He includes the shrug when he hasn’t been deadlifting that week, as he doesn’t want to increase his trap size too much.

Jose doesn’t stay on the same routine for too long. He values changing exercises regularly, in order to stimulate new areas, as opposed to sinking into a rhythm. 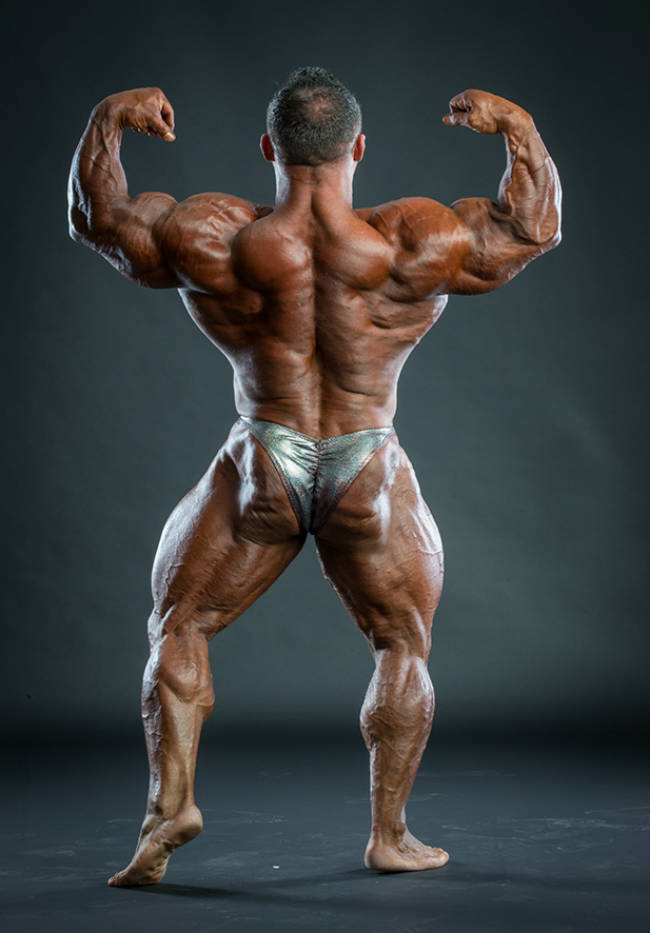 In the off-season, Jose loves to eat as much food as he can. He increases his carbohydrate intake massively, adding a lot of sweet potatoes and brown rice to every meal.

His meat choices remain the same year-round; he loves to eat chicken, turkey, beef, steak and bison. Protein is vital for his muscle gains, so he makes sure to include around 8 eggs for breakfast everyday with lean bison and ground beef.

Sometimes, after Jose’s egg and bison, he eats cream of rice with sugar-free golden syrup, oats and sugar-free jam.

In contrast to the off-season carbohydrate binge, Jose focuses on protein based meals with limited carbs before competing. He still eats his eggs and bison in the morning, but doesn’t include oats or other carbohydrate sources.

Joe also loves to eat fruit during this period, to give him some added energy in the gym. He eats a variety of options such as banana, papaya and melon. 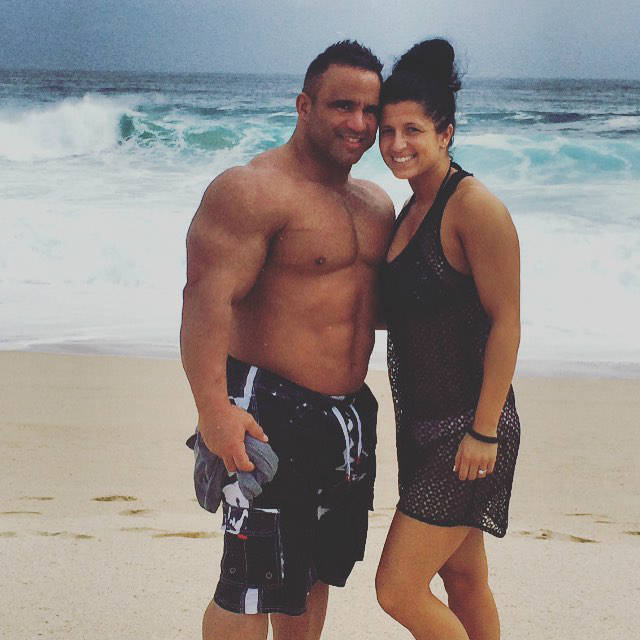 Jose’s wife is a fitness model herself, so she loves to help him with his meals prior to competing. She can often be found in a hotel room near the competition venue, cooking food for Jose while he poses with his coach and entourage.

Alongside his wife’s love and support, he values the partnership he has with his brother Tito massively.

“Tito wasn’t just a brother to me growing up. He was my best friend, my protector, and I would even go so far as to say a father figure in some ways. People from our old neighborhood say they used to see him when he was only 5 or 6 years old carrying me around when I was just a baby, everywhere he went.”

“If Tito had taken bodybuilding as far as he could have, he probably would have been about 225 or so but would look much bigger. He always had the better overall shape and structure out of the two of us. I see Ronny Rockel now and I think that’s pretty close to how he would look if he had wanted to.” 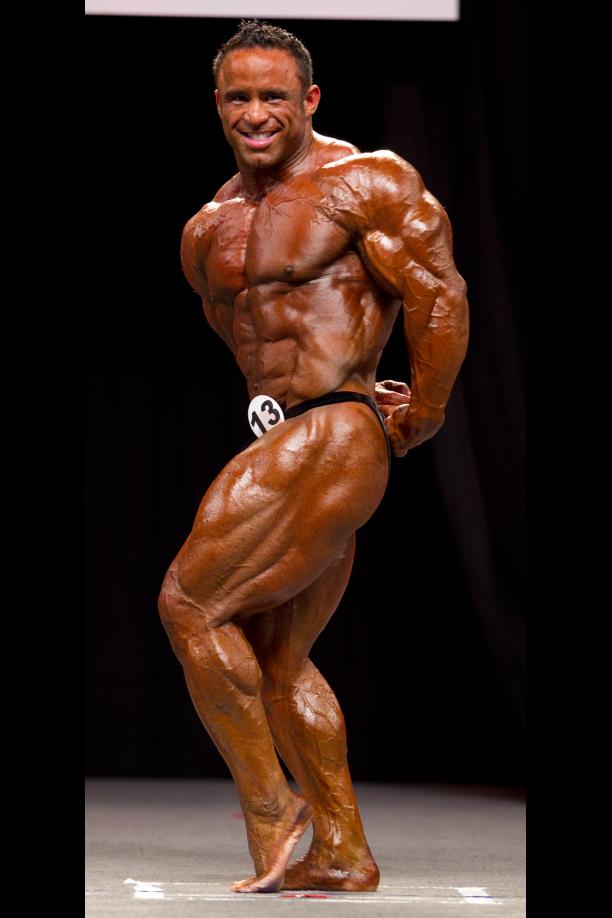 What we can learn from Jose Raymond

Jose’s story shows how important passion is in the fitness journey. He has loved lifting weights ever since his social worker decided he could hit the gym to vent stress. Since that day, he hasn’t put the weights down.

His professional career – which has seen him stand on the Mr Olympia stage several times – is a testament to this dedication.

You forgot to mention that he is one of the nicest human beings a person could ever meet! Way to go Jose!