John Jewett is a professional bodybuilder, powerlifter, nutritionist, and training coach from the United States. He’s been named the World Champion in powerlifting several times, breaking 12 world records in the sport.

Starting his journey as a teenager, John’s fascination with ‘old-school’ bodybuilding and powerlifting saw him become one of the strongest, and biggest individuals in his high school. By the time he enrolled in college, John broke several world records; achieving a combined total of 1820lbs for the bench press, squat, and deadlift.

Later, during college, John transitioned into bodybuilding, with a goal of building an aesthetic frame. Through years of hard work and dedication to his diet and training, John built such an impressive physique, that he decided to test it out on the bodybuilding stage.

John has since become an esteemed training coach, nutritionist, and professional bodybuilder; winning his Pro Card in 2016, at the NPC USA Championships. 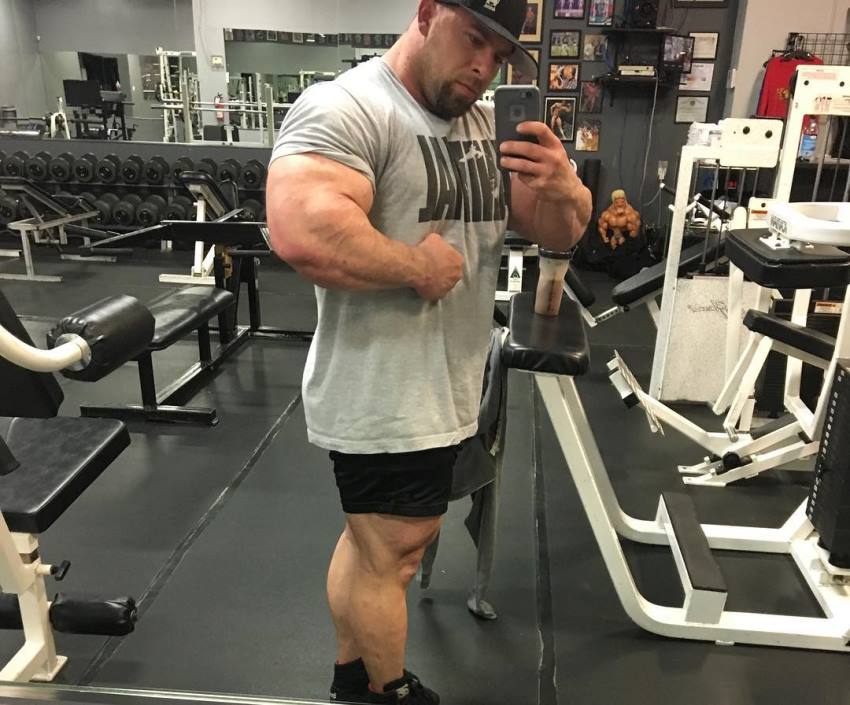 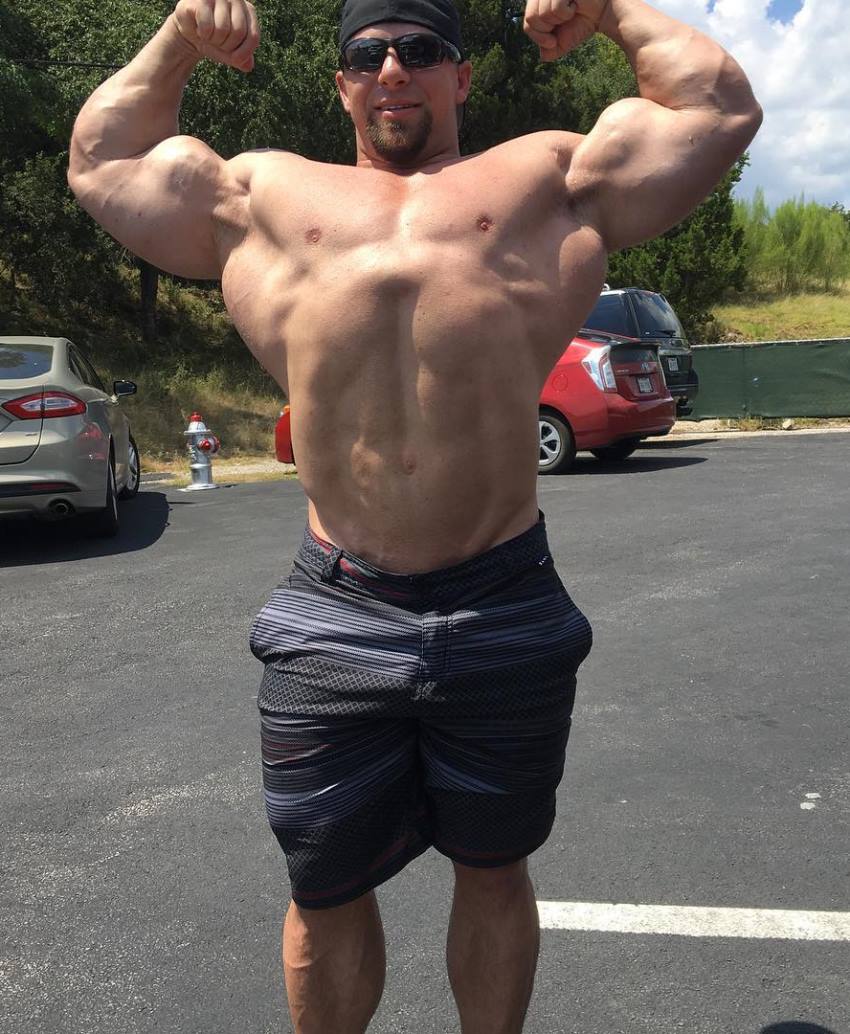 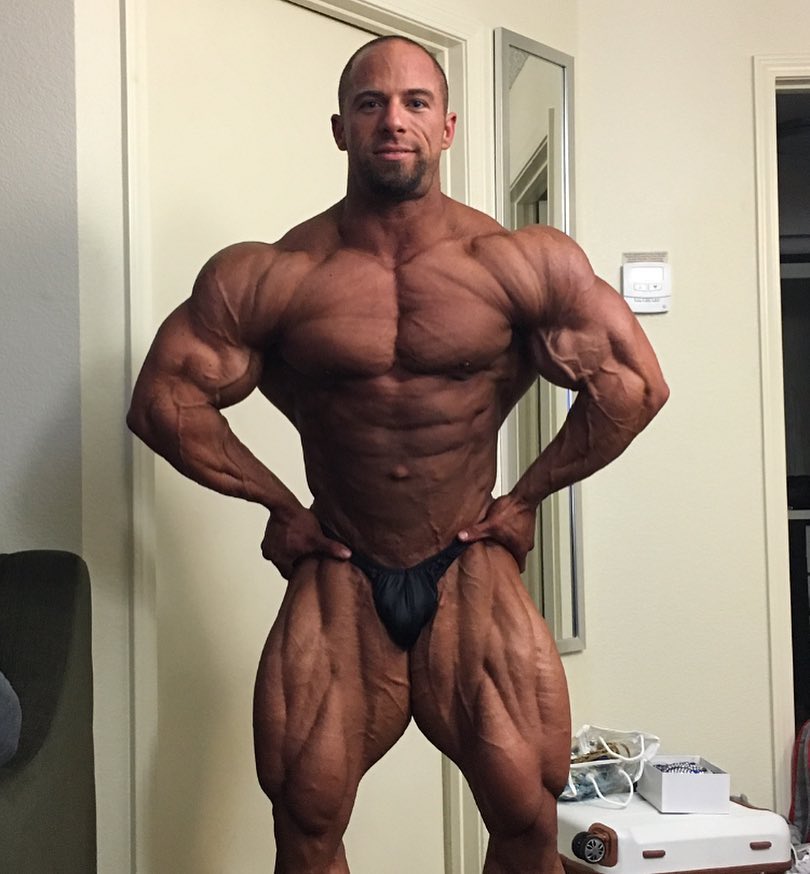 Taking a particular interest in Tom’s massive legs and Arnold’s impressive pecs; John decided to embark on a weight lifting journey himself – aiming to emulate his idols.

Believing that powerlifting is the best way to build strength and size, John started researching the sport. Following a strict powerlifting diet, combined with lifting plenty of heavy weights, took John from skinny 135 lbs, to 185lbs throughout high school.

“I researched every aspect of the sport in order to be the best I could be. At that time, my diet consisted of just trying to eat as much as possible. I usually had two 1,000 kcal shakes a day, one in the morning and one before bed.” – John Jewett

After years of rigorous training; John became so strong and good at powerlifting that he started participating in major competitions across the USA, and beyond.

His record lift was the bench press, where he achieved an astonishing 706 lbs. 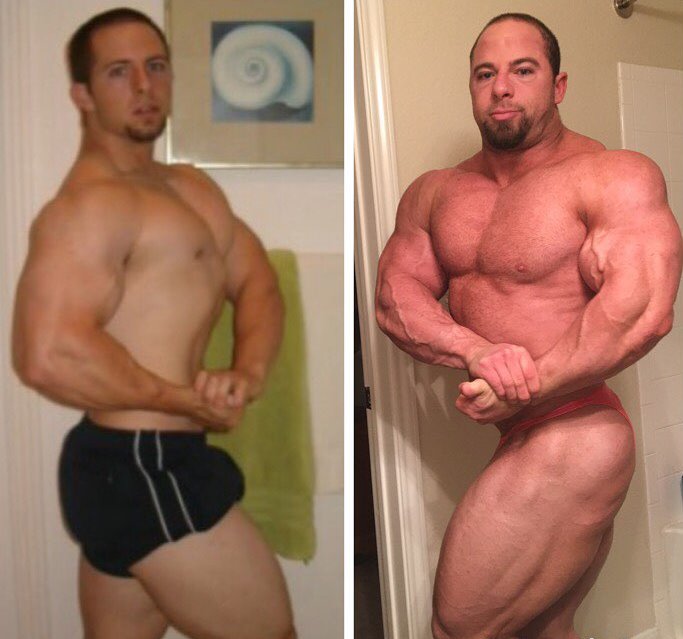 While he enjoyed a successful spell at powerlifting, John was never truly satisfied with the way his physique looked. Although he would lift incredible numbers in the bench press – he felt that his chest looked small and “deflated.”

Eventually, he realized that it’s not just about the numbers he lifted – but it was also about how he trained.

During college, John gradually transitioned from powerlifting to bodybuilding; performing exercises which are more hypertrophy oriented.

Instead of doing 3-5 reps like he did in powerlifting, John started hitting an 8-12 rep range.

In addition to this, he also changed his nutrition; carefully watching his macronutrient and caloric intake.

As a result of these changes, John’s physique ‘exploded’ into growth. His numbers in lifts were still big, but he also achieved an aesthetic and proportional physique in the process.

Although John stopped competing in powerlifting contests, he was eager to step on stage as a bodybuilder.

As a result, he decided to compete in bodybuilding competitions; taking part in his first major show in 2012, at the NPC Lackland Bodybuilding.

Impressively, the American was able to win his debut show. He says this gave him the motivation to continue competing in bodybuilding contests, and become a world-class bodybuilder.

He achieved his Pro Card 4 years later, after winning the 2016 NPC USA Championships – fulfilling a long-term ambition in the process.

John Jewett’s Life as a Professional

John made his professional debut the same year he won his Pro Card (2016); finishing in 5th place at the IFBB Europa Phoenix Pro. 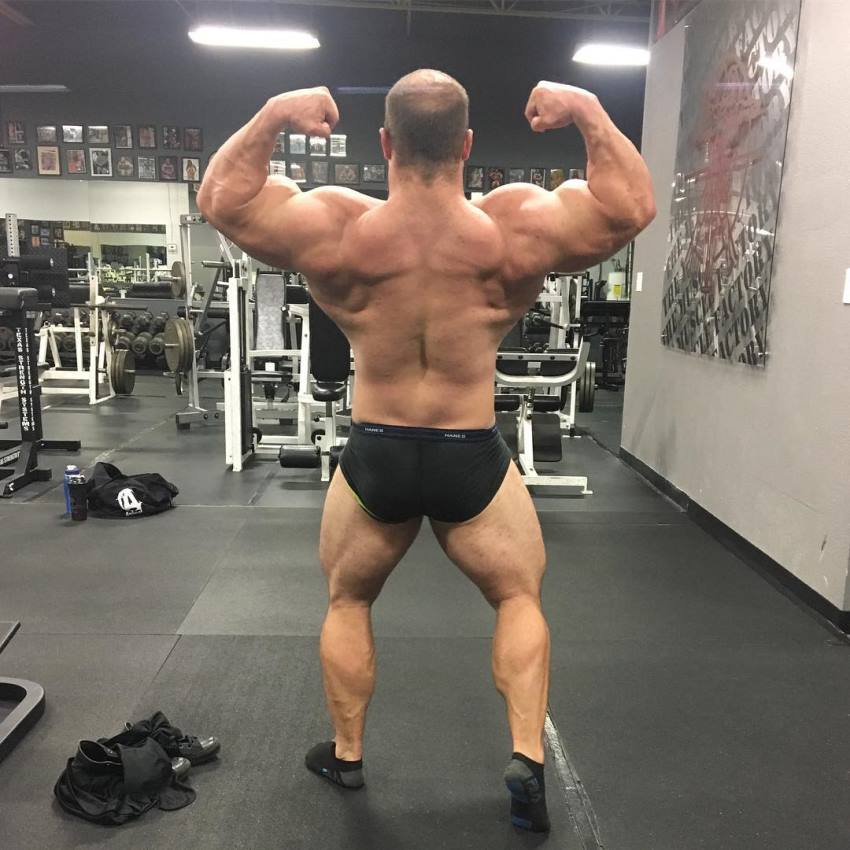 “As a teenager, making my own weight gaining shakes was one easy money saving idea. I ground oats in my coffee grinder and used that for my carbohydrate source.

For protein, I used the cheapest whey concentrate powder I could find, and I used light extra virgin olive oil for my fat source. If it was post workout, I would dump sweet potato baby food in my shake for some extra calories.”

As a teenager, John had a problem with growing his pecs. No matter how much he would bench, his chest just wouldn’t grow.

“I assumed by the time I added some major poundage to my bench press I would have pecs that would make Arnold do a double take. Sadly, I was let down by my young expectation. At my powerlifting prime, I was benching 700+ lb in a single ply bench shirt and 500 lb raw, yet my pecs still looked deflated.”

Eventually, John realized growing his chest came down to several factors, and they were; 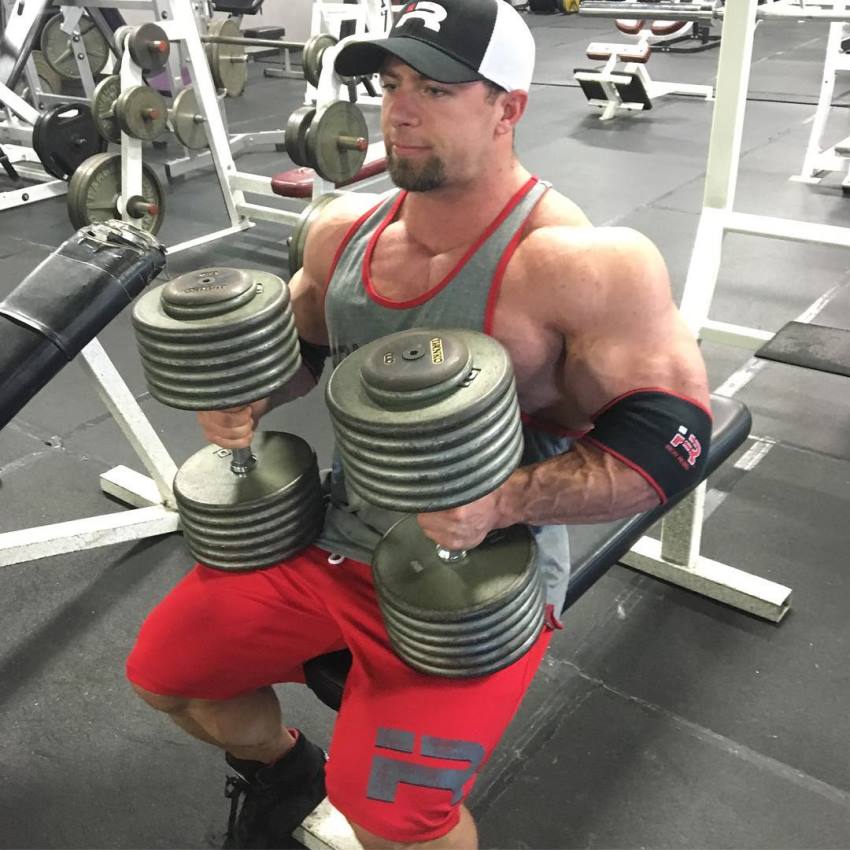 John recommends squats to everyone who is healthy and doesn’t have any injuries. He says, this is one of the best compound exercises, which, not only builds an incredible amount of strength – it also brings a lot of size.

One of John’s favorite types of squats is front squats. He believes they are especially good for strengthening quadriceps.

However, if your goal is to strengthen the glutes and hamstrings, John advises going for the regular, barbell back squat.

Lastly, John said that if doing squats is not possible, then hack squats are a great alternative. He believes they are better for hip flexors than regular squats, and they also don’t stress the stabilizer muscles; thus significantly decreasing the risk of an injury. 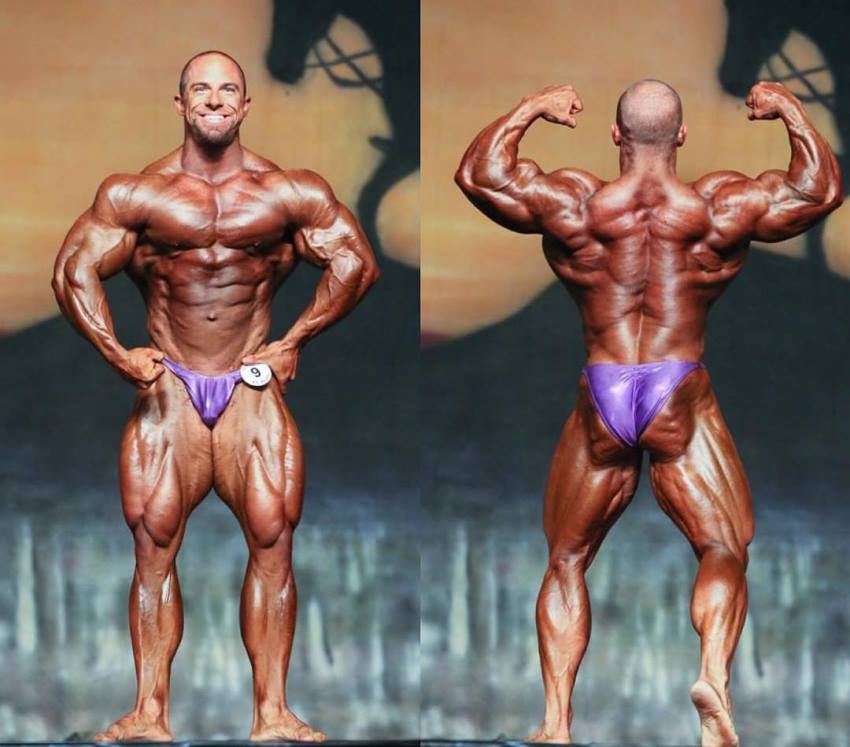 Adapting the Diet to his Goals

In his powerlifting days, John would consume almost anything that was high in calories. His only goal during that period was to get bigger and stronger.

However, as he transitioned to bodybuilding, John started tracking his calories and macronutrients. This was necessary in order to him to get in a top shape for a contest. 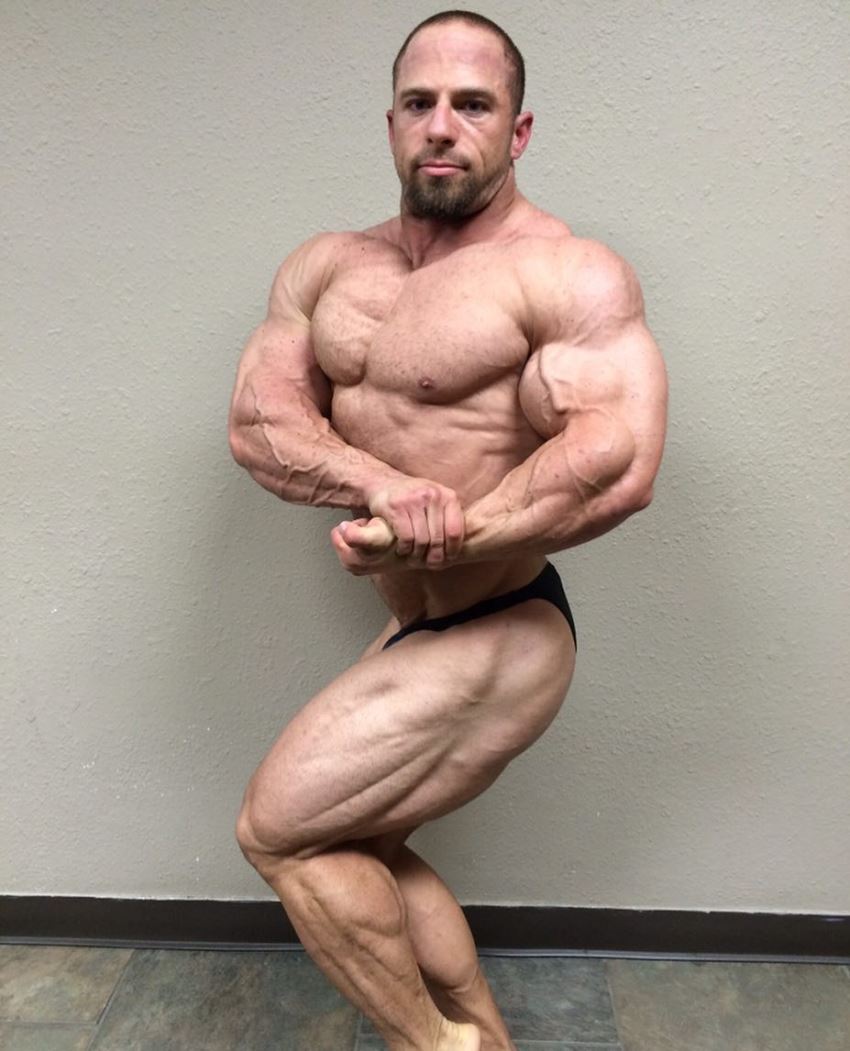 John’s main inspirations in bodybuilding and powerlifting were Tom Platz and Arnold Schwarzenegger. 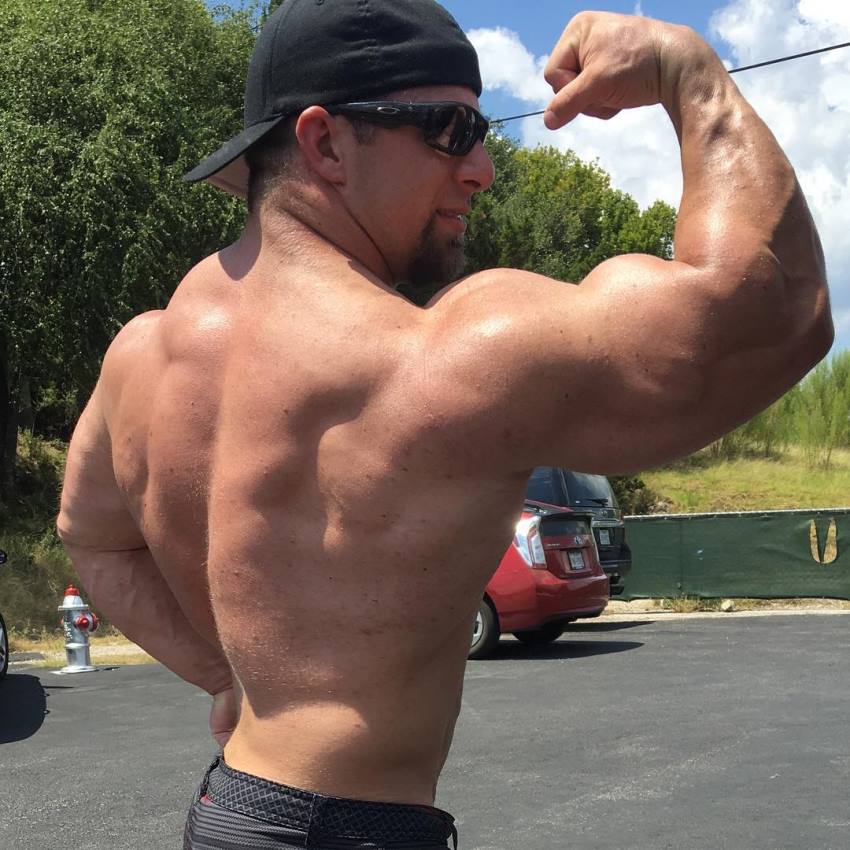 “Effort is the main predictor in reaching your full potential. That moment in a hard set when you want to quit, but instead you bite down and keep smashing the weight like tomorrow isn’t coming. That’s what builds champions, that’s what builds the best you.”

What we can learn from John Jewett

John Jewett’s story is a great example of how being focused on your goal can bring you a lot of success later down the road.

During high school, John’s main goal was to become a strong and successful powerlifter. With his work ethic, and incredible focus, he turned his goals into reality.

He achieved the same in bodybuilding; carving a path towards success in the IFBB world through his hard work, and dedication to his goals.

If there’s one thing we could learn from John’s story, it would be that being focused on your goal, and working hard towards it, will eventually bring you the results you want.

John, did U get my comment from yesterday? We hope to be at Tinley Park Convention Center to meet you and cheer you on at least on the 4th of July. We are too poor to stay the whole time, tho”. We’ve plans to hold 18 rallies during the noon hours in 18 IL cities Juky 1-20 to kick off my camapaign for US Senator from Illinois for 2020-2026 as a Po-Life, Pro-Working & Farming Families, Pro-US Constitution (unlike Trump!) Republican. Would U consider endorsing my candidaacy at a noon rally at Tinley? e-mail me one way or t’other please!