From being expelled from 2 different high schools, reaching $100,000 in debt with his business, to becoming a successful fitness entrepreneur and model.

Joel Bushby has had his fair share of ups and downs, but one thing never changed, and that’s his drive to turn his goals into reality.

While he failed a year in school and was told by teachers that he’d never amount to anything. Joel stayed true to his own vision of becoming successful. With years of commitment and hard work, he’s grown a lasting career in online coaching and fitness modeling – proving everyone who doubted him wrong.

“My theory is, as long as you’ve got a roof over your head & food on the table then you’ve got nothing to stress about. No matter how hard you think you’ve got it, there’s always someone else out there that’s got it a lot worse then you do.” 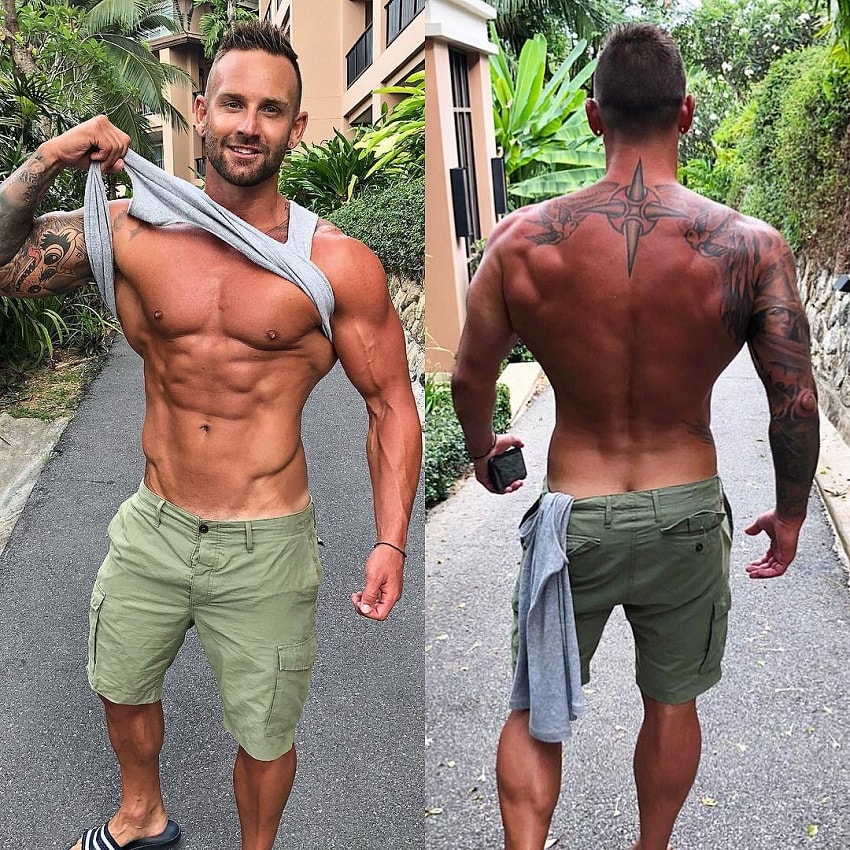 “Be grateful & appreciate all that you’ve got right now. Remember, the luckiest person in the room is always the hardest worker.” 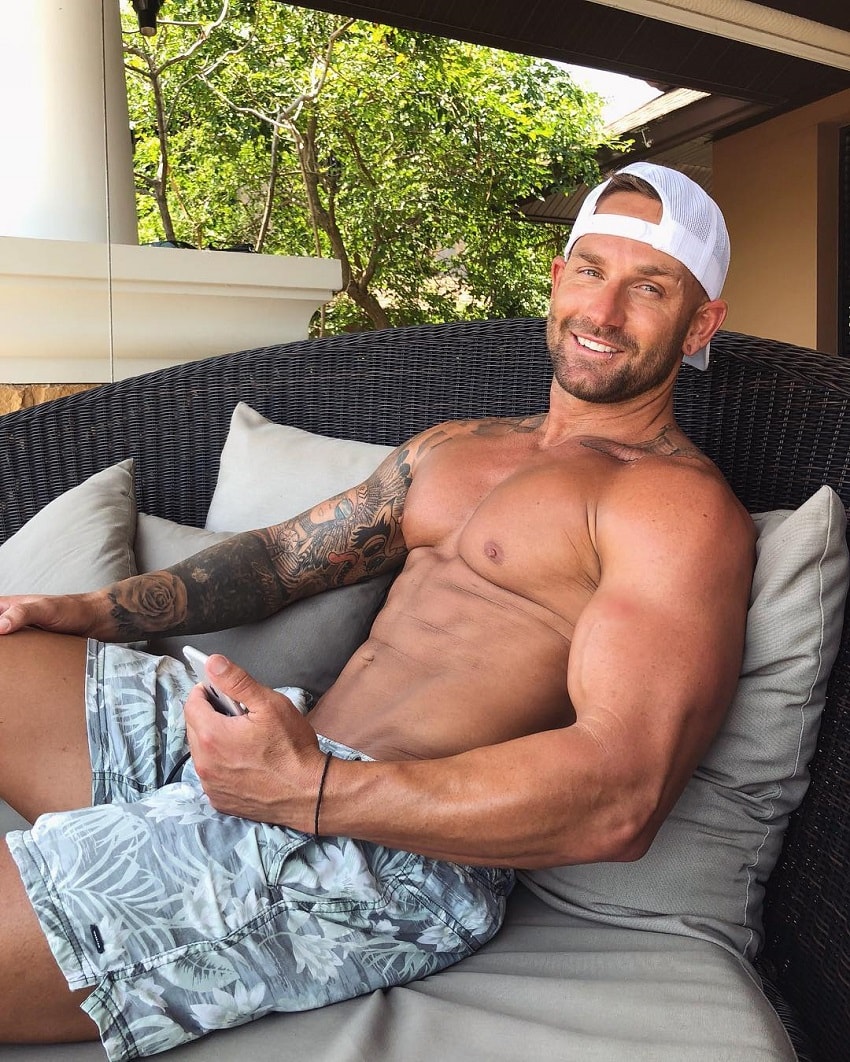 “If I can’t inspire you to get into the best shape of your life then I’m going to do my damn best to inspire you to live every day like it’s your last. Life is a short and delicate thing, make this one count.”

Recalling his early childhood, Joel Bushby says he was an avid sportsman, but had a hard time keeping up with school. He couldn’t comprehend or concentrate on the tasks assigned by his teachers, as he was dyslexic and had a short attention span.

“Growing up in school I found it really hard to comprehend or concentrate as I was dyslexic, hyperactive & had an extremely short attention span.”

Because he was so uncomfortable spending time in school, Joel got himself “into a lot of trouble.” His problems became so serious that Joel had to repeat a year in school because he couldn’t keep up academically.

Over the years, Joel got expelled from two different high schools as his concentration problems became worse and worse. Numerous teachers and principals told him that he wouldn’t amount to anything in life. At the time, Joe believed this was true. 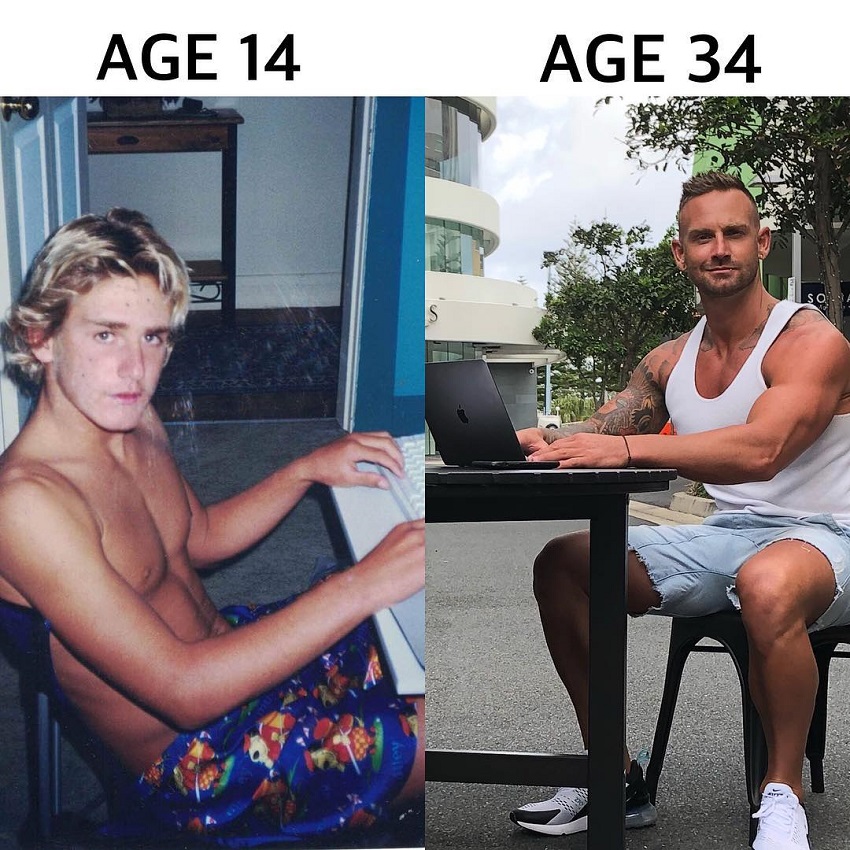 Joel Bushby before and now.

Going After His Dreams

As he grew older, Joel began to realize that he could pursue his dreams in life, despite what some of his teachers told him. As someone who always loved physical exercise and fitness, he decided to pursue his passion of becoming a fitness coach. But making this decision was extremely difficult for Joel.

During his early and mid-20s, Joel worked at a perfectly secure job. He had no reason to abandon it, except one – his passion for starting his own fitness business.

“Before I ﬁrst began my journey as a fitness professional, it was extremely scary for me to give up a perfectly secure job and leave all of my closest friends, move away and to ﬁnd the conﬁdence to begin chasing my dreams.”

In time, Joel decided to take the plunge and fully commit himself to making his dreams a reality – starting his fitness business in 2008.

In his first year of starting a business, Joel faced a lot of obstacles. The biggest of them was the debt he accumulated over the months, reaching over $100,000 at one point.

Everyone close to Joel told him to abandon his pursuits and get back to “real work,” but Joel had a vision and he didn’t plan on abandoning it. He knew that in time, he’d succeed. 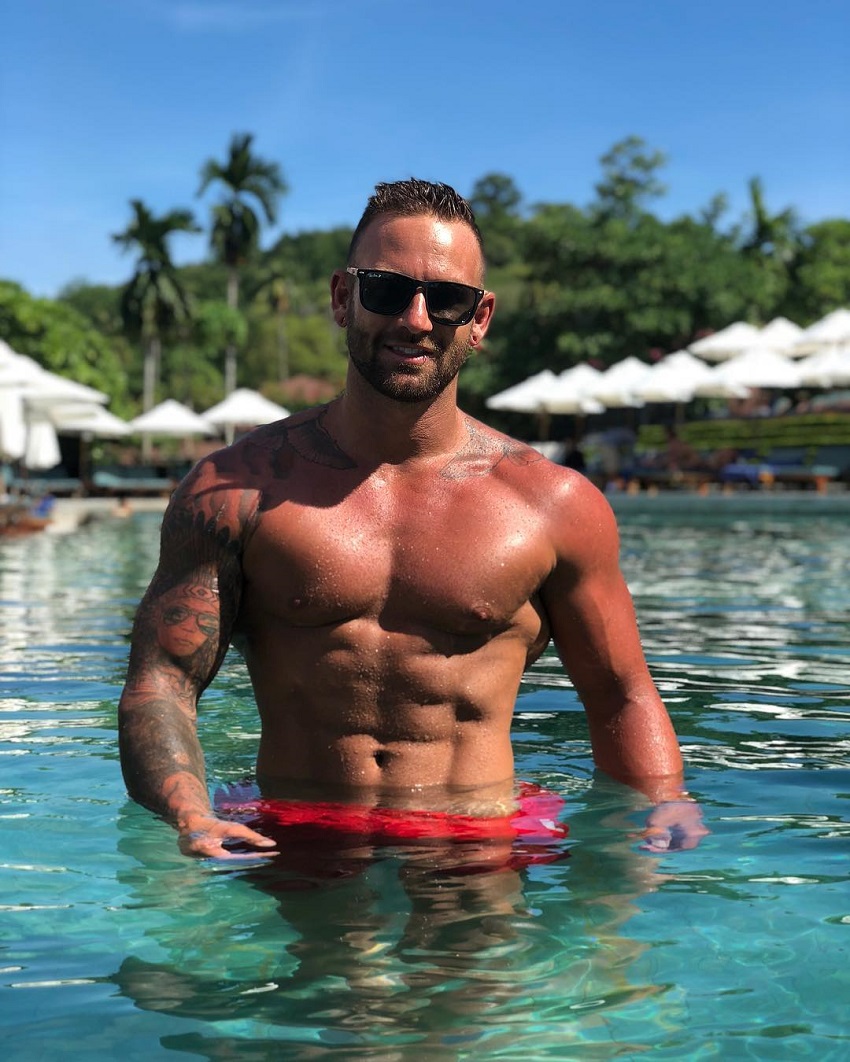 After years of struggle, Joel finally saw first signs of progress in his business. He gradually paid off all of his debts and started growing his business.

Throughout the process, Joel found a whole new confidence and sense of self-belief. In his words; “I have discovered a whole new found conﬁdence and belief in myself in which I now pass on to others to begin transforming their worlds.”

Joel is now an owner of a fitness company, as well as a cover model, bodybuilding competitor, and transformation expert with a remarkable portfolio. 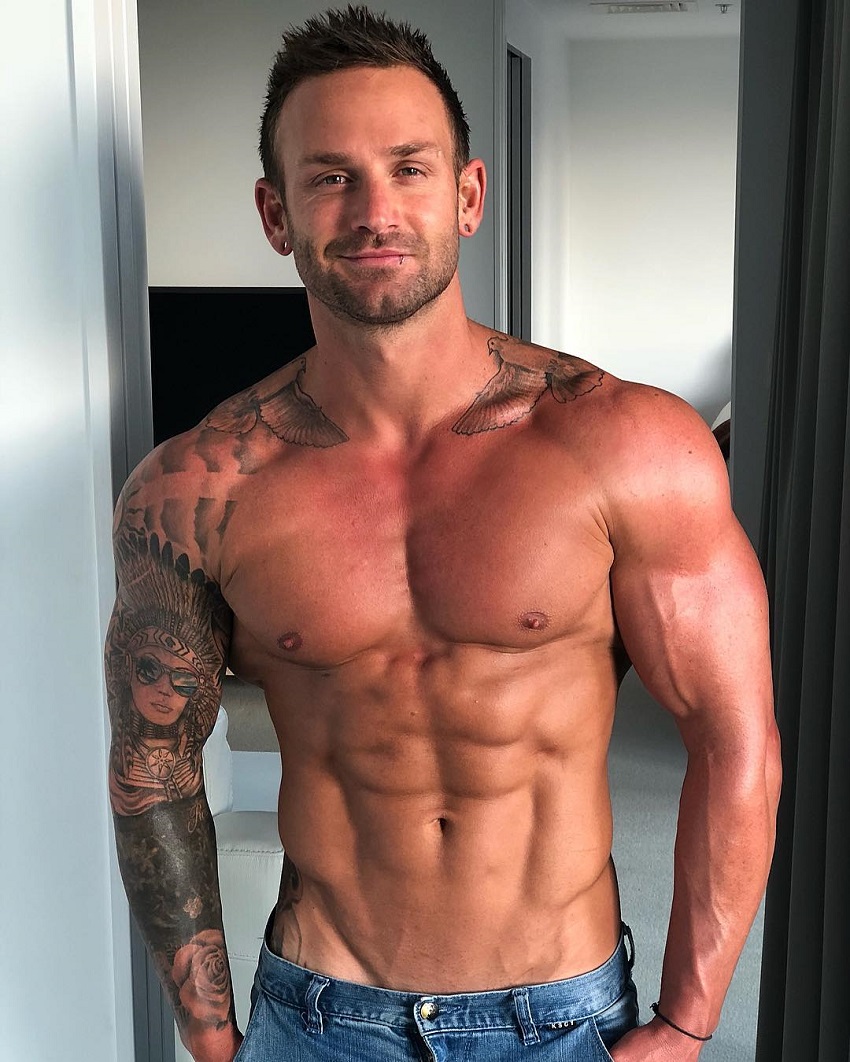 Joel’s typical day starts with a 45-minute walk in nature. While this might seem like a chore to some people, it’s something Joel actually enjoys doing. He said; “To me, it’s just like breathing, you just do it.

I enjoy the colours of nature and watching the sun rise. I believe it’s good for your soul and it charges your batteries for the day ahead.”

He trains up to four different muscle groups per workout. He always trains with high intensity and focus. 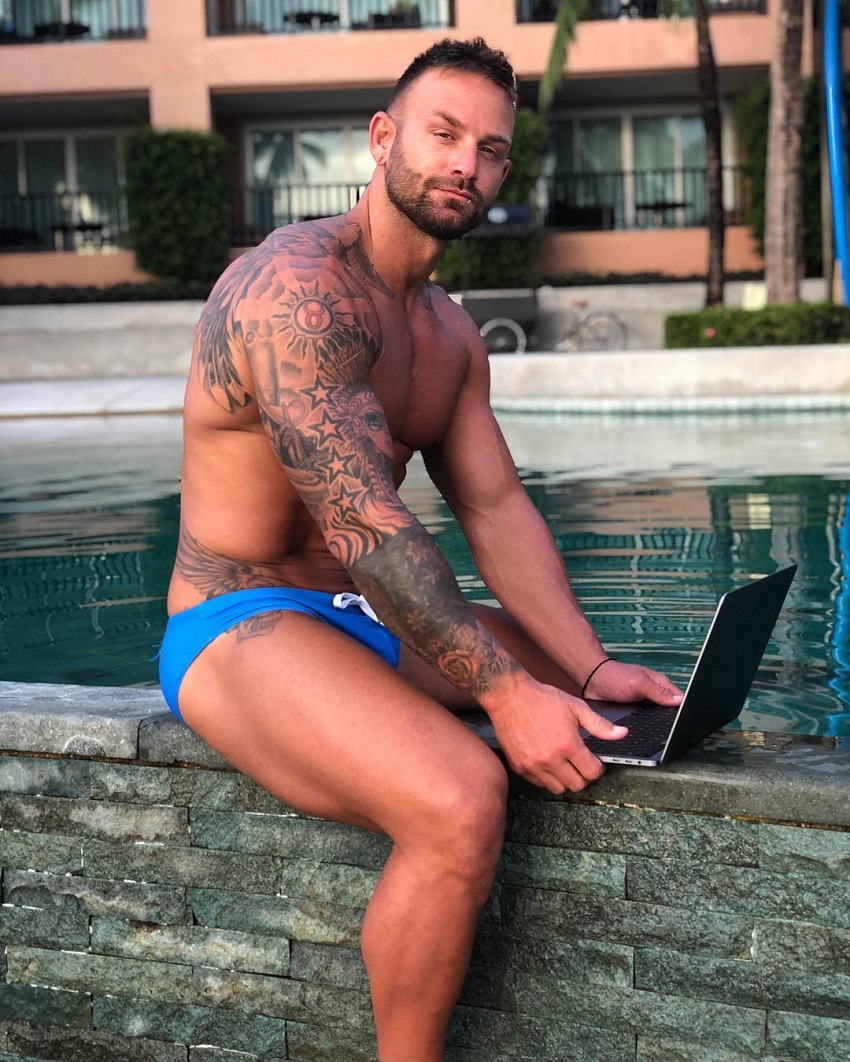 An example of a push day for Joel would be;

A pull day would look like this for Joel; 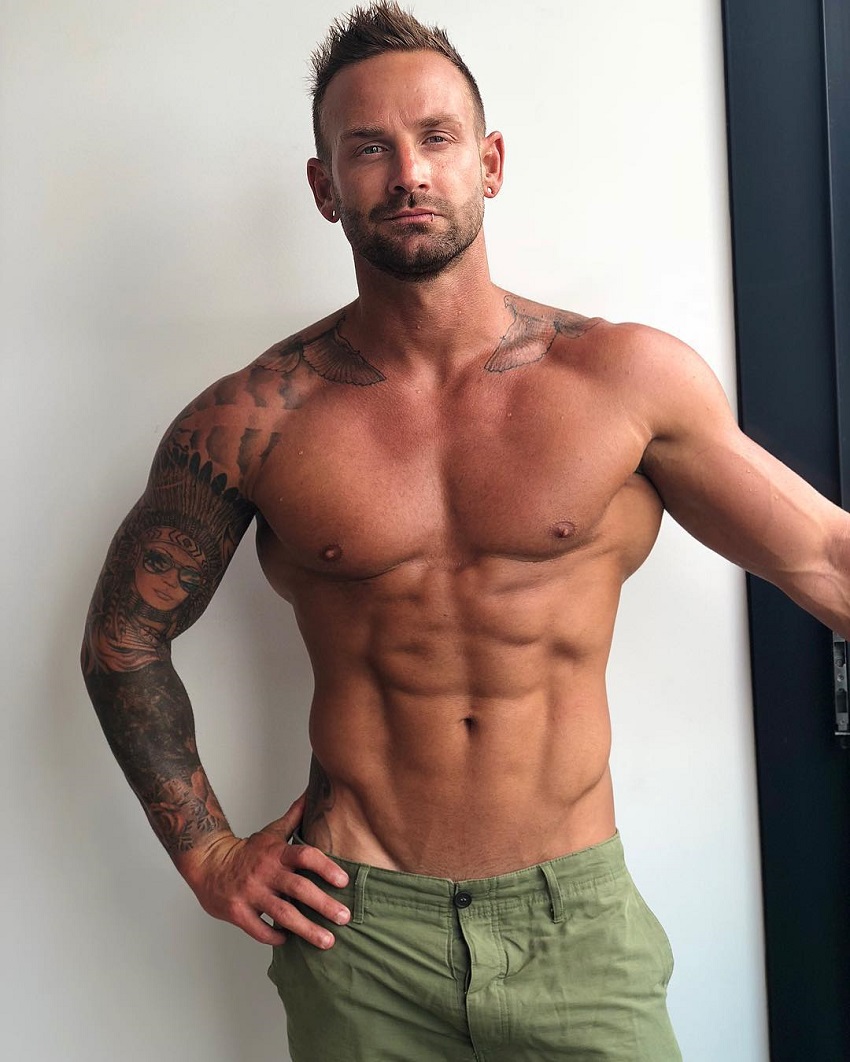 Joel’s typical day consists of wholesome and organic foods. He buys most of his groceries from the farmers market, saying; “if I was to go to a supermarket I would find all my food around the perimeter, not down the aisles.”

Joel gets most of his protein from lean red meat, eggs, chicken and fish. He also consumes some healthy fats in the form of avocados, coconut oil, and nuts. For carbs, Joel eats fruits, brown rice, sweet potatoes, and oats.

Joel also drinks a lot of water throughout the day, believing that this is incredibly important for muscle growth and general health.

Joel only takes a handful of supplements, they are;

When he was in debt during his first year in business, Joel had only one person who could help him overcome his obstacles – himself.

Thanks to his vision and self-belief, Joel was able to achieve his dreams in fitness, in spite of people telling him he wouldn’t make it. 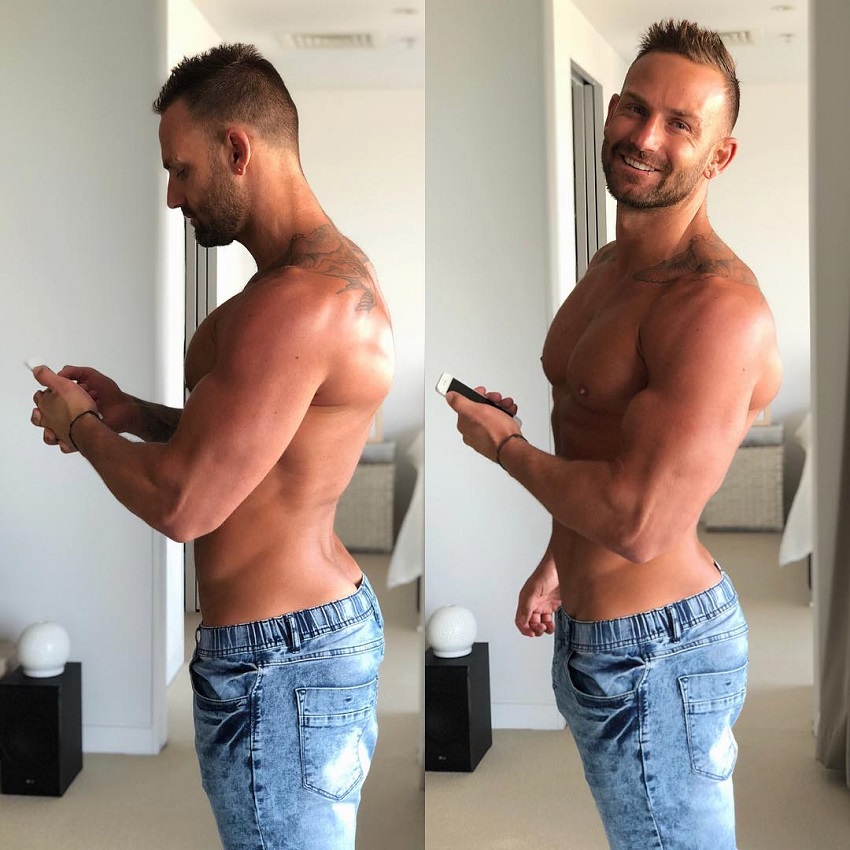 “Enjoy the whole experience and never give up. I have never given up and never will and am slowly making my way to the top.”

What we can learn from Joel Bushby

One simple lesson we could learn from Joel Bushby, is to always believe in yourself, no matter what others tell you.

On your road towards success, people might try to put you down or discourage you from pursuing your goals, but don’t let their words get the better of you.

Believe in yourself, have a strong vision, and work hard, that’s Joel Bushby’s motto for reaching success

Very inspiring! Good for you!