Joseph “Joe” Weider AKA The Master Blaster was a legendary Canadian bodybuilder, author, and entrepreneur. He was the co-founder of IFBB, creator Mr. and Ms. Olympia, and publisher of numerous world-renowned fitness magazines.

Growing up in a poor family, Joe had seen his lifelong efforts bring the term bodybuilding to the mainstream. Throughout 50s, 60s, 70s, 80s, and 90s, he and his brother Ben built an empire in fitness; starting a chain of successful supplement companies, and organizing world’s biggest bodybuilding events.

Joe’s importance in bodybuilding was best described by his friend, Arnold Schwarzenegger. In his tribute to Joe, Arnold Said; “I knew about Joe Weider long before I met him—he was the godfather of fitness who told all of us to “Be Somebody with a Body.” He taught us that through hard work and training we could all be champions.”

Joe Weider died in 2013, at the age of 92, leaving behind a legacy that is “forever engraved” in the history of bodybuilding. 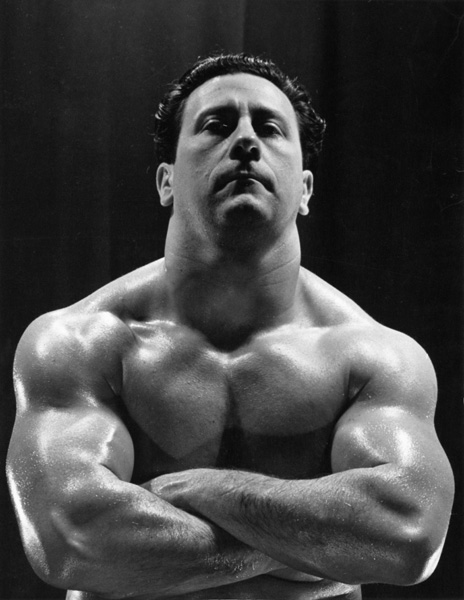 “Those who are humble and ambitious are destined for success.” 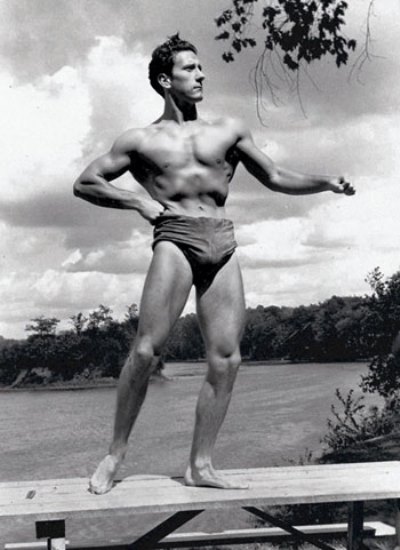 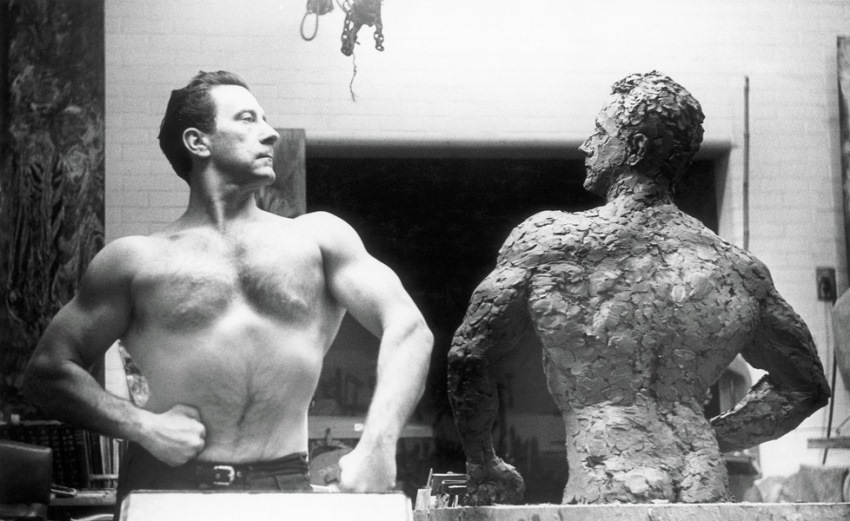 Born to Polish-Jewish parents, Joseph “Joe” Weider grew up in Montreal Canada as one of four children in the family.

Joe’s parents were poor, so he had to quit school after the seventh grade to help support his family. He was also bullied by his neighbors during this time, because of his “fragile” looks.

These unfortunate circumstances made Joe’s start to life hard; however, he didn’t let them stop him from chasing his ambitions.

In 1940, Joe decided to take up weightlifting so he could become stronger; building a set of barbells out of a pair of destroyed car wheels and axles in his family garage.

That same year, he published his first fitness magazine, after spending many months creating it on his mother’s kitchen table.

This is where his passion for entrepreneurship and bodybuilding started to “emerge”. After publishing his first magazine, Joe began helping his brother with his newly-founded sports nutrition company, as well as creating his own training courses.

However, bodybuilding wasn’t popular back in the day; in fact, it was somewhat of a “taboo” topic. Because of this, Joe had a tough time getting new clients and building a name for himself in the mainstream media. Still, he was determined to “shine the light” over the sport, and popularize it among people.

“We bodybuilders used to live in a little world all unto itself, shunned by the rest of the world, but now bodybuilding was getting its due.” 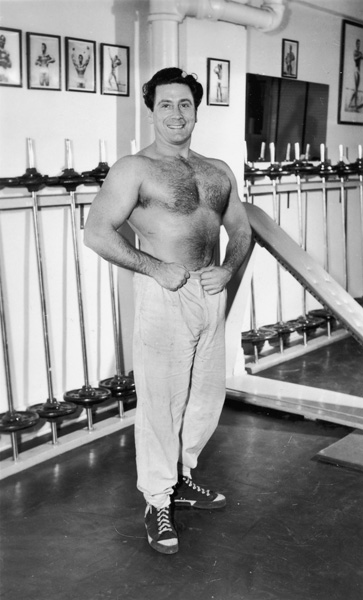 Soon, Joe’s dream of bringing bodybuilding to the wider public became a reality. His business started growing enormously once his brother Ben returned from serving in the Canadian army. At the time, the two brothers “joined forces”, and started working on expanding their sports nutrition and personal training companies.

They took everything one step further in 1946, when they launched their bodybuilding federation; staging the first ever Mr. Canada contest.

From there on, Joe and Ben continued growing their bodybuilding legacy through their publications – including some of the most renowned fitness magazines which are popular to this day.

Staying true to his commitment to bodybuilding, Joe maintained an incredible shape throughout this entire period; attracting more and more people in the once-unknown world of bodybuilding, using his lifestyle as an example.

Working with Schwarzenegger, and Mr. Olympia

In 1965, the brothers started the Mr. Olympia bodybuilding contest, which has grown into one of the biggest annual sports events in the world over the years. At the time, however, their only goal was to compete with the NABBA’s Mr. Universe.

During this time, Joe began working with a former bodybuilder, actor, and a governor of California, Arnold Schwarzenegger. Unknown to the bodybuilding world at the time, Arnold first began gaining fame after Joe got him his first movie role in Hercules in New York (1969).

He also participated in Joe’s Mr. Olympia contest for the first time that year, finishing in 2nd place behind the legendary Sergio Oliva from Cuba.

There were periods throughout the 1970s and early 80s where Joe had problems with the FTC (Federal Trade Commission) due to the label claims on his products. This forced him to change some of the claims, which were held as untrue; eventually leading to a drop in profit from his business.

Despite the issues, Joe still managed to register hundreds of millions of dollars in profit from his supplement companies.

By 1981, Joe Weider became a legendary name in the world of bodybuilding. That year, he and Ben wrote a popular book “The Weider System of Bodybuilding” which was promoted through their magazines. In 2003 the brothers sold their magazine businesses (2003) for a staggering 357 million dollars.

In 2006, Joe was presented with the Venice Muscle Beach Hall of Fame’s Lifetime Achievement accolade, by none other than his protégé Arnold Schwarzenegger. Arnold said that Joe introduced him to the world of bodybuilding, and inspired him to come to the America to chase his dreams.

Several months later, both Joe and his brother received another award from the Young Men’s Hebrew Association, thanks to their invaluable work in bodybuilding.

Joe Weider died on March 23, 2013 at the age of 92, as a result of heart failure. He is survived by his wife Betty Weider, and daughter Lydia. 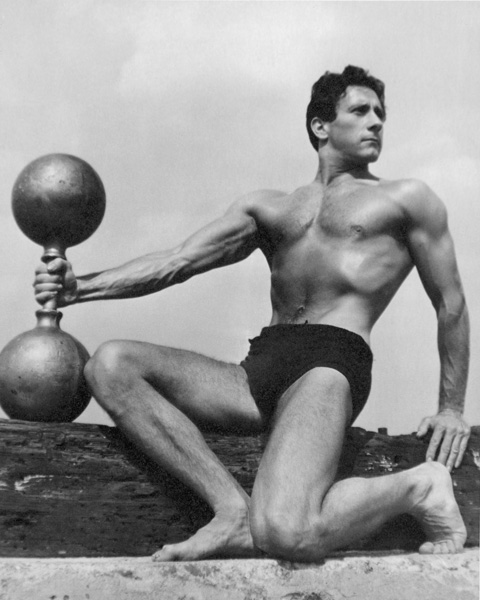 This principle includes doing the set until failure, and then getting a spotter to help with a few additional repetitions. This way, muscles are pushed beyond failure, and are forced into a new growth.

The Principle of Pre-Exhausting the Muscle

Joe’s Pre-Exhaustion method involves training a muscle with an isolation exercise first, and going for the compound multi-joint exercises in the late stages of a workout.

The goal of this principle is to fatigue a targeted muscle first, so that when the multi-joint exercises are performed later, the muscle receives overload more easily.

The Principle of Confusing the Muscle

In this one, Joe advocated constantly changing variables in workouts, such as the rest periods, the number of repetitions, weight, positioning, and even training frequency.

The premise of this principle is to never let the muscles to adapt; thus creating additional hypertrophy.

The main rule of this principle is to train the weaker muscle groups first, when the body isn’t fatigued.

This ultimately allows the muscles to be trained with heavier weights and with higher intensity, which results in better muscle growth.

Joe often preached using partial reps instead of full range-of-motion in the case of an injury. He believed that partial reps could induce the same muscle response, and overall growth, as the regular full-movement repetition.

This was confirmed by several studies, which have shown that people who followed this principle have noticed the same strength and size increase as those who didn’t.

After three months of doing this program, Joe suggested moving to his more advanced routine. It looks like this; 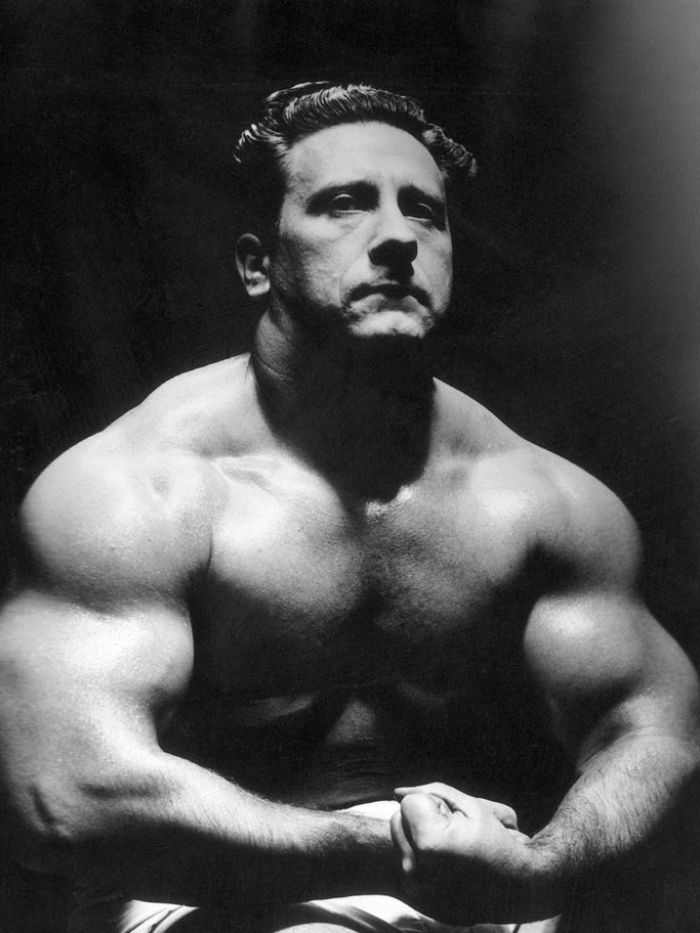 Joe always believed that diet is the most important component of bodybuilding. He used to say; “diet is 75% of the battle.”

Below are some of his guidelines for having a good bodybuilders diet.

Do
1. “Eat a little protein at each meal. Eat beef, fish, poultry, eggs, and milk products. Your body can digest and assimilate only 30 grams of protein per feeding, so you needn’t eat huge protein meals.”
2. “Eat fresh fruits and vegetables, all as close to being raw as possible.”
3. “Eat a little vegetable fat in the form of seeds and nuts for skin and nerve health.”
4. “Eat a chelated multiple-mineral and multiple-vitamin supplement with each meal.”
5. “Eat with as much variety as possible.”
6. “Eat at least three meals per day. Small meals are digested and utilized more efficiently by the body.”
7. “Drink plenty of pure water.”

Don’t
1. “Eat junk foods, which are highly processed, fried, or full of sugar and white flour.”
2. “Drink soft drinks or alcoholic beverages.”
3. “Use too much salt or other seasonings.” 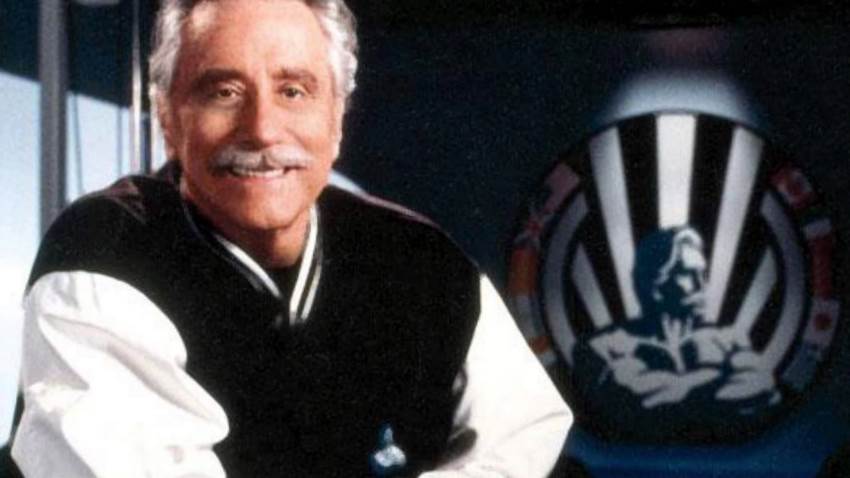 To achieve everything he did in his several-decade-long “reign”, Joe had to be his own motivation for most of the time.

Whenever he was faced with an obstacle in his life, Joe always saw a bigger picture, and overcame everything negative that came in his way. That’s one of the reasons for his enormous success in the bodybuilding world and beyond. 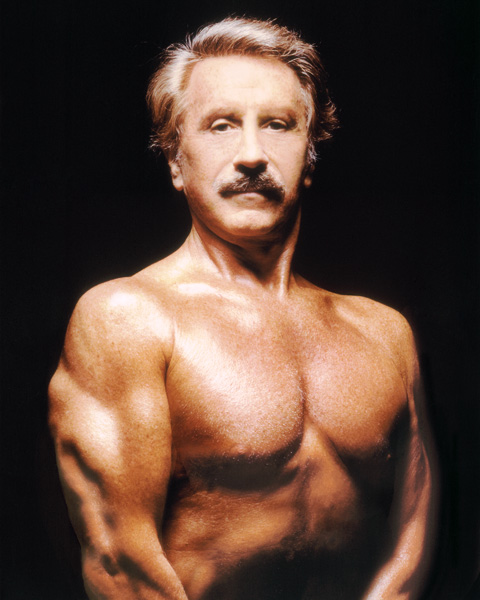 What we can learn from Joe Weider

Joe Weider started his life from the bottom; having to quit school at 12, and feed his family as a kid. His awe-worthy mindset and character have allowed him to learn from these difficult events, and to eventually come stronger. It’s these tough patches that helped shape him into a true legend in the world of bodybuilding.

If there’s one thing we can learn from Joseph Weider, it would be to never stop believing. His story is a proof that with the right attitude, literally nothing is impossible in life.

Keep pushing forward, and let this quote from Joe be your source of motivation to achieve your goals in life;

“Strive for excellence, exceed yourself, love your friend, speak the truth, practice fidelity and honor your father and mother. These principles will help you to master yourself, make you strong, give you hope and put you on the path to greatness.” – Joseph Weider

Wow truly some nicely written words.
A great man with wise words.
This article inspires me.

The picture following the training programs, looks like his head superimposed on a bodybuilder from the 70’s-early 80’s. The difference between that photo, and all the other images, is like night and day. Photoshop much?