Joseph ‘Joe’ Solinski is an entrepreneur, personal trainer, and classic physique competitor from San Antonio, Texas. Joe began his bodybuilding journey when he was 5, after being inspired by his mother who was a preacher of an active lifestyle.

Joe’s passion for bodybuilding grew stronger over the years, and he went from doing bodyweight exercises, to full-on strength training, and eventually, competing in bodybuilding shows. This competitive lifestyle lasted from 1982 to 1985. After marrying his wife Tammy in 1986, Joe stopped competing and turned his focus on his personal life.

However, his love for bodybuilding was still very much alive. He continued training in the gym for his own pleasure, away from the stage.

After 25 years of absence from the competitive sport, Joe was hit with nostalgia and decided to make a comeback. At 49 years old, he stepped on stage once again, and to everyone’s surprise, he won the show. From that point on, he continued competing in bodybuilding shows for the next several years, and started a personal training business. 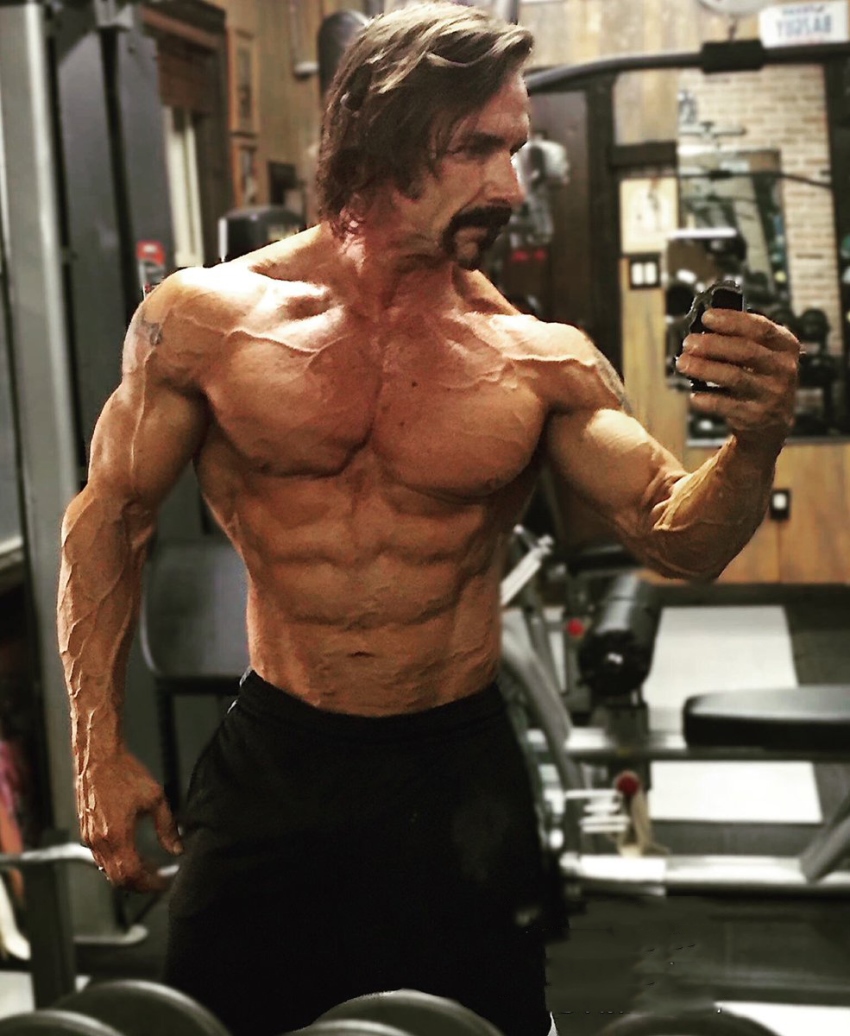 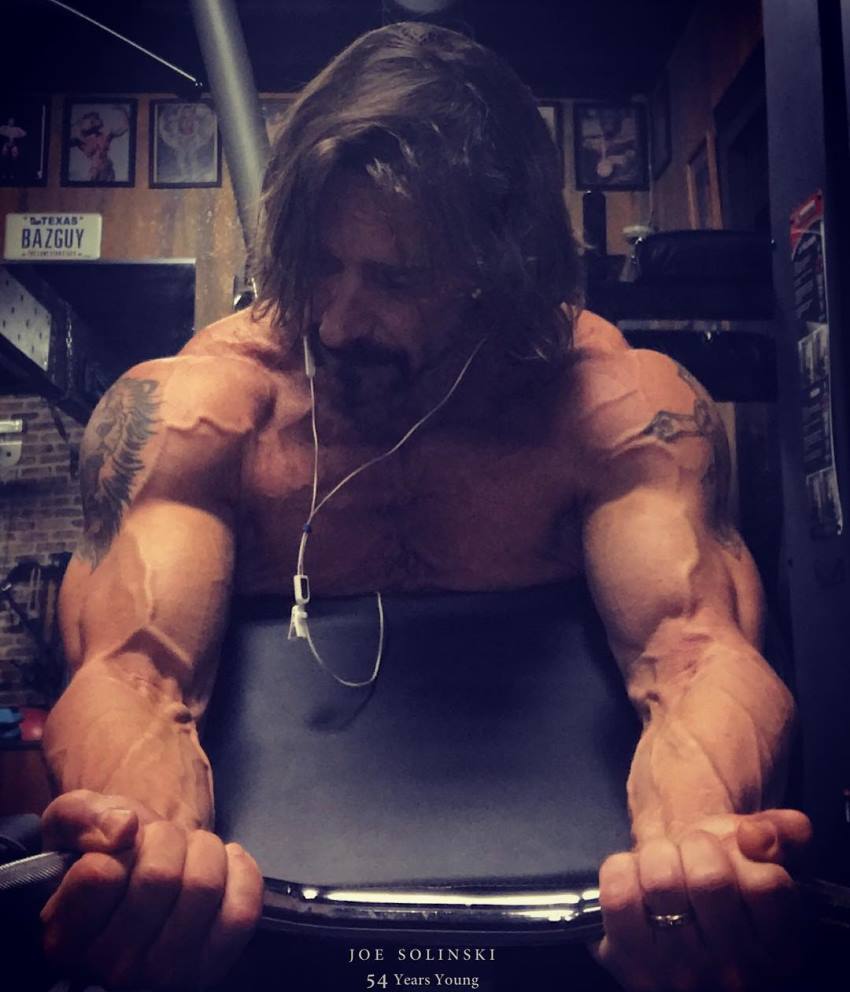 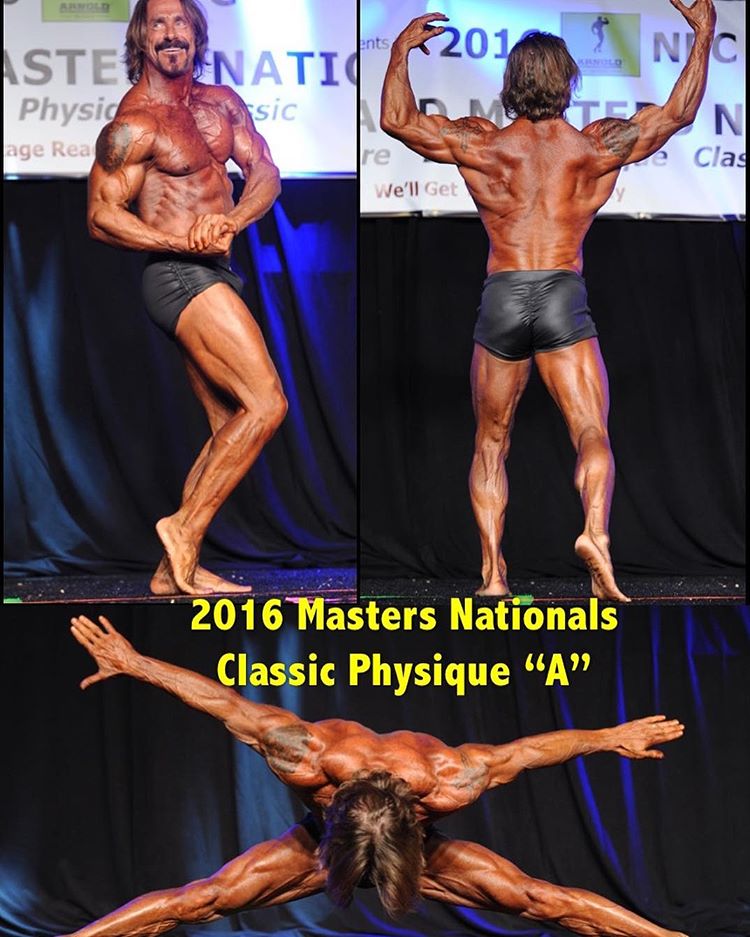 Joe Solinski was born and raised in San Antonio, Texas. He grew up with a brother who was a sportsman, a mother who was passionate about fitness and nutrition, and a father who was a professional baseball and football player in his youth.

“My earliest memories of fitness were with my Mom down in the basement of our house watching Jack LaLanne on TV with a broomstick and a chair.”

For Joe specifically, it all came down to bodybuilding. Since he was 5, Joe was fascinated by the thought of pushing his body “to its absolute max.”

In his early 20’s, Joe found inspiration in the likes of Frank Zane and Bruce Lee. These were the figures that inspired Joe to start competing in bodybuilding shows later on. 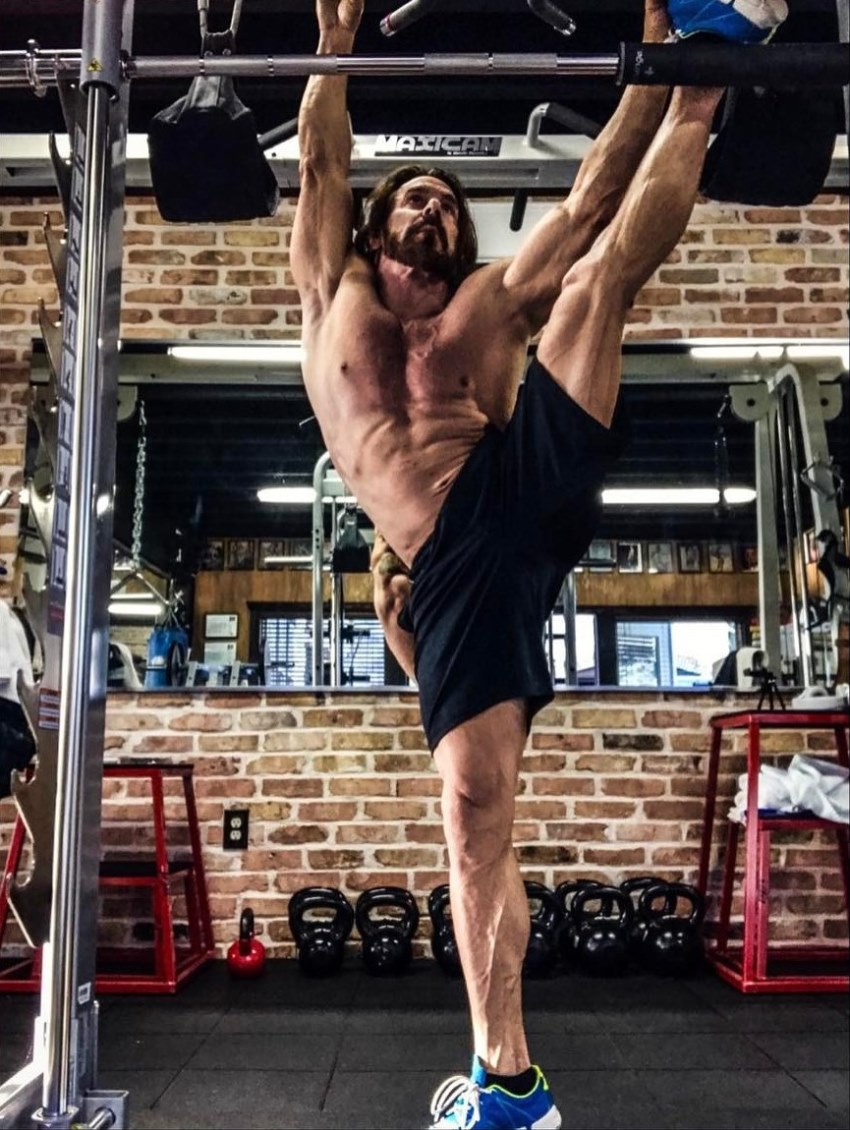 In 1980, Joe met his wife Tammy, who also had a keen interest in bodybuilding. She encouraged him to take part in his first local competition two years later.

After the first competition, Joe continued competing for three following years, until 1986. He said during that time he “rediscovered” himself, and tested his physical, as well as mental limits. He also added that all of the preparations and sacrifices that go with the sport strengthened his character.

After he got married to his wife Tammy in 1986, Joe decided to step away from the stage to focus on his personal life.

However, his passion for lifting the iron was still present. As he was no longer bound by a strict diet or training for competitions, Joe could train by his own rules.

“It was not uncommon for the competitors to use steroids and I decided that I would just do my own thing and stopped competing.” – Joseph “Joe” Solinski

He began combining functional and strength training with yoga, something he believed to be beneficial for his body, as well as the mind. 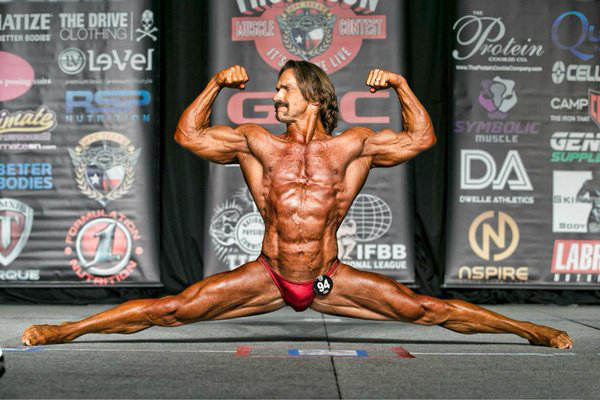 Returning Back After 25 Years

In 2010, Joe’s wife took part in her first competition, where she took home 3rd place in Open, and 2nd place in the Masters category.

Having seen his wife compete, Joe “got the bug again” after 25 years of absence from competing. One year later, he made a comeback at the 2011 Ronnie Coleman Classic (novice), winning the show at 49 years young.

This event brought many old memories back to Joe, and it made his love for competing and bodybuilding “that much stronger”. From there, he continued competing every year, sometimes twice a year.

By 2013, he’s managed to win 2 more shows, and became a runner-up in several others. The two victories were the 2012 NPC Europa Supershow Championships and the 2013 NPC Phil Heath Classic. 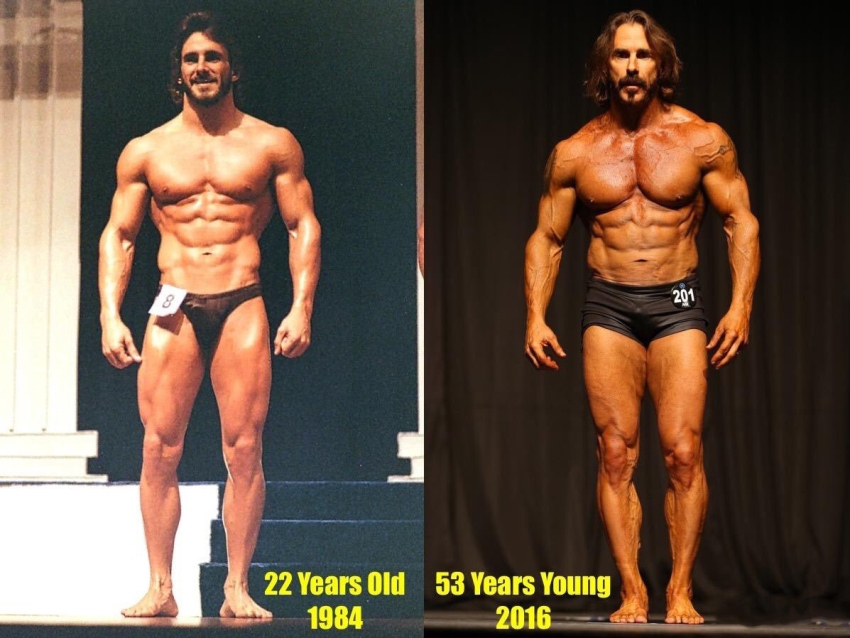 In his personal life, Joe is a husband, and a father of two. Naturally, preparations for shows, dieting, and training in the gym take up most of his free time, but Joe makes sure he gives priority to his family.

He’s also a president of a consulting firm and a part-time personal trainer, which makes his time management even tougher. However, Joe said he loves everything he does, and doesn’t find it hard to keep up with his daily obligations.

If he catches extra ‘free-time‘, Joe will usually spend it playing guitar – his favorite musical instrument. 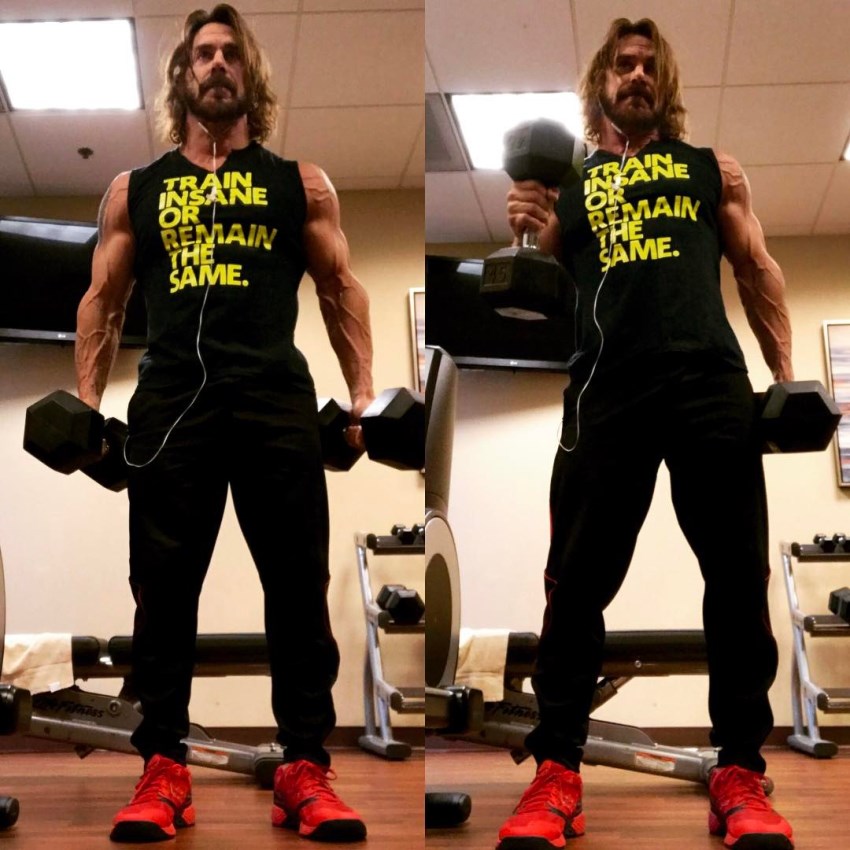 Jack LaLanne, Bruce Lee, and Frank Zane. These were the people who inspired Joe to forge himself into what he is today.

Frank had an aesthetic physique which motivated Joe to start “hitting it hard” in the gym, while Bruce was someone from whom Joe learned a lot about mental toughness and discipline. 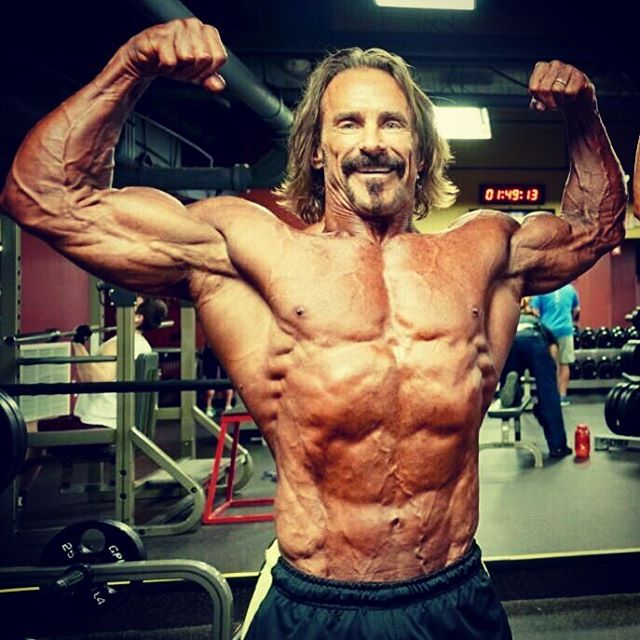 What we can learn from Joe Solinski

Joe Solinski is an example of living the life of your own design. As a youngster, he was passionate about the gym and competitions. Later, he got married and devoted his time towards his wife, children, and business.

Eventually, after 25 years, he came back to his old ways of competing. Having tasted success in different areas of his life, Joe proved that age is just a number, and just another excuse for not taking action in achieving your desired goals.

If there is one thing we could learn from Joe, it would be to stay determined and have set goals in mind, no matter where you are from, and no matter your age.